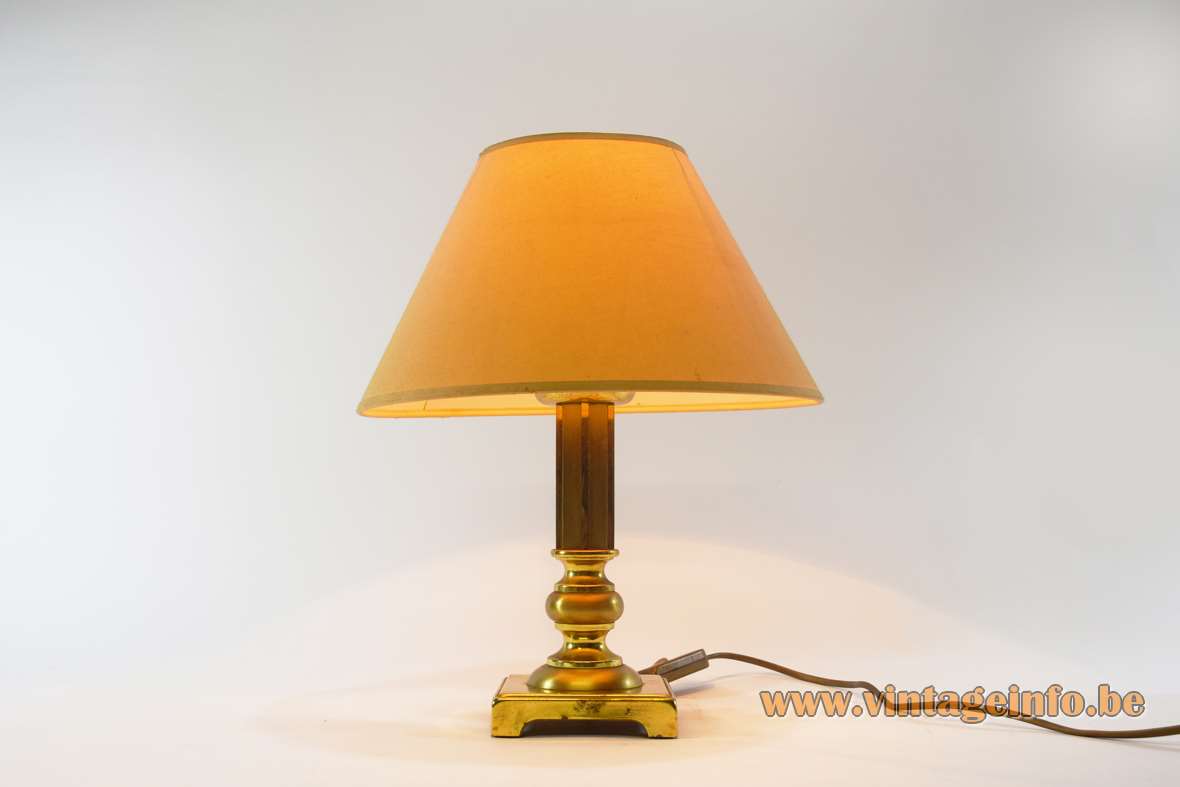 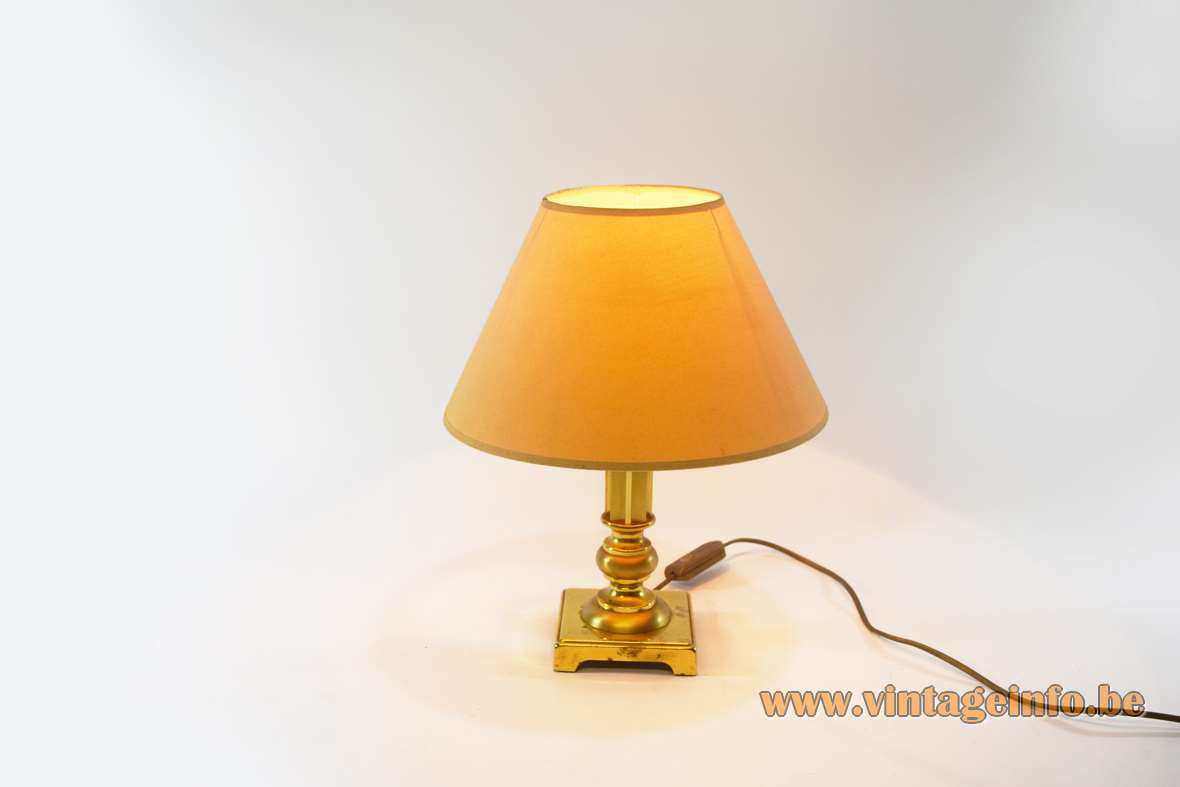 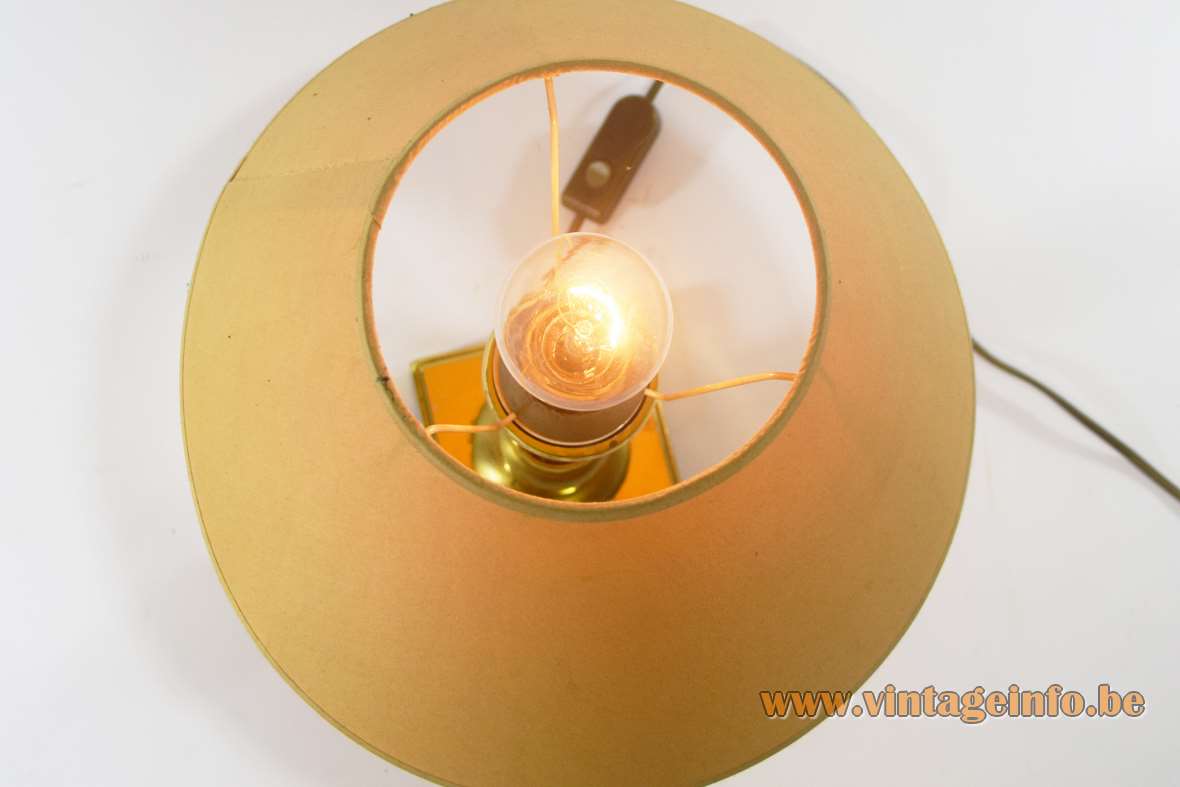 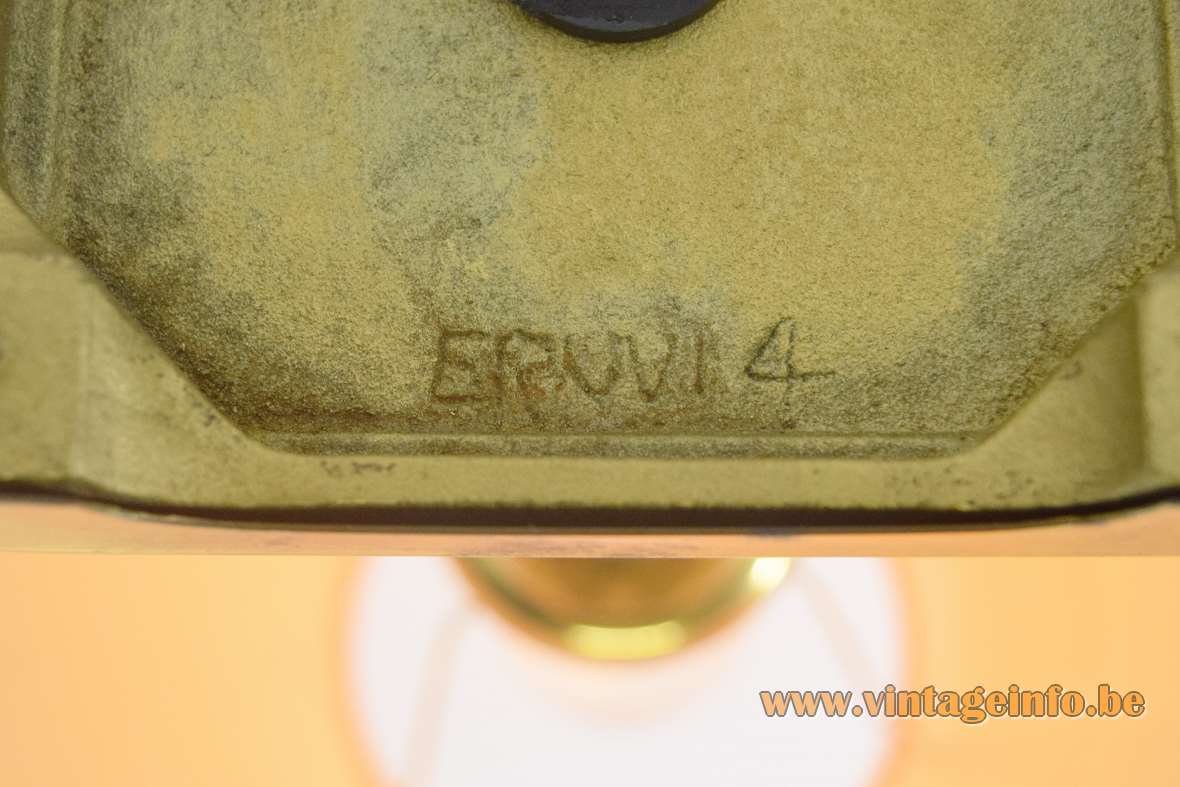 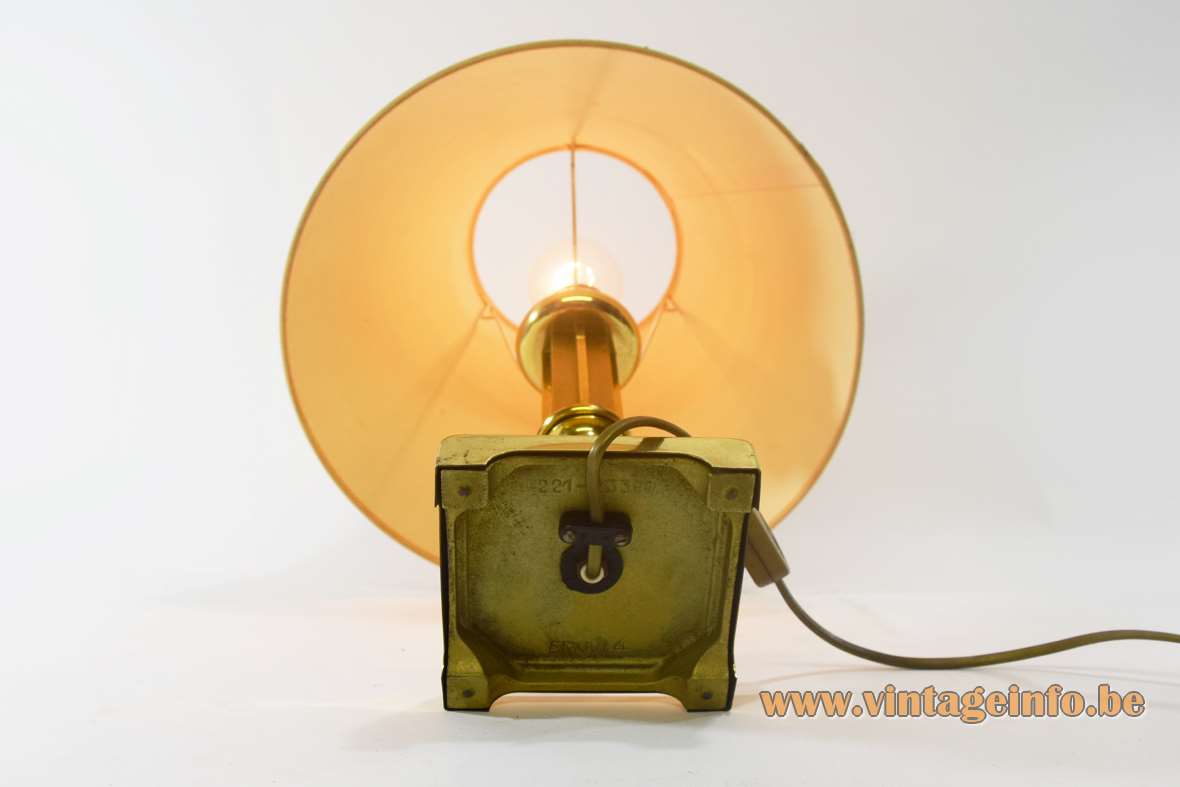 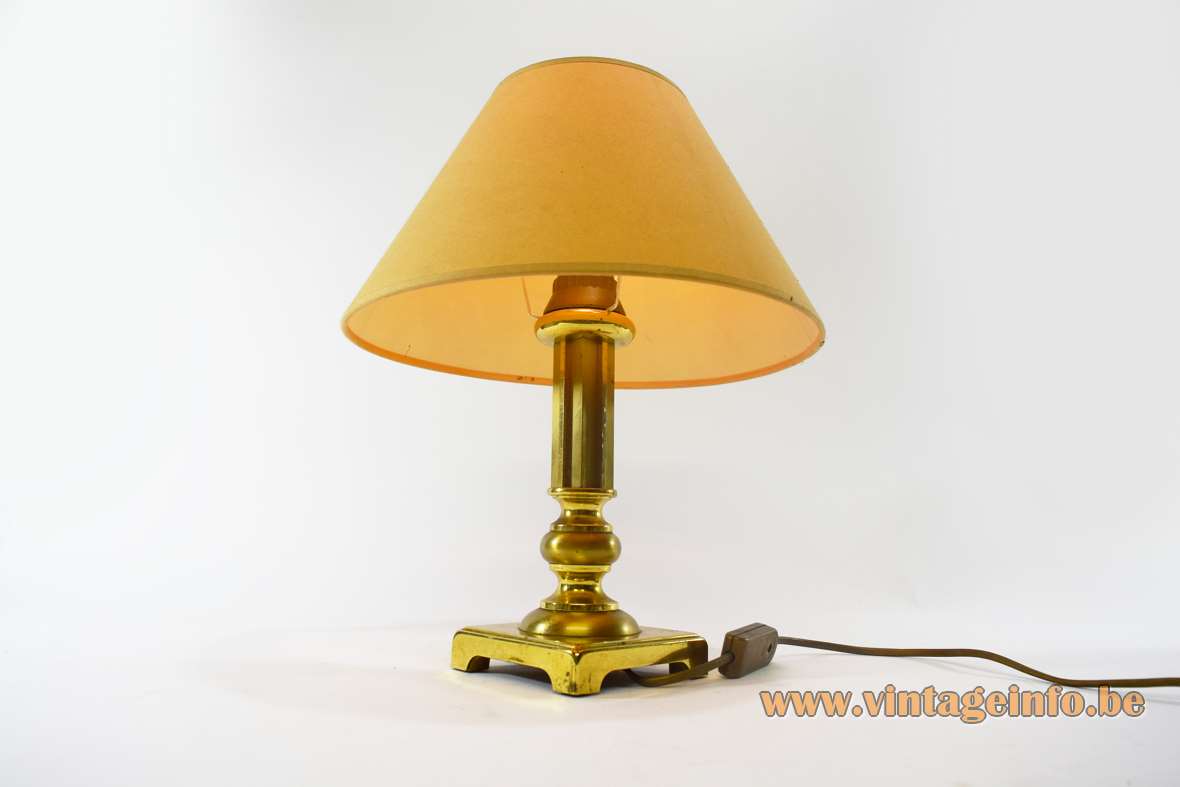 Other lamps with a cast iron Erwi base

Other versions: This Erwi 1980s brass table lamp was probably also made in a bigger version.

A typical lamp in the “Hollywood Regency” style. It has all the looks of a Sciolari table lamp, but it is not. All the Sciolari lamps have a cast iron counterweight made by Sciolari. It is moulded in the metal.

Kaiser Leuchten and Cosack Leuchten, both from Germany were a few of the most important lighting producing customers.

The switch and all the other electric parts were made by BJB in the late 80s, early 90s. The BJB company was founded in 1867 and started with petroleum lighting. The company still exists. Today they produce LED lamps, terminal blocks and connectors, lamp holders for conventional lighting and switches. They are active in the whole world. BJB GmbH & Co. KG is located on Werler Strasse 1, 59755, Arnsberg, Germany.

The BJB company confirmed that the switch is produced by them since the 1970s. The switches were all integrated in luminaires by lamp manufacturers. 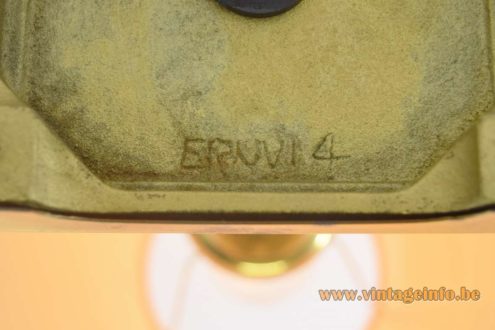