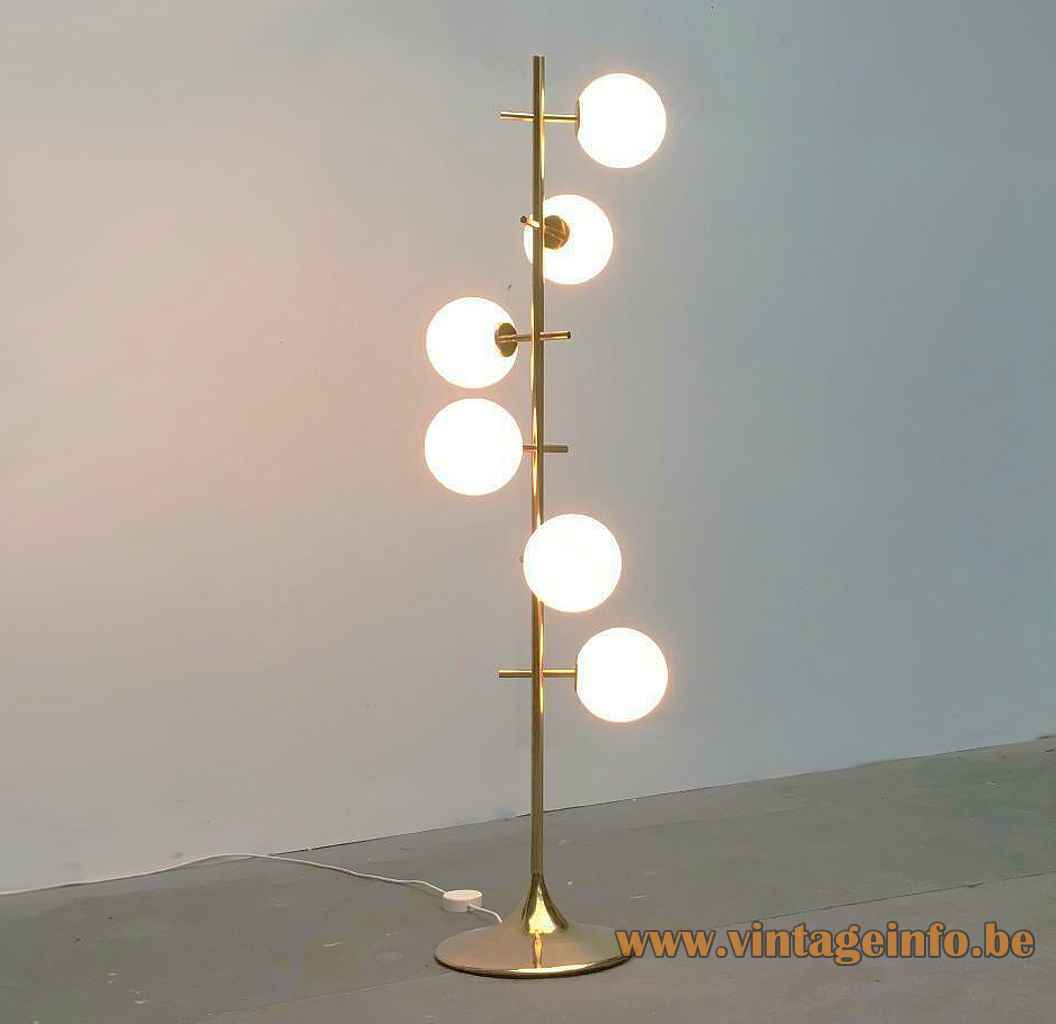 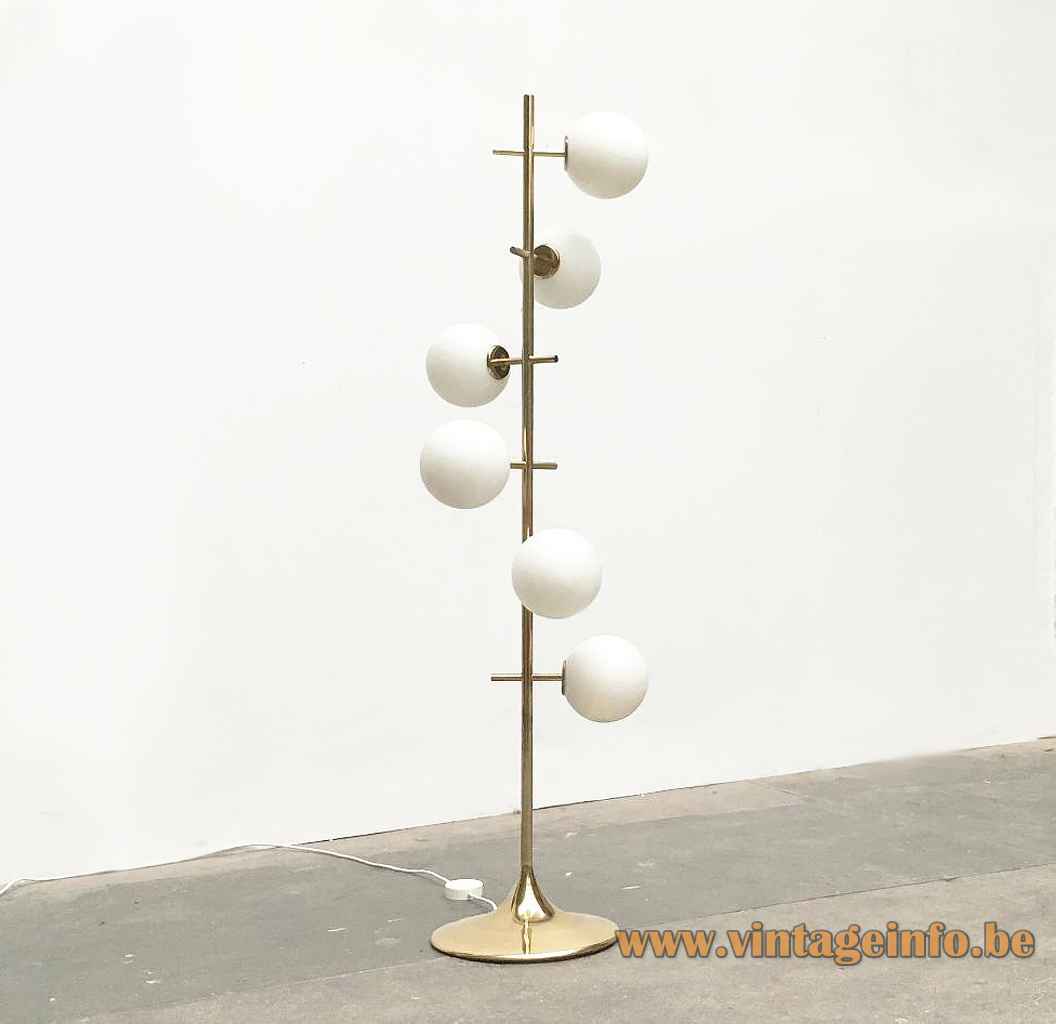 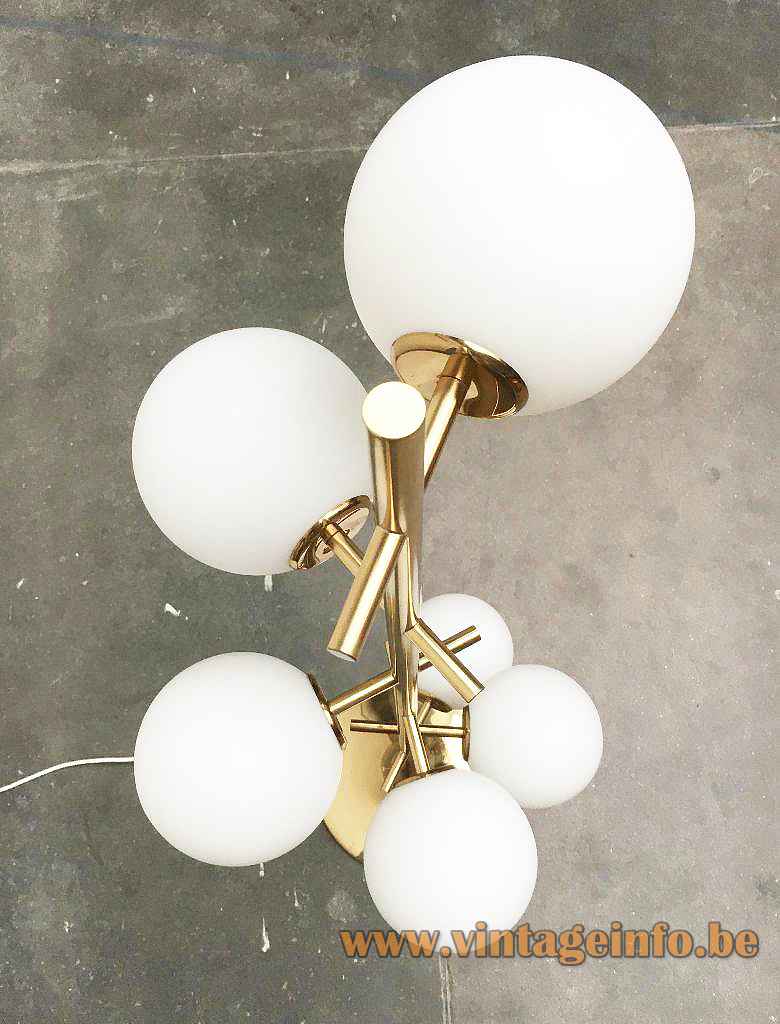 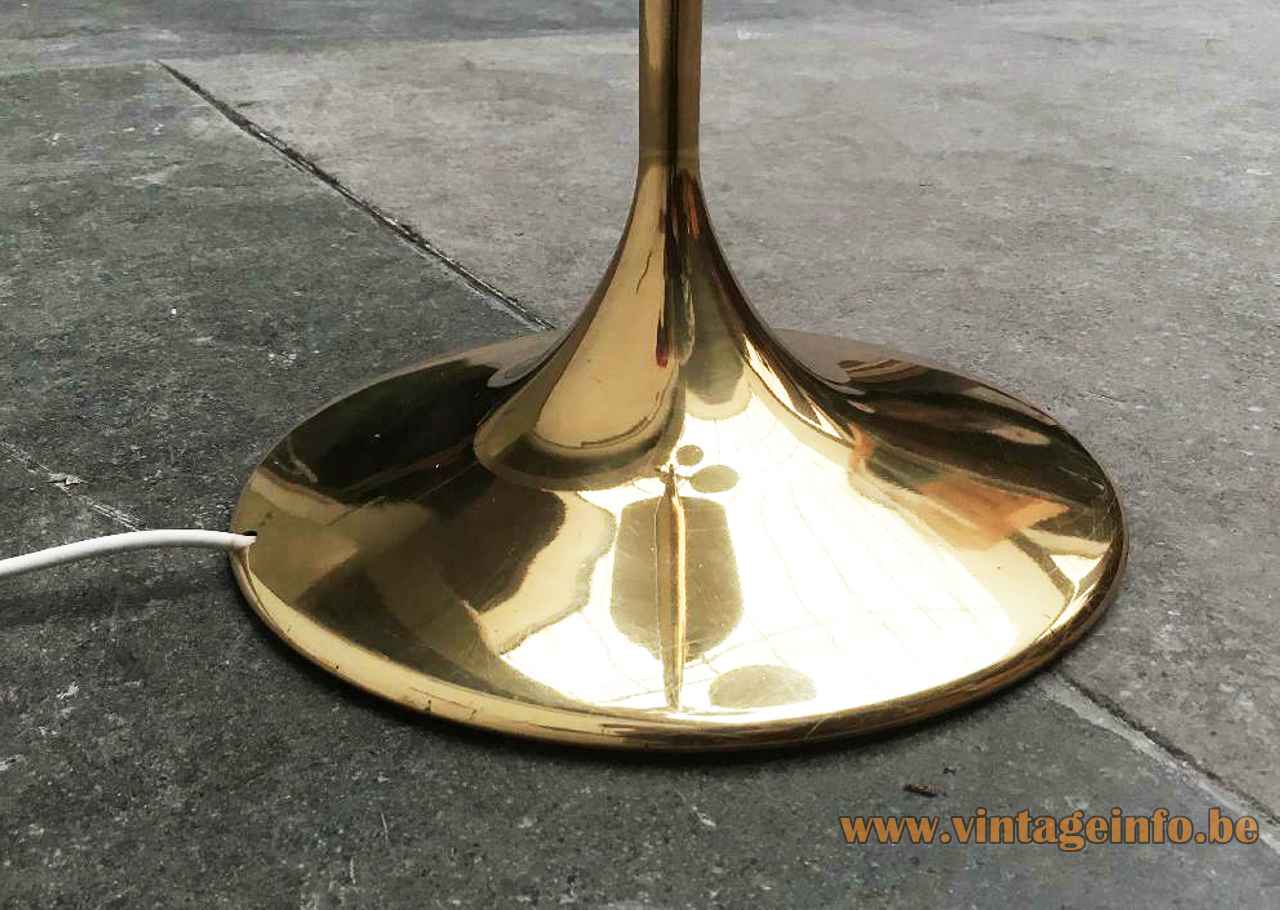 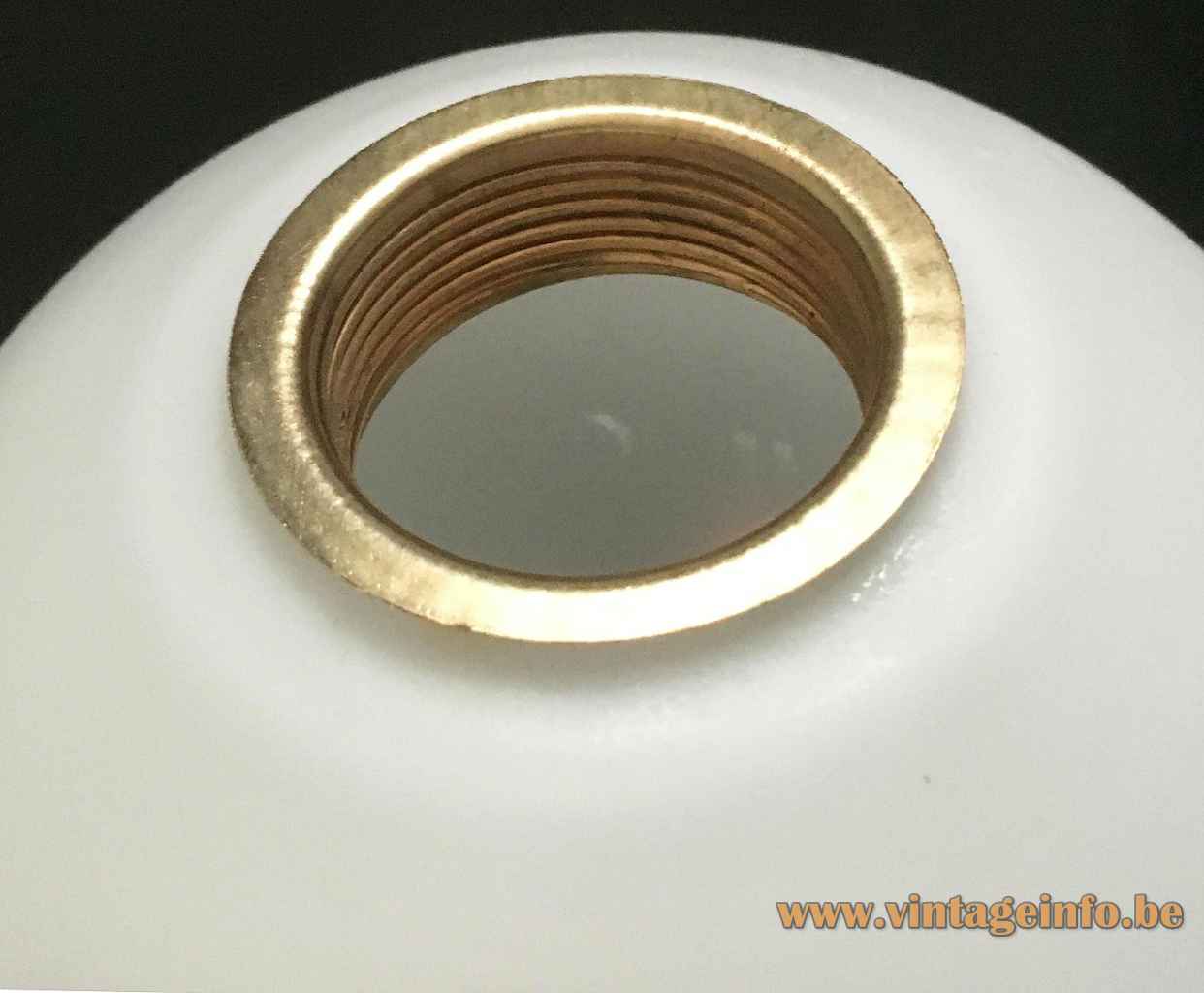 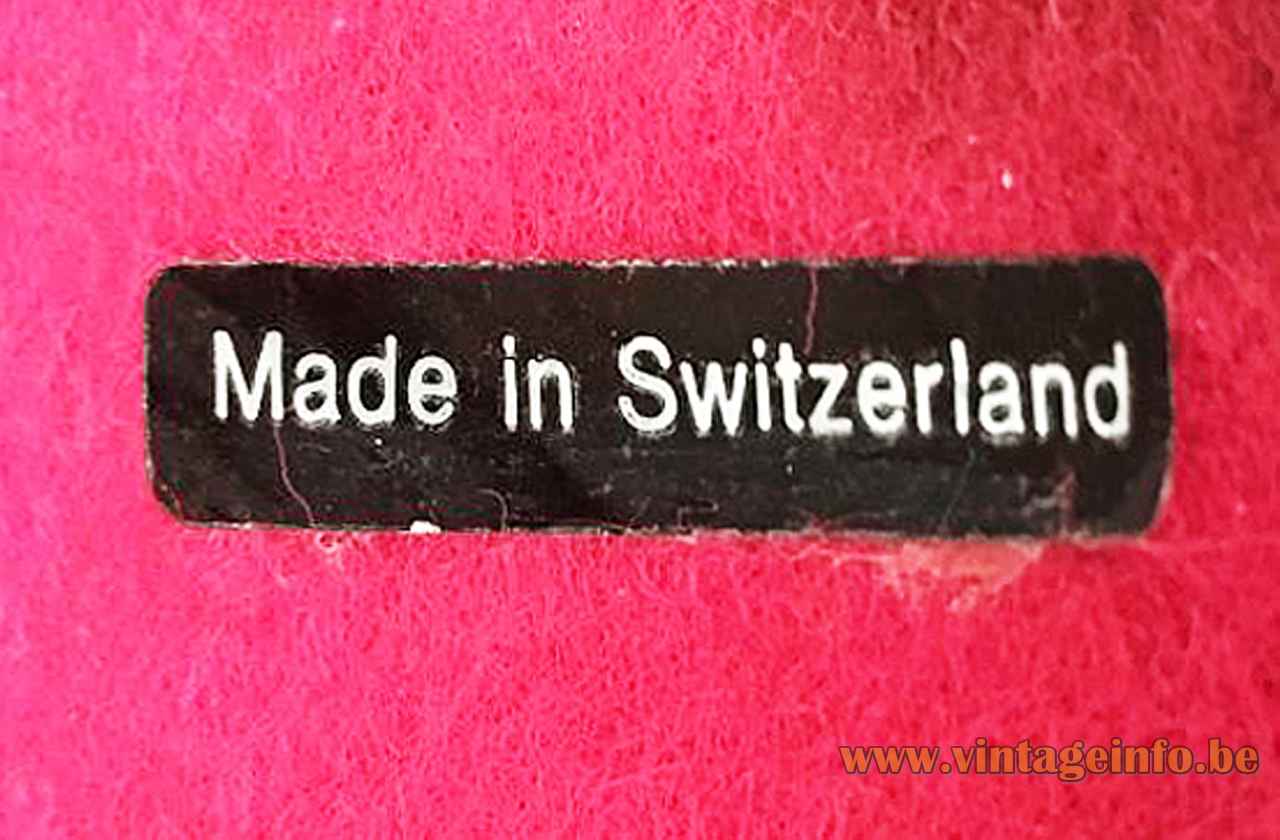 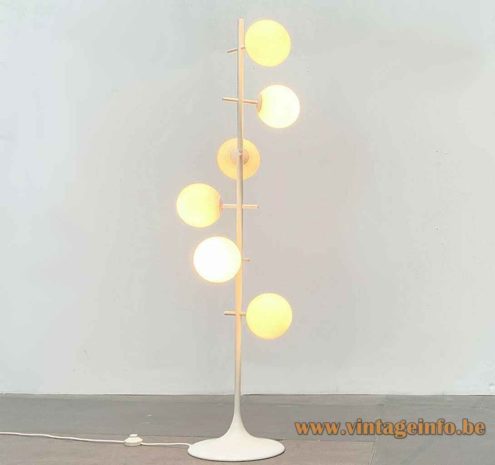 Many thanks to Frank from nullviernull raum+kommunikation for the beautiful pictures and enthusiasm. You can find his shop over here on Ebay.
Many thanks to Eva Renée Nele for the enlightening info.

Other versions: This Temde white globes floor lamp exists in several varieties. Exists also in chrome. The globe design was used for many other lamps such as chandeliers, pendant lamps wall lamps, table lamps and clamp lamps.

Often said that these globe lamps are a design of Max Bill. But those are false assumptions.