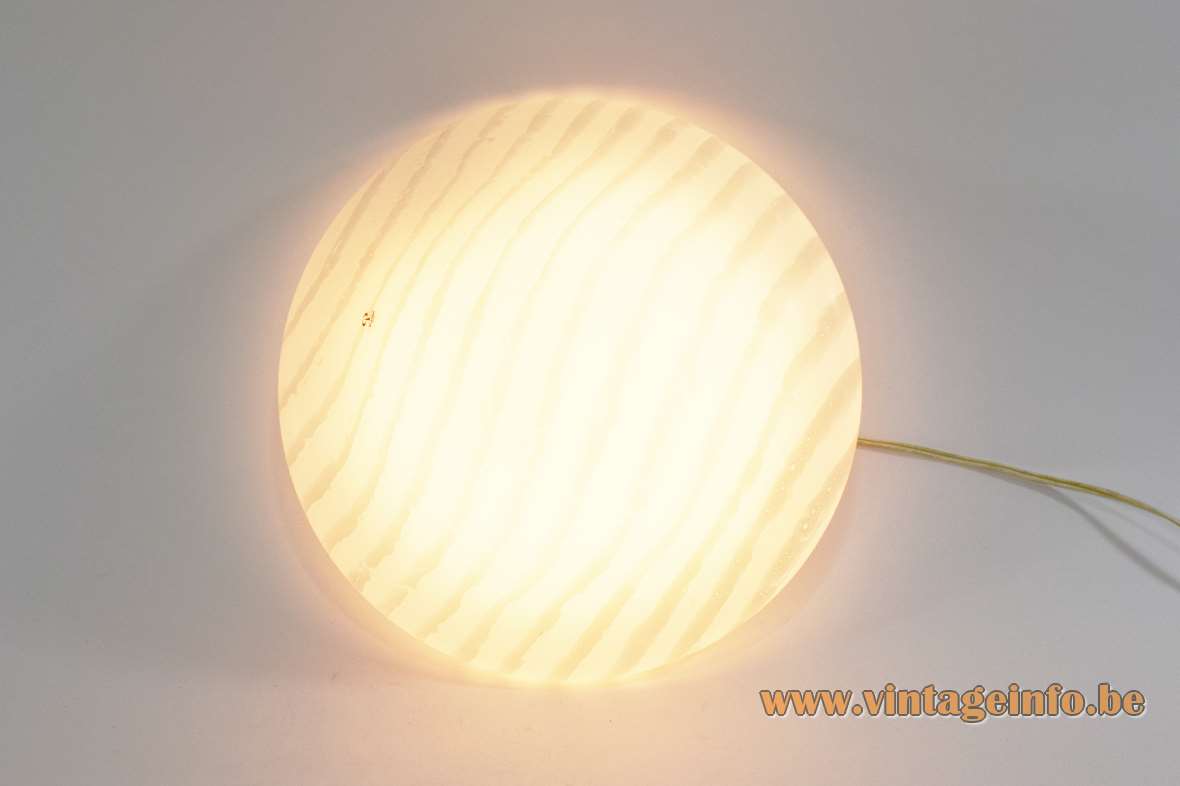 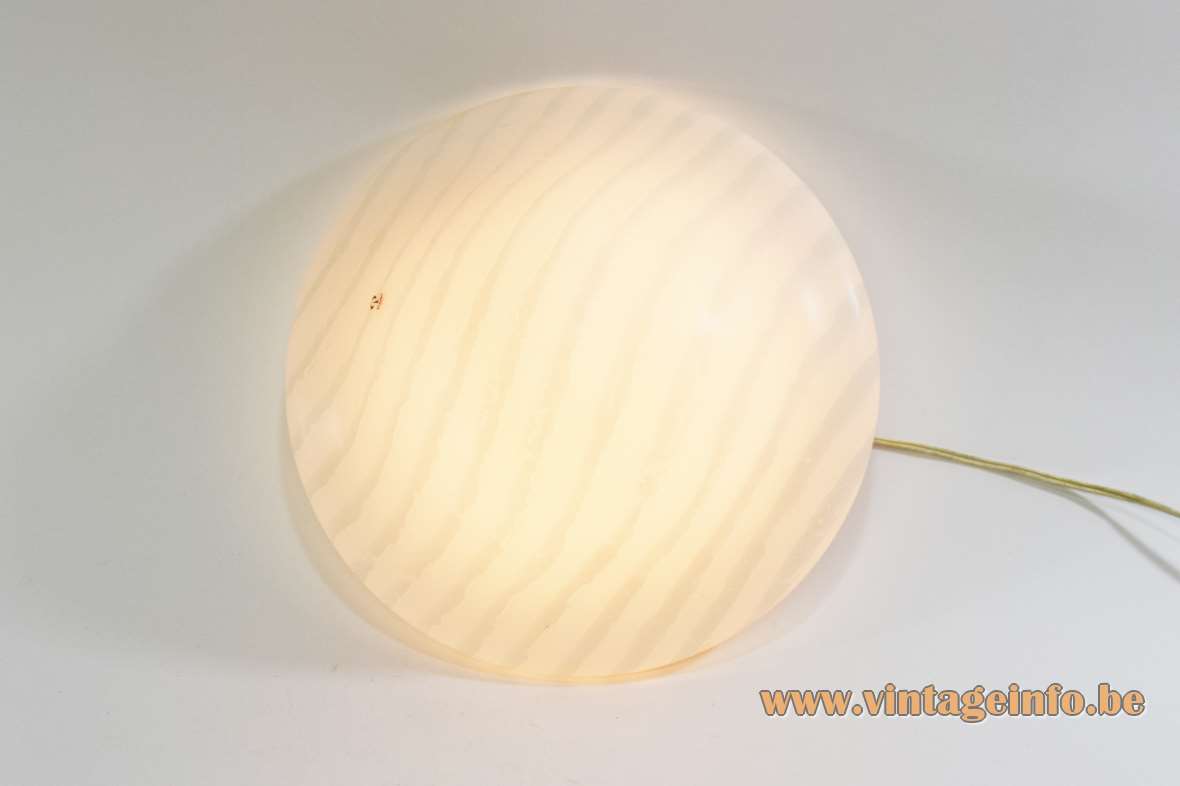 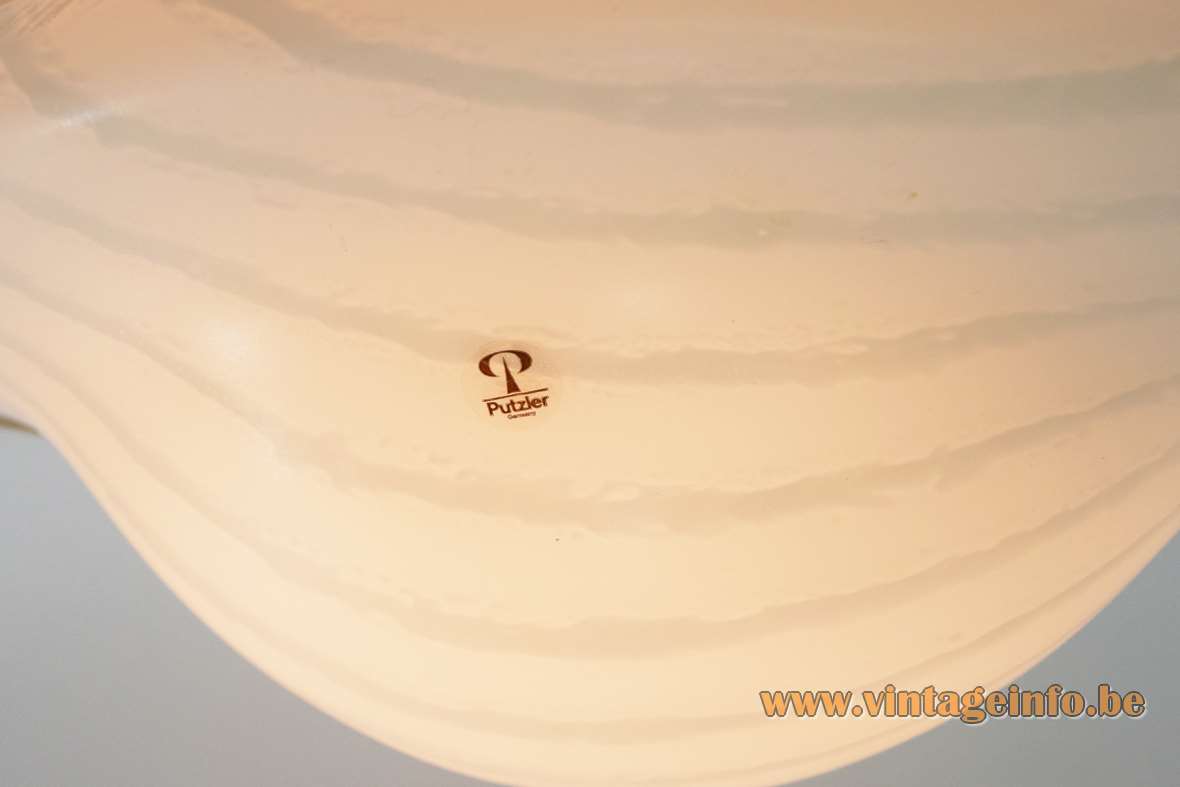 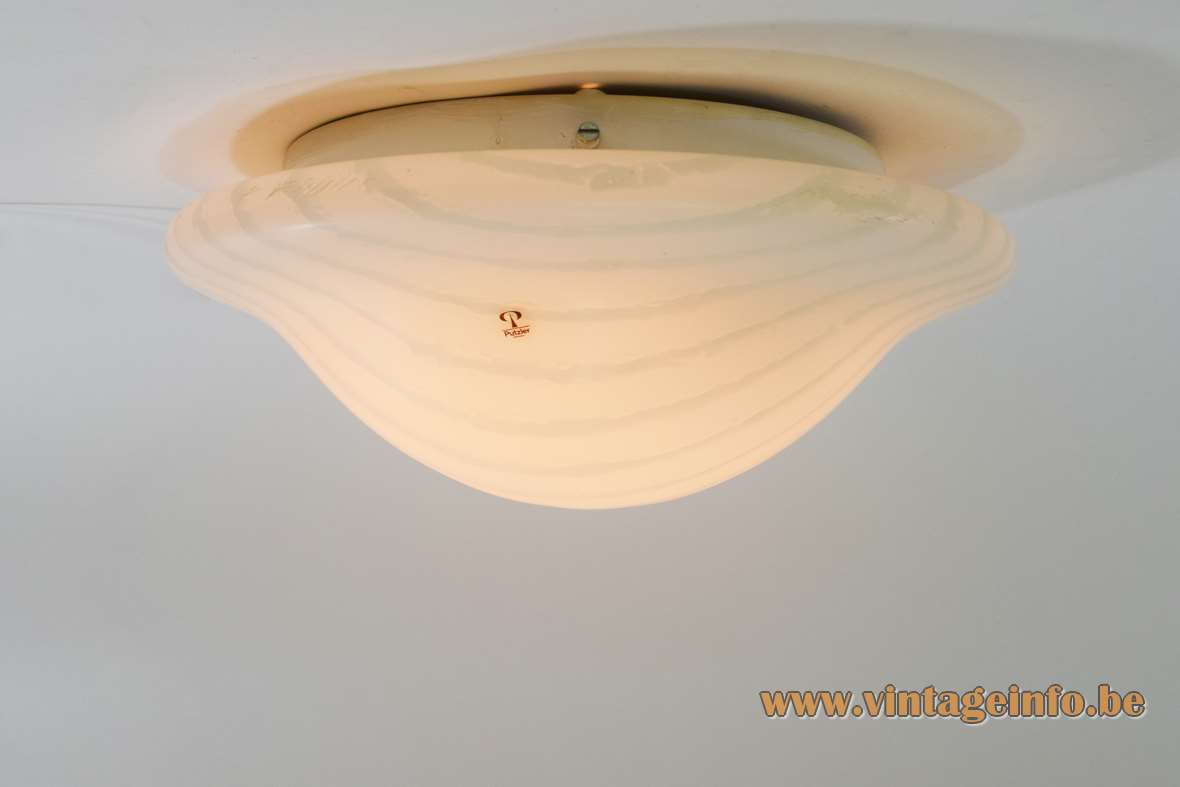 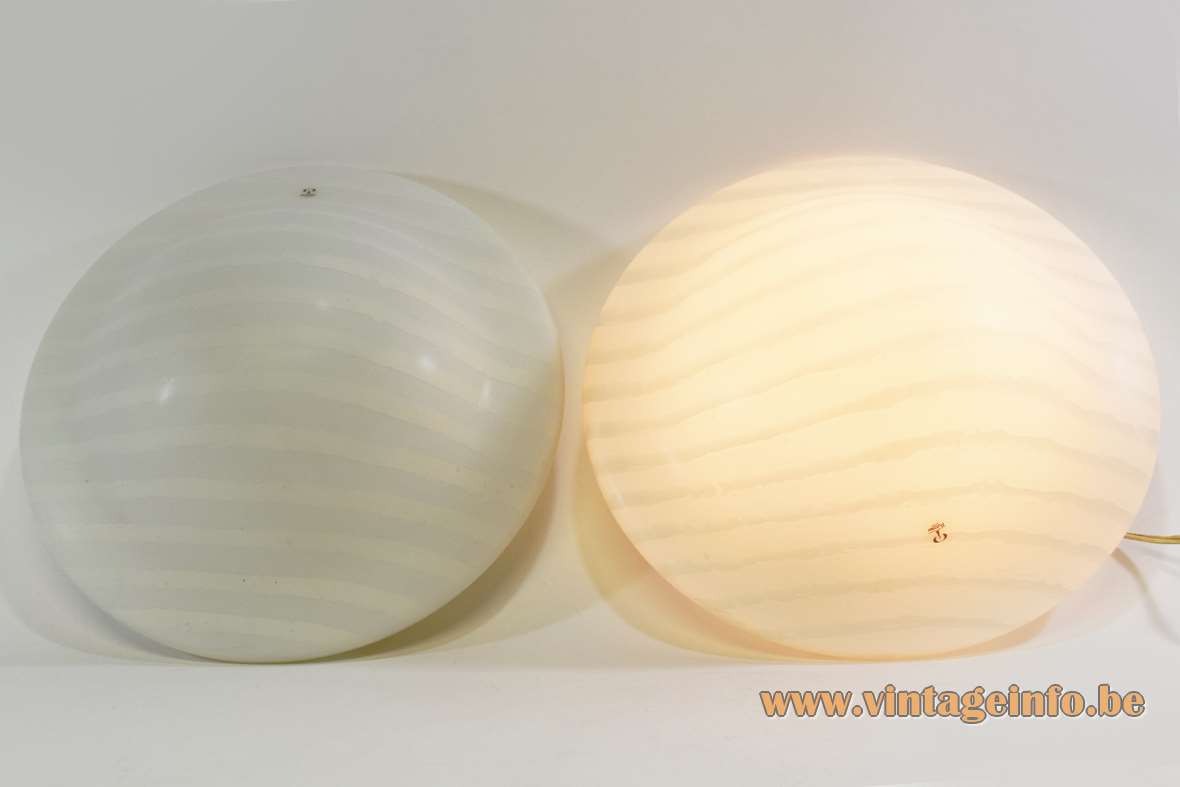 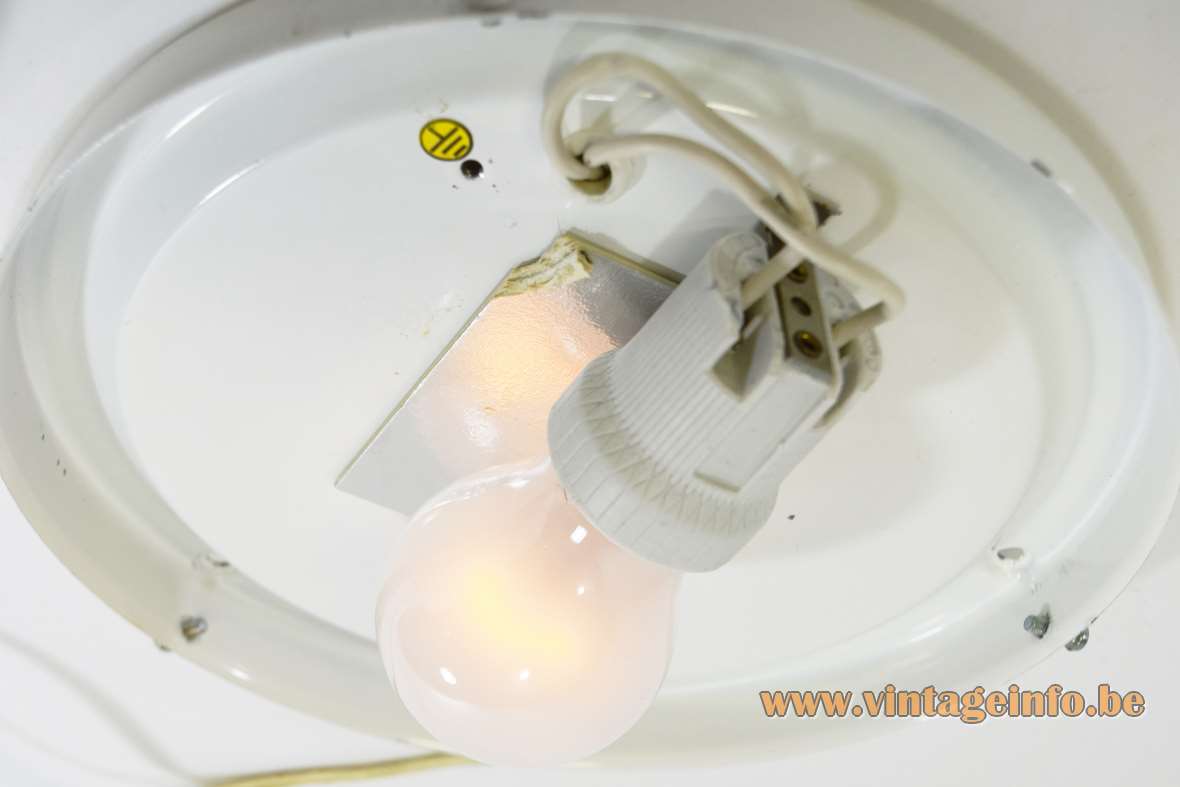 Other versions: This Peill + Putzler white striped flush mount is model number 71159. Many lamps were made with this type of glass. You can find several of them here on Vintageinfo. This flush mount or ceiling lamp can also be used as a wall lamp.

In 2007 the name Peill + Putzler was re-used for a while for the Wagenfeld lightingof the German lighting company of Paul Neuhaus.