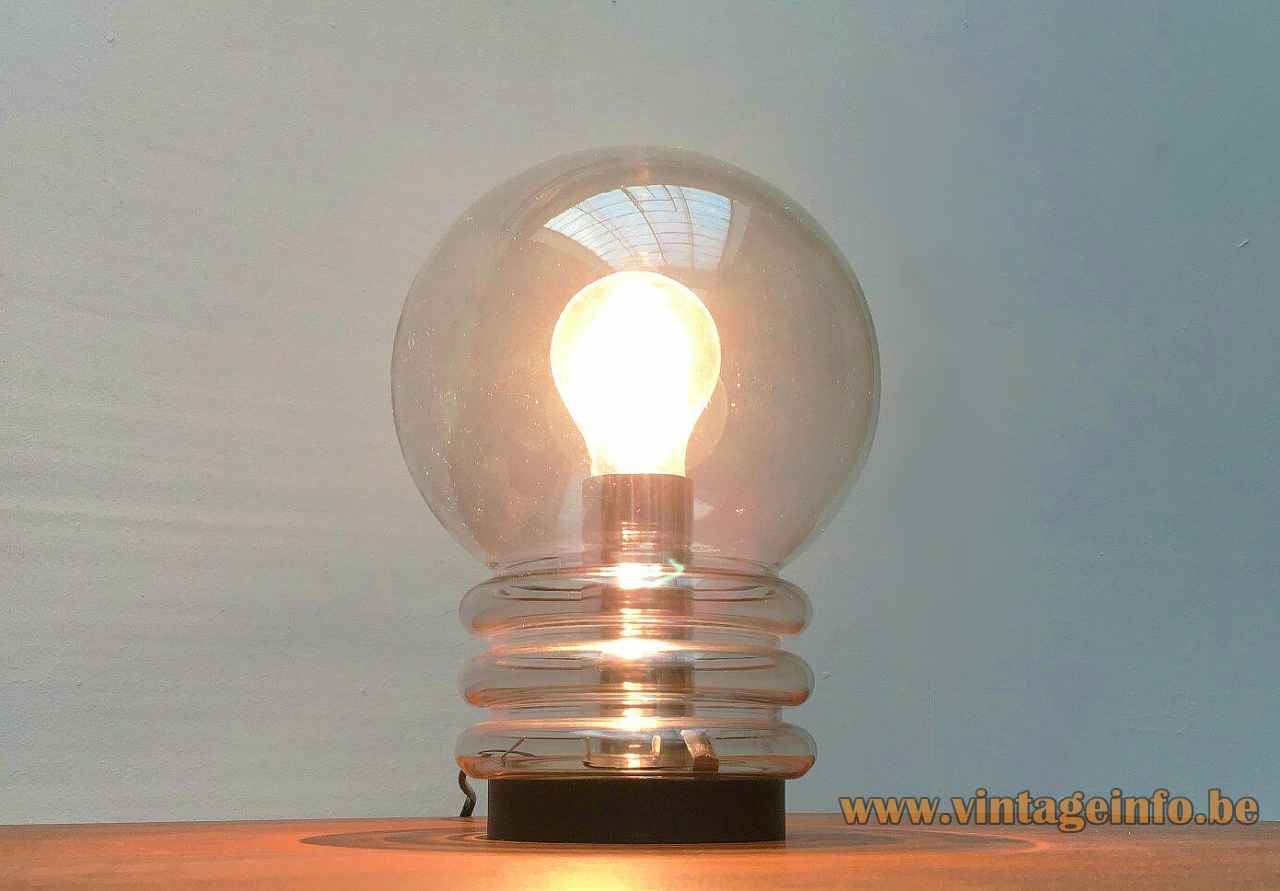 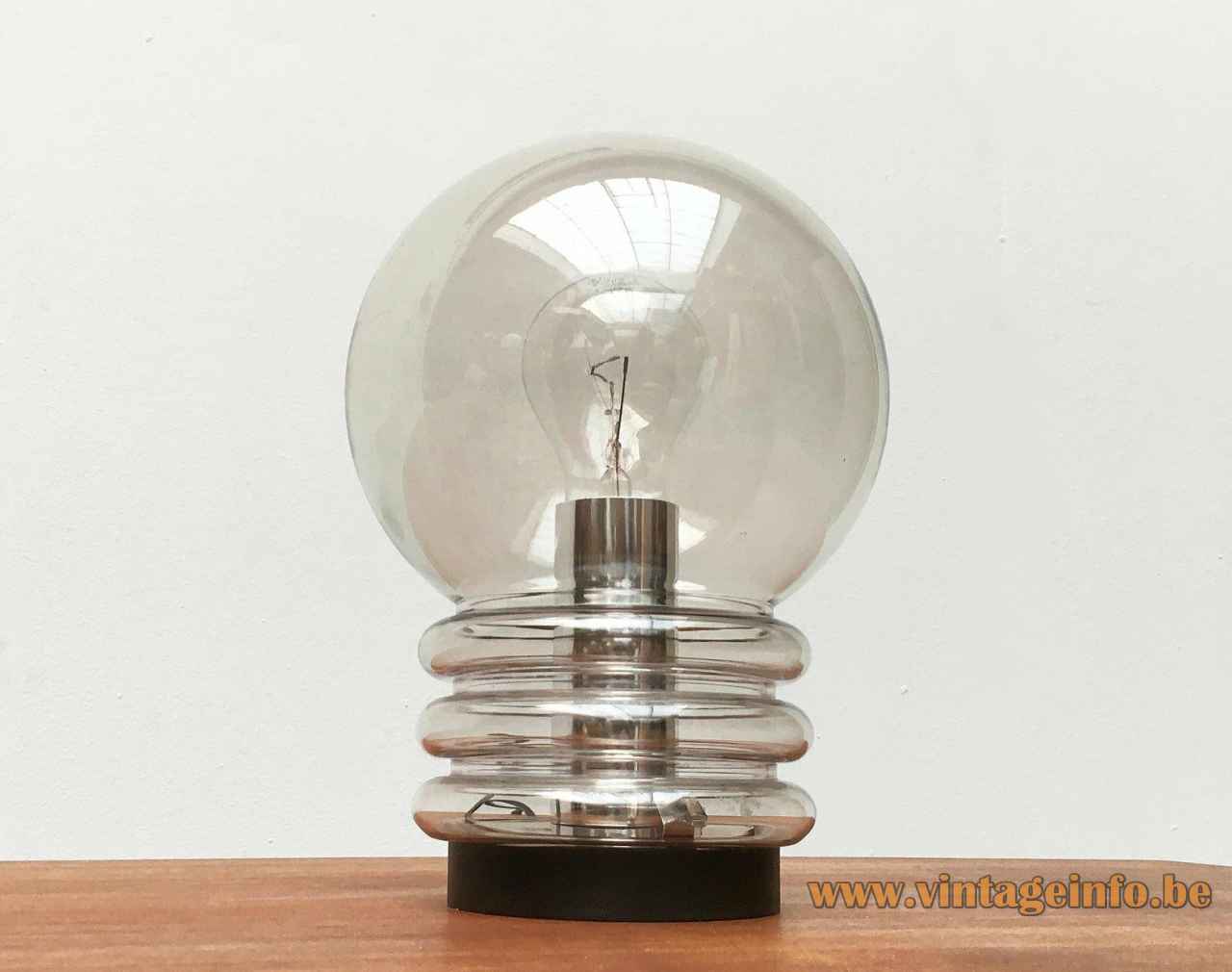 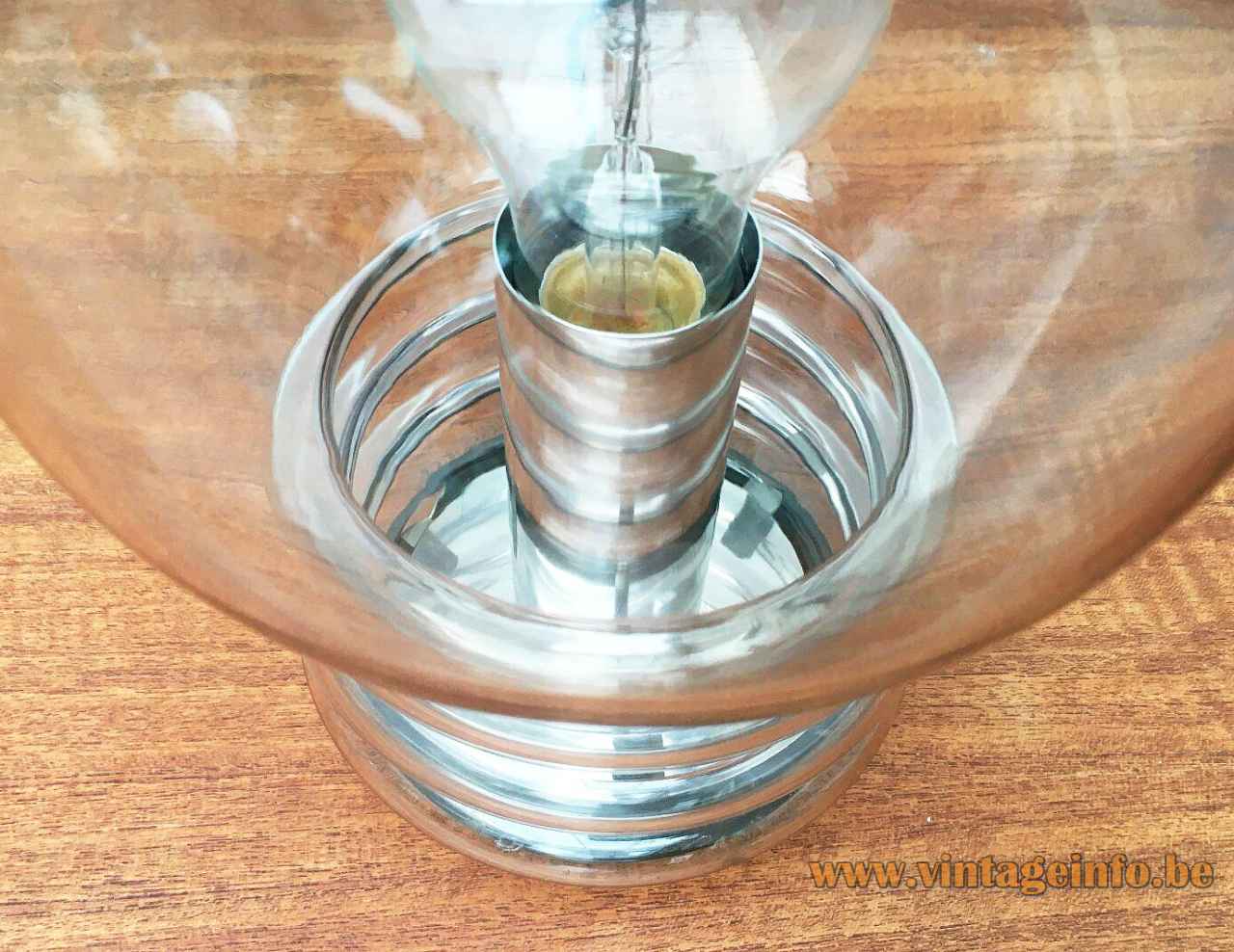 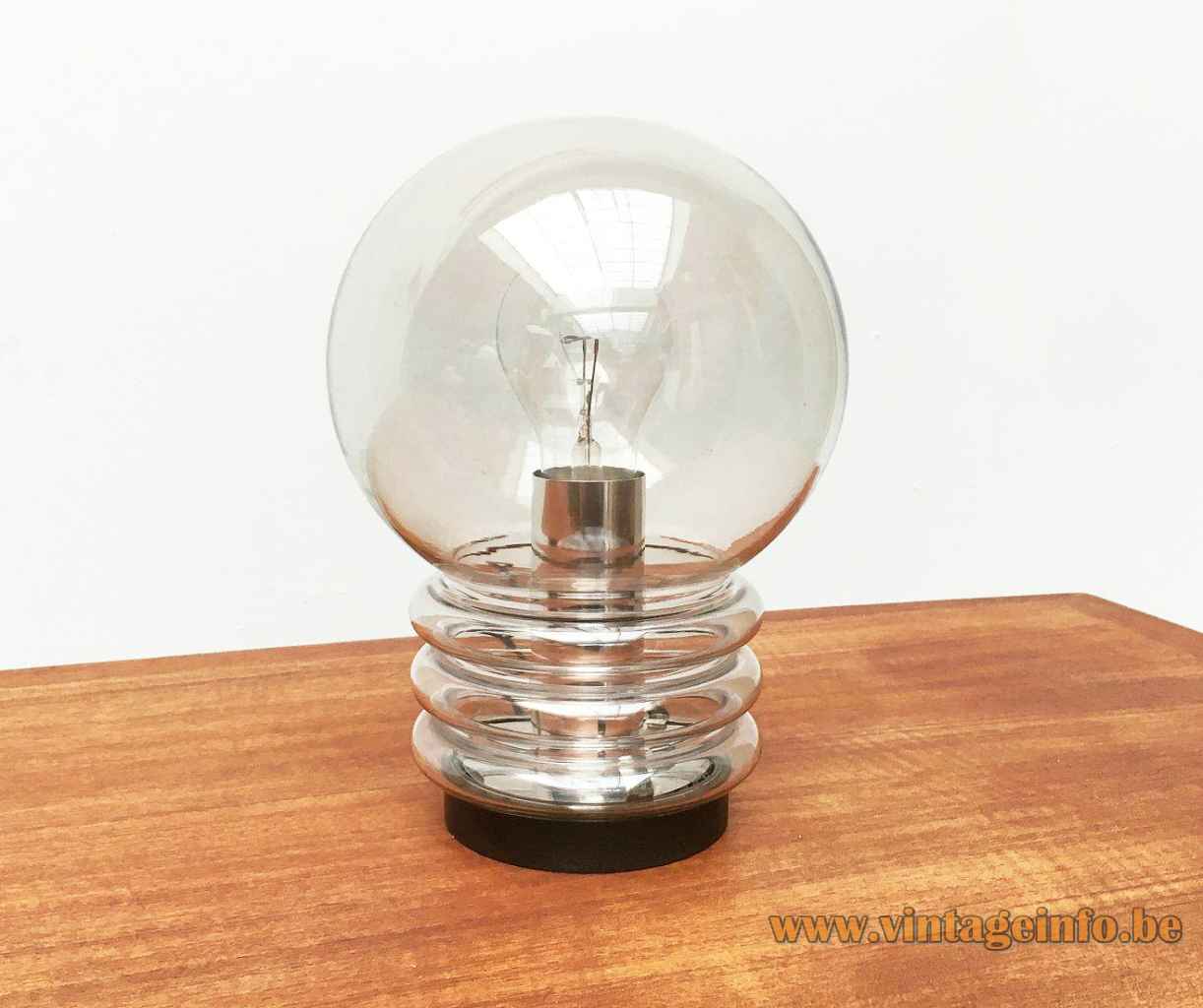 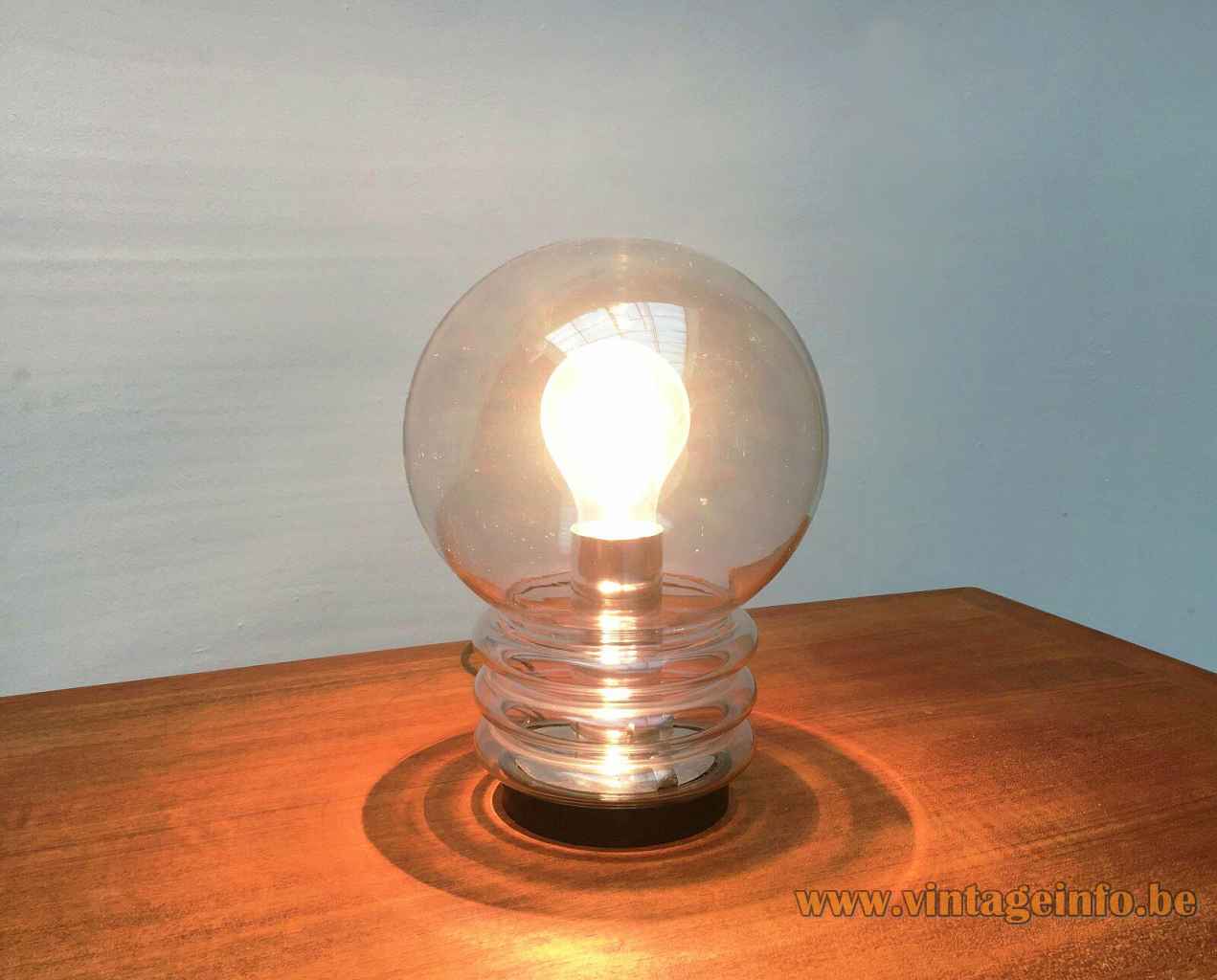 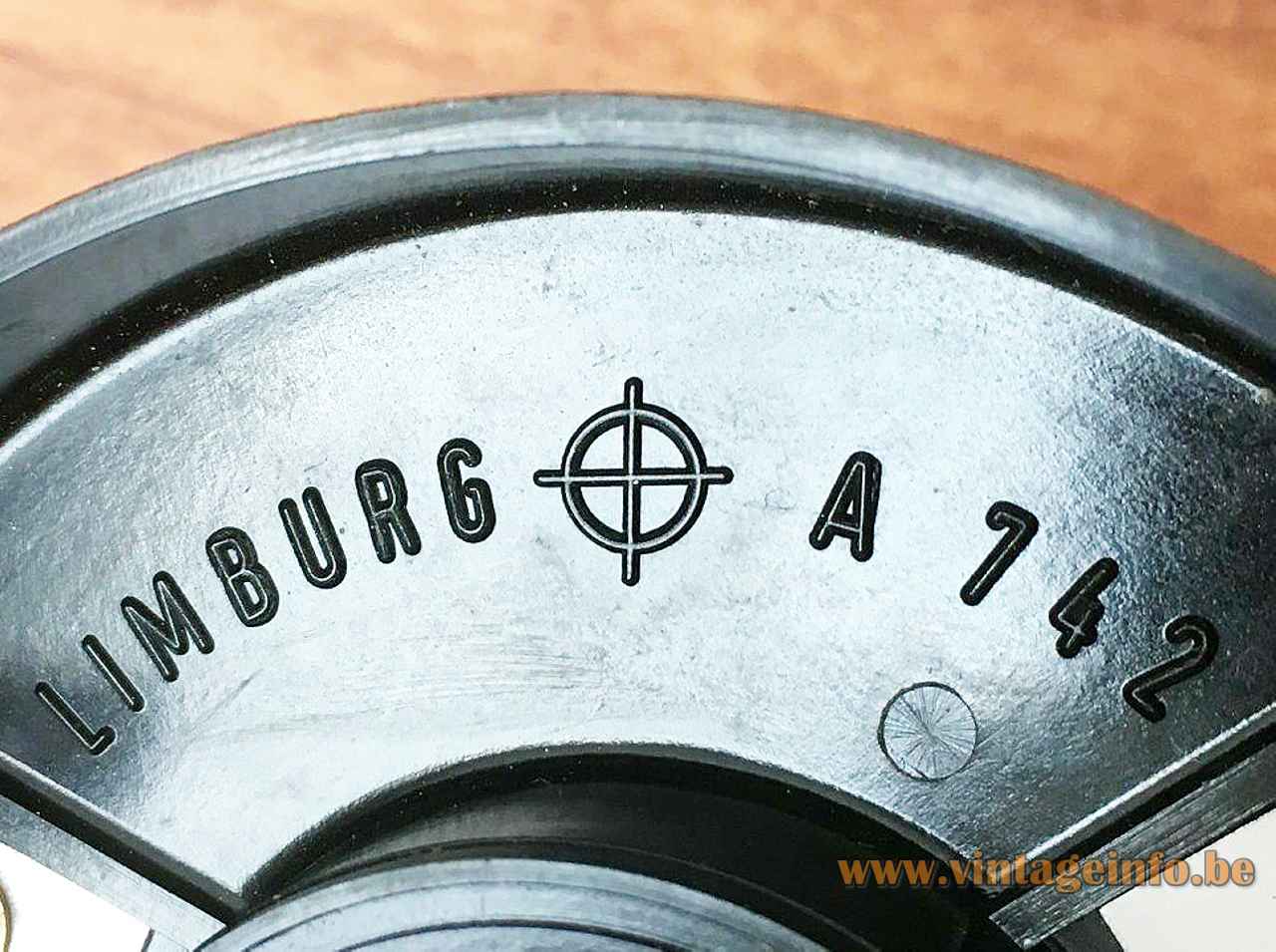 Other versions: This Glashütte Limburg bulb table lamp exists in several colours, sizes and variations. Below the version of the late 70s in the catalogue. Without the black base and open on top.

The design of this lamp is very similar to a design by Herwig and Frank Sterckx from 1968 – 1969 for glass factory De Rupel, Belgium (photo below). Glashütte Limburg acquired the company several years later. The Sterckx brothers were probably inspired by the famous Bulb table lamp designed by Ingo Maurer in 1968. 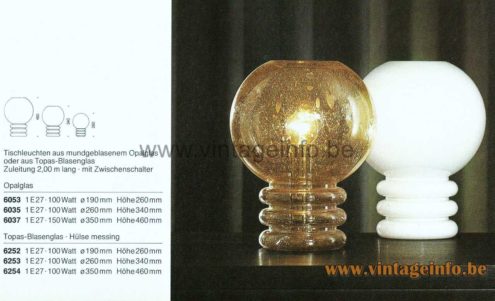 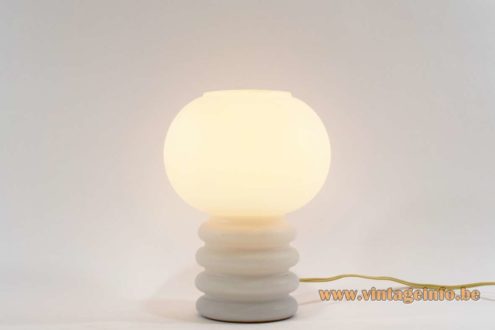