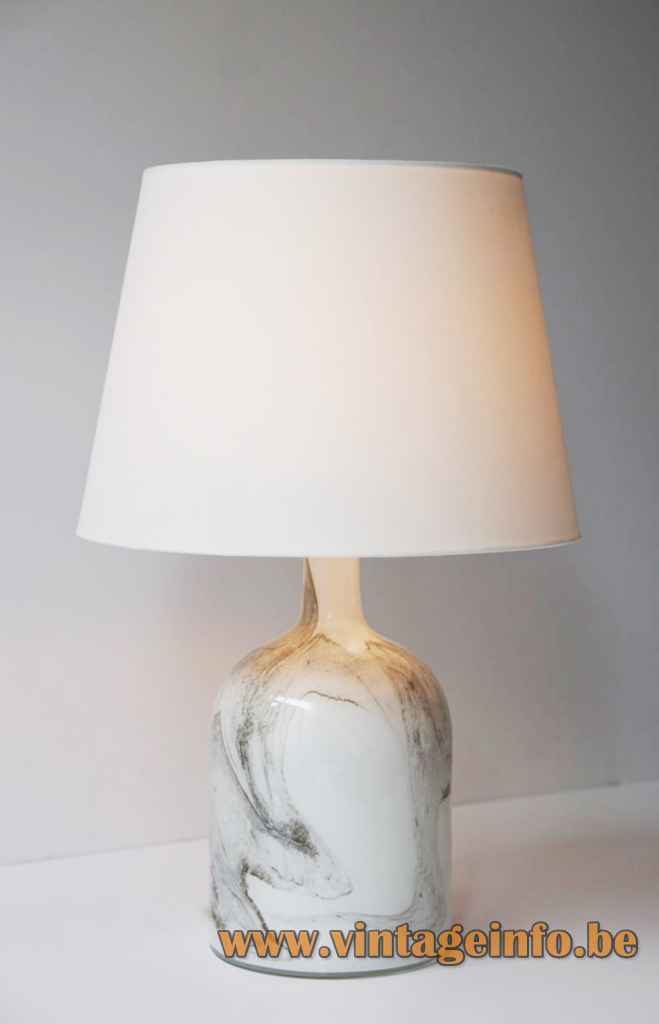 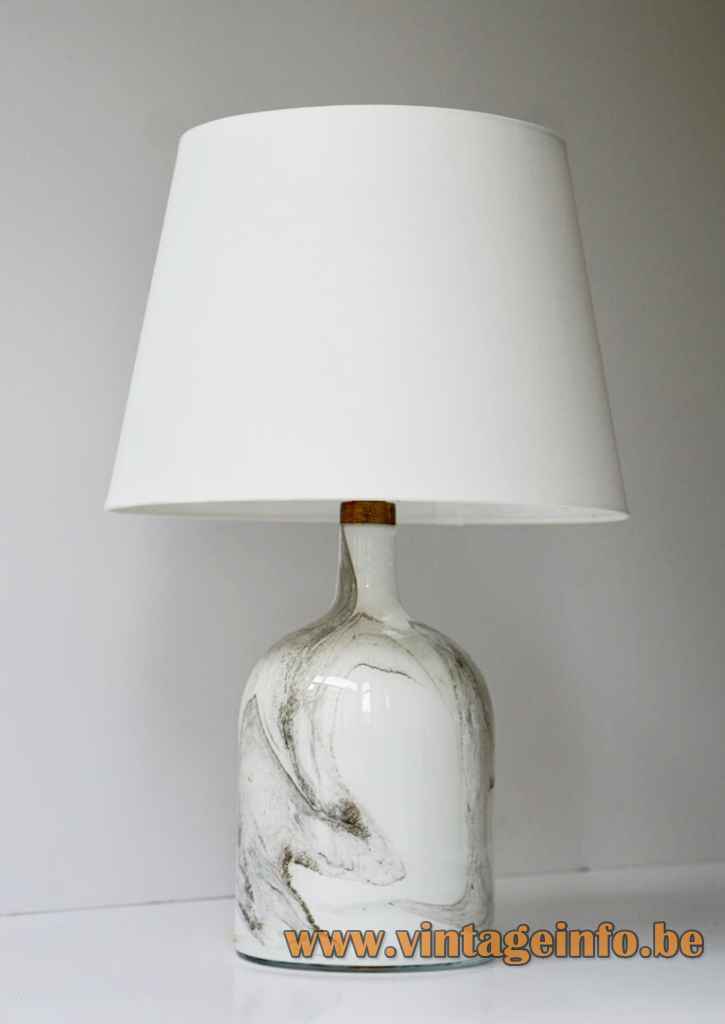 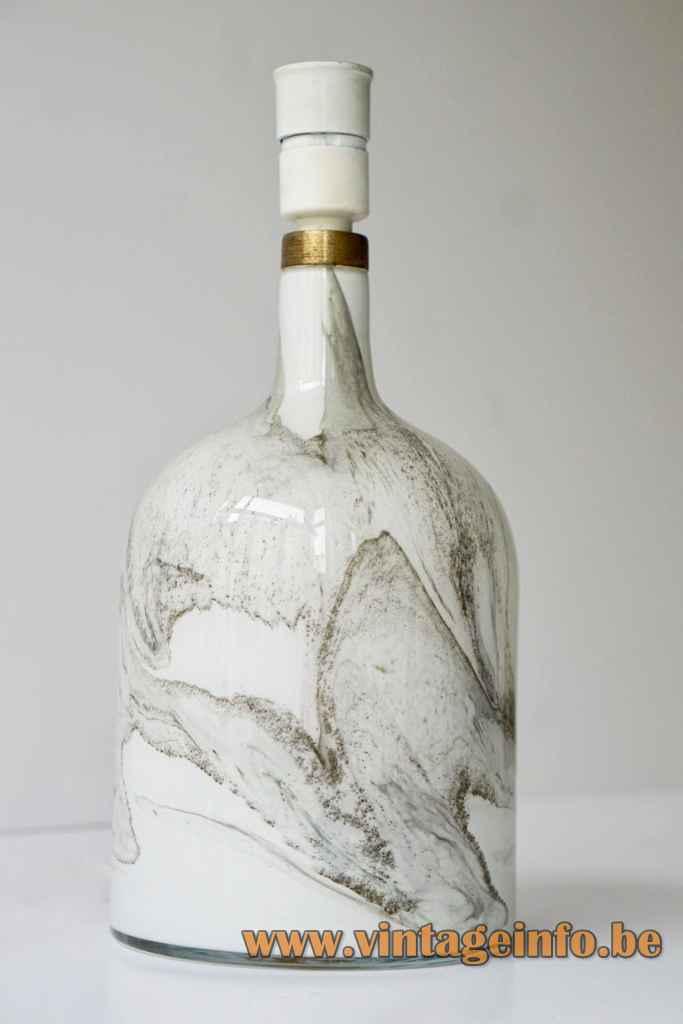 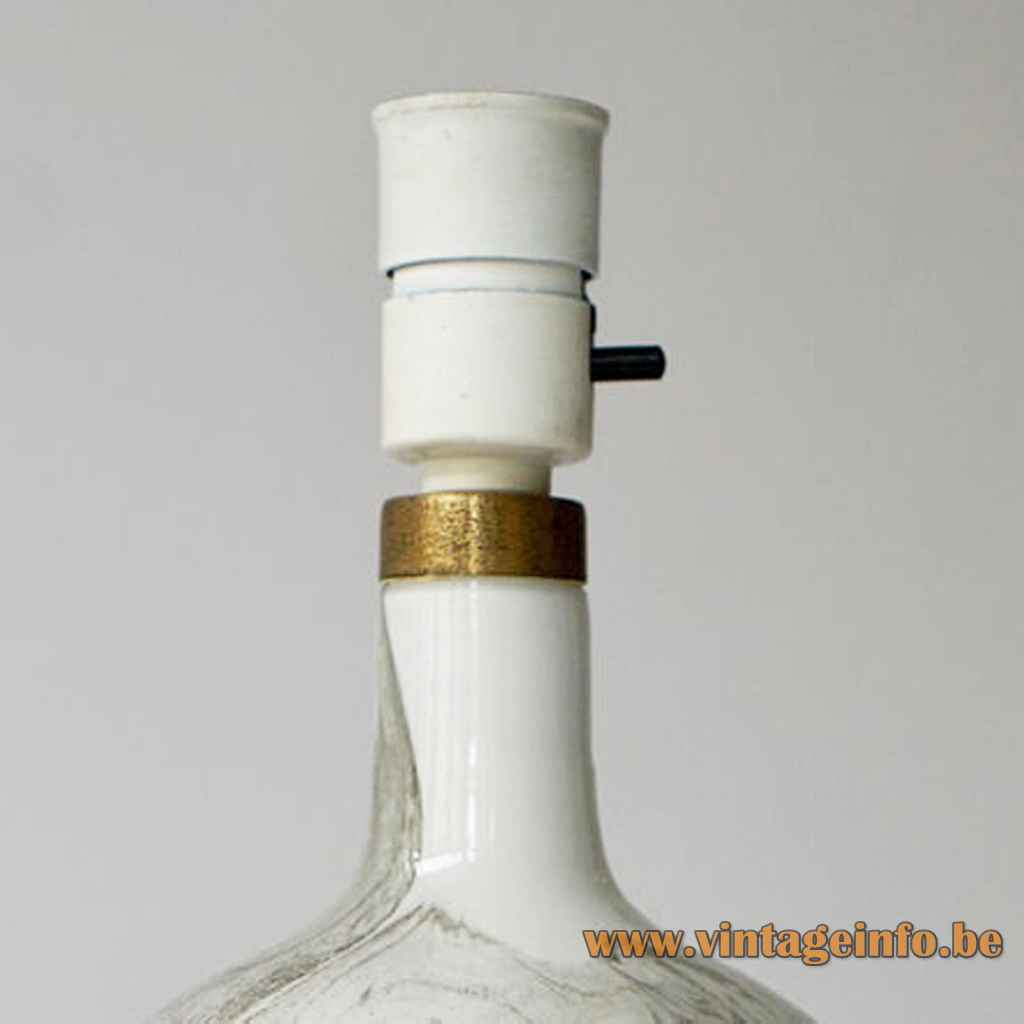 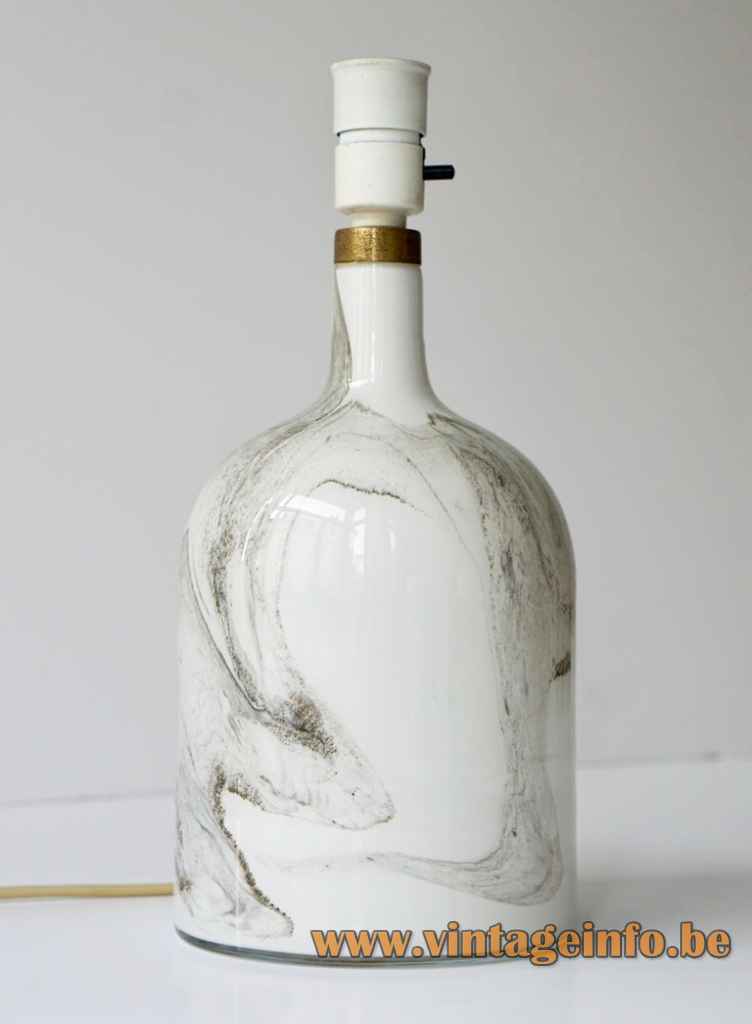 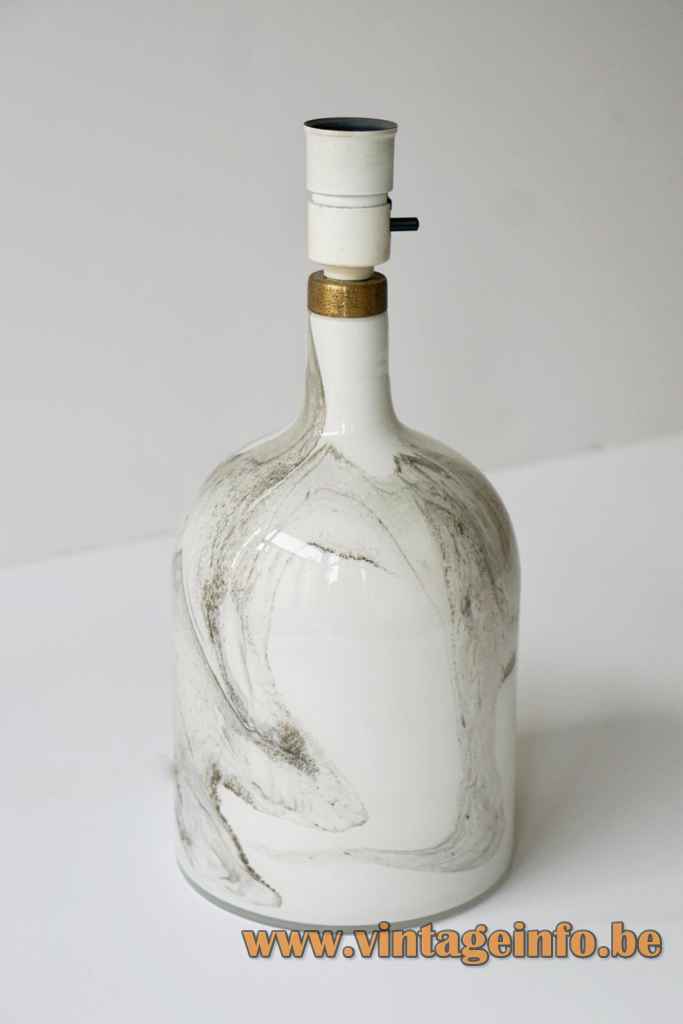 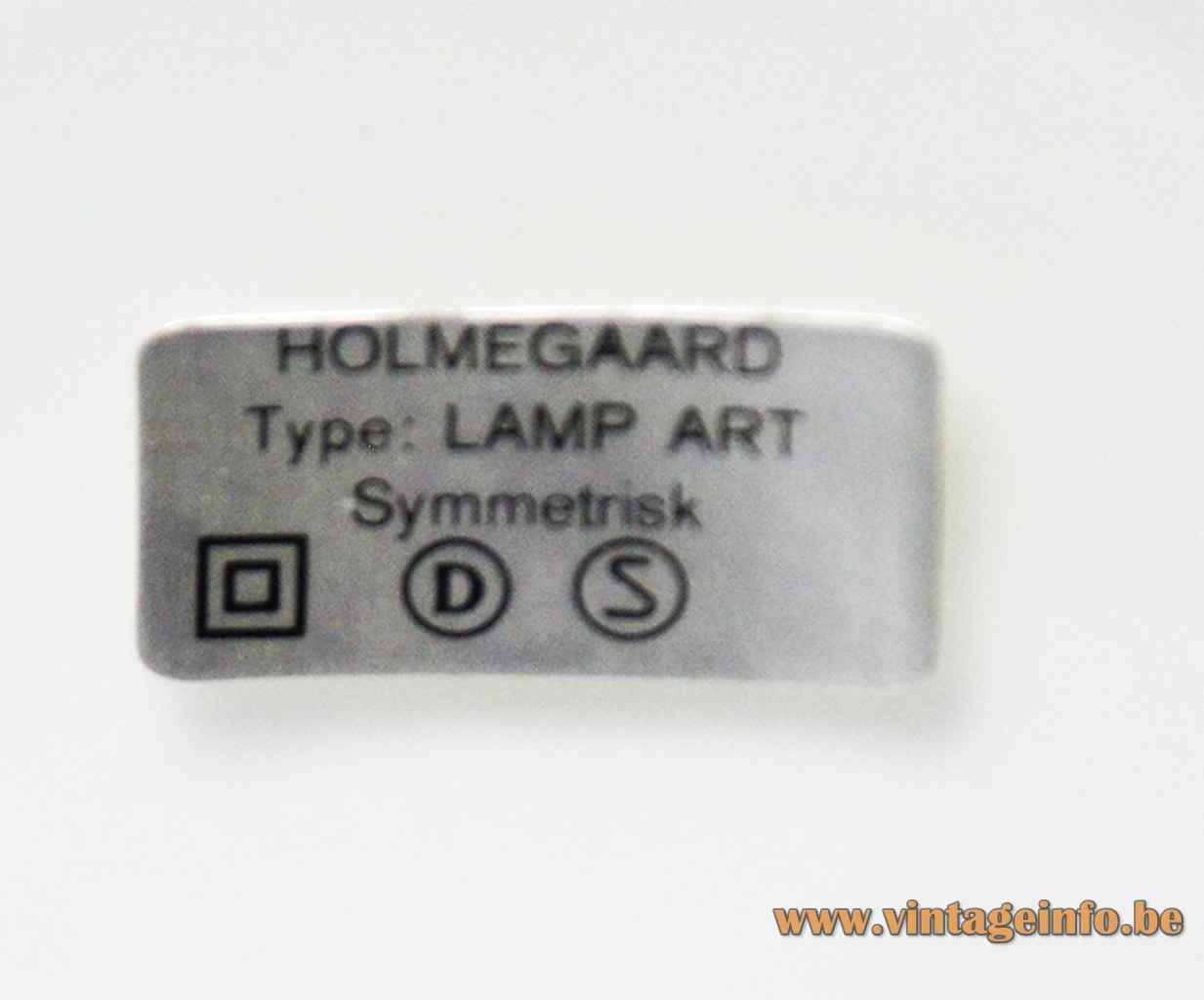 This table lamp in the catalogue on Danish-Lights.com

Other Holmegaard lamps by Michael Bang on Danish-Lights.com

Materials: Round hand blown opal glass base with a grey design with a clear layer of glass on top. Brass ring. Conical white fabric lampshade. White Bakelite E27 socket with a built-in switch.

Other versions: This Michael Bang Holmegaard table lamp exists in several variations. Labelled with Lamp Art Symmetrisk. The lampshade used for this setup is not original.

Michael Bang, born in 1942, was the son of famous designer Jacob Eiler Bang the first real designer who worked for Holmegaard.

In 1970 he already designed for Holmegaard, but in the 1980s he moved to Holmegaard and started to work for the Holmegaard Glass Factory. At Holmegaard he managed the design of hand-blown lamps in opal glass in which the glass factory specialised, as you can see with this Lamp Art table lamp.

The biographies on the various websites contradict each other. It’s hard to make something out of it, unfortunately.

Other lamps made by Holmegaard