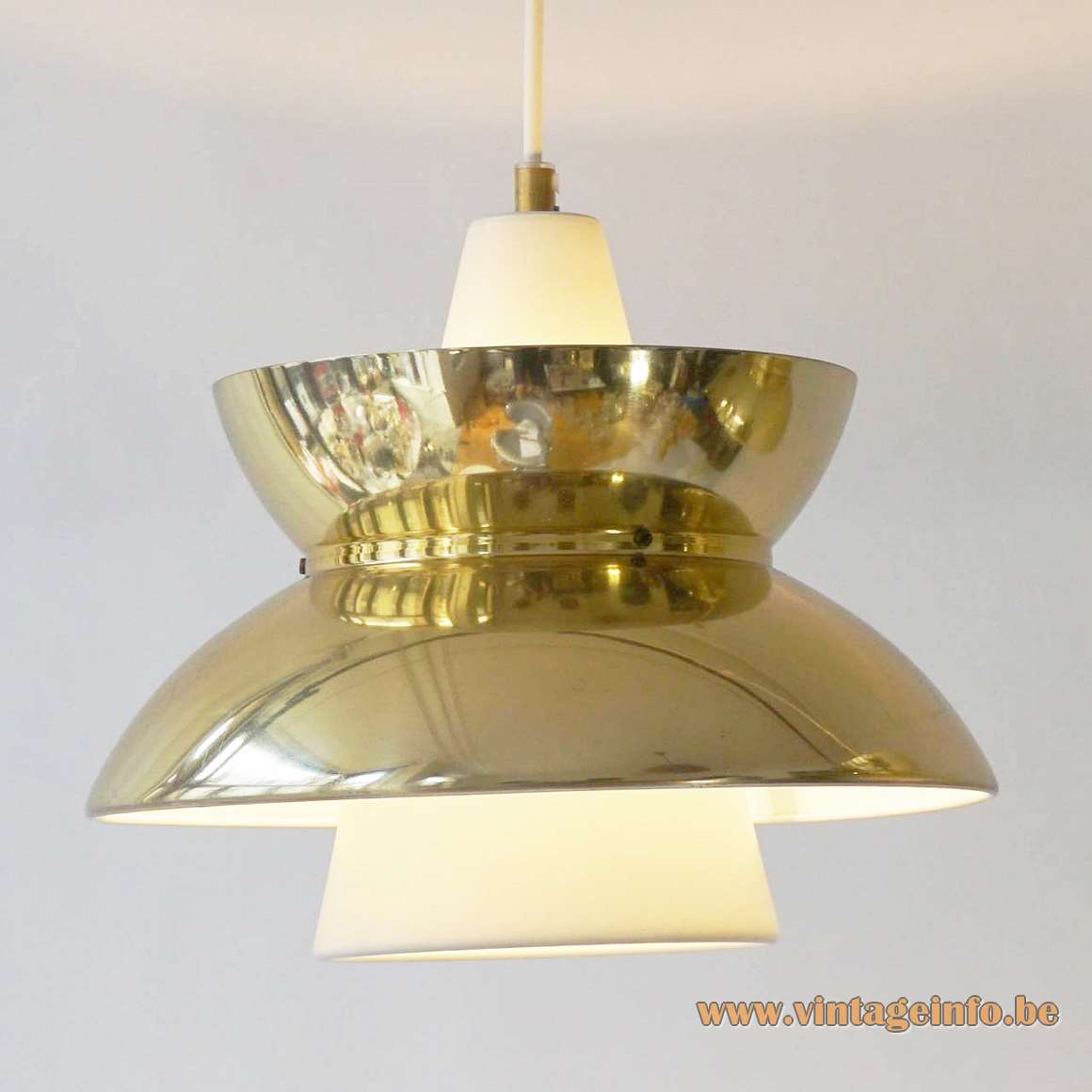 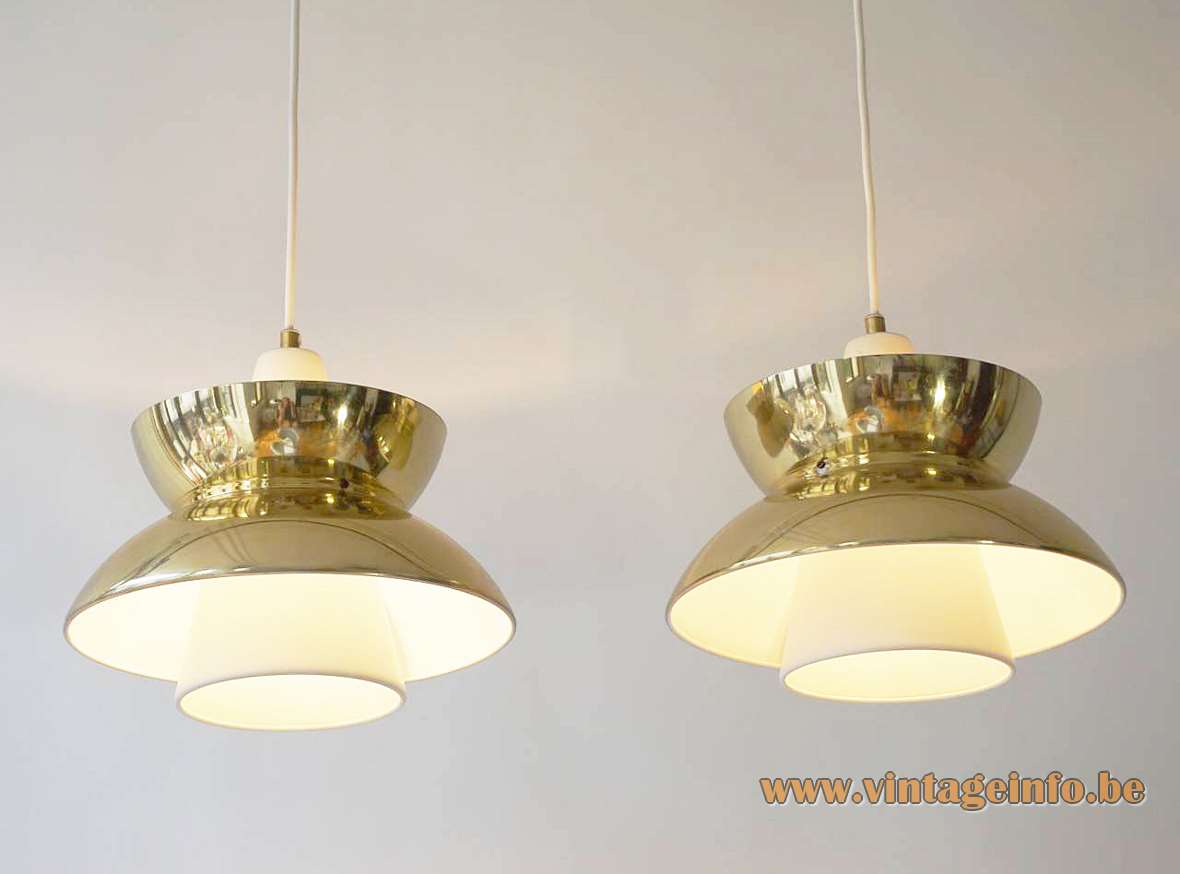 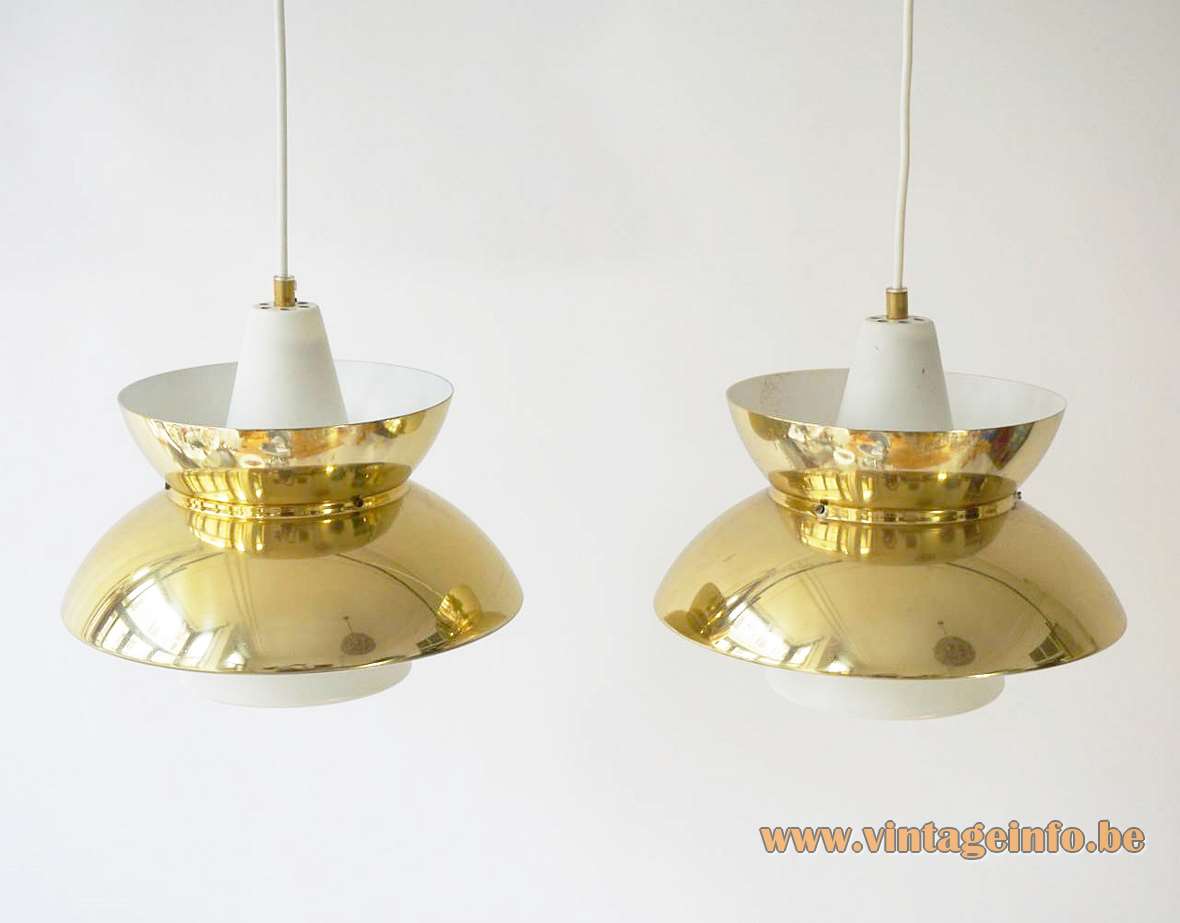 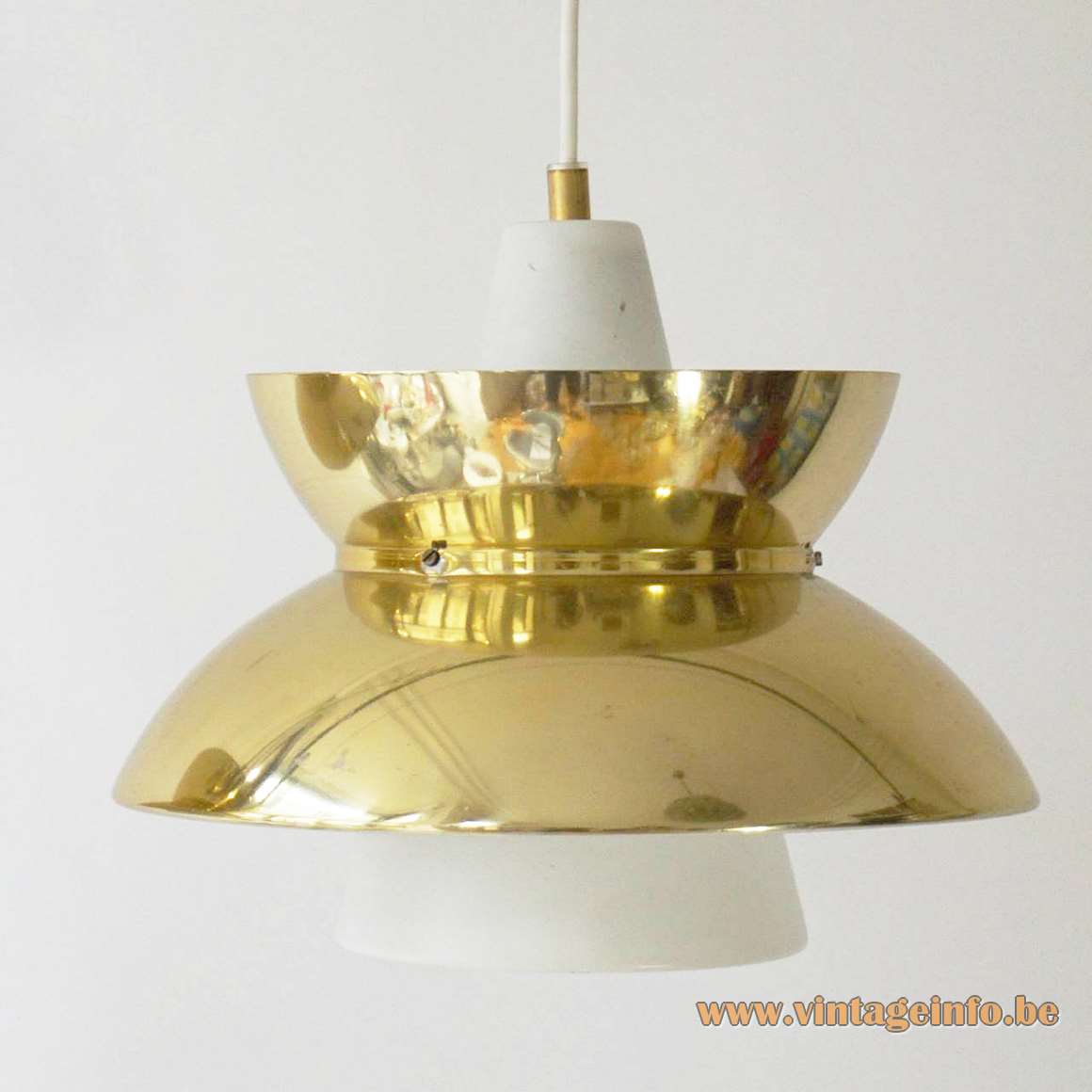 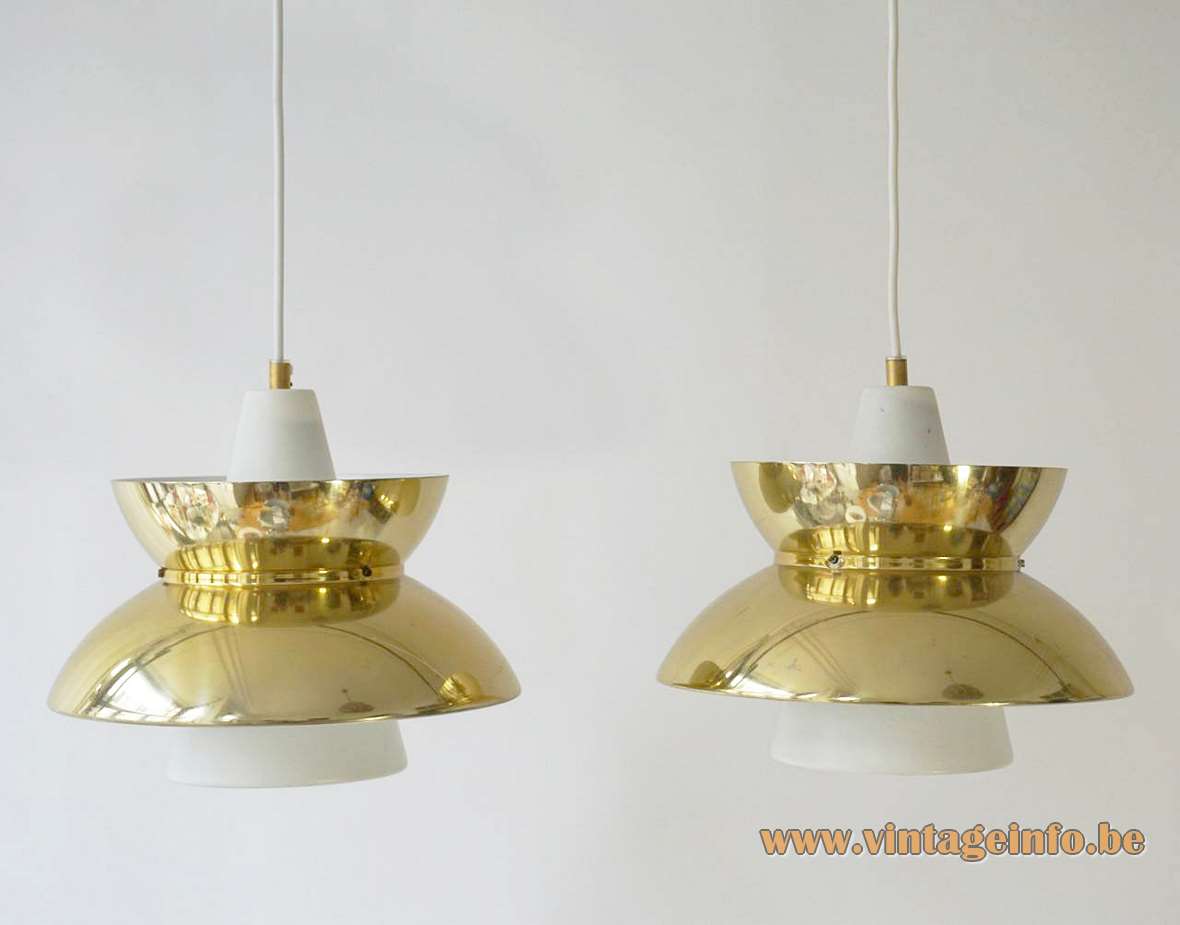 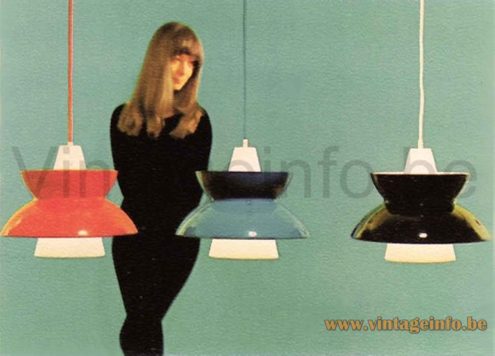 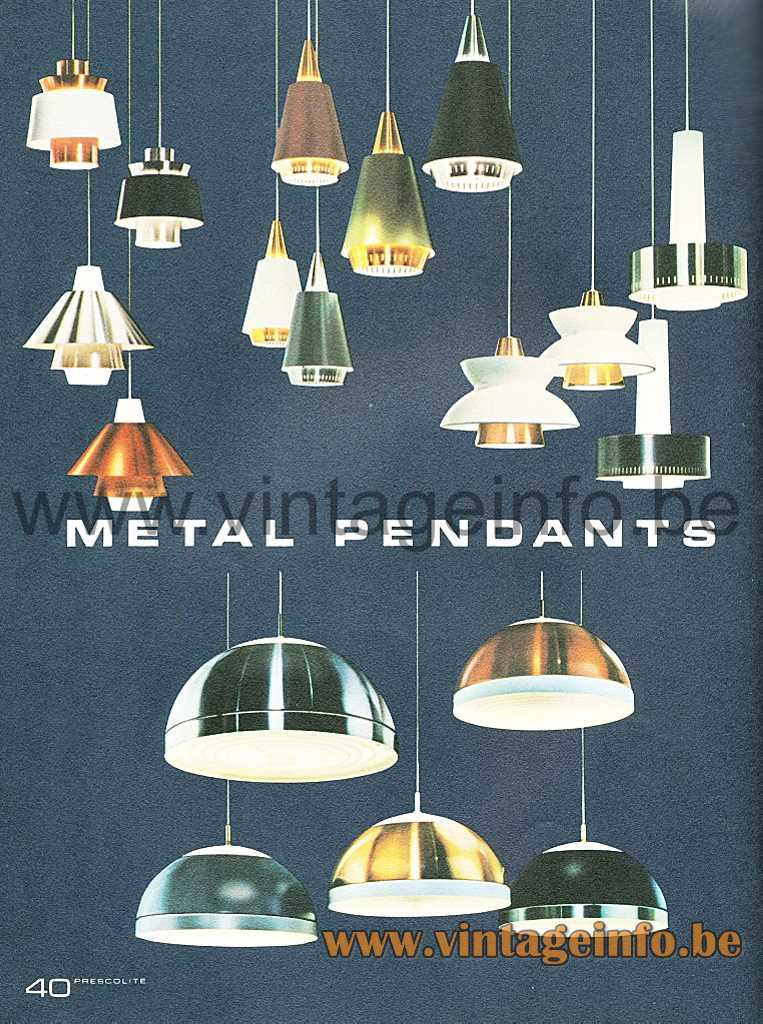 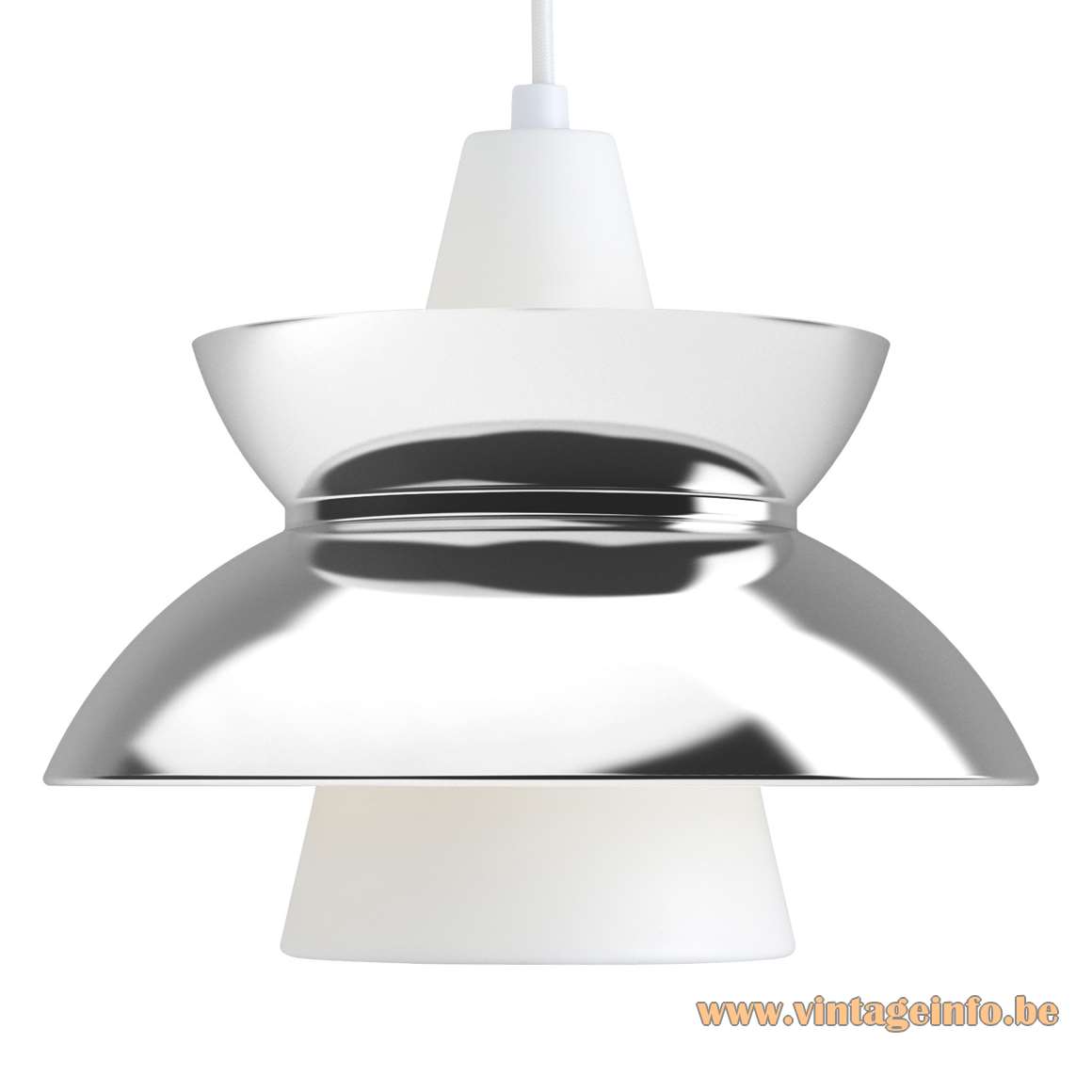 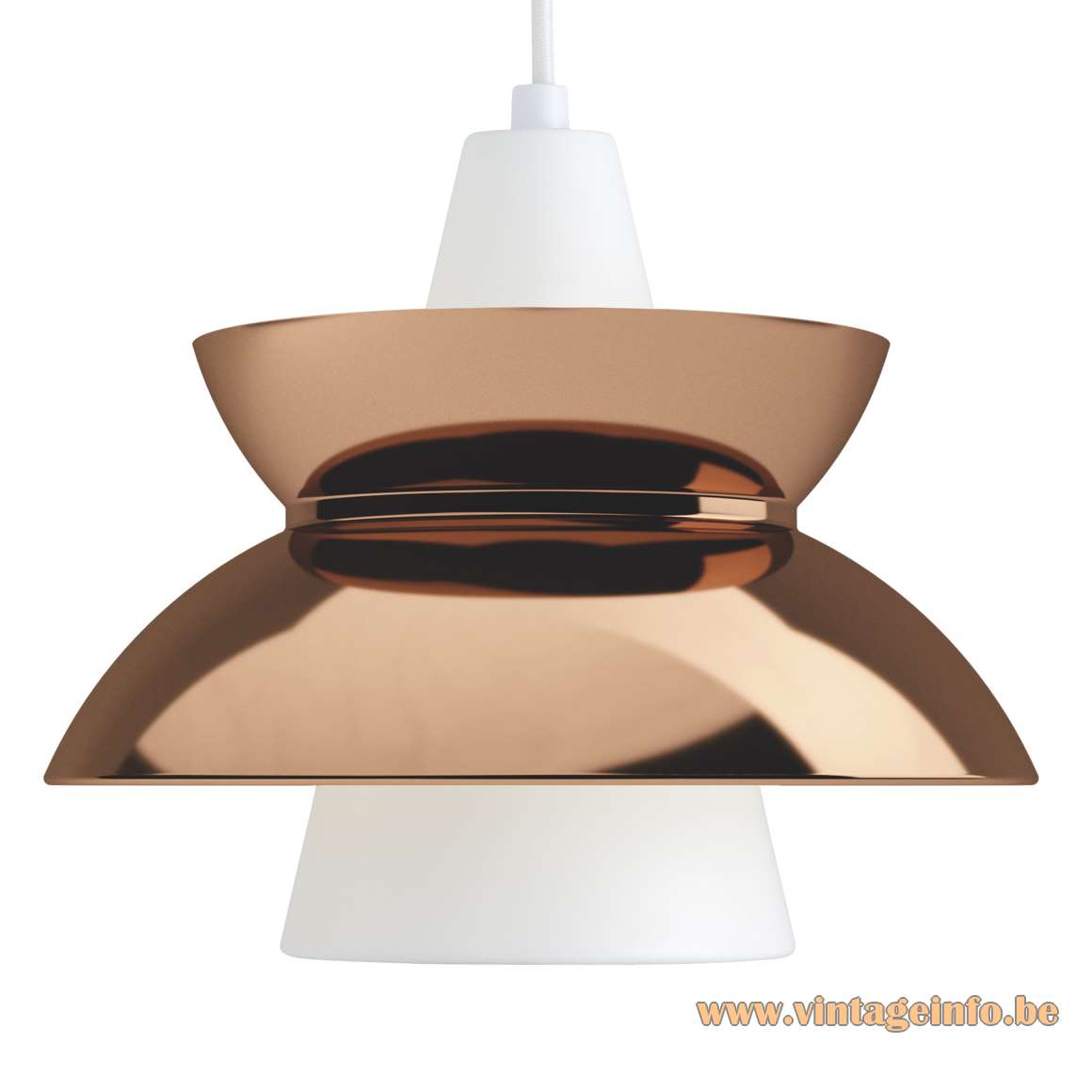 Other versions: The Louis Poulsen Doo-Wop pendant lamp exists in several colours. A black, brass, white, copper and chromed version is since 2012 back in production and named Doo-Wop. The original name is Navy Pendant (Søværnspendlen) and it was produced by Louis Poulsen until the 1980s.

This pendant lamp is often attributed to Jørn Utzon. Jørn Utzon designed a similar pendant lamp, but it was for Nordisk Solar Compagni that he designed his Søværnspendlen. The lamp exists also in a much bigger version. It is 43 cm / 16.92” wide, as you can see below.

The Navy pendant lamps were sold in the United States by Prescolite. Today Prescolite is part of LBC Lighting. Probably also other companies sold them.

For the moment, no information can be found about the designer, unfortunately.

The Søværnets Bygningsdistrikt (Navy building district) was first named Søværnets Bygningsvæsen ( the Danish Navy Building Agency). It was a unit of the Danish defence that led to the construction of the army’s buildings, often in collaboration with civil academic architects. In 1952, the unit was merged with the Navy’s Building Department and the Coast Guard’s Maintenance Department in the new unit of the Armed Forces Building Service.

Two Jørn Utzon Søværnspendlen pendant lamps were used as a prop in the 2015 Nordic noir crime television series The Bridge (Broen – Bron). Starring Sofia Helin, Thure Lindhardt and Dag Malmberg. As you can see, these lamps are very similar, but much bigger. On the left the Arne Jacobsen AJ floor lamp designed in 1957 for the SAS Royal Hotel in Copenhagen (Radisson Collection).

Blog on Skandinaviskdesign.dk about this pendant lamp

Other lamps made by the Louis Poulsen company