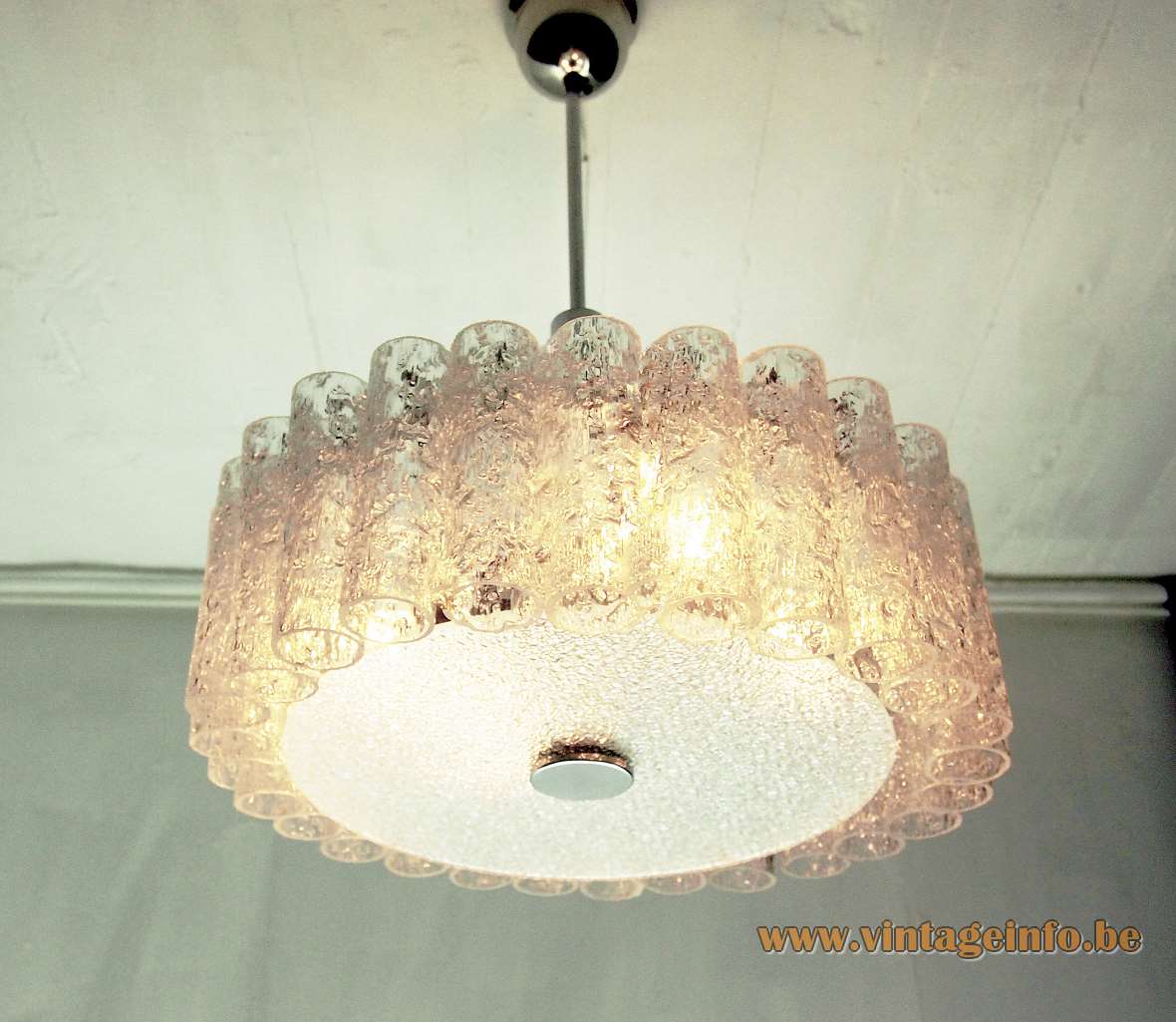 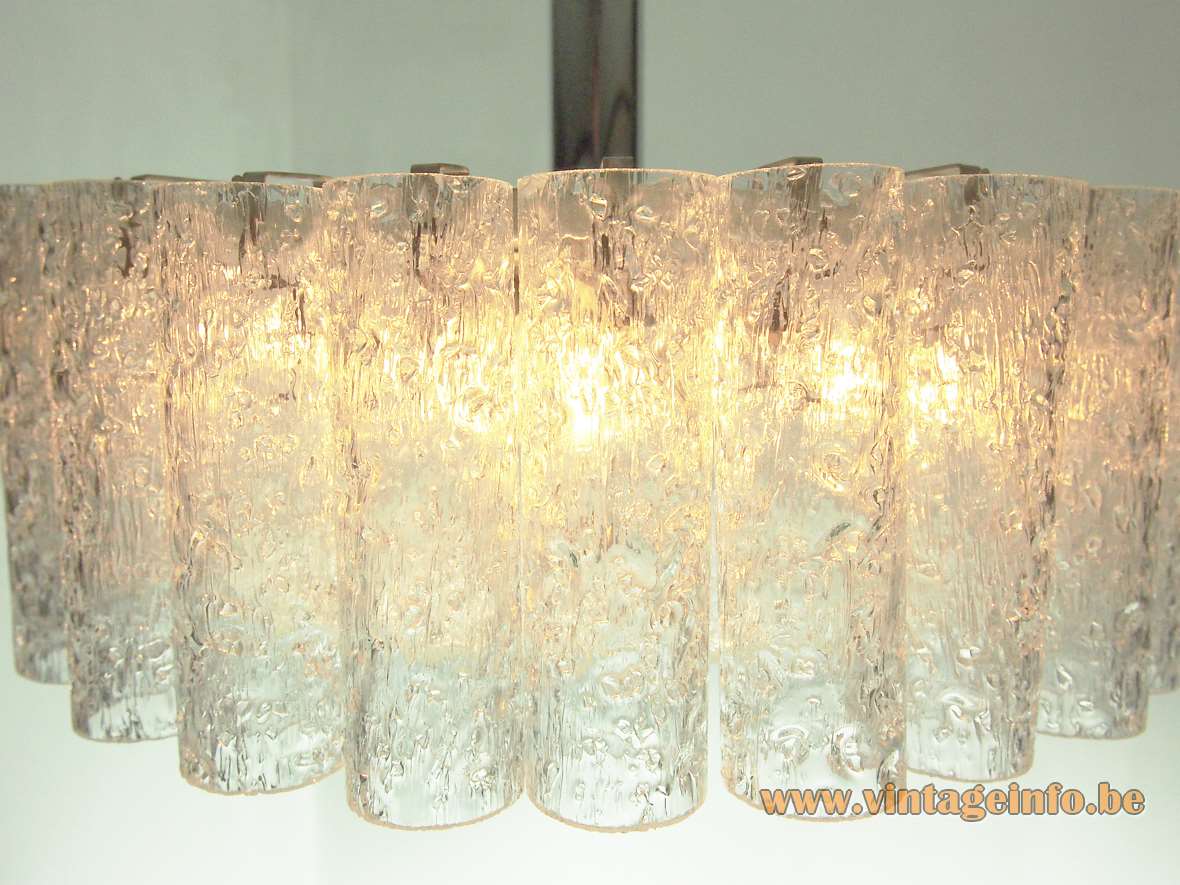 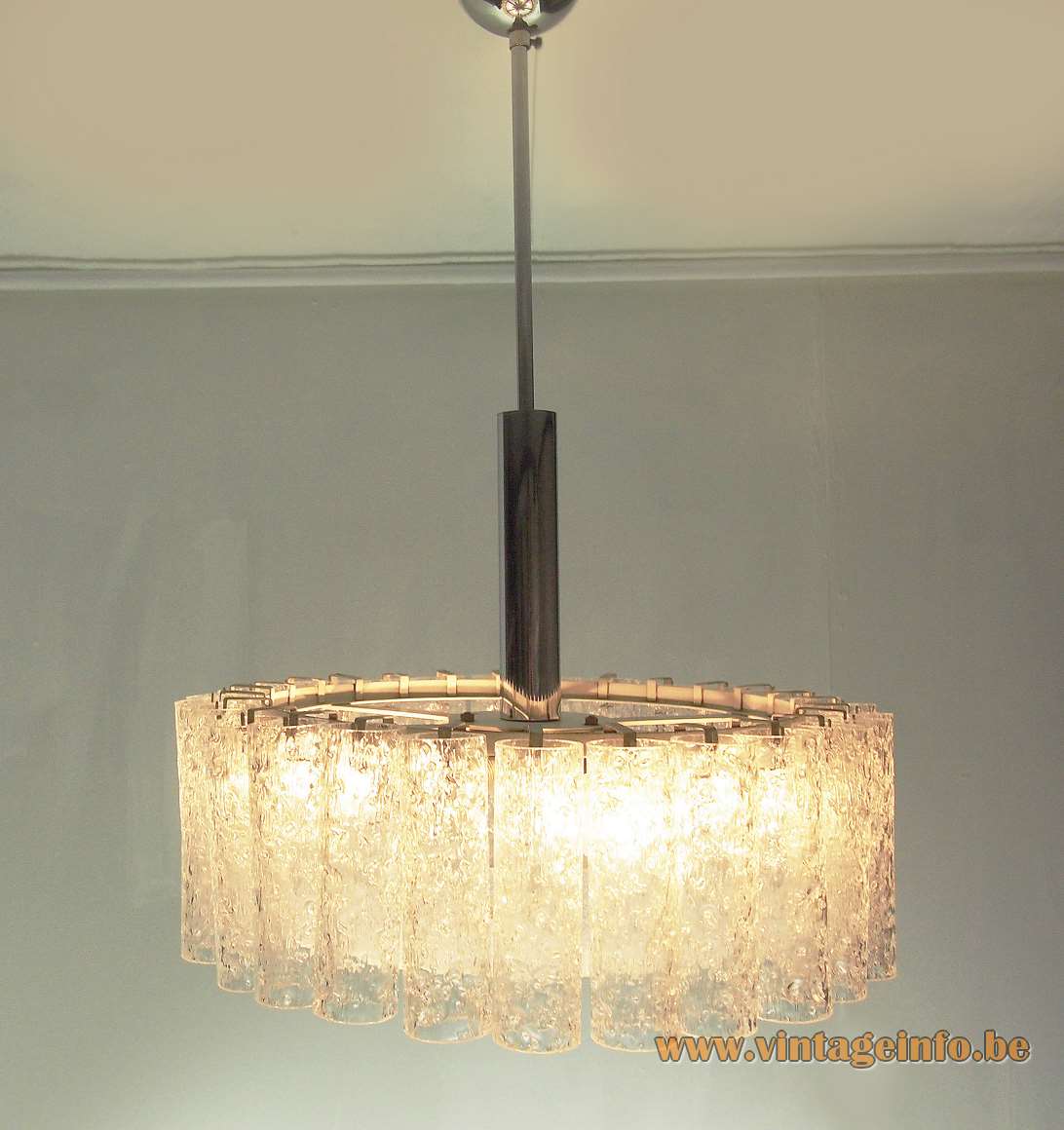 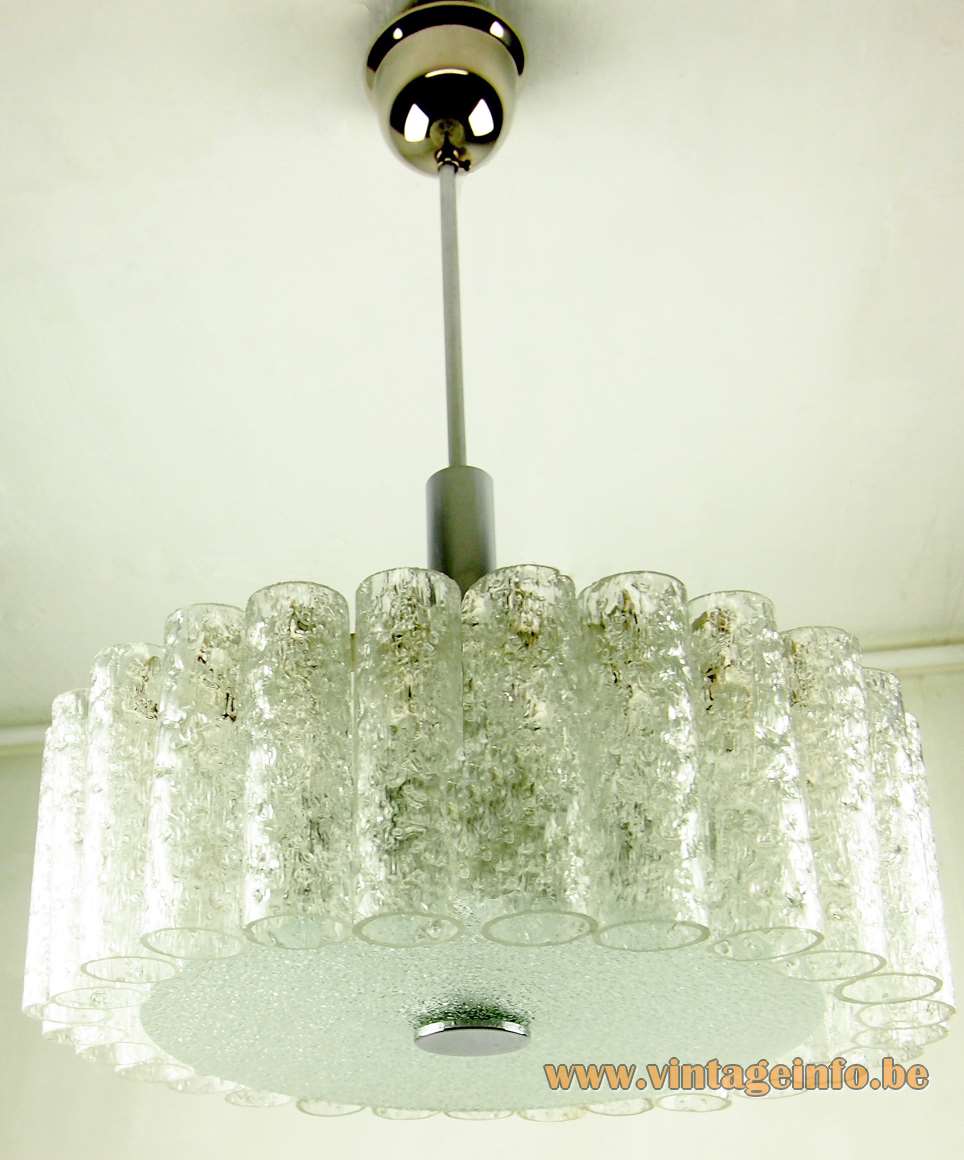 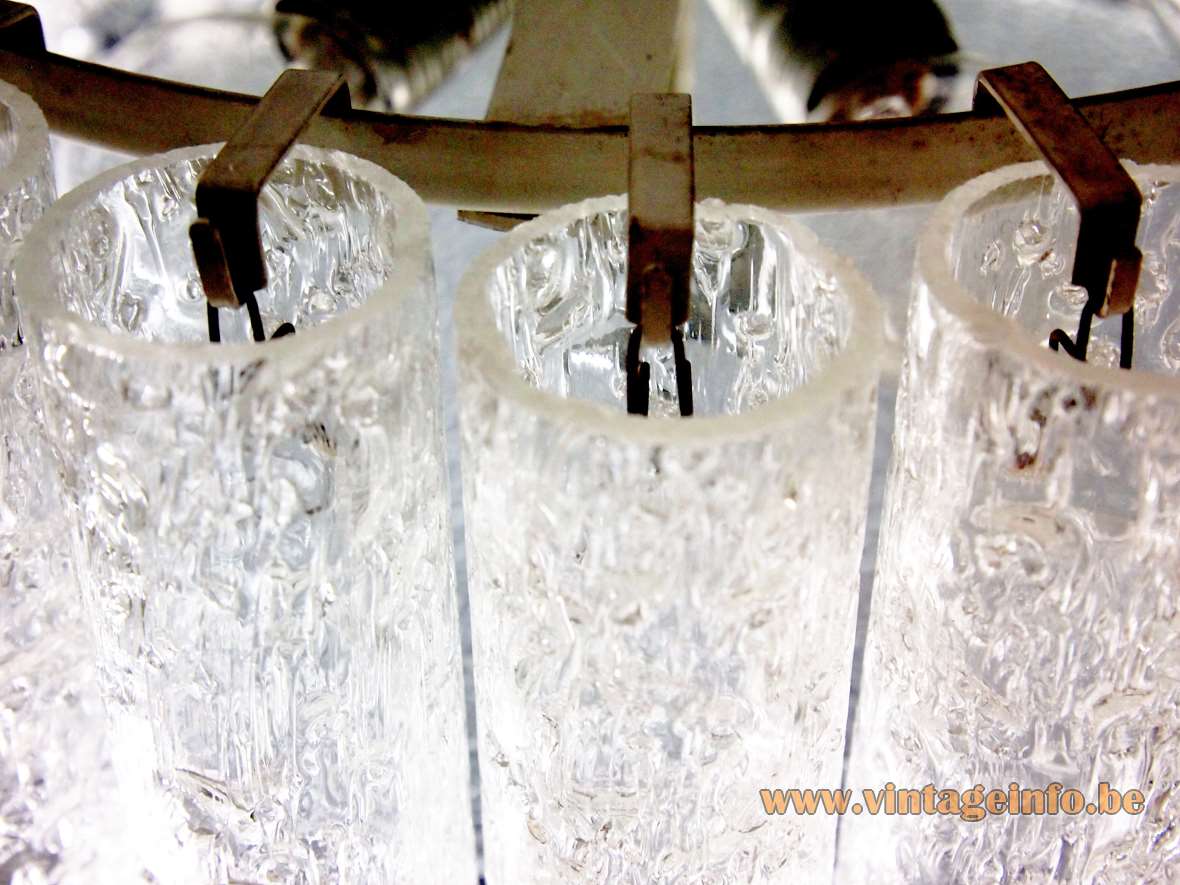 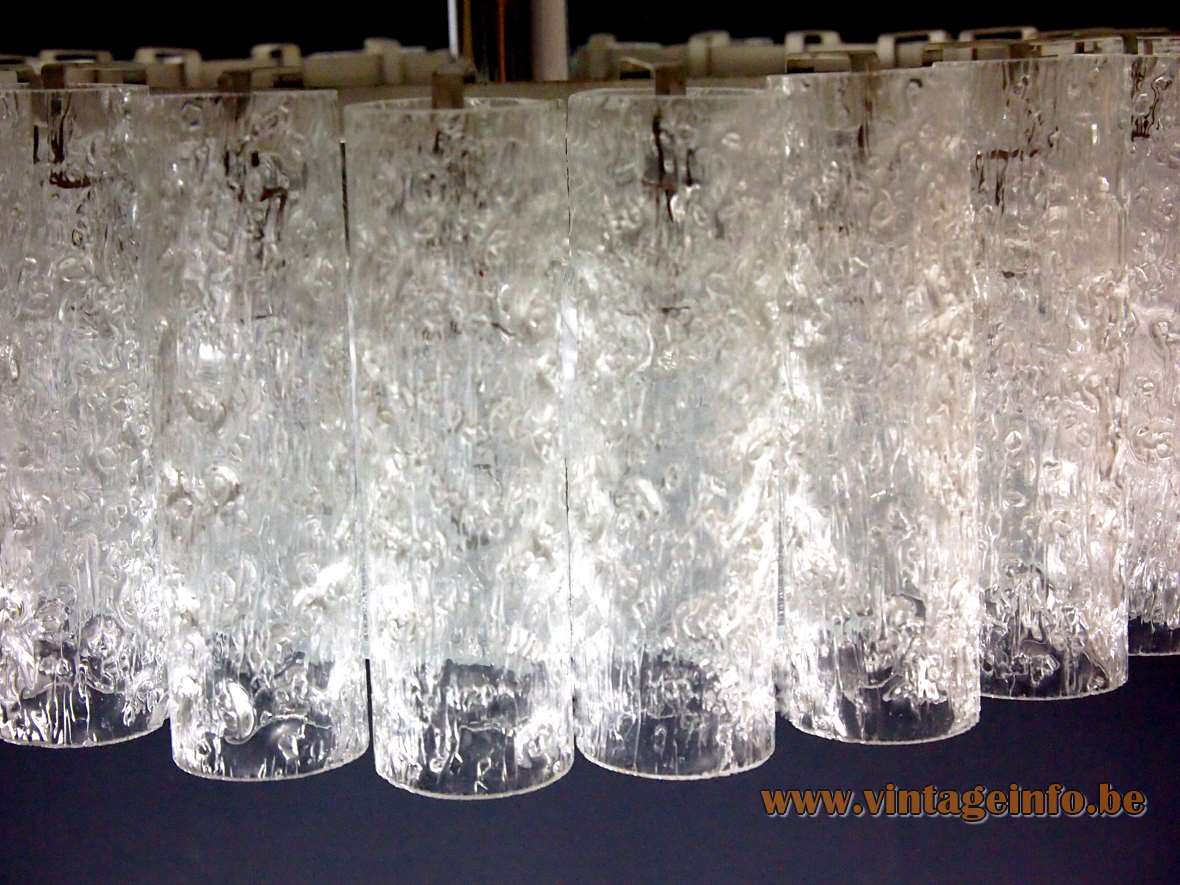 Other versions: This DORIA crystal glass tubes chandelier was made in many forms and sizes. It was produced since the 1960s until the 1980s. Also made as flush mounts, wall lamps, even as a table lamp. Slight variations in the glass parts. Often amber glass particles were added on the tubes. Also all made in brass.

Several chandeliers in this style won iF-Design Awards. The first one in 1968. The last one in 1980.

Other glass tubes chandeliers by DORIA