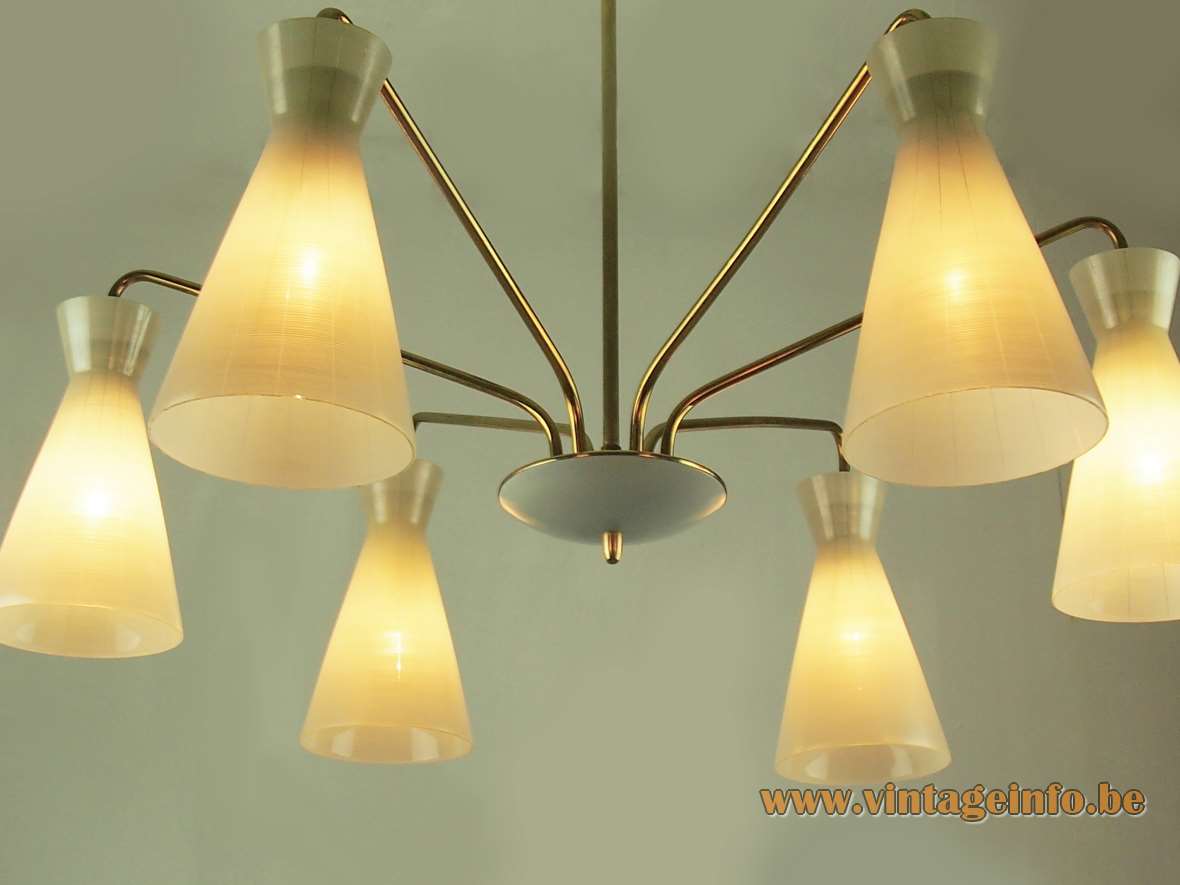 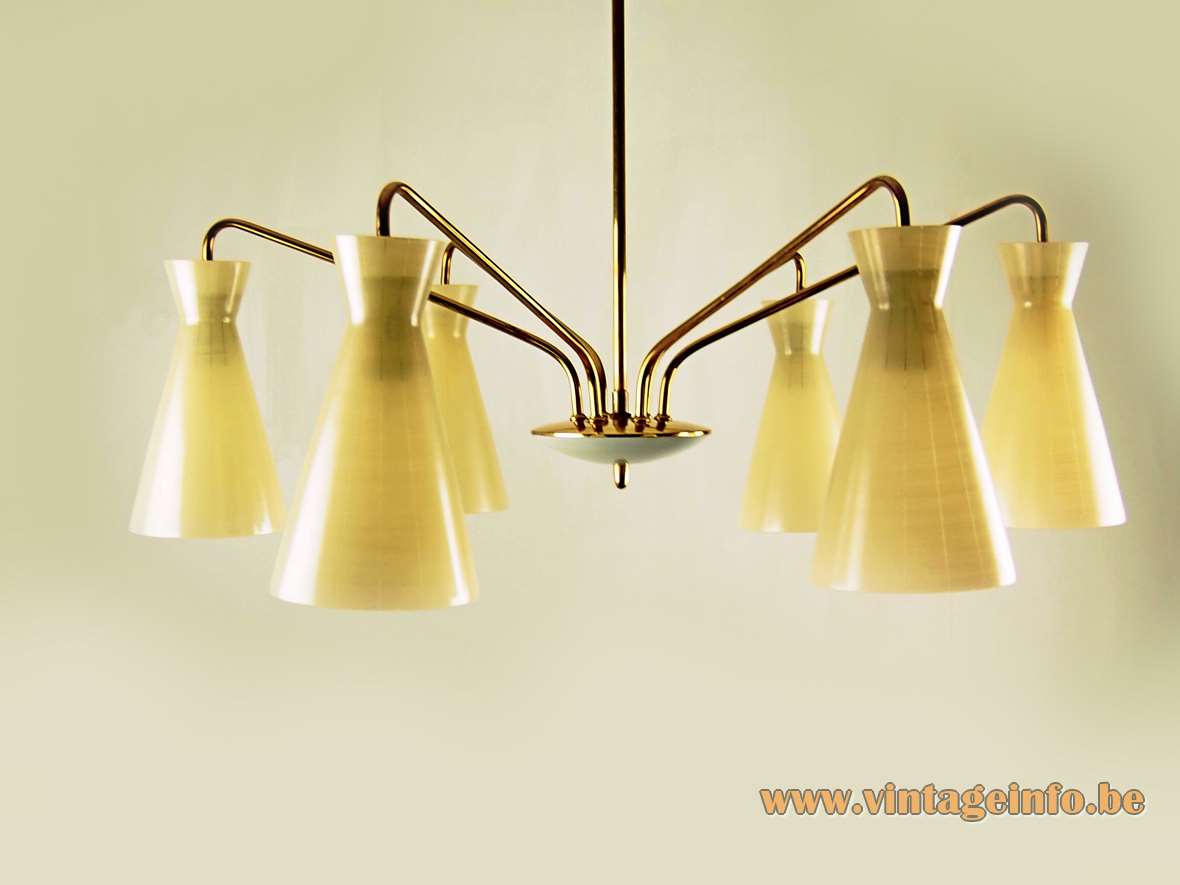 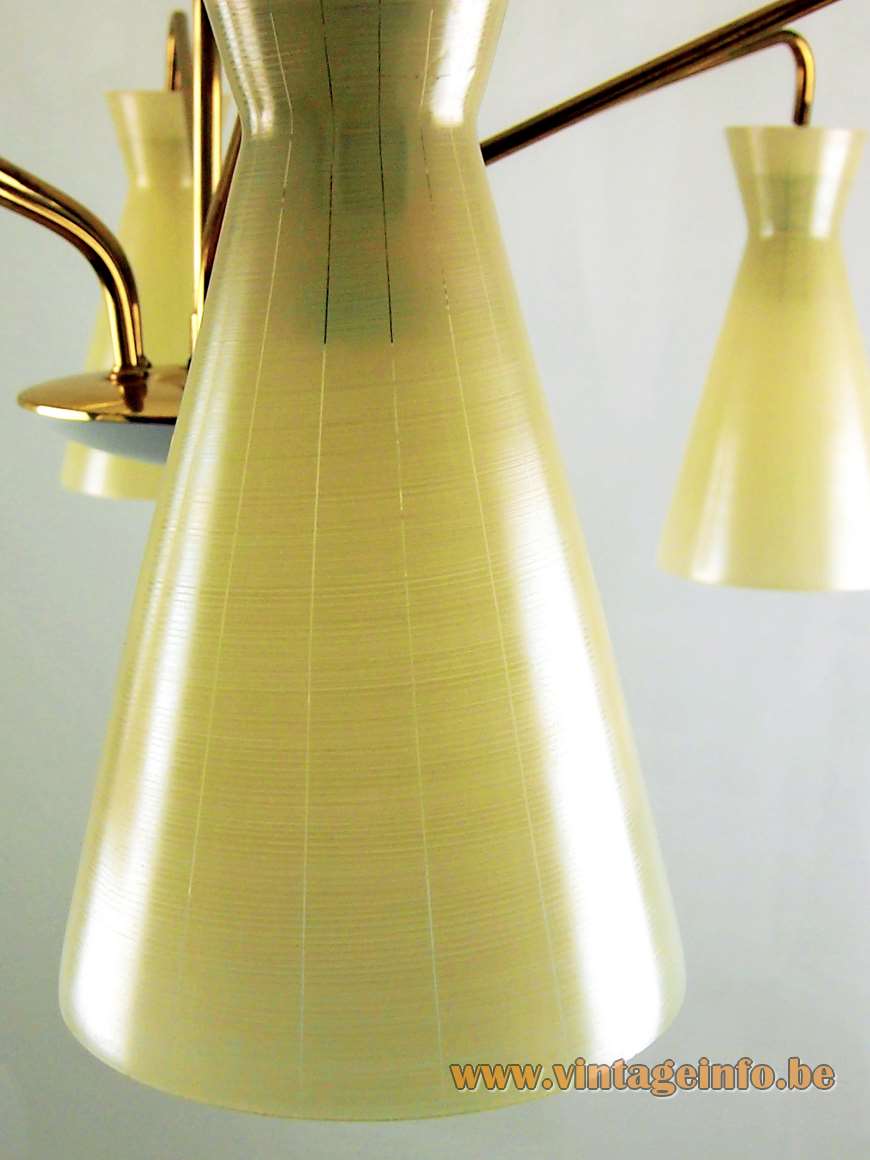 Other versions: This 1950s diabolo chandelier exists in all probability in several variations.

Diabolo is the name given to the shape of the lampshade. The diabolo lampshades were very popular in the 1950s. You can find several examples here on Vintageinfo.

There are many types of diabolo lamps. Some say the first design for a lamp was by the French designer Pierre Guariche.