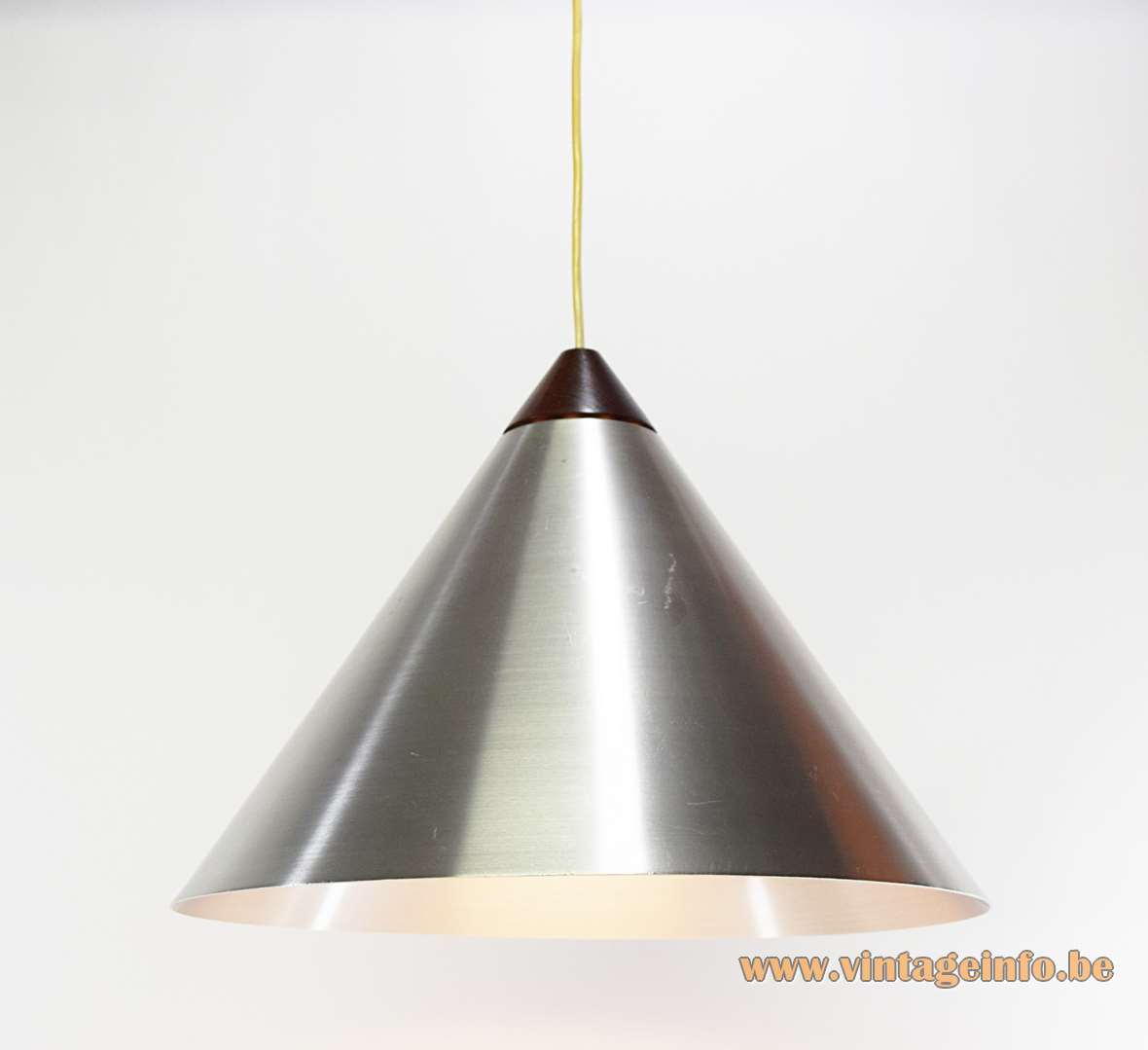 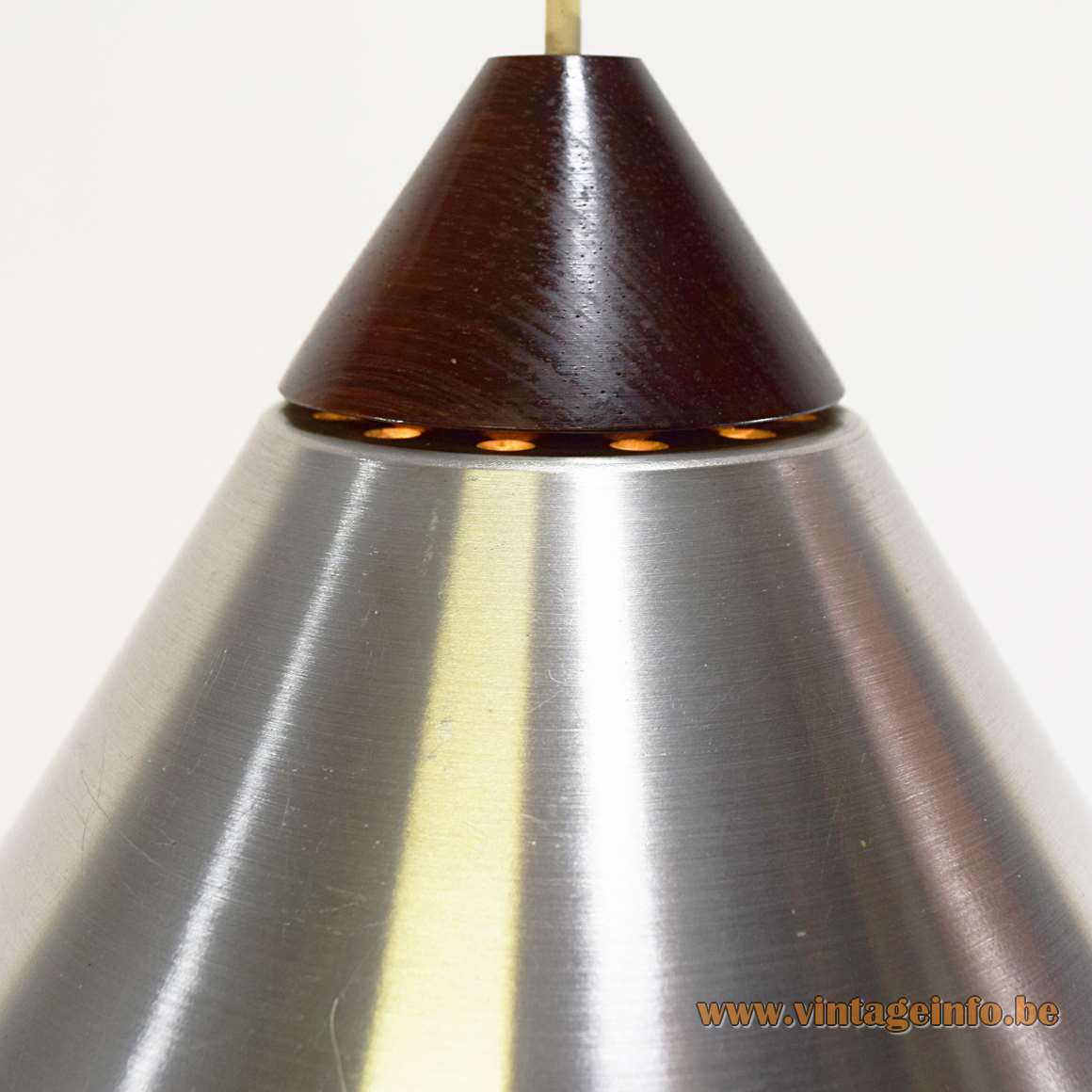 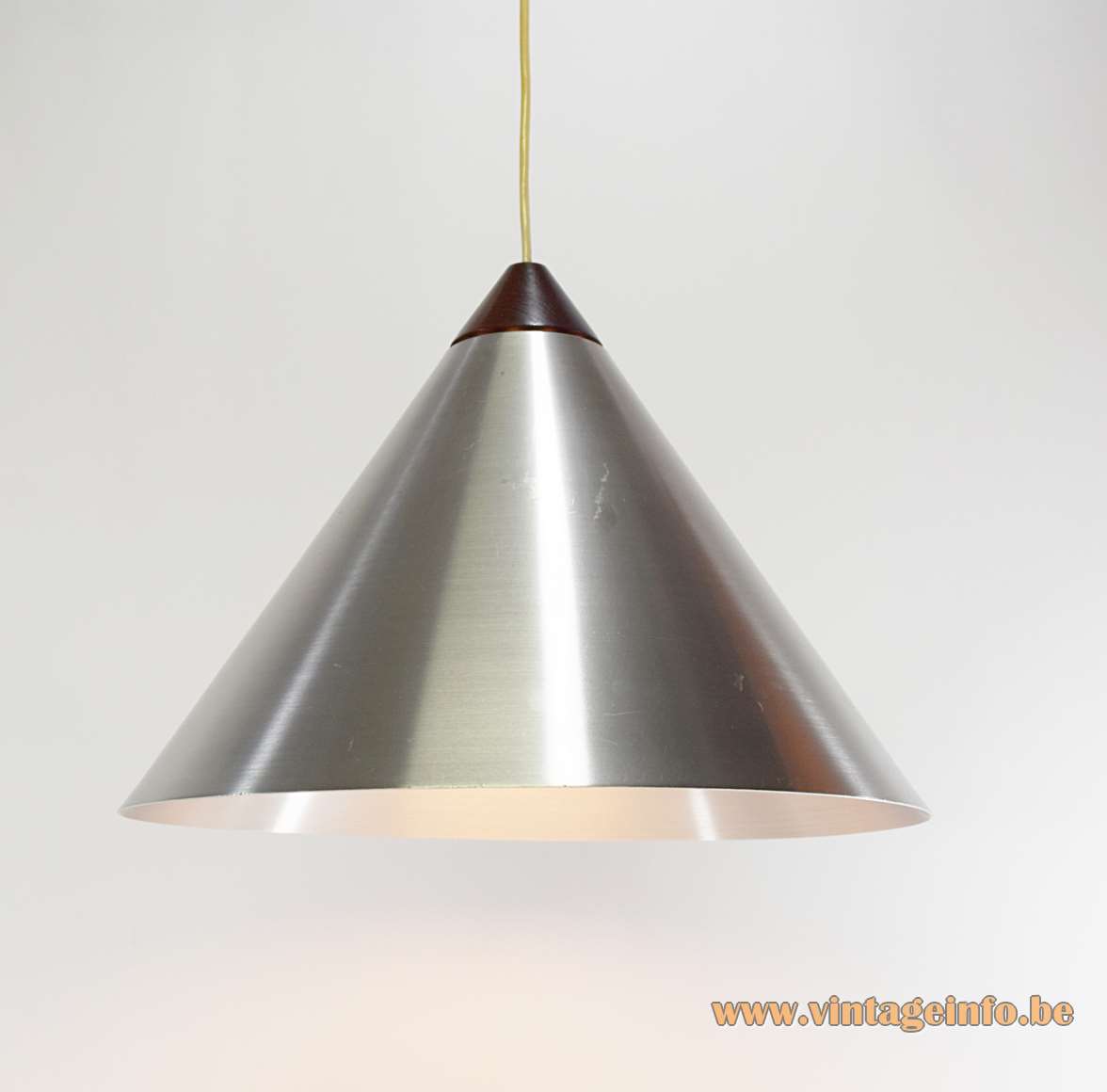 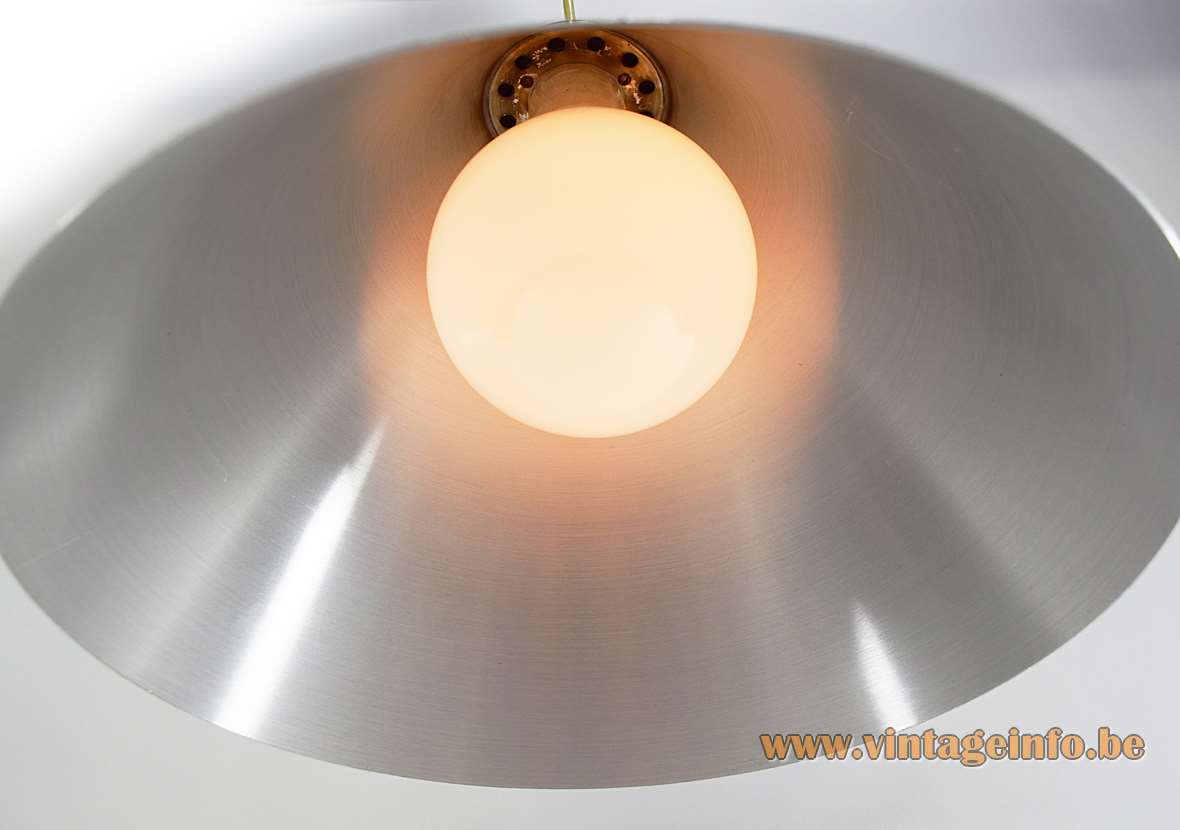 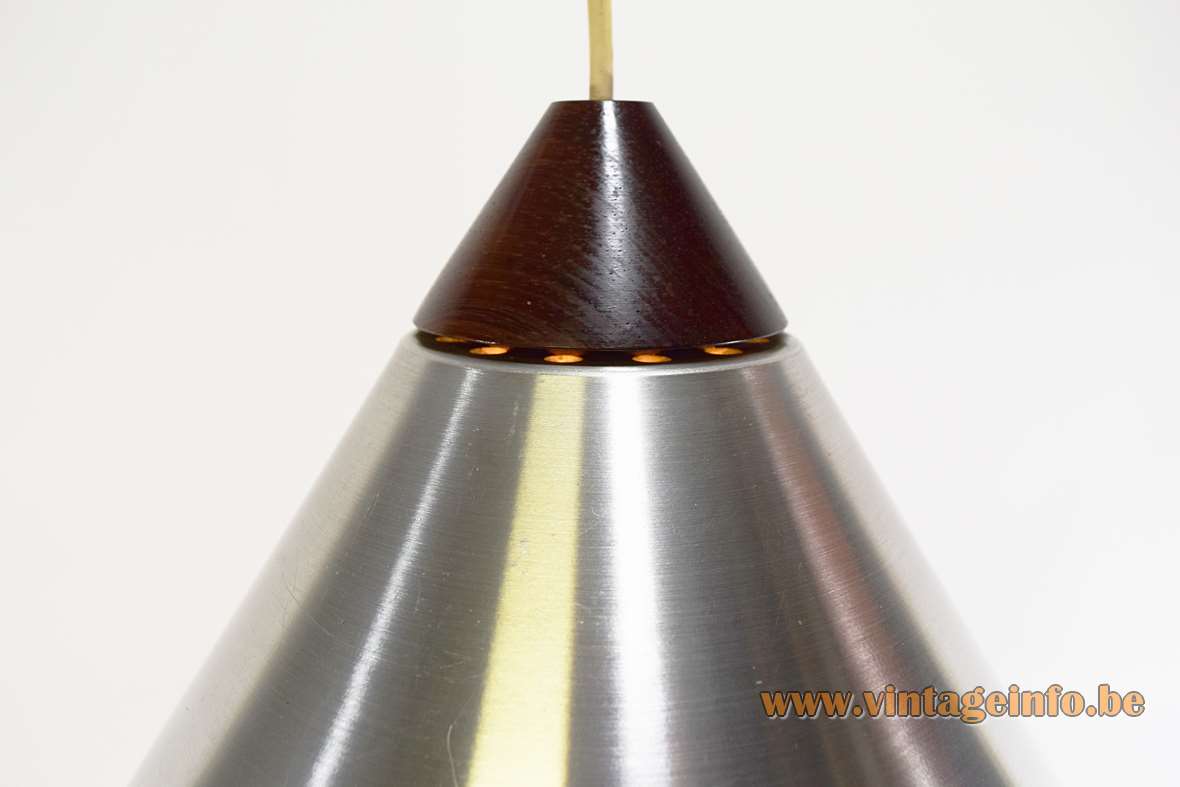 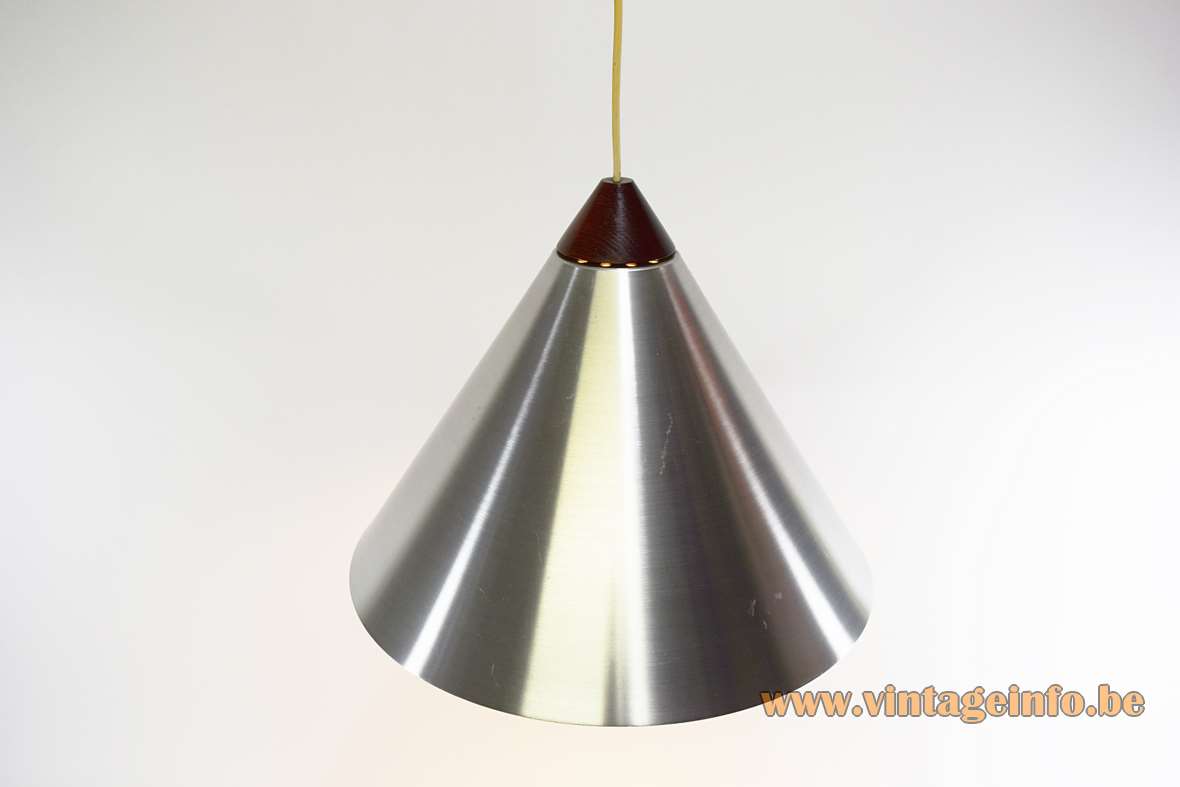 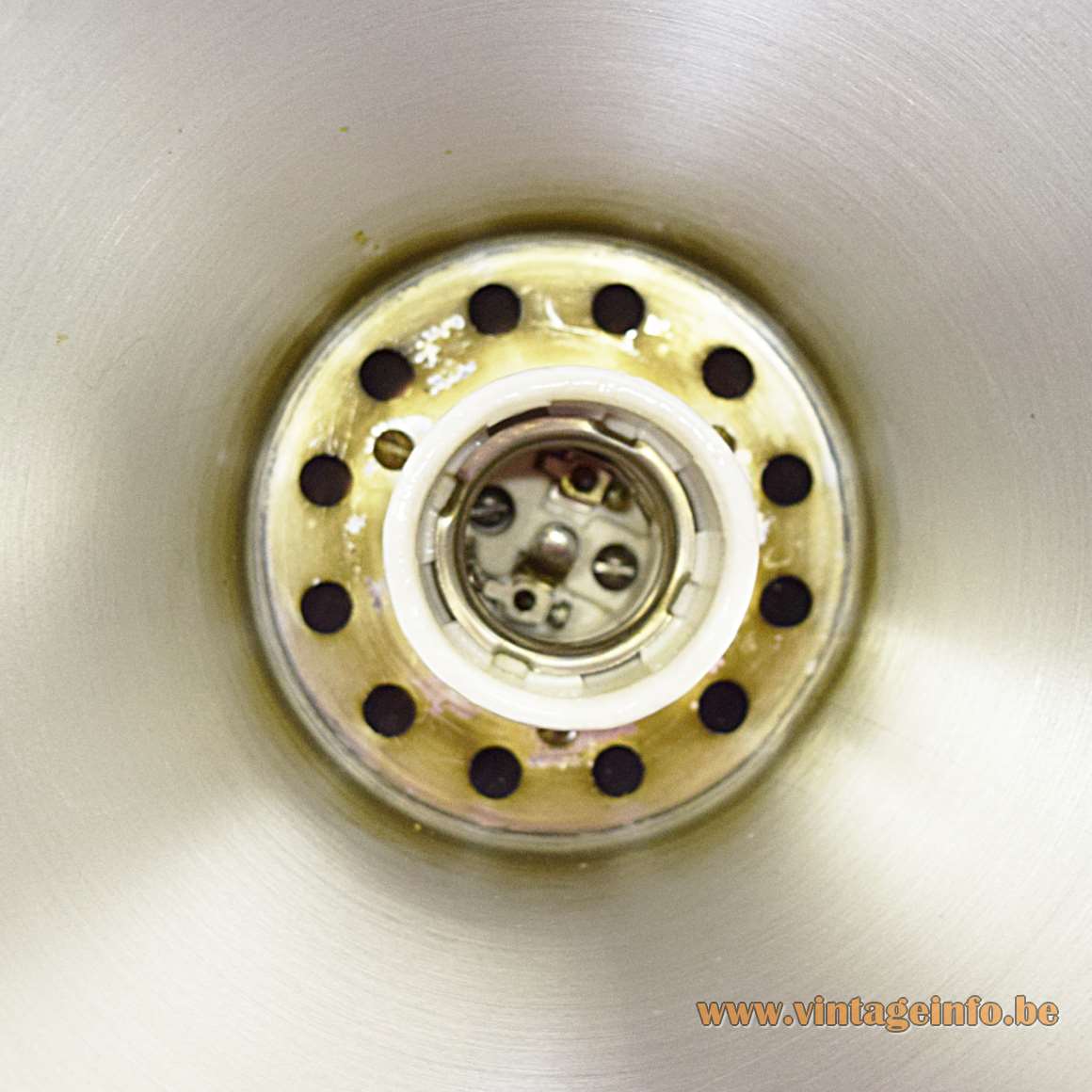 Other versions: This Uno & Osten Kristiansson pendant lamp was also made in copper and in white. It is model 580.

Philips produced a similar one, but it has a perforated lampshade. As you can see in a 1968 catalogue picture, model NPD 177. 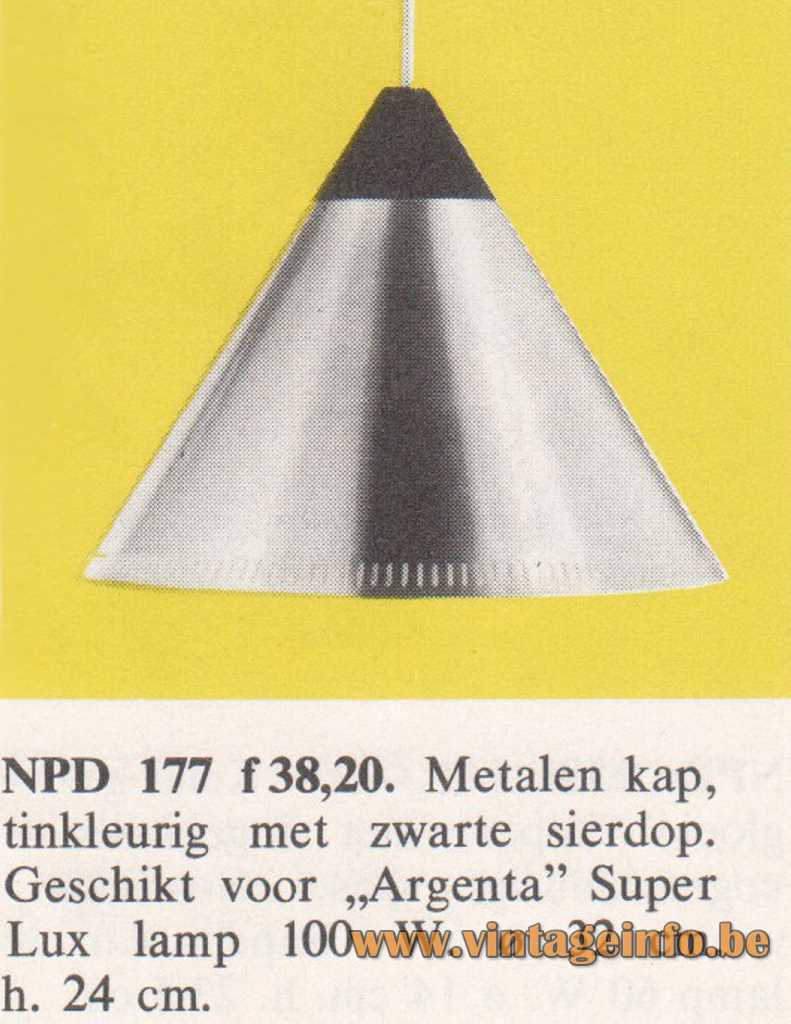