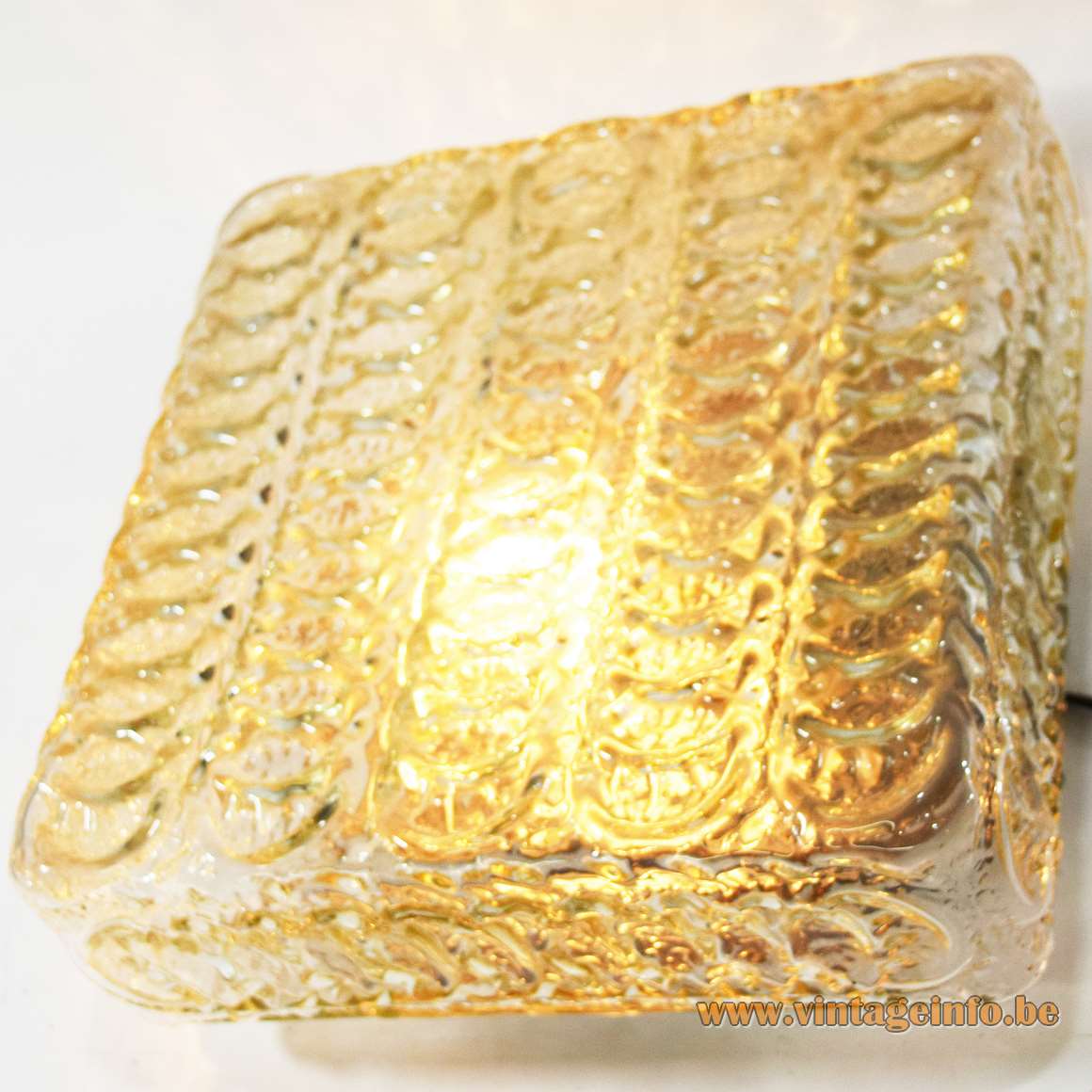 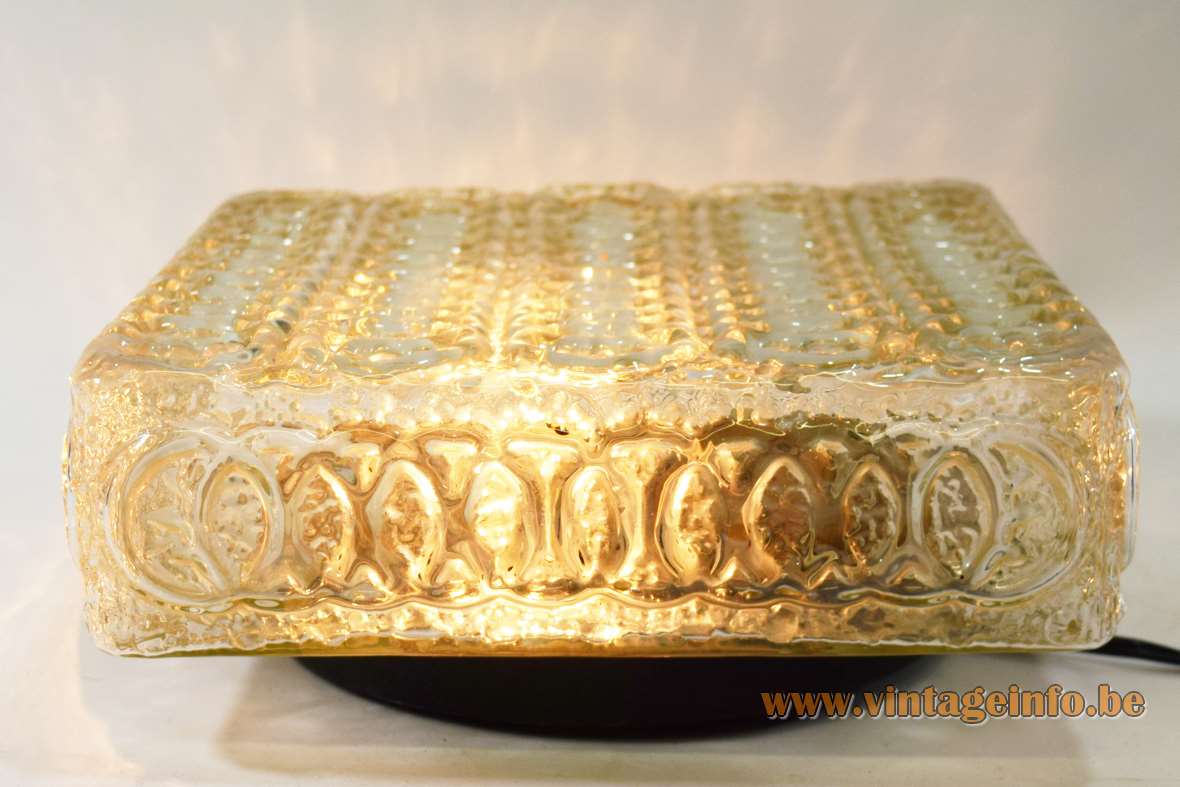 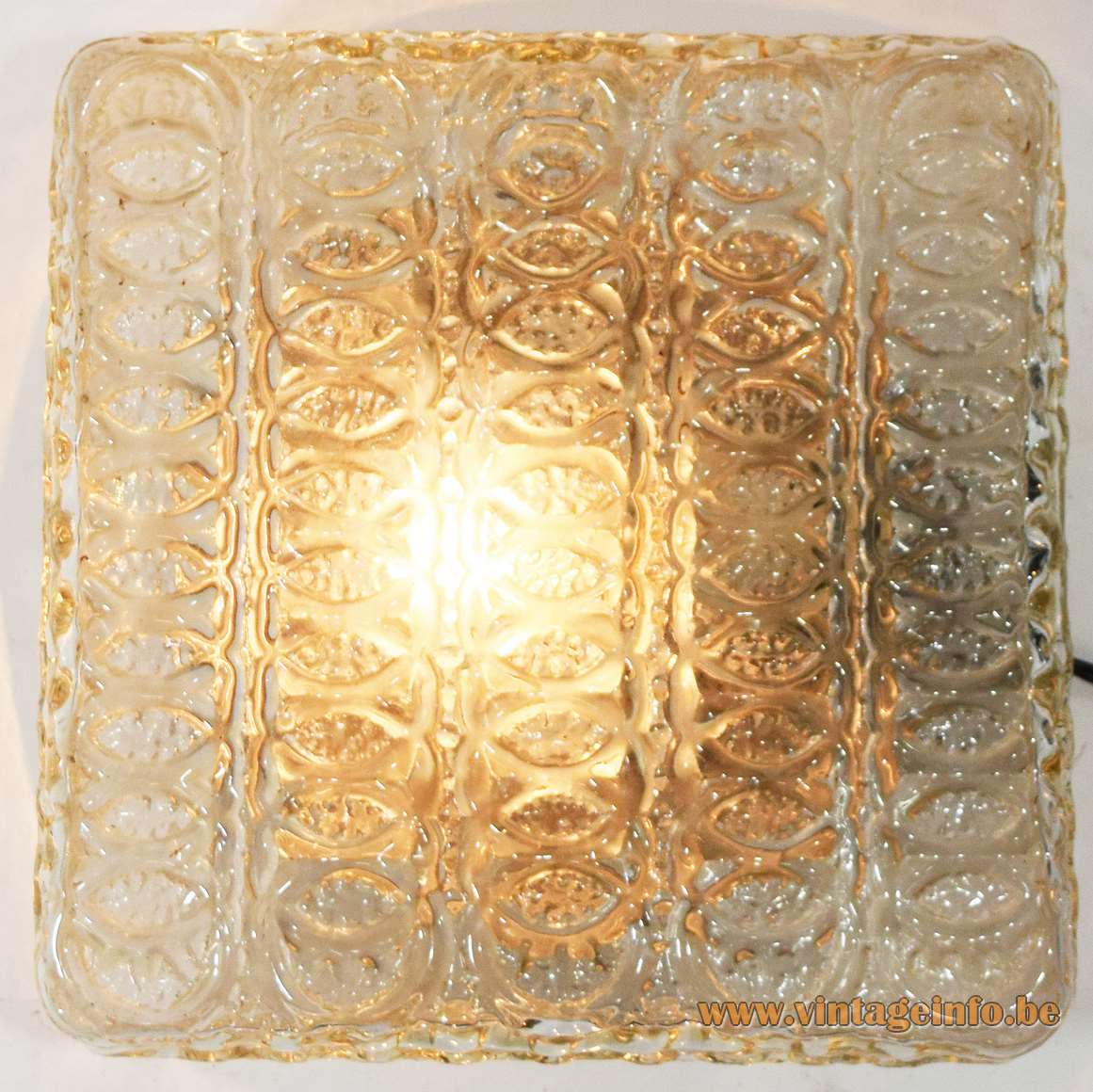 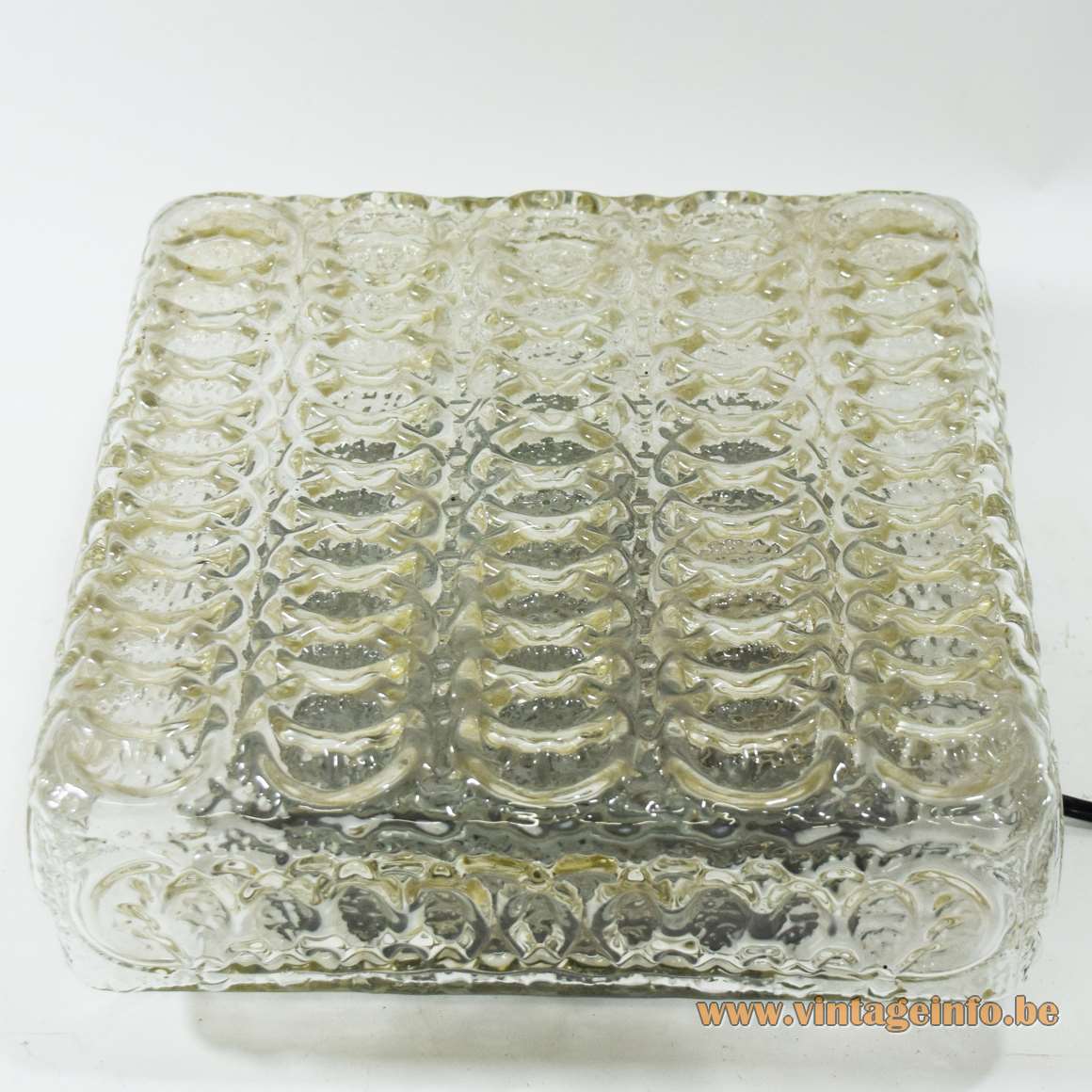 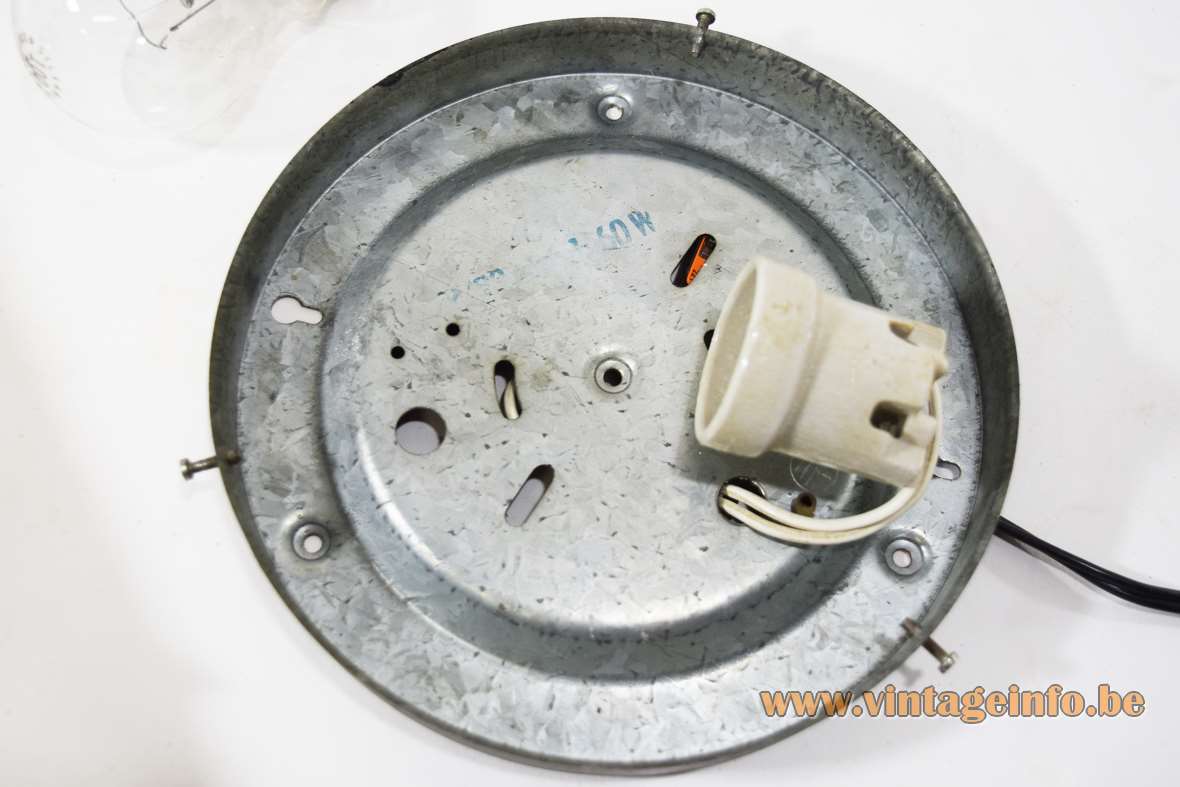 Other versions: This Square Amber Glass flush mount or wall lamp was made in several forms and sizes. They were/are also used as wall lamps.

No label present, but in all probability produced by Glashütte Limburg. The same German socket was used. Only since the 1970s the company used their well known silver labels. This one has a printed stamp as you can see, but only the 60 Watt is readable.