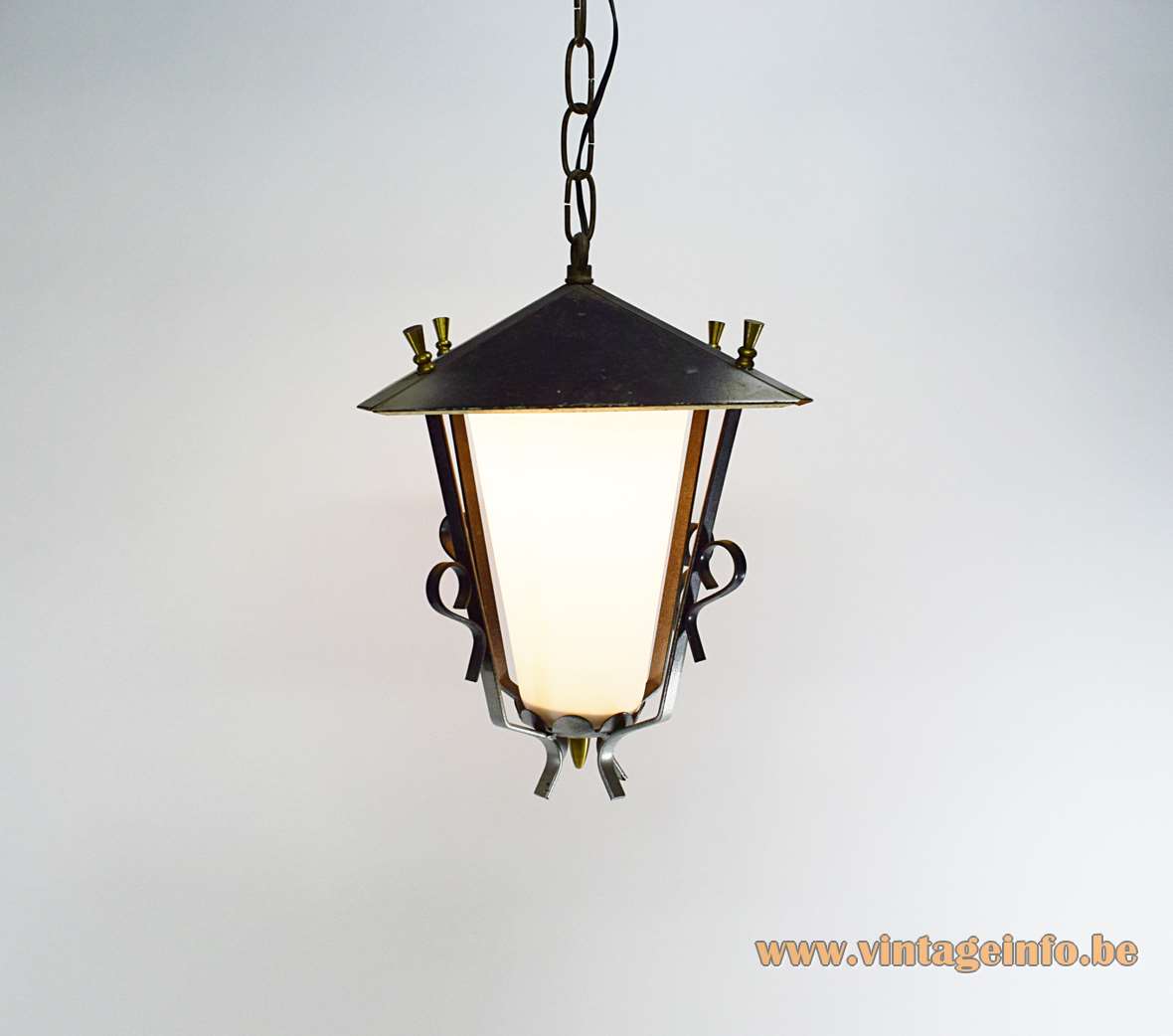 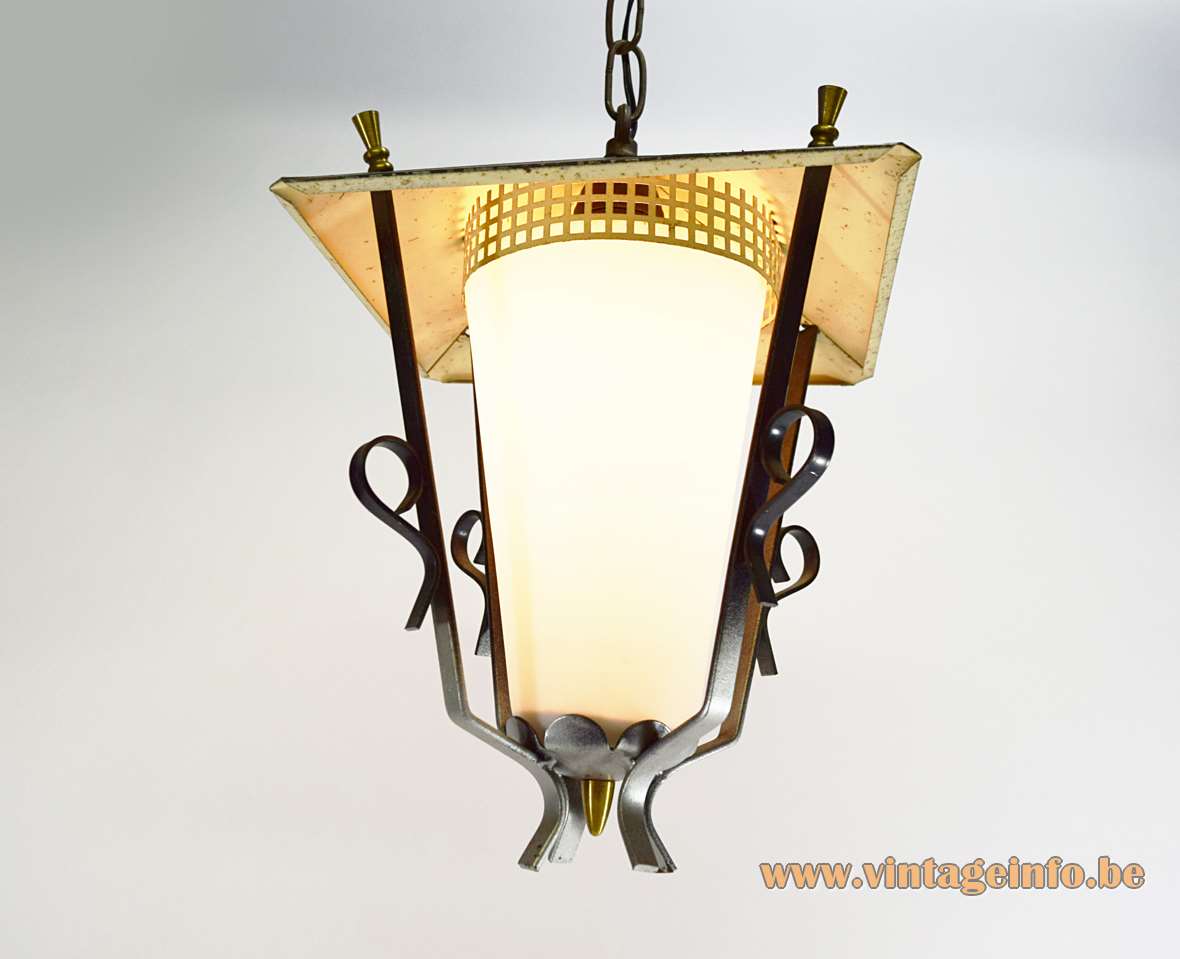 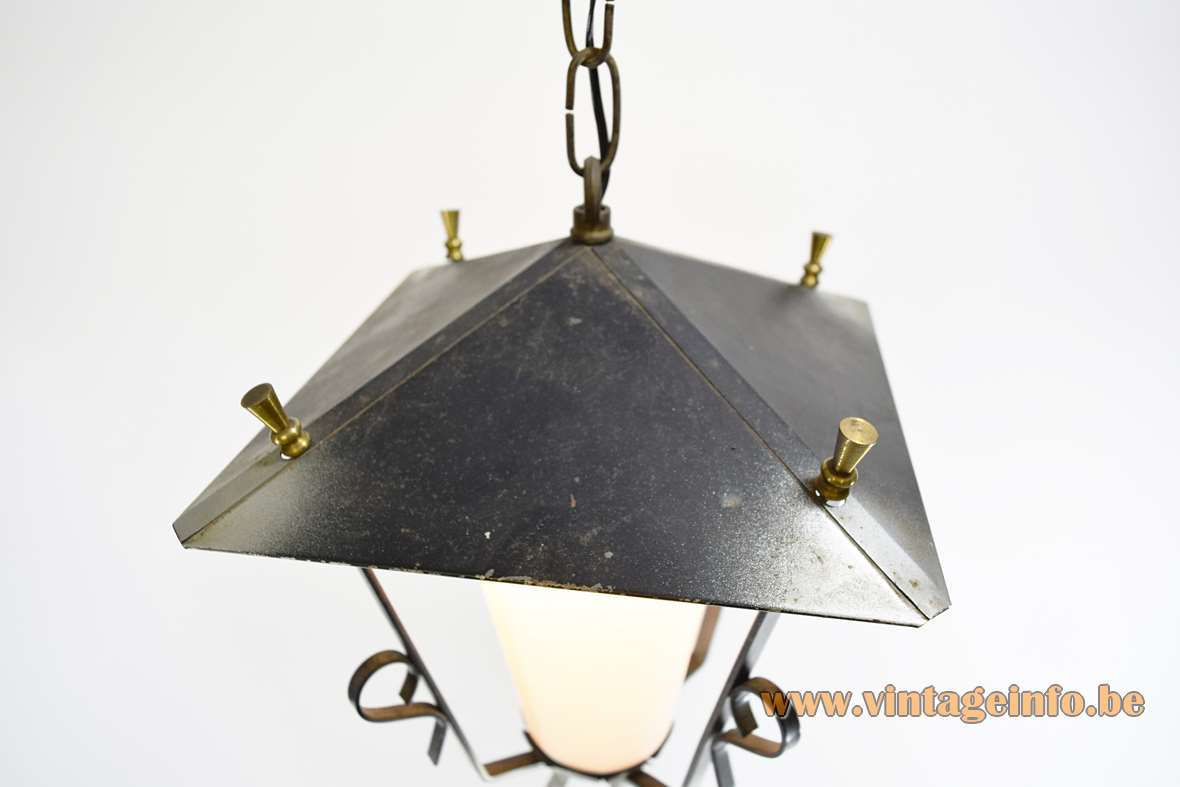 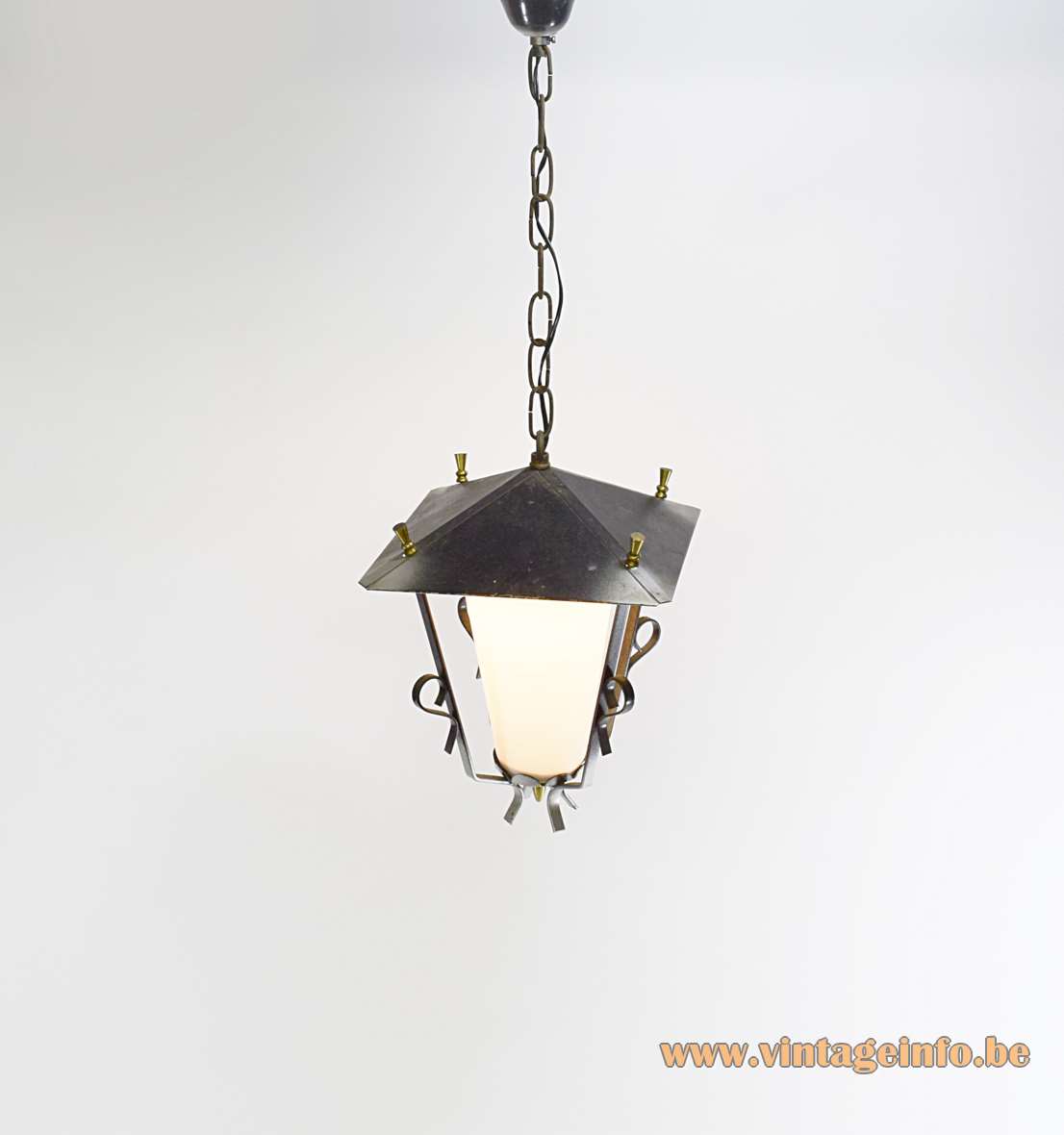 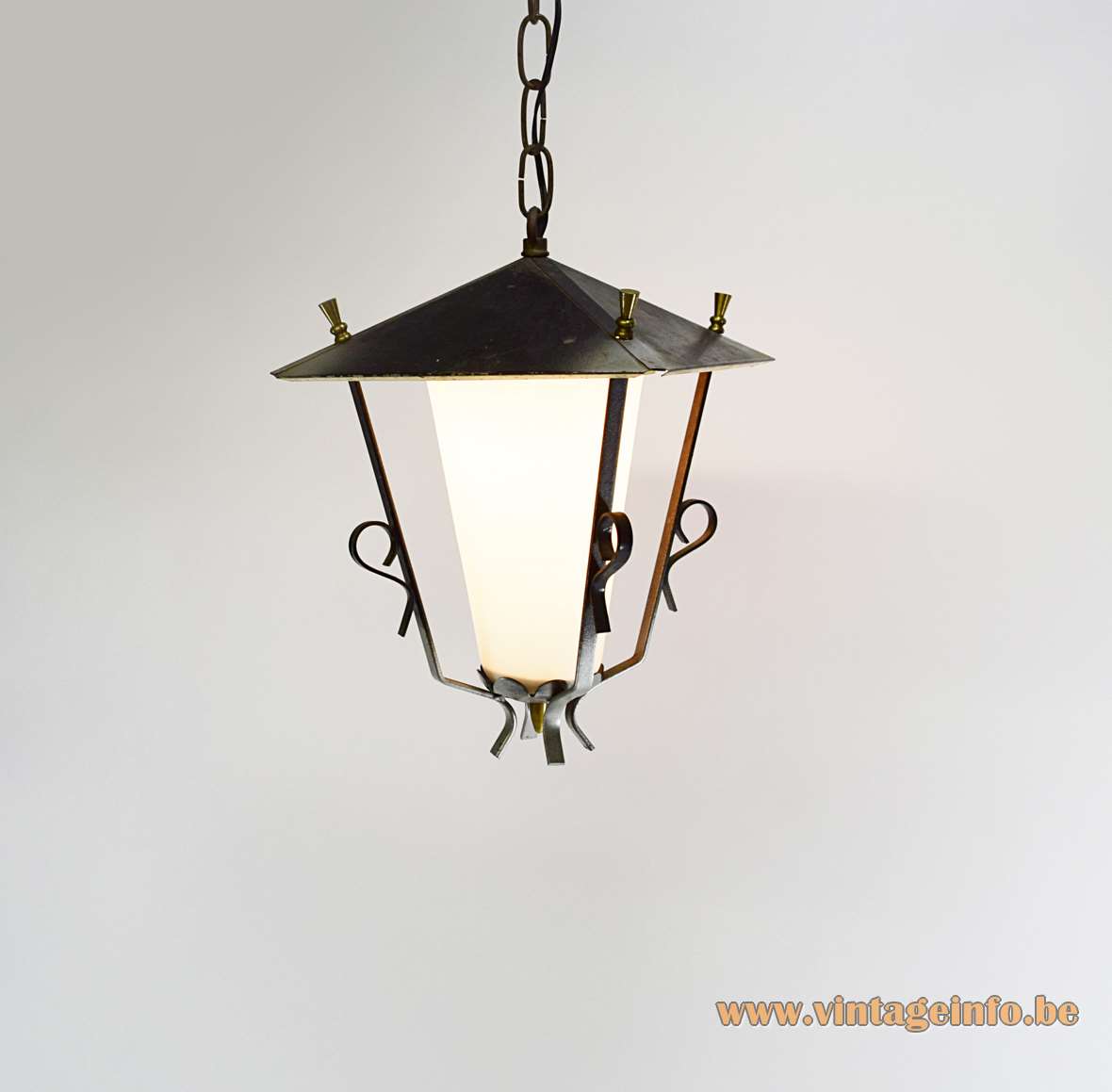 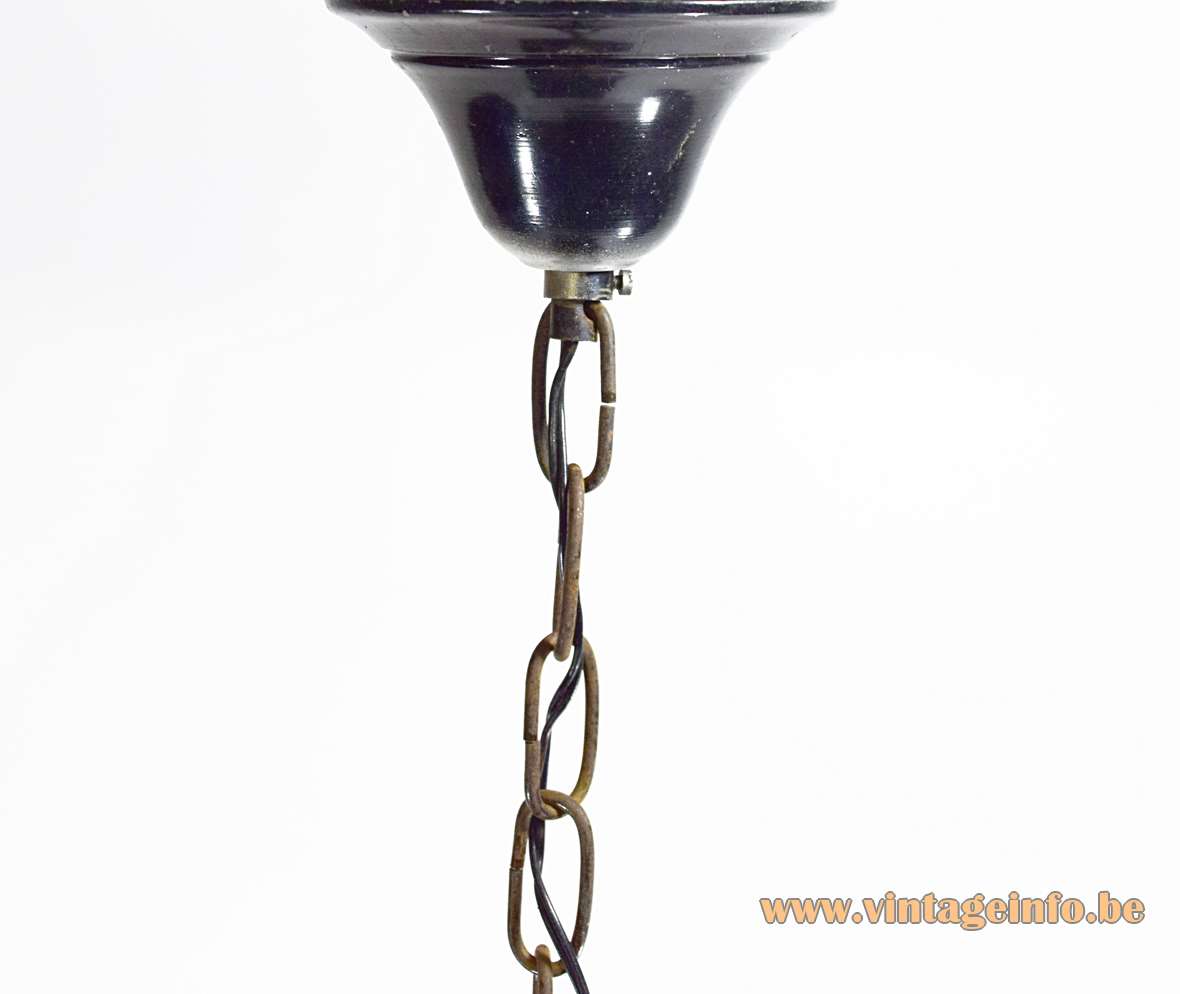 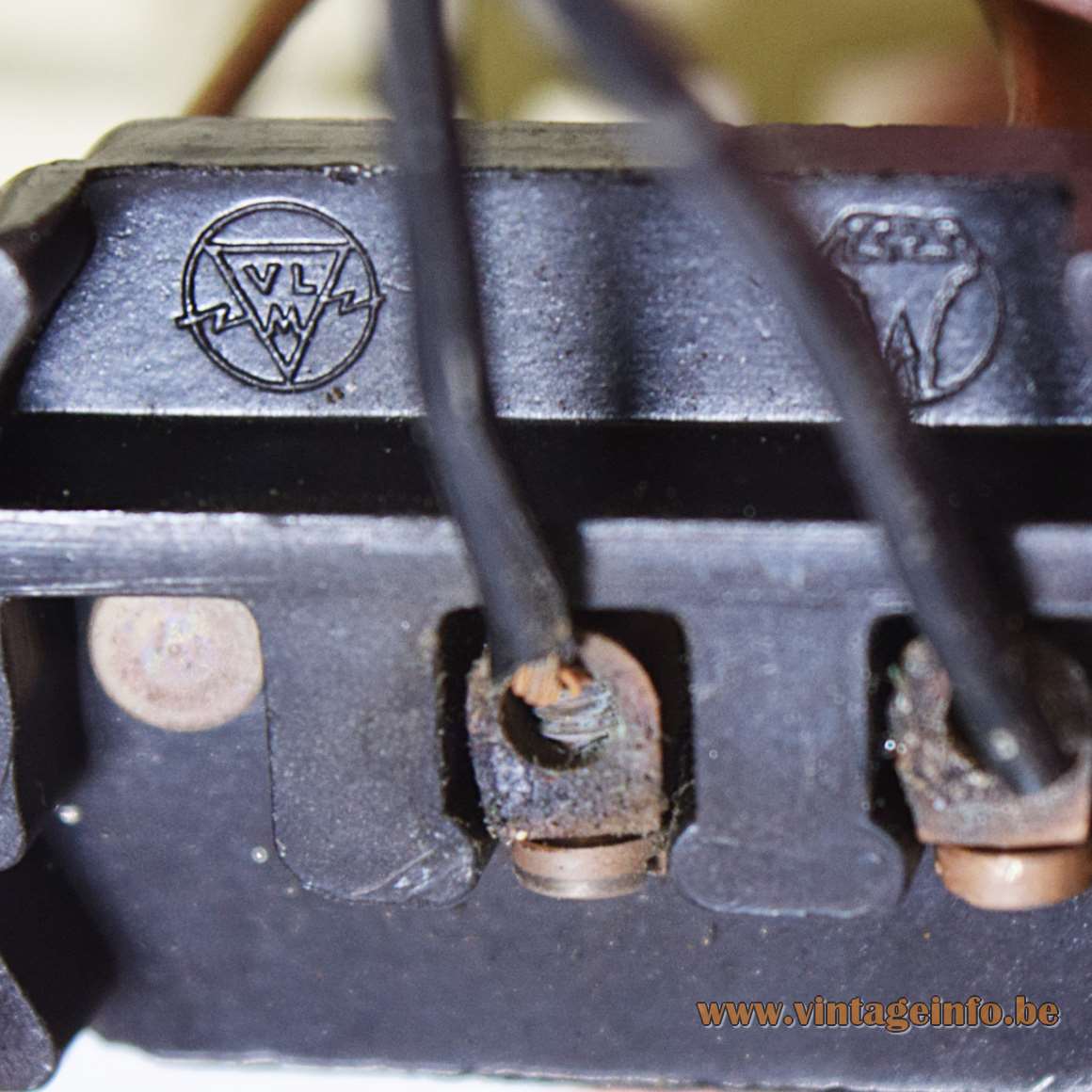 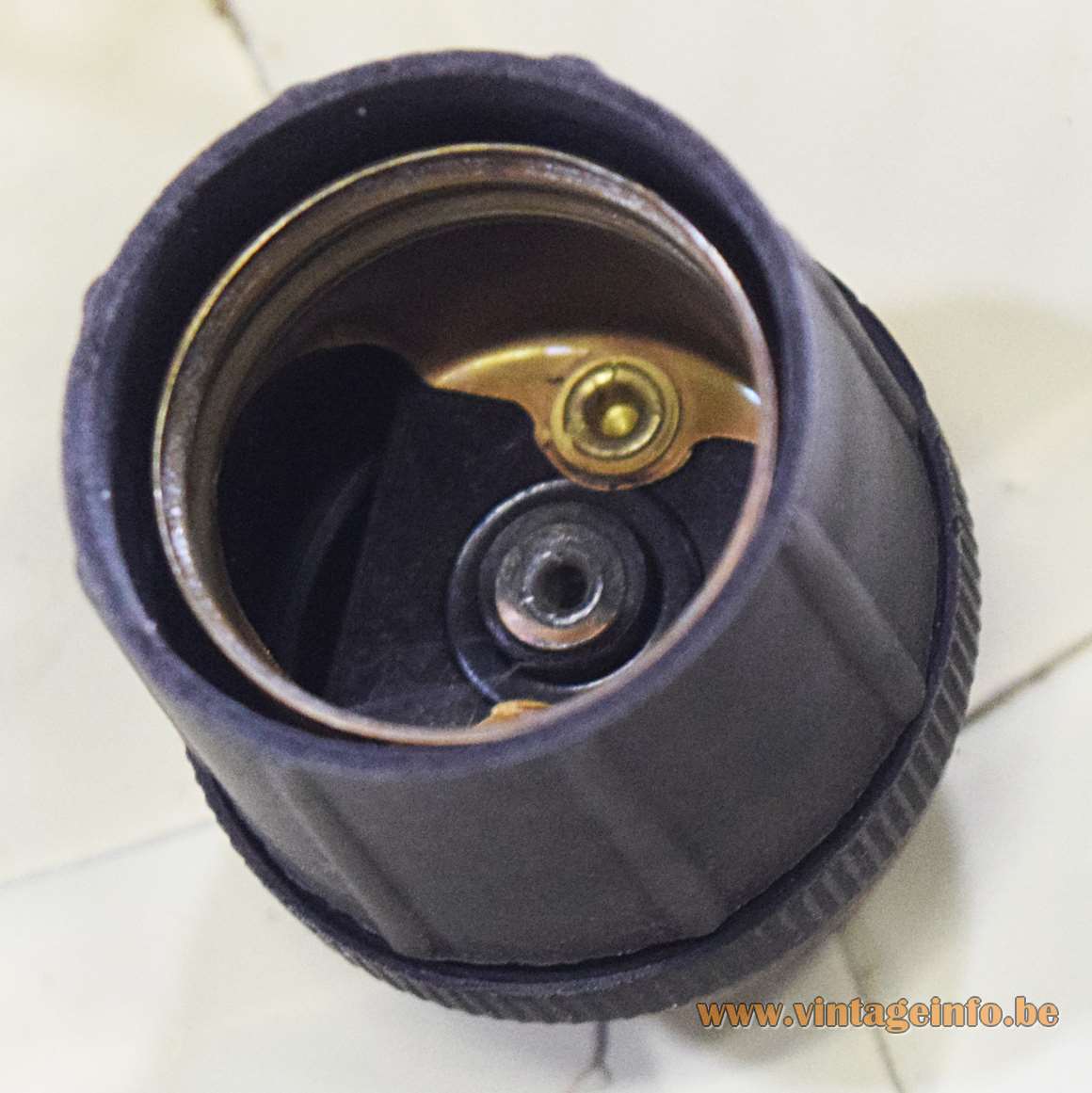 Other version: This 1950s lantern pendant lamp was probably also made with clear glass.