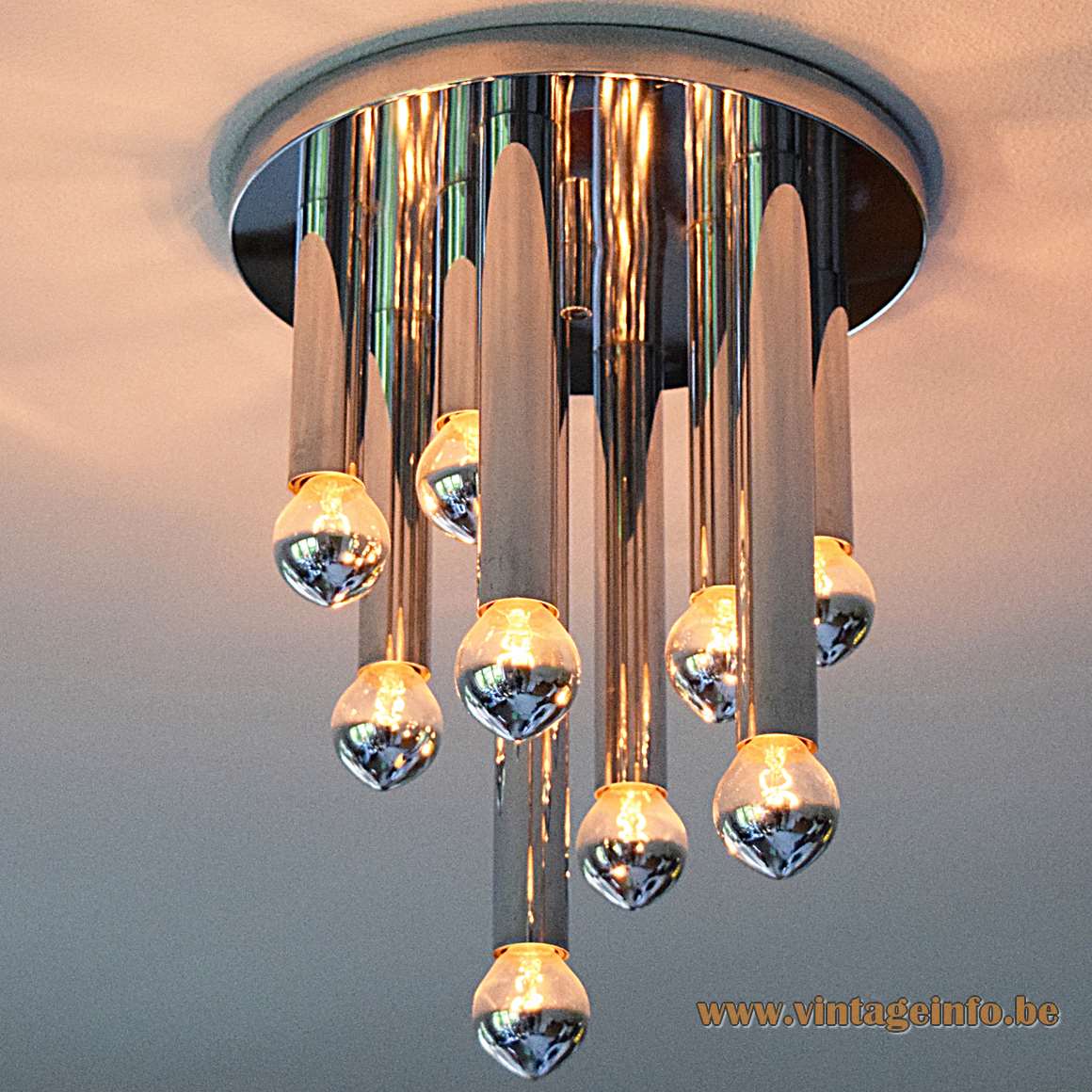 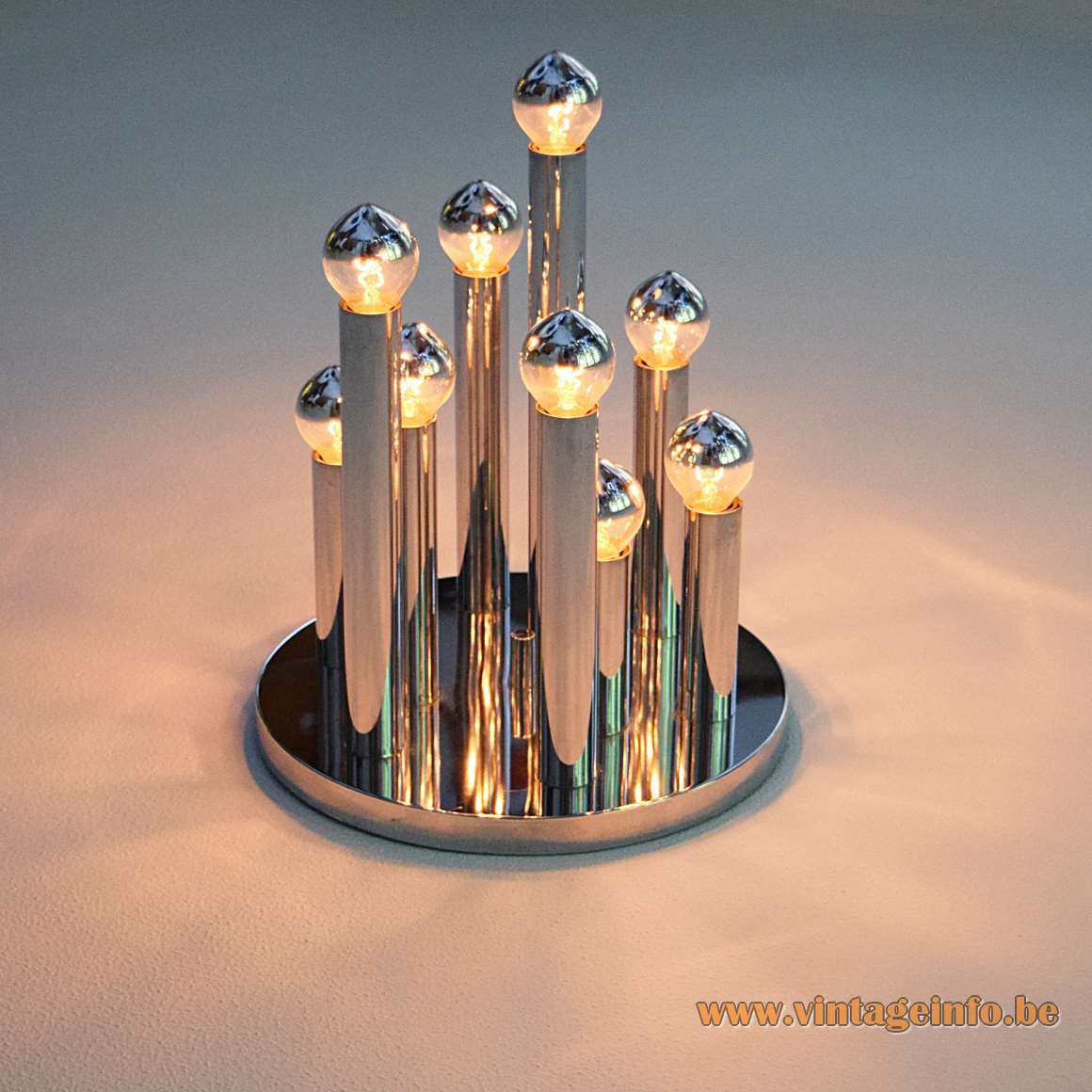 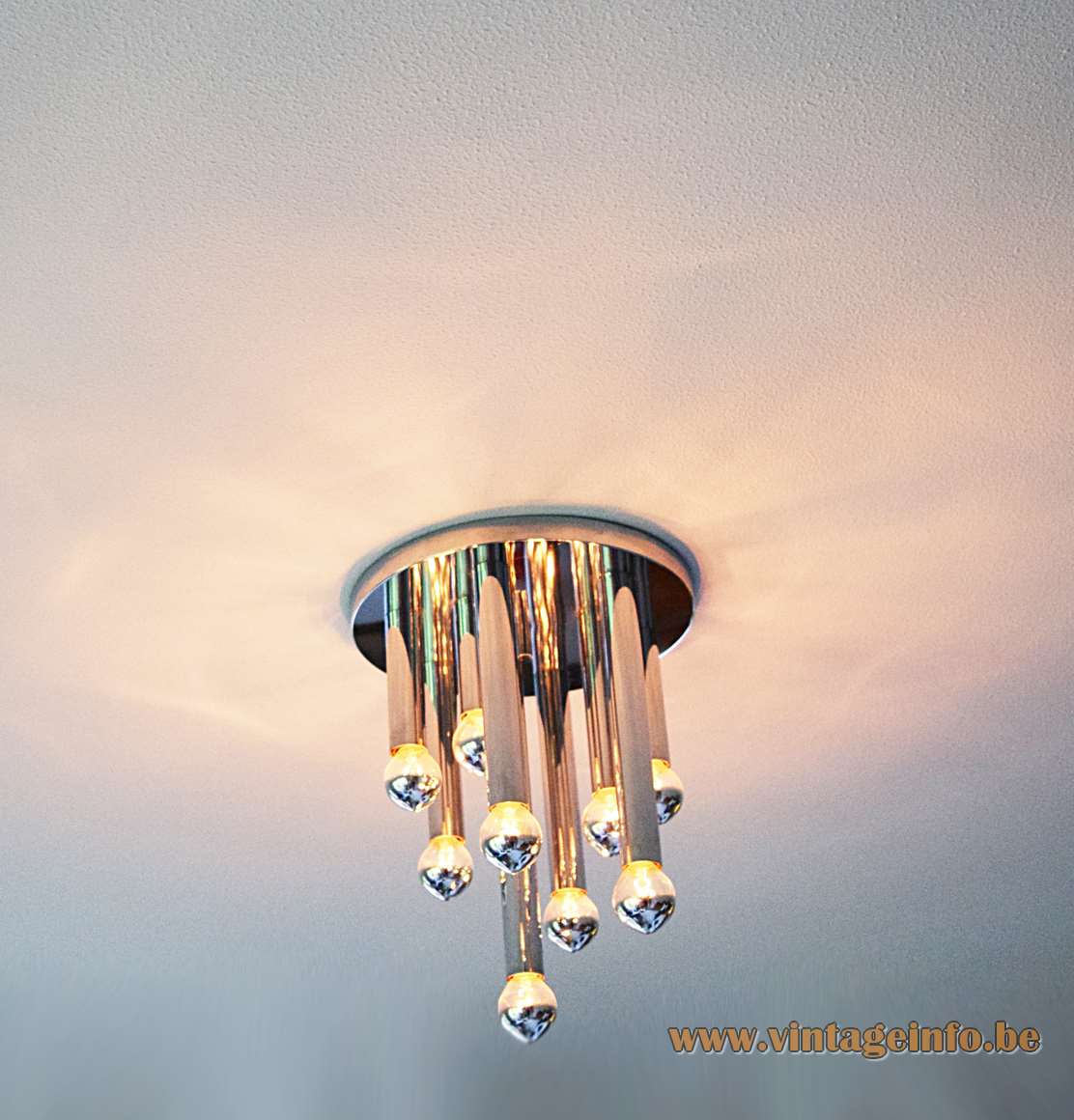 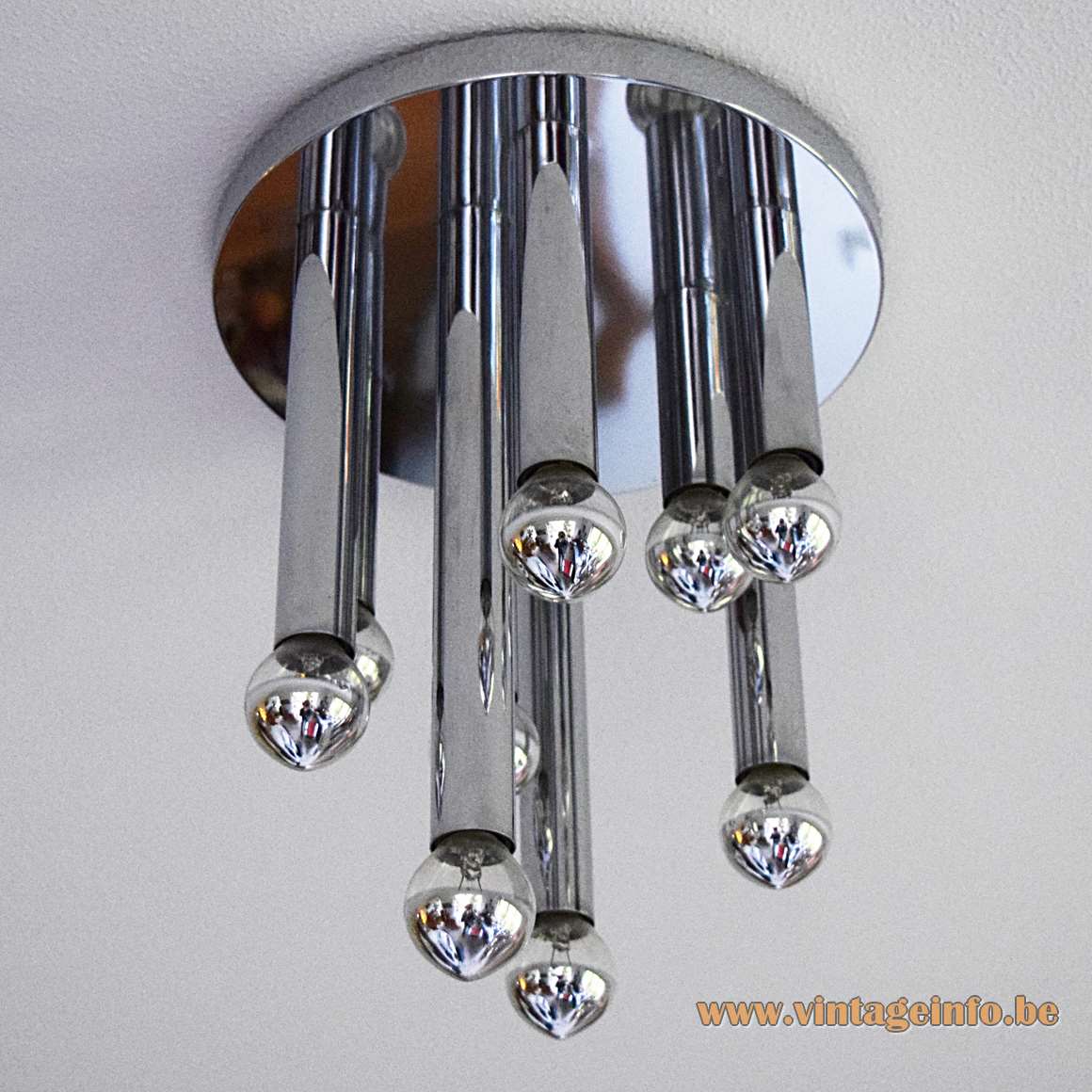 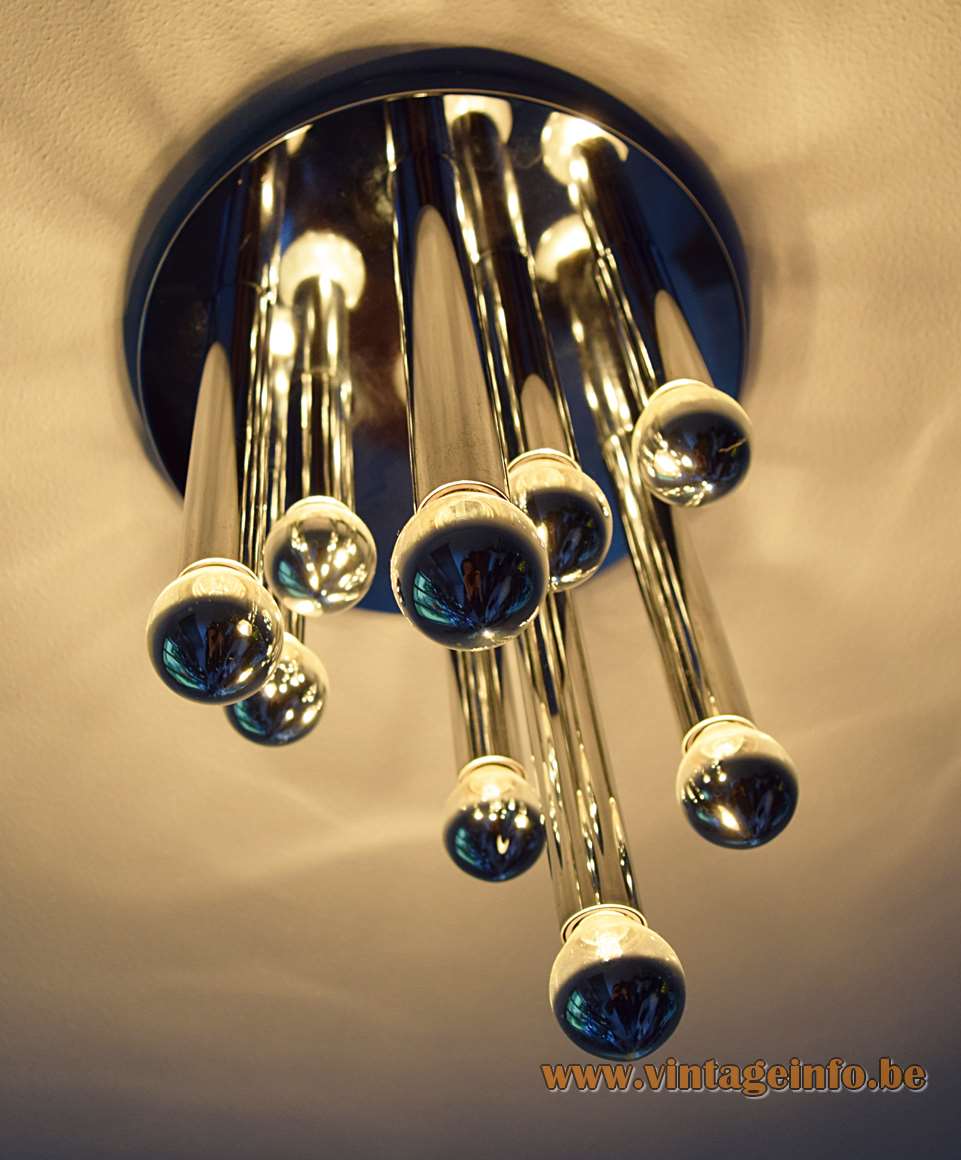 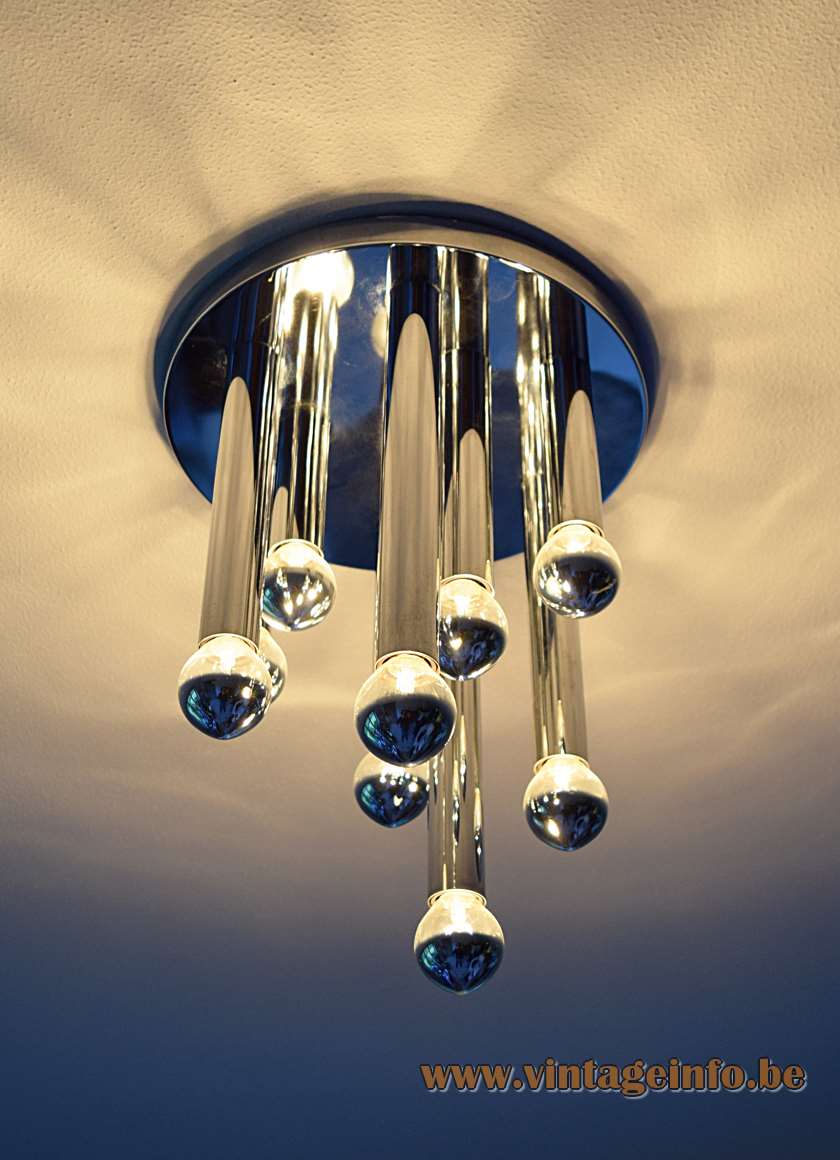 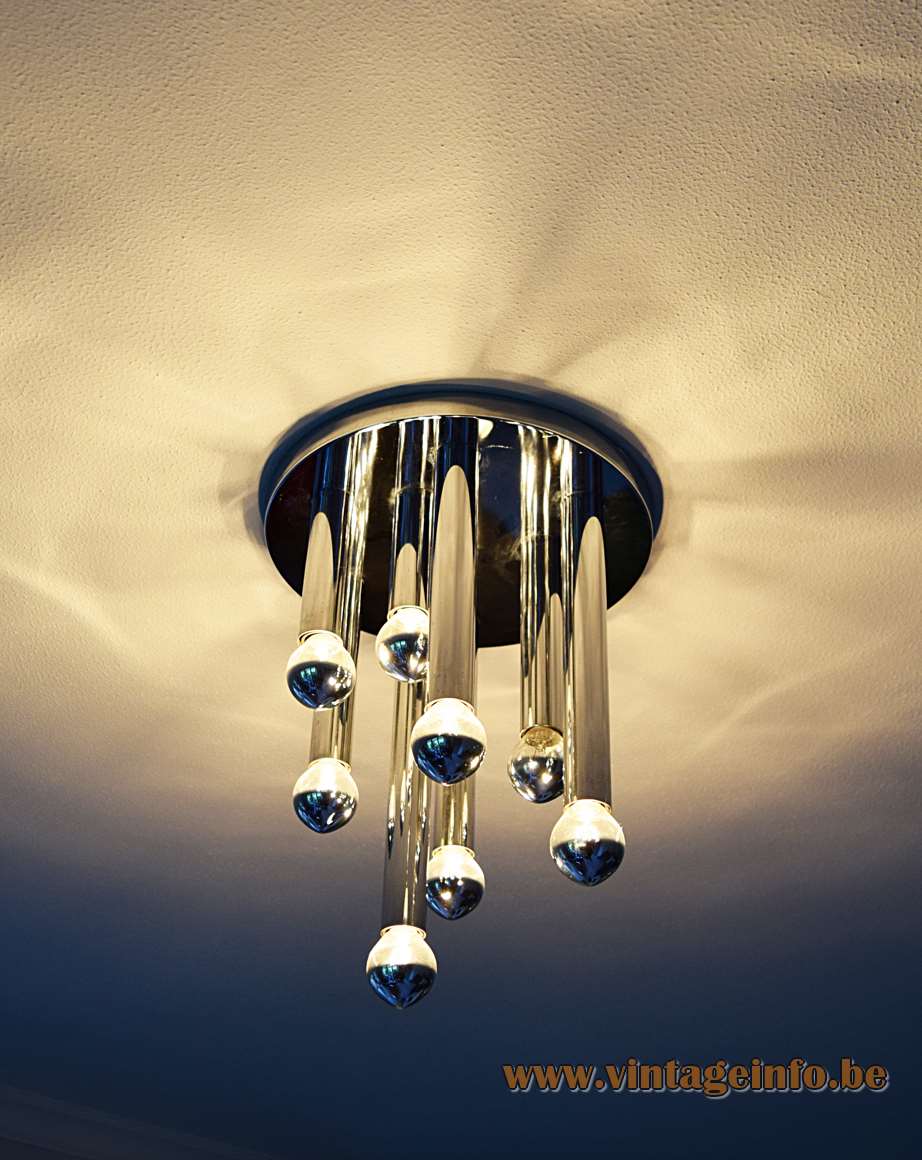 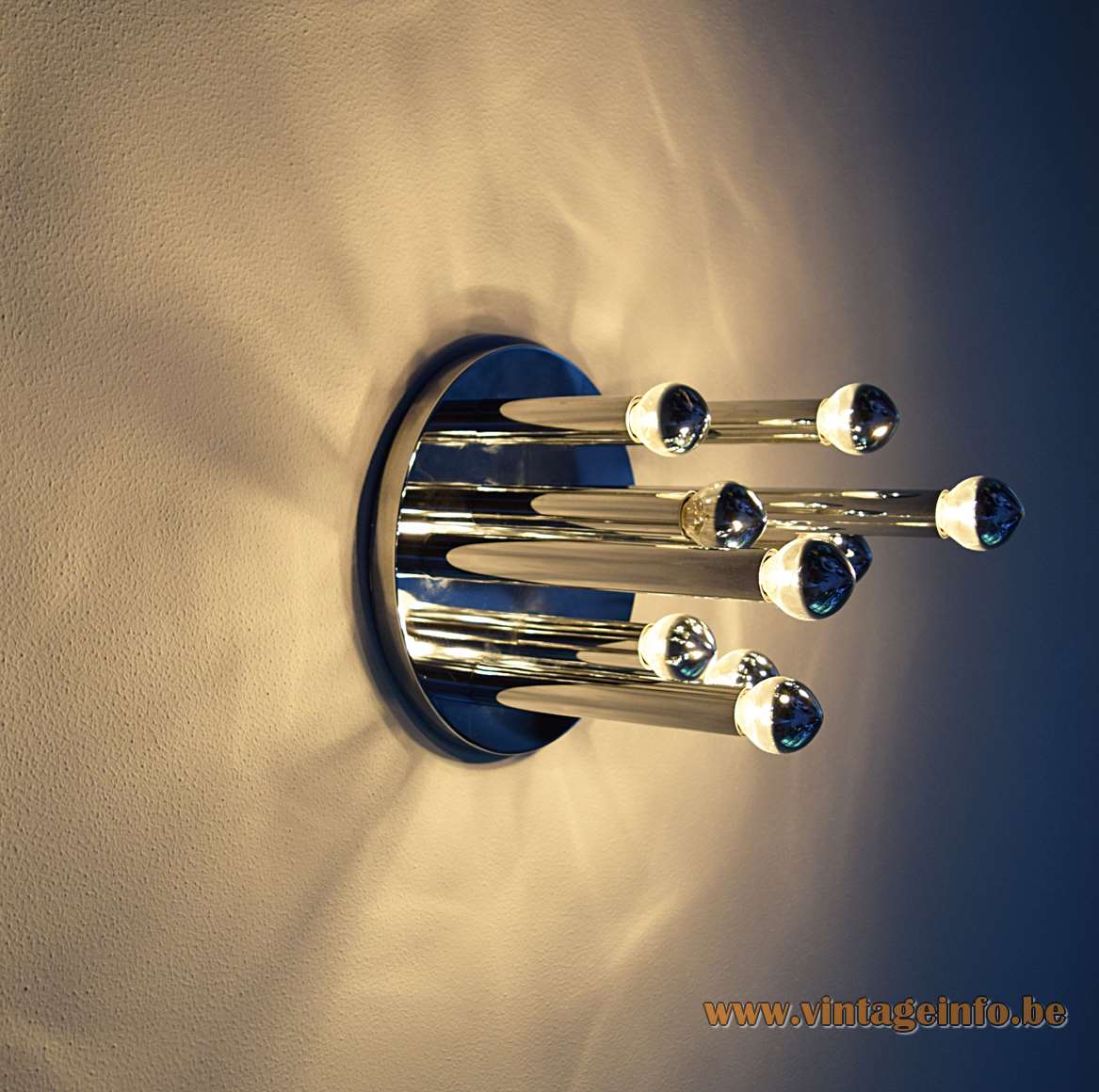 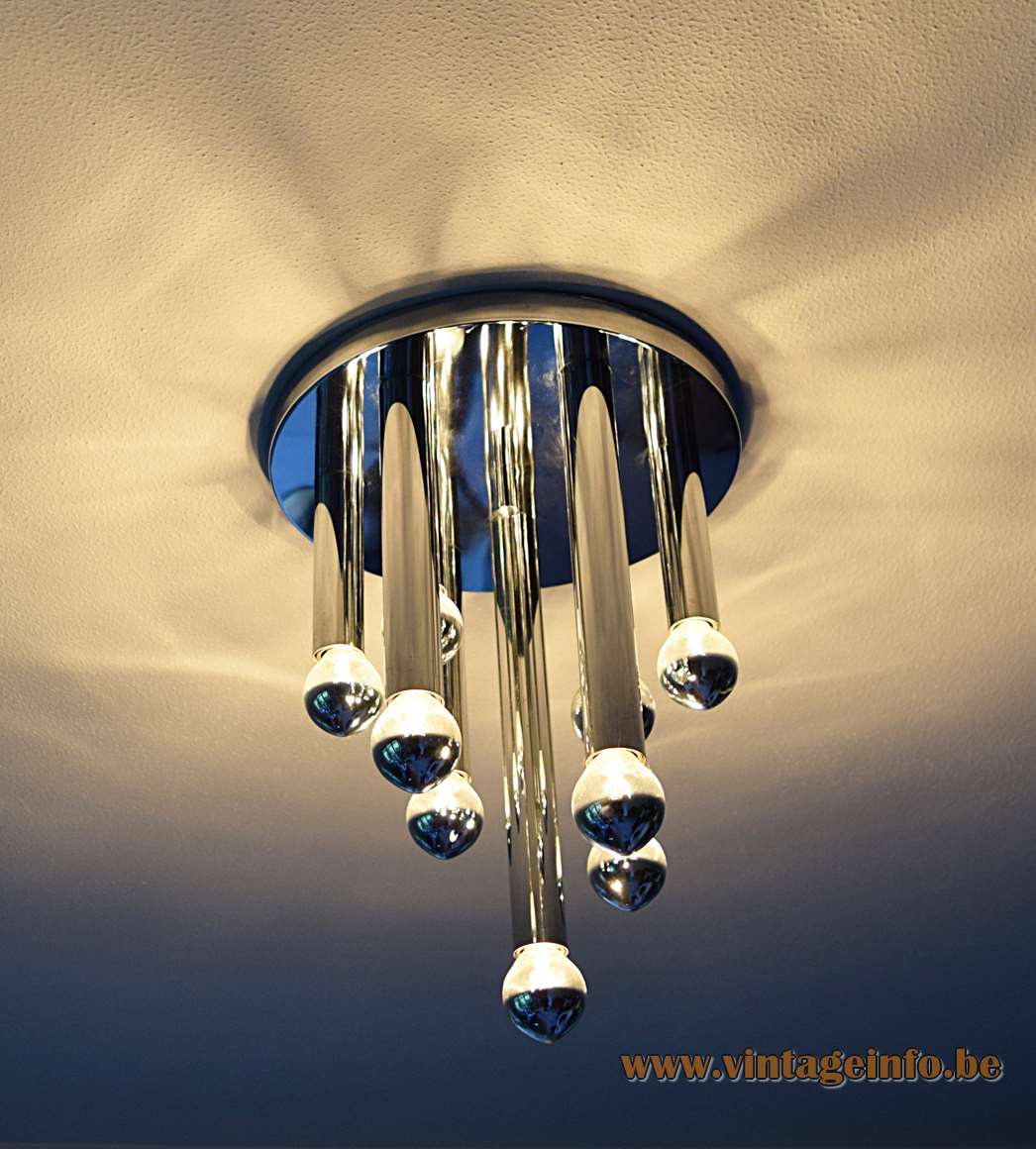 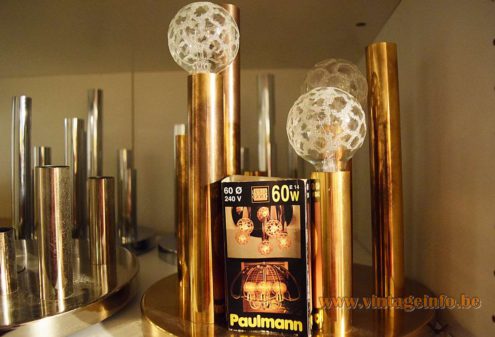 Electricity: 9 bulbs E14, 9 x 40 watt maximum, 110/220 volt.
Any type of light bulb can be used, not a specific one preferred.
For this setup  silver cup/crown/bowl light bulbs were used.

Other versions: This Gaetano Sciolari Boulanger flush mount exists as a big floor lamp with 3 globe lamps. Also a flush mount with 3 and 6 lamps and made in brass with long and short tubes. In the late seventies, early eighties they were also produced in white. These lamps were also used as wall lamps and today even as a table lamp.

The original light bulbs were elongate. An example is over here. These bulbs are no longer in production. Nowadays, they sell LED versions.

Angelo Sciolari (1927-1994) graduated with a degree in architecture but wanted to be a filmmaker. This course came to an abrupt end when in 1949 his father suddenly died and he took over the Sciolari Lighting company at the age of 22.

Gaetano Sciolari created lamps or Stilnovo and Stilkronen (Italy), Lightolier and Progress Lighting (USA), S.A. Boulanger (Belgium). Helestra and Leola (Germany), Lyfa (Denmark) and of course for his own Italian family business; the Sciolari company in Rome and Milan, where all the lighting business in Italy at that time was present. Many of his designs were produced under licence by those companies.

All the electric parts were made by VLM Components in the 60’s. The company was founded in 1945 in Buccinasco, a small village near Milan, Italy. The company became famous for the switches they produce since 1968, designed by Achille Castiglioni.
VLM is part of the Relco Group, founded in 1967. Today they are the owners of the brands Relco, Leuci, Relco Lighting, VLM and Segno. 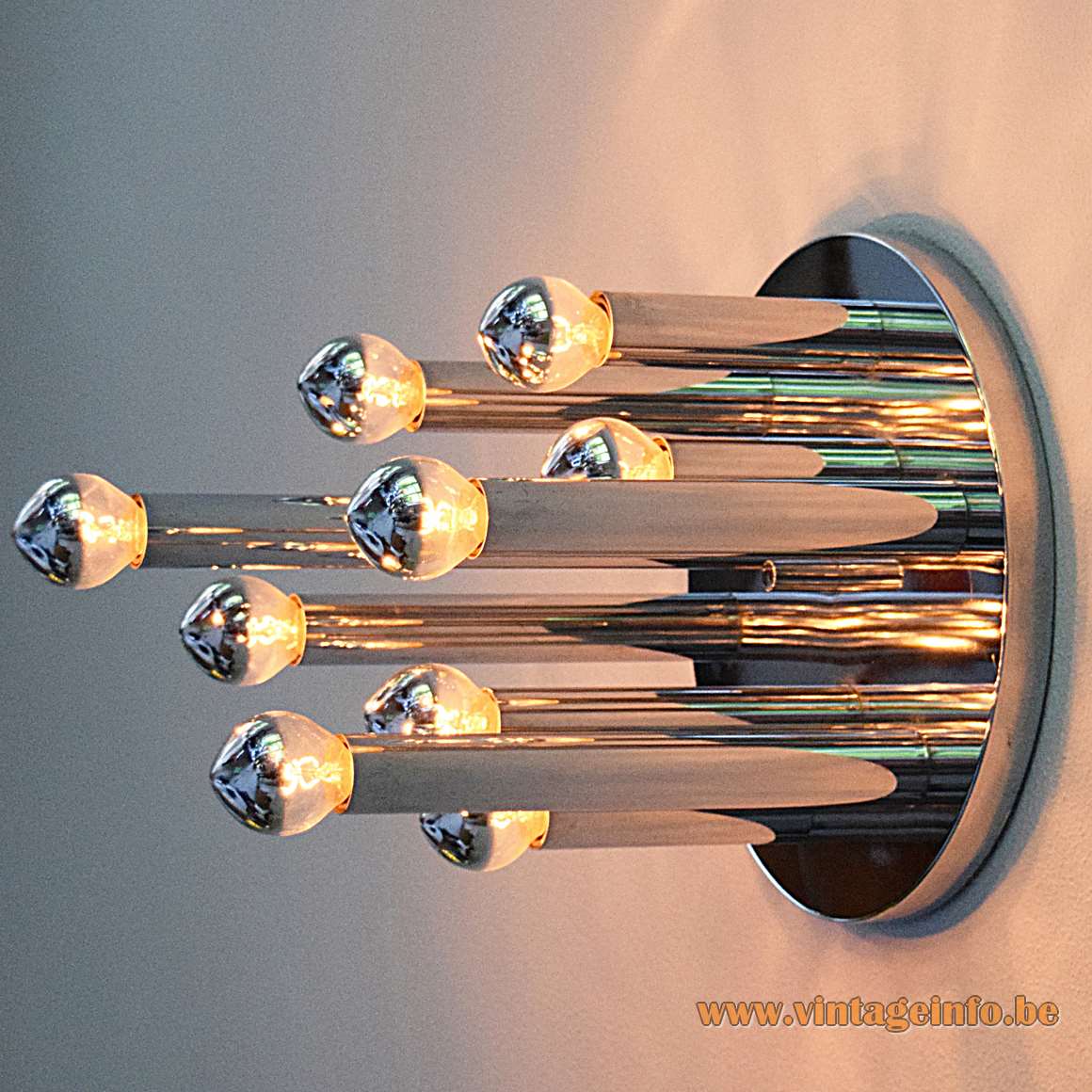