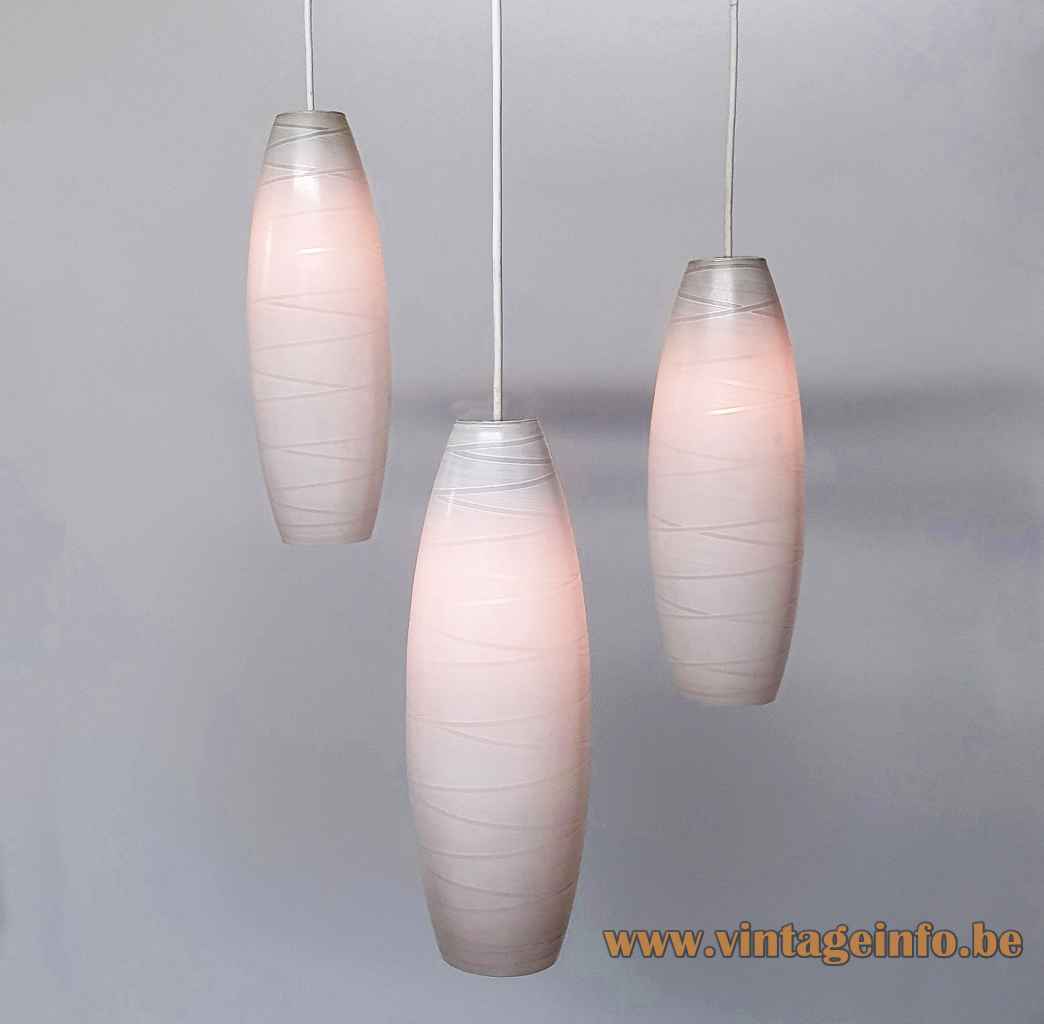 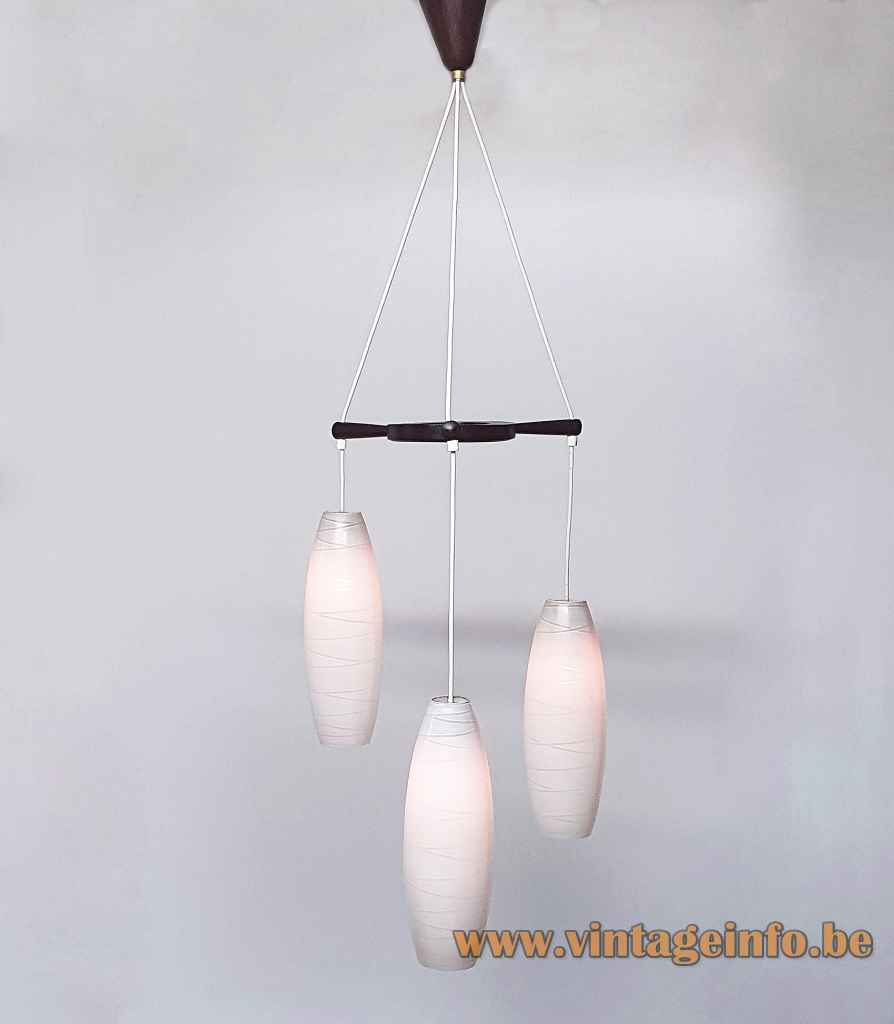 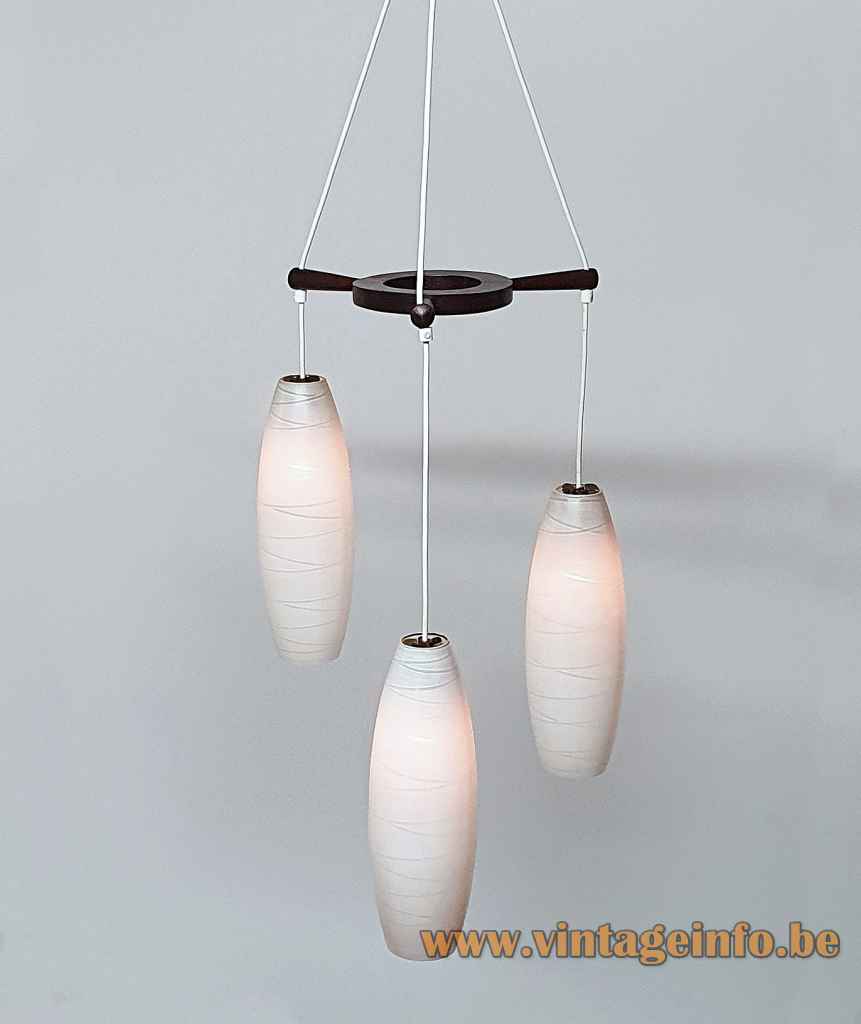 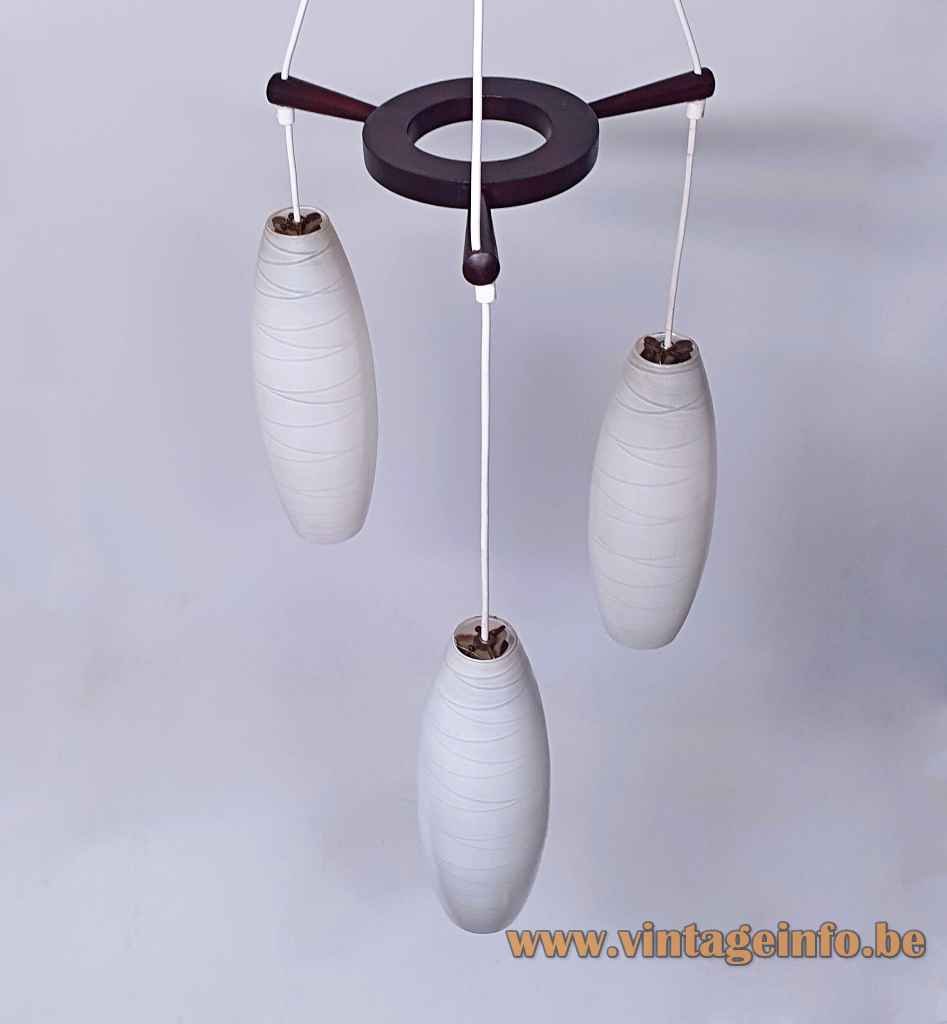 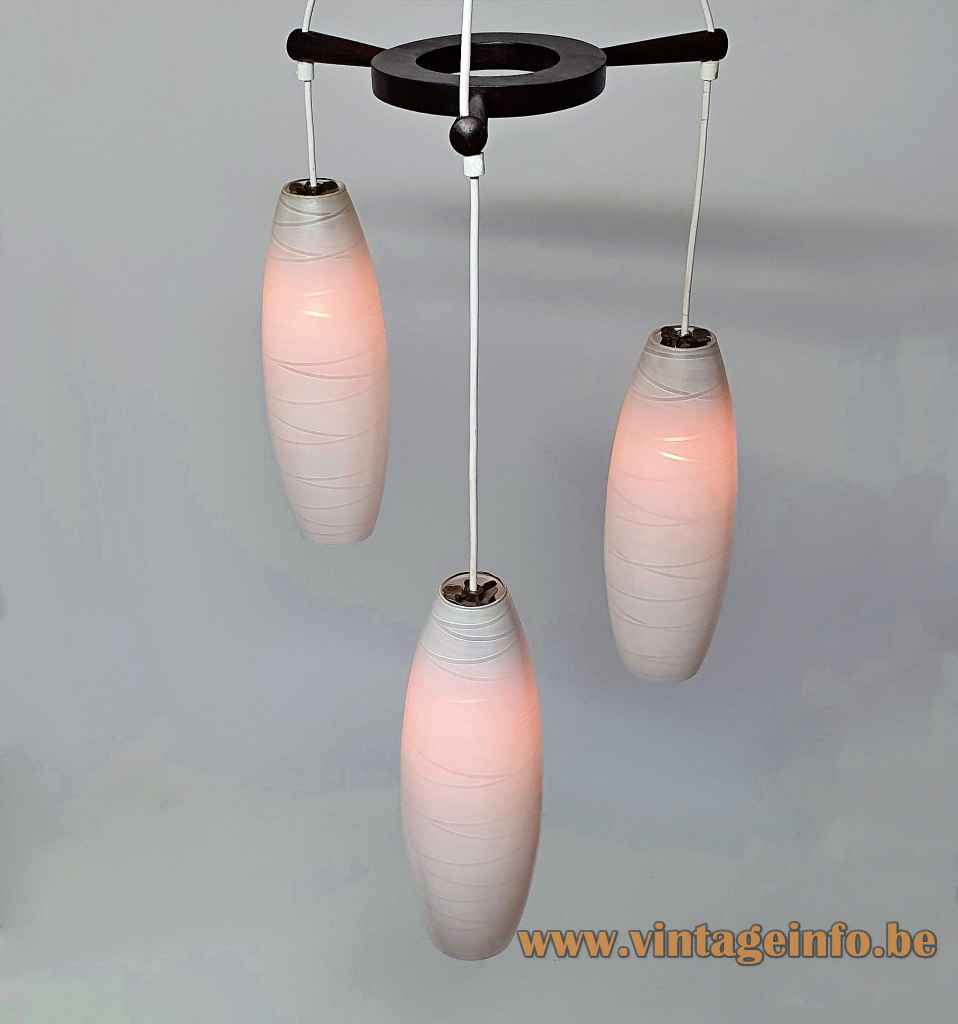 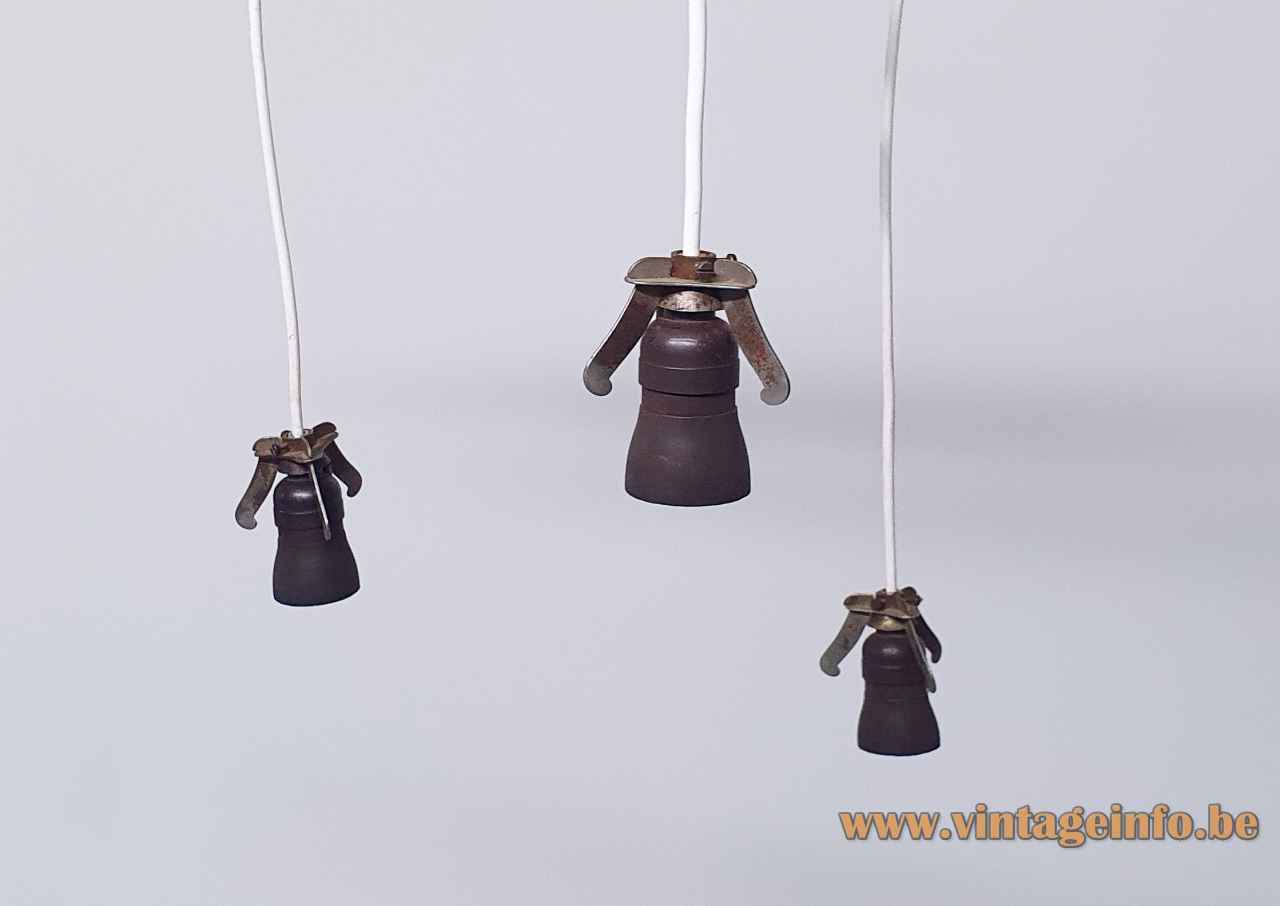 Electricity: 3 bulbs E14, 3 x 60 watt maximum, 110/220 volt.
Any type of light bulb can be used. But a white, opaque or frosted one is preferred; it gives the best result with opal glass.

Other version: This 1960s Massive cascade chandelier exists in several variations and colours. Also made as a single pendant lamp.