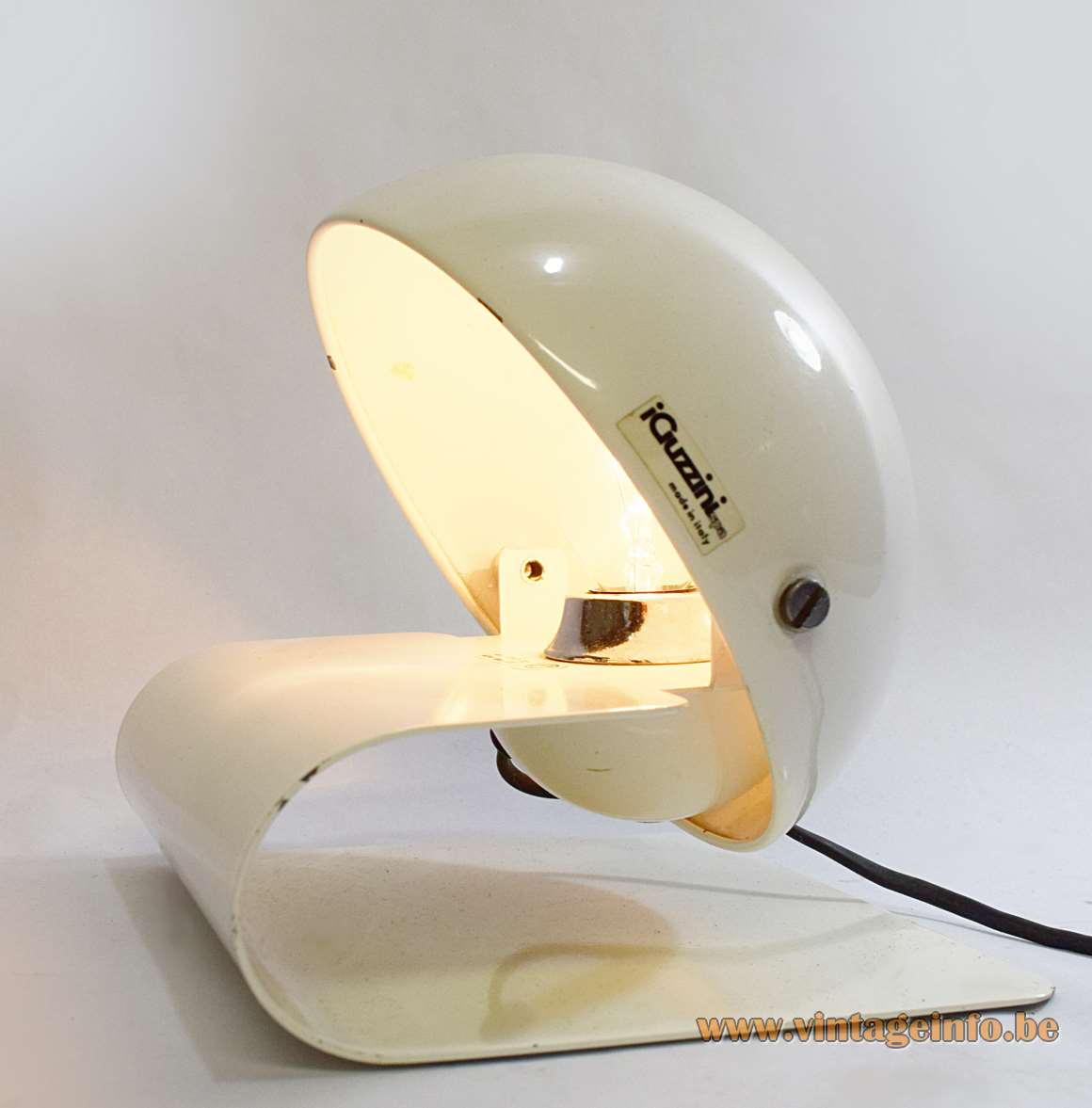 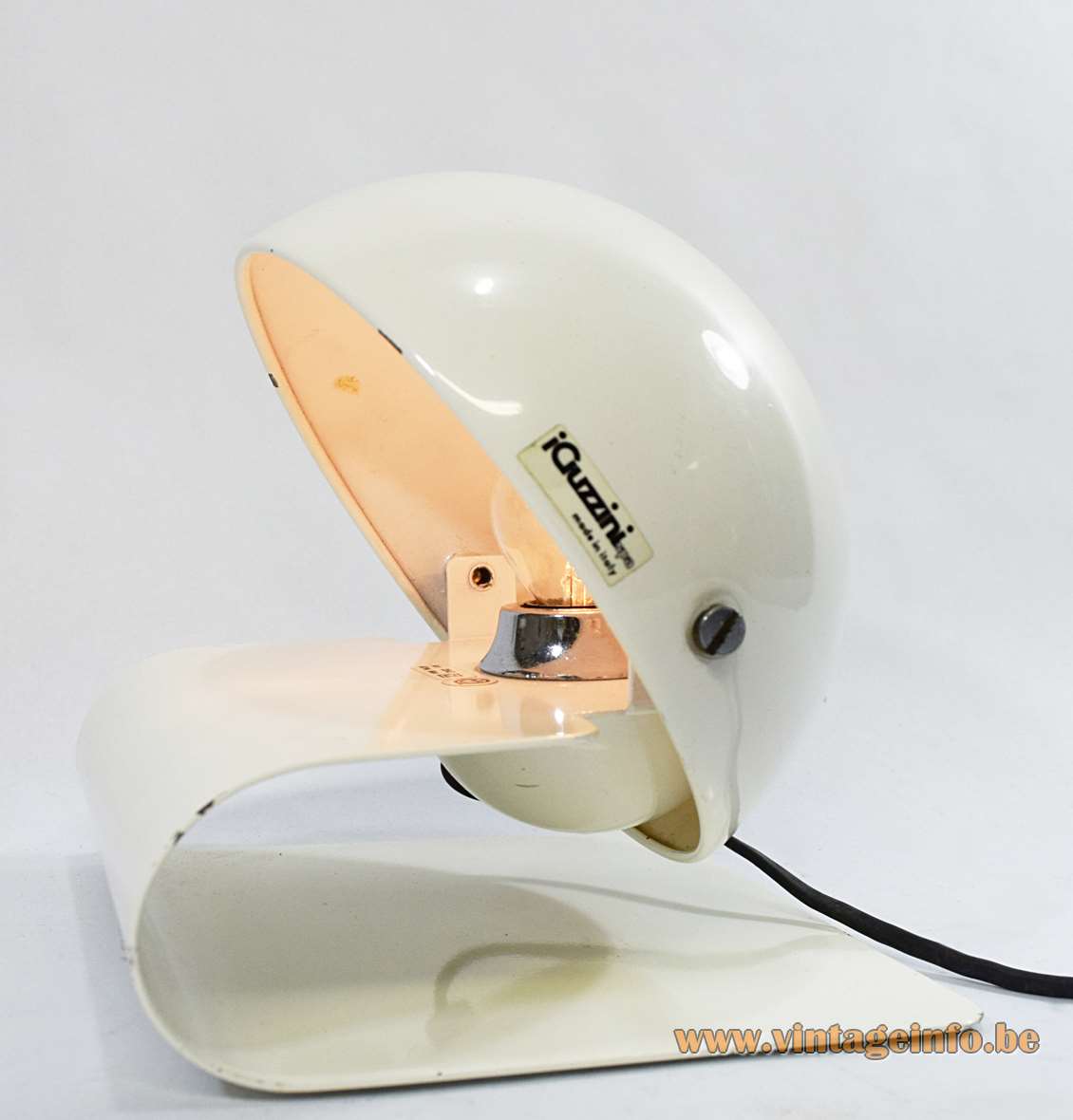 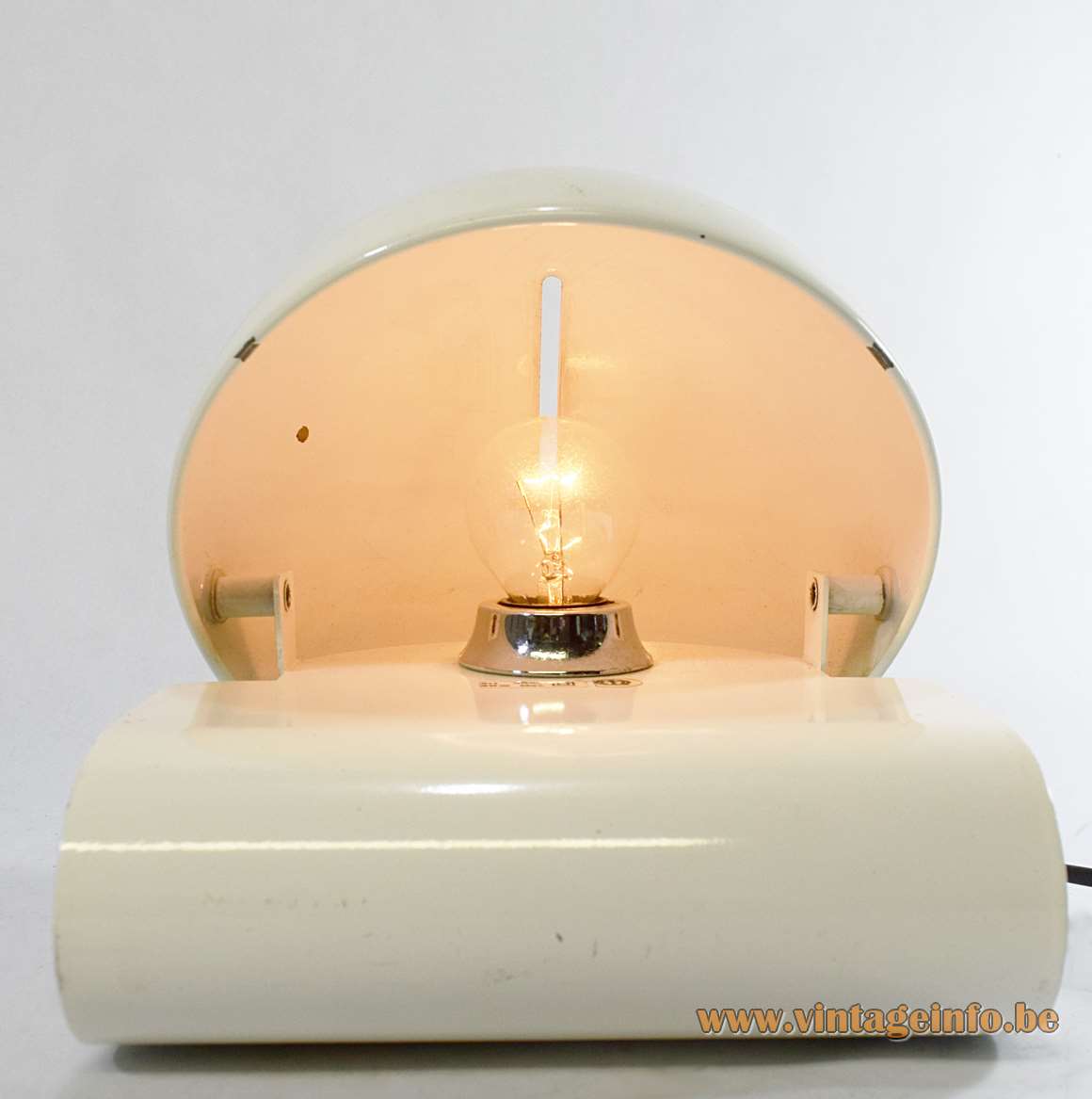 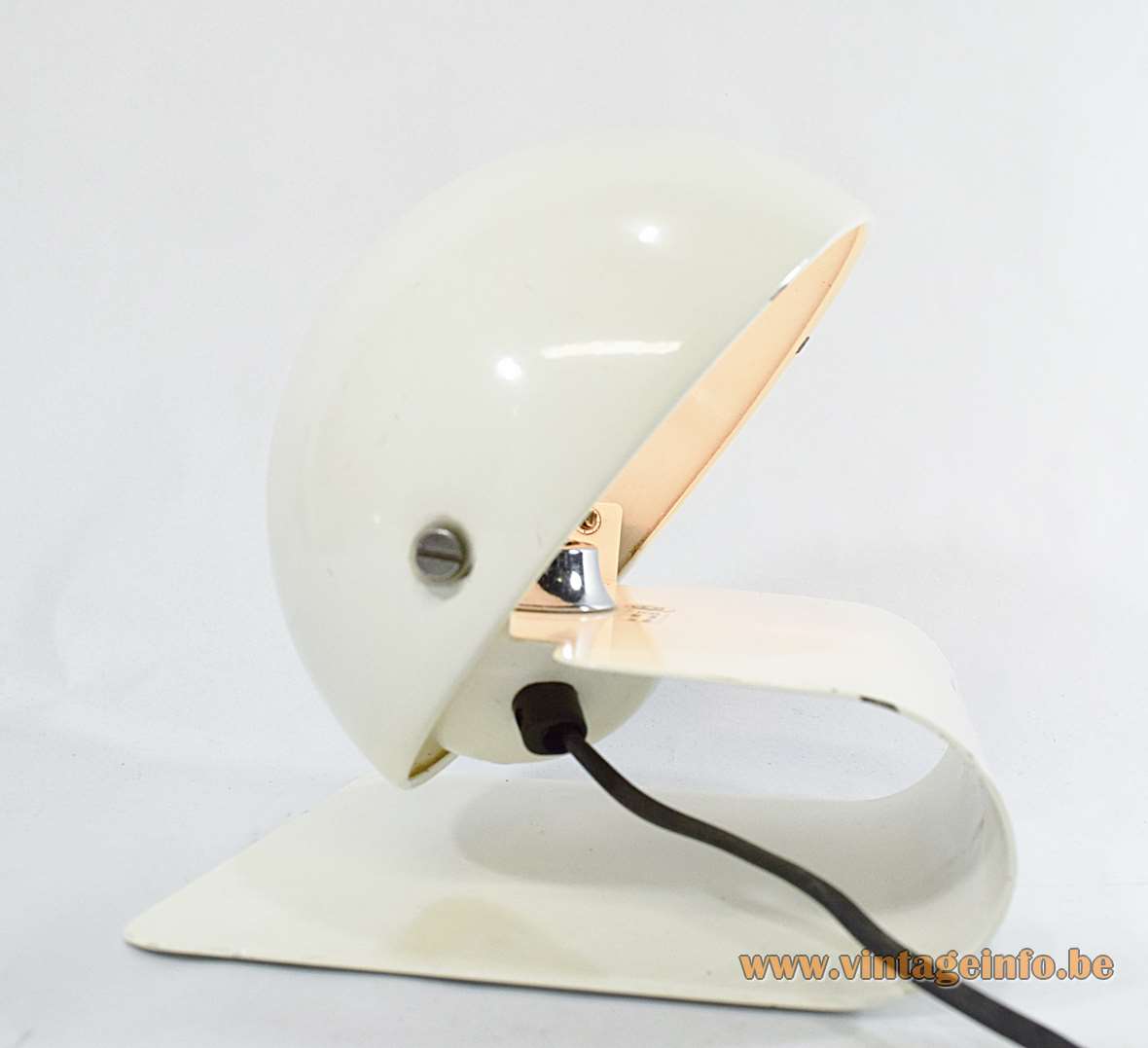 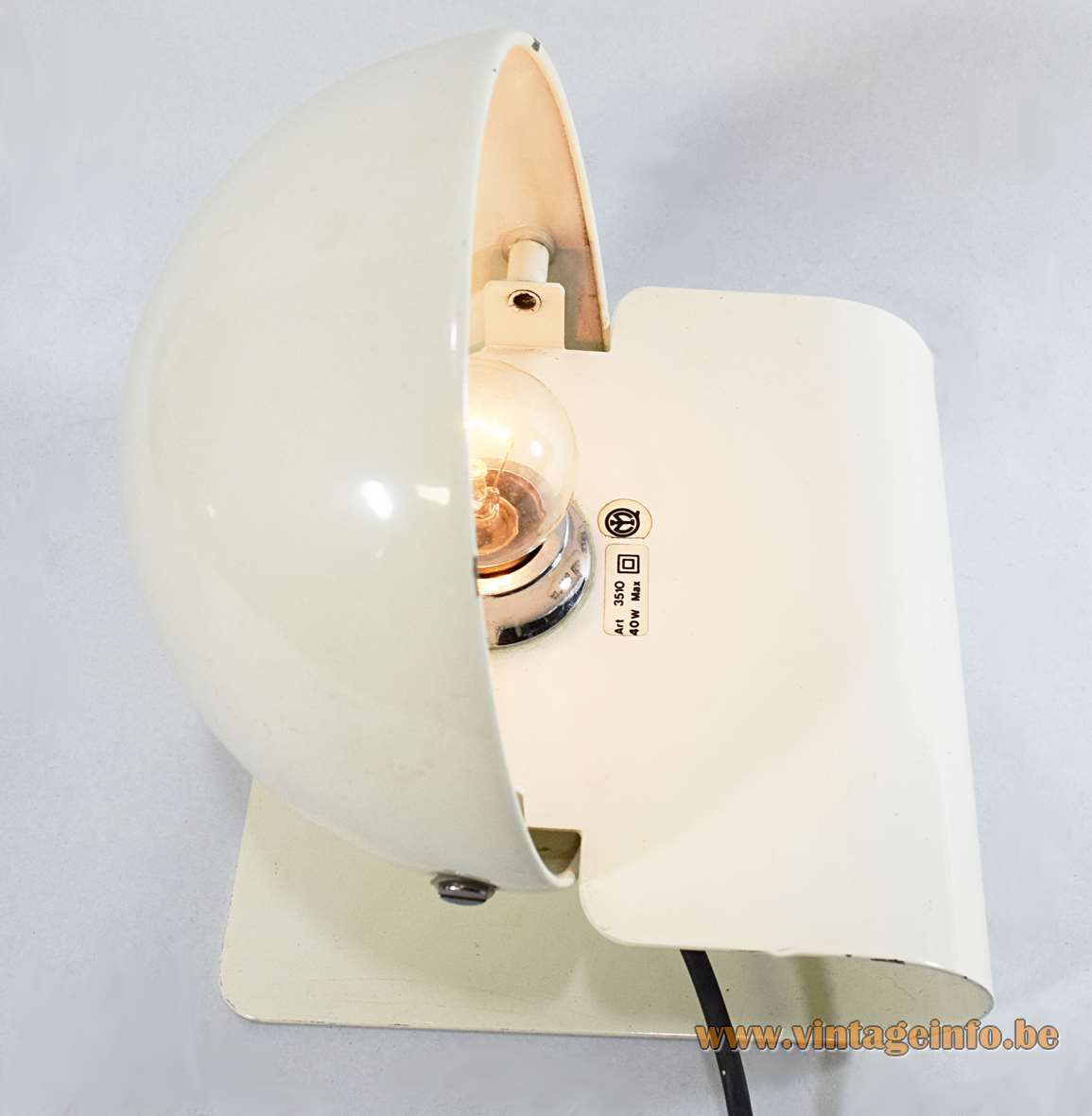 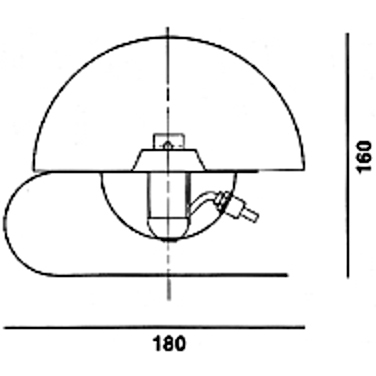 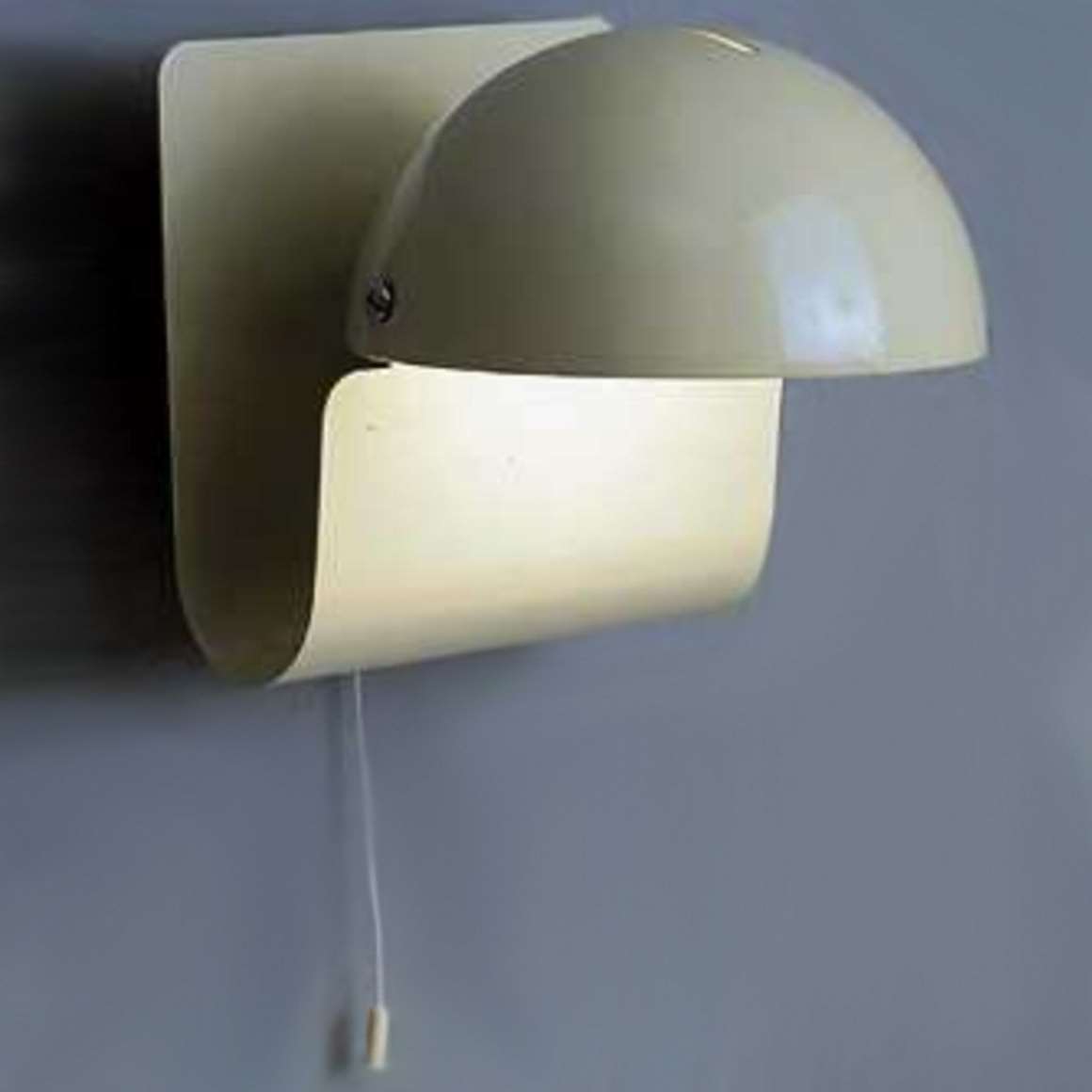 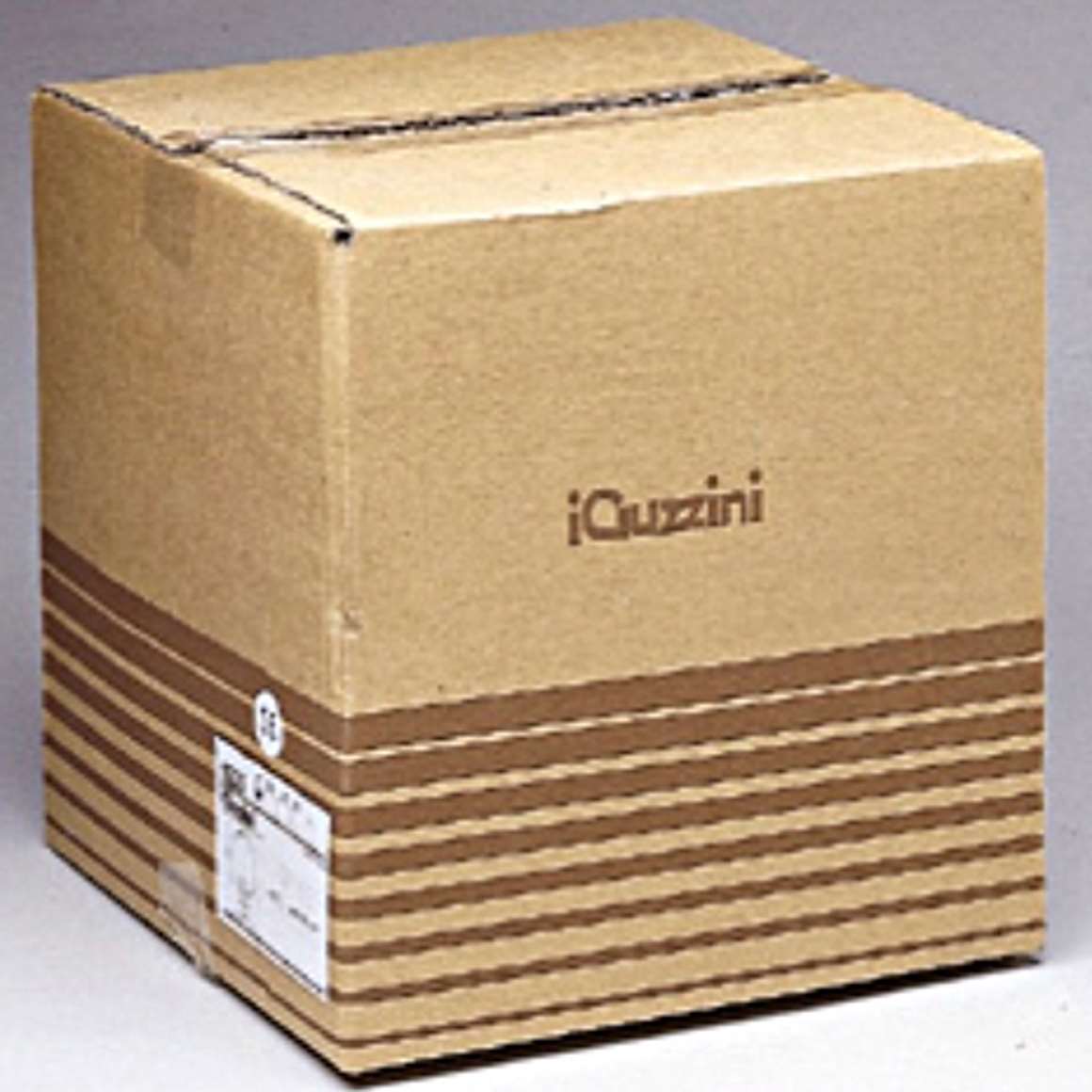 Other versions: The iGuzzini Bugia table or wall lamp exists in various colours.

Giuseppe Cormio was born in 1944 in Malnate in the province of Varese, some 65 km (+-40 miles) from Milan in Italy. He graduated as an architect from the Polytechnic University of Milan in 1969.

As a student he worked in the studio of urban designer Ambrogio Brusa. After his graduation he began his professional career. Devoting himself primarily to the issue of residence, both for new construction and renovation, including addressing the design of furniture. Another branch of its activities, although secondary, is the arrangement and furnishing of offices.

In 1985 he published “La casa senza barriere“, the house without barriers. A survey carried out by other employees in Finland and Norway on the subject of disability. As a designer from the seventies decade, he designed objects and lamps, offered directly to companies.

Giuseppe Cormio designed the Bugia table or wall lamp for the Milan Fair of 1975. It was taken into production a year later.

iGuzzini illuminazione was established in June 1958 by Raimondo Guzzini (born 1928) under the name Harvey. Harvey is derived from the famous movie ‘Harvey’ with James Stuart and the invisible rabbit Harvey in the 1950s.
The initial production of enamelled copper objects was supplemented by decorative luminaires. The company still exists.

The iGuzzini Bugia table or wall lamp was used as a prop in the 2018 Netflix science fiction thriller film Extinction.