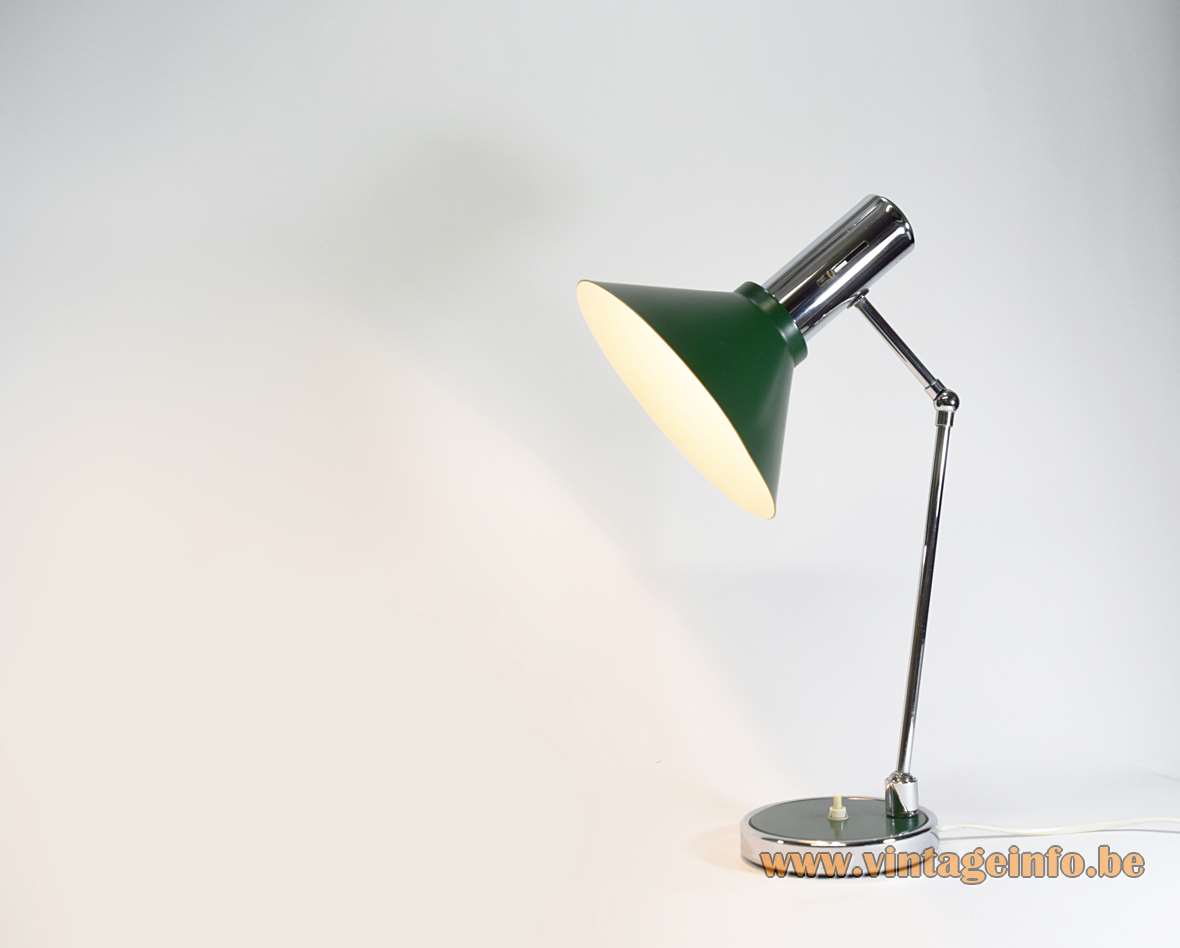 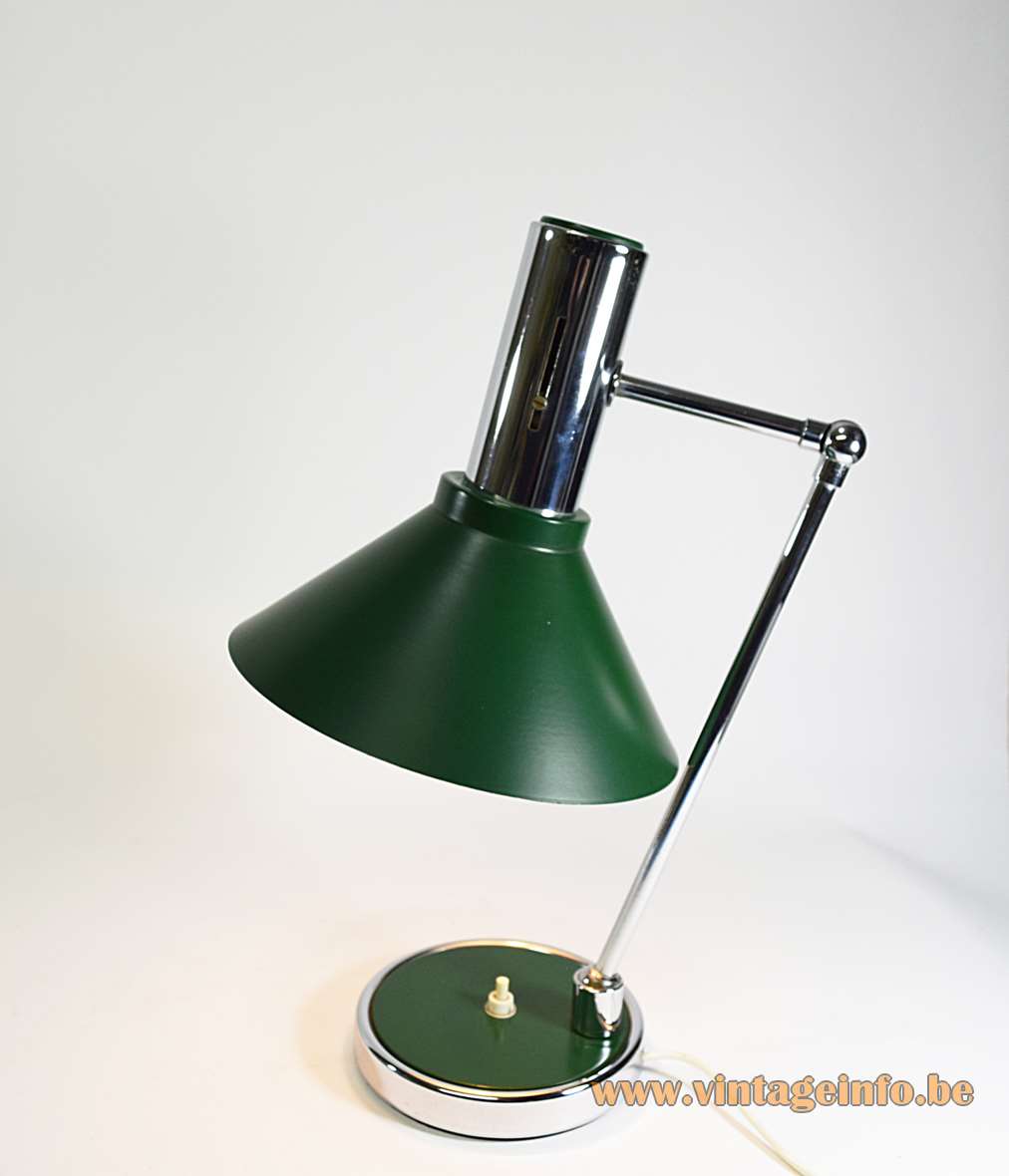 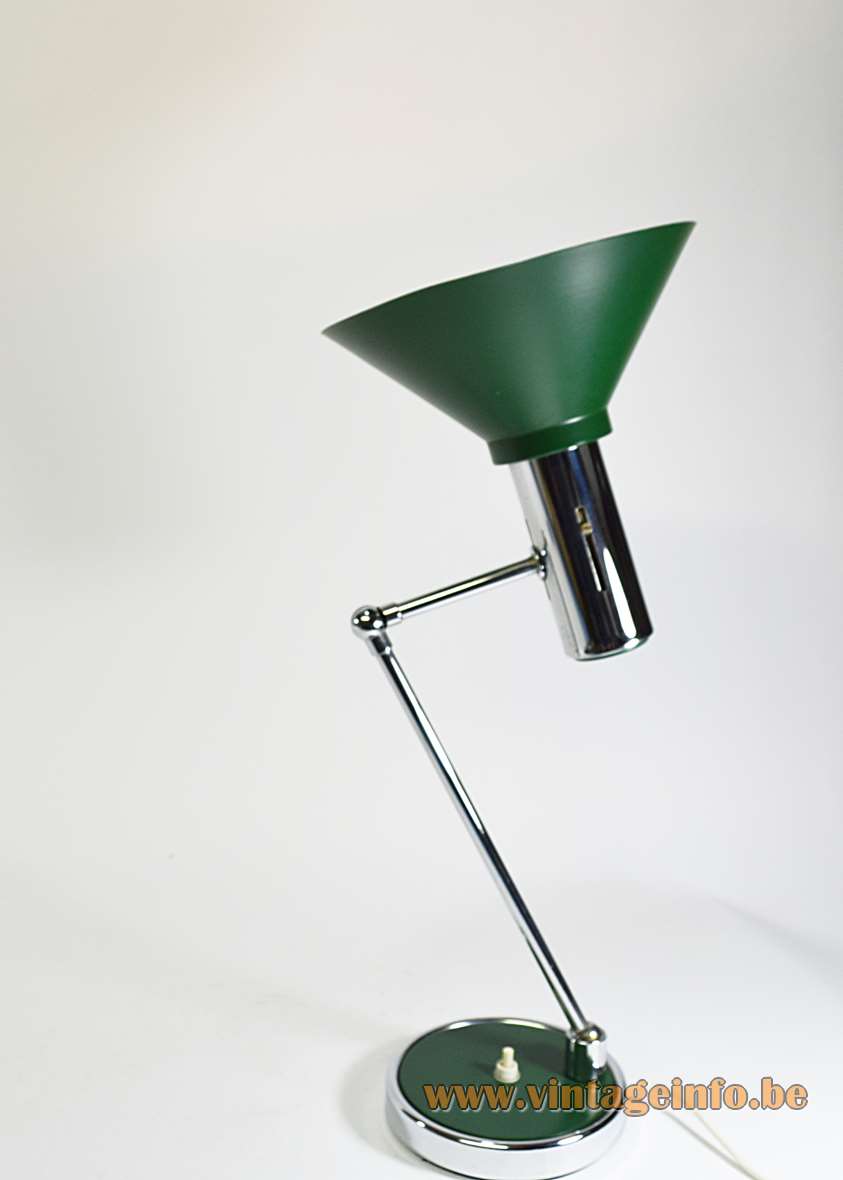 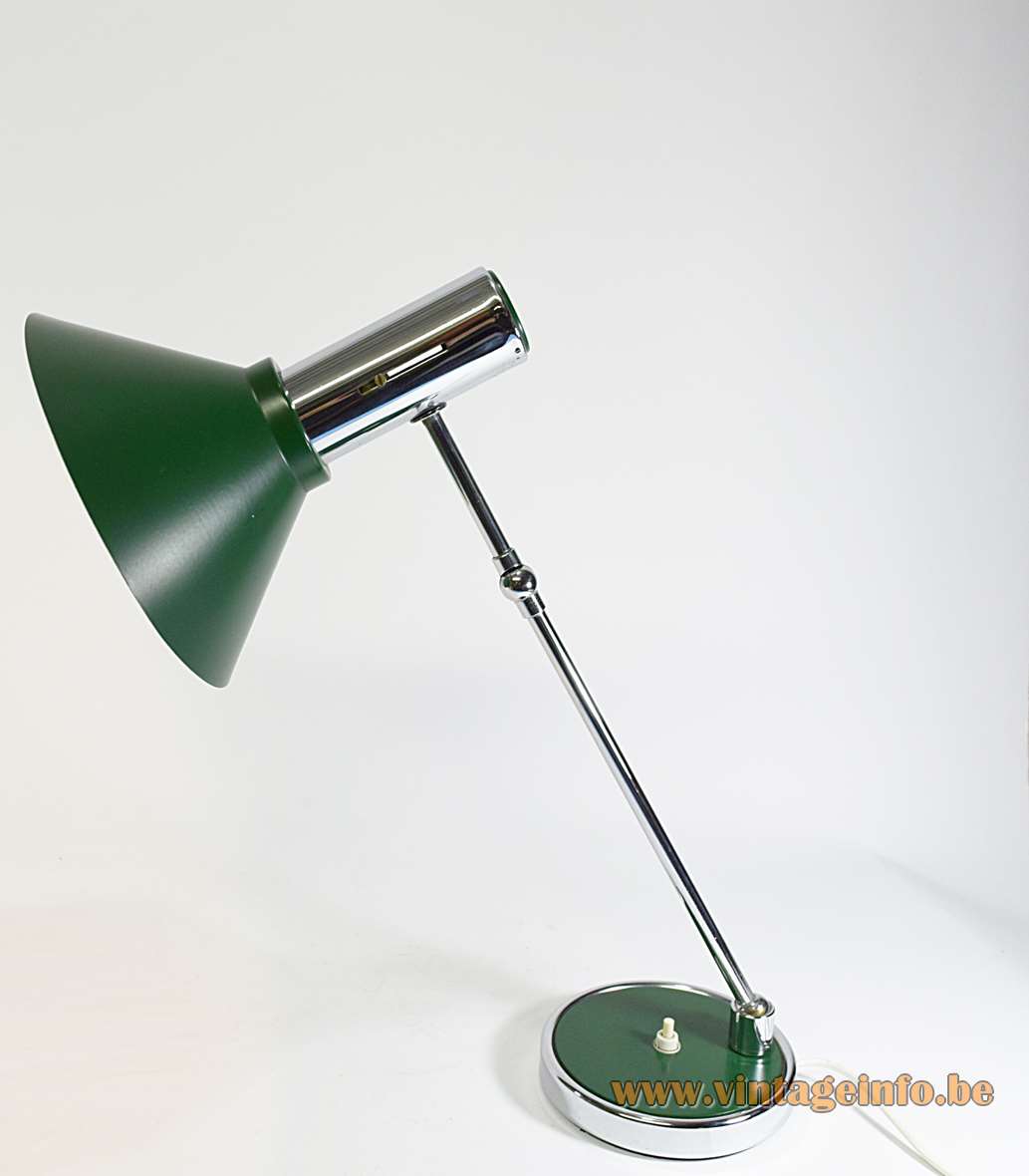 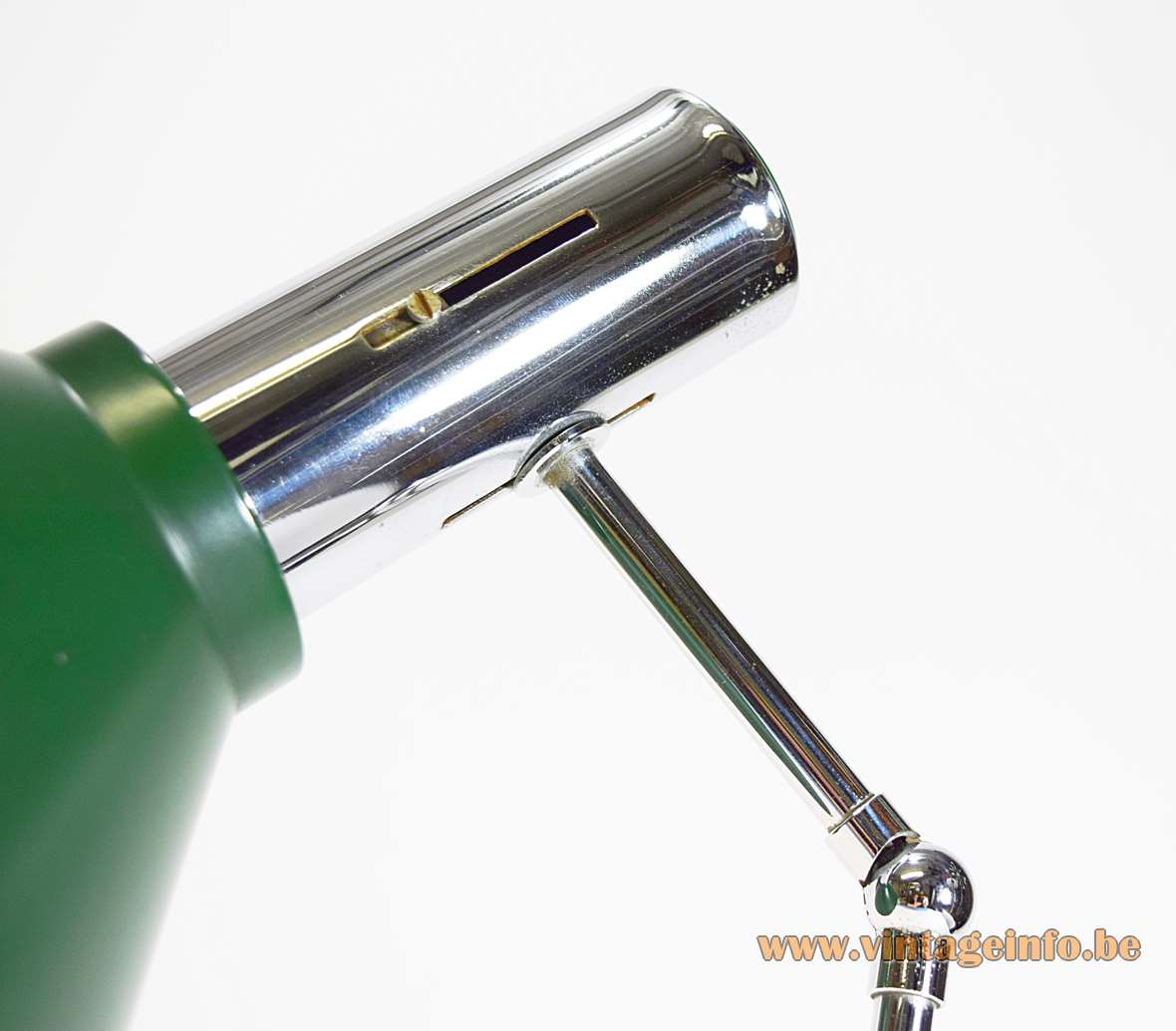 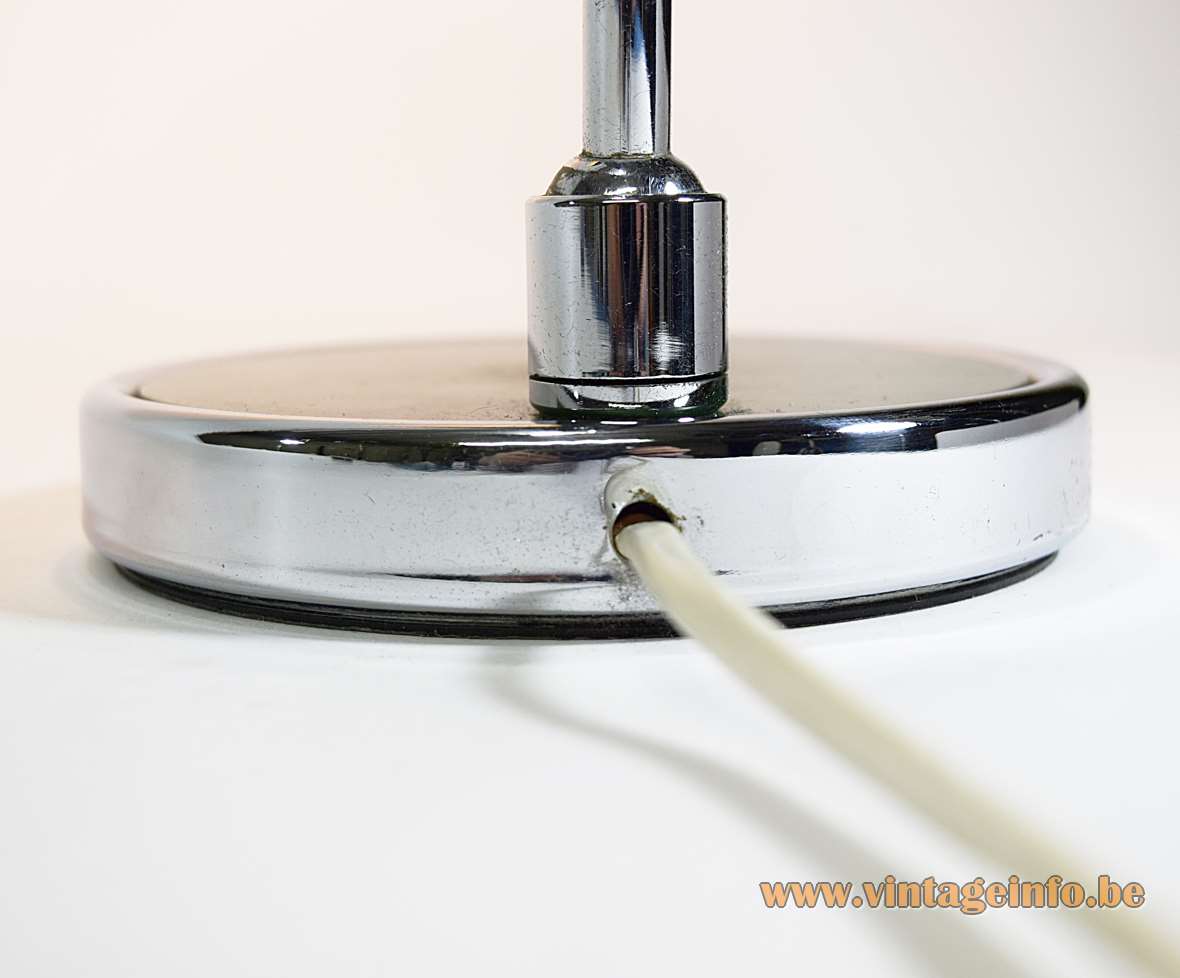 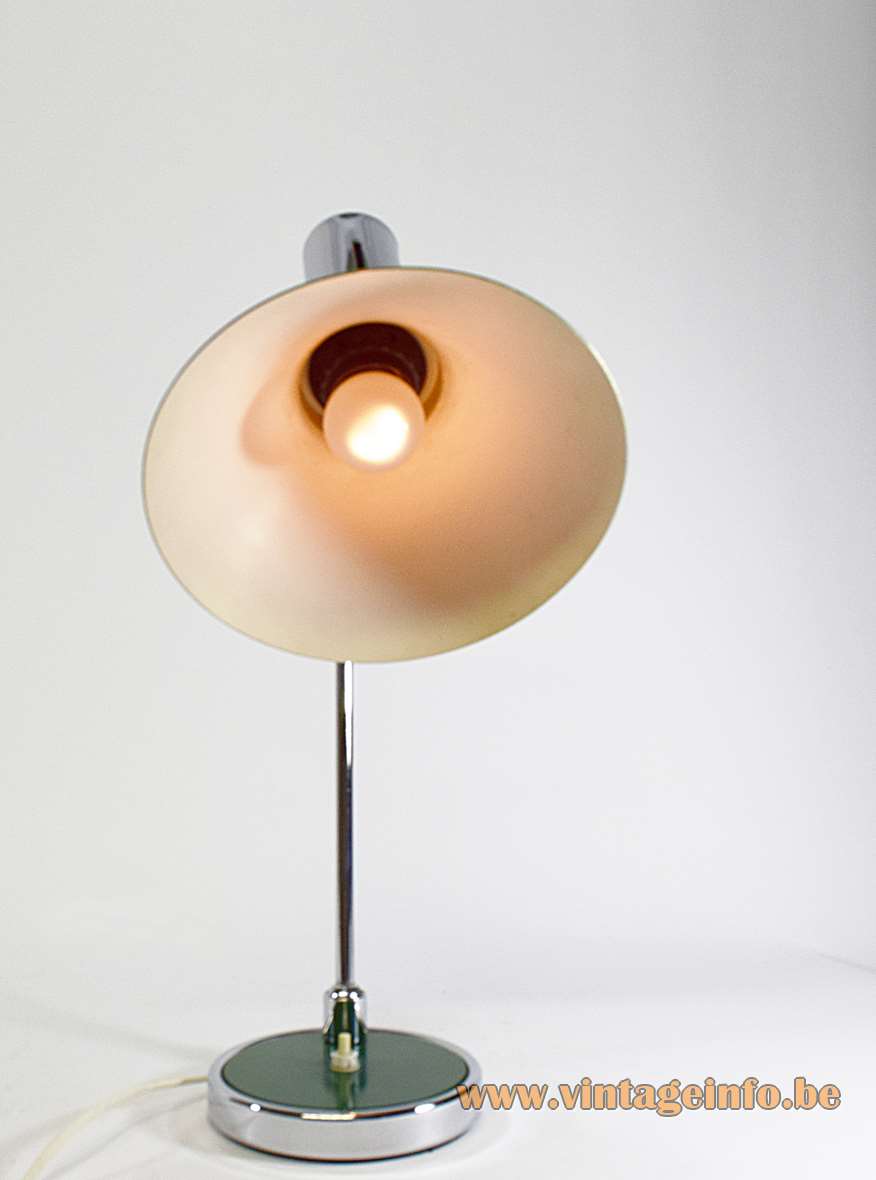 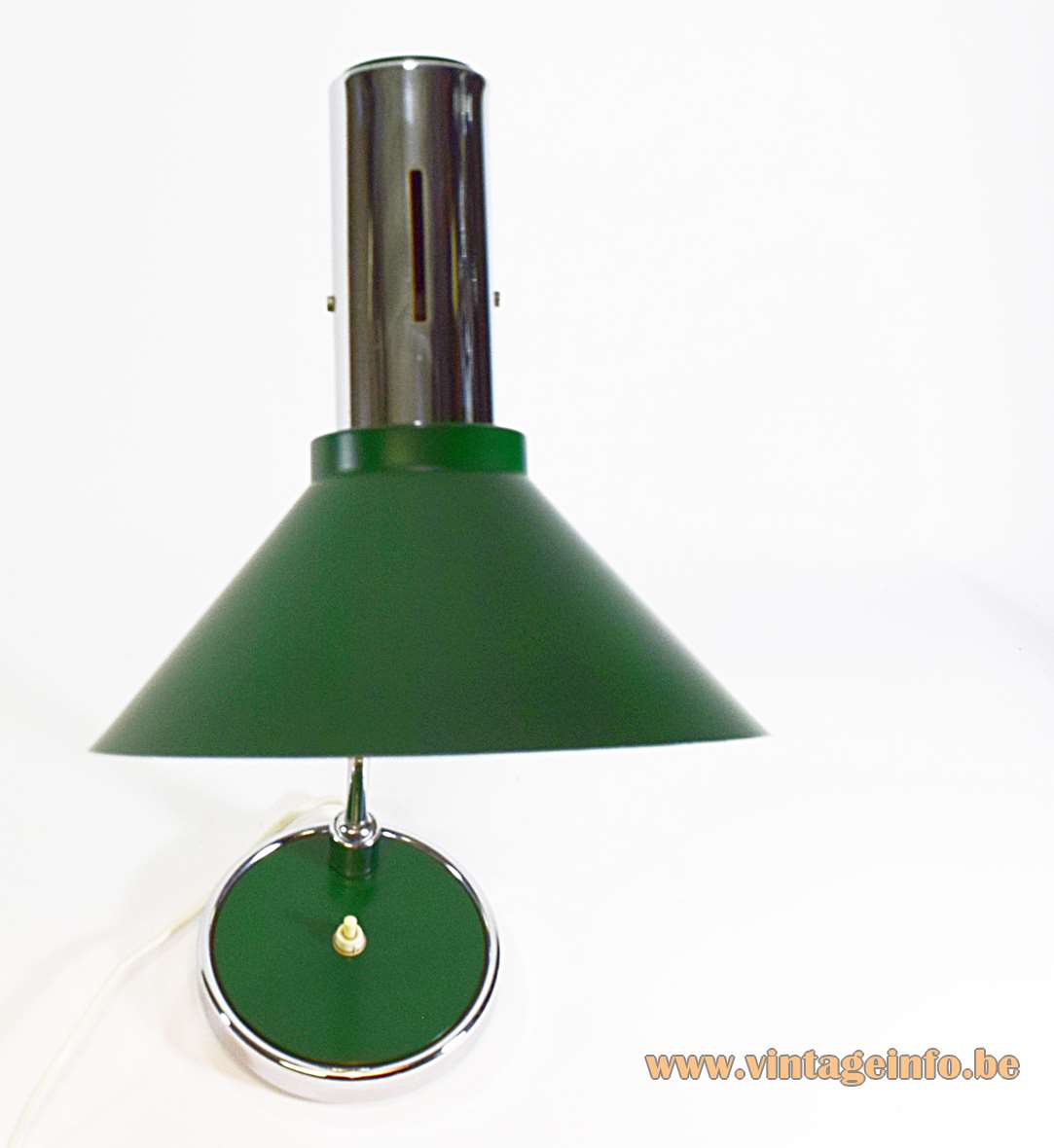 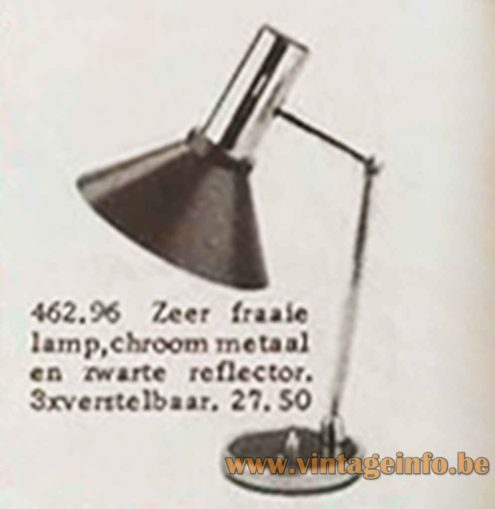 An Italian adjustable desk lamp was used as a prop in the French psychological thriller TV series Les Rivières Pourpres (The Crimson Rivers) from 2018. Starring Olivier Marchal and Erika Sainte.

In the early 2000s 2 films were made with the same name and characters. The lead role was then played by Jean Reno. This is a follow-up series.

This Italian adjustable desk lamp appears in series 1, episode 6. Many other lamps appear in this series.

Vintageinfo: other lamps by this company

White lamp with a similar base as the red one

Manufacturer: An Italian company from Florence that produced lamps for Massive. On the bottom of the lamp it says: Made in Italy.

Other versions: This Italian adjustable desk lamp exists in several colours and variations.

Sometimes said these are lamps made by Stilux, but these are false assumptions.

Adjustable in every direction, thick chroming and of a good quality. No other marks than “made in Italy” to be found, except for the electric parts, but they are also all Italian, of course. Also typical for these lamps is the adjustable socket, to change the direction of the light.

Another desk lamp here on Vintageinfo has the same “made in Italy” moulded in the black plastic bottom but also “Florence”, written up side down.

In Europe these lamps were sold by Massive from Belgium, in the United Kingdom by BHS, in Germany by Neckermann. Most probably it was a Massive factory. They had some factories in Italy and East Germany.

Prova was a house label for British Home Stores (BHS). Not only lamps exist with this label, also clothing. There is no label present on this one.

In all probability these lamps were produced by an anonymous Italian mass producing company, maybe owned by Massive from Belgium. The company was located in Florence, Italy. Sometimes you find them labelled with “Made in Florence, Italy” or “Made in Italy”. 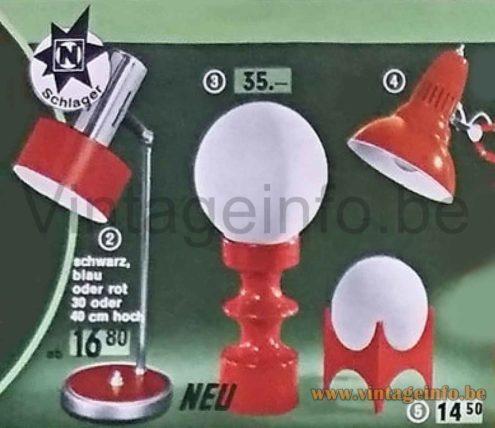 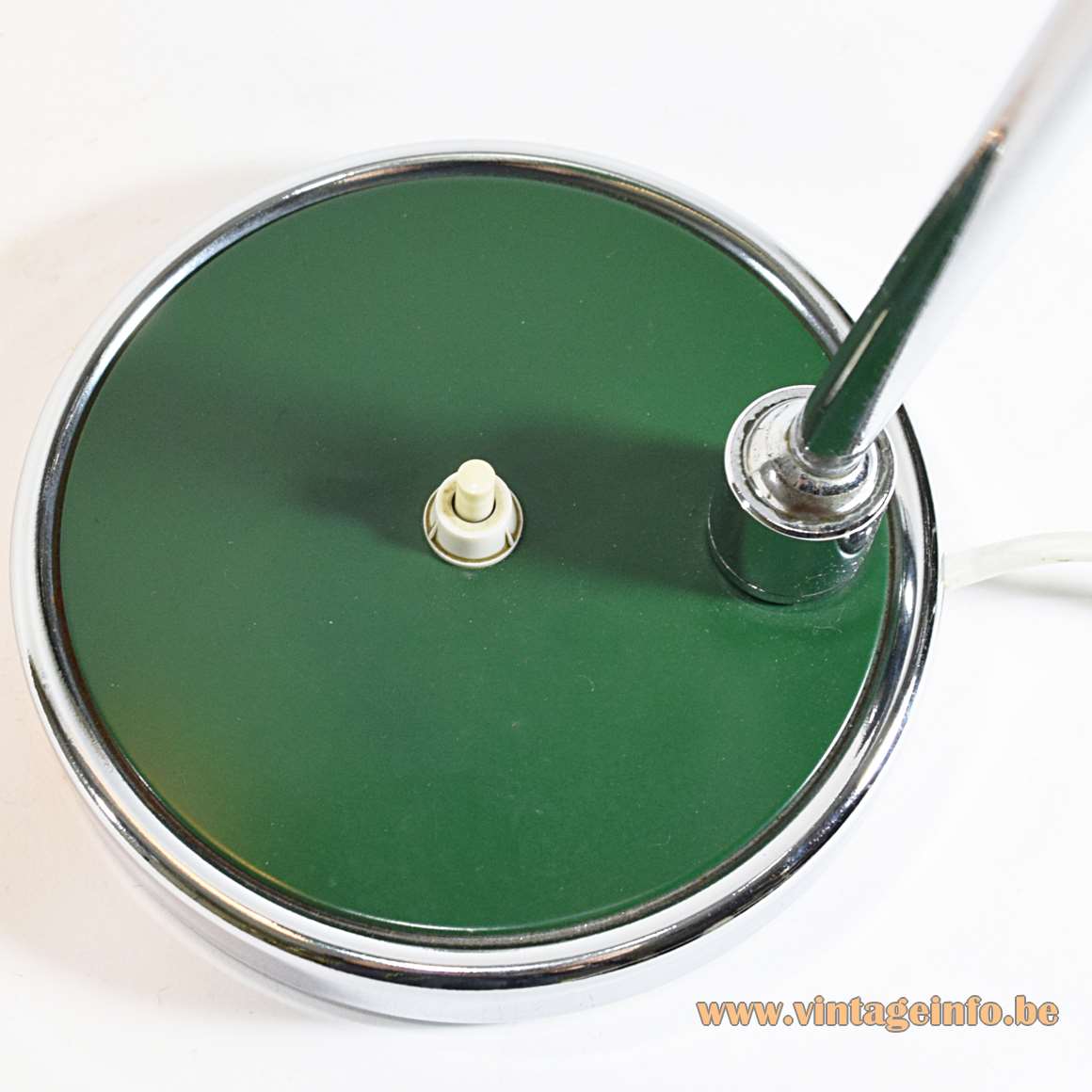 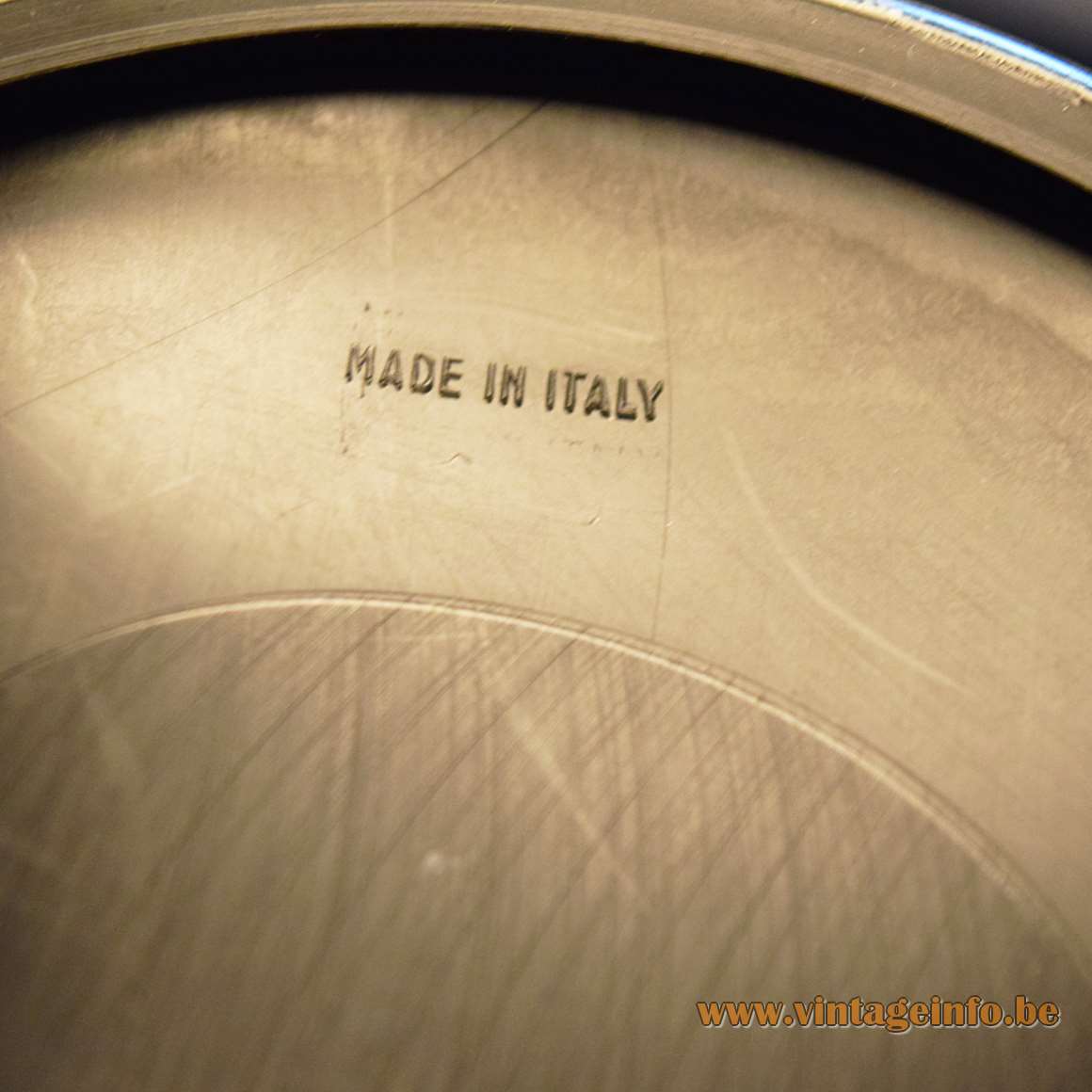 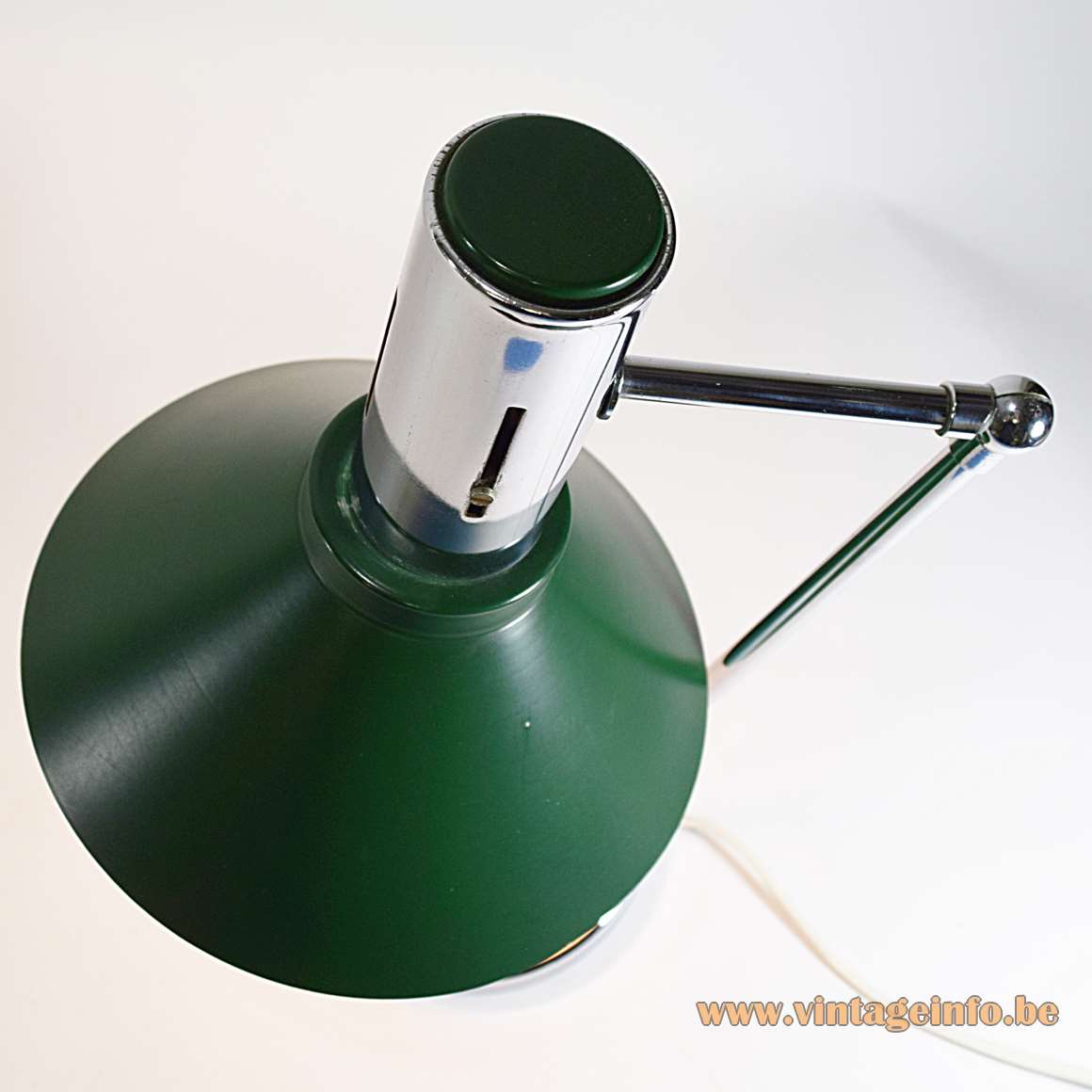 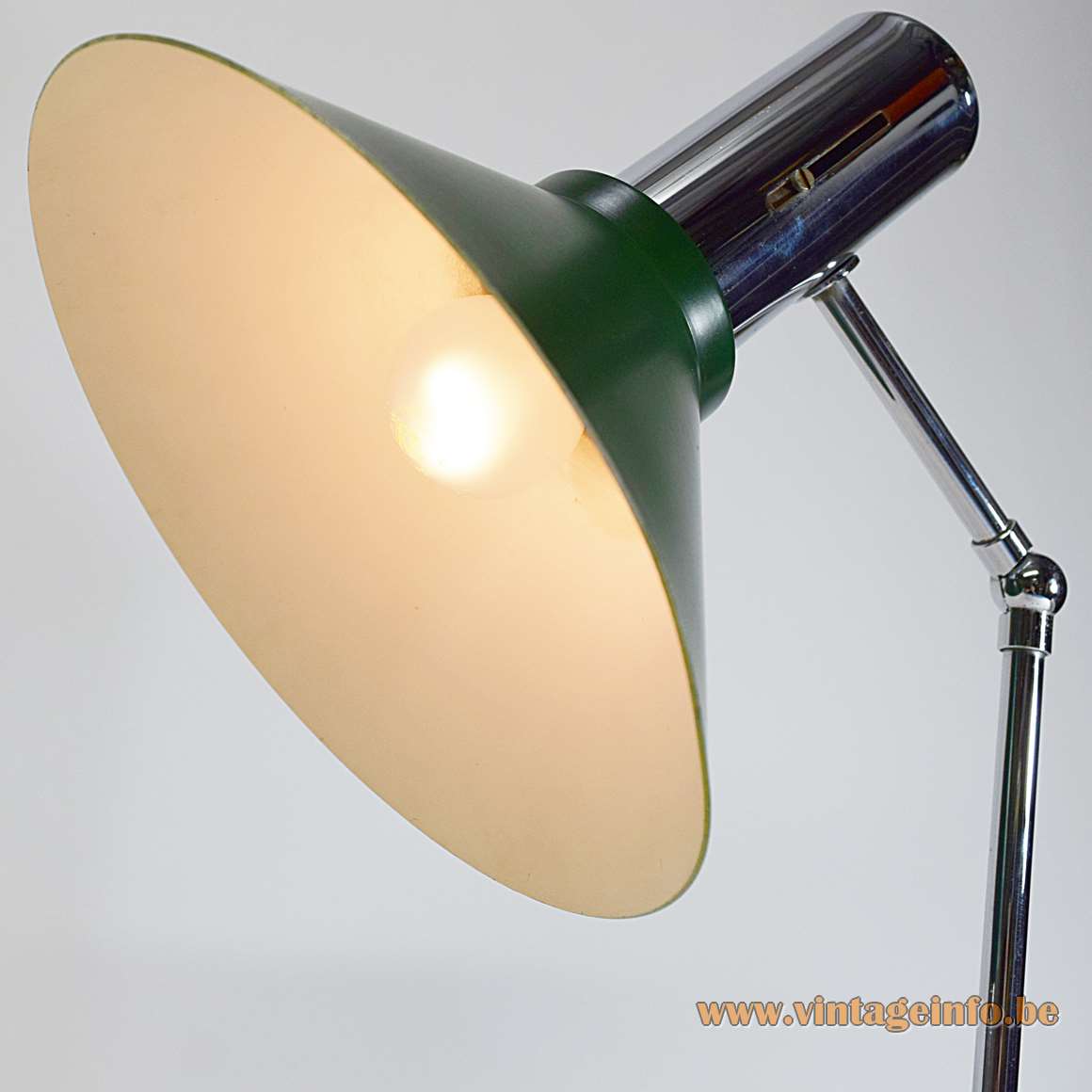 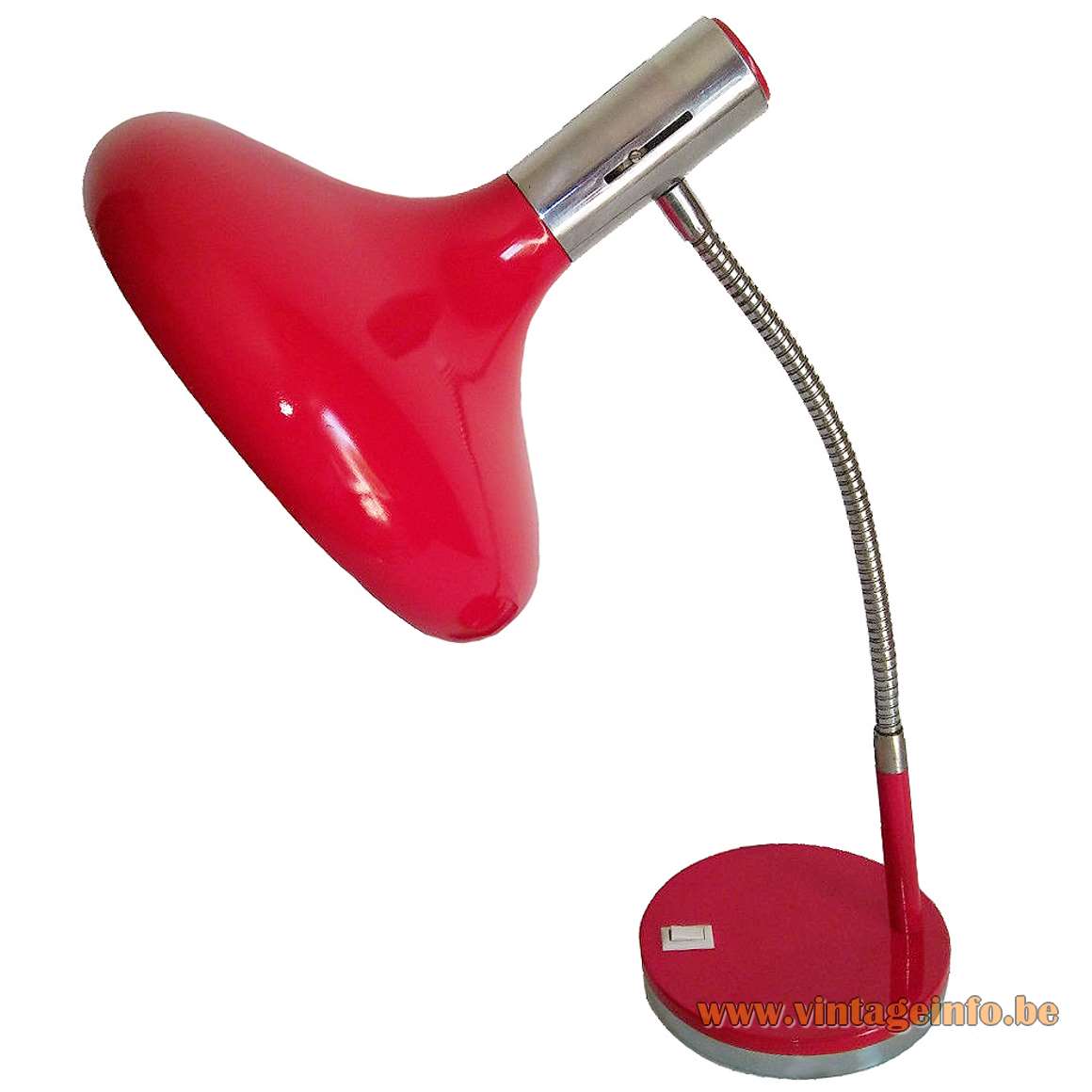 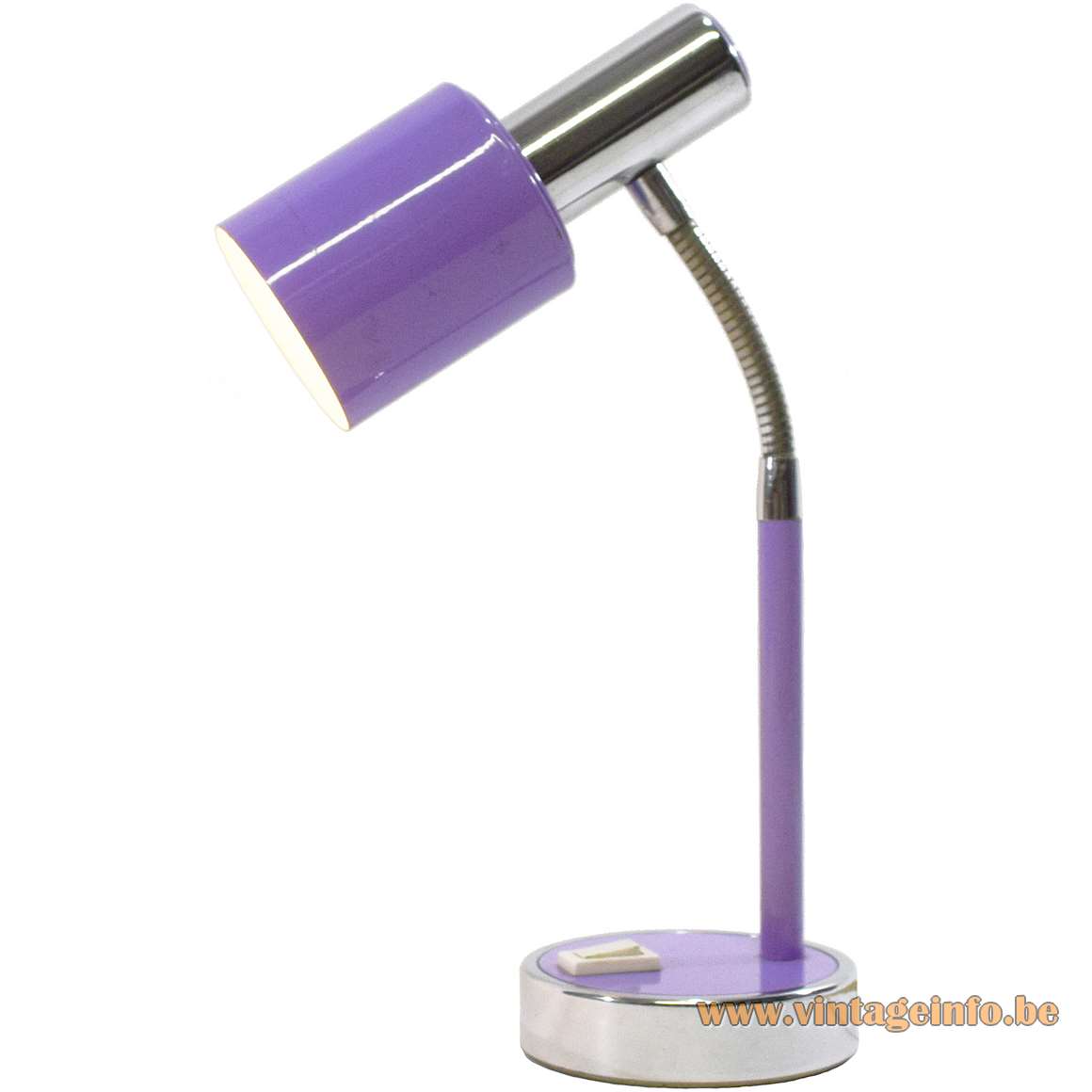