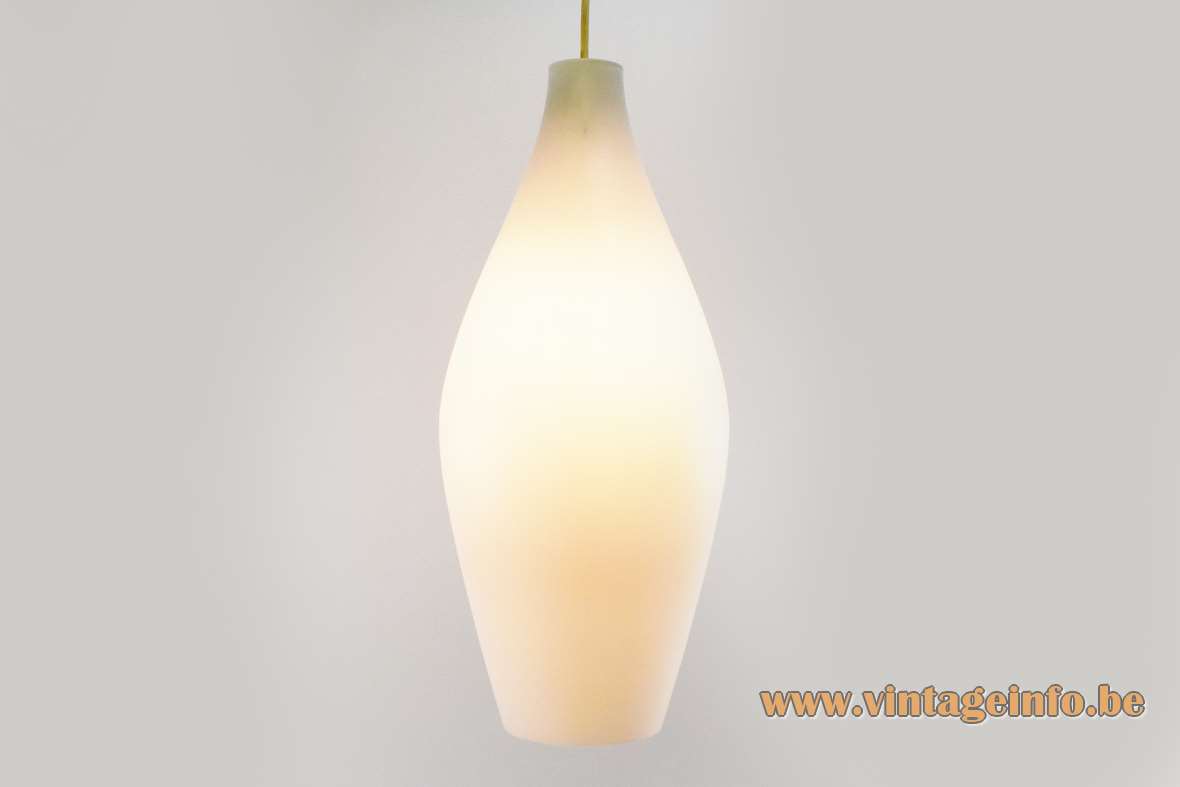 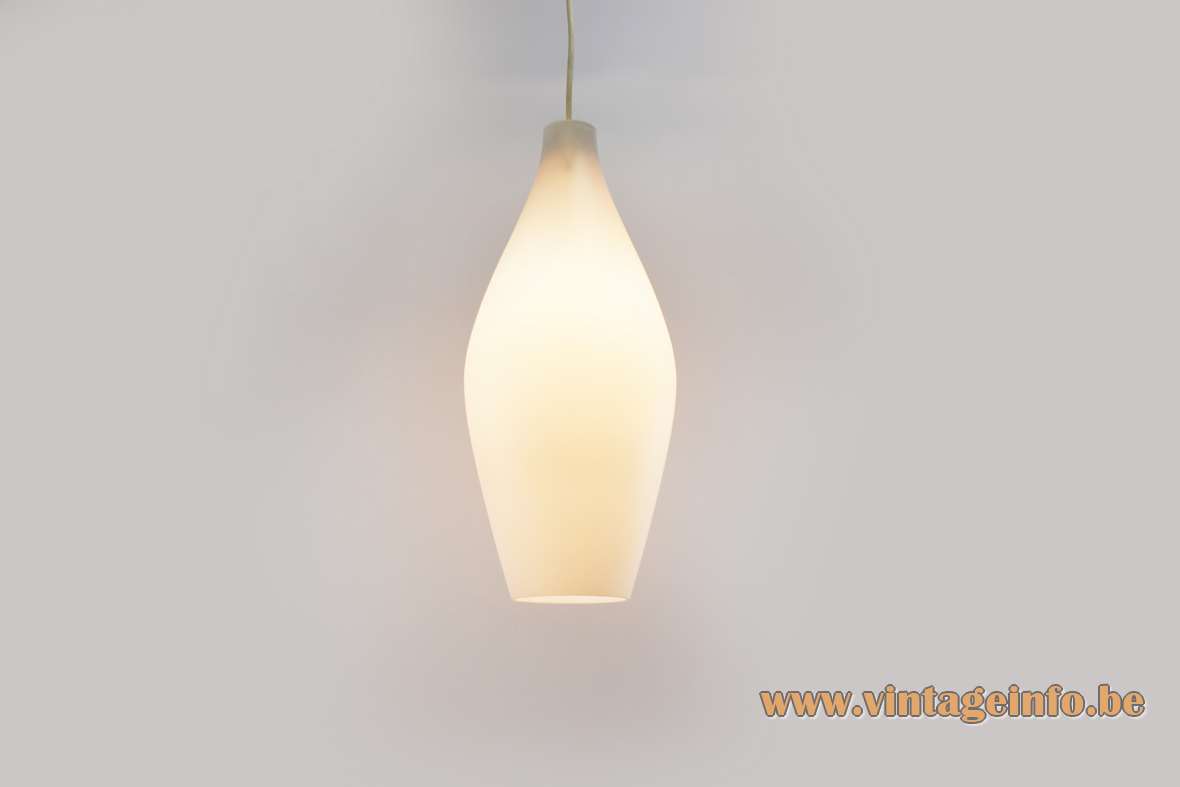 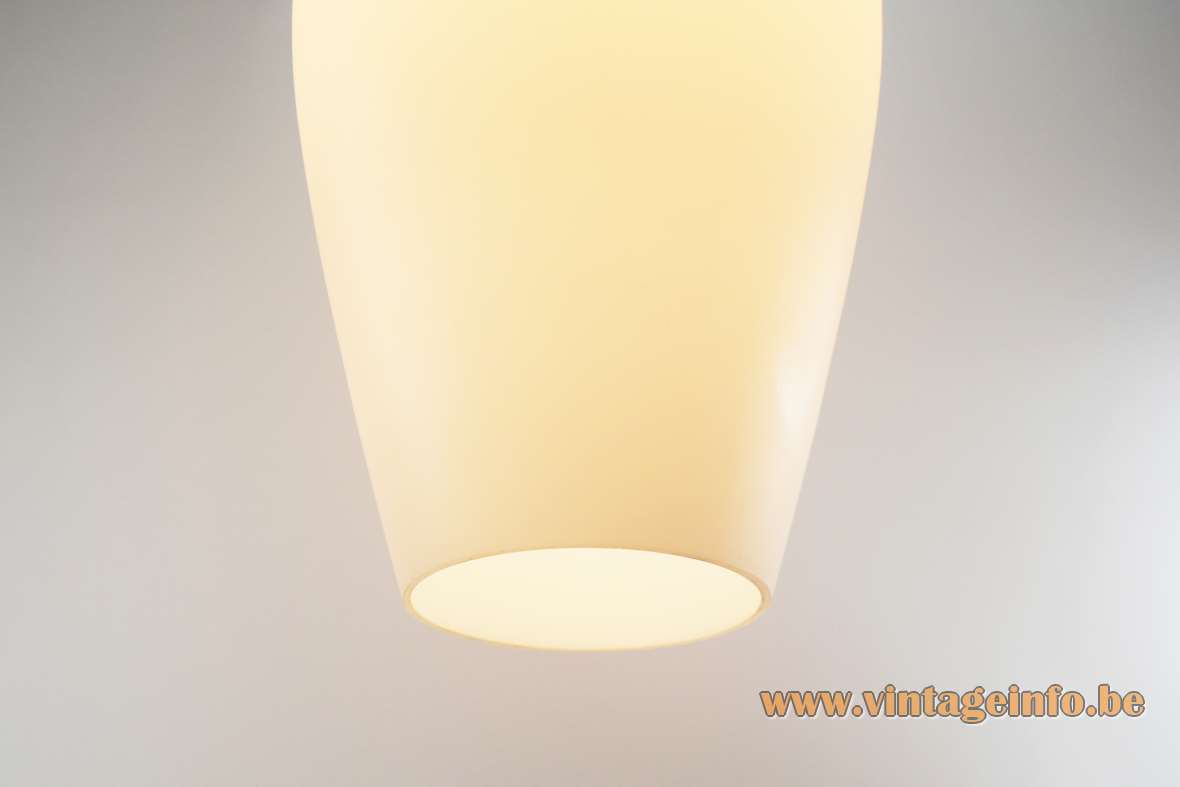 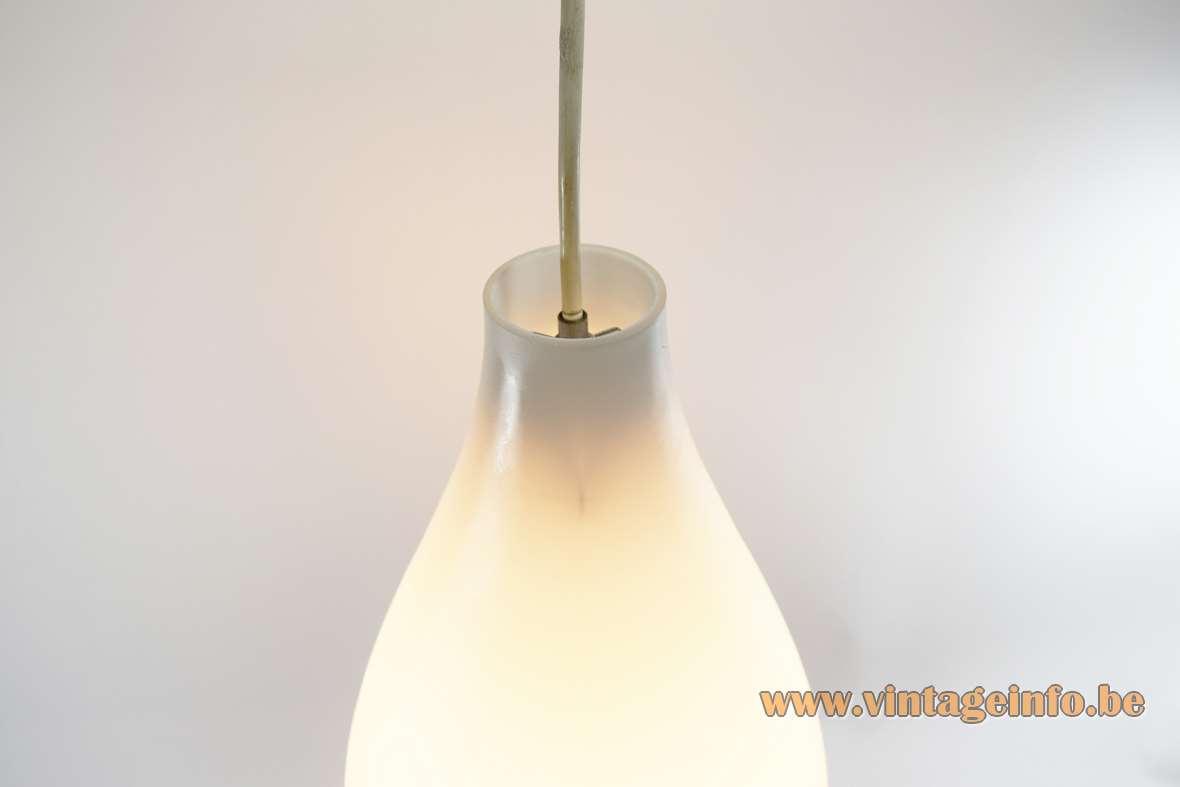 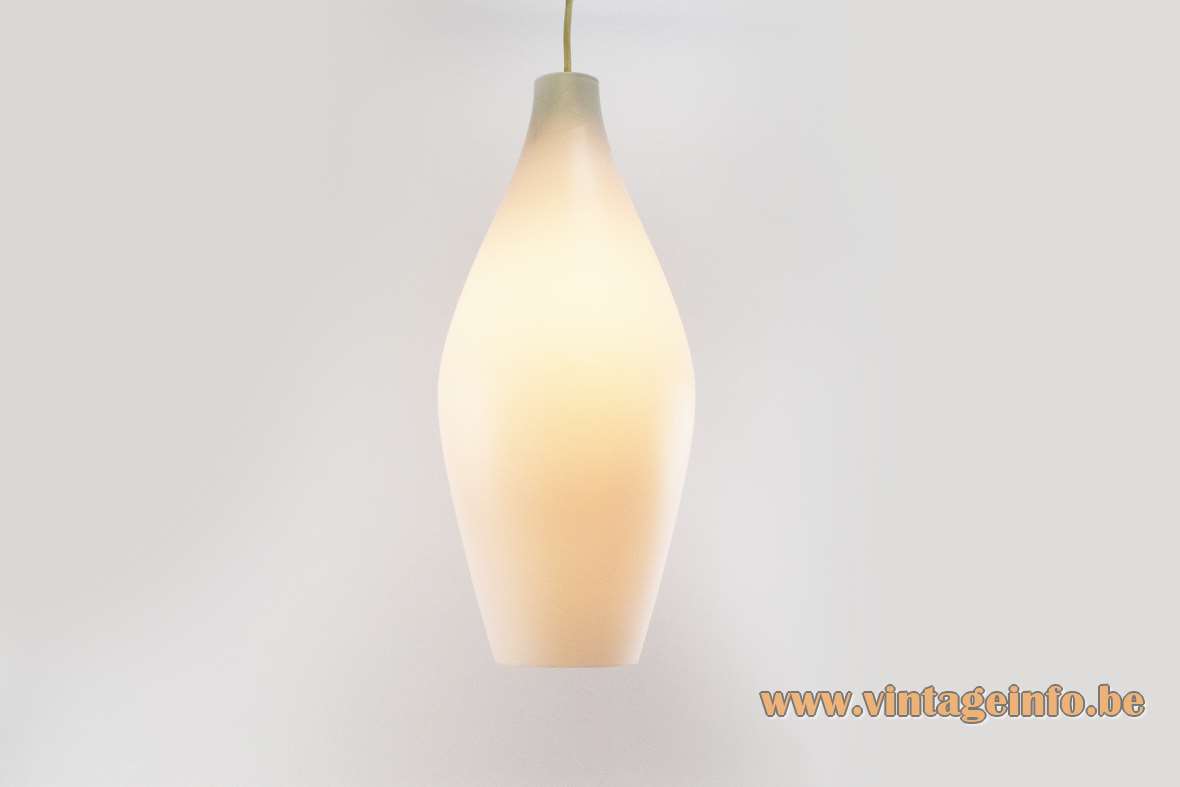 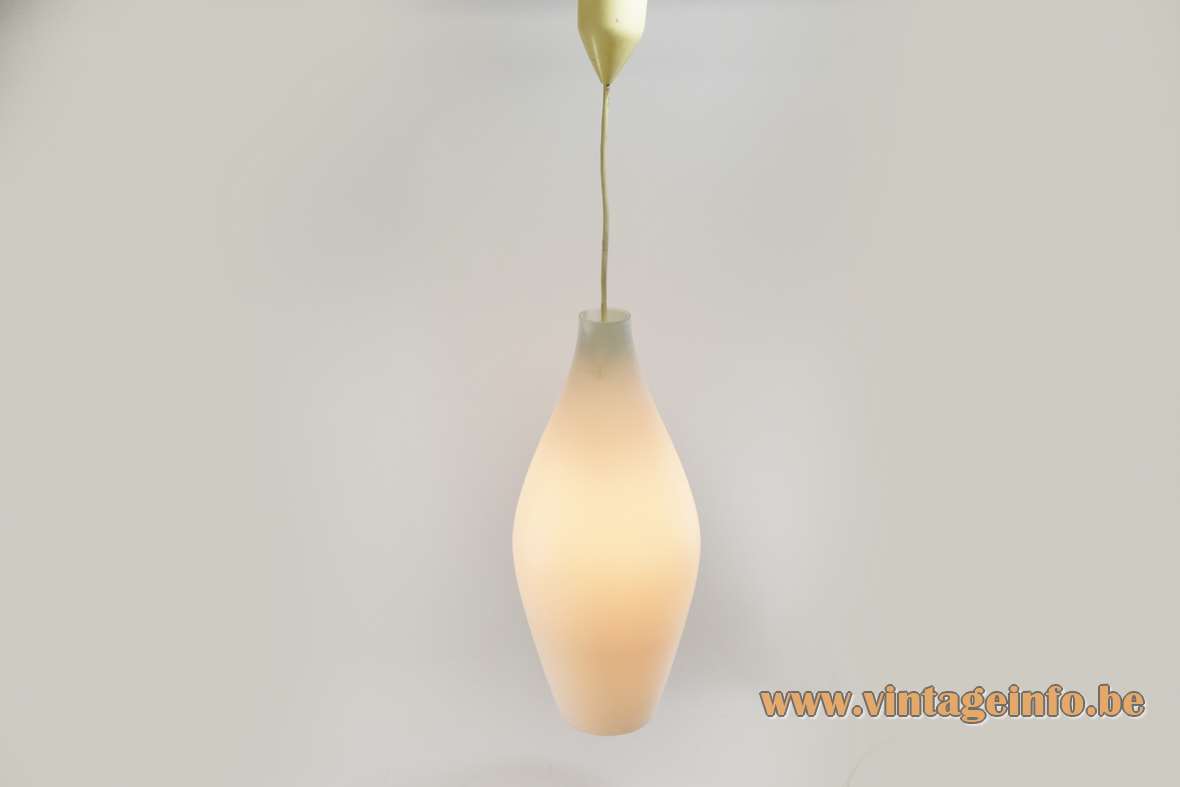 Other versions: This Aloys Ferdinand Gangkofner Granada pendant lamp exists with several designs, but the same model. Some small variations in height. These lamps are all hand blown.

Vetro Doublé: an object made of two layers of glass normally of two different colours. In this case clear frosted/satin/matt on the outside and white on the inside.