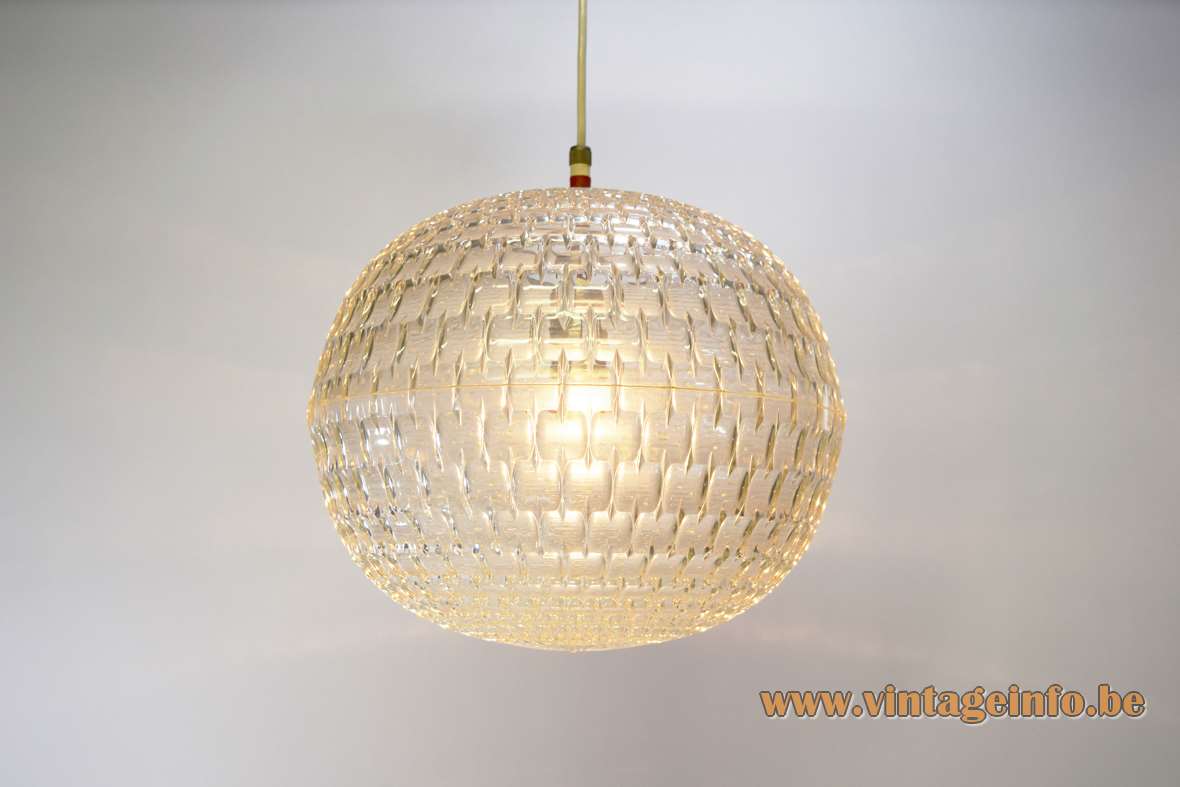 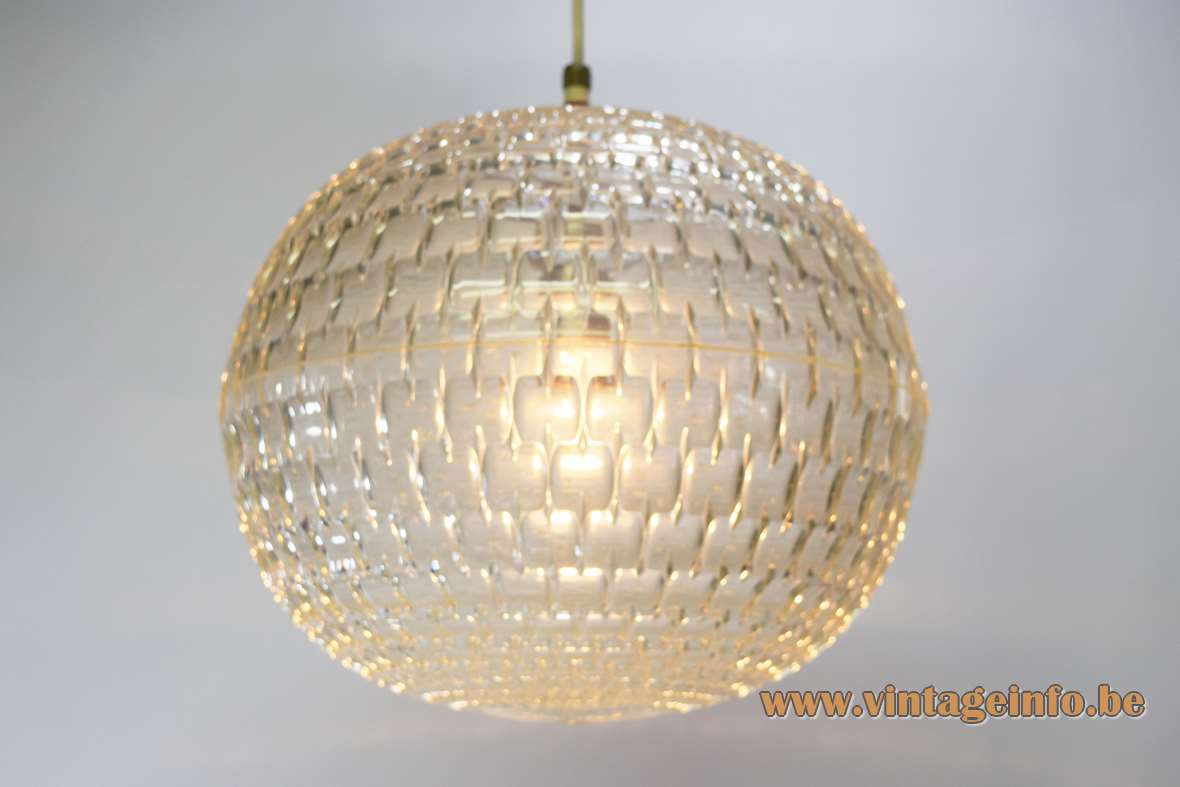 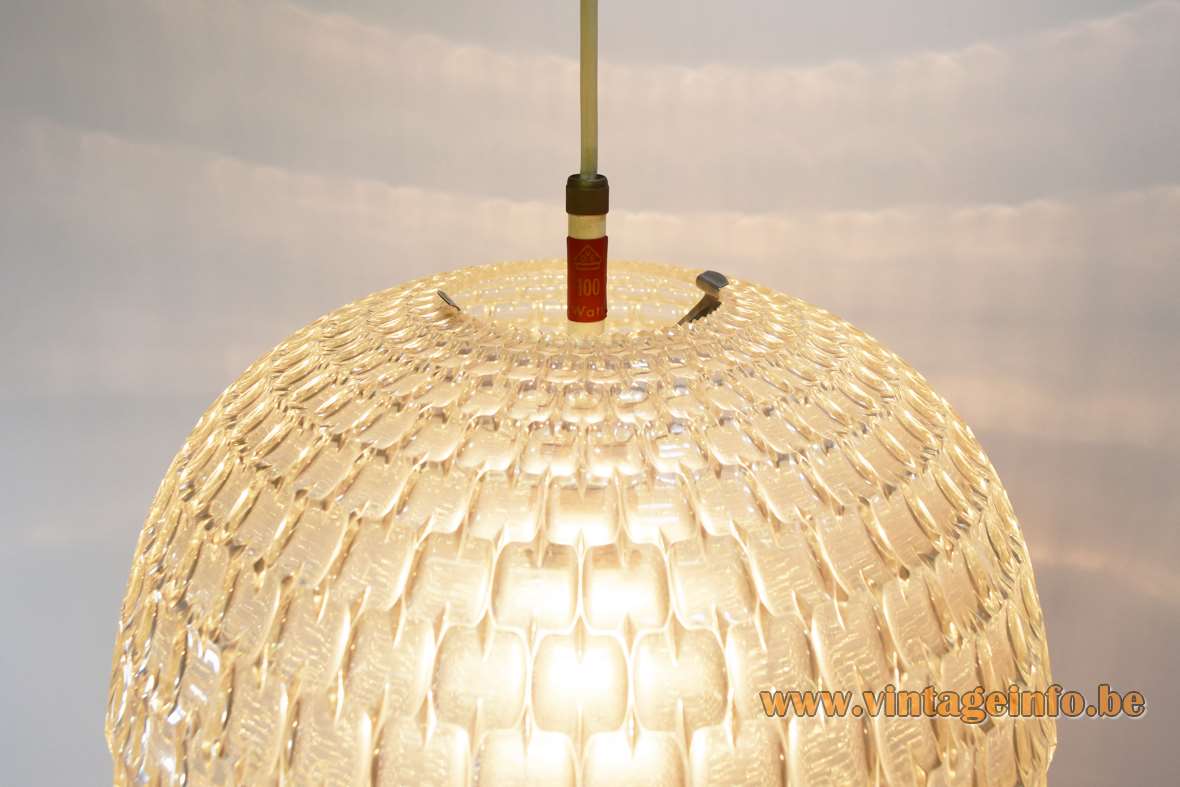 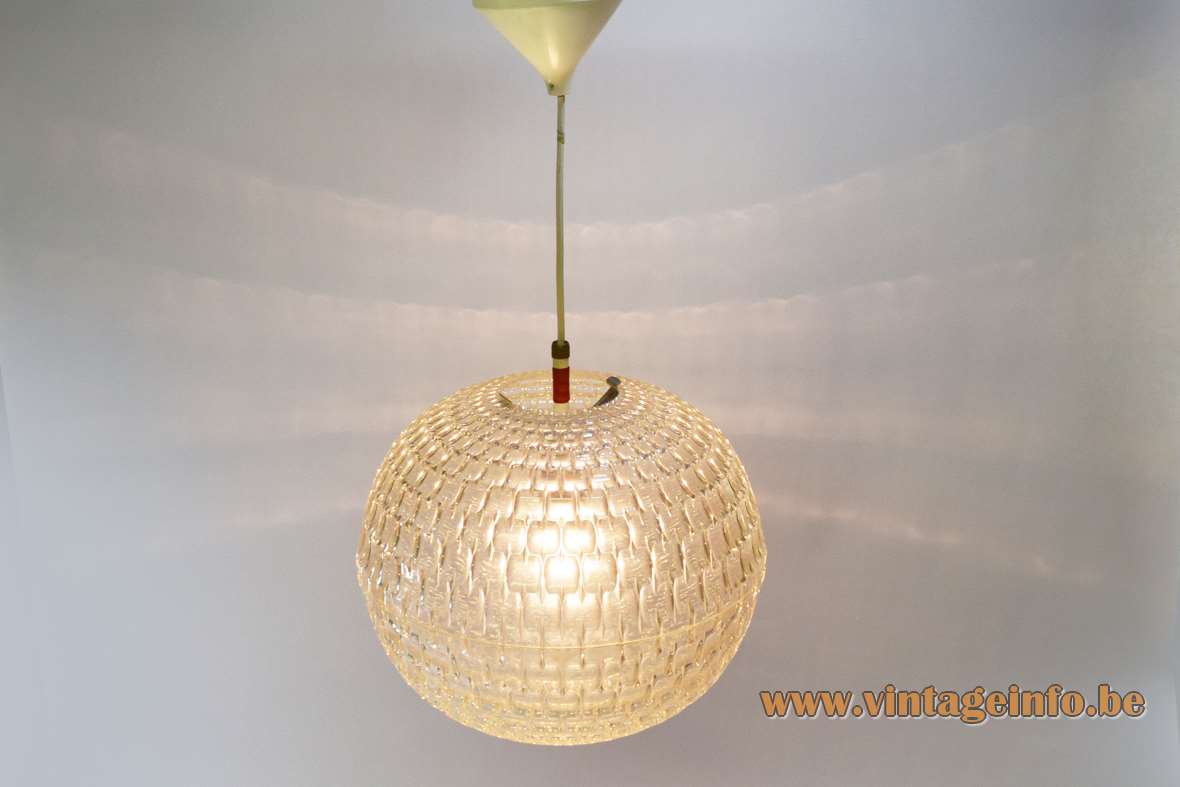 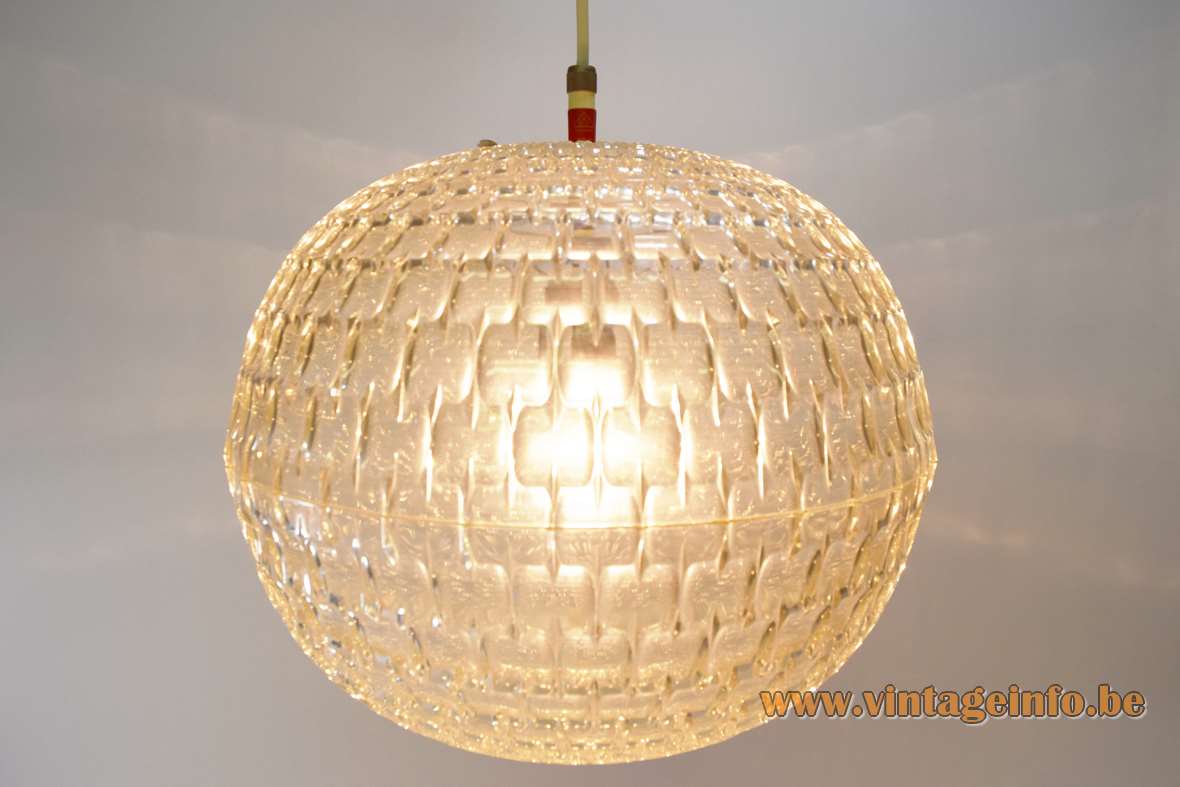 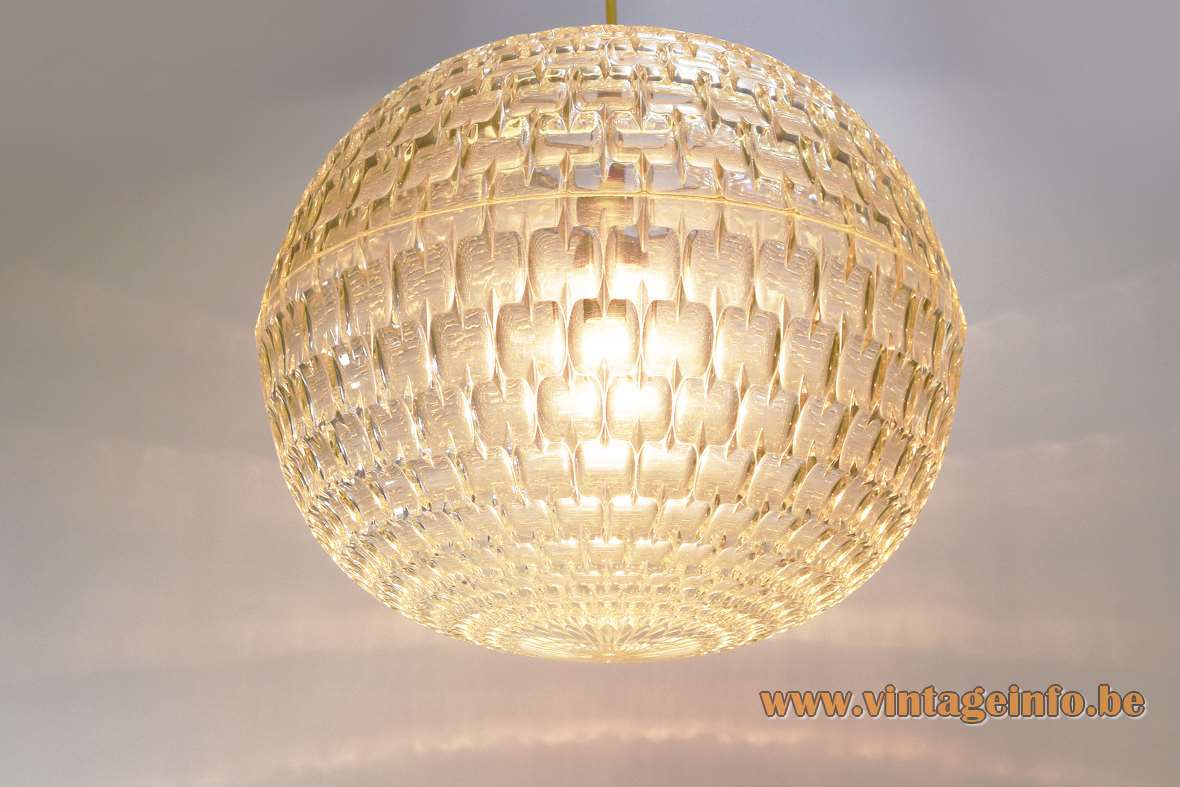 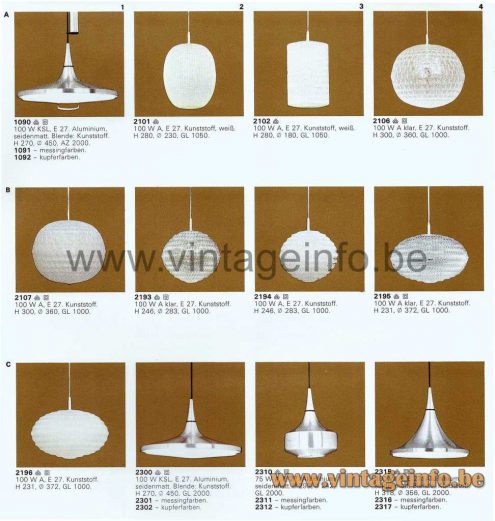 A white Aloys Ferdinand Gangkofner ERCO pendant lamp was sold by the Dutch company Philips. It appears in a catalogue folder from March 1968. It is unclear if Philips also sold this clear plastic version. 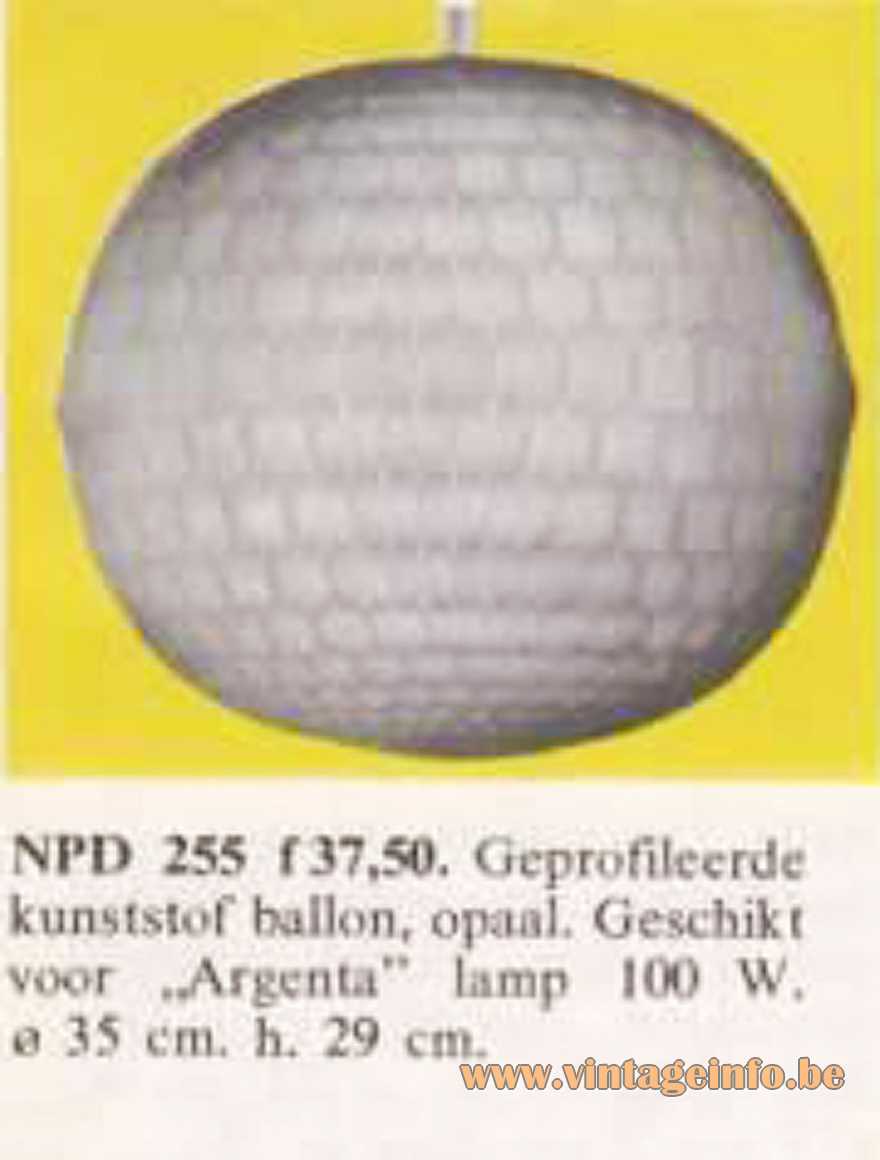 Other versions: Several designs were used for this Aloys Ferdinand Gangkofner ERCO pendant lamp. Often named Diamond lamp. Gangkofner designed many lamps with a repeating motif. This lamp, model 2106 was also made in white, as you can see in the catalogue pictures. The white one is model 2107.

Aloys Ferdinand Gangkofner was born in Reichenberg, Germany in 1920. He studied at the Staatliche Fachschule für Glasindustrie (State Technical College for the Glass Industry) in Zwiesel from 1934 until 1935. He worked as a freelancer for Peill + Putzler from 1953 until 1958. Several of his designs were also sold by Raak Amsterdam, but were produced by Peill + Putzler. 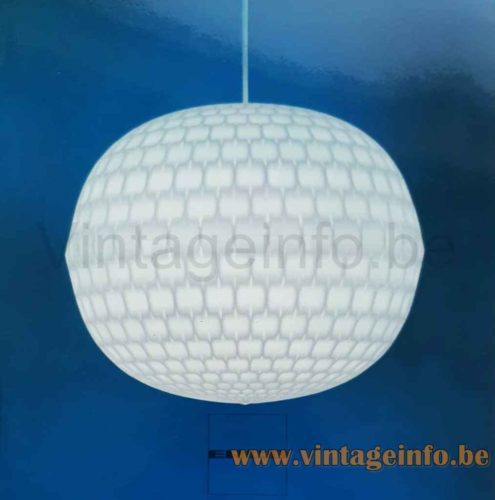