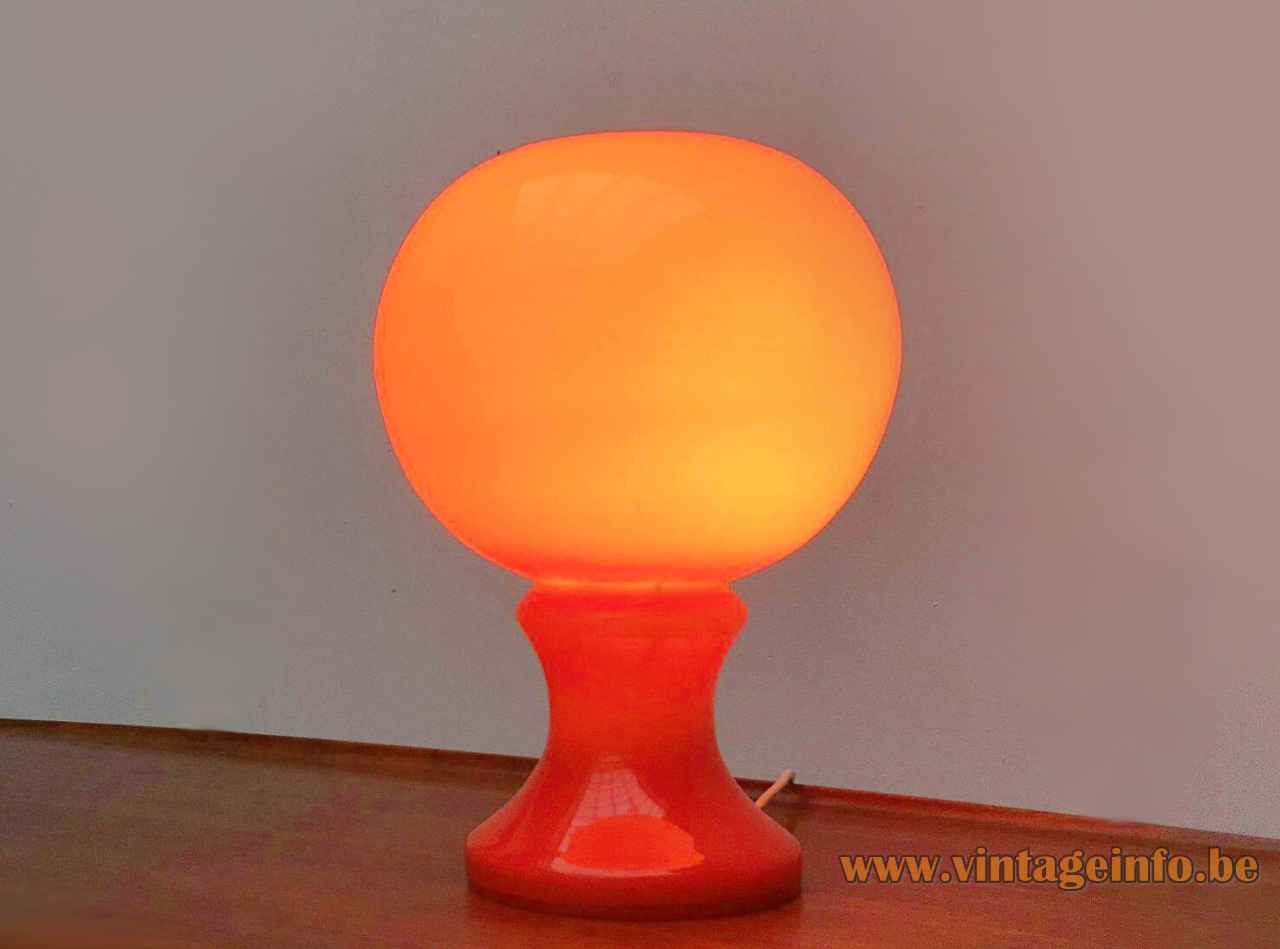 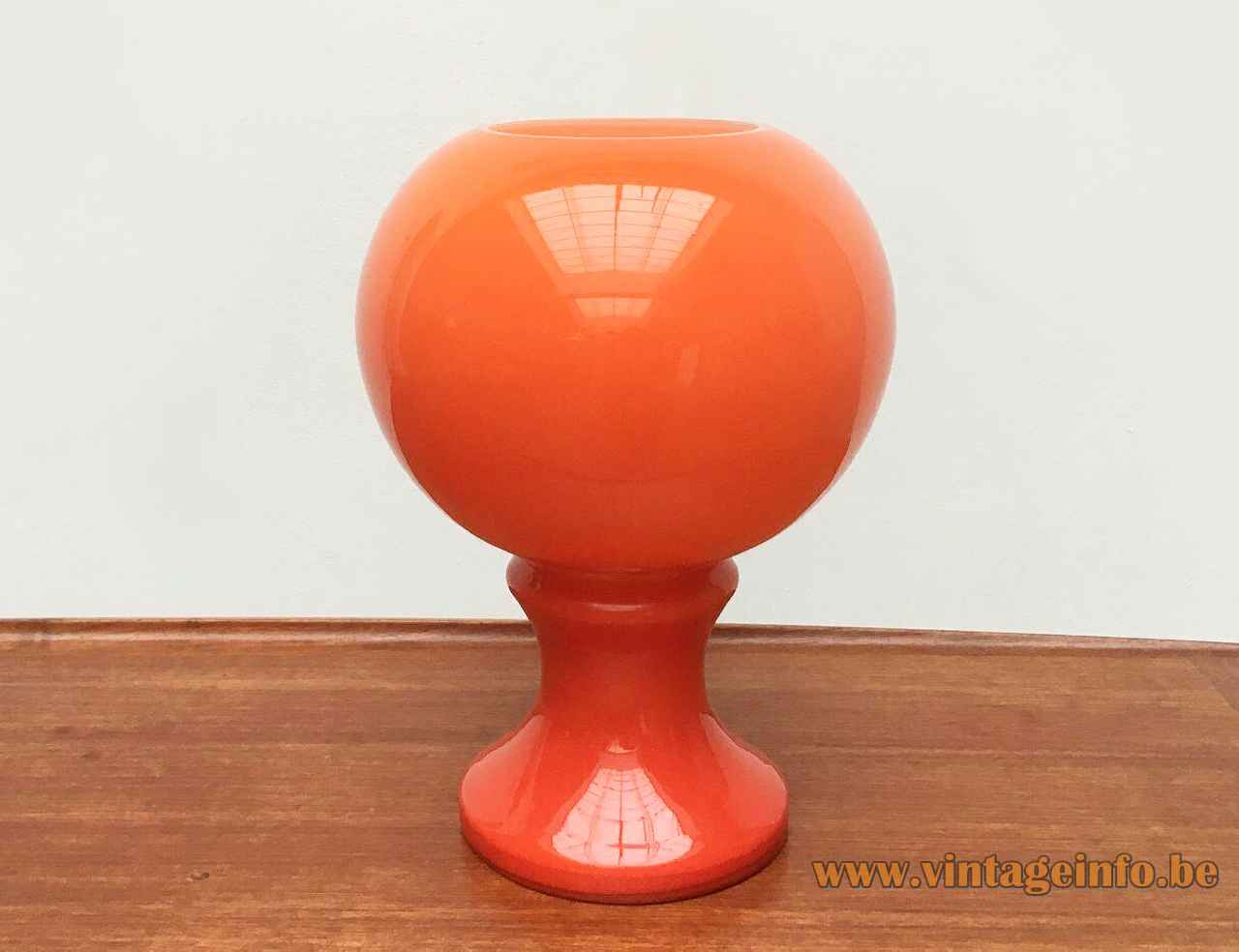 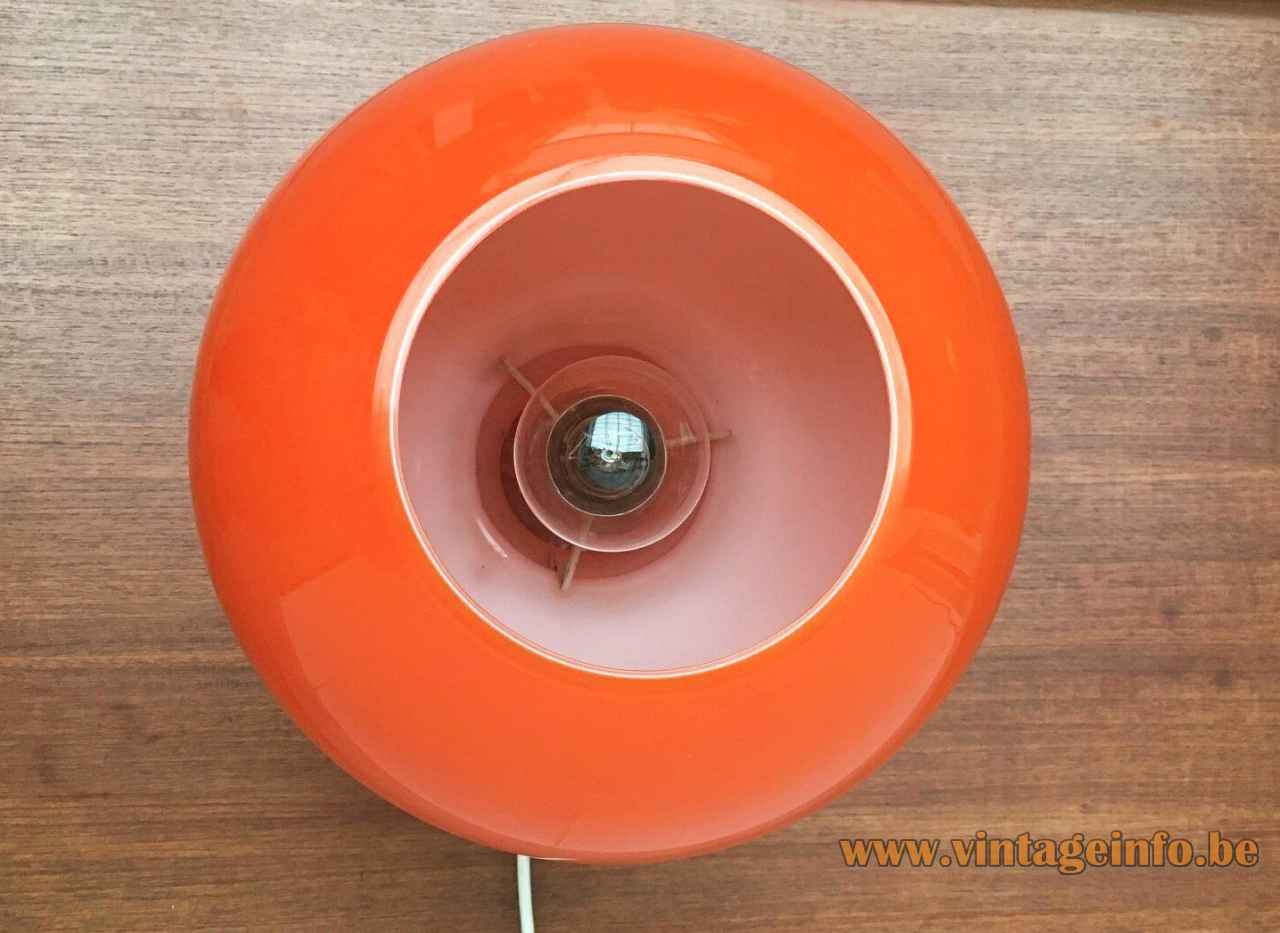 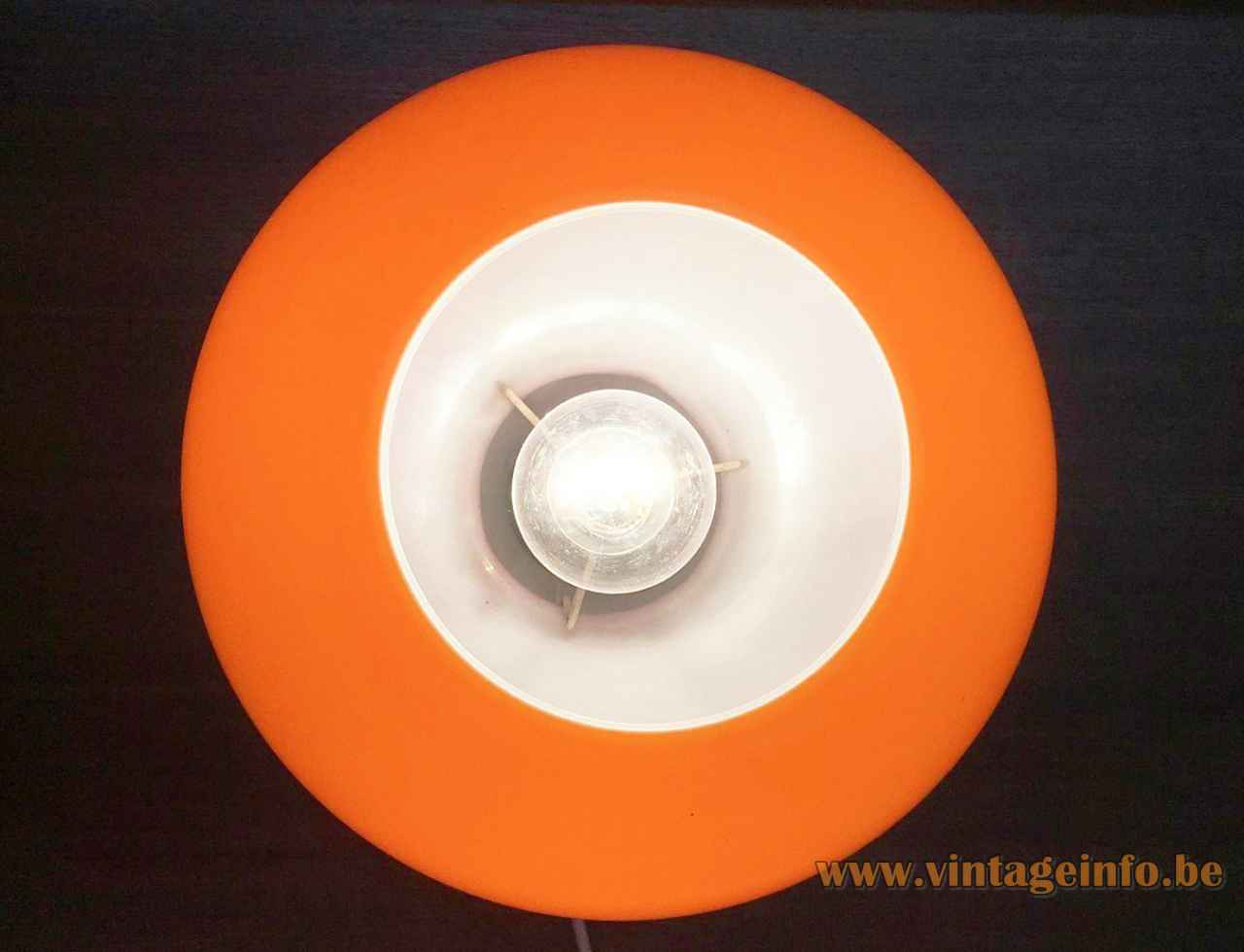 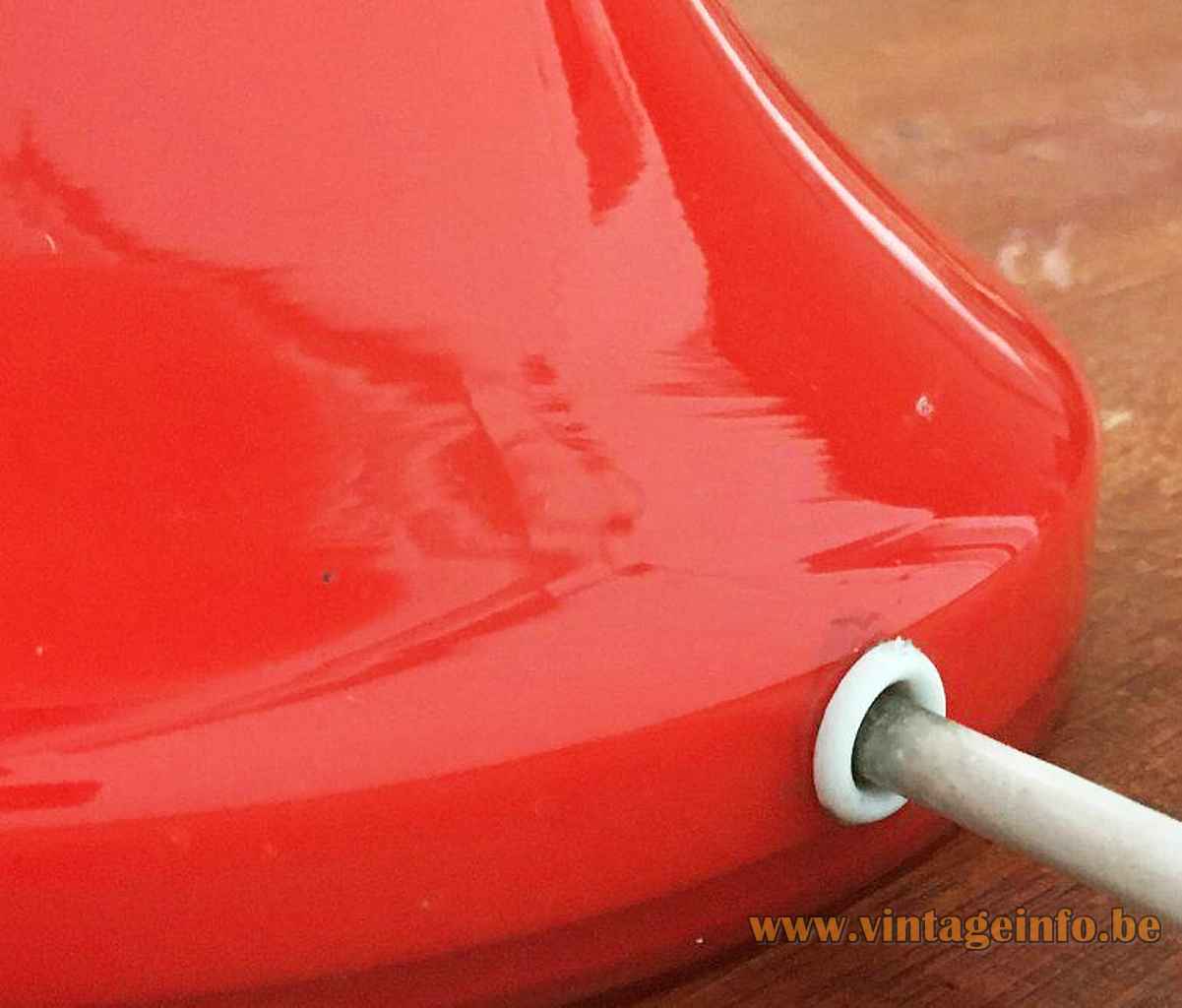 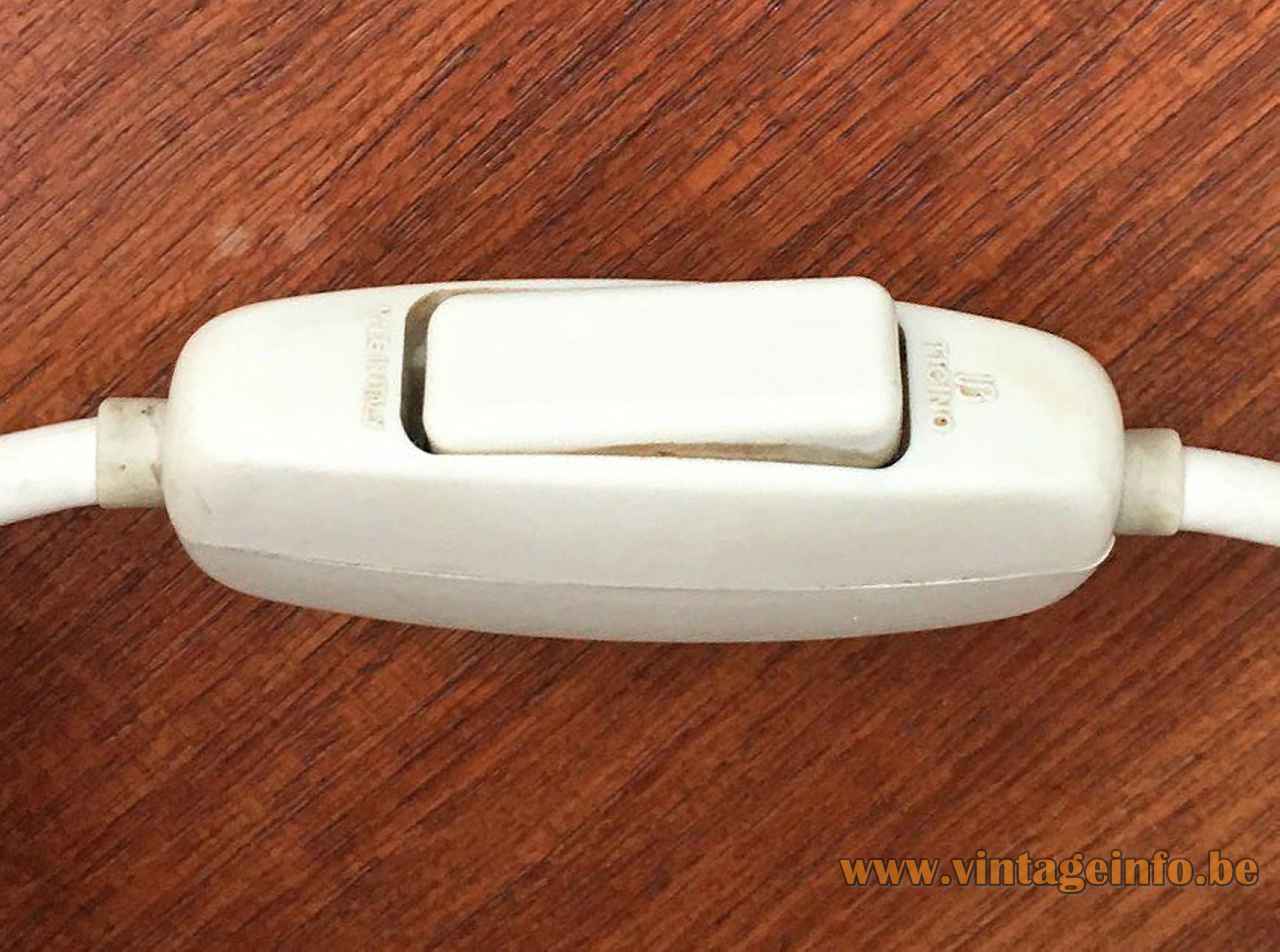 Materials: Hand blown orange glass round base & globe lampshade. Made of 3 layers: clear orange on the outside, white in the middle, orange inside. White painted metal clamp inside. Metal E27 socket.

Other versions: The Ingo Maurer ML 32 table lamp exists in a few colours.

The Massive company from Belgium made a very similar lamp, you can find it over here.

All the electric parts of this table lamp were made in the 60s, 70s by Ticino, today named BTicino.

An Ingo Maurer ML 32 table lamp was used as a prop in the 1969 film Paris N’existe Pas. The story of an artist who develops the ability to see into the future and the past. His hallucinations increase with time. Starring French singer Serge Gainsbourg, Danièle Gaubert and Richard Leduc. In front a Kartell KD 27 table lamp, you can find it over here. Also the Ingo Maurer spiral table lamp appears in this film, you can find it over here. 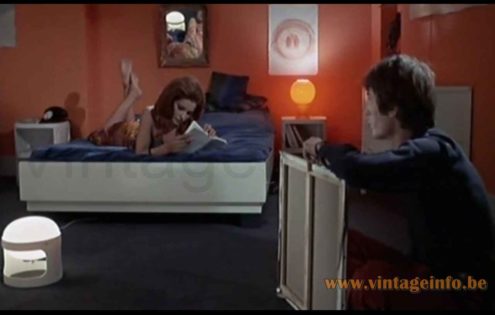