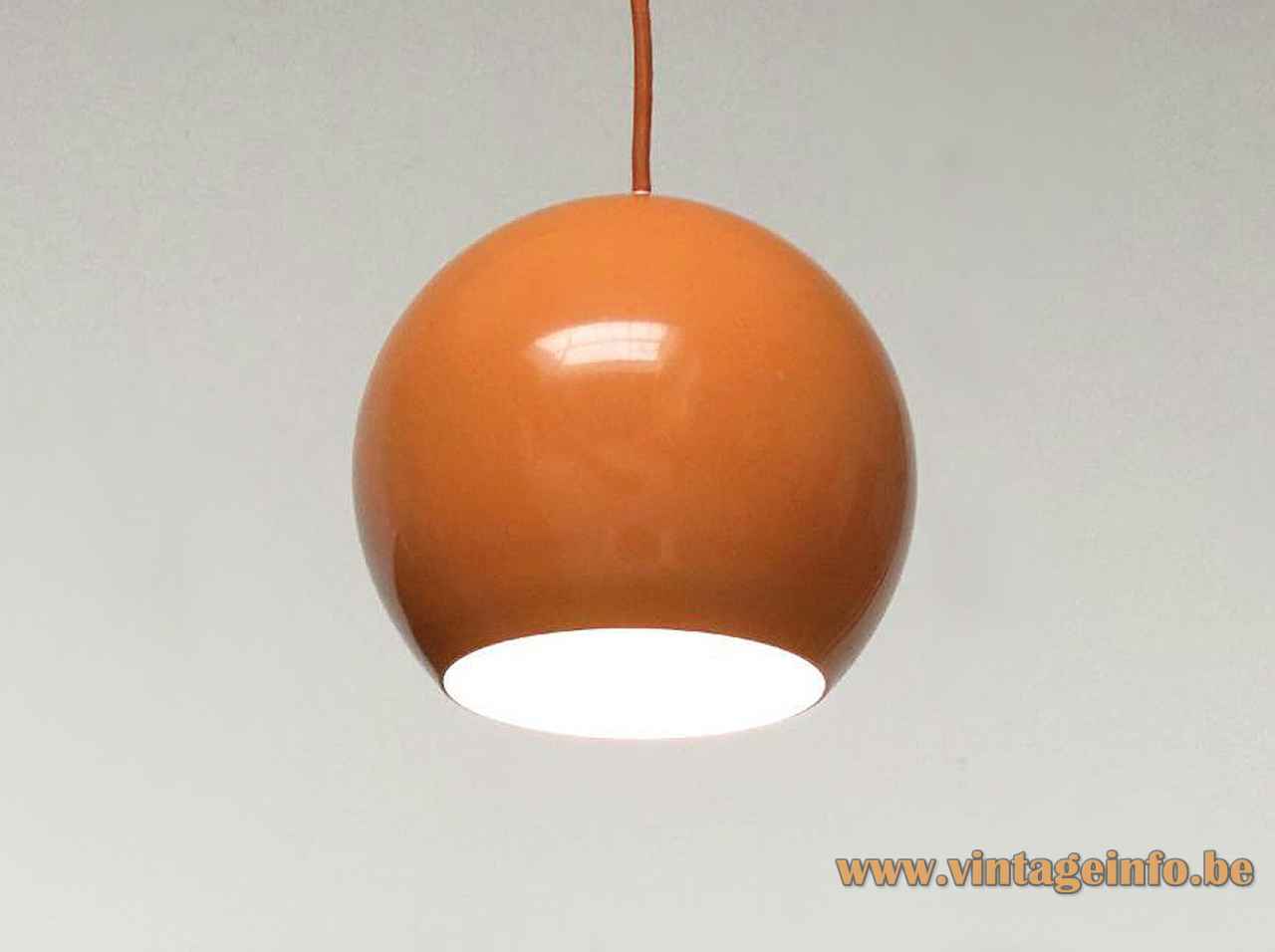 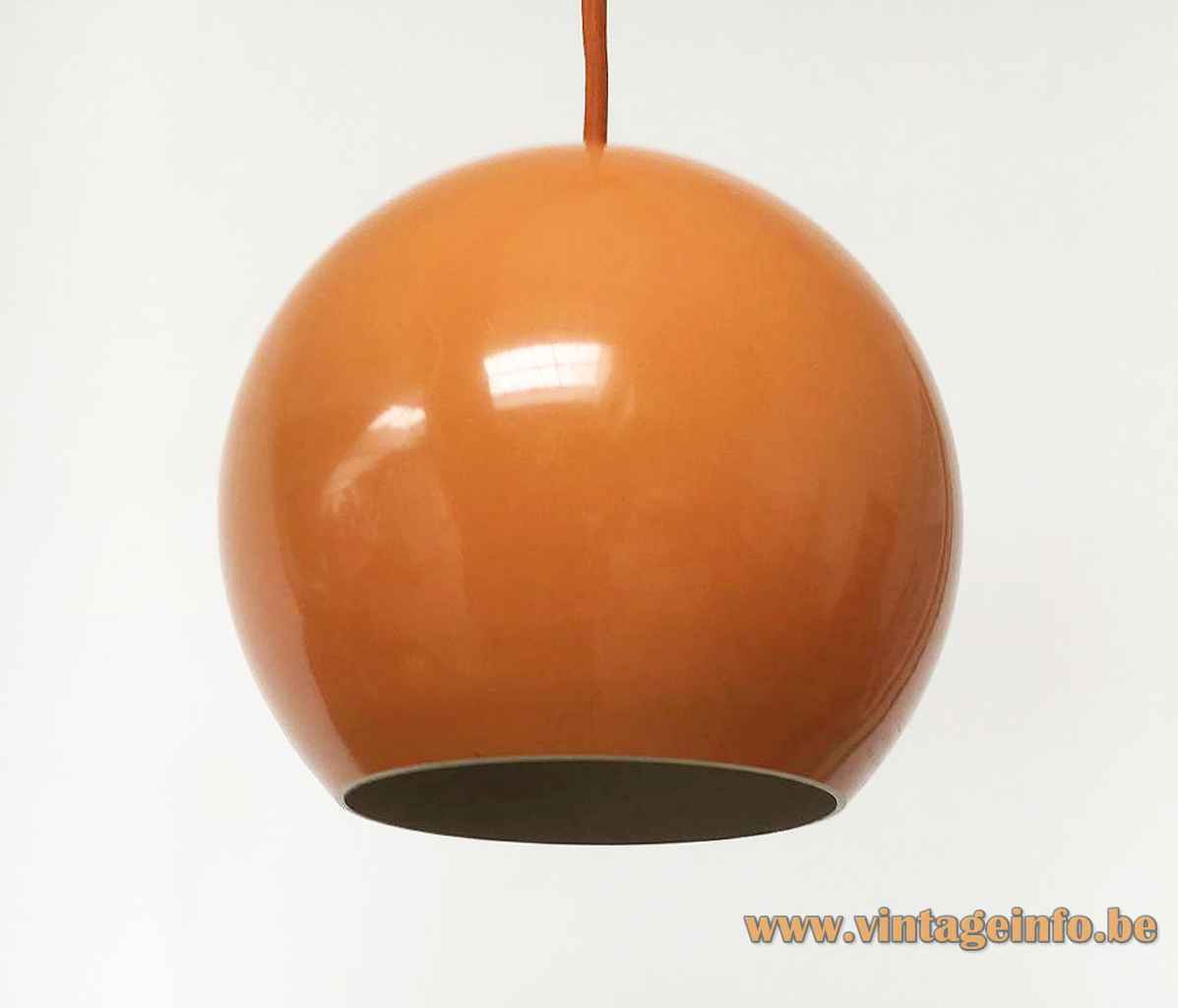 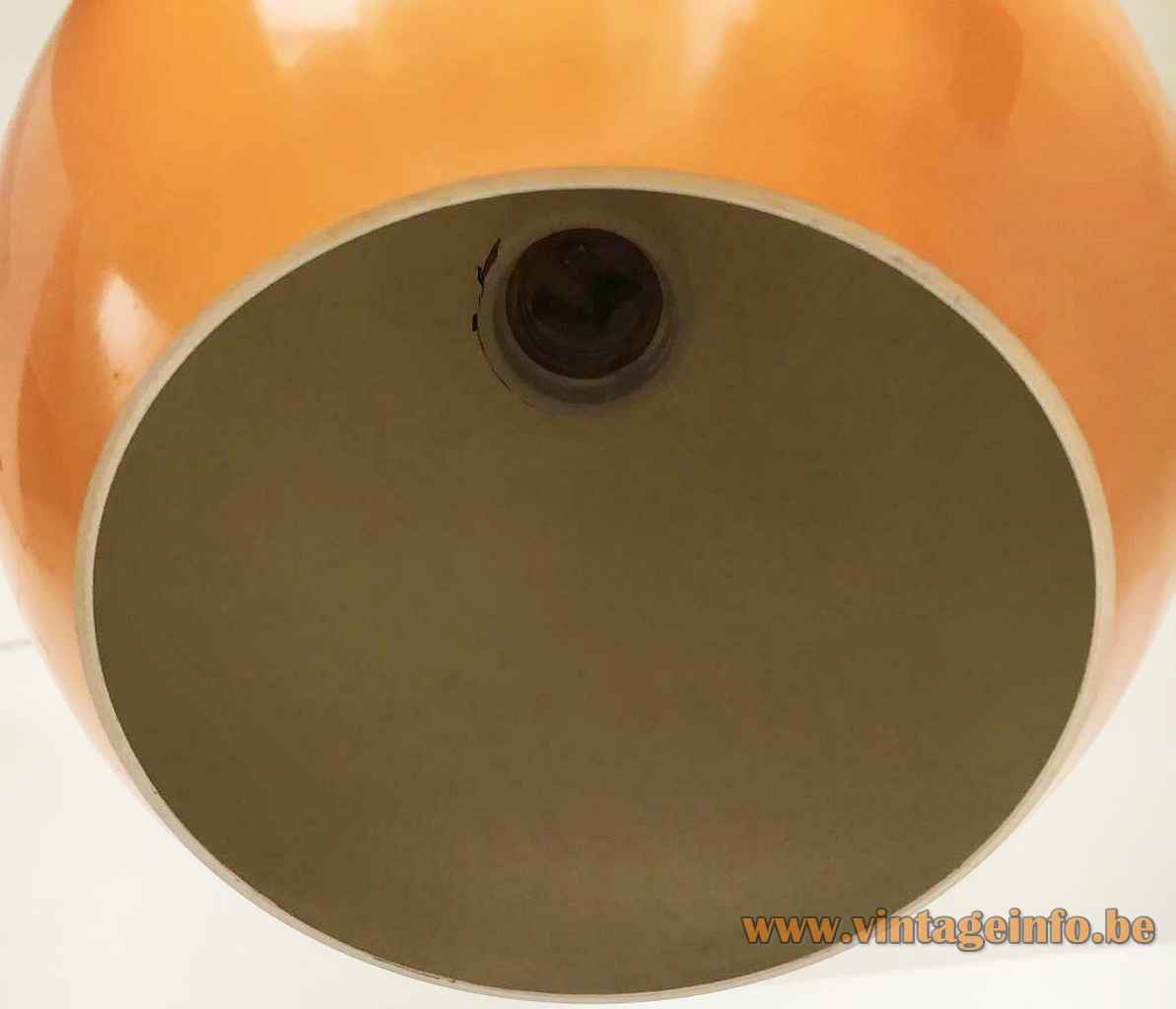 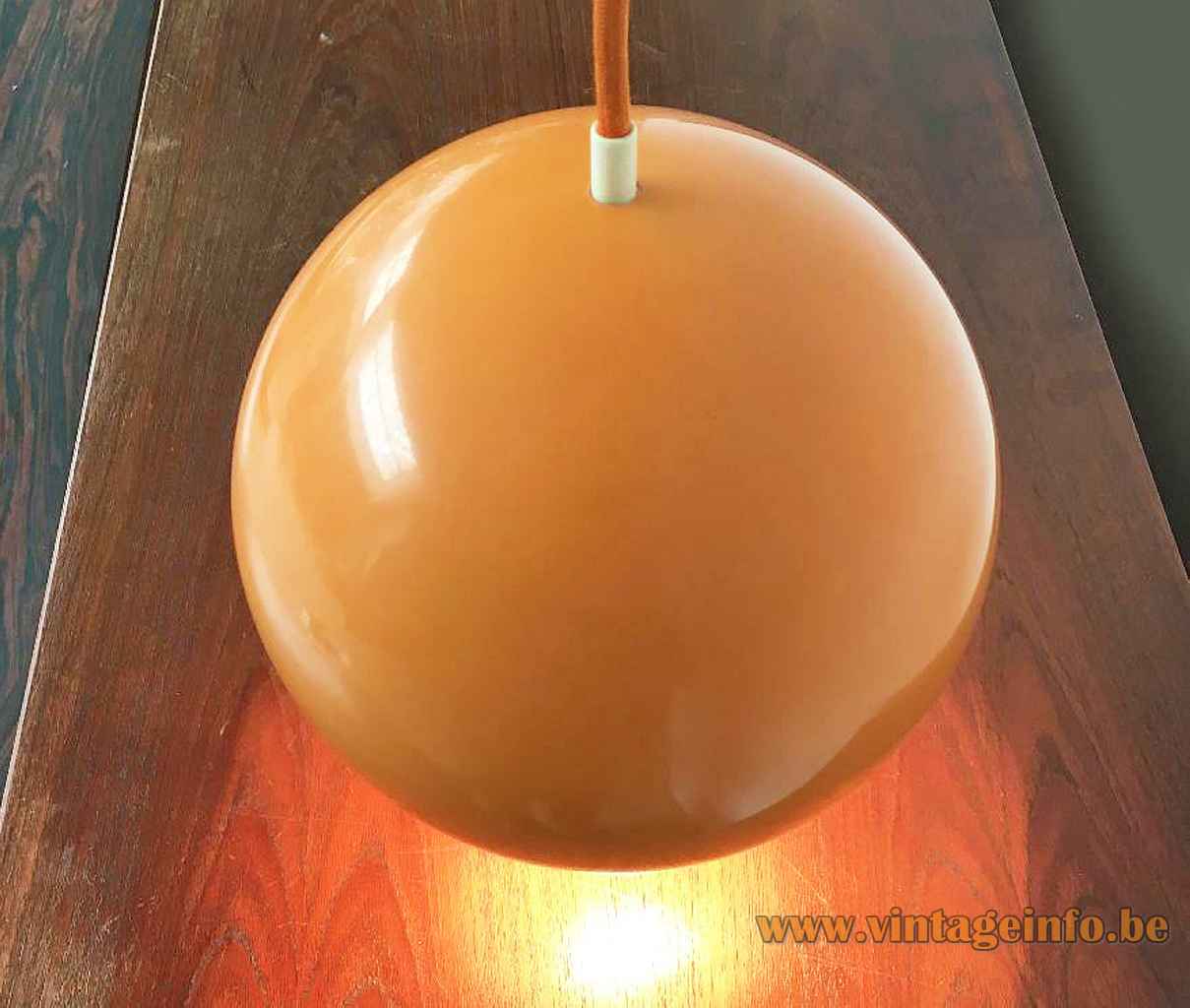 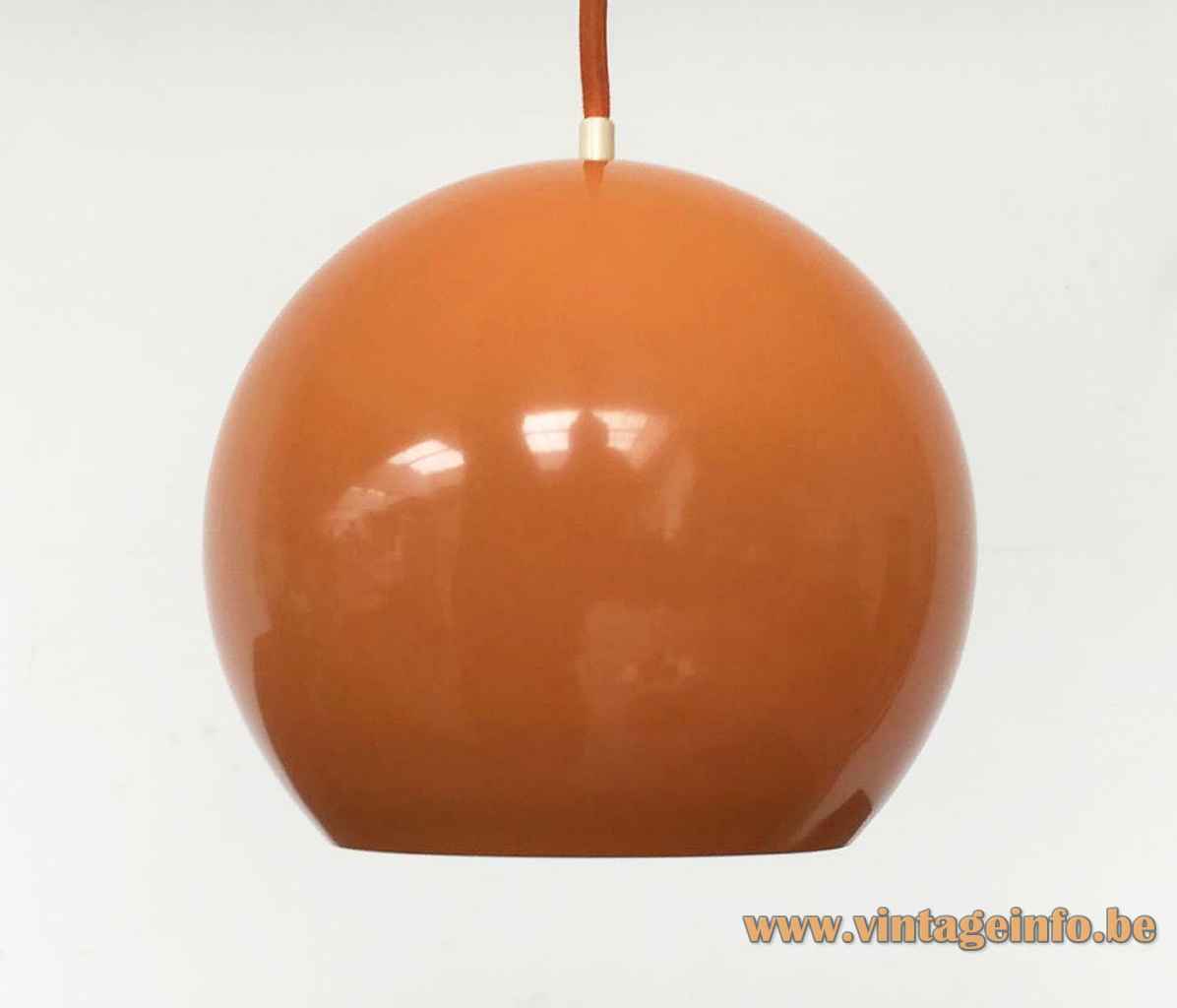 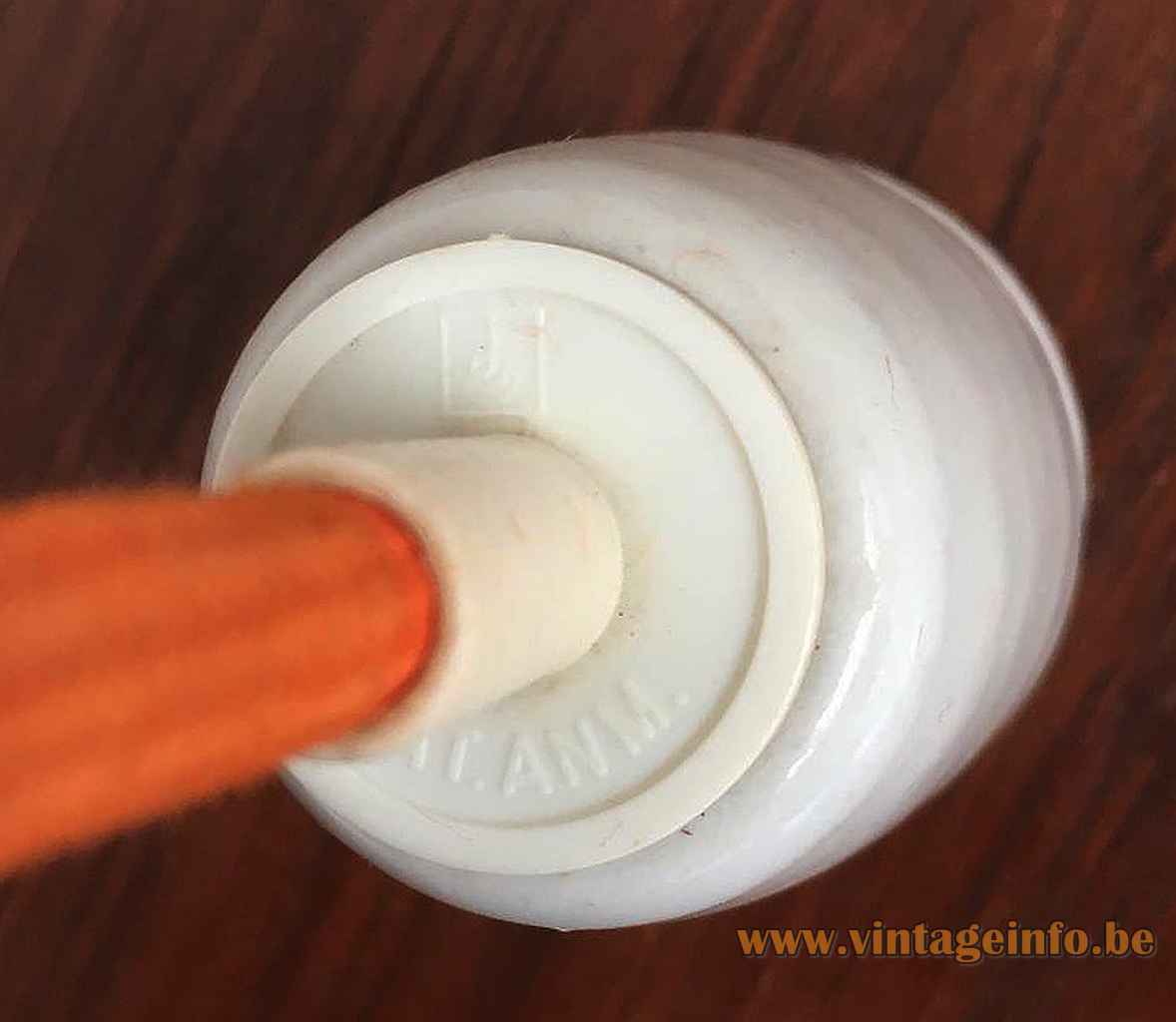 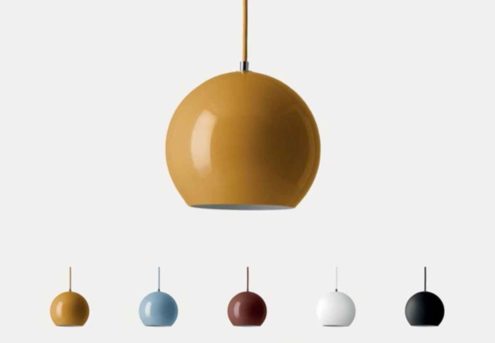 Other versions: This Verner Panton Topan pendant lamp exists in many colours.

The Topan pendant lamp, originally designed in 1959 for the hotel and restaurant Astoria in Trondheim, Norway, was his first mass produced lamp. It has a long cord, the lamp has to hang as low as possible above the table or floor, to avoid blinding people.

Sold ever since, today in 2020 the Topan pendant lamp is no longer on the Louis Poulsen website. But new ones are still available in several shops.

From 1953 until 1955 he studied in various European countries and in 1955 he started his own business. Verner Panton received numerous awards for his designs. He passed away in Copenhagen on 5 September 1998. 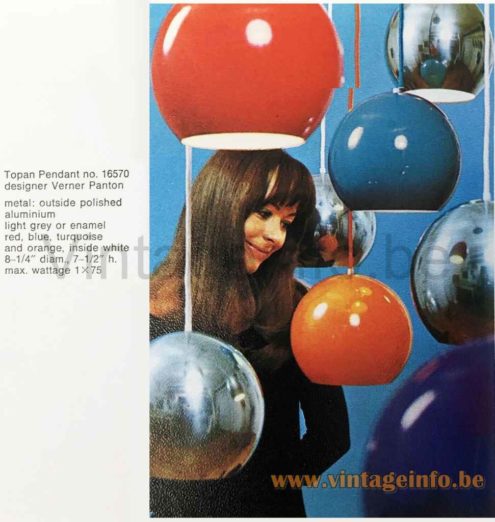 The Topan pendant lamp on the Verner Panton website