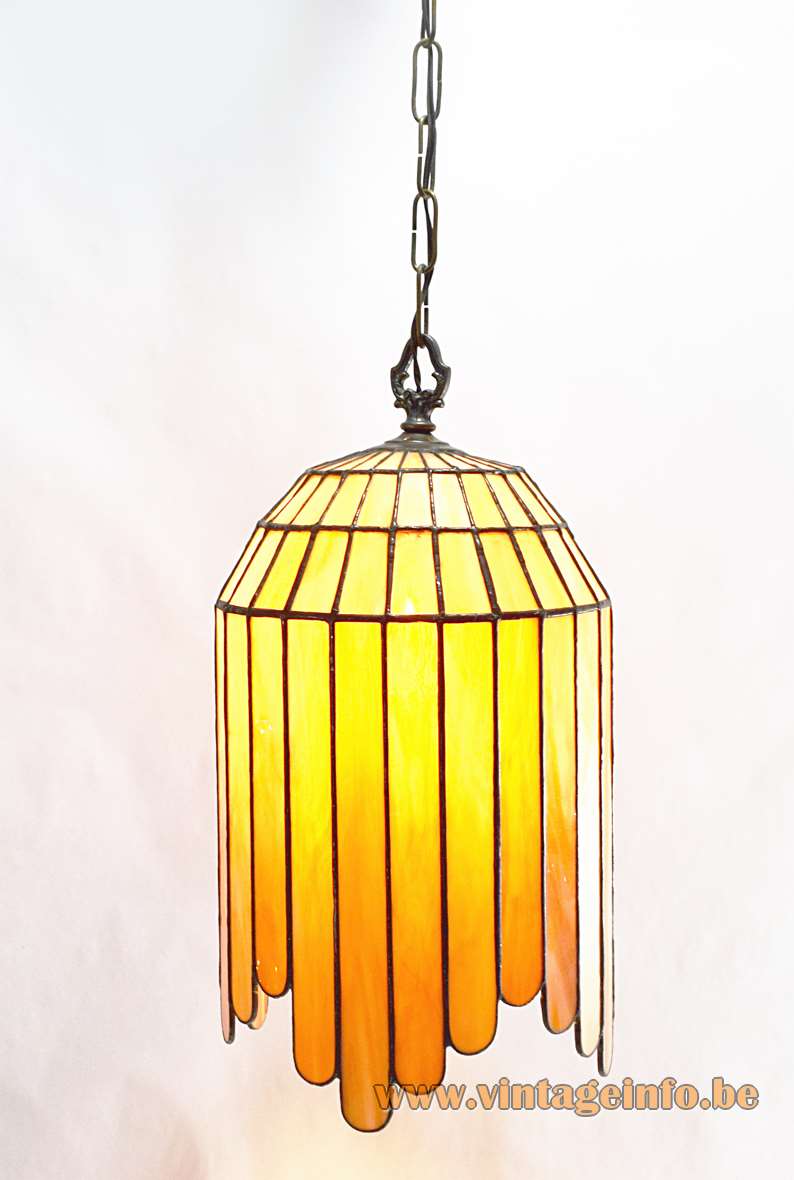 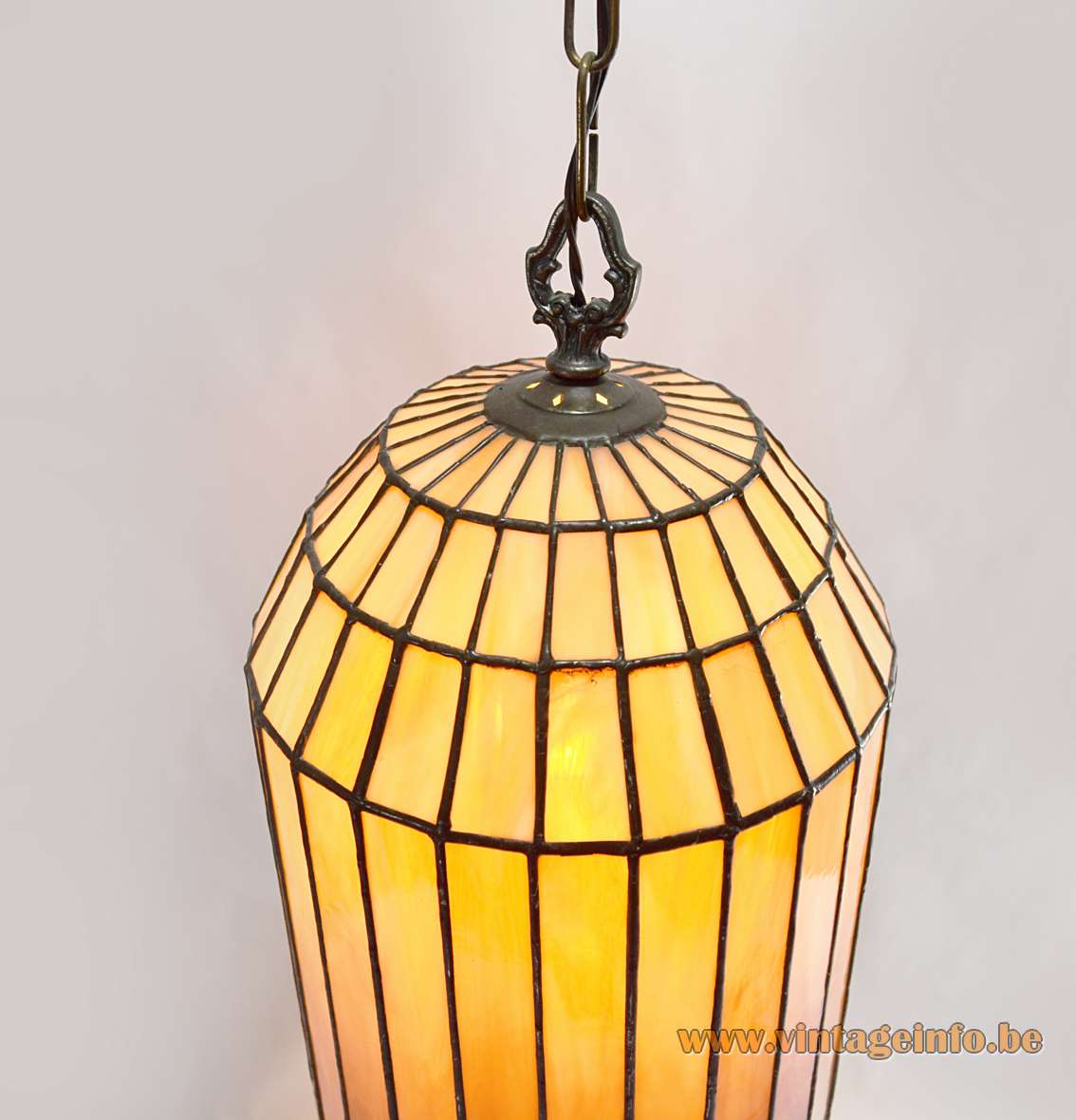 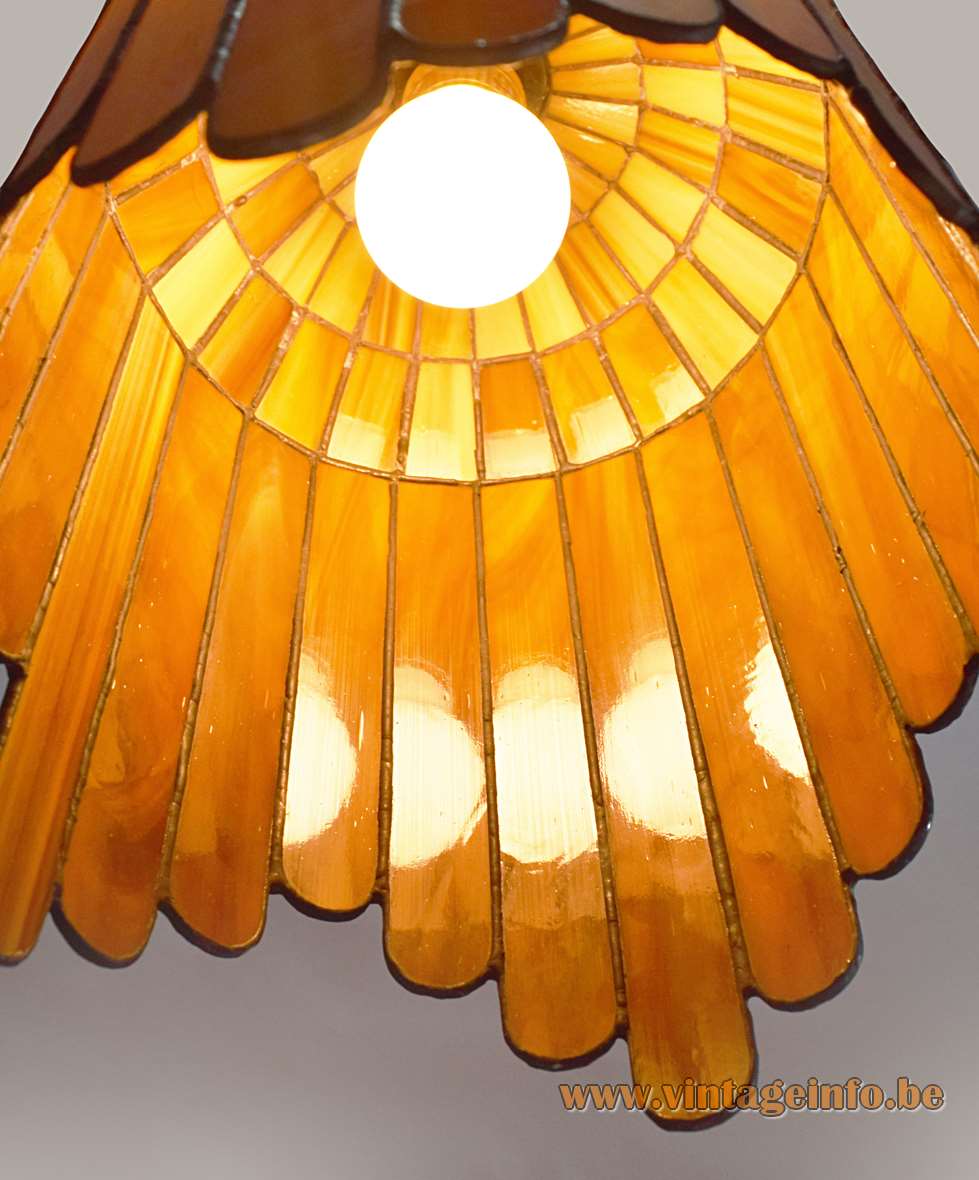 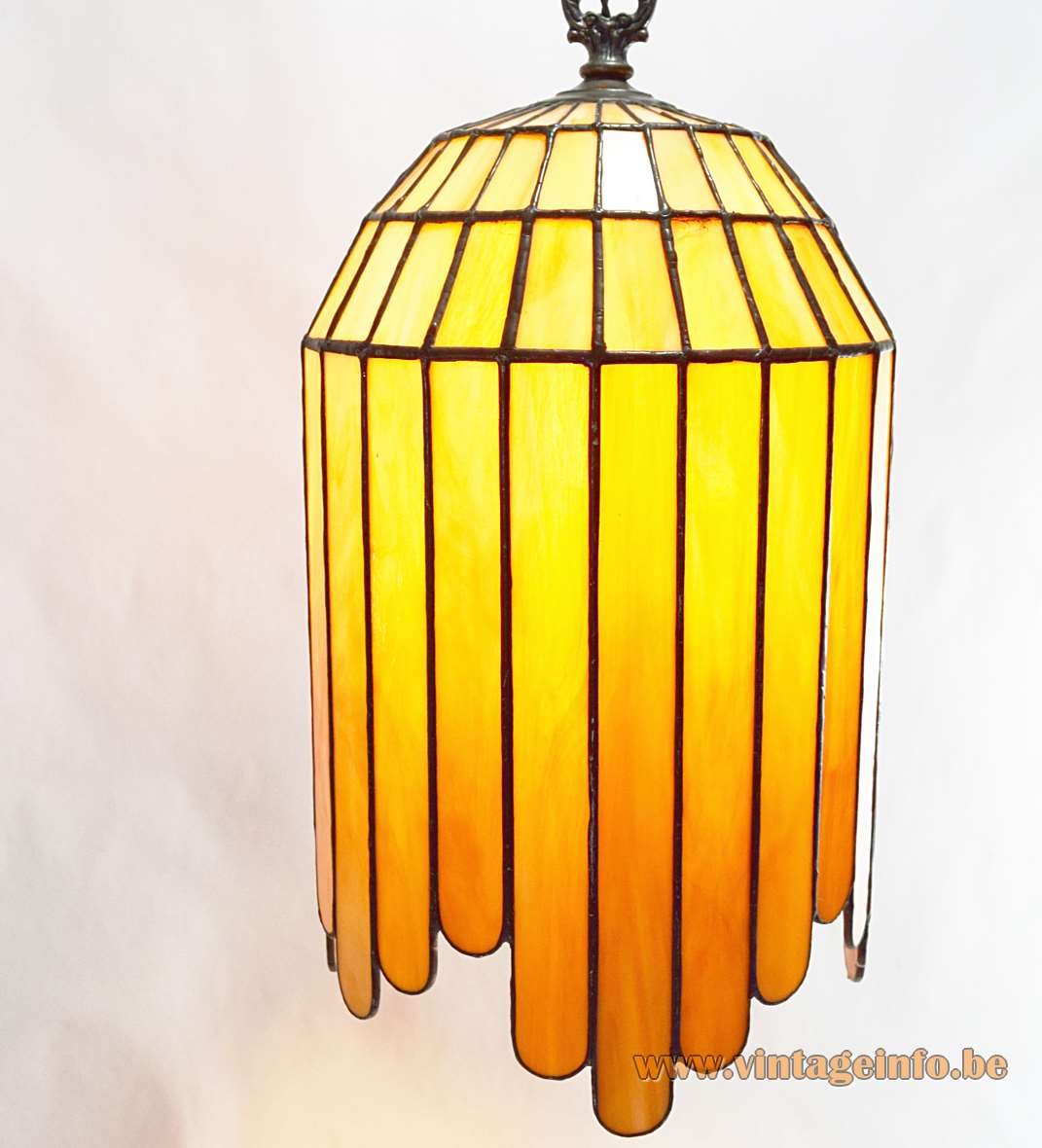 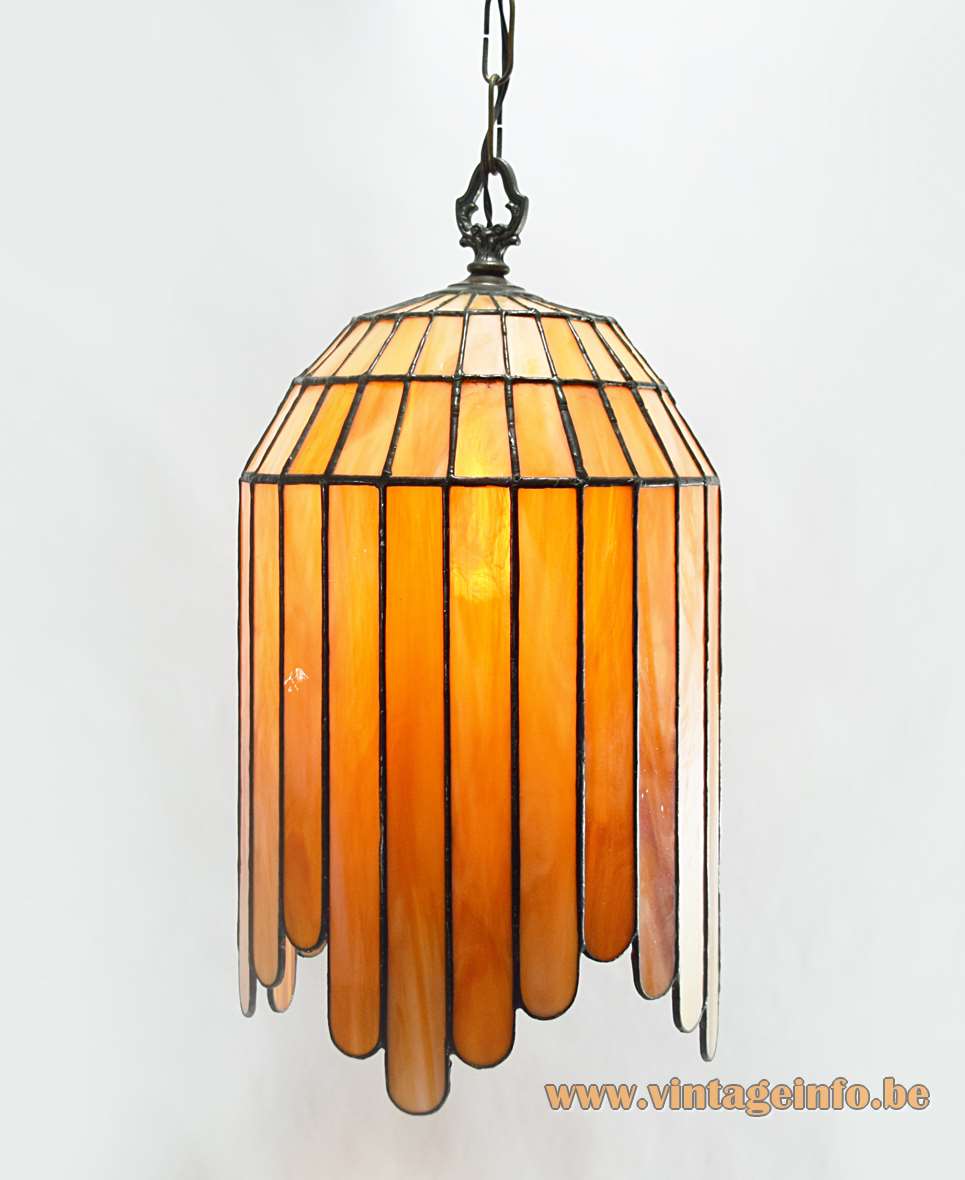 Other versions: This art deco stained glass pendant lamp exists in all probability in several colours and sizes.

This lamp is made of “tongues”, a typical style from the art deco or Bauhaus period from before World War II. The stained glass lamps however became famous in the art nouveau period that was most popular between 1890 and 1910. This lamp is a combination of both. The most well known producer of stained glass lamps was of course Tiffany & Co. from New York, USA.