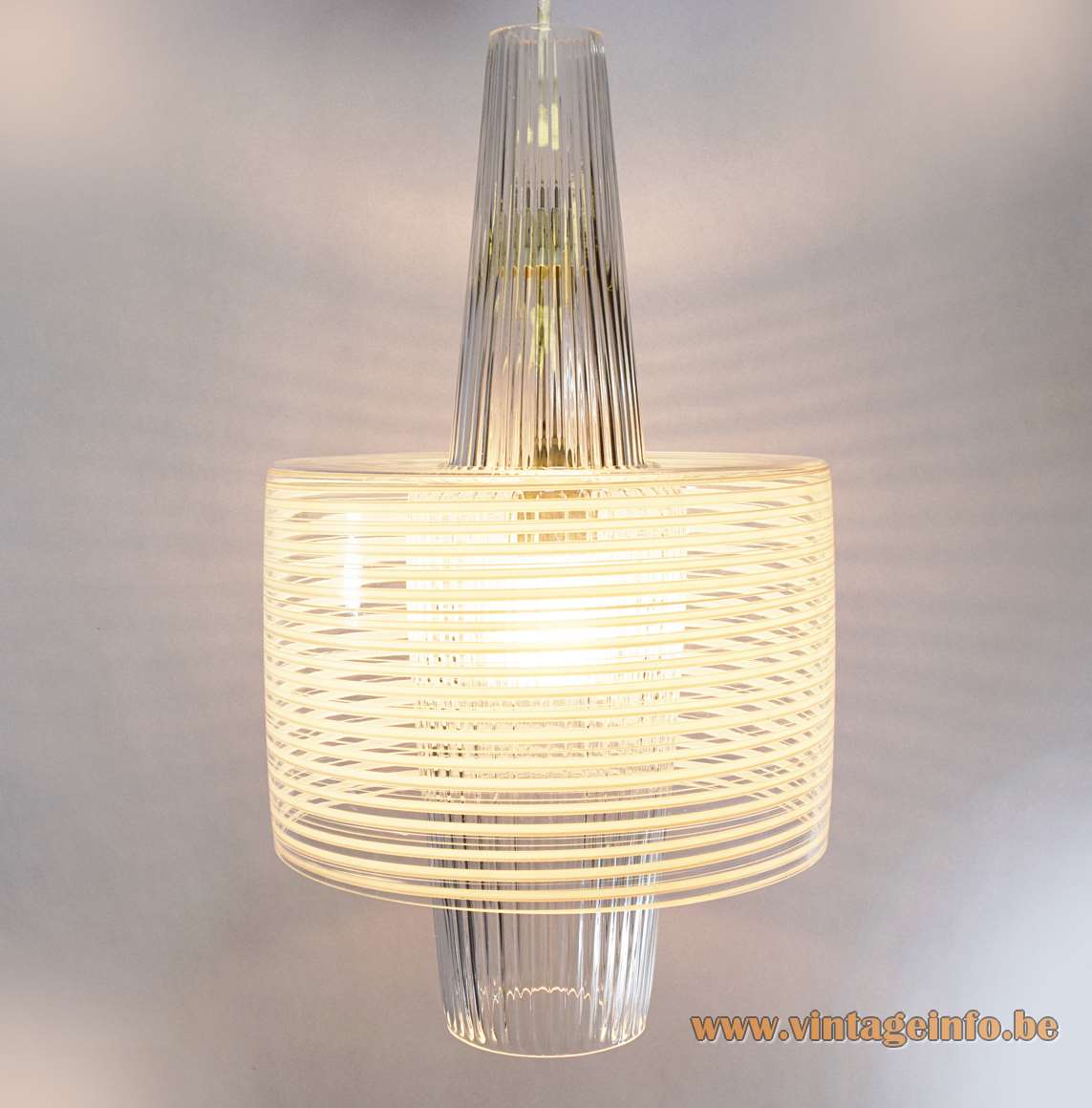 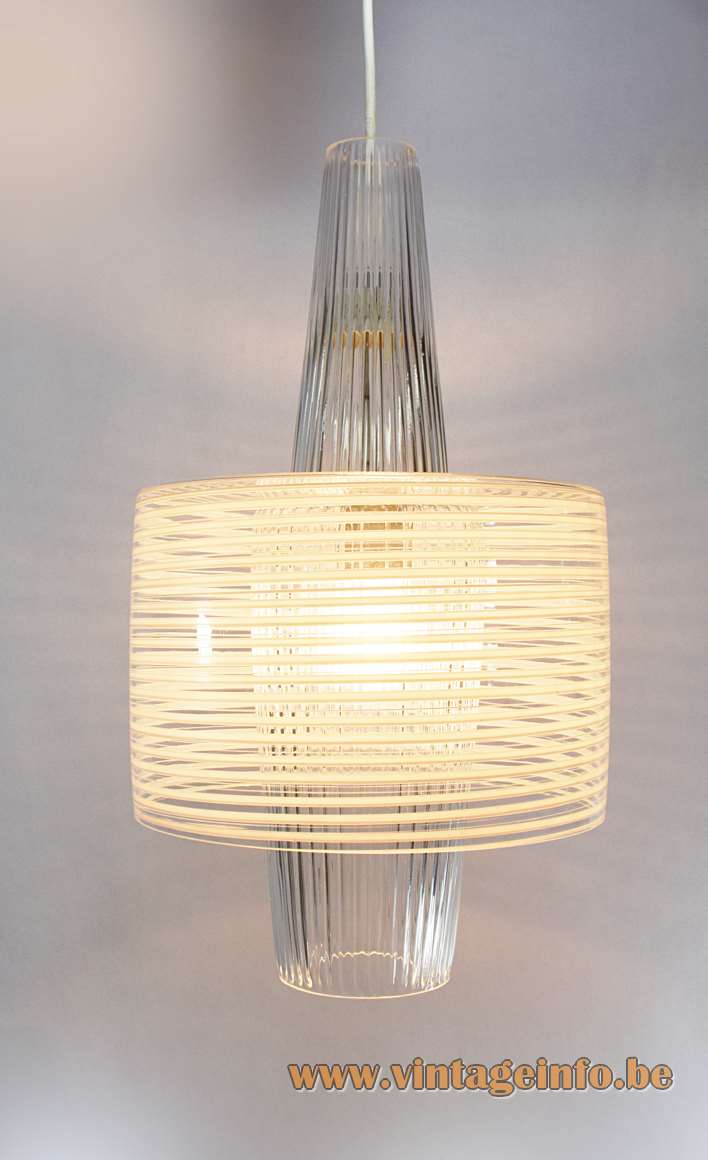 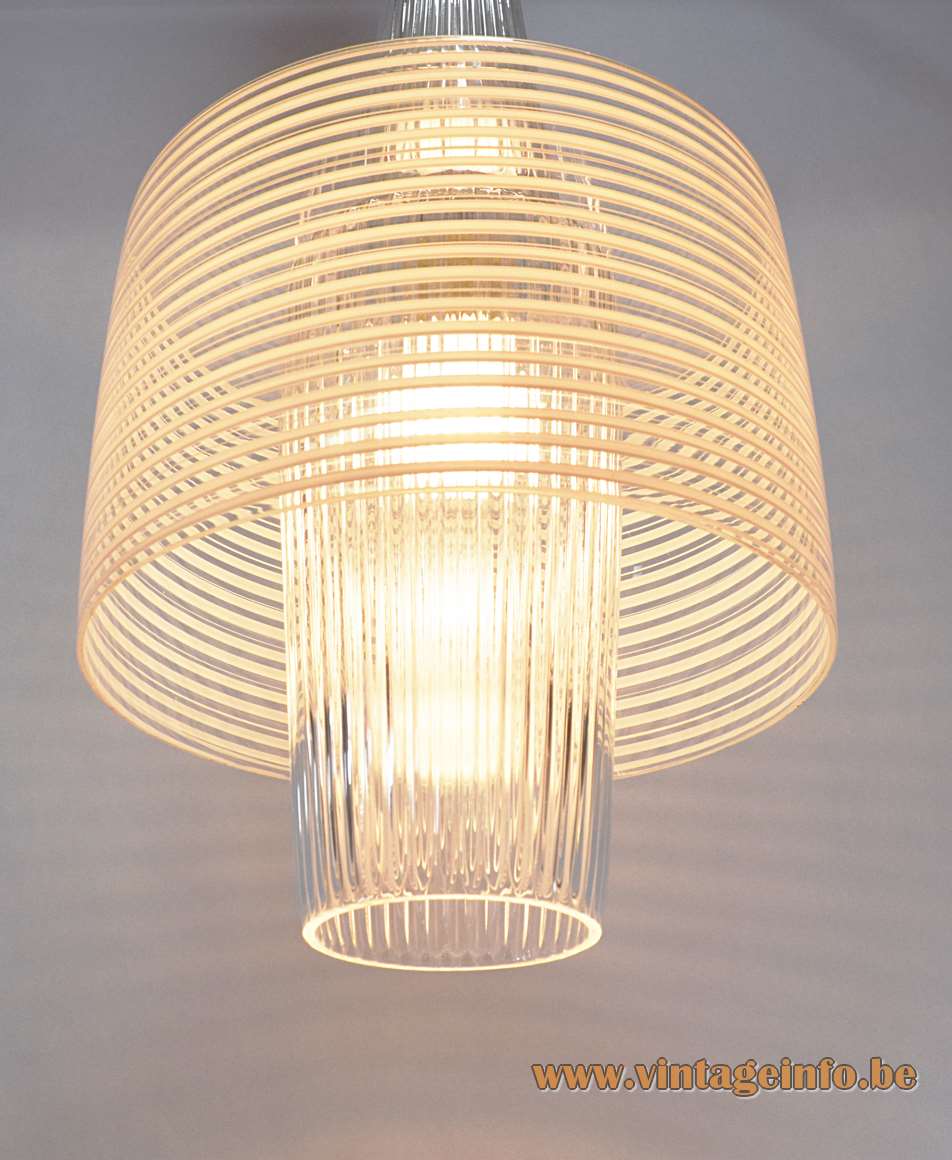 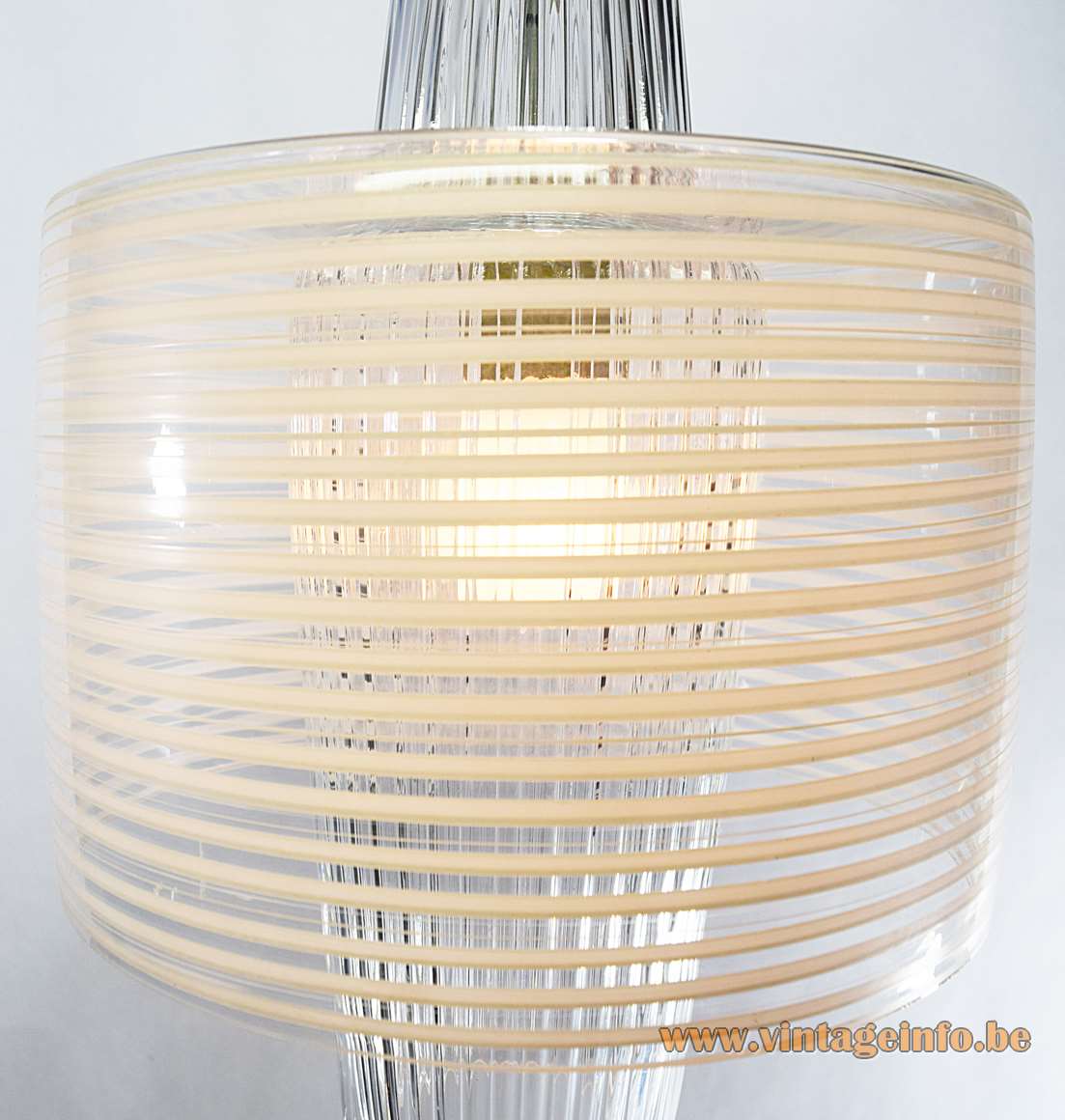 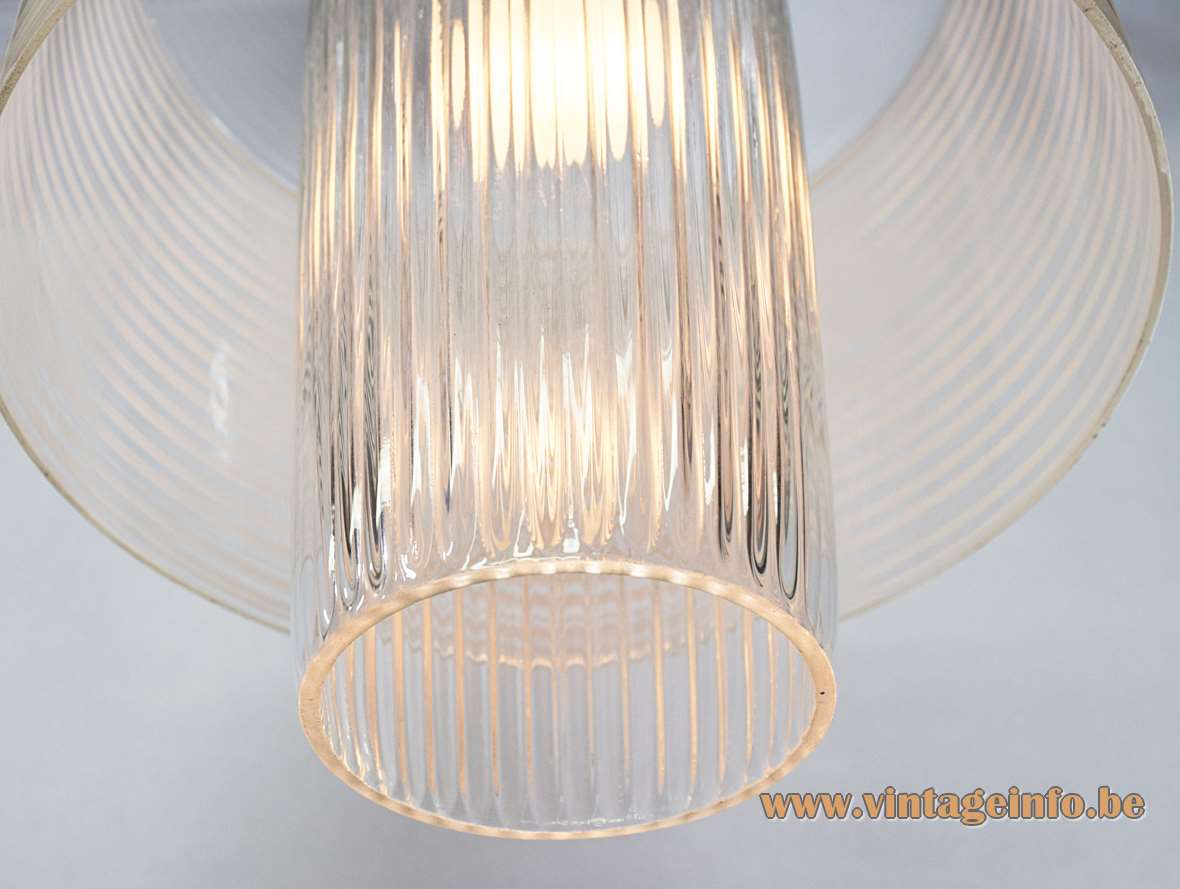 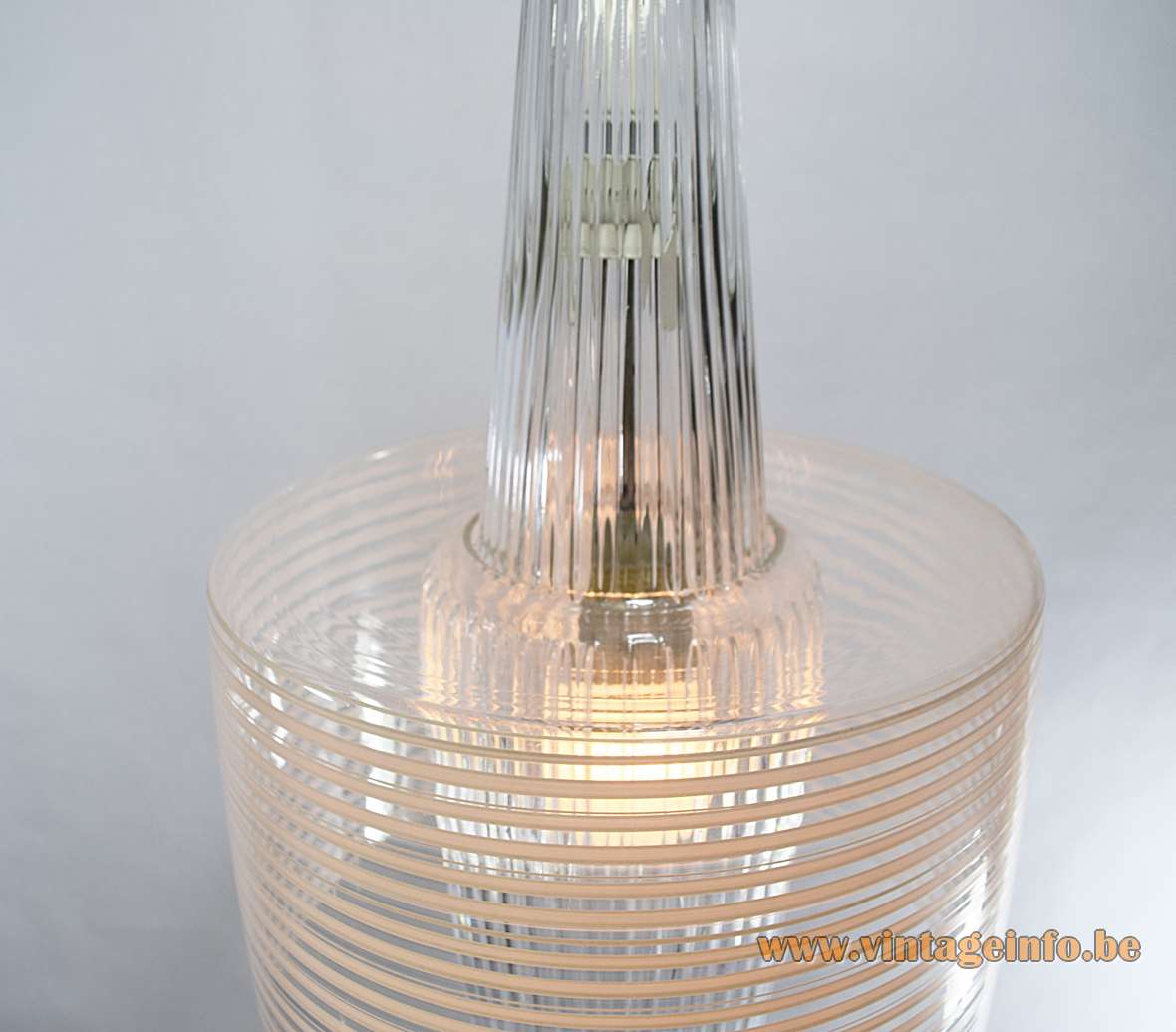 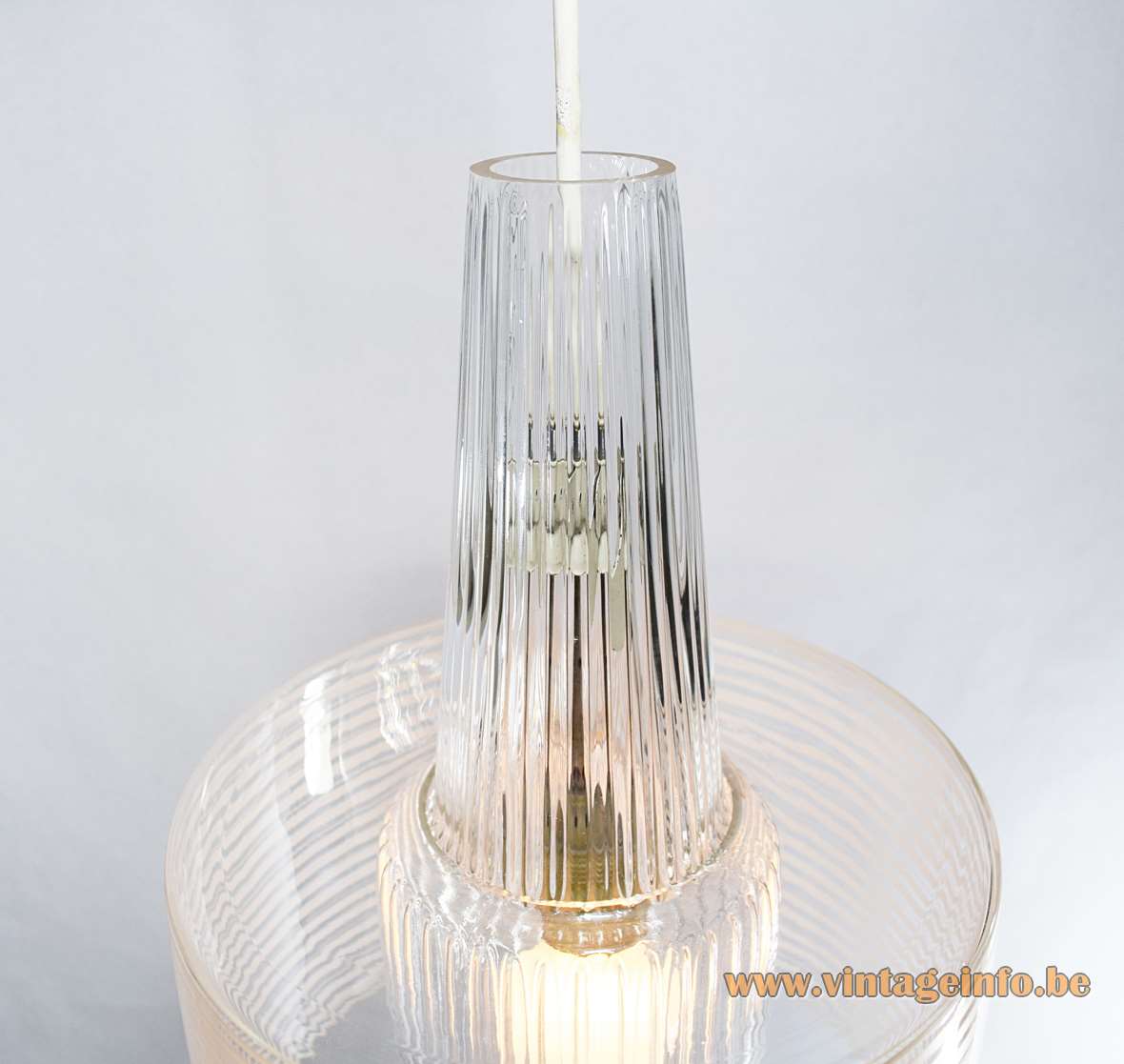 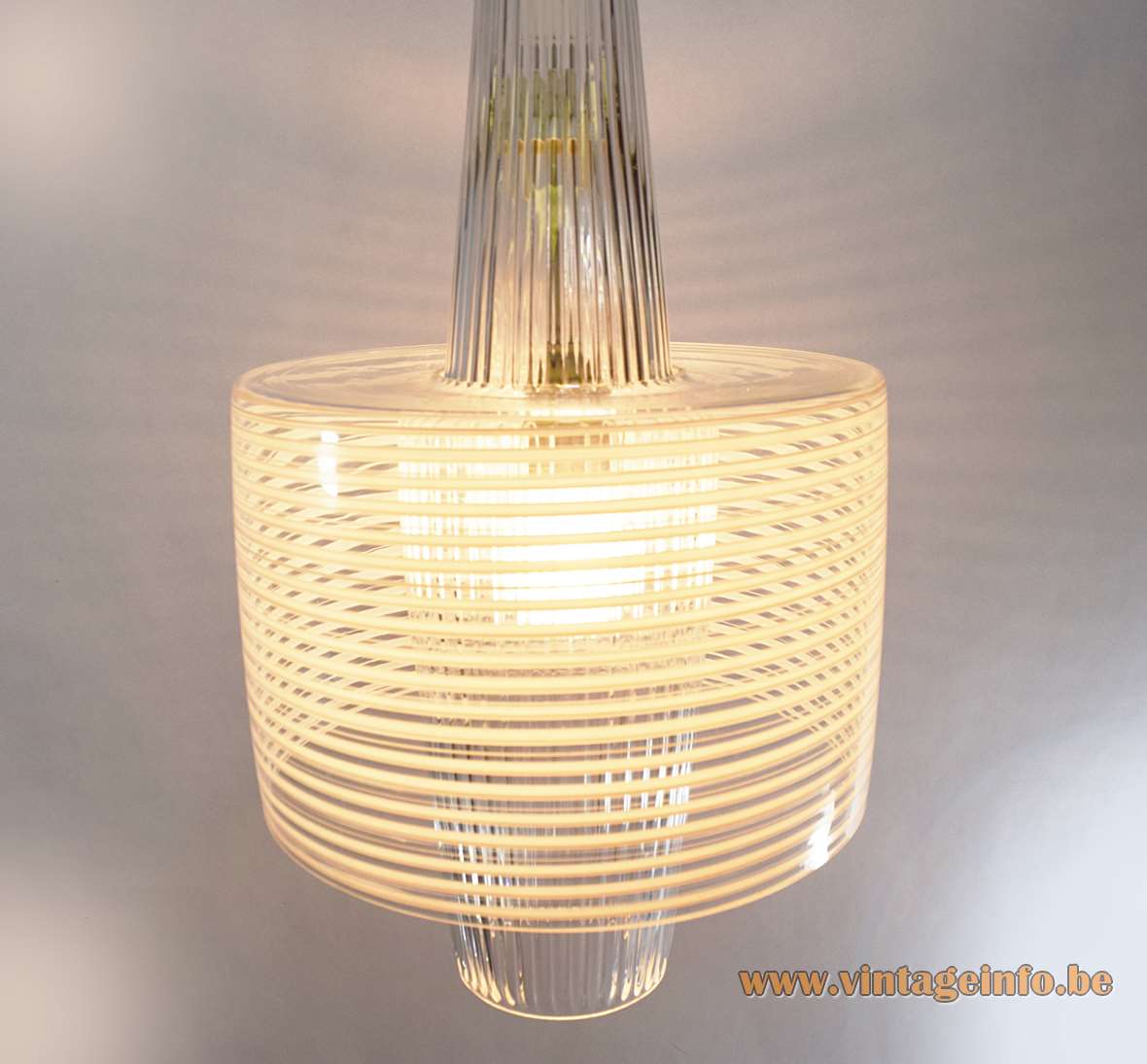 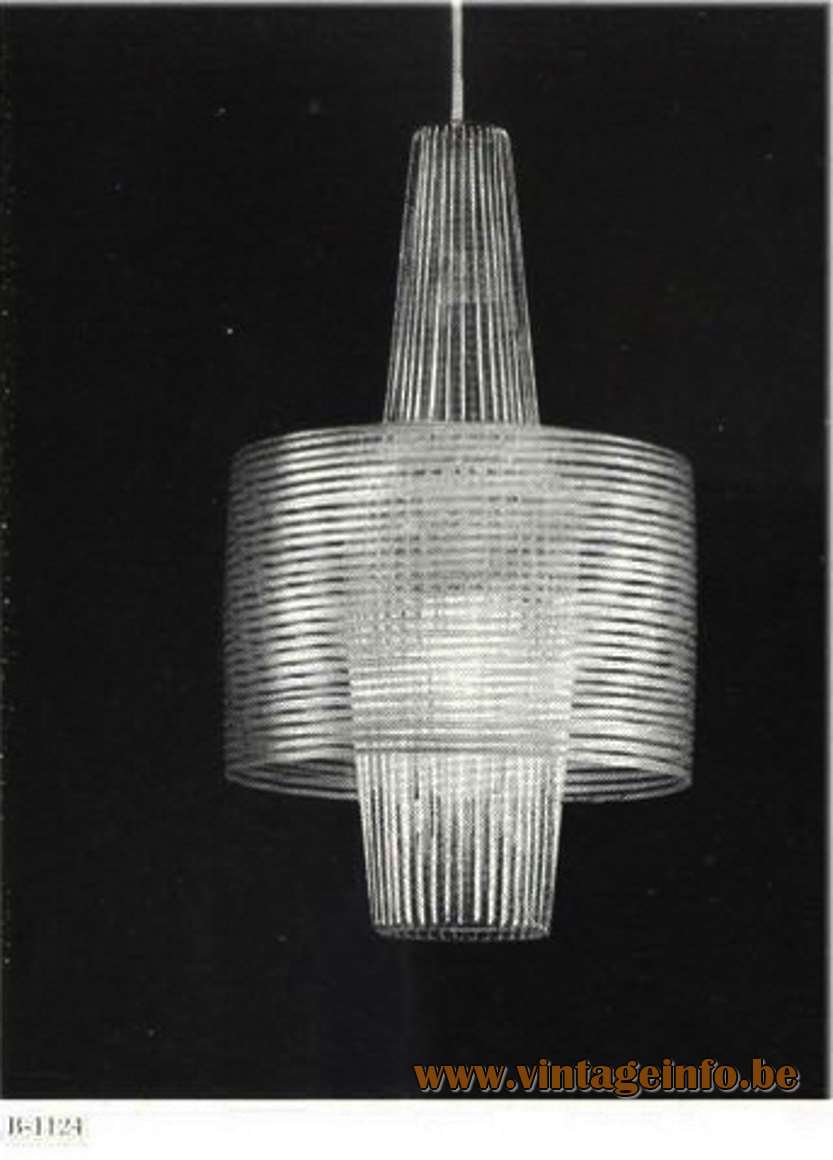 Manufacturer: Made and sold by Peill + Putzler in Düren, Germany and also produced for Raak, Amsterdam, The Netherlands, Parscot, Paris, France and the Swedish company Lilux Belysning AB. Probably also made for some other companies.

Other versions: Also sold without the hood. In that case the name is Pisa. Made in clear, opal white and smoked glass.

Aloys Ferdinand Gangkofner was born in Reichenberg, Germany in 1920. He studied at the Staatliche Fachschule für Glasindustrie (State Technical College for the Glass Industry) in Zwiesel from 1934 until 1935. He worked as a freelancer for Peill + Putzler from 1953 until 1958. Several of his designs were also sold by Raak Amsterdam, always produced by Peill + Putzler.

Later he started to work as an independent for, among others, the ERCO lighting company, also from Germany. Gangkofner also designed lamps in the 1960s for Reininghaus & Co from Lüdenscheid, Germany which won several iFdesign awards. He died in Munich (München), Germany in 2003.

In the 1950’s 1500 people were working for the company. They also produced glass for other light companies in Europe, such as Raak, Amsterdam, The Netherlands, Parscot, France and Massive from Belgium.

The Dutch company Raak was founded in 1954 by Carel O. Lockhorn (18 June 1923 – 6 October 2004), a previous employee of Philips from Eindhoven. Raak, which means “to hit” in Dutch, implies design which precisely “hits the nail on the head”.

Raak is best known for their organic modern design of the 1960s and 1970’s which combined glass & metals for a sophisticated futuristic style.

Raak also collaborated with other companies. They worked with the German Peill + Putzler for the Raak Globe lamps. Peill + Putzler produced the glass. They also sold lamps made by Peill + Putzler, such as this pendant lamp designed by Aloys Ferdinand Gangkofner. For the Raak Discus the glass was made by Bega, also a German company. For the Stalactites flush mounts a cooperation with the Belgian Val Saint Lambert was undertaken in the late 1950’s. Raak also sold some lamps that were produced by Staff Leuchten (Staff & Schwarz Leuchtenwerke GMBH) from Germany,  and several other companies.

Carel Lockhorn sold the company in 1974 to ITT but remained a director until 1977. In 1980 Raak merged with BIS Lighting from Aalsmeer, also in The Netherlands and was renamed into BisRaak. In 1986 the Raak company became independent again. The company got a business appearance and only the colours white, black and grey were processed.

The Parscot company was located at 12 Rue du Moulin Vert, 75014 Paris, France. The company was founded just after World War 2 in 1945. It ended business in 1990. Parscot produced several lamps designed by René-Jean Caillette. No further information to be found.

The Swedish company Lilux Belysning AB was founded in 1962 by Bo Annell. Bo was the son of Axel Annell, who owned the Axel Annell AB Rationell Belysning company since 1932. Axel’s company develops and manufactures the first luminaires in Sweden for the new “fluorescent tubes”.

Bo started to work for his fathers company at the age of 23.

Lilux Belysning AB transfers the business and brand to Hans Agne Jakobsson AB, Markaryd in 1977. Annell Ljus + Form AB will be the new company name for Lilux and a new business will be started by Bo Annell with his sons Staffan and Tomas as partners in 1979.