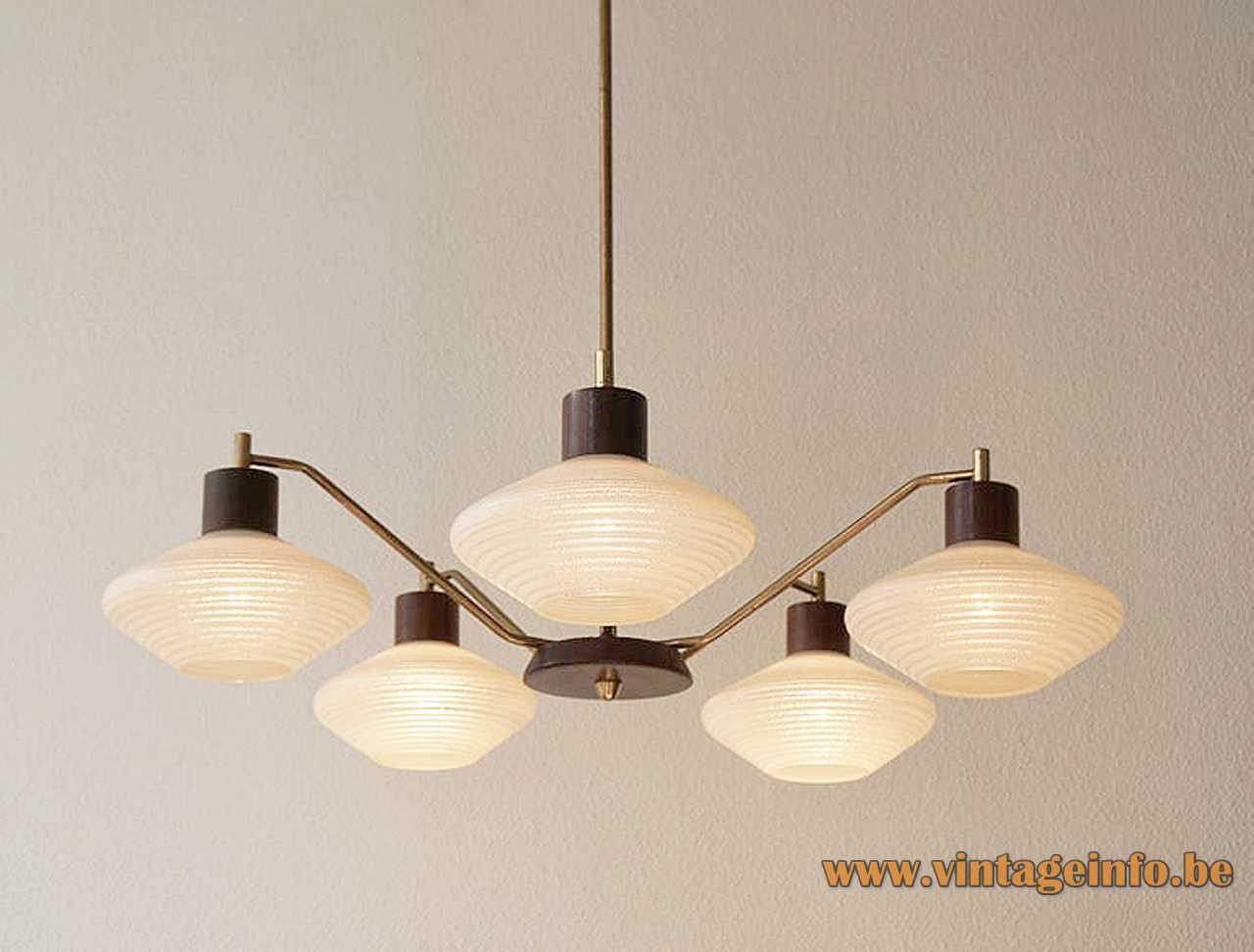 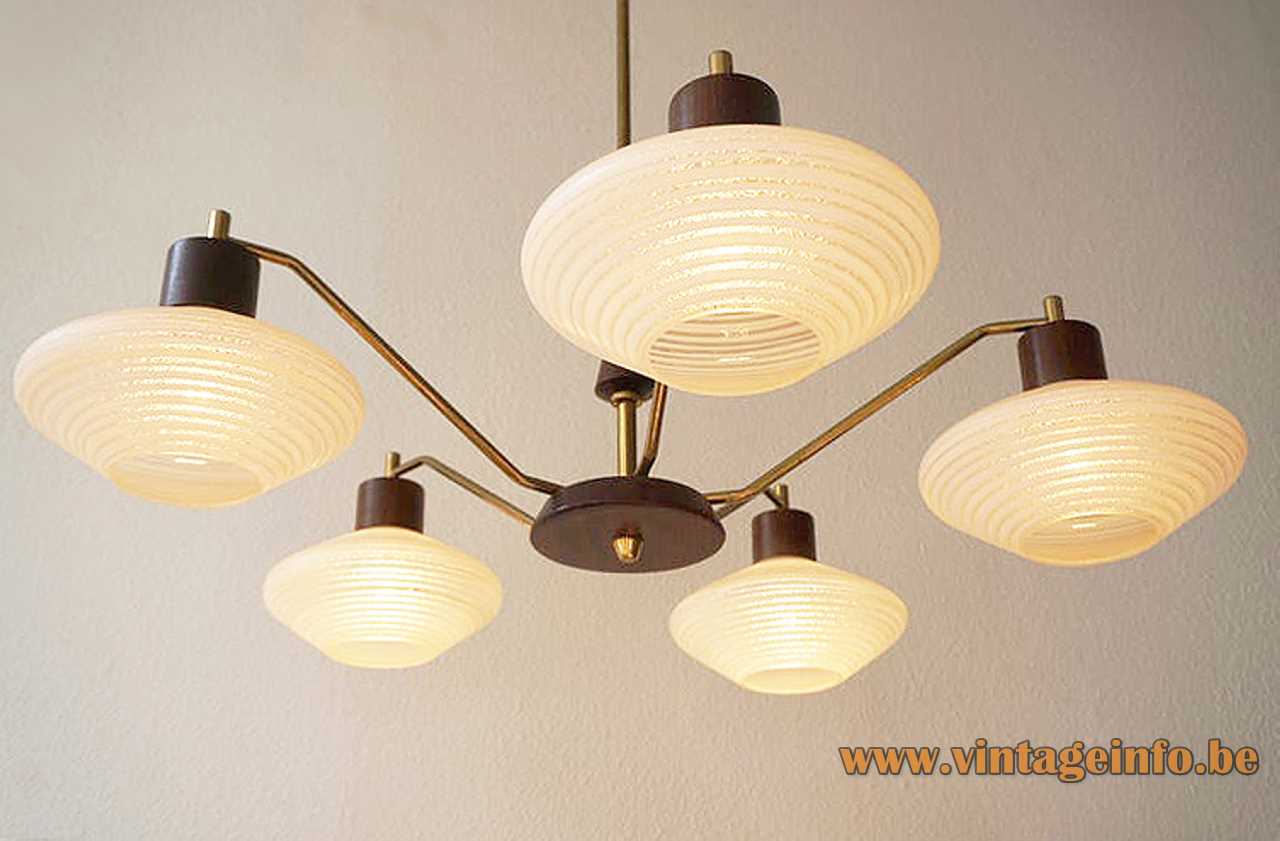 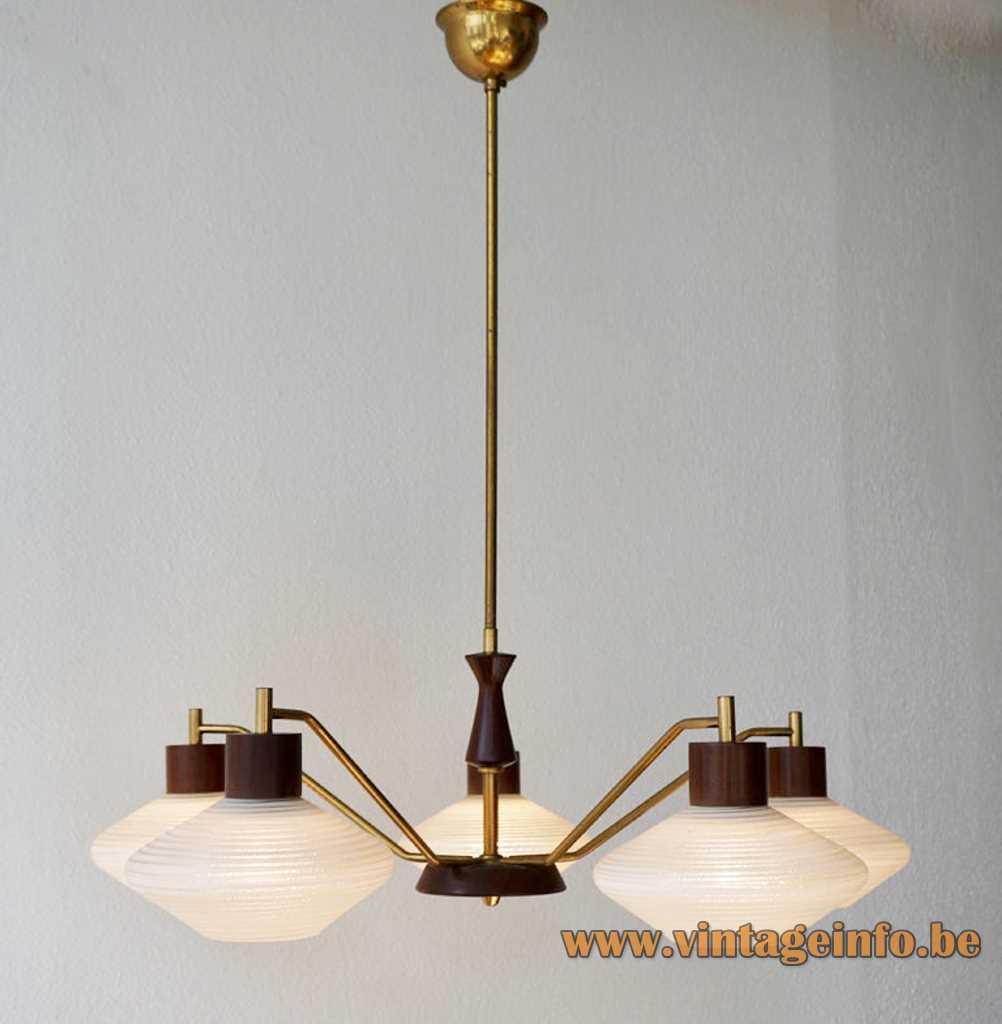 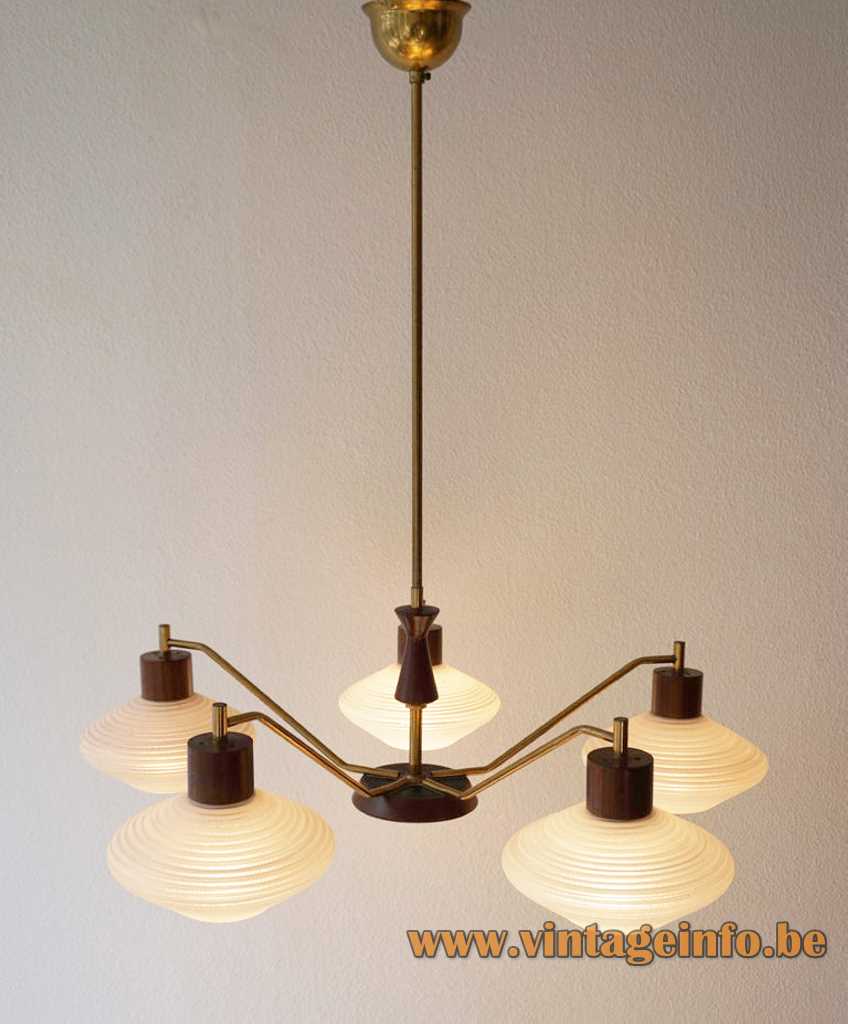 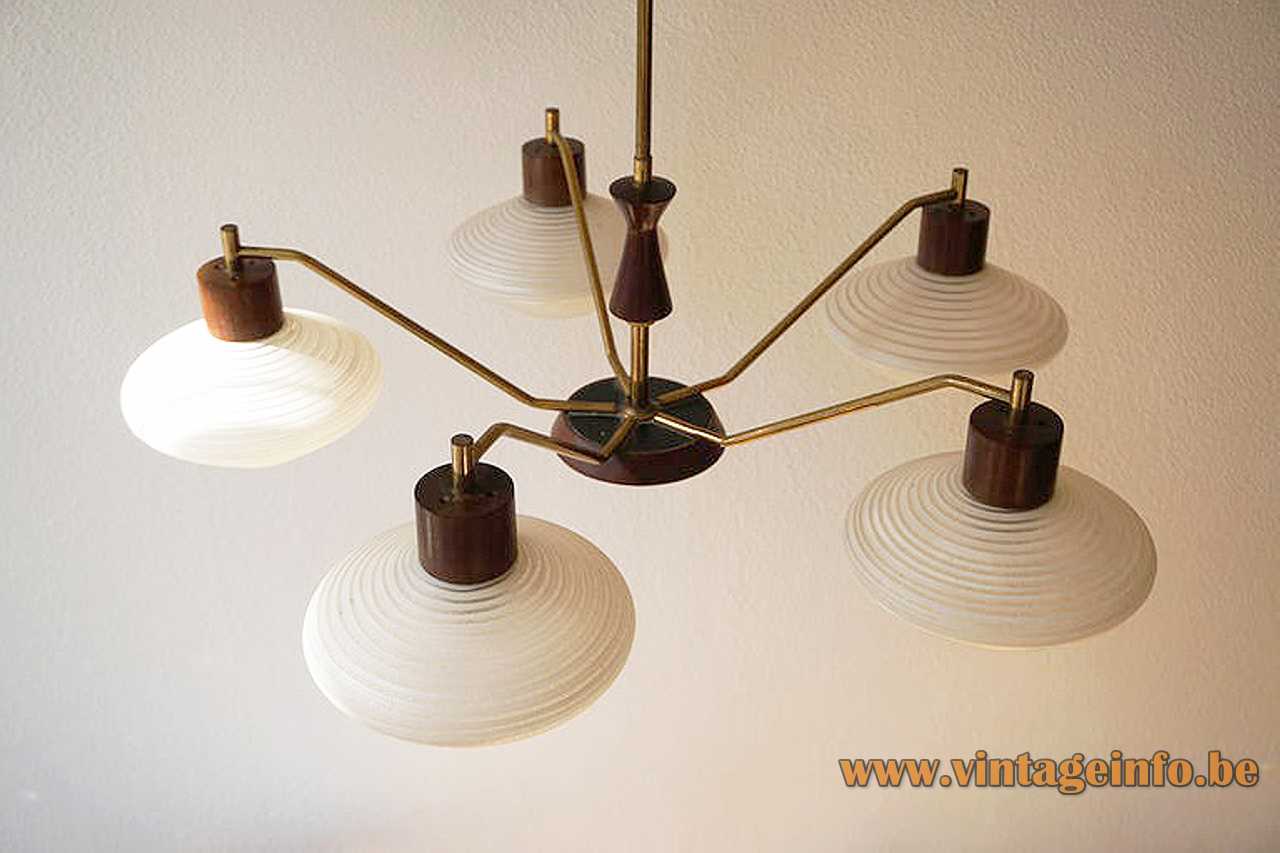 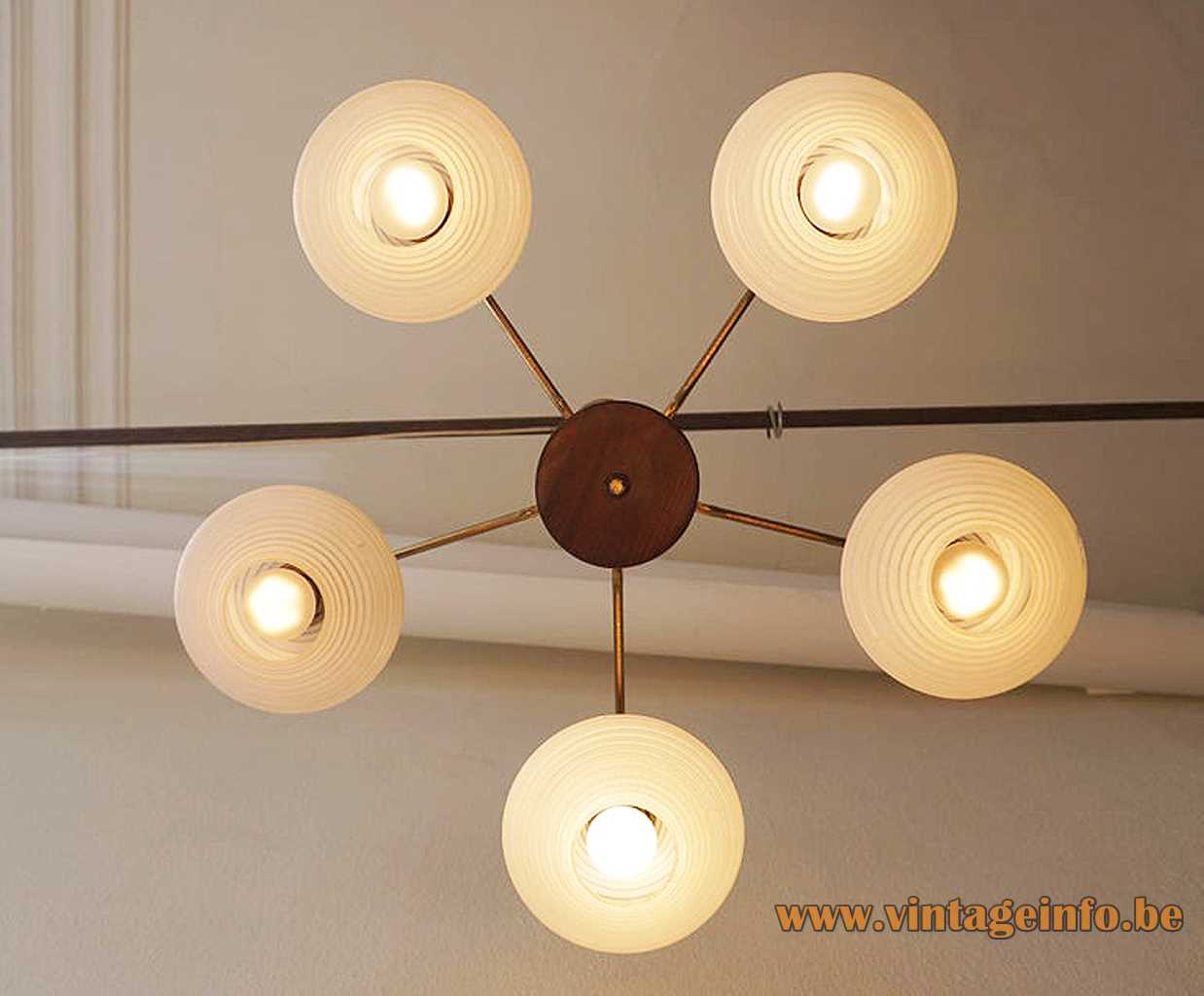 Other versions: This Massive Belgium 1960s chandelier exists with 3 lamps and pendant lamp. The glass exists in several variations. It was used for many other lamps.