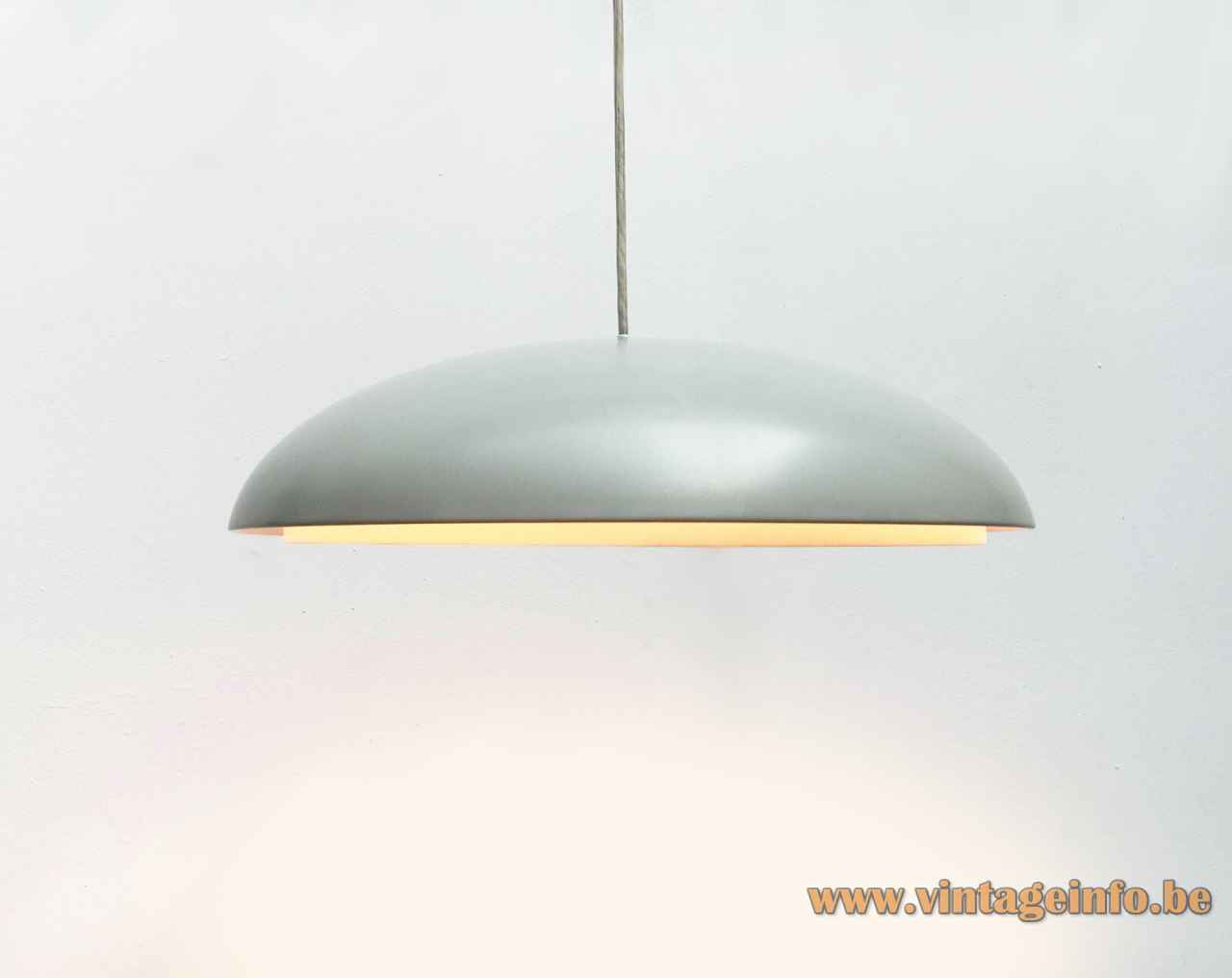 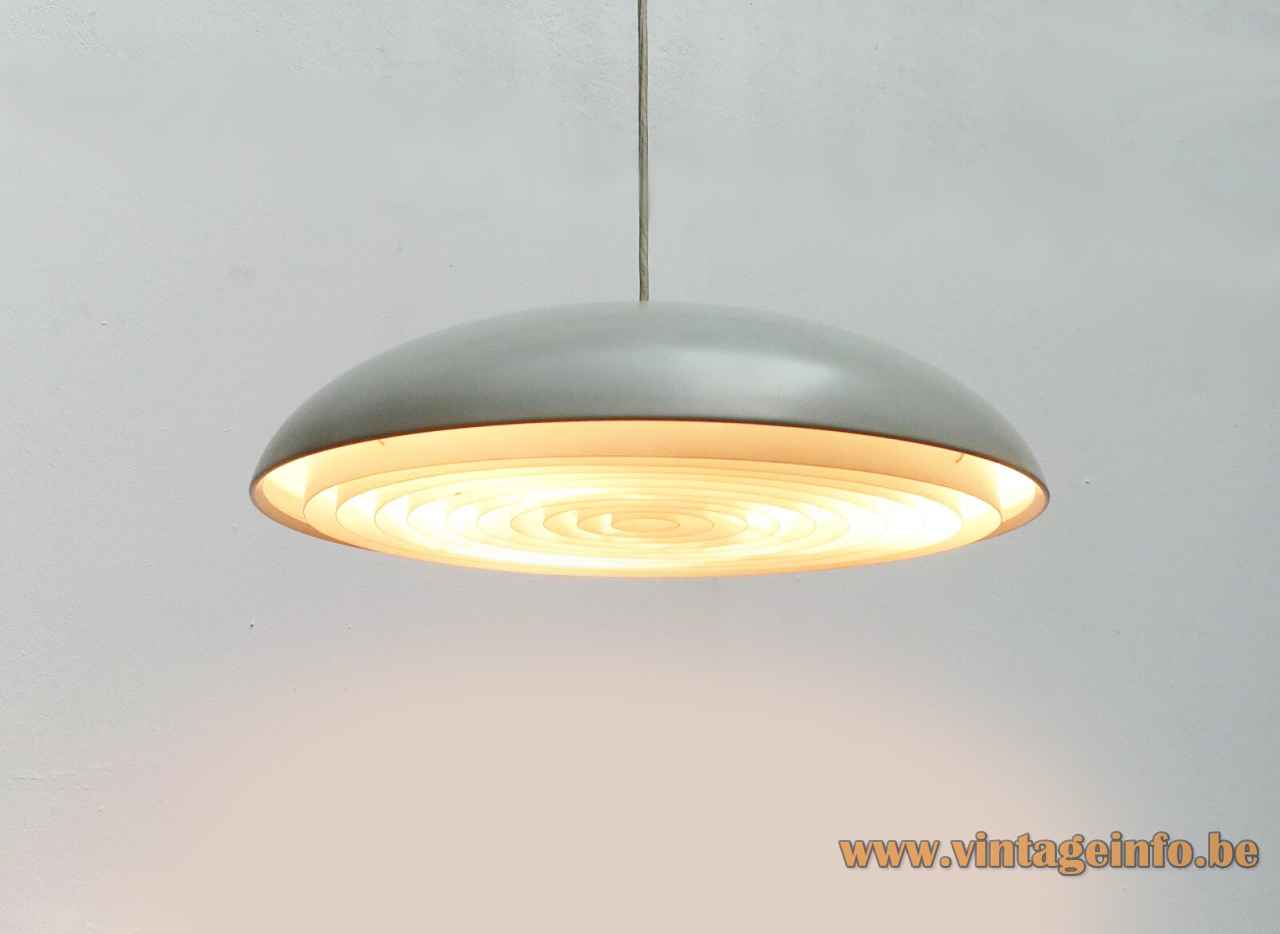 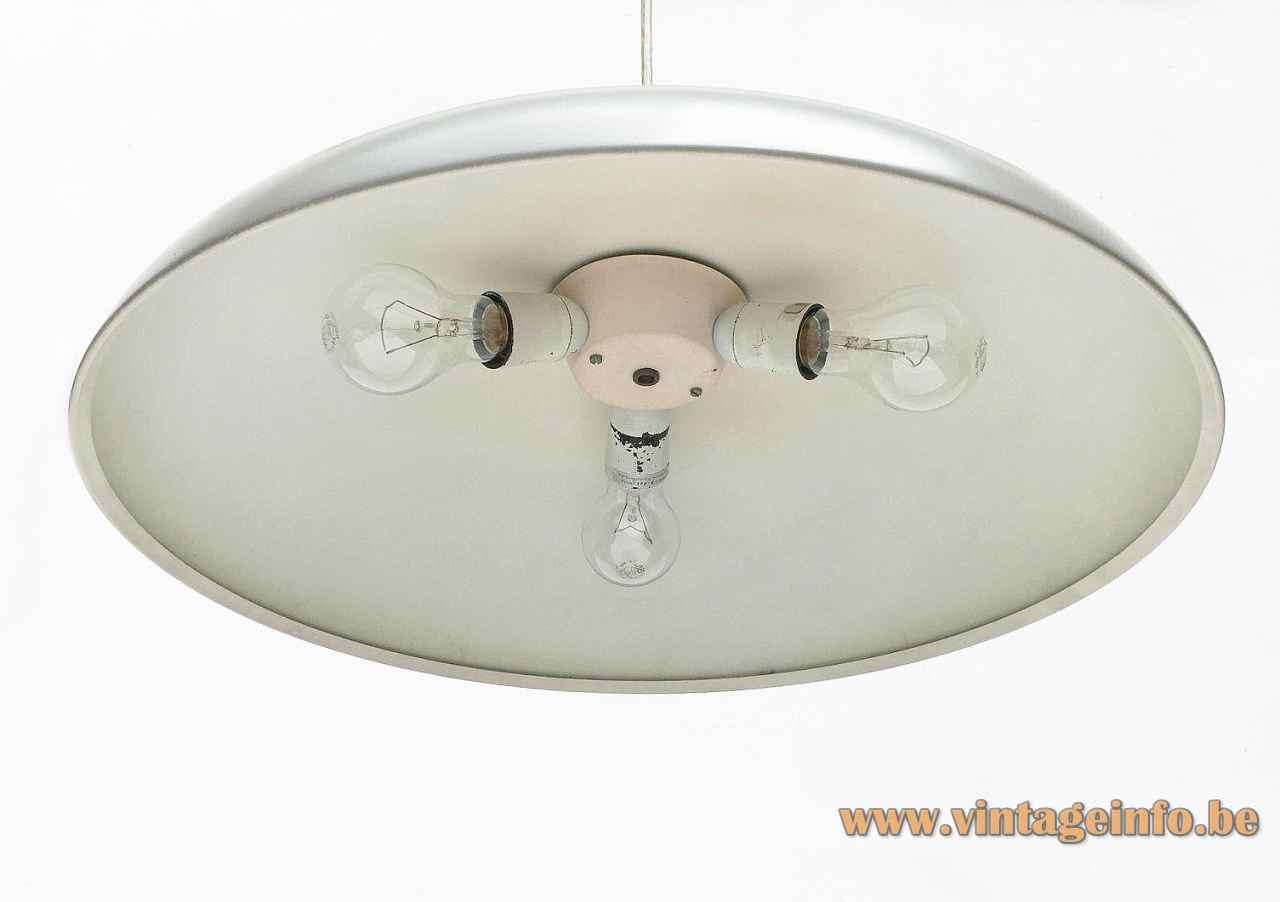 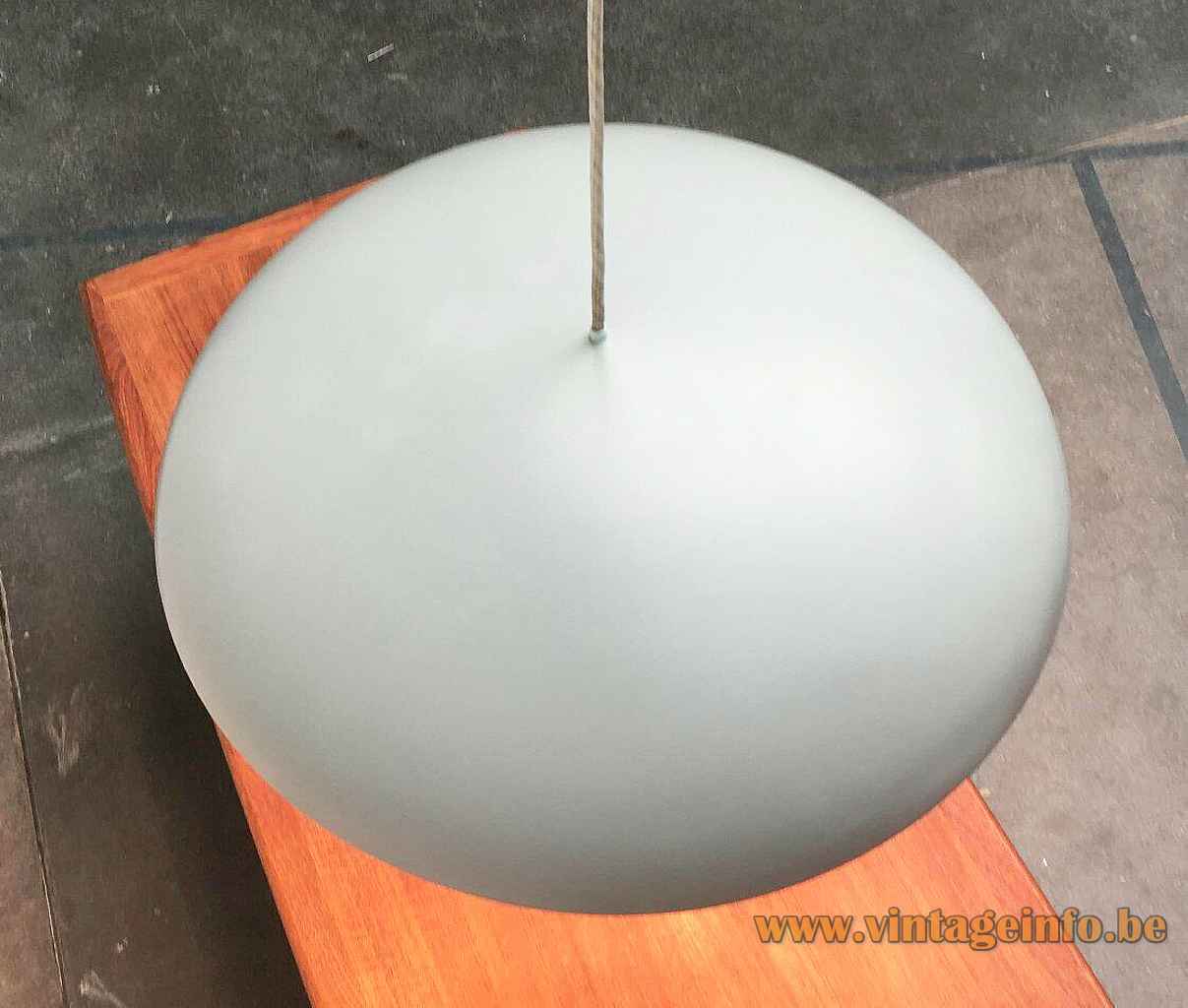 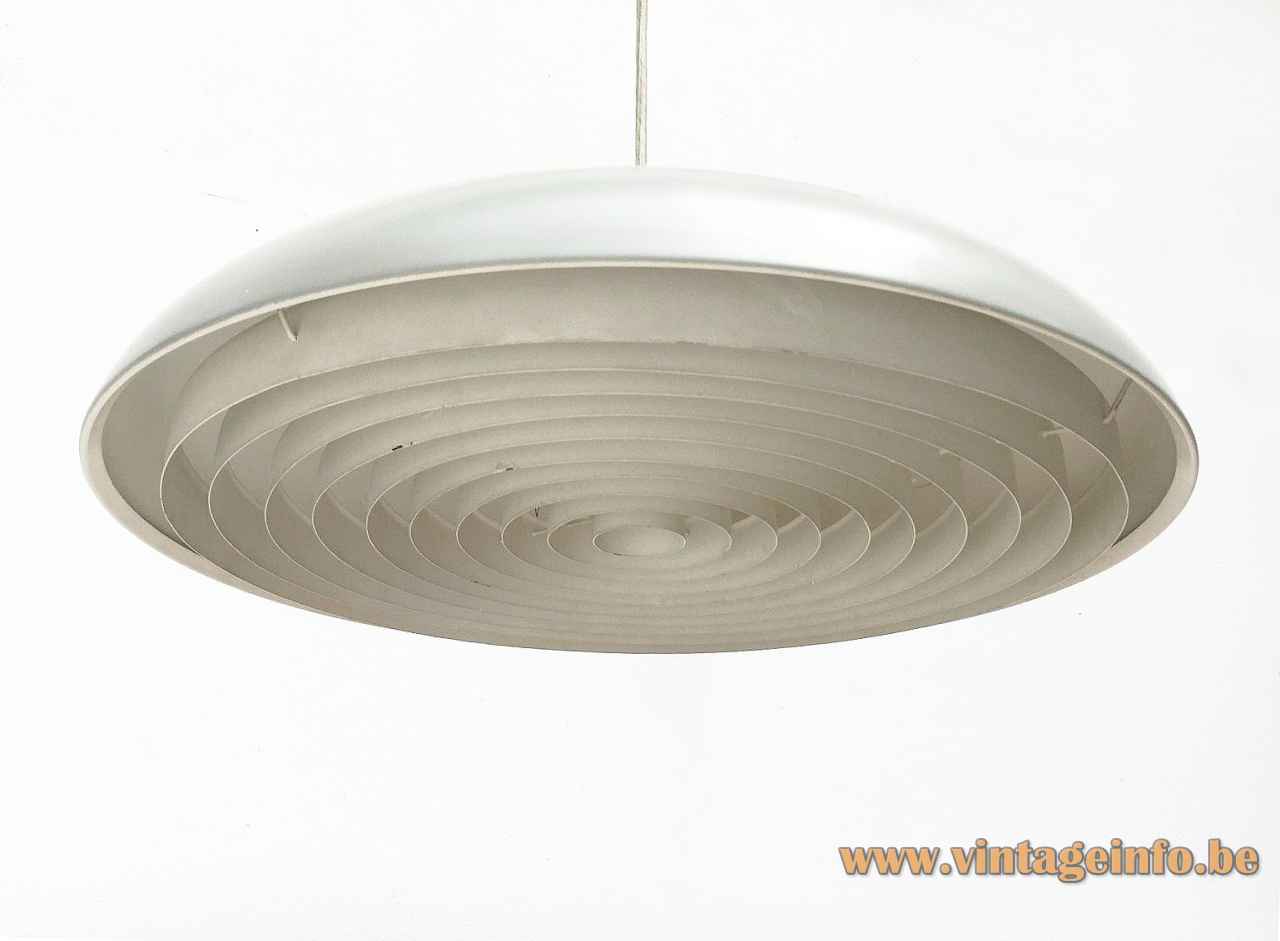 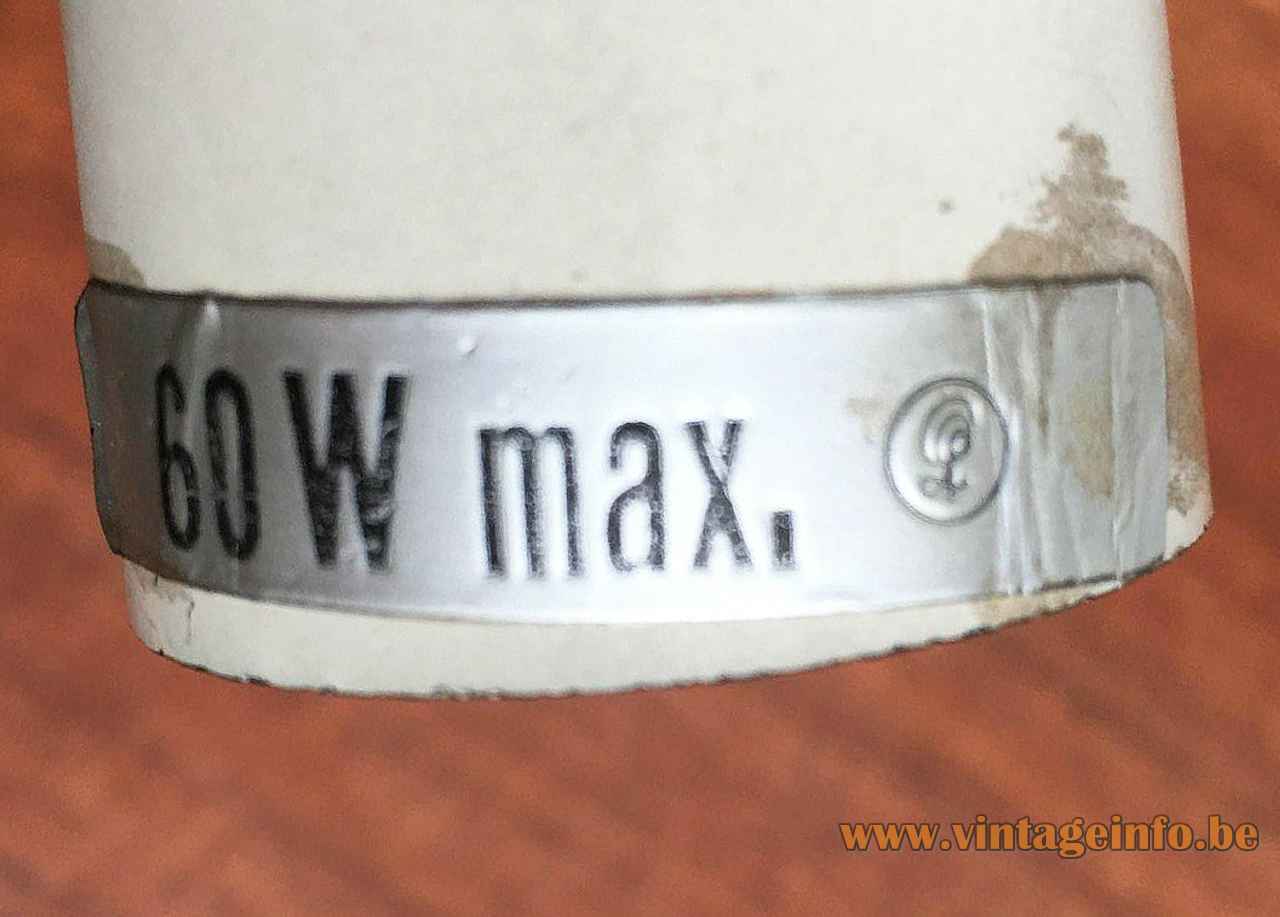 Other versions: The Louis Poulsen California pendant lamp exists in all probability in several colours.

Vilhelm Wohlert was born 27 May 1920 in Copenhagen, Denmark. Wohlert became a student in 1938 and graduated in 1944 as an architect from the Royal Danish Academy of Art (Kunstakademiets Arkitektskole) in Copenhagen.

Vilhelm Wohlert was employed by Sven Ivar Lind, Sven Markelius and Hakon Ahlberg in Stockholm, Sweden from  1946 until 1947.  In 1949 he started his own design studio together with Jørgen Bo, named Bo og Wohlert (og = and). The company became especially known for the Louisiana Museum of Modern Art in Humlebæk, Denmark, built from 1957. That’s where the Louisiana pendant lamp got its name from.

For Louis Poulsen he designed, among others: the Satellit pendant lamp in 1959, the Louisiana pendant lamp, the Magasin flush mount in 1974 and the Magnum lamp in 1995 together with Eleni Birkner.

Wohlert was also a professor at the University of California in Berkeley, USA from 1951 until 1953. And from 1968 until 1986 at the Royal Danish Academy of Fine Arts in Copenhagen. Vilhelm Wohlert passed away 10 May 2007.

Jørgen Bo, born 8 April 1919 was a Danish architect and professor at the Royal Danish Academy of Fine Arts in Copenhagen. He passed away 9 July 1999.