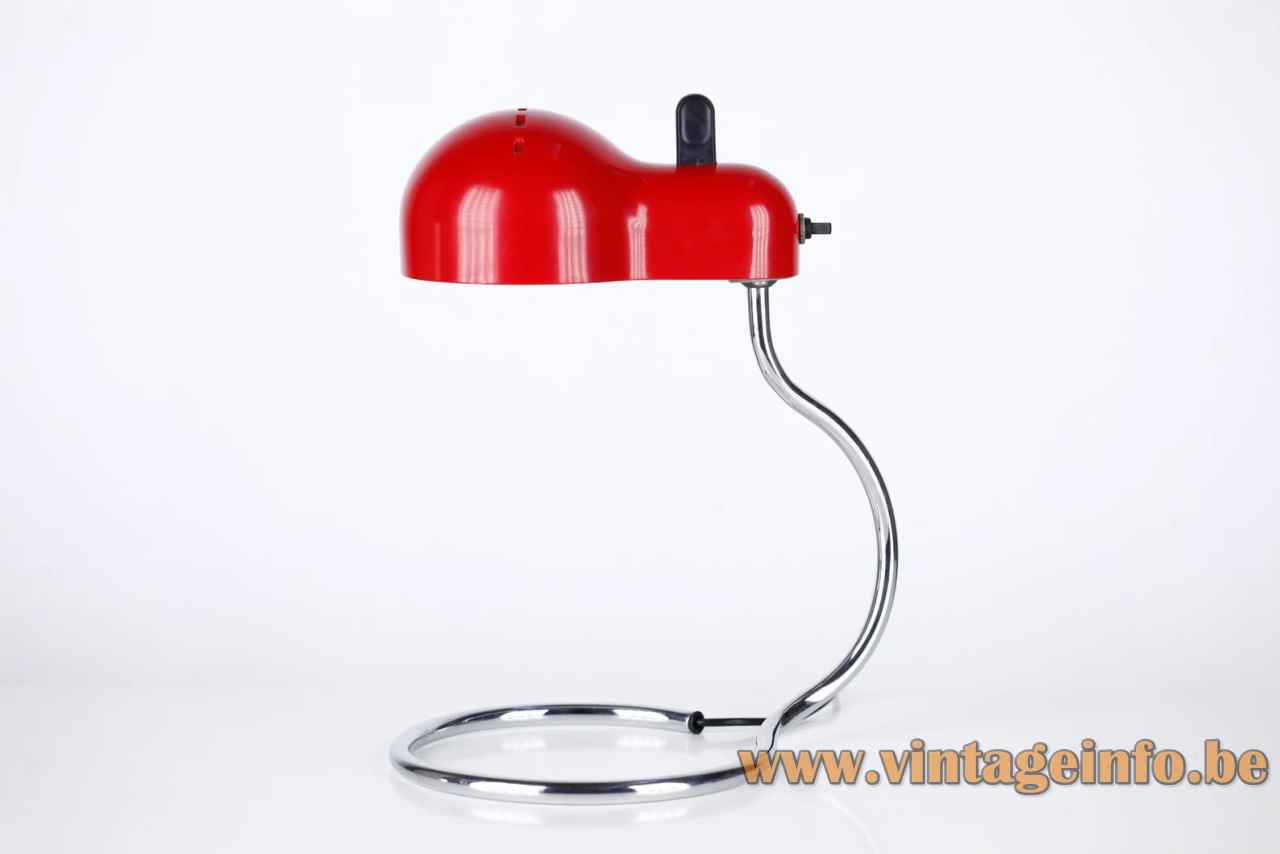 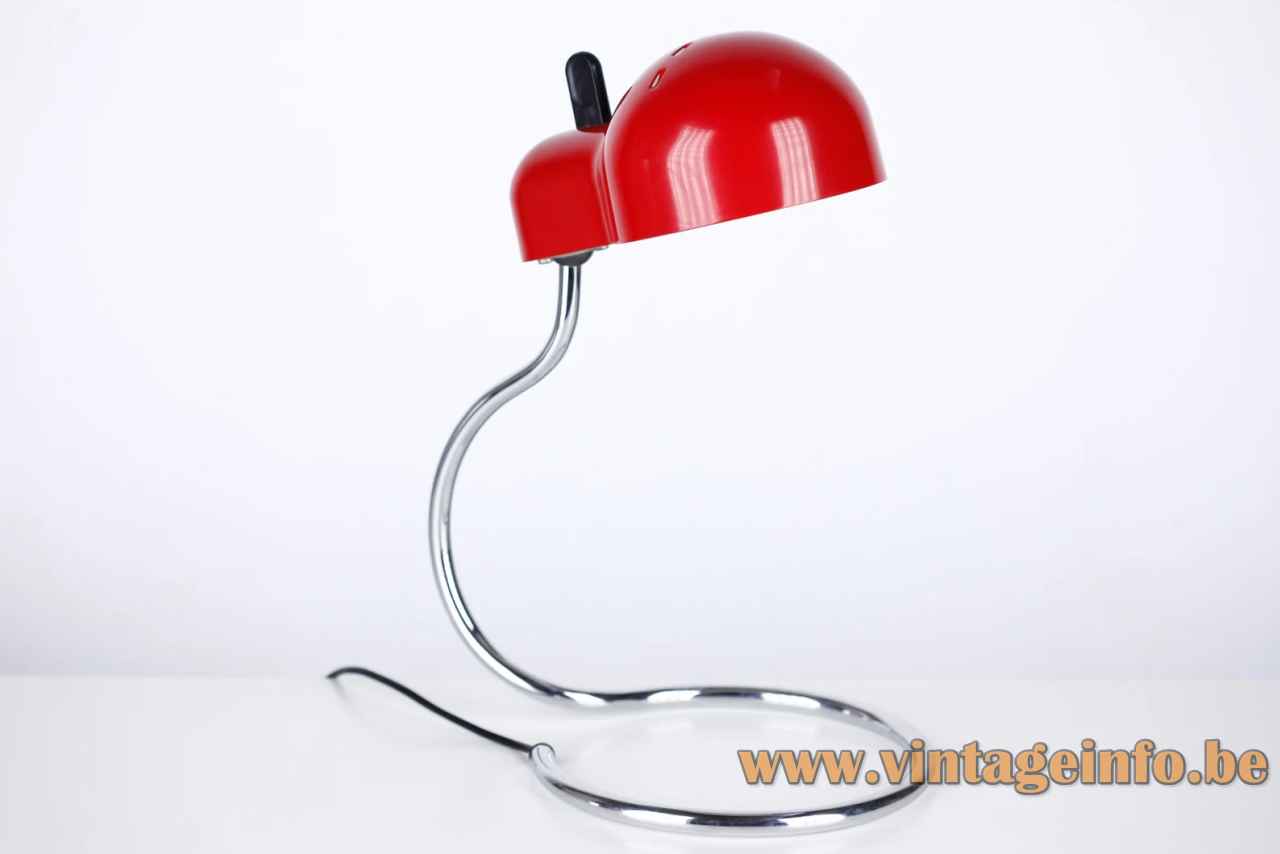 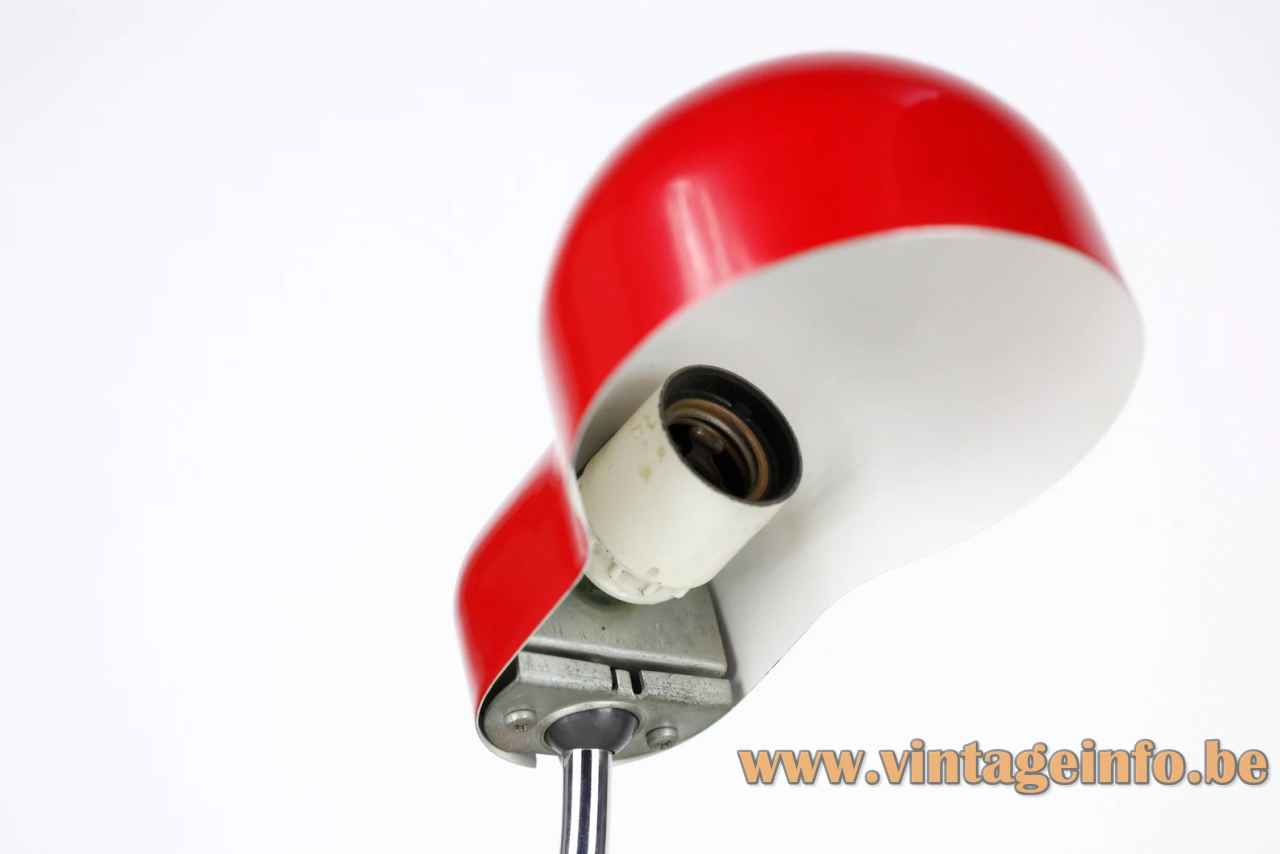 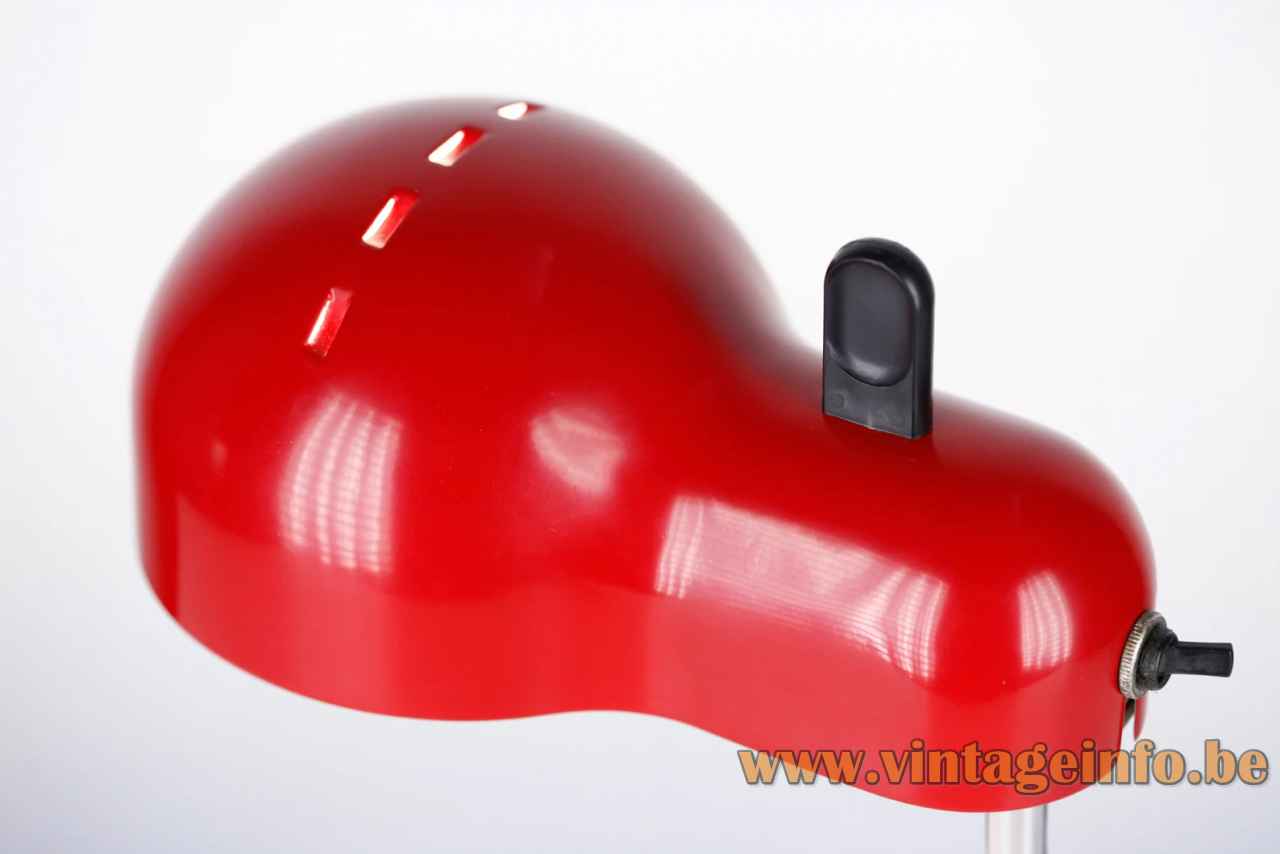 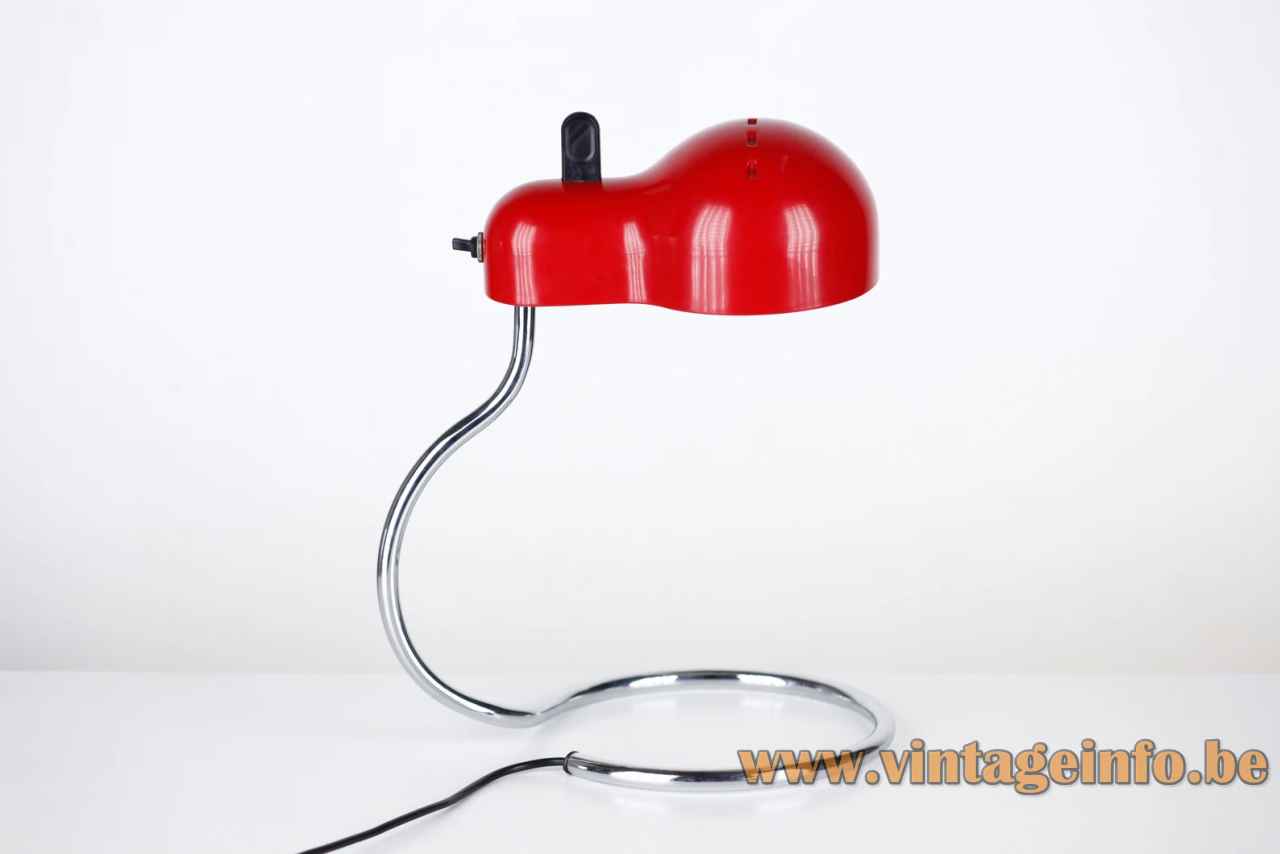 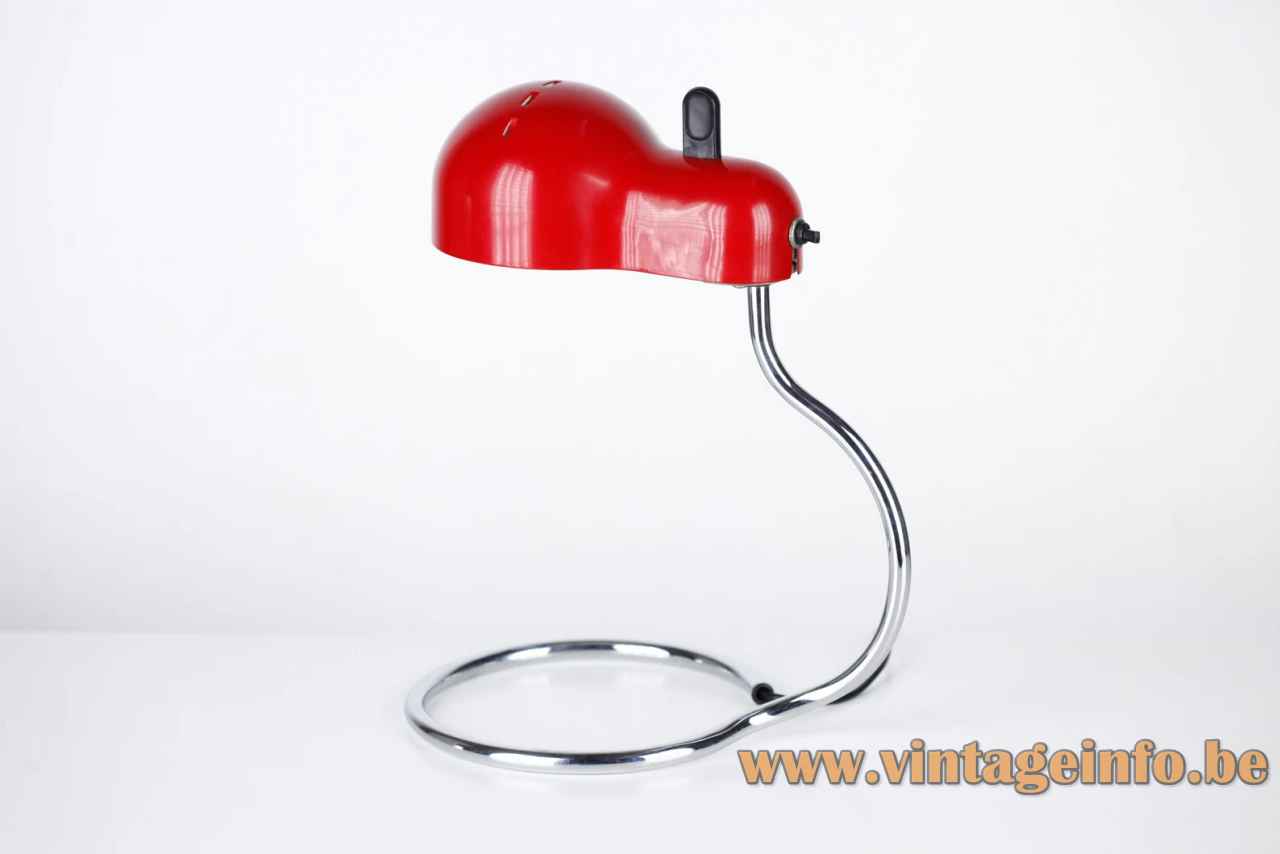 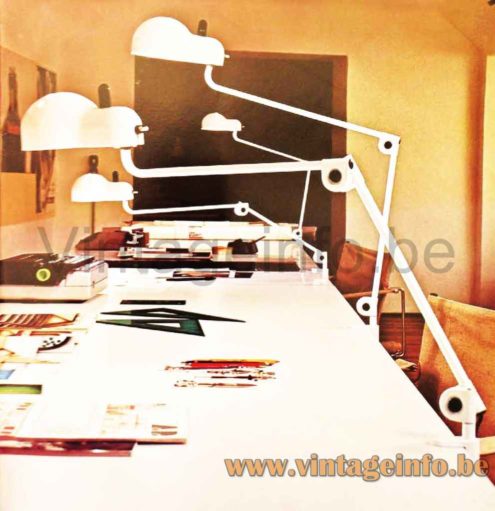 The Minitopo or Topolino in the MoMA museum New York

Other versions: This Joe Colombo Minitopo table lamp exists in several colours. It was produced in slight variations and sizes over the year. Made with a stamped label in the metal of the lampshade and made with a glued label. Probably because other companies also sold the Topo series. This one was sold by Tramo, Spain. Tramo sold several Stilnovo lamps.

Today (2021) new versions are for sale via the Stilnovo website.

A Joe Colombo Topo clamp lamp was used as a prop in the French TV series Dix Pour Cent (10%). English title: Call My Agent. In this episode, season 3, episode 2 from 2018, the guest star is Monica Bellucci. 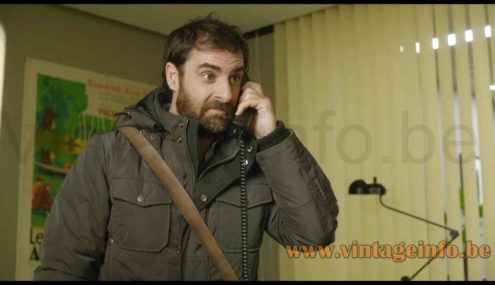 A few years later, a Joe Colombo Topo table lamp was used as a prop in the French TV series Dix Pour Cent (10%). English title: Call My Agent. In this episode, season 4, episode 1 from 2020, the guest stars are Charlotte Gainsbourg and Mimie Mathy. 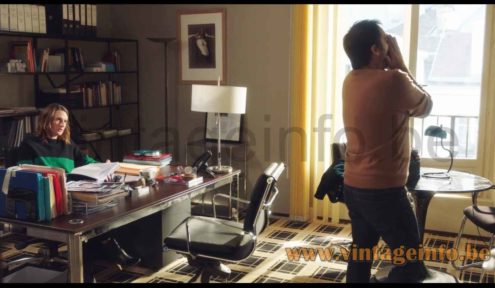