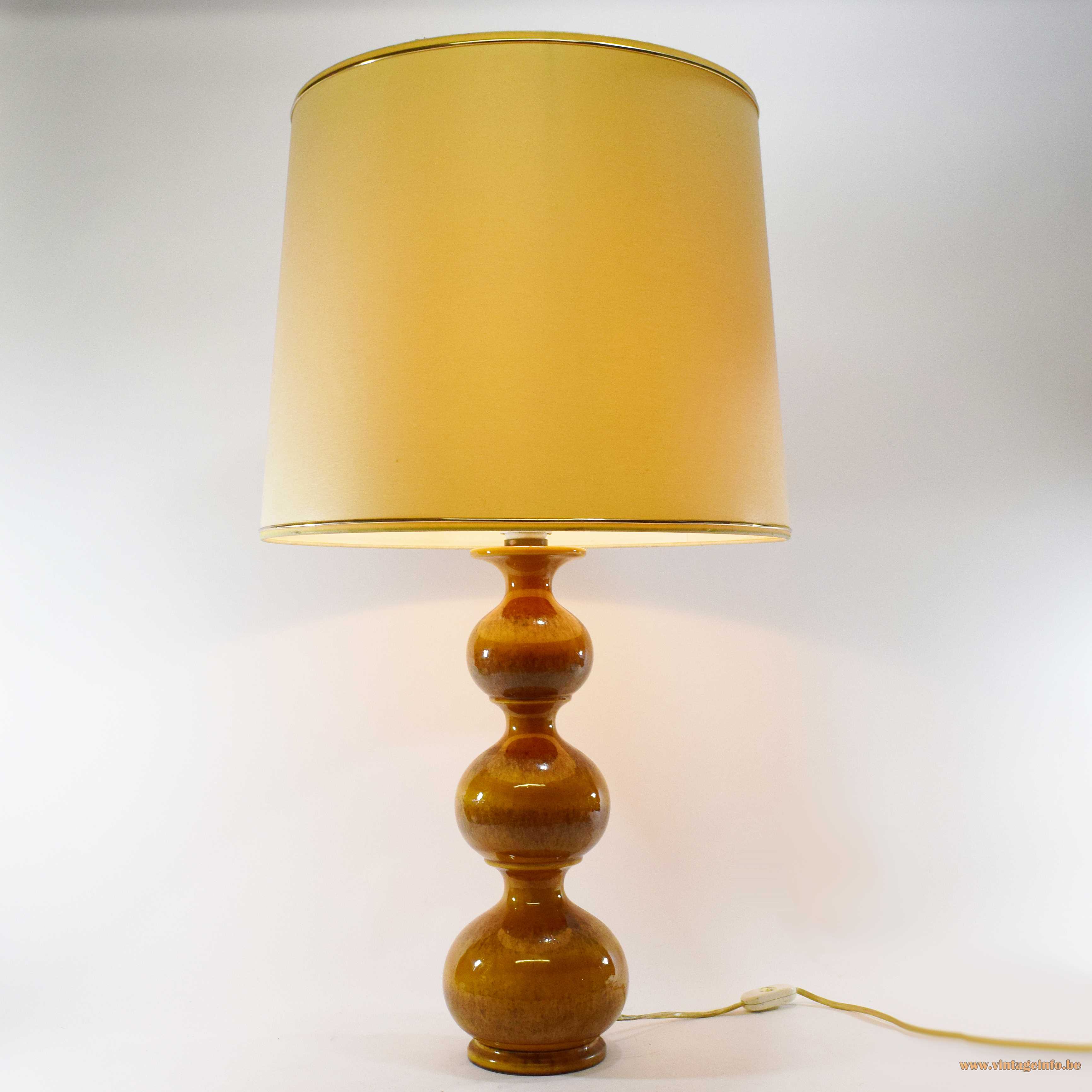 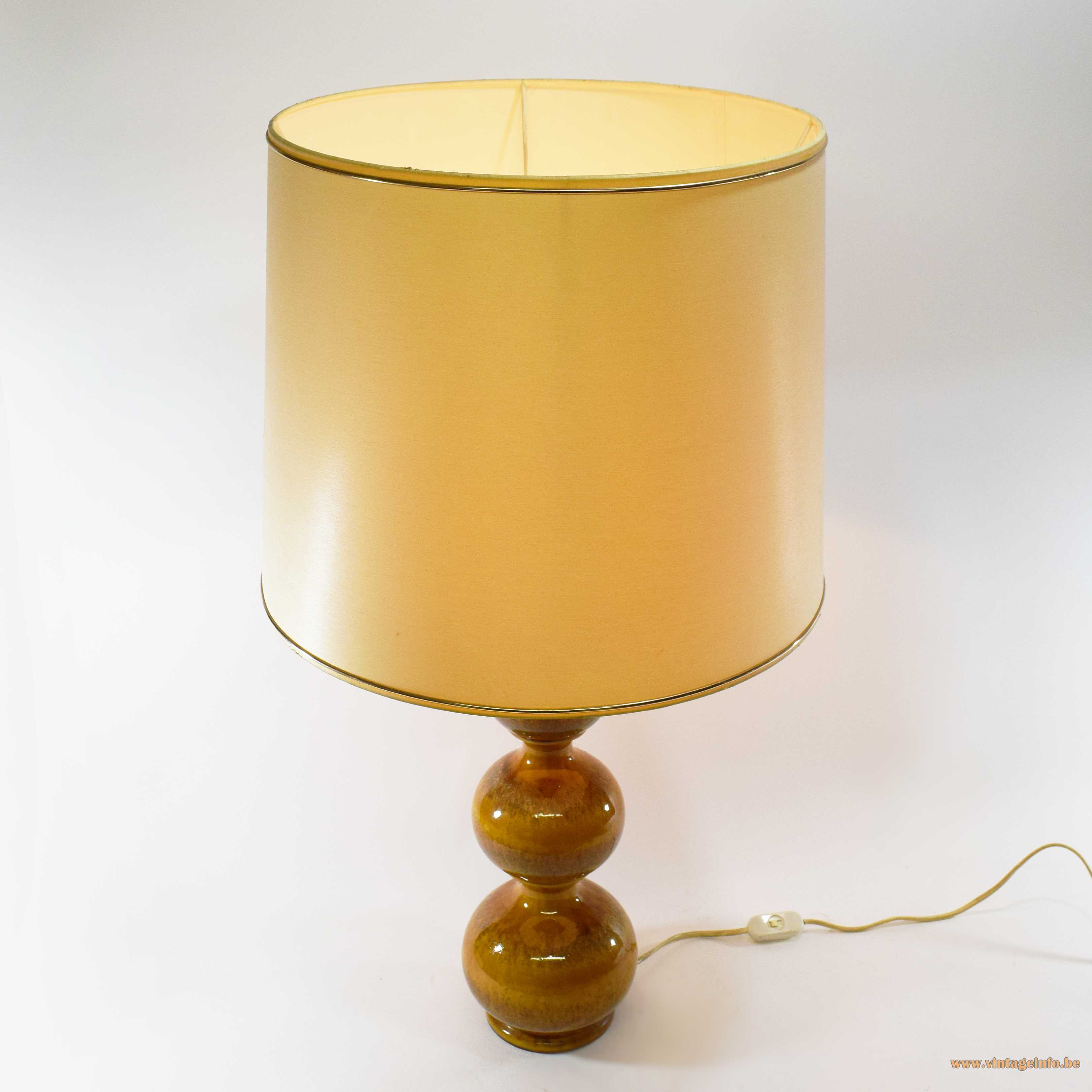 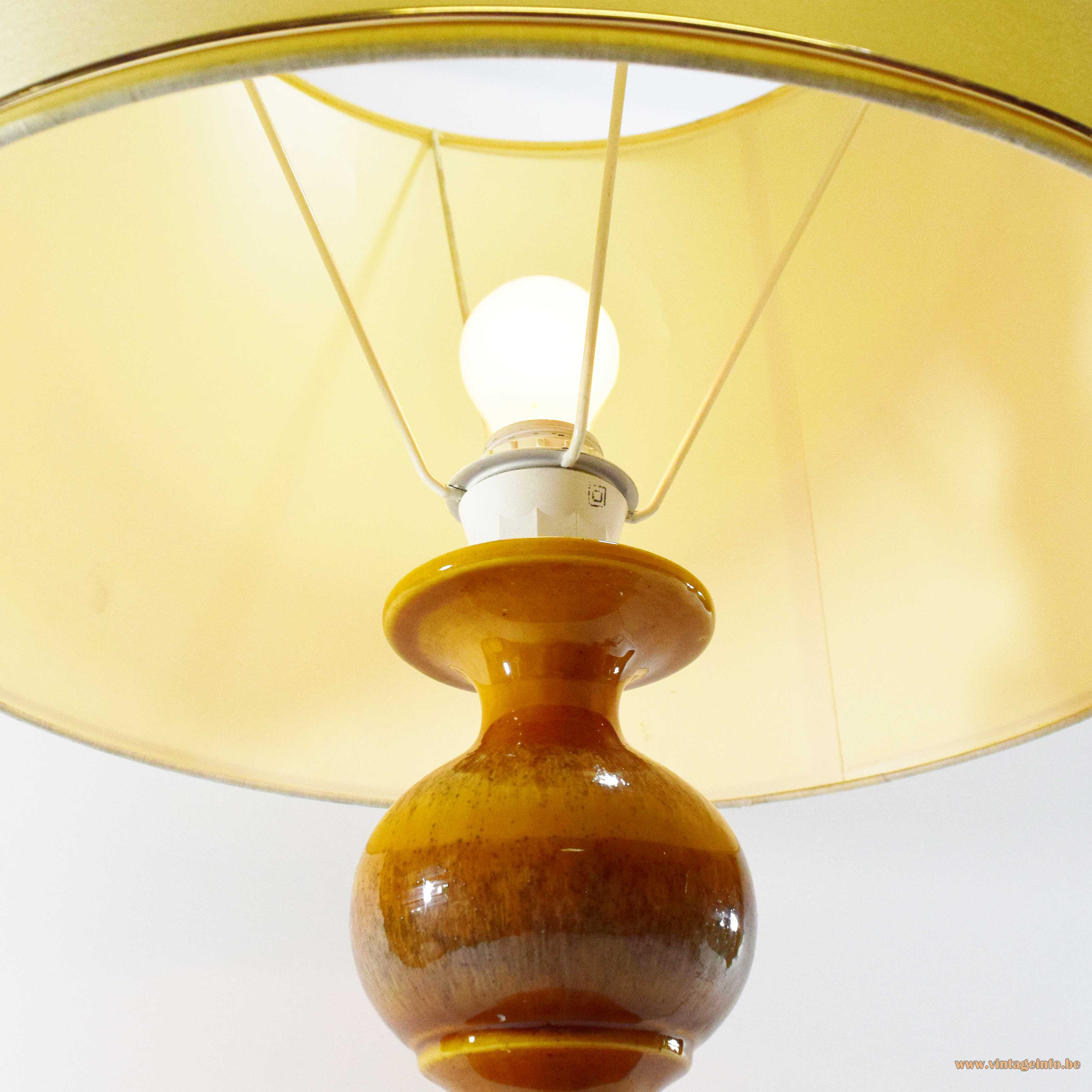 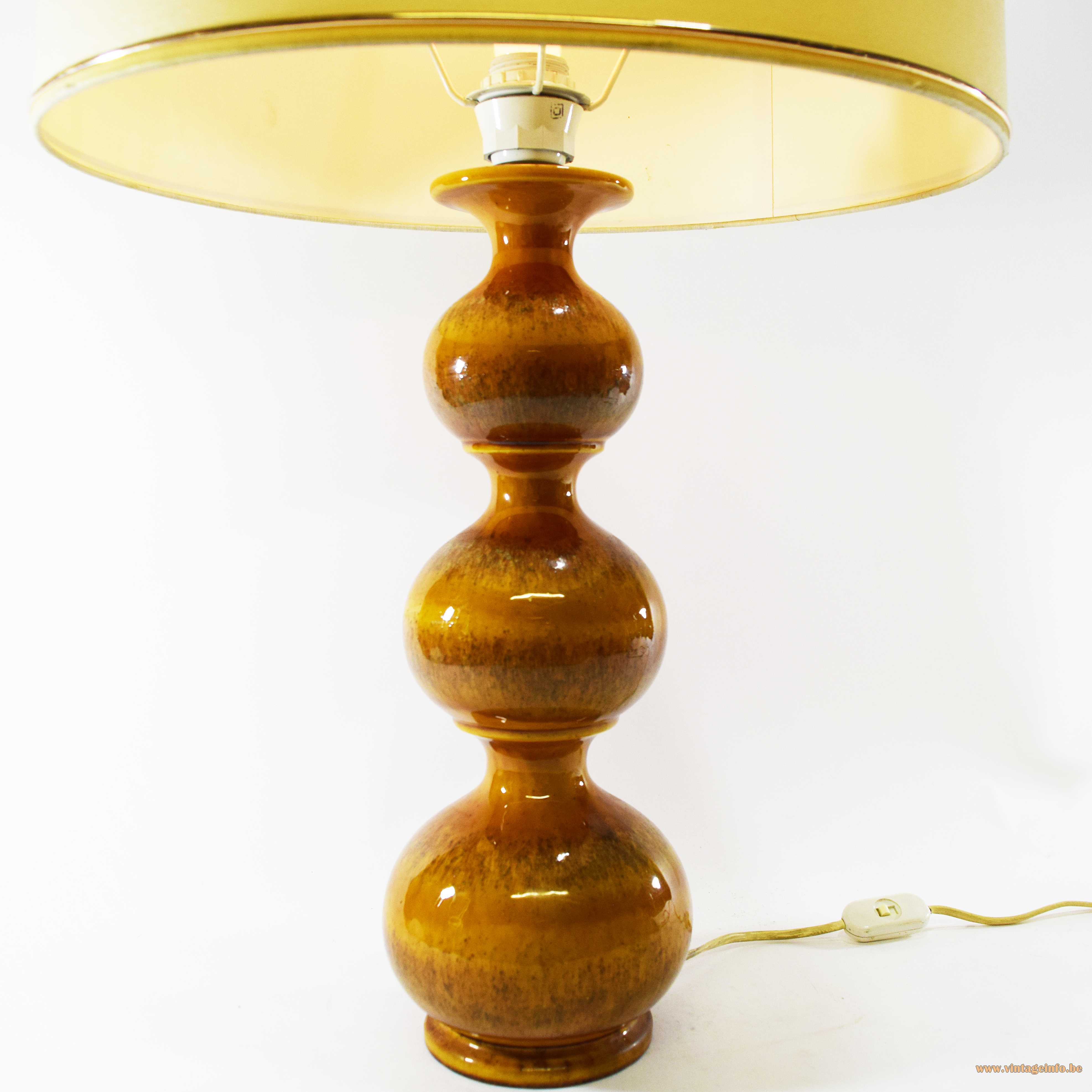 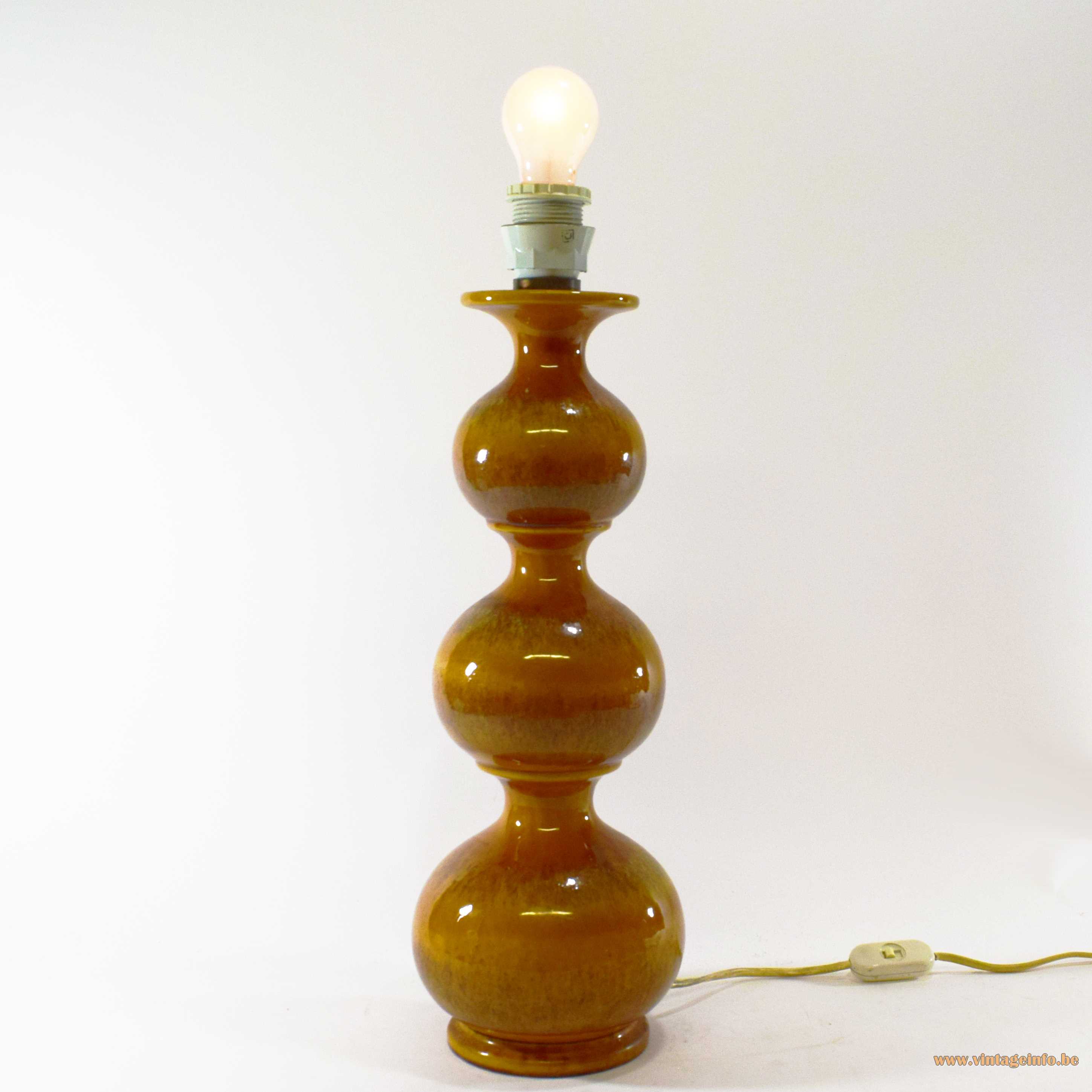 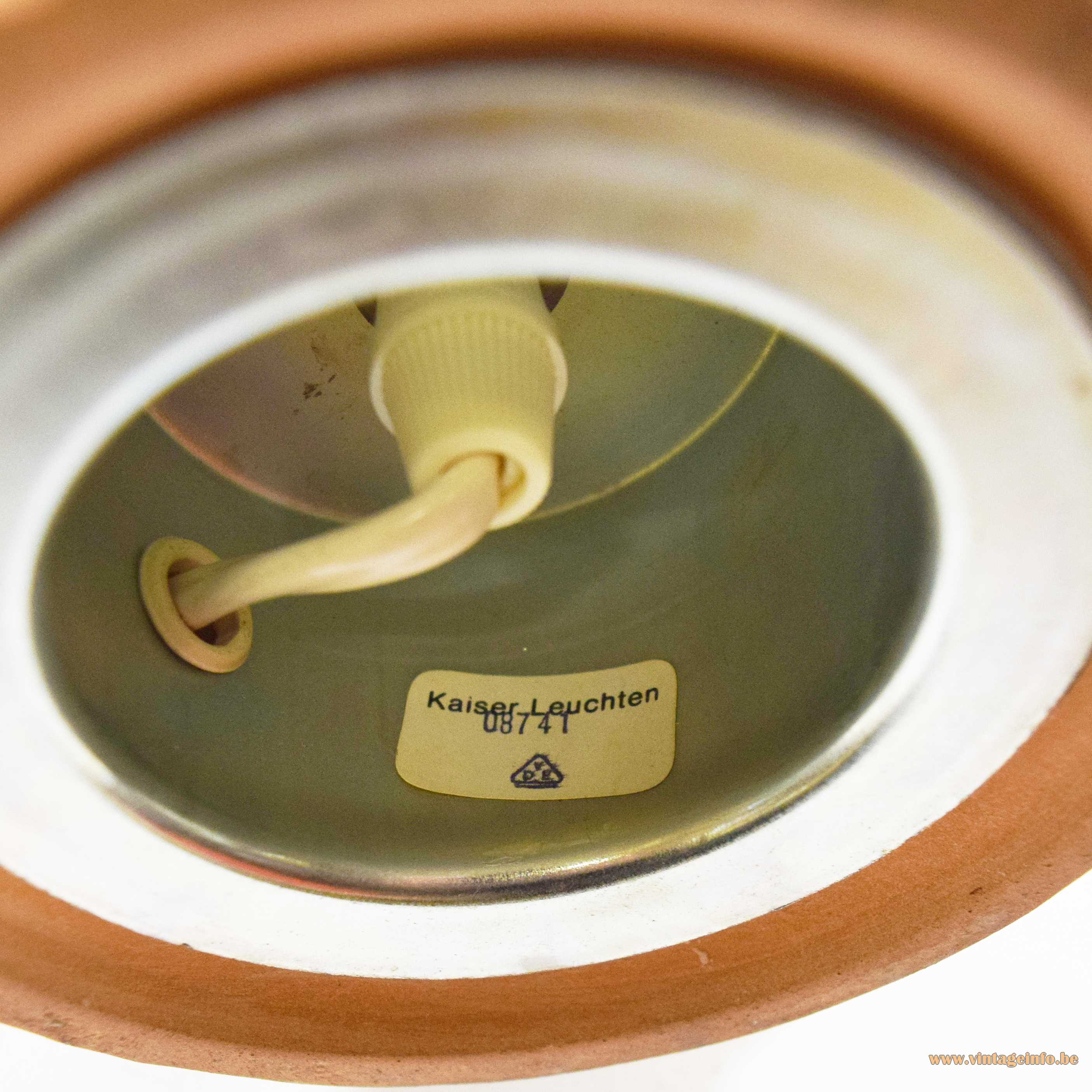 Green version of this table lamp

Other versions: This Kaiser Leuchten ceramic table lamp exists in many colours. They were made with a flower design on the globes and several colours together. Table lamps exists with more oval shaped globes. Also made as a floor lamp with 8 globes.  The floor lamp was made with 3 E27 light bulbs, 2 downwards, 1 upwards oriented. Sold with many different lampshades.

This table lamp was made in the seventies, to see on the wiring. The switch was replaced, it is a 1990s Achille Castiglioni 450 switch produced by VLM Components since 1968. It has the Kaiser Leuchten label with model number 08741.

The ceramic base is made by the Germany company Jasba. Sometimes a lamp appears with a Jasba label. Jasba is founded in 1926 by Jakob Schwaderlapp. The company still exists.