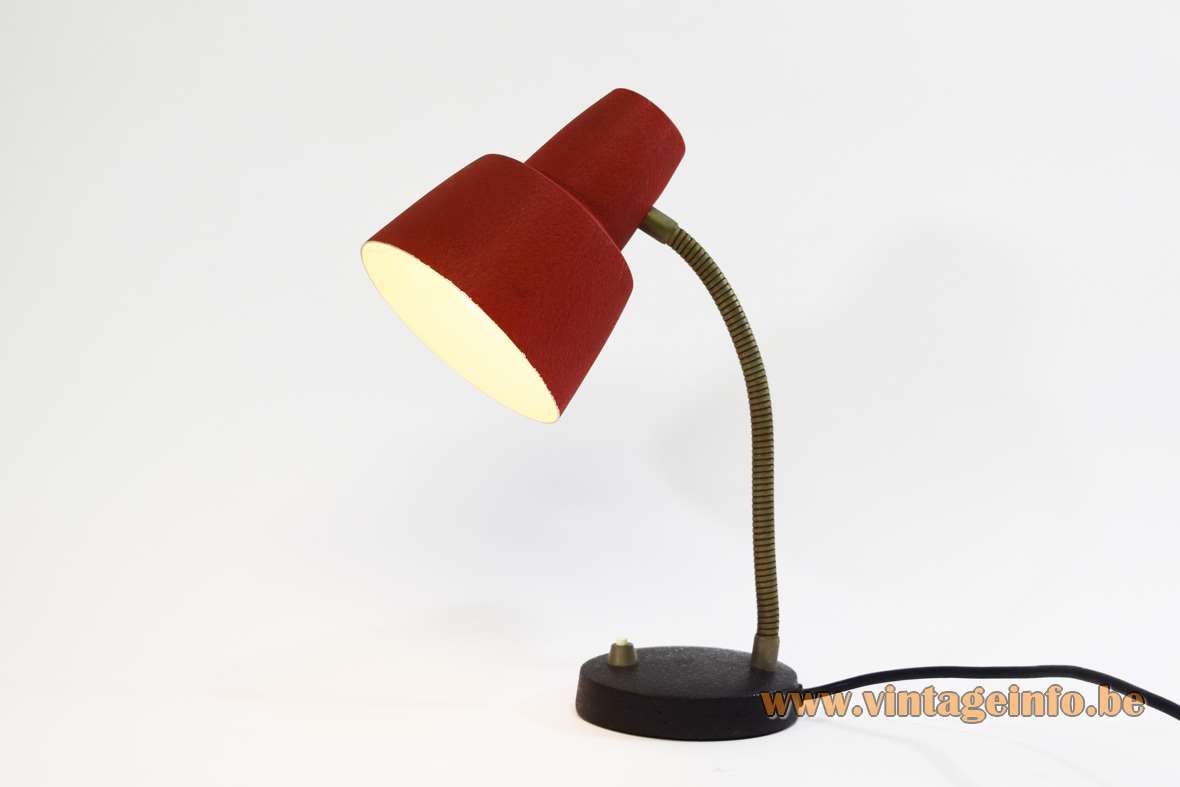 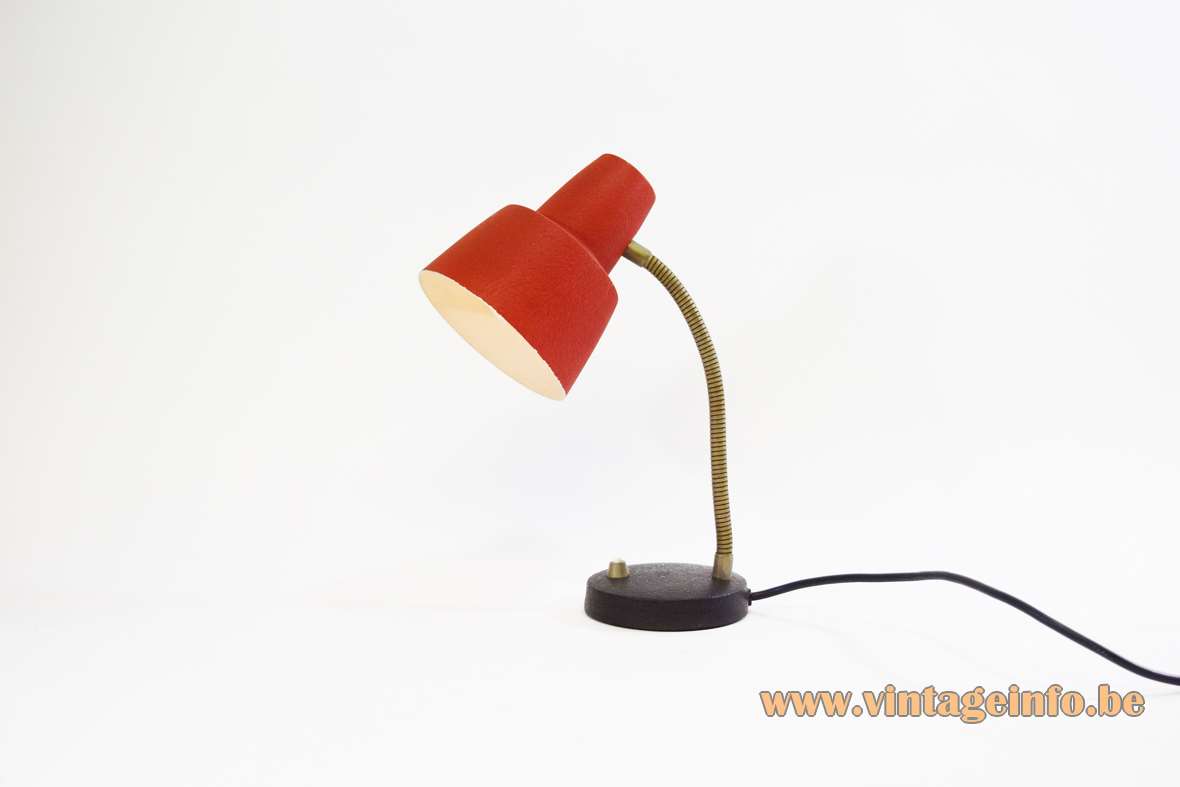 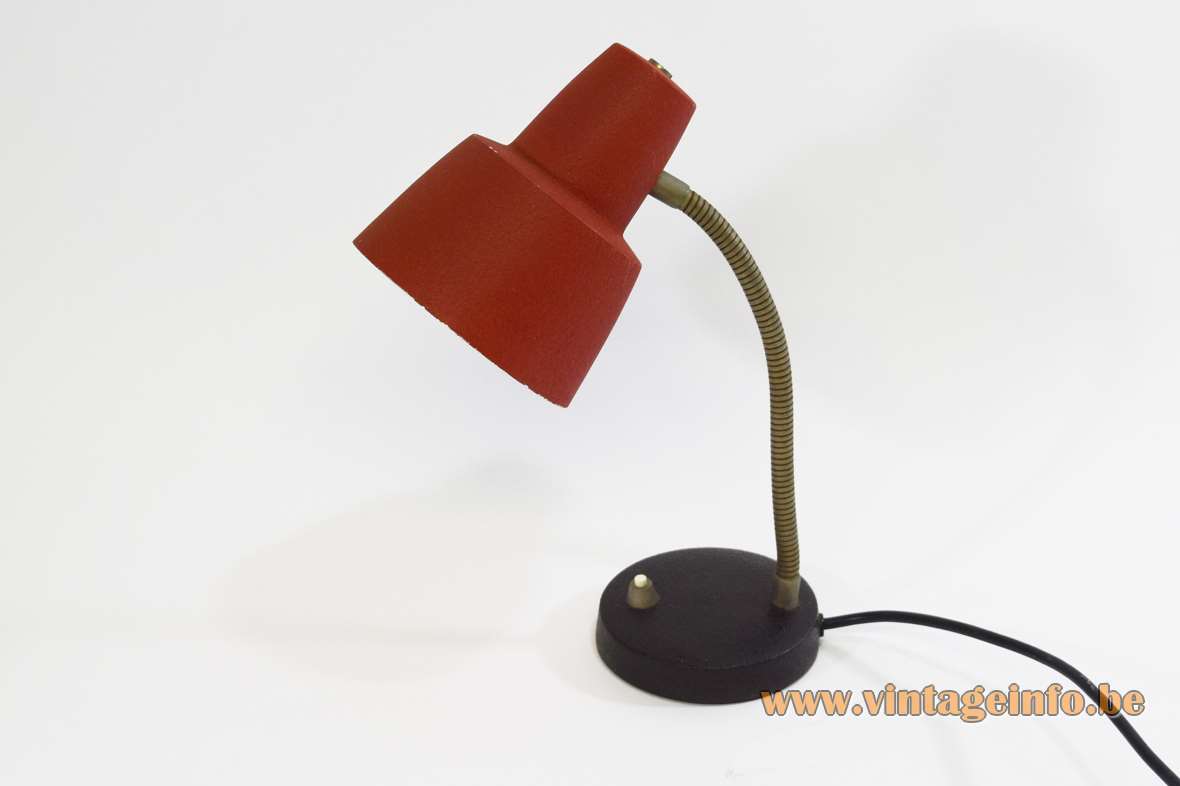 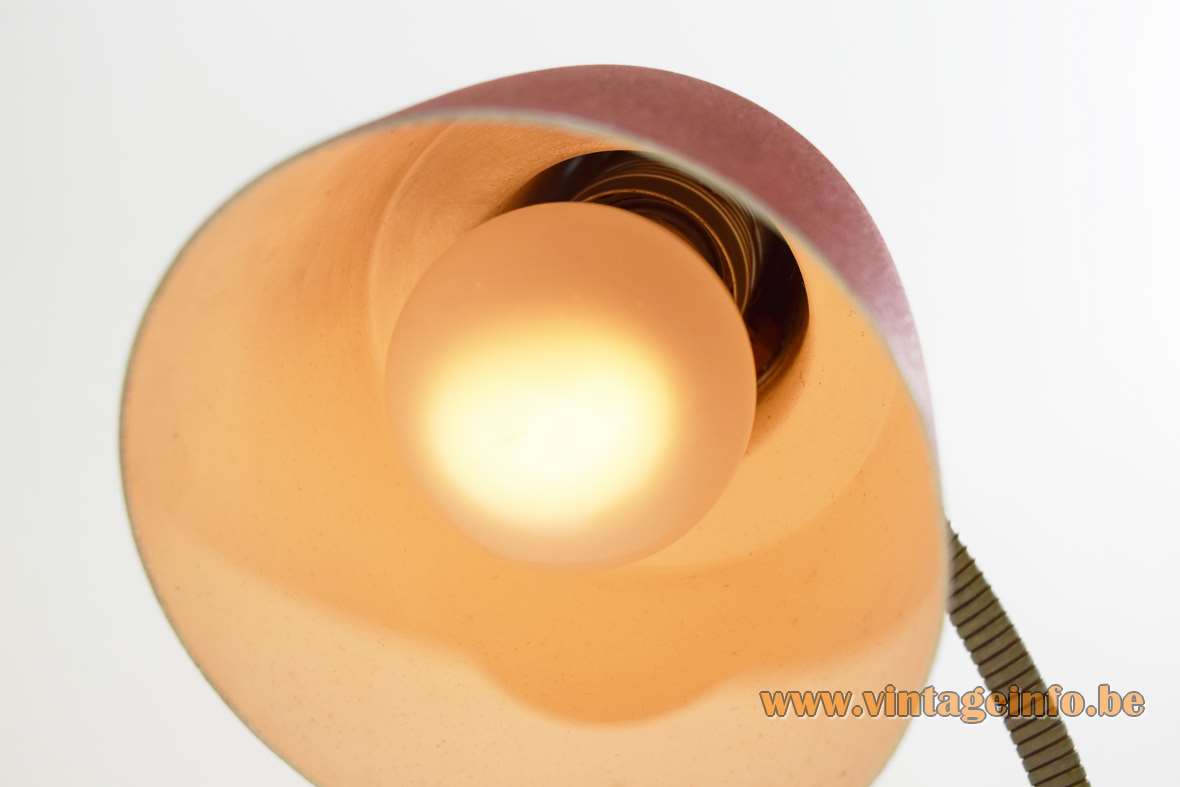 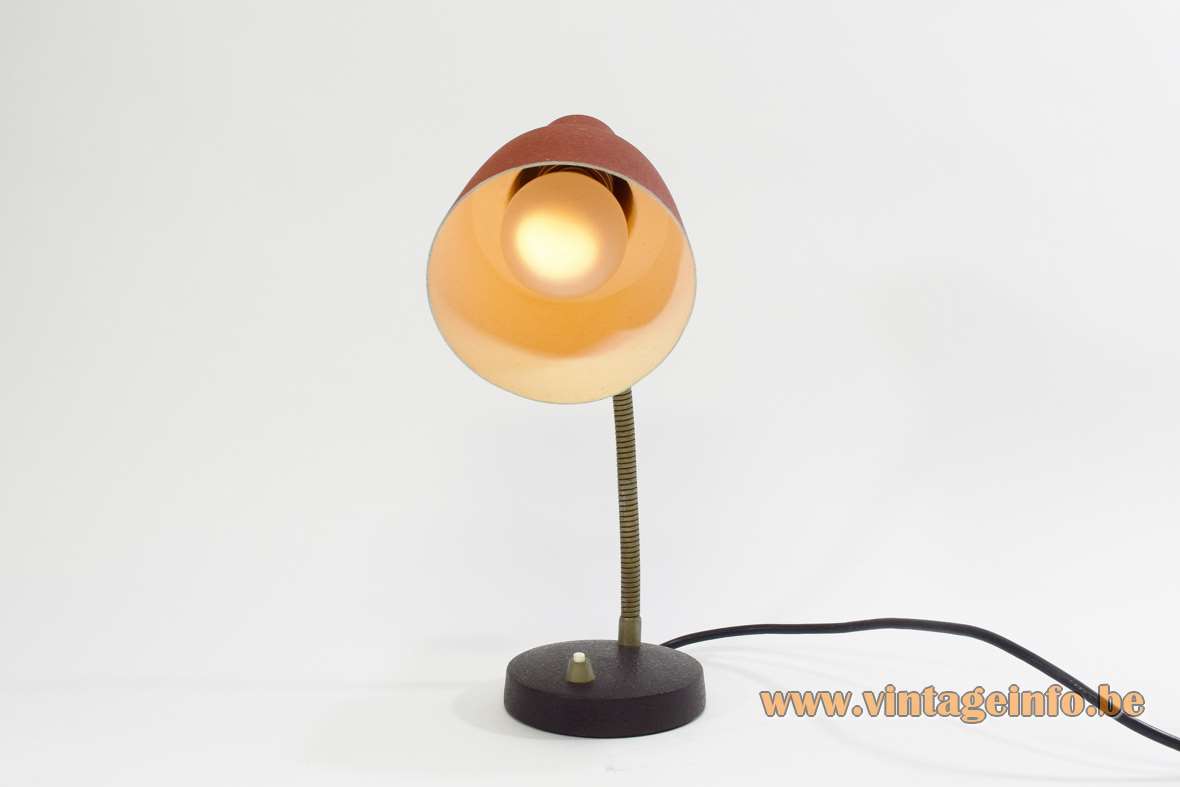 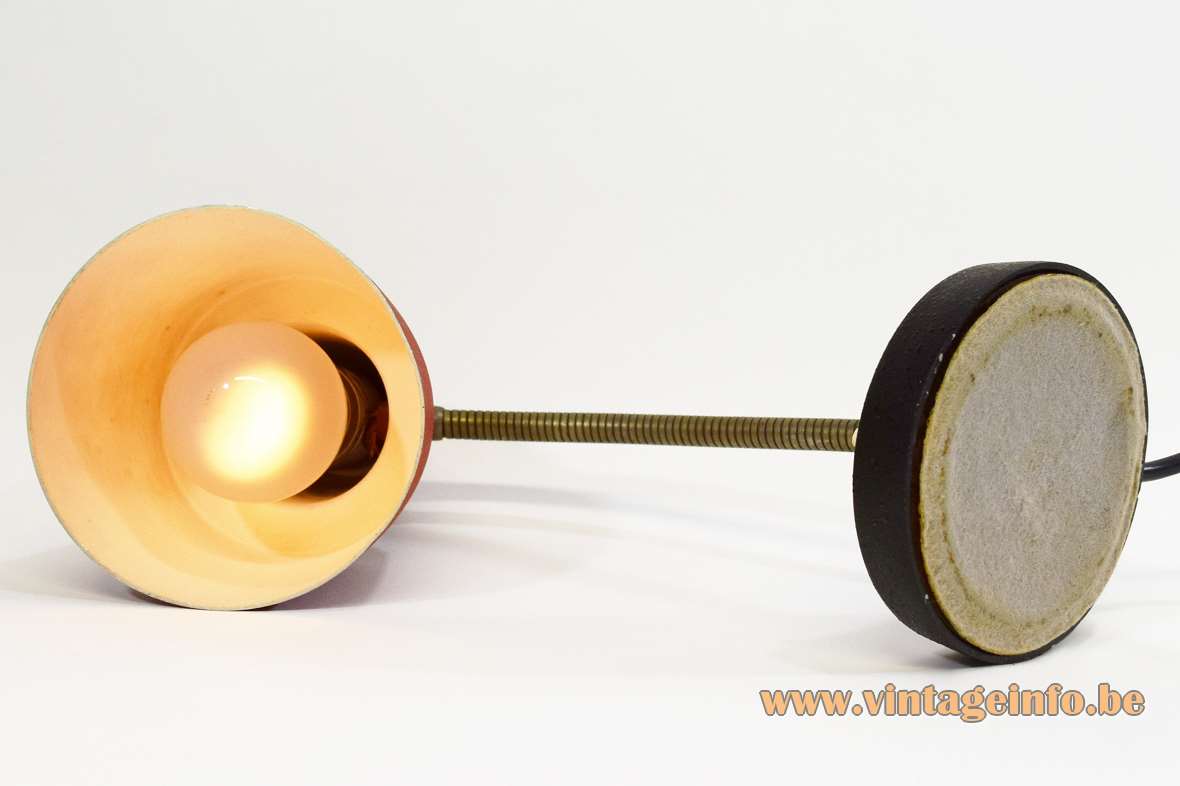 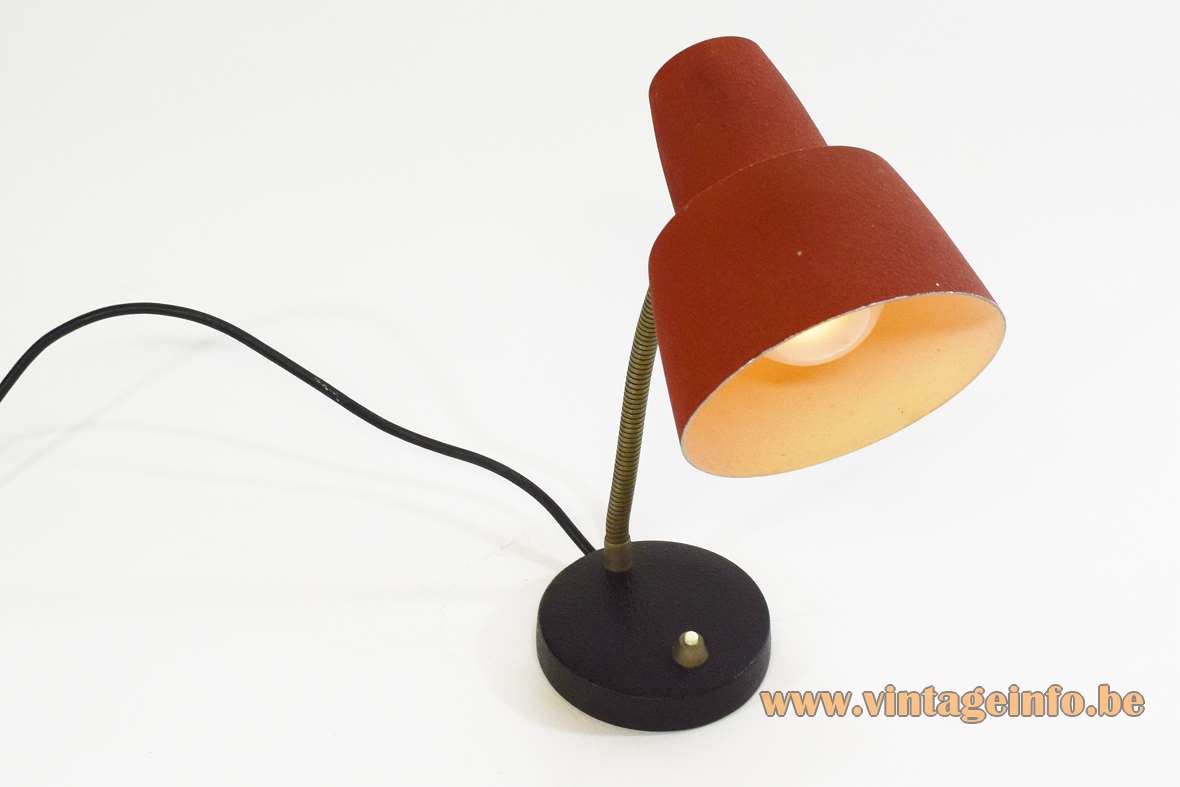 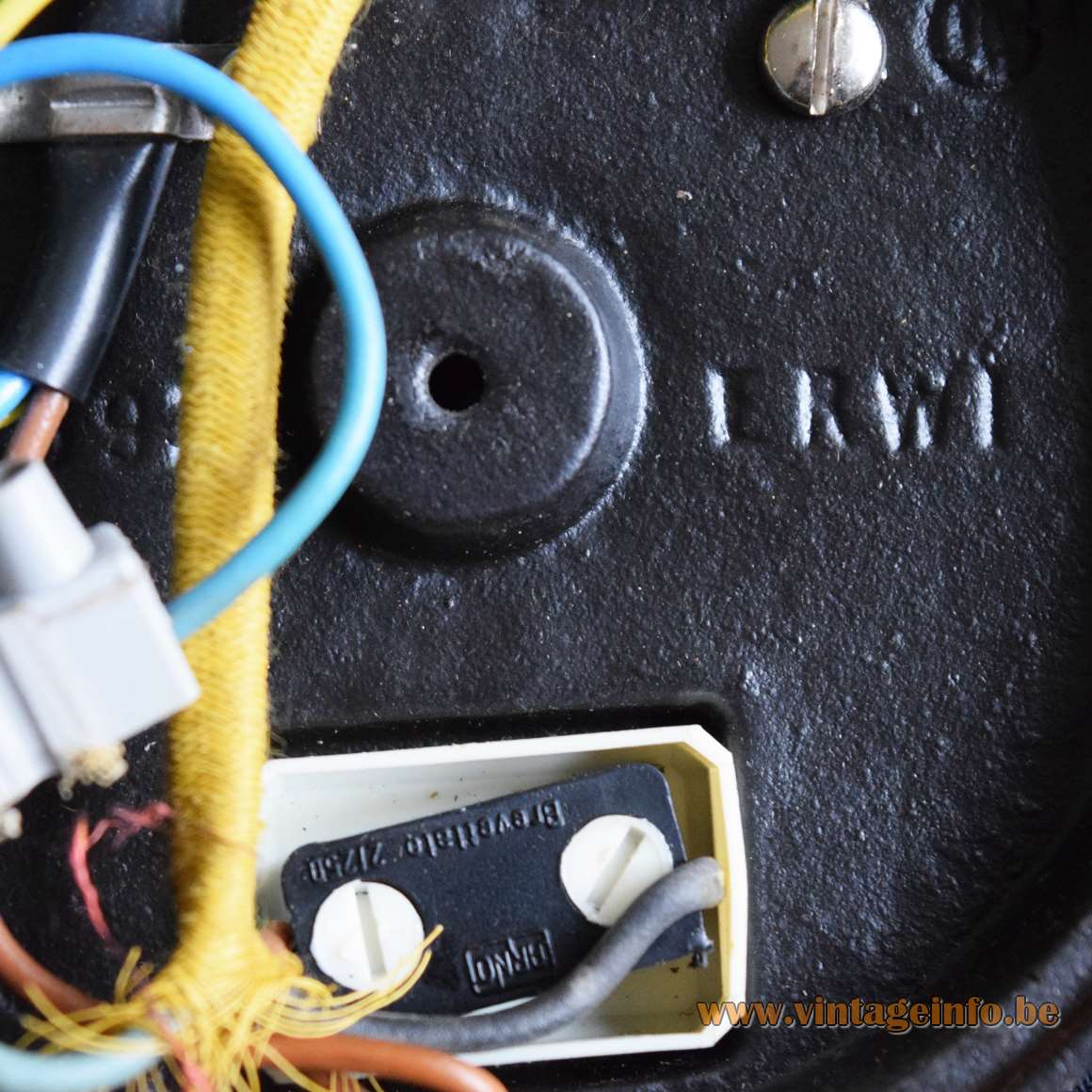 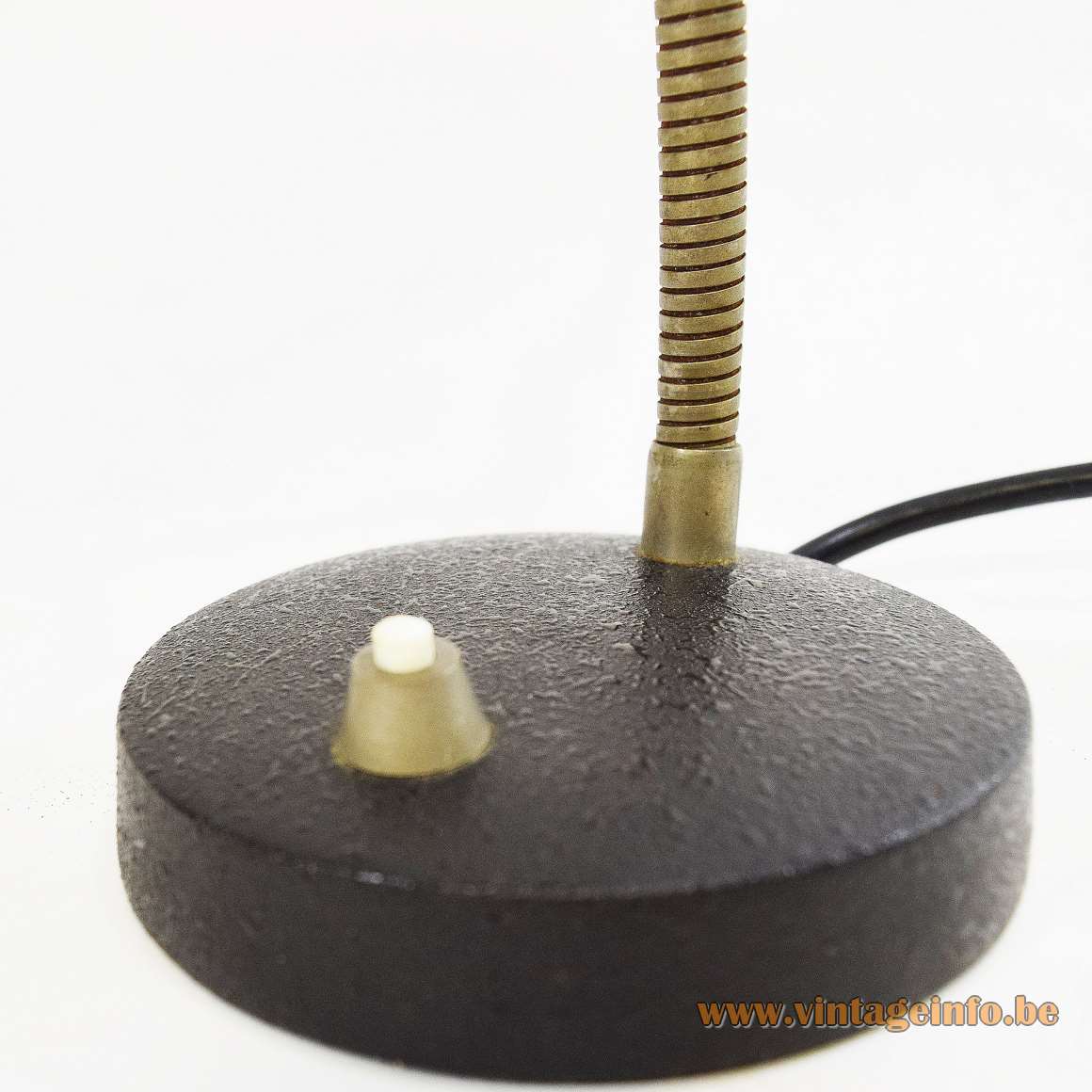 Other versions: This 1960s wrinkle paint desk lamp was made in several colours, all with a black base.

This lamp has a cast iron base made by ERWI. ERWI was a cast iron producer, not a lamp producer. ERWI made cast iron counterweights for several lighting companies. The ERWI company produced many items in cast iron, for instance also Christmas tree stands. In all probability a German company. It does not exist anymore.

Kaiser Leuchten (Gebr. Kaiser & Co. Leuchten KG), Philips (Koninklijke Philips N.V.), Hillebrand-Leuchten (Egon Hillebrand Leuchtenfabrik) and Cosack (Gebrüder Cosack) used cast iron bases produced by ERWI. For example, the famous crow’s foot table lamp by Philips designed by Louis Kalff in the 1950s has an ERWI base. Hense the mix-up with some Cosack lamps that have a similar design as the Philips lamps.

The switch was made by Arno, in all probability an Italian company.

The Arno river in Italy – Wikipedia

Hillebrand desk lamp with an ERWI base

Other lamps with a cast iron ERWI base