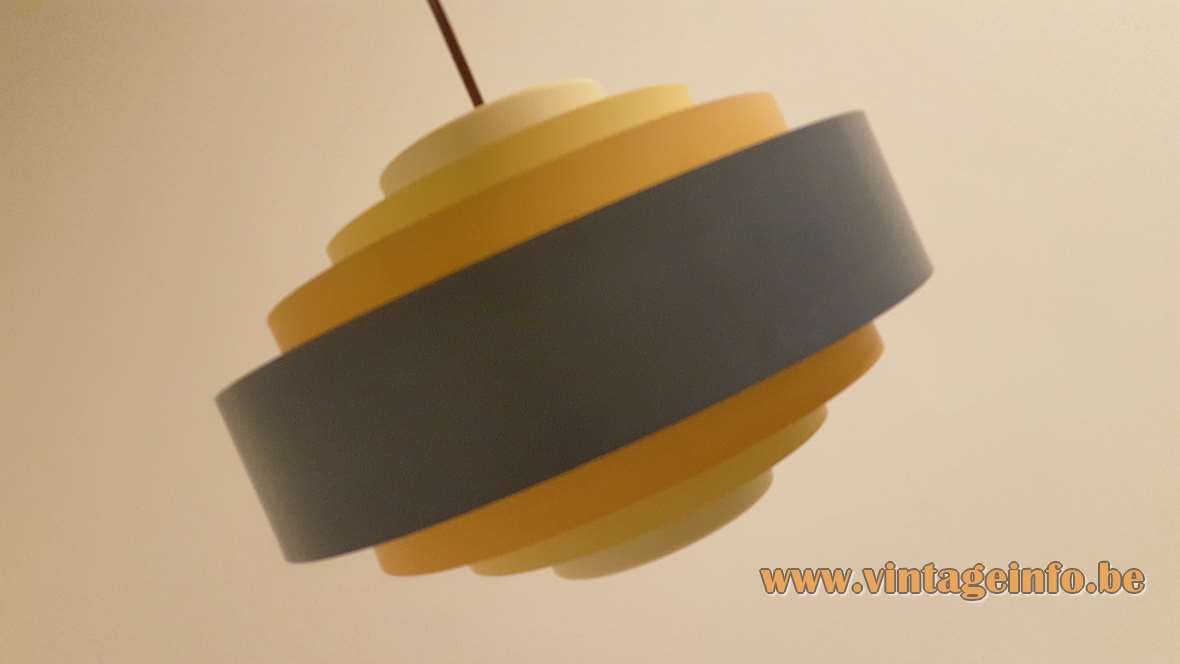 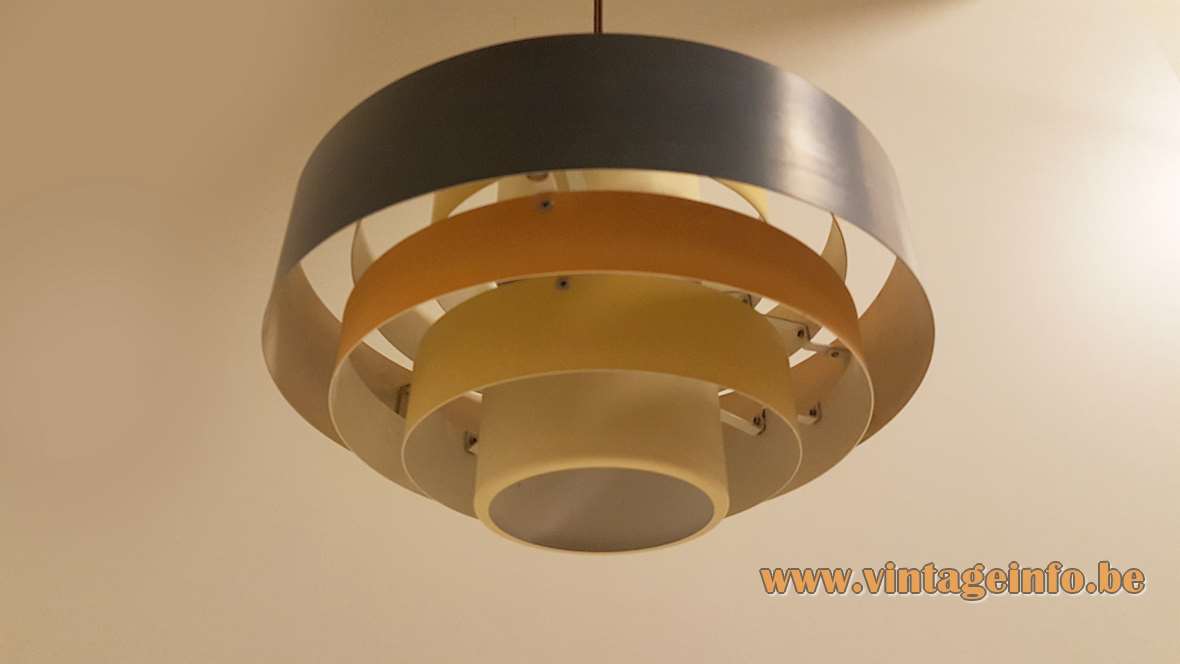 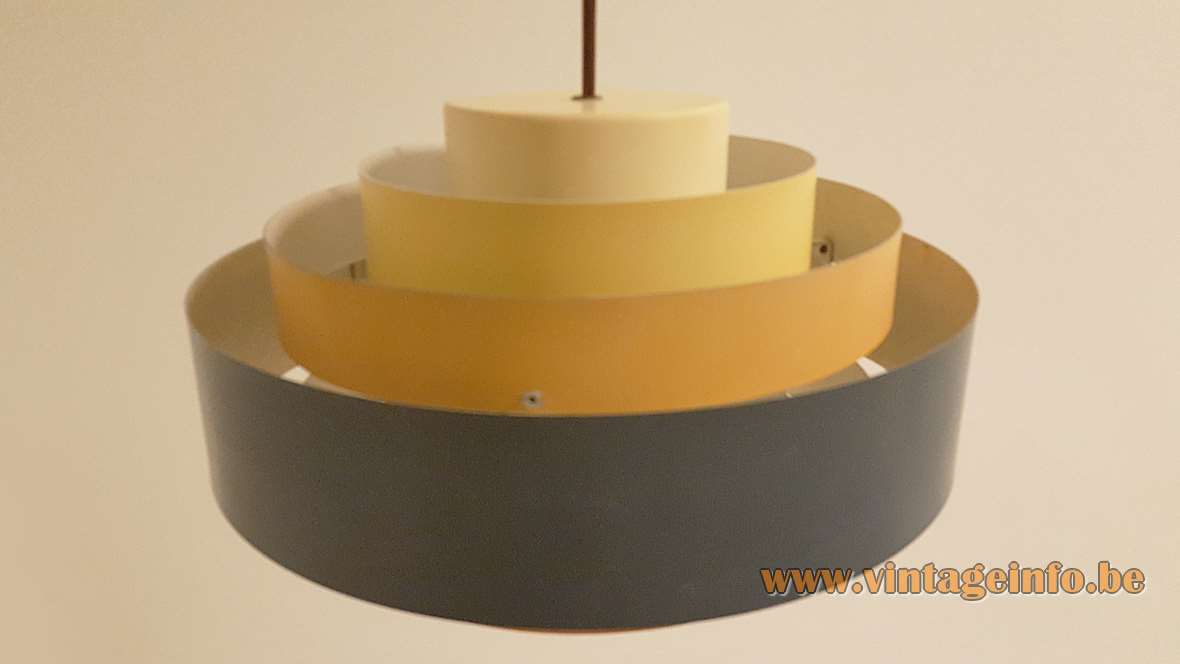 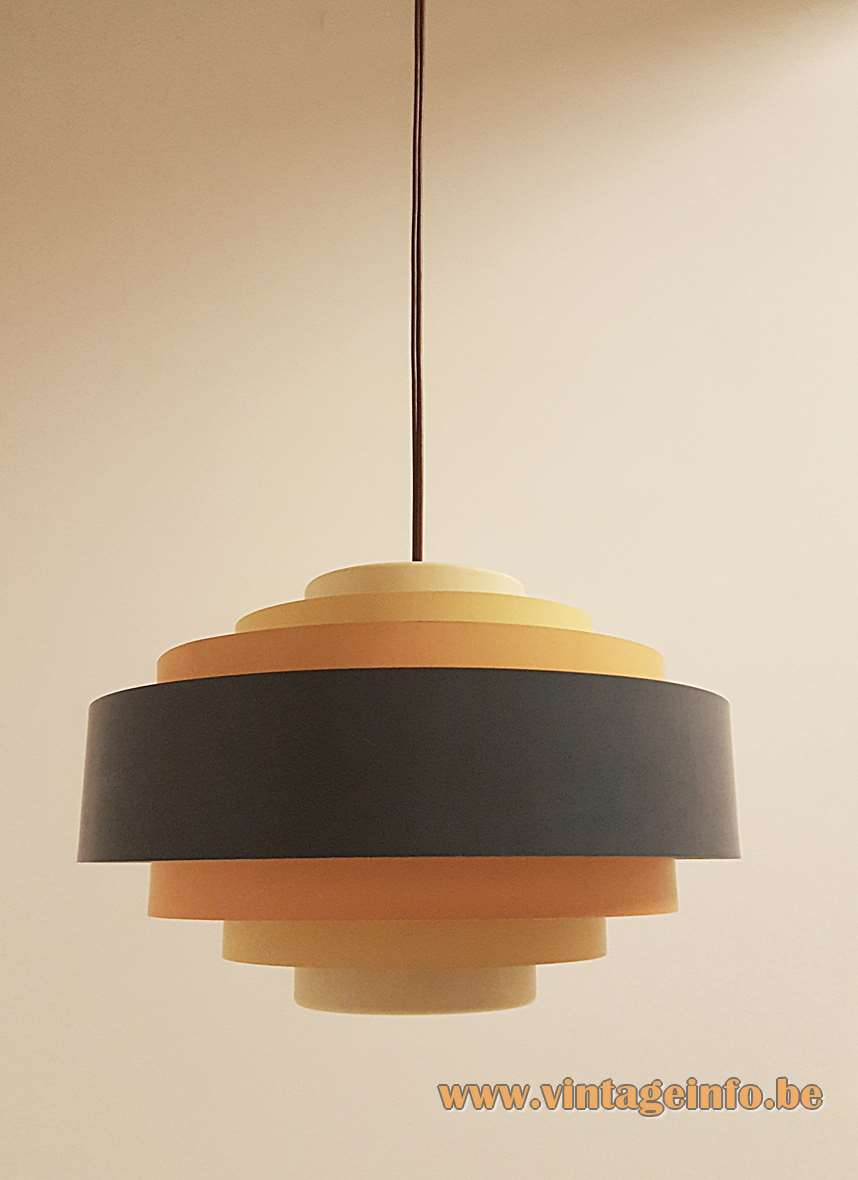 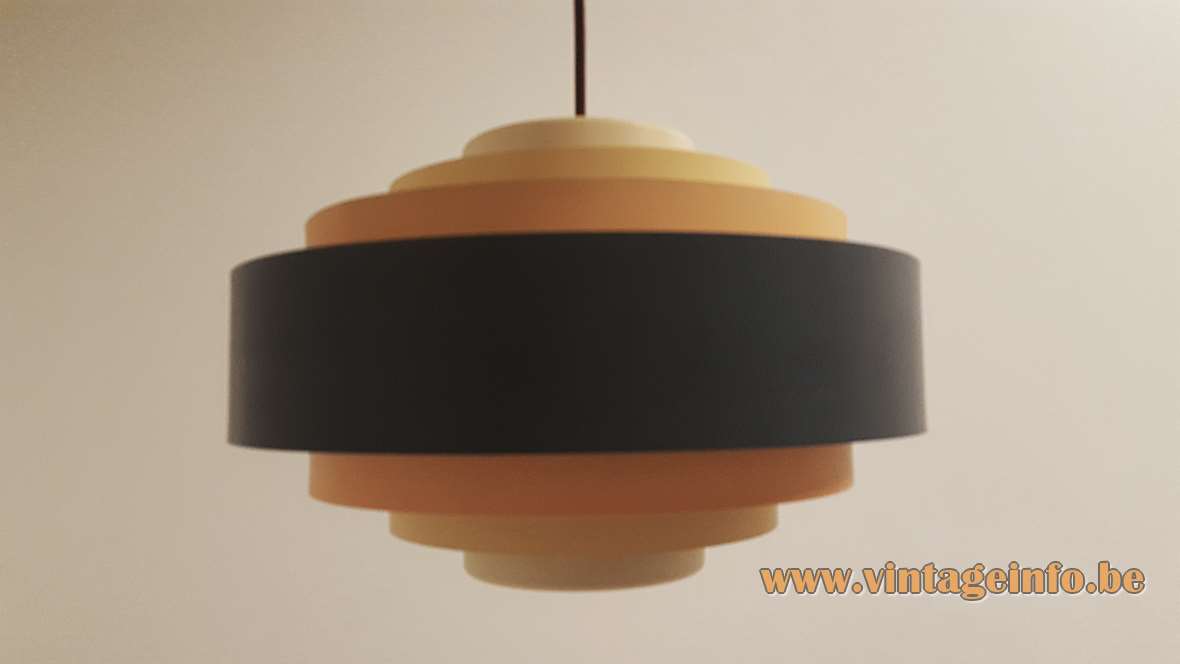 Johannes (Jo) Hammerborg was born on February 4, 1920 in Denmark.
In 1957 he became head of design at Fog & Mørup. Hammerborg was a prolific designer, personally creating some 100 lamps for Fog & Mørup and also collaborated with other designers in adapting their designs. Jo retired in 1980, only a short time before both his own death in 1982 and the take-over of the company.

Materials: 7  aluminium rings lampshade. The middle ring is painted black, the others are white. Some metal rods. Bakelite E27 socket.

Other versions: This Fog & Mørup Ultra pendant lamp exists in copper and aluminium and was made in many colours.

The Fog & Morup Ultra pendant lamp was designed by Jo Hammerborg in the late 50’s for Fog & Mørup. It appears in catalogues from the early 60’s.

Lyskaer-Lyfa produced lights until 1991, when it was incorporated into Horn Belysning A/S of Aalstrup, which was itself taken over in 2005 by Nordlux of Ålborg and at a large extent dismantled.