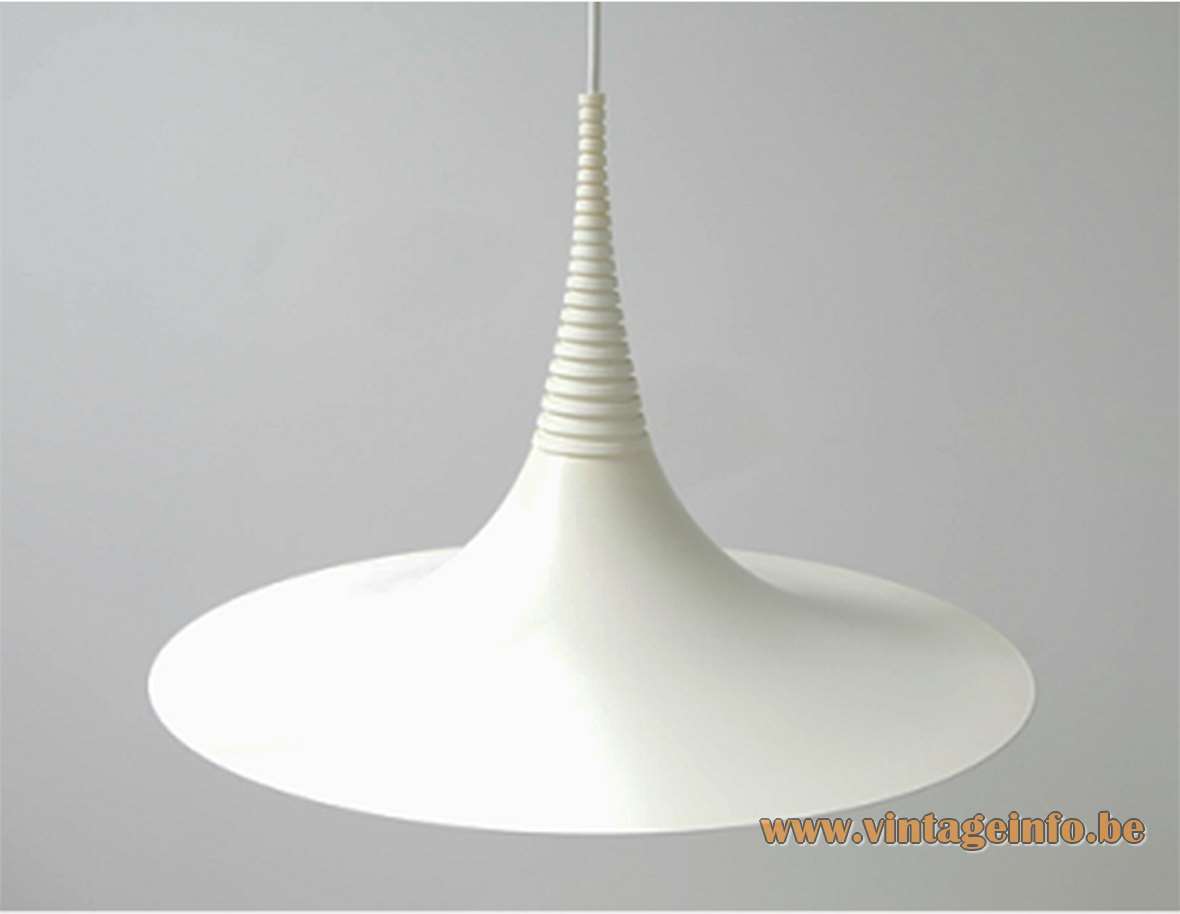 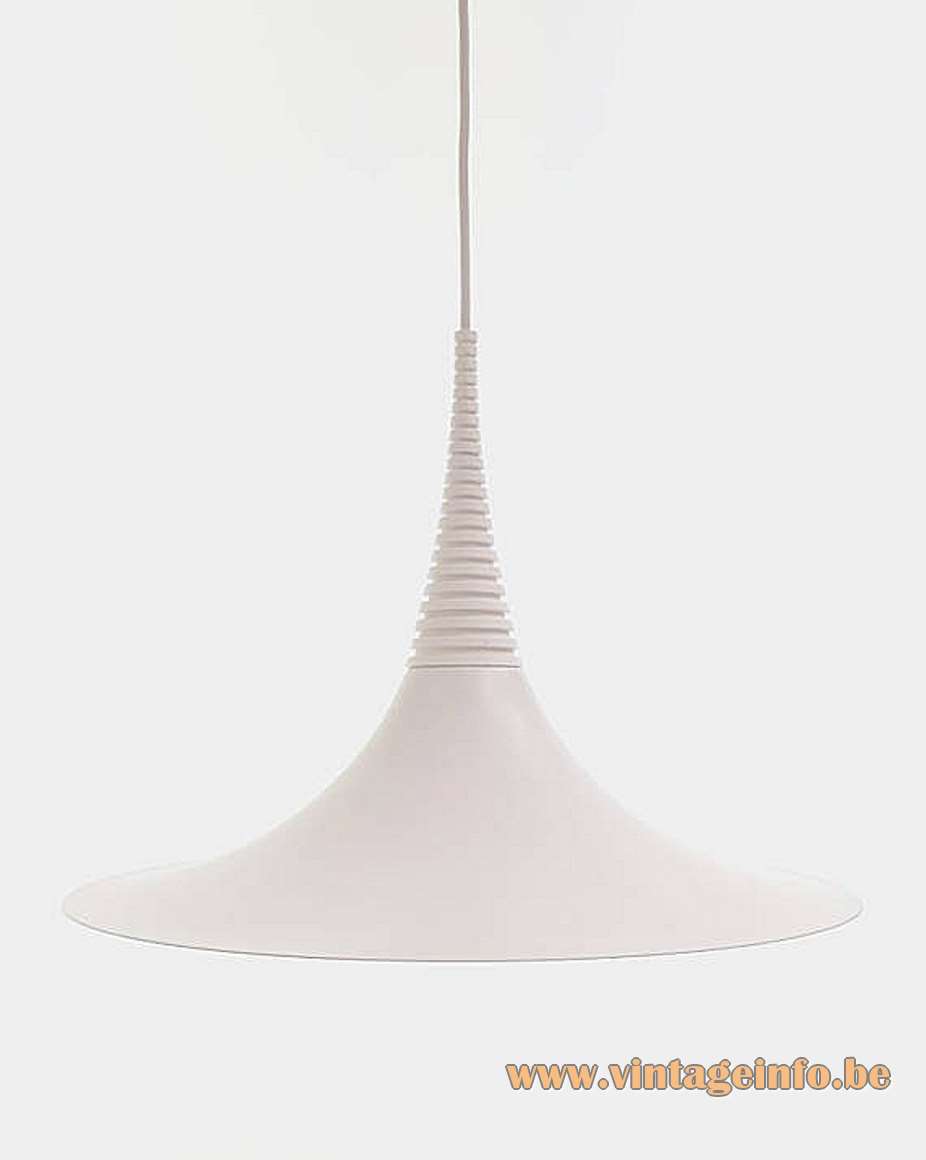 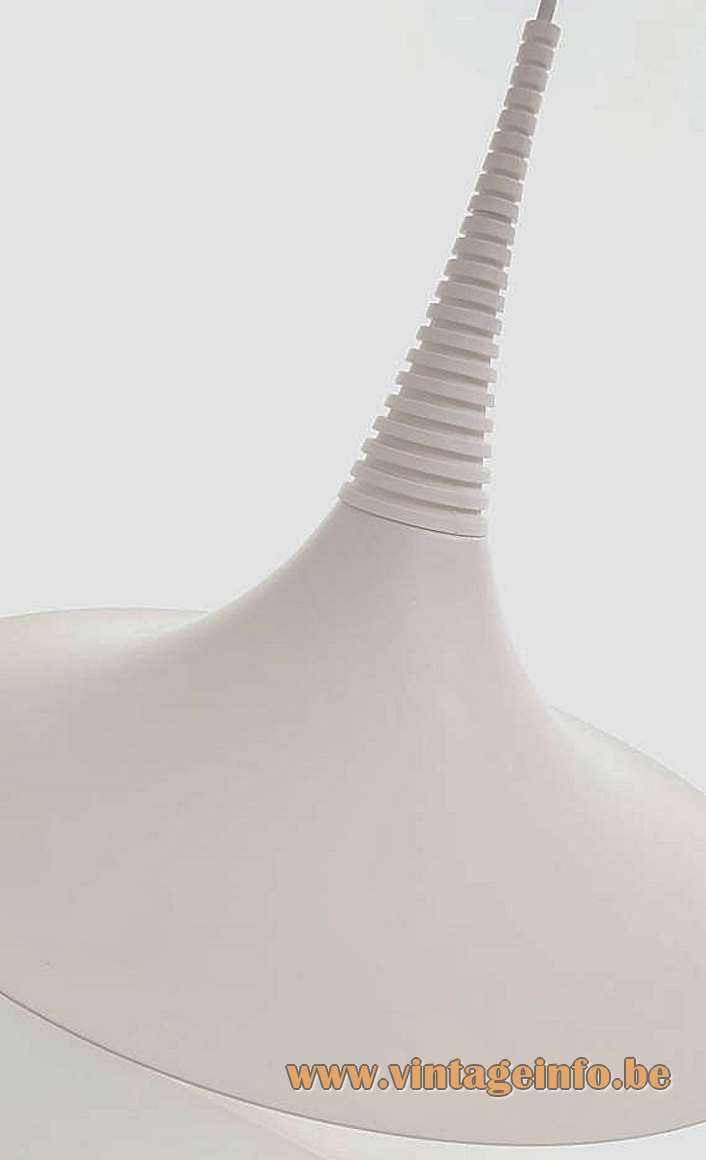 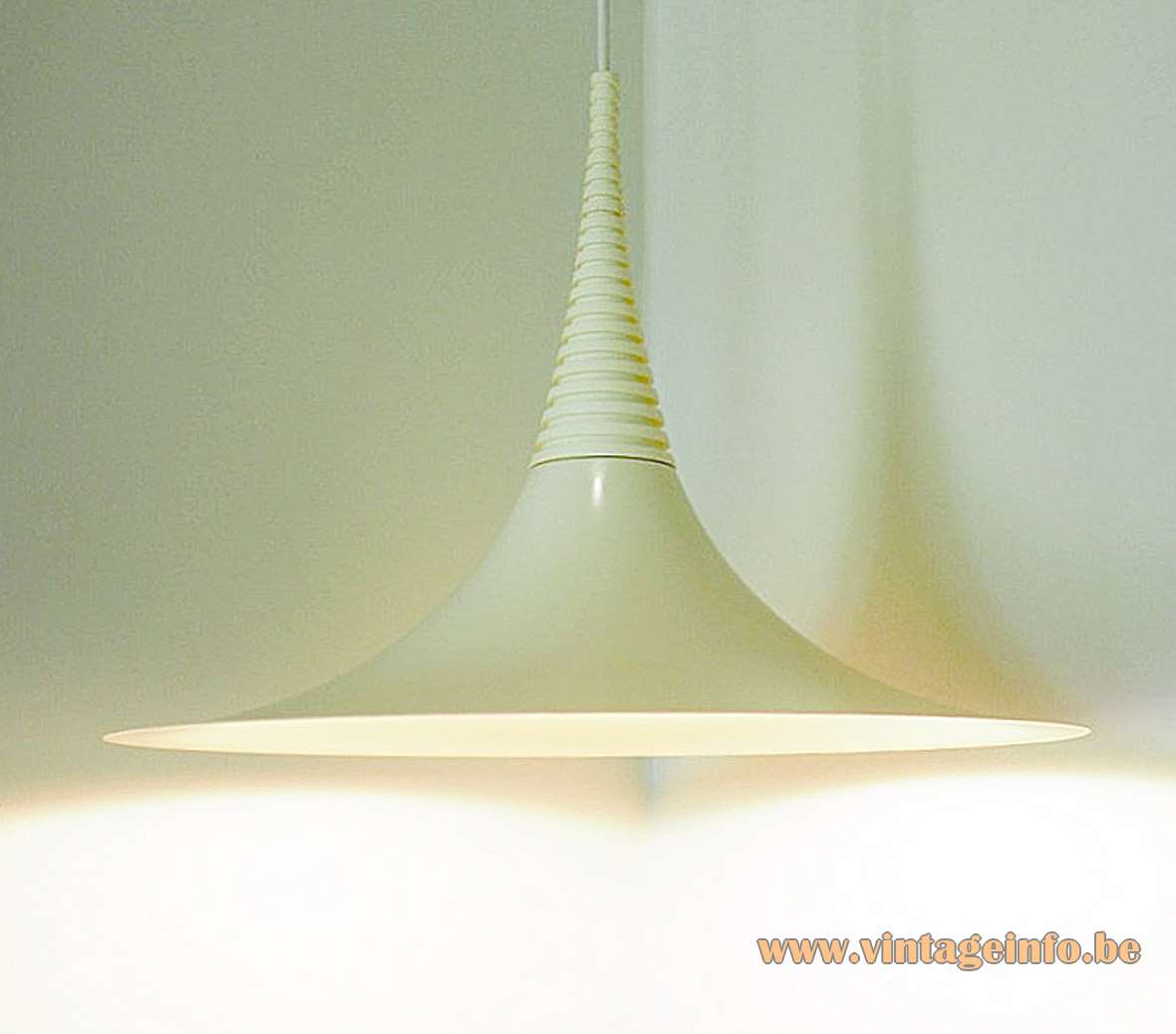 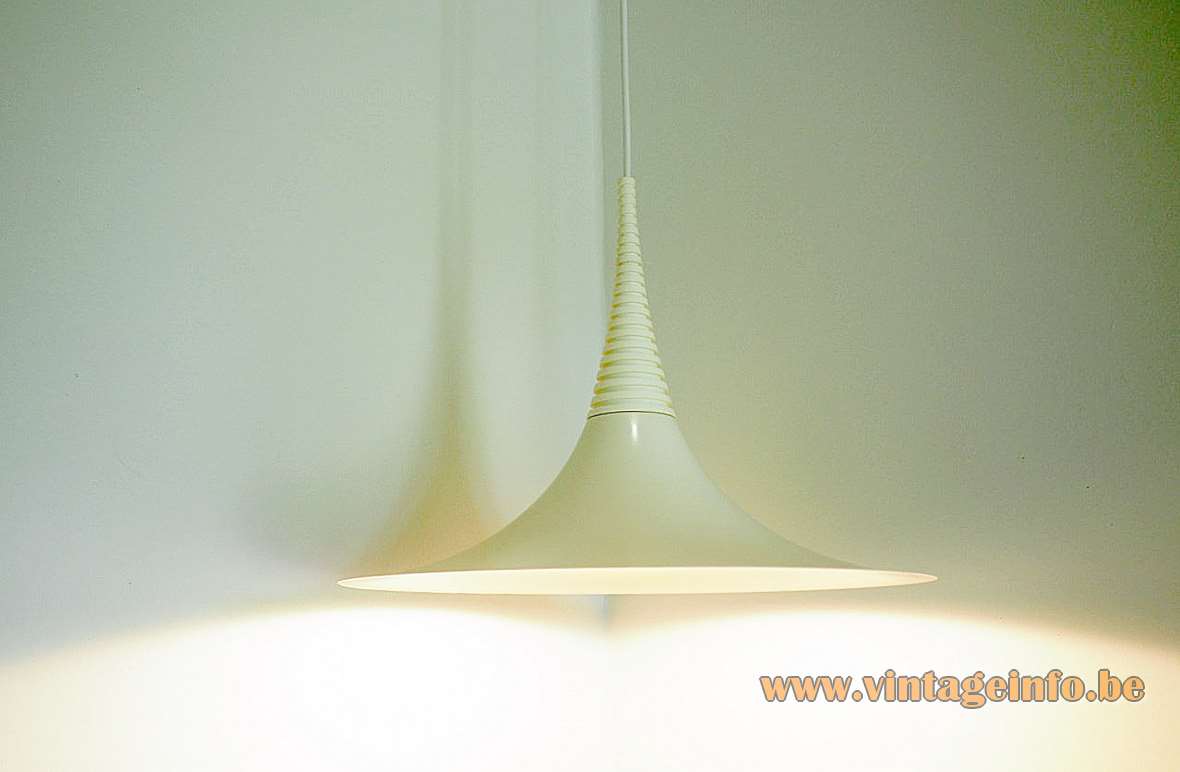 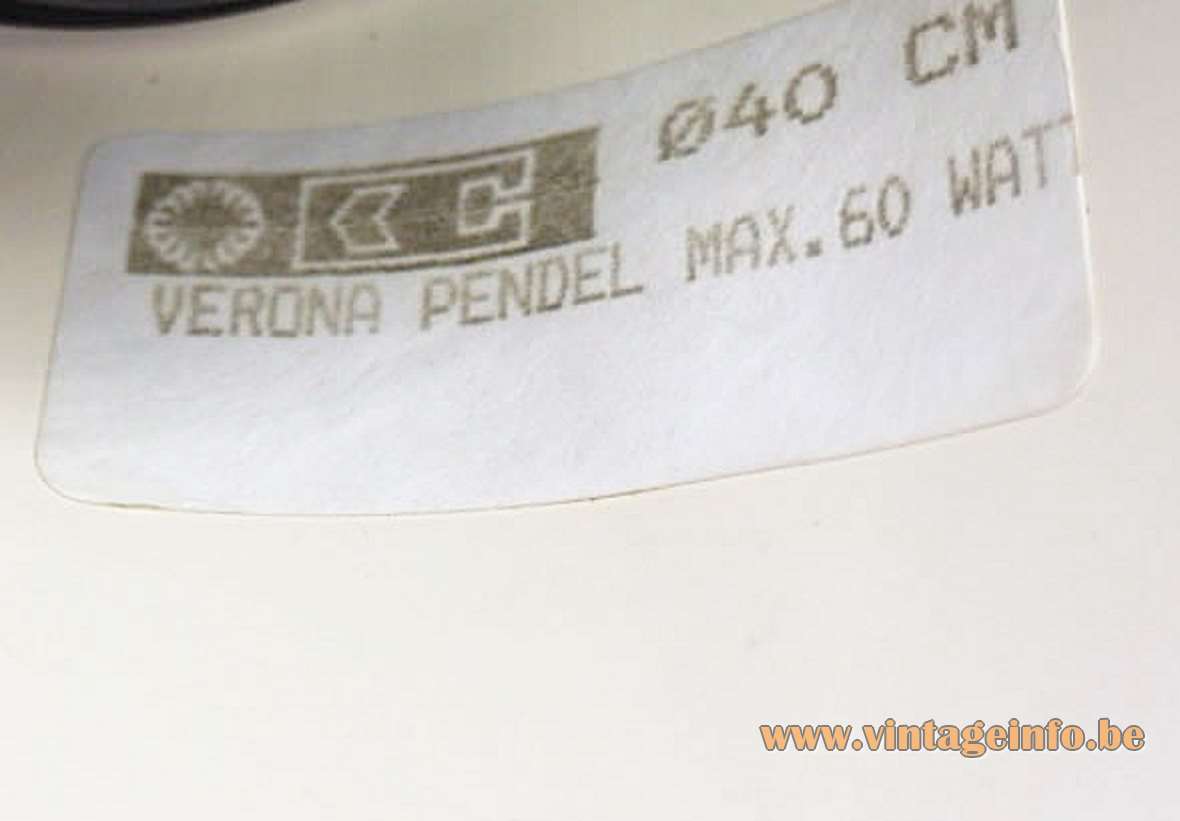 Xantippe pendant lamp on the iF Design Award website

Sweazy desk lamp on the iF Design Award website

Nordlux plagiarism lawsuit on the website of TV2 Nord (in Danish)

The city of Randers in Denmark – Wikipedia

Many thanks to Marjan from Vintage Drachten for the beautiful pictures, research and enthusiasm.

Other versions: Made in several colours.

This Verona witch hat pendant lamp was designed in the mid 80s by Ad van Berlo and it was named Xantippe. It was produced by Vrieland Design from The Netherlands. (Vrieland United Factories B.V., Goes, The Netherlands). It received an iF Design Award in 1987. this pendant lamp is labelled: Verona pendel, Knud Christensen Elektric A/S.

In 1987 Ad van Berlo received an award for his desk lamp “Sweazy“, also produced by Vrieland Design. On the iF Design Award website he is wrongly named Ad van Beilo.

Today they specialise in sourcing kitchenware, hardware and gifts.

Regarding the lighting production, there is very little information to find here. All we know for sure is, that in 1974, the iF product Design Award was given to Knud Christensen Electrics for Model 8370 and the credited designer is Jørgen Buchwald (1933-2010).

Jørgen Buchwald also designed the controversial series of Danica pendant lamps in 1992 for Nordlux. According to the Louis Poulsen lamp company a copy of the PH series designed by Poul Henningsen and therefor an infringement of copyright. Nordlux won the lawsuit in 2008.

Vrieland Design produced many lamps. Their main designer was Ad van Beilo. He was also awarded for the Sweazy desk lamp in 1987. Ad van Beilo also designed lighting for Raak.

Vrieland Design was active from the late 70s until the 90s.

Similar pendant lamps in a party room near Antwerp, Belgium (2016). 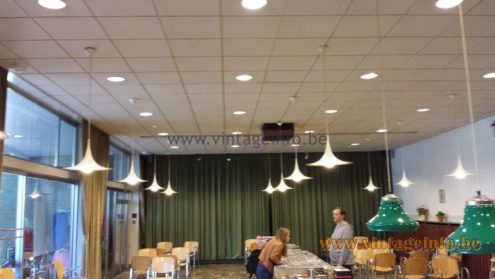