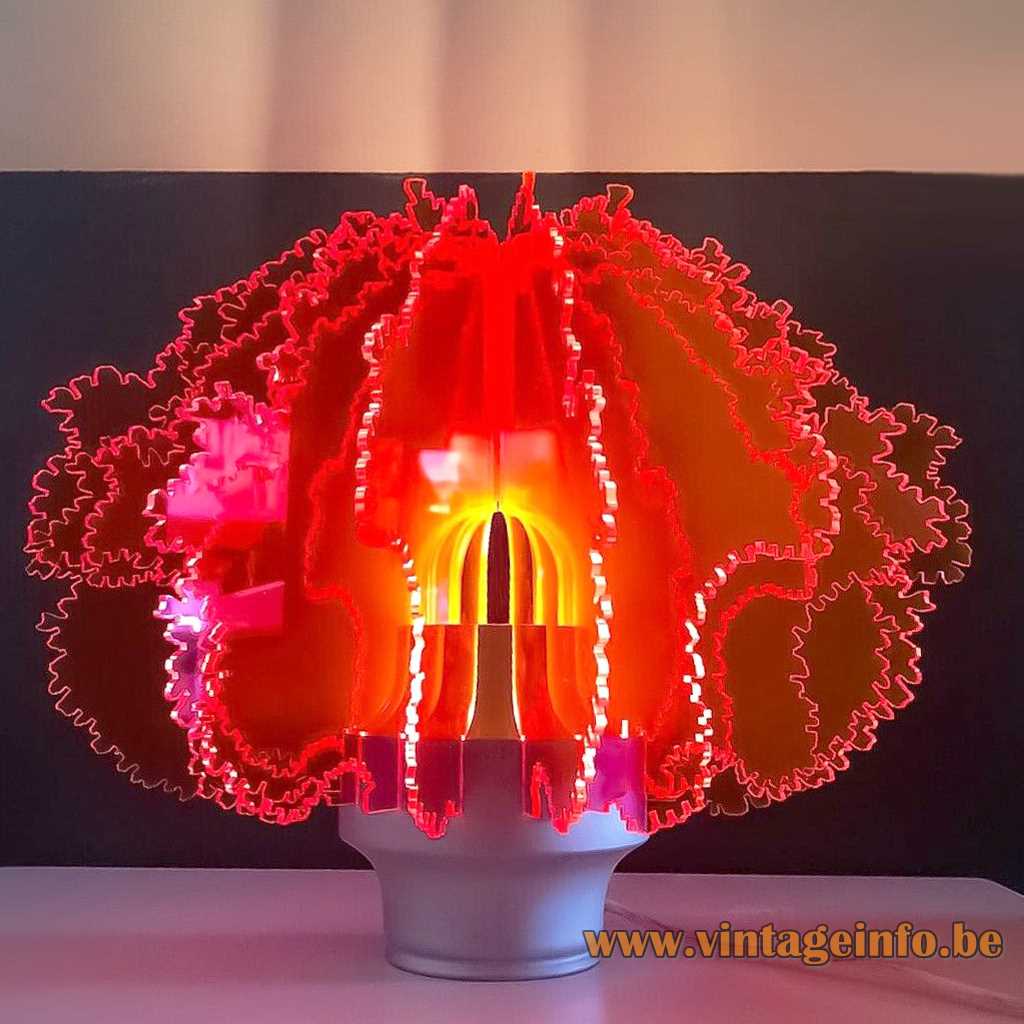 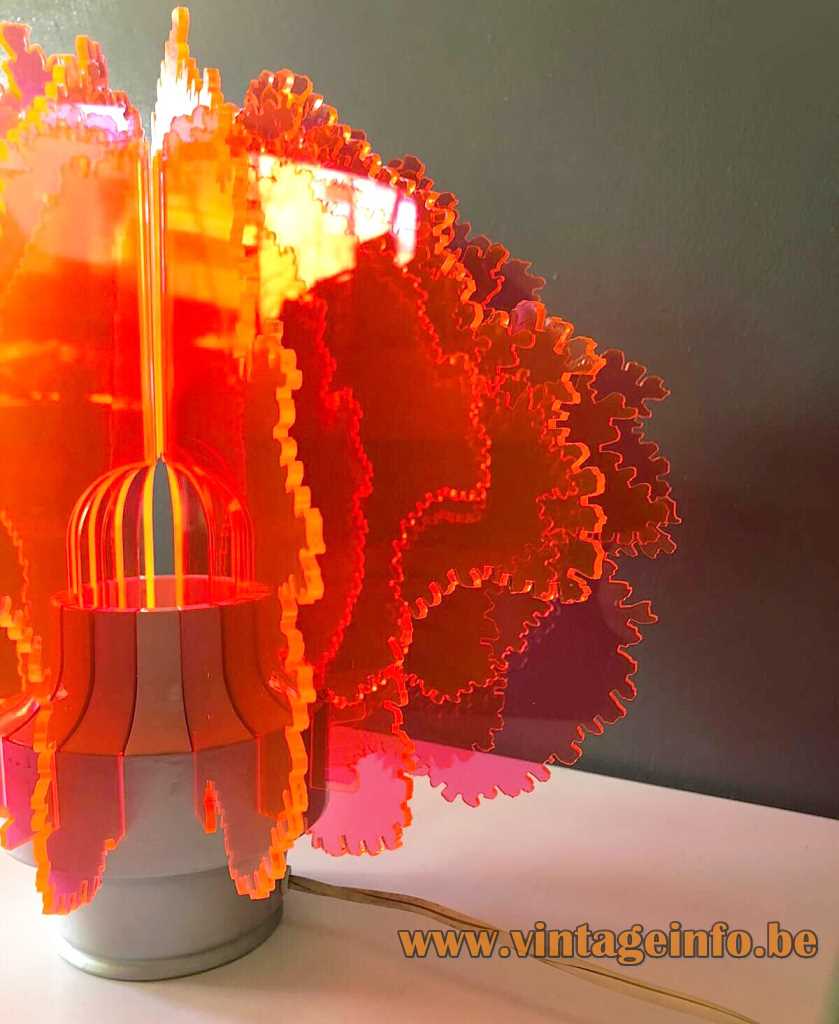 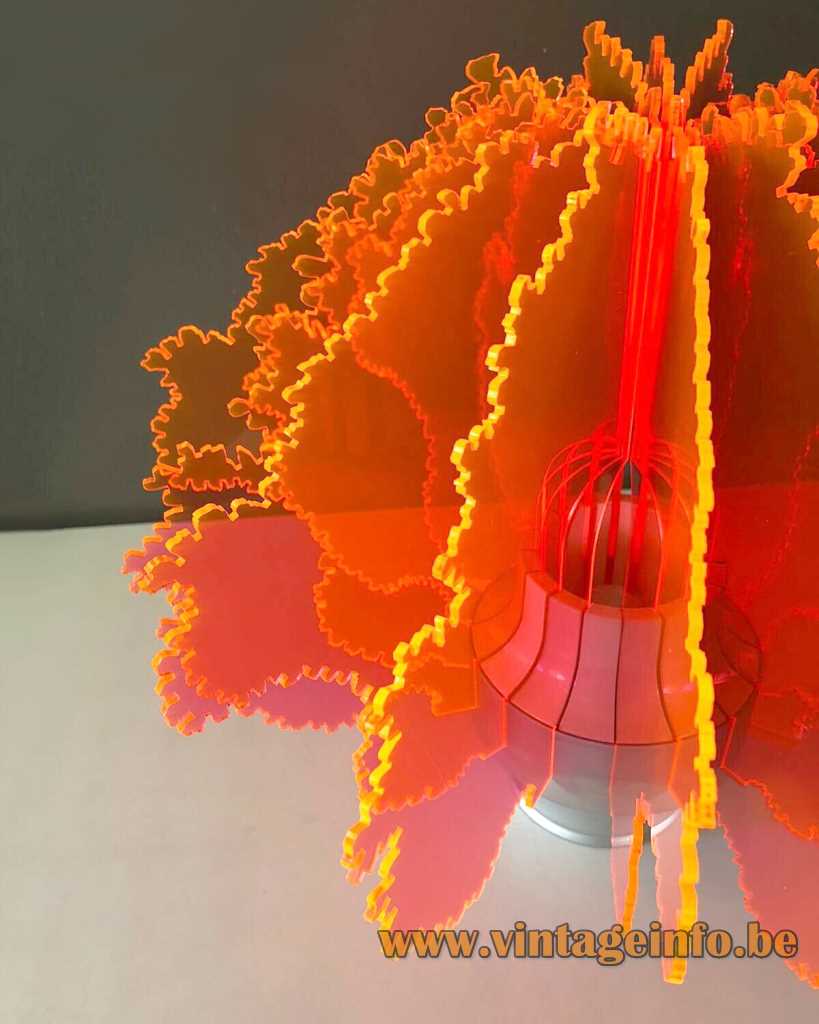 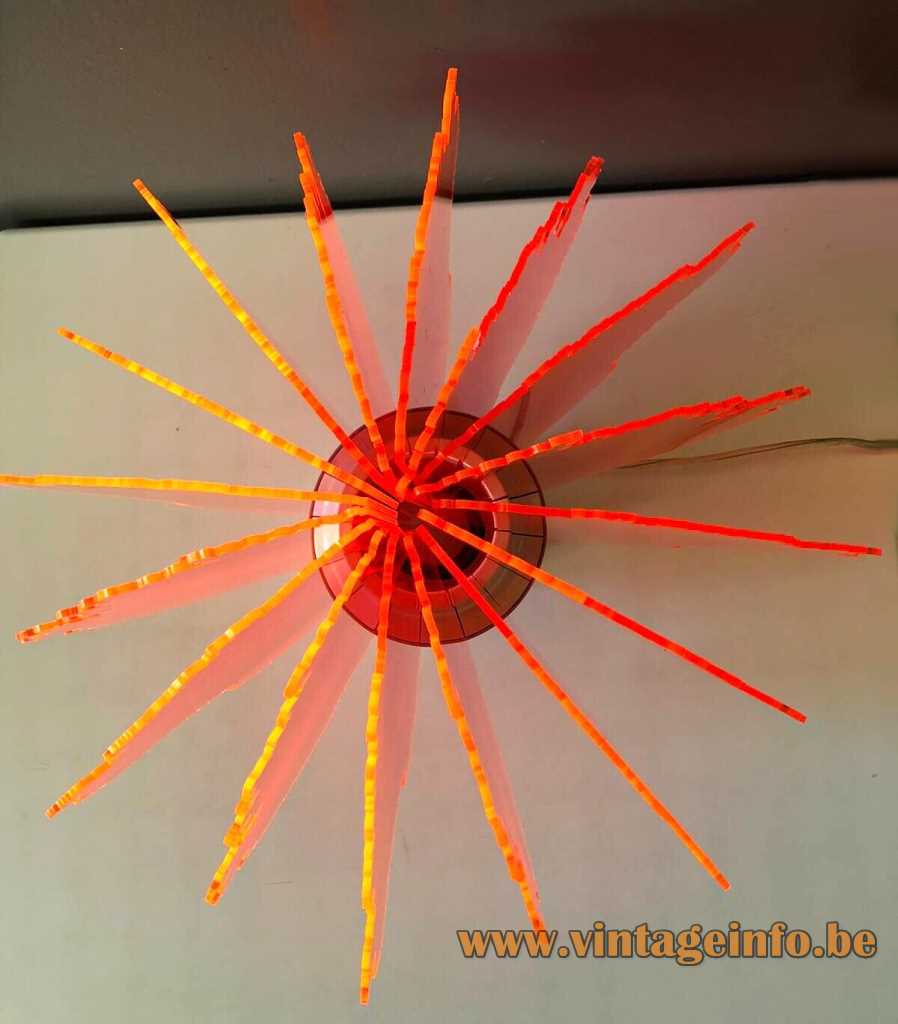 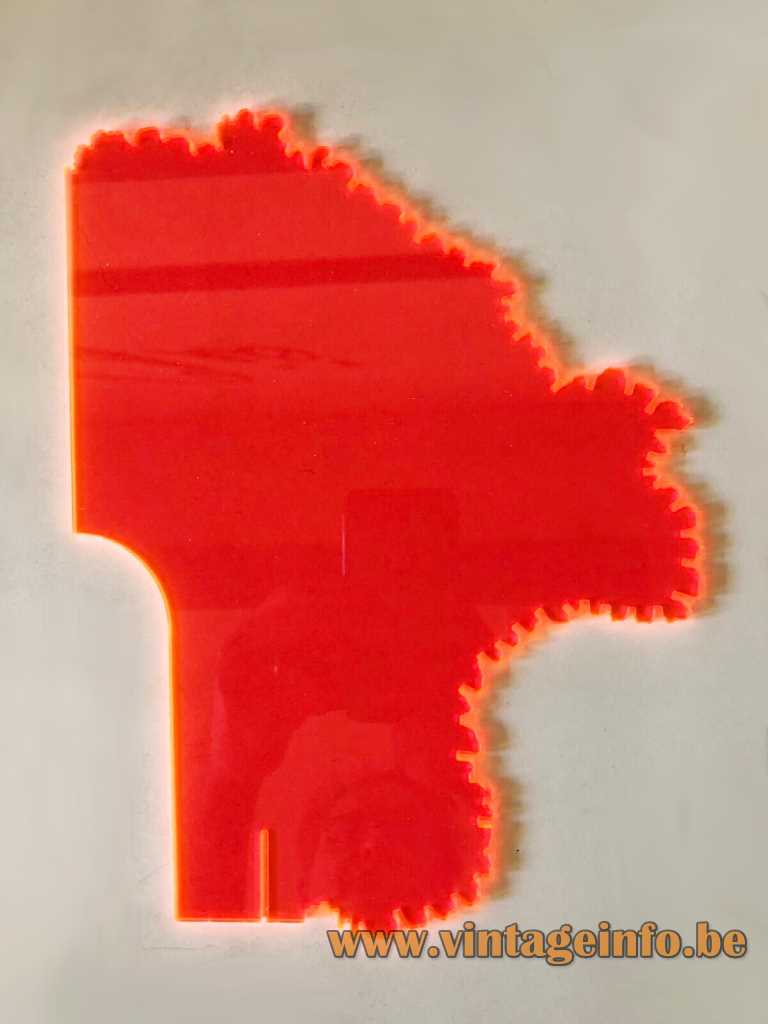 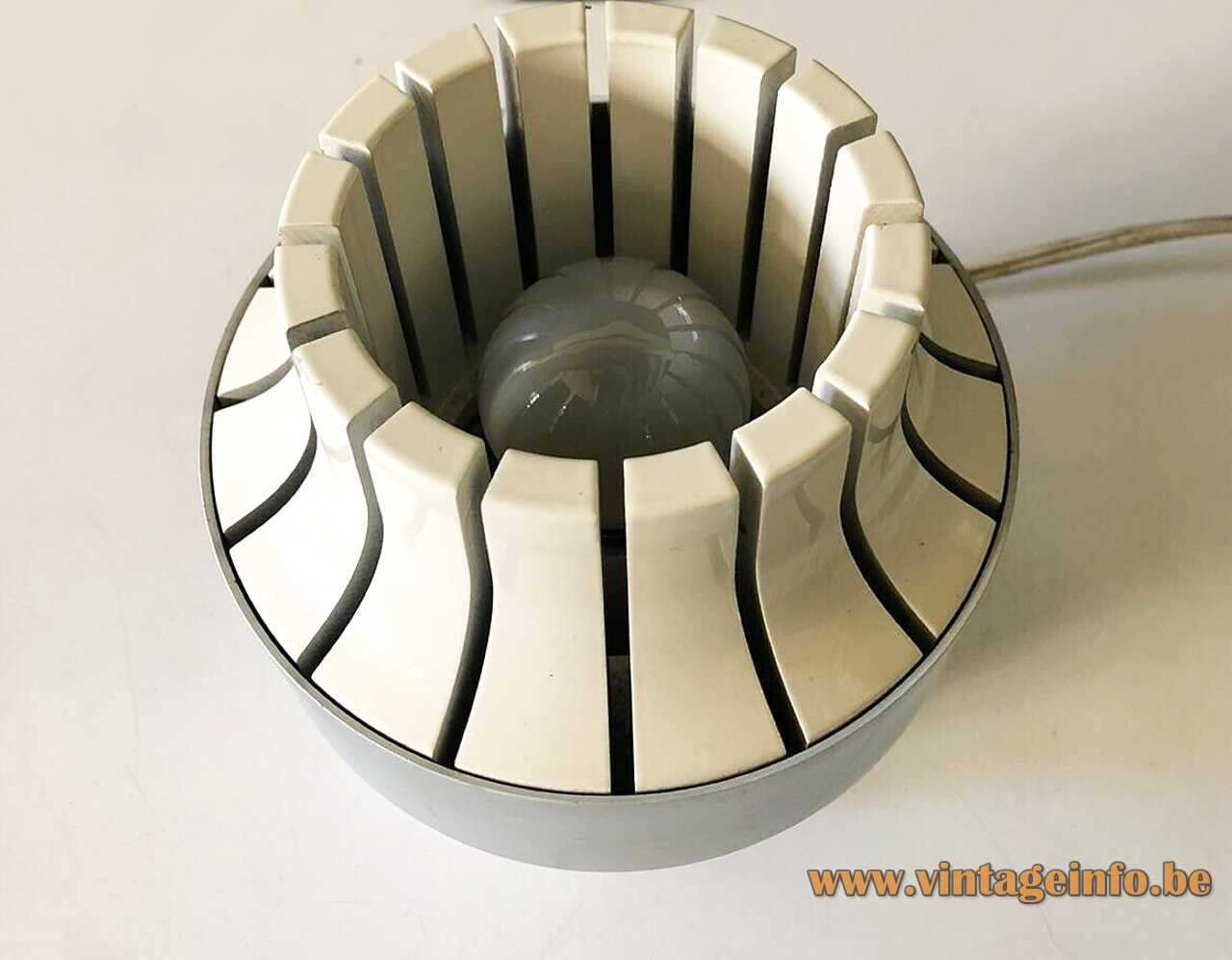 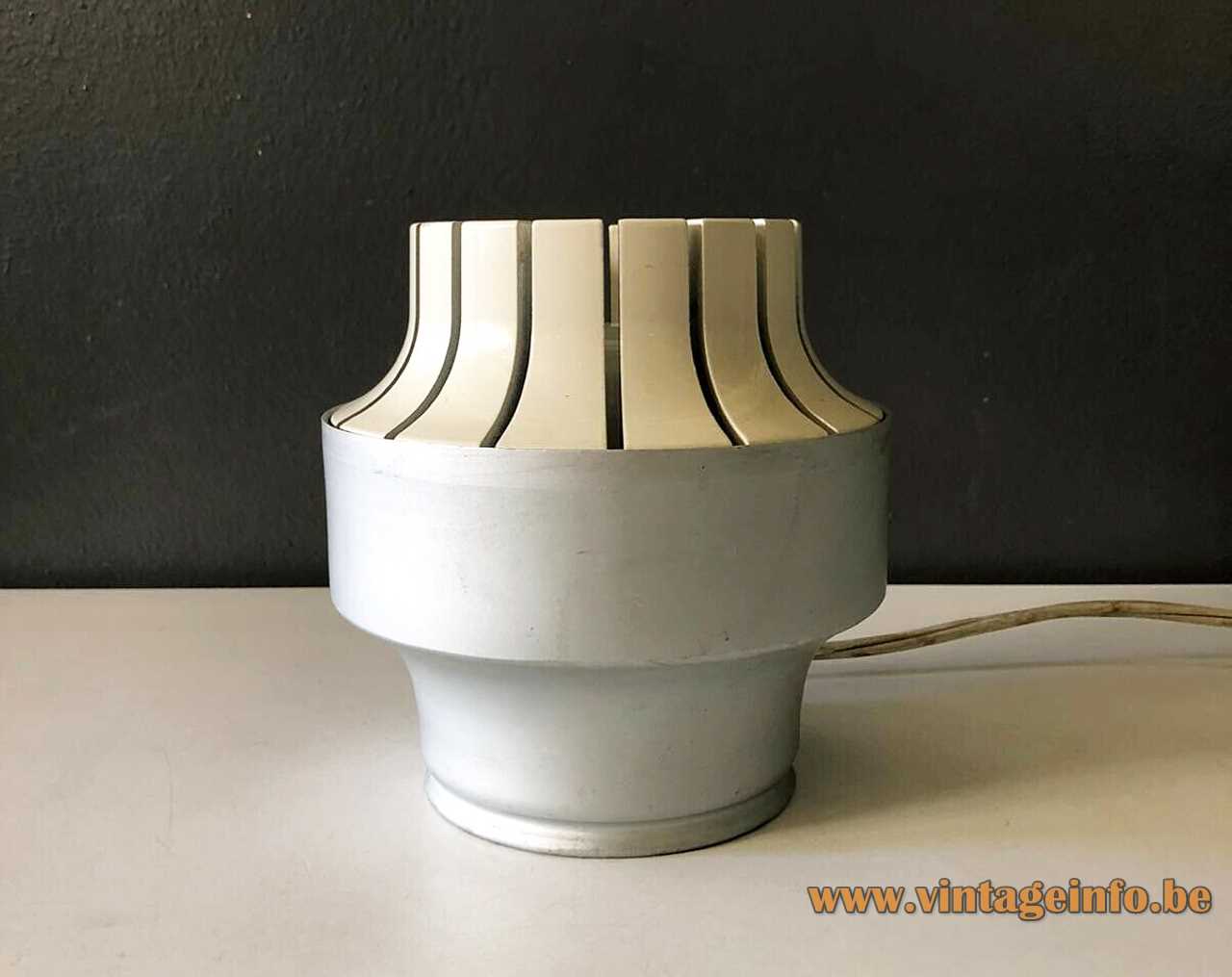 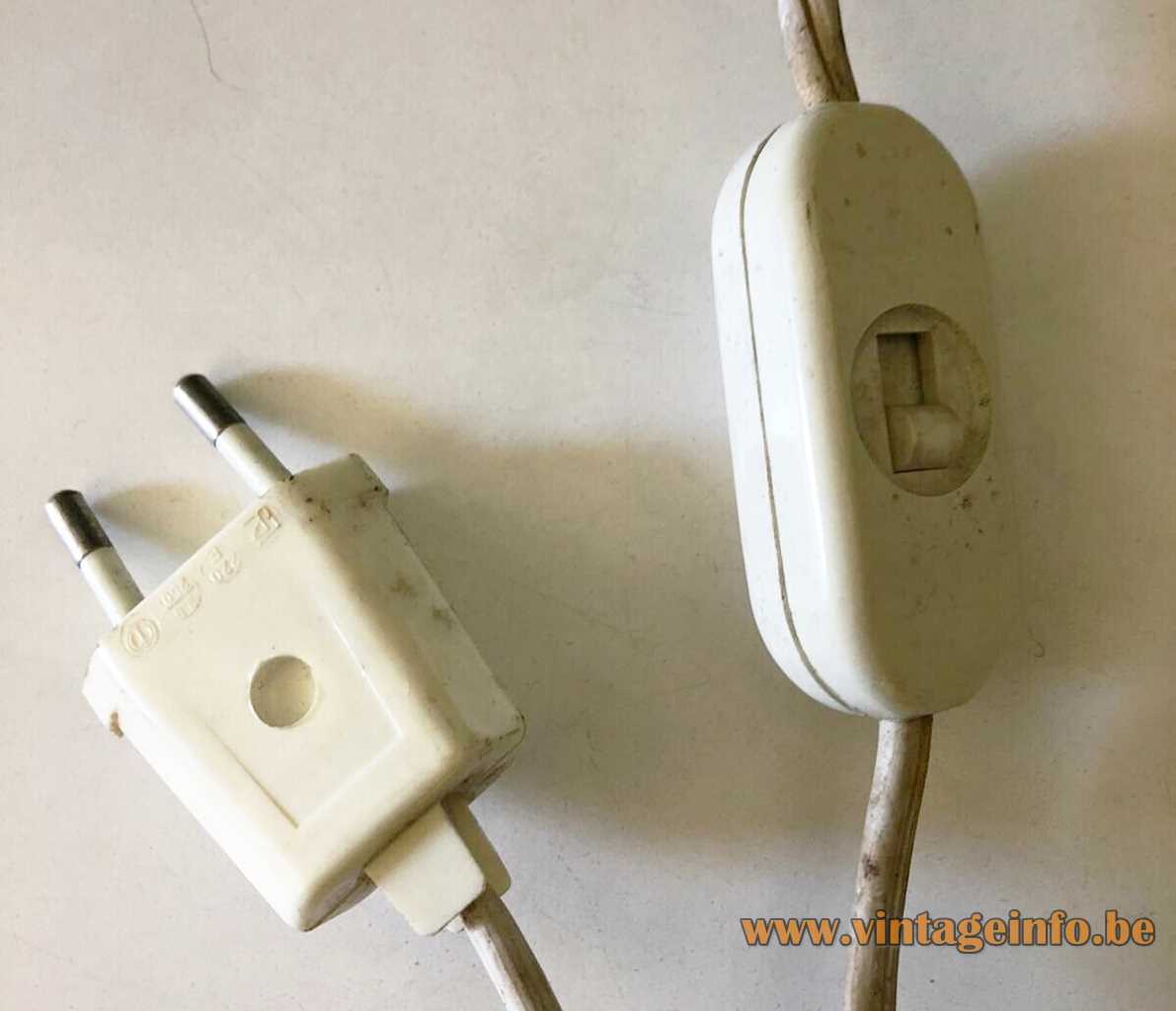 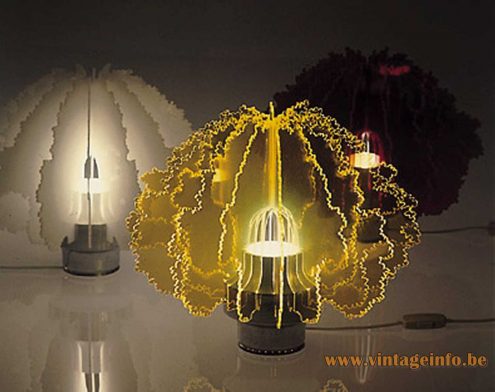 All the electric parts of this lamp were made in by the VLM Components company from Buccinasco, near Milan in Italy. Today VLM Components is owned by Relco. It is one of the biggest suppliers of switches, cords and plugs in Europe. VLM Components became famous for the switches they produce that were designed by Achille Castiglioni in 1968. The switch on this lamp is model 450, you can find it over here.

Many thanks to Cristina for the photos and the enthusiasm. You can find her shop chi.trova.cerca on eBay over here.

These table lamps were released under the Design House label. It was used for a short time by Harvey Guzzini in the late 1960s, early 1970s.  Also a store was opened in 1969 in the center of Milan under the name Harvey Guzzini-DH.

The complete name of the lamp is Cespuglio di Gino. It was an homage of Ennio Lucini to Gino Marotta, another designer. Marotto displayed acrylic flowers in the Galleria dell’ Ariete (Aries Gallery) in Milan in 1965 as an artificial reconstruction of nature. Cespuglio is the Italian word for bush.

The idea for the lamp itself came from cardboard models of trees, stars and suns by Balla, at the Galeria l’ Obelisco (Obelisk Gallery) in Rome.

Ennio Lucini was born in 1934. The industrial designer received several prizes, among them the golden compass. He designed, among others, a pressure cooker, a periscope style clock, several board games, drinking glasses and a few lamps. This lamp is his most famous. He designed for Gabbianelli, Barazzoni, Franco Pozzi Ceramica, Ponta di Brera, Design House and many others. Ennio Lucini passed away in 1997.

Table lamp in this style: