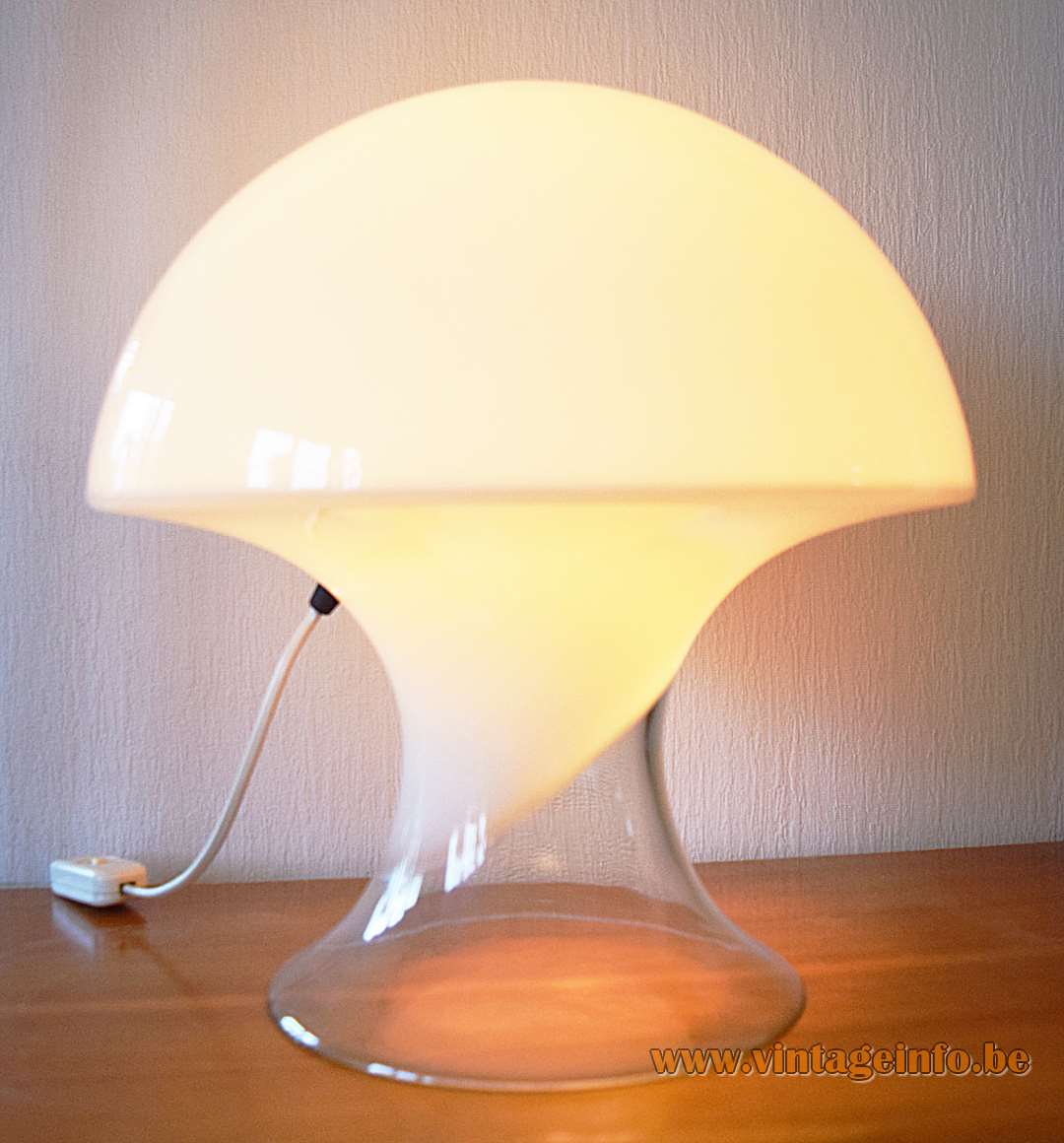 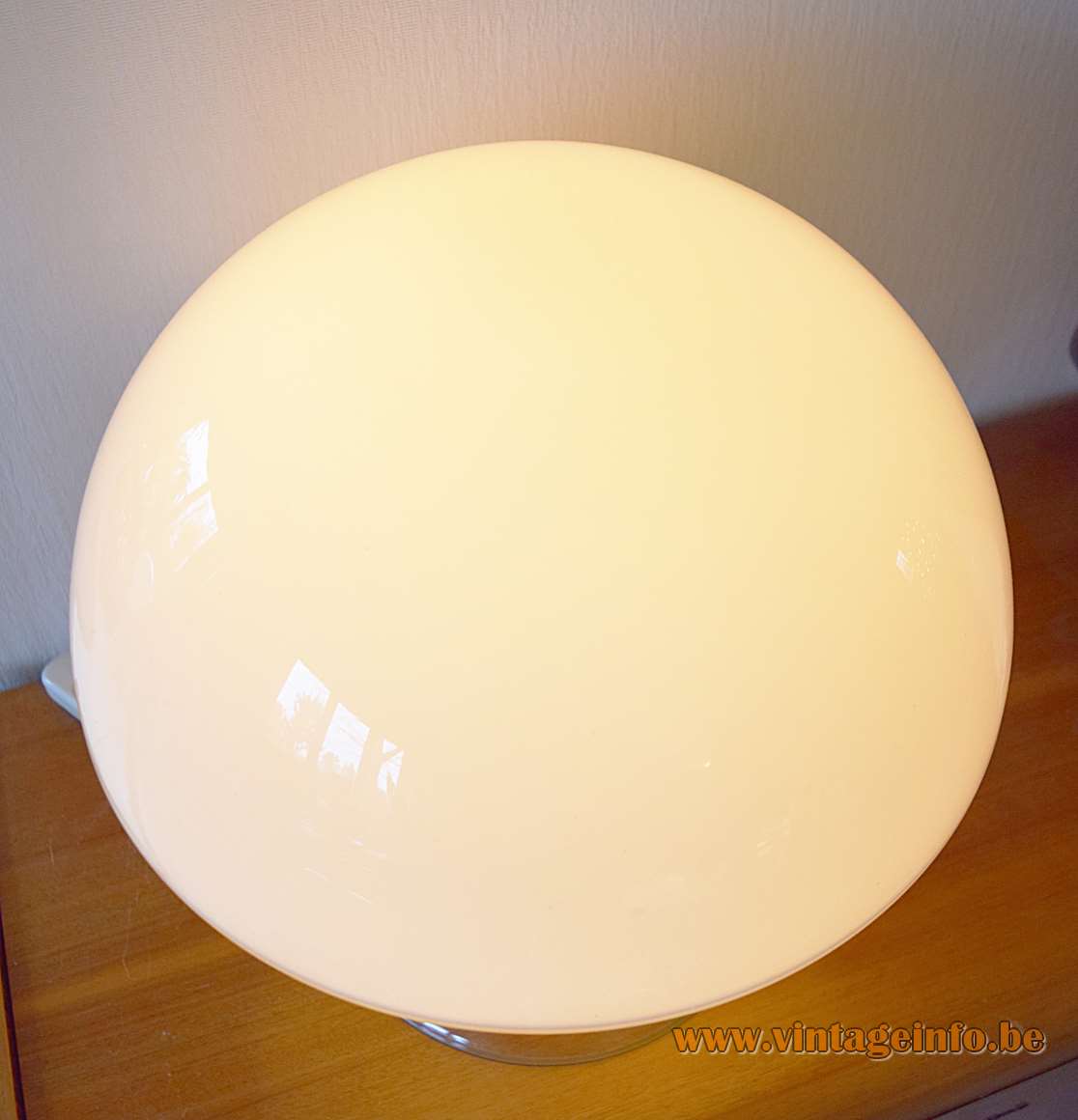 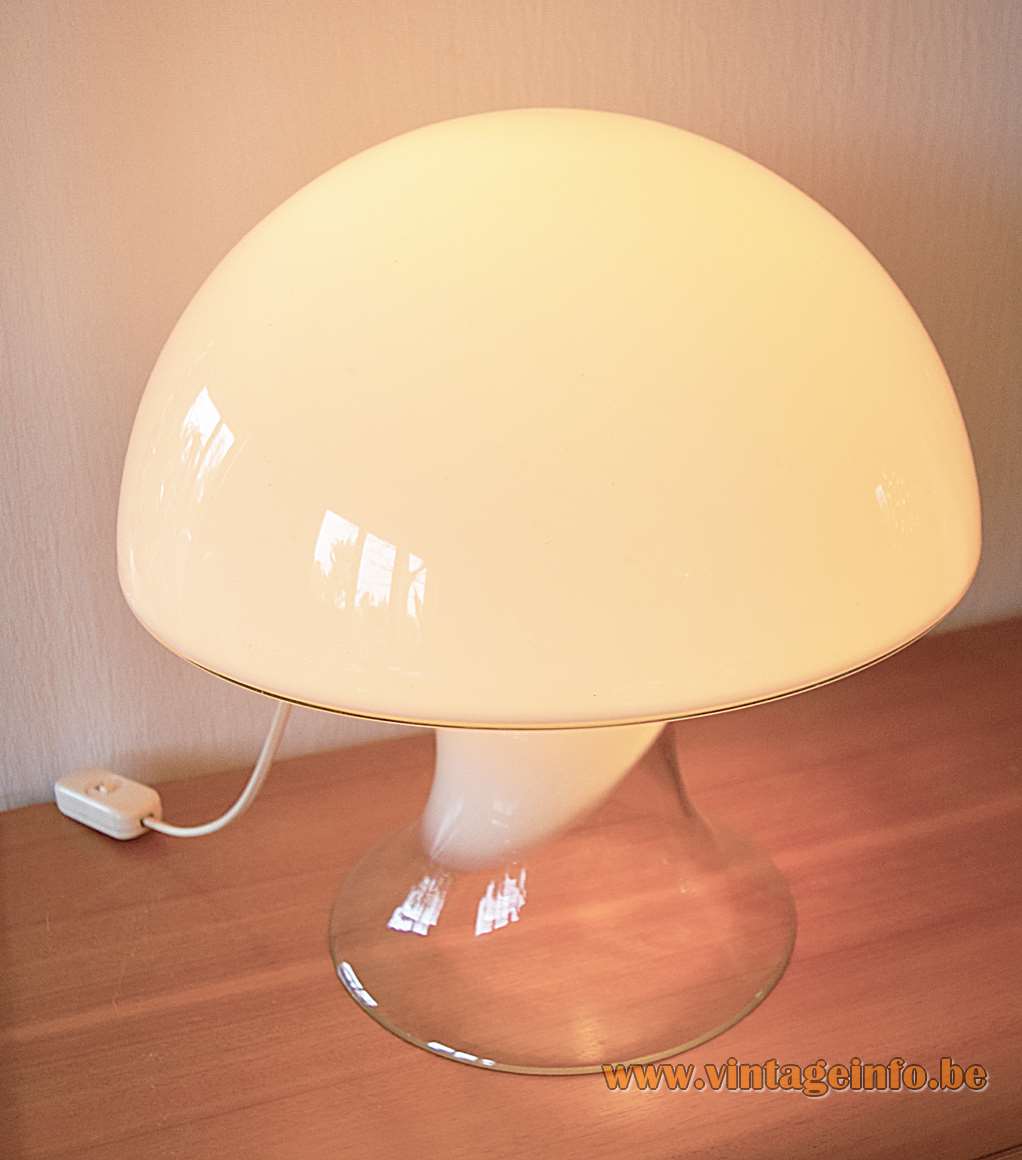 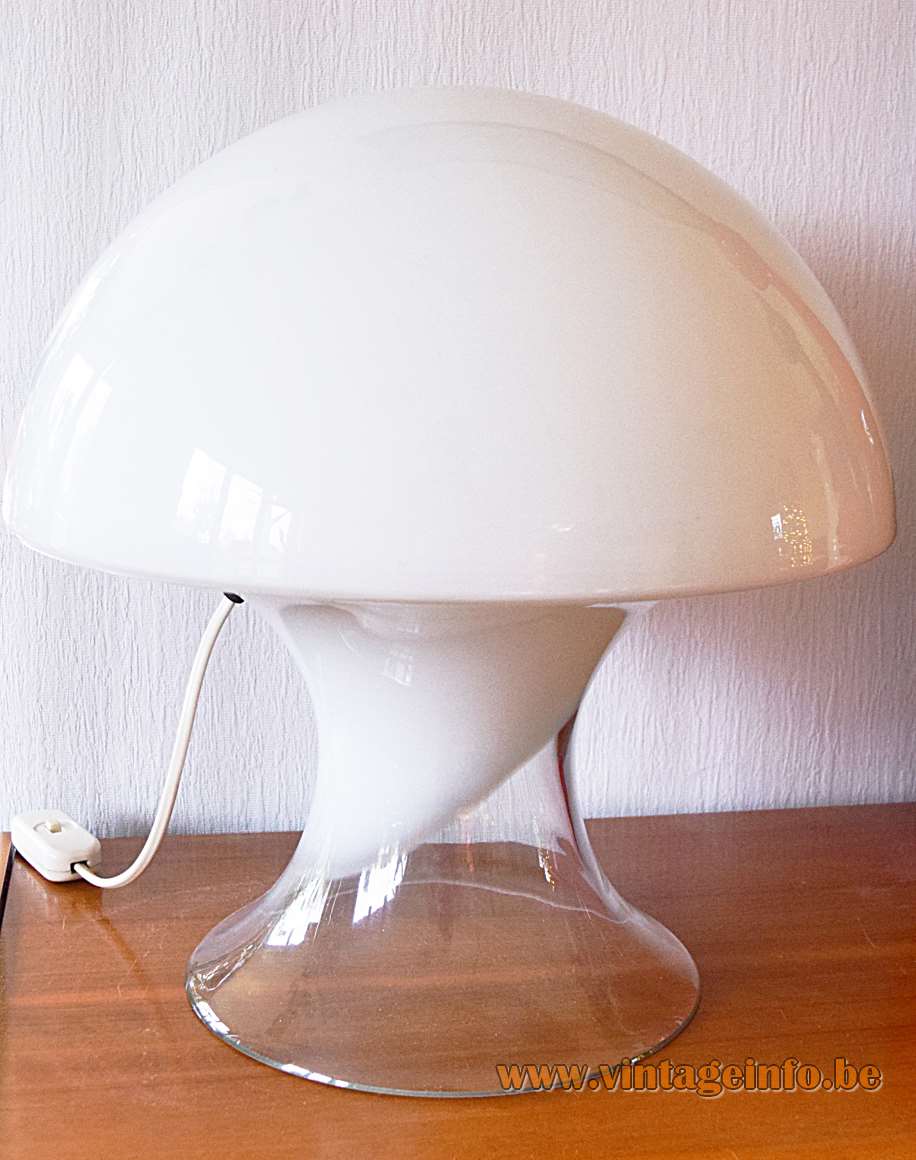 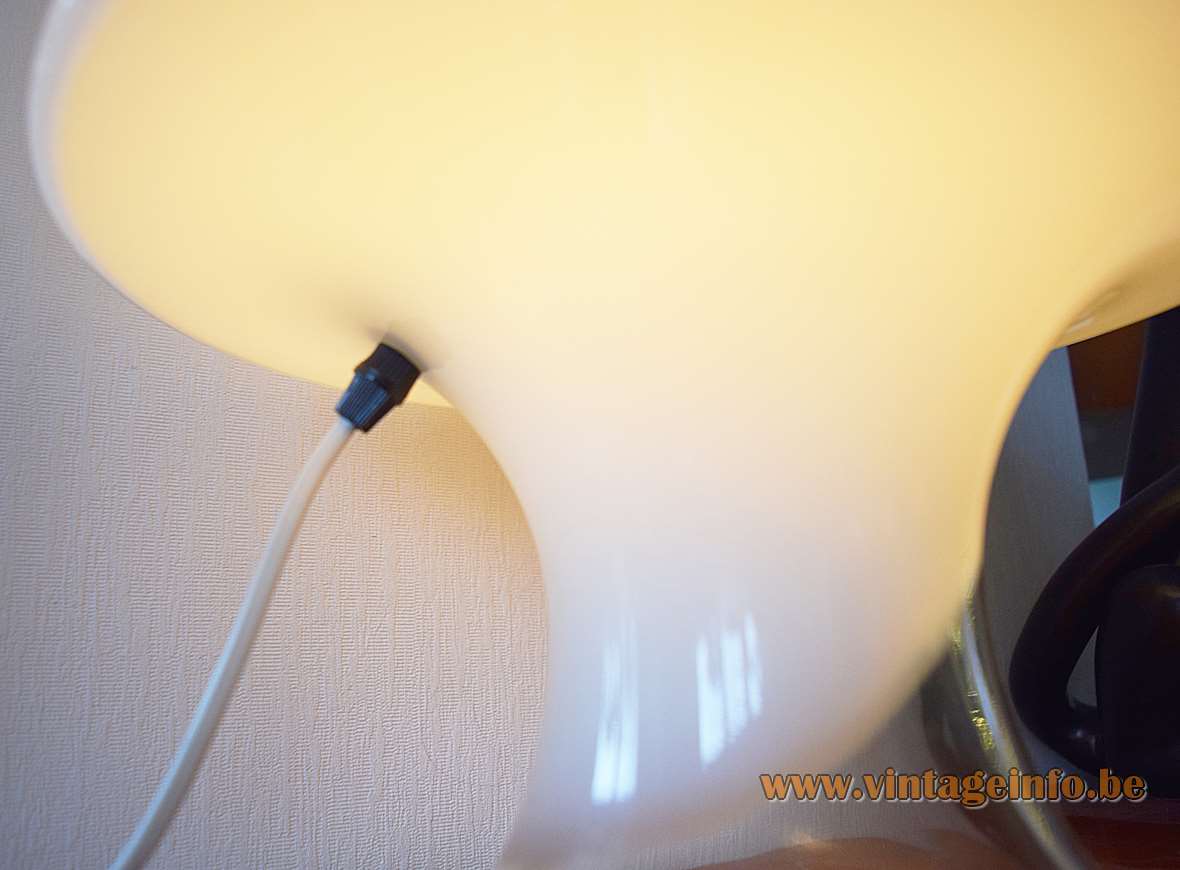 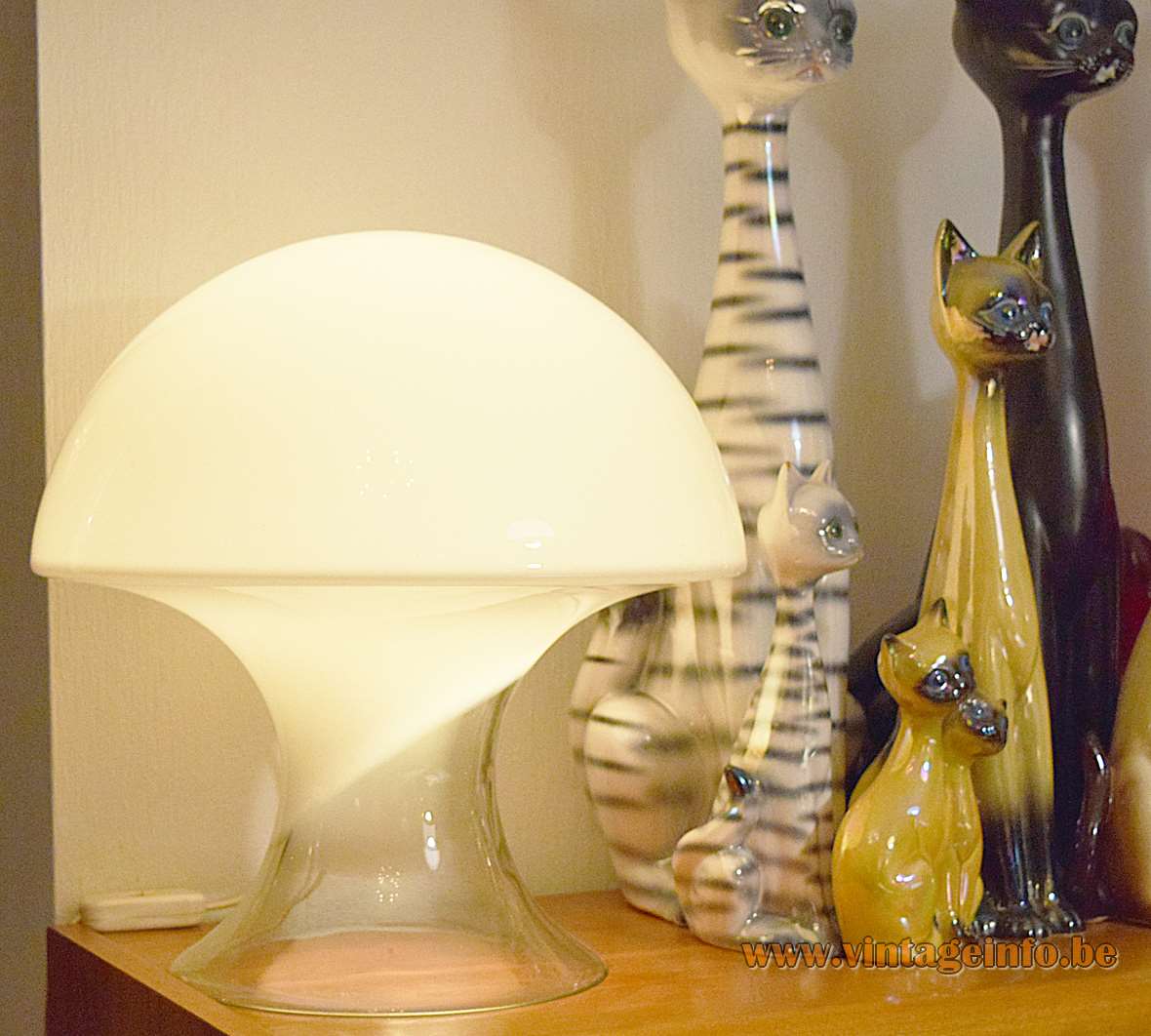 A Vistosi Cumulus table lamp was used as a prop in the comedy film Bedside Dentist from 1971. The original Danish name is Tandlæge på sengekanten. 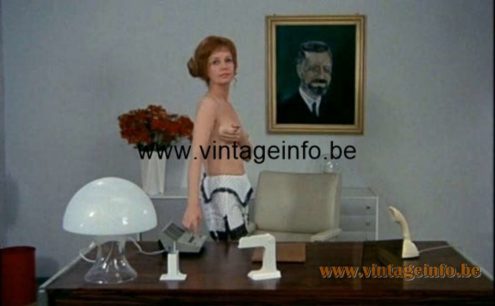 A Vistosi Cumulus table lamp was used as a prop in the 1975 American political thriller film Three Days of the Condor. A film directed by Sydney Pollack starring Robert Redford and Faye Dunaway. 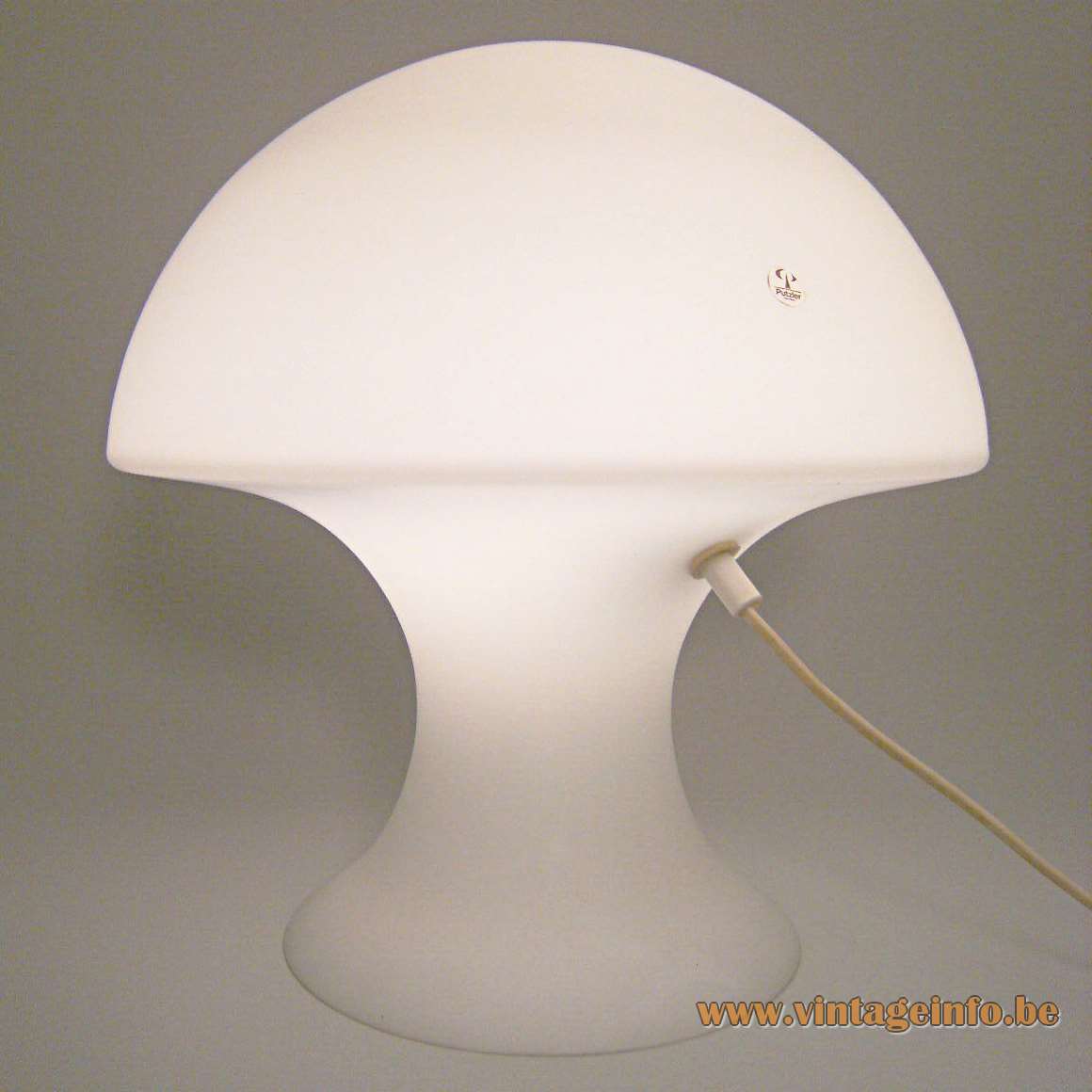 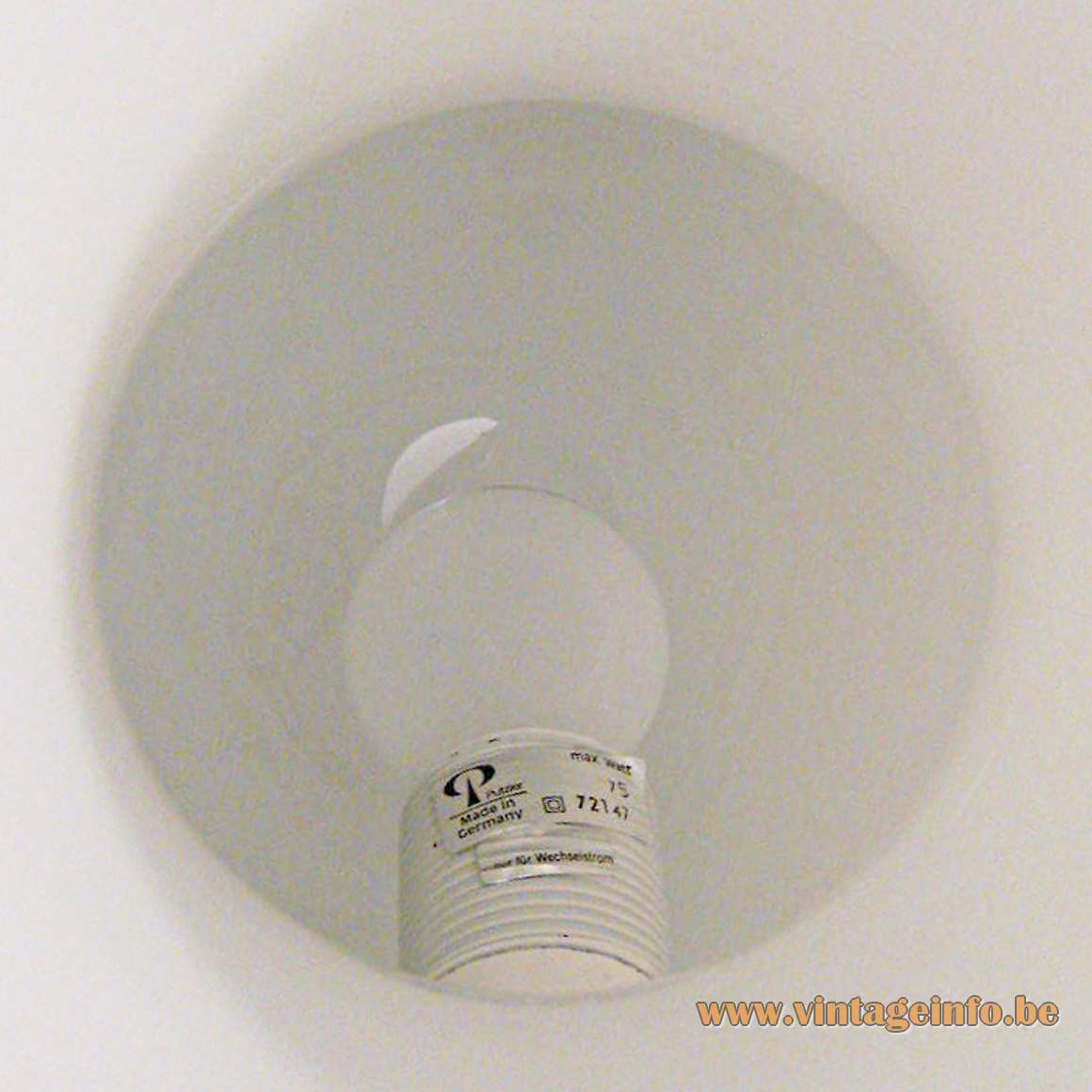 Many thanks to Peter from BGgalleries for the catalogue picture, you can find his website over here.

Other Versions: The Vistosi Cumulus table lamp exists in 1 version. No other versions exists. It is model L-249.

This table lamp is often presented as a lamp designed by Luciano or Gino Vistosi, but it is not, as you can see in the catalogue picture.

In the USA this lamp was sold by Koch & Lowy.

The German company Peill + Putzler made an almost identical lamp with the same dimensions, as you can see below with a label. It often leads to confusions.

Enrico Capuzzo also designed glass objects and lamps for the other famous Murano company Venini, together with Paolo Venini.

Capuzzo is/was an architect and he designed many buildings such as the Palasport Giobatta Gianquinto (Palasport Arsenale) in Venice, Italy in 1977. 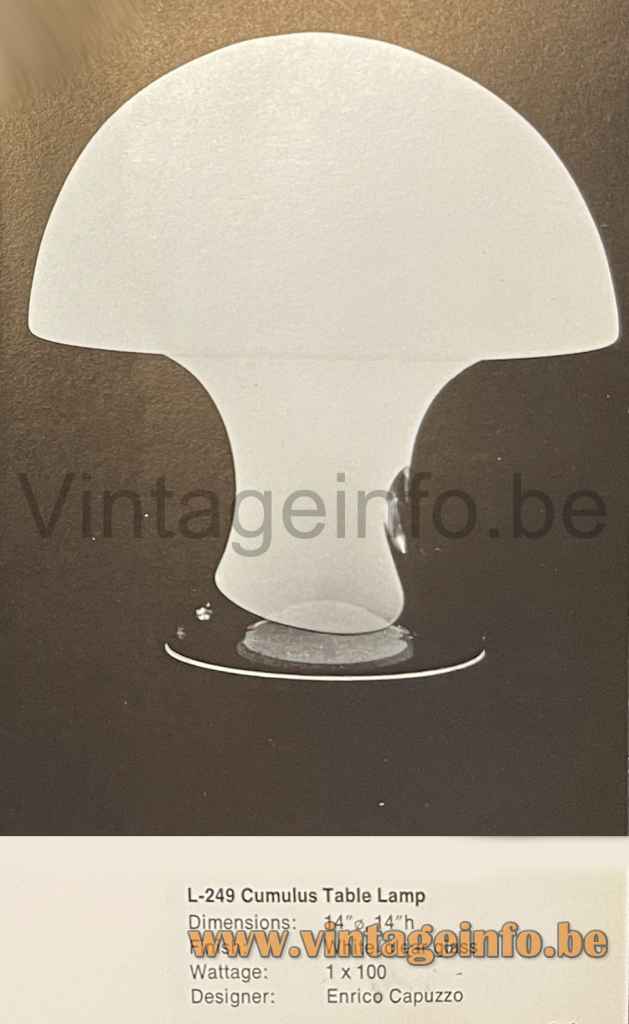 The Vistosi history can be found on their website: www.vistosi.com/company/history