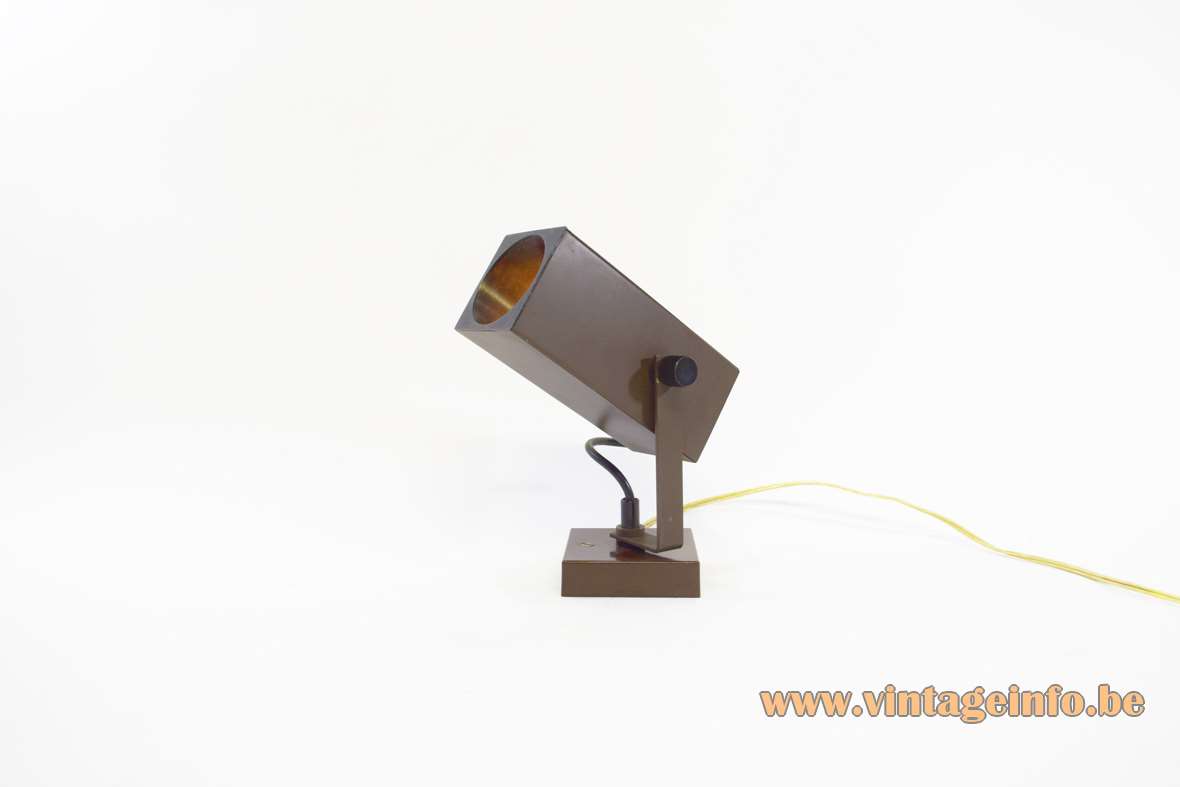 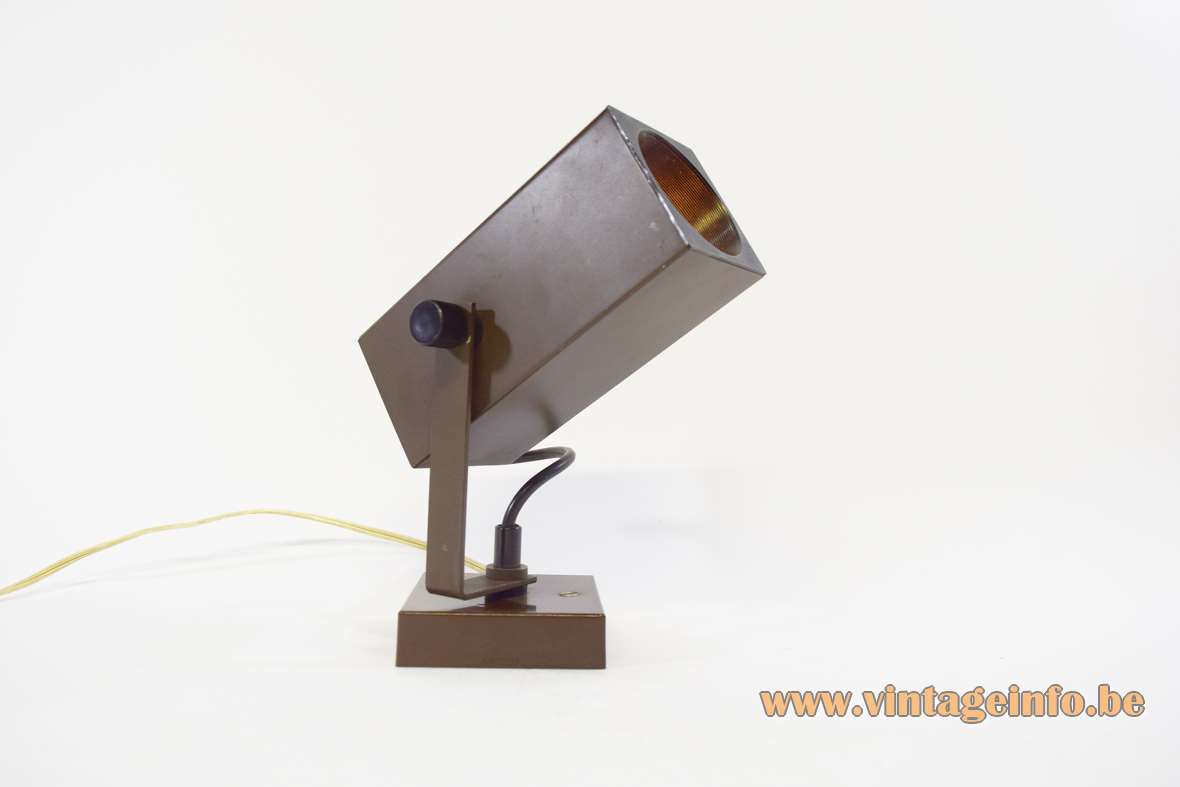 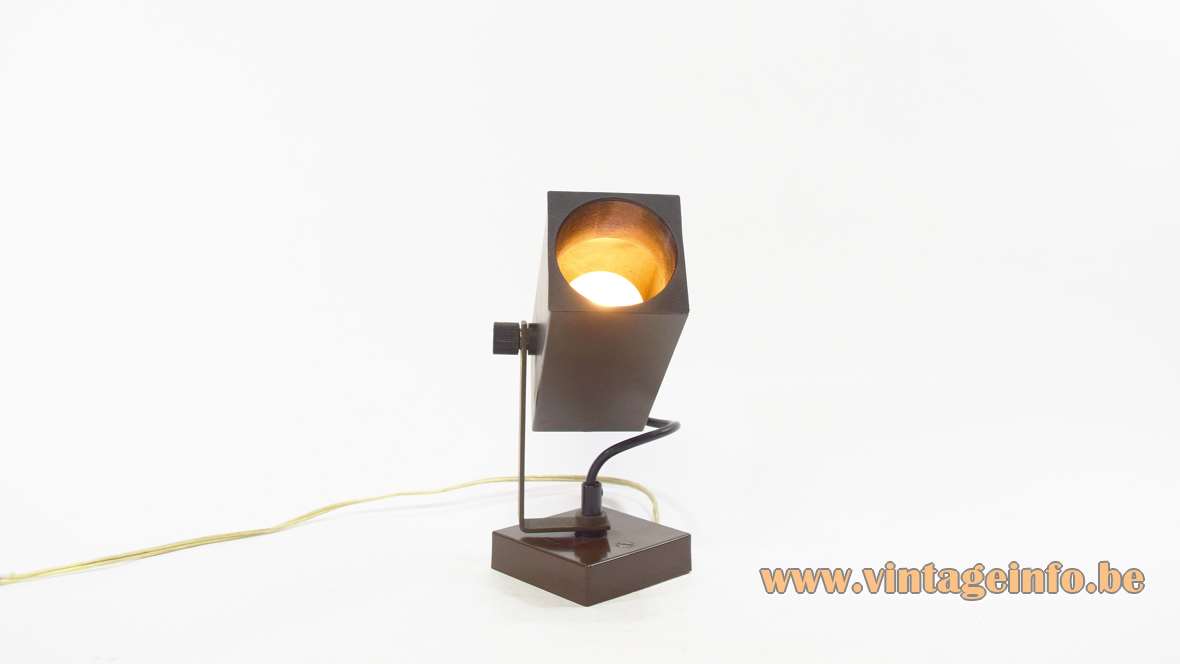 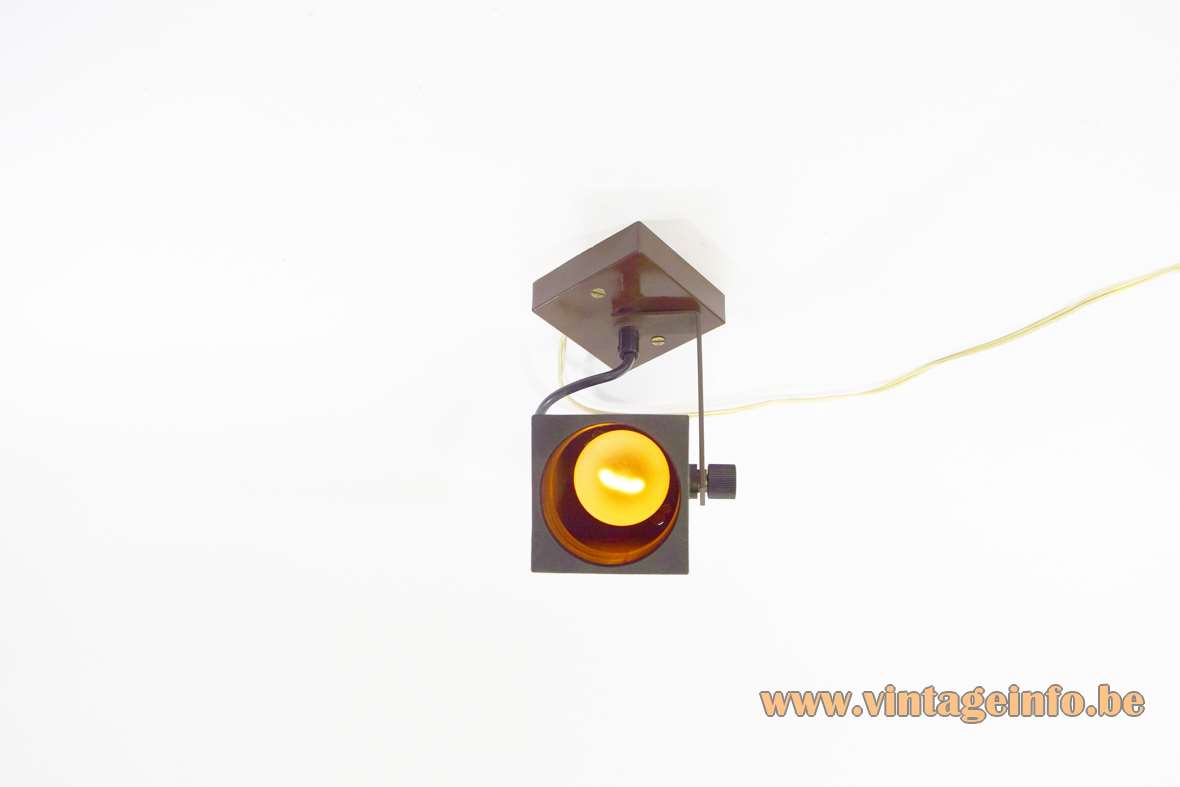 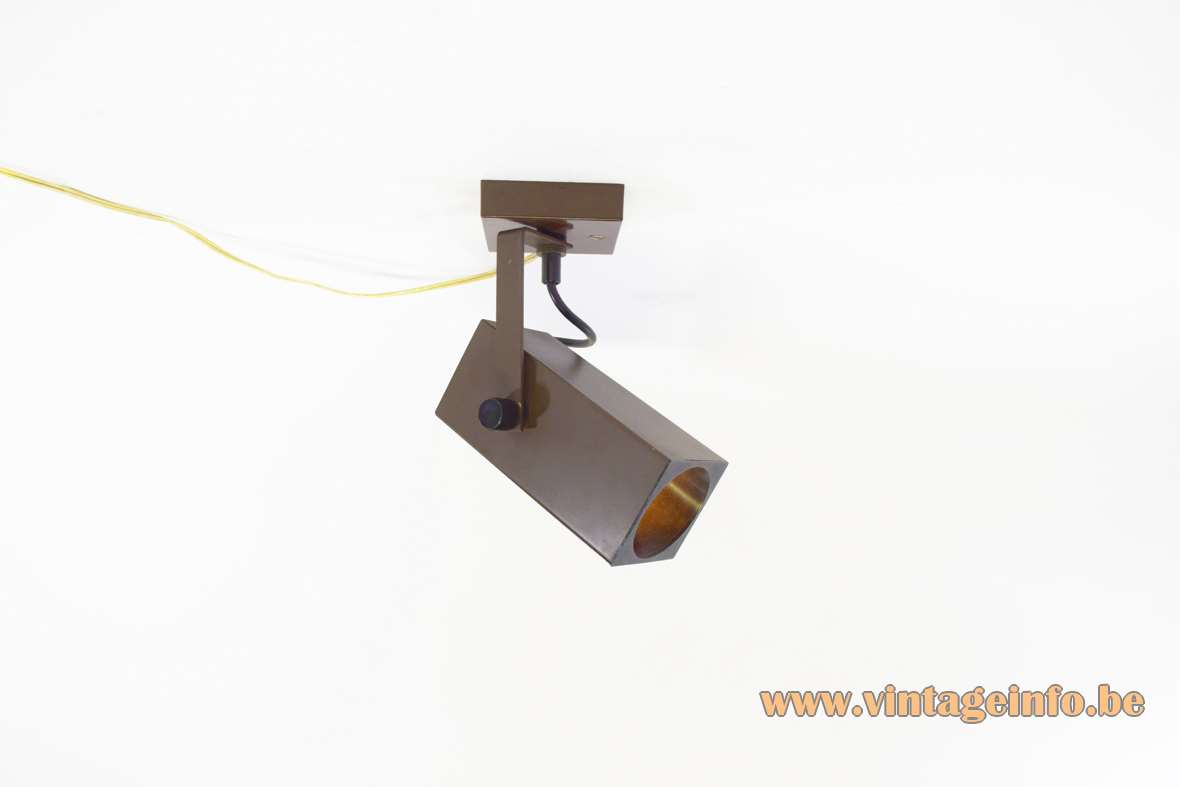 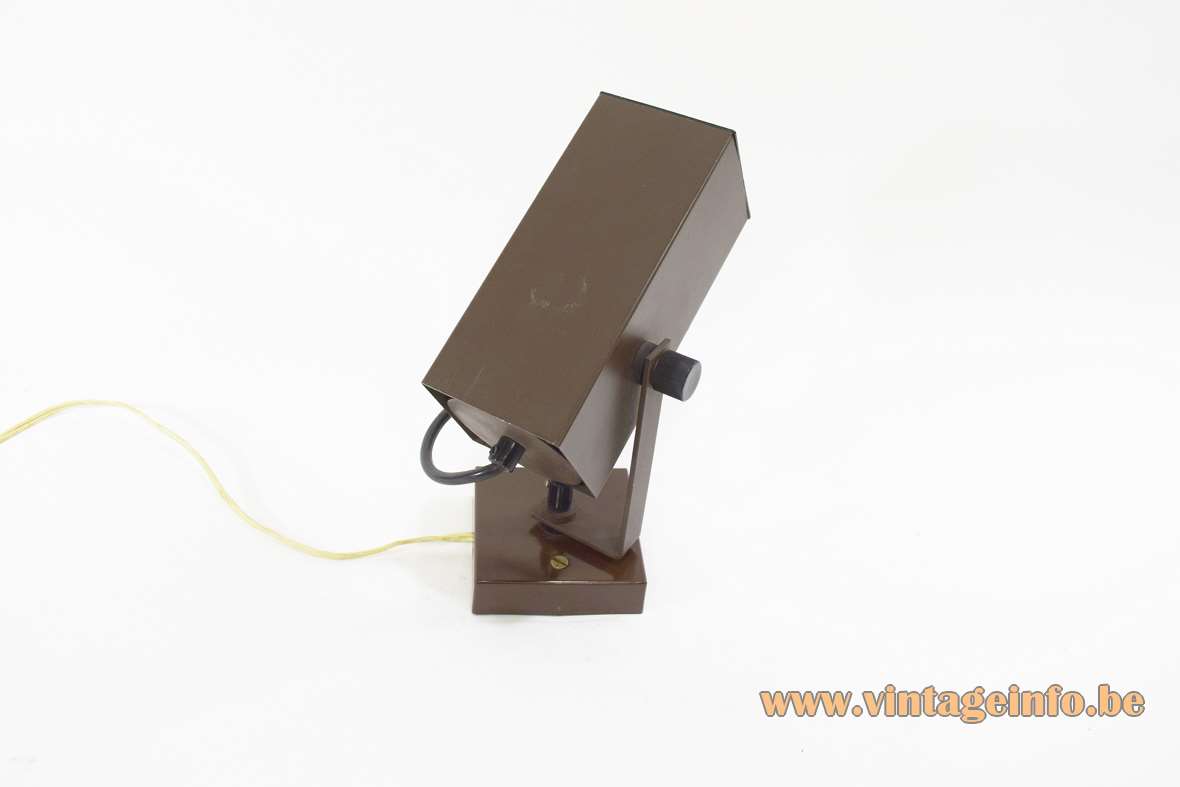 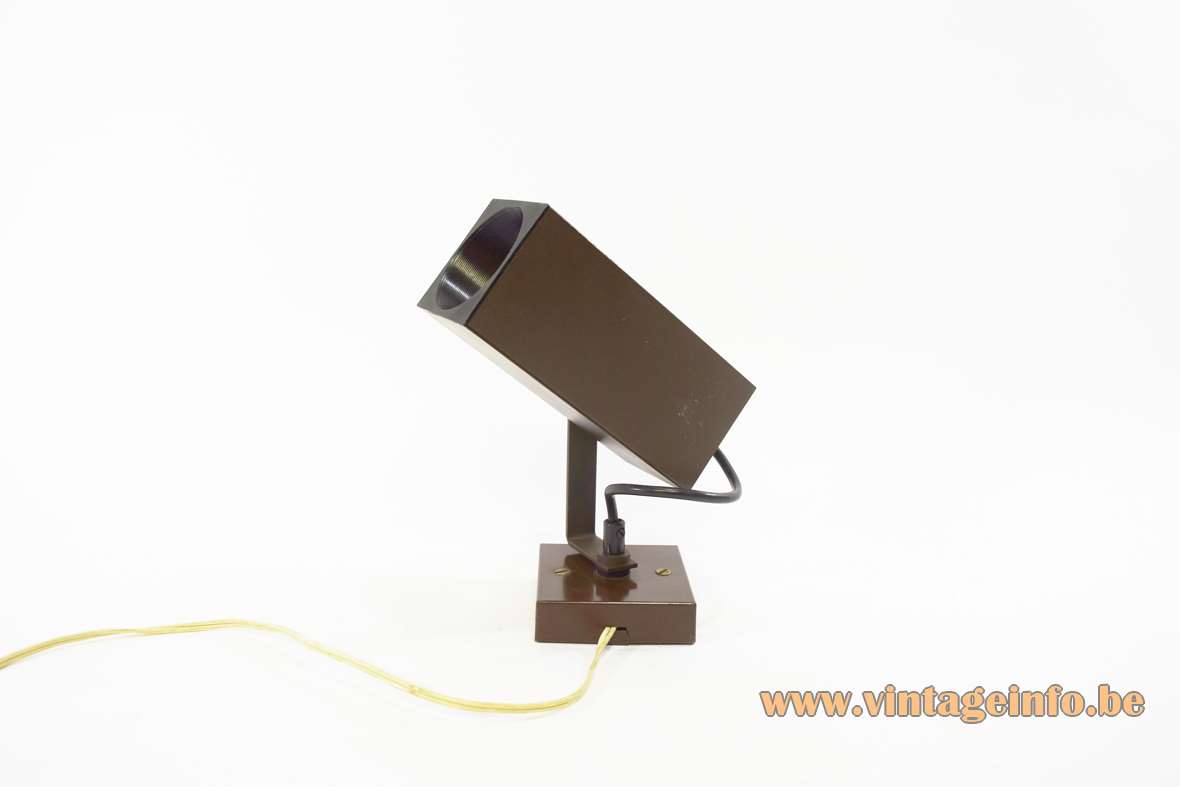 Other versions: This adjustable spotlight wall lamp exists in many colours and variations. Also made with a long rod and double or more lights. It can be used as a ceiling lamp, wall light or picture light. Some people even use it as a table lamp or desk light. Versions exists with chrome parts. This lamp is model NCS 104, as you can see below in the catalogue picture from the 70’s. Also lamps for rails were produced.

Almost similar lamps were produced by Brilliant Leuchten, Germany and/or Fase from Spain. You can find one over here. 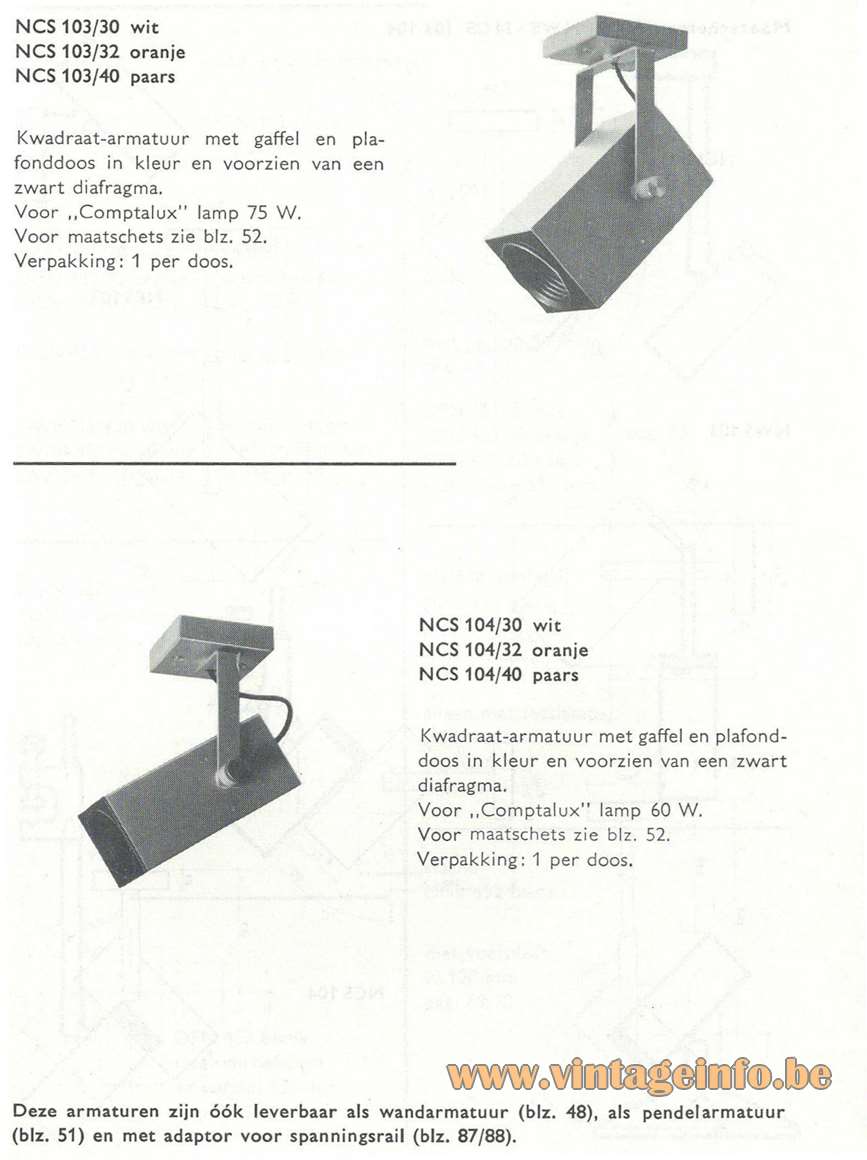 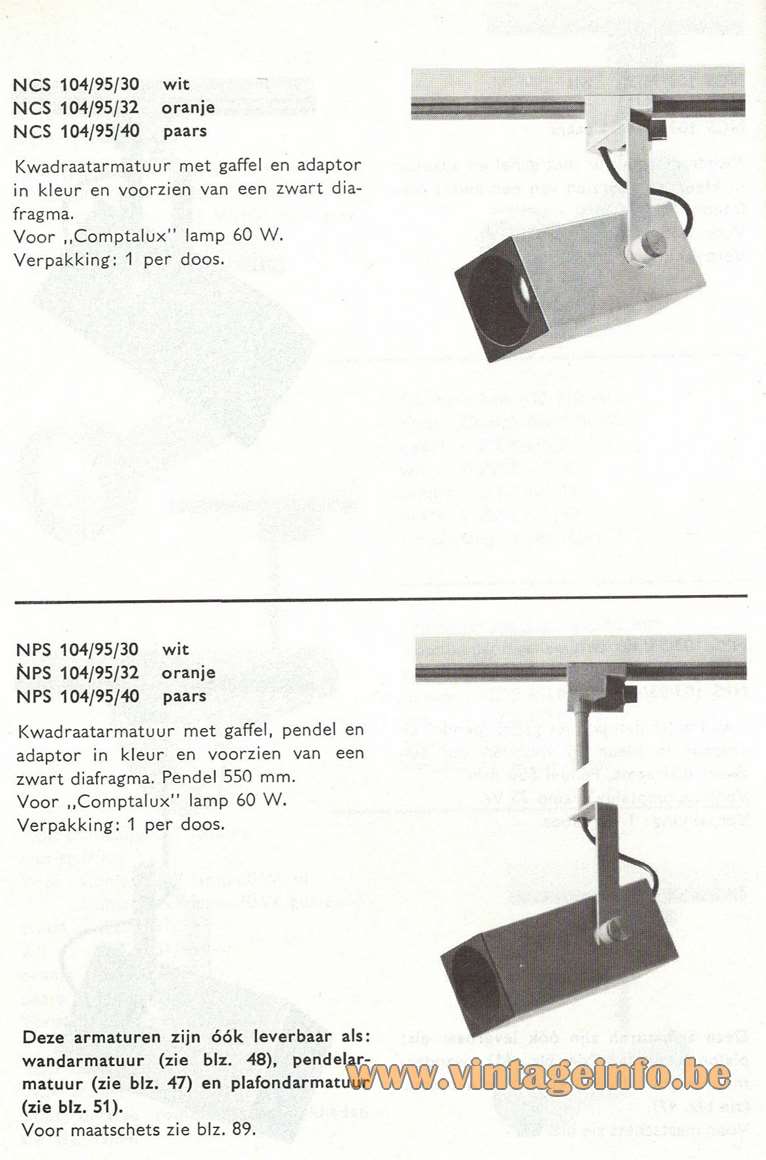 Many thanks to Walter for the catalogue. He is one of the administrators of the Facebook group “Antiek Kunst taxatie” (Antique Art appraisal).