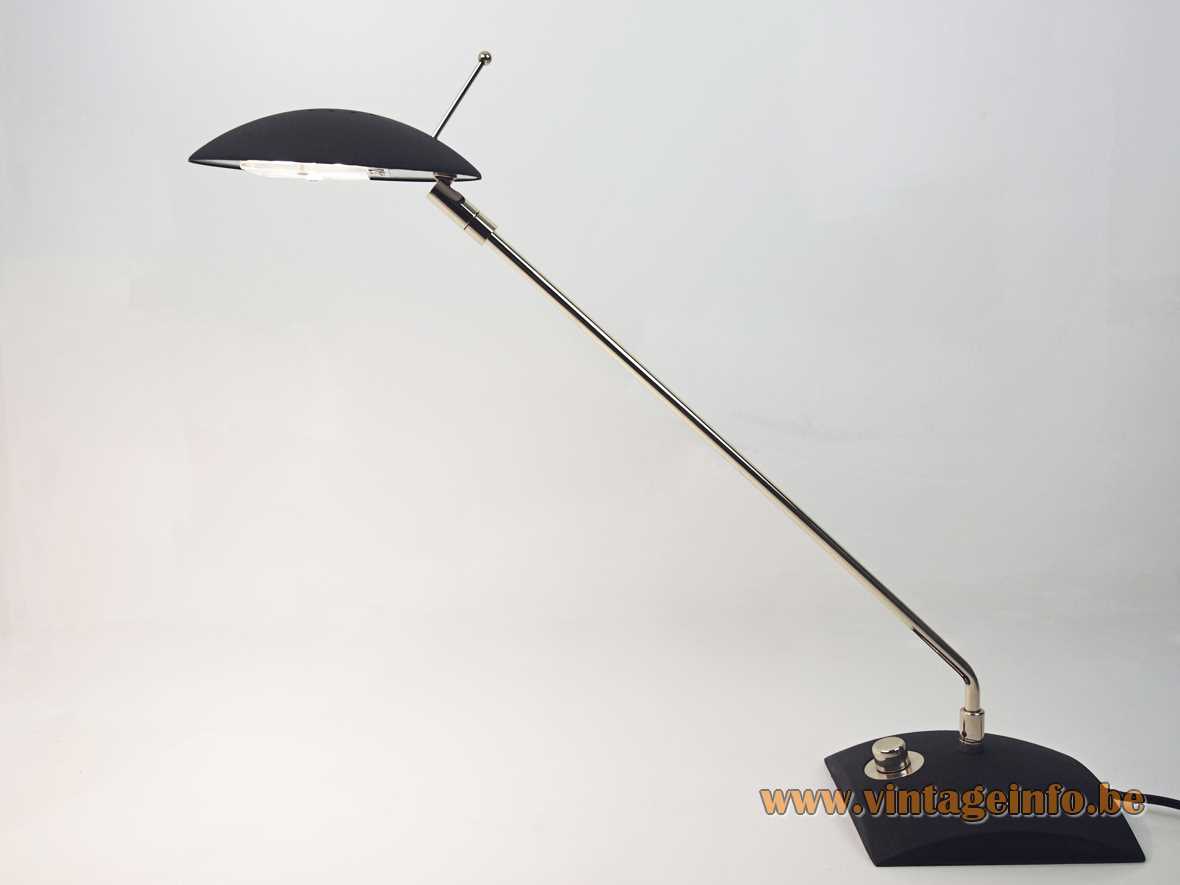 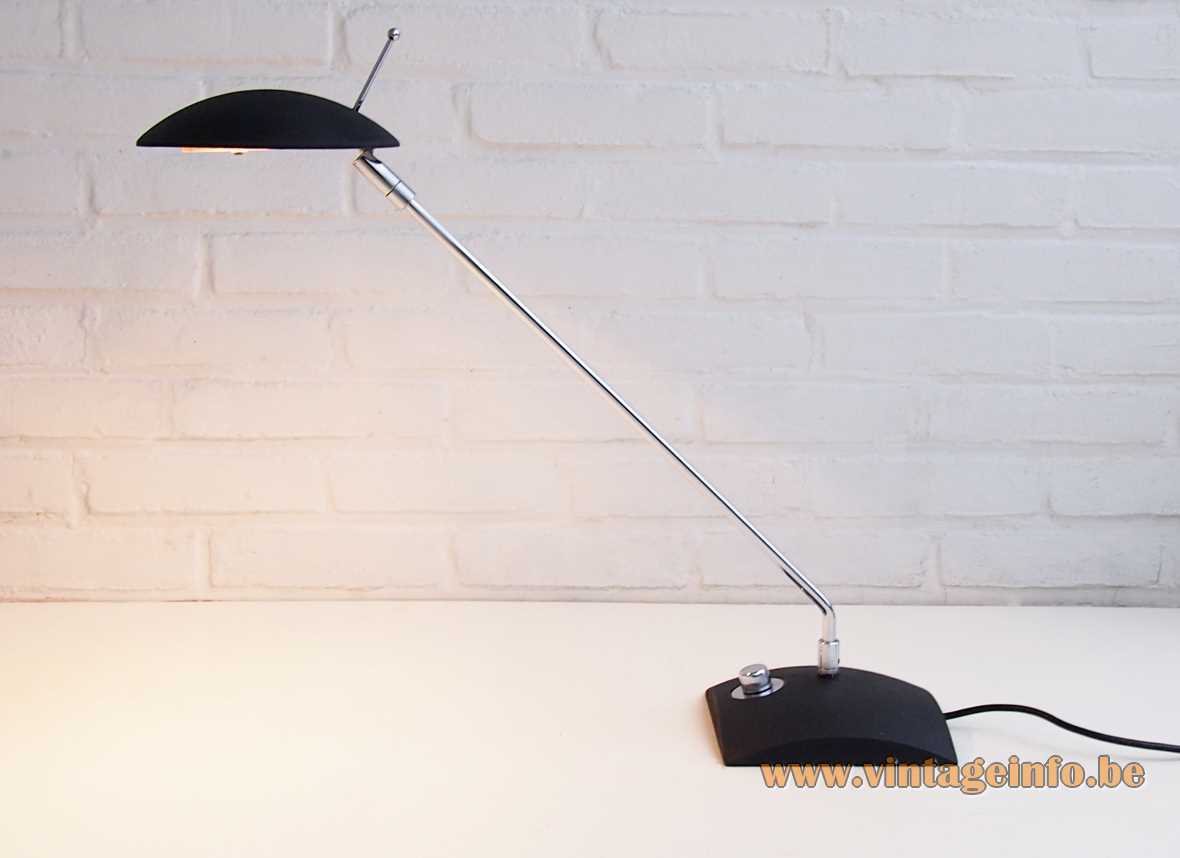 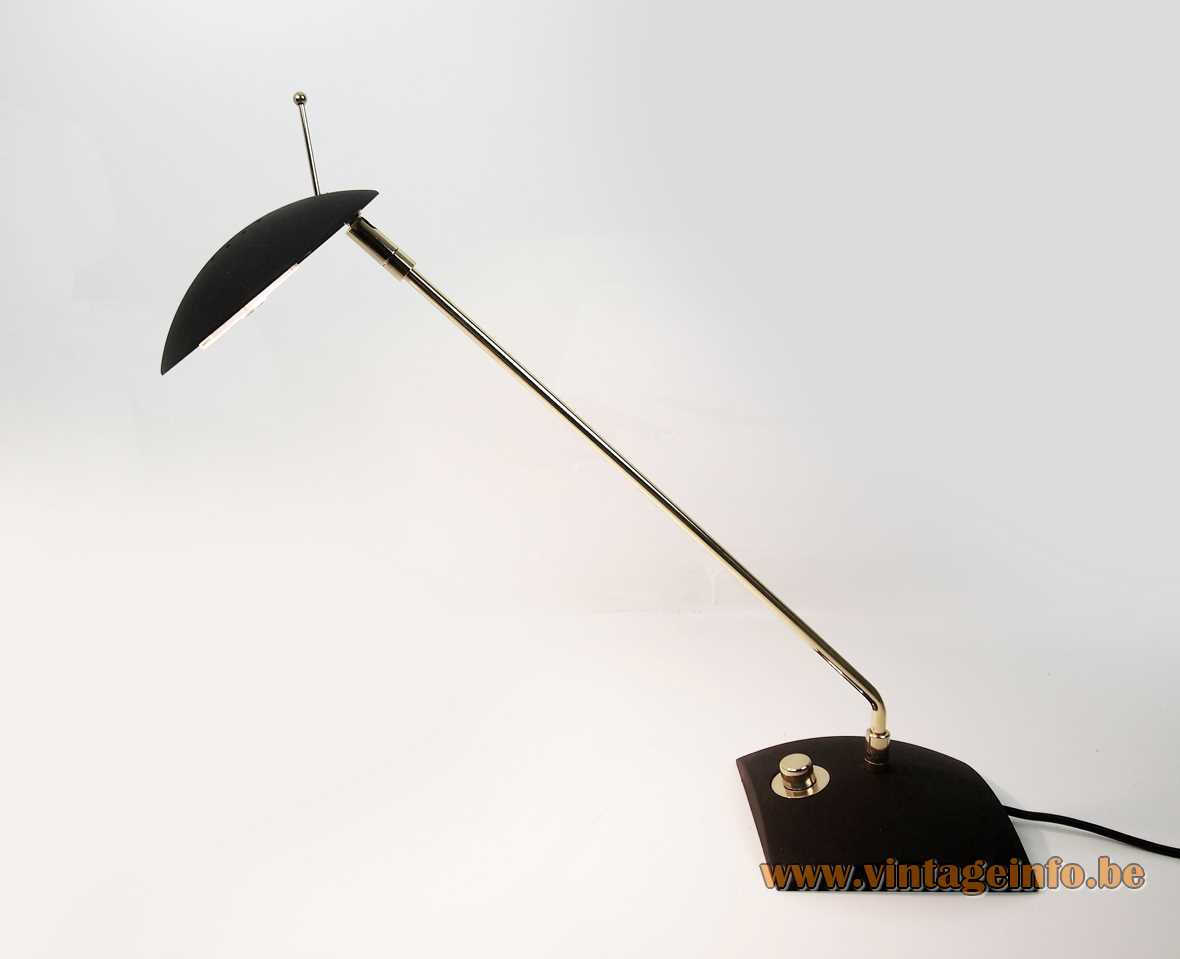 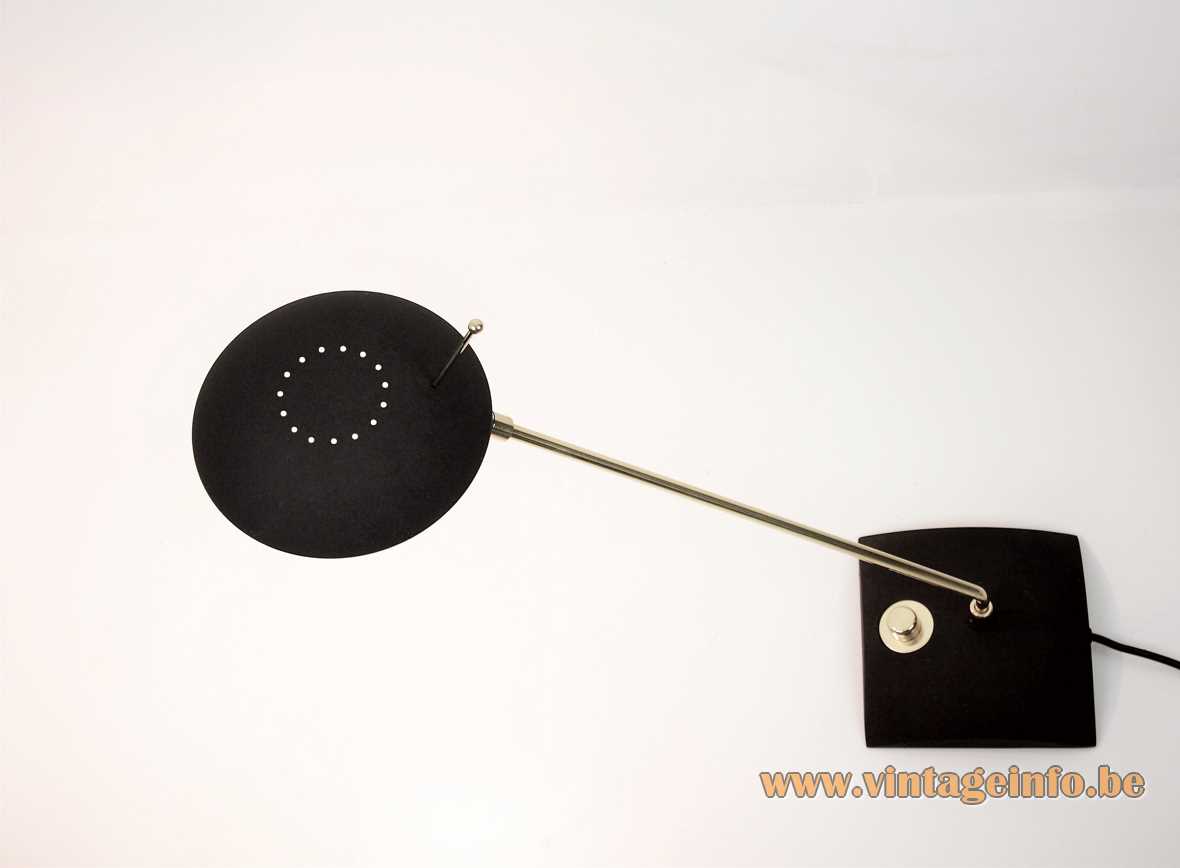 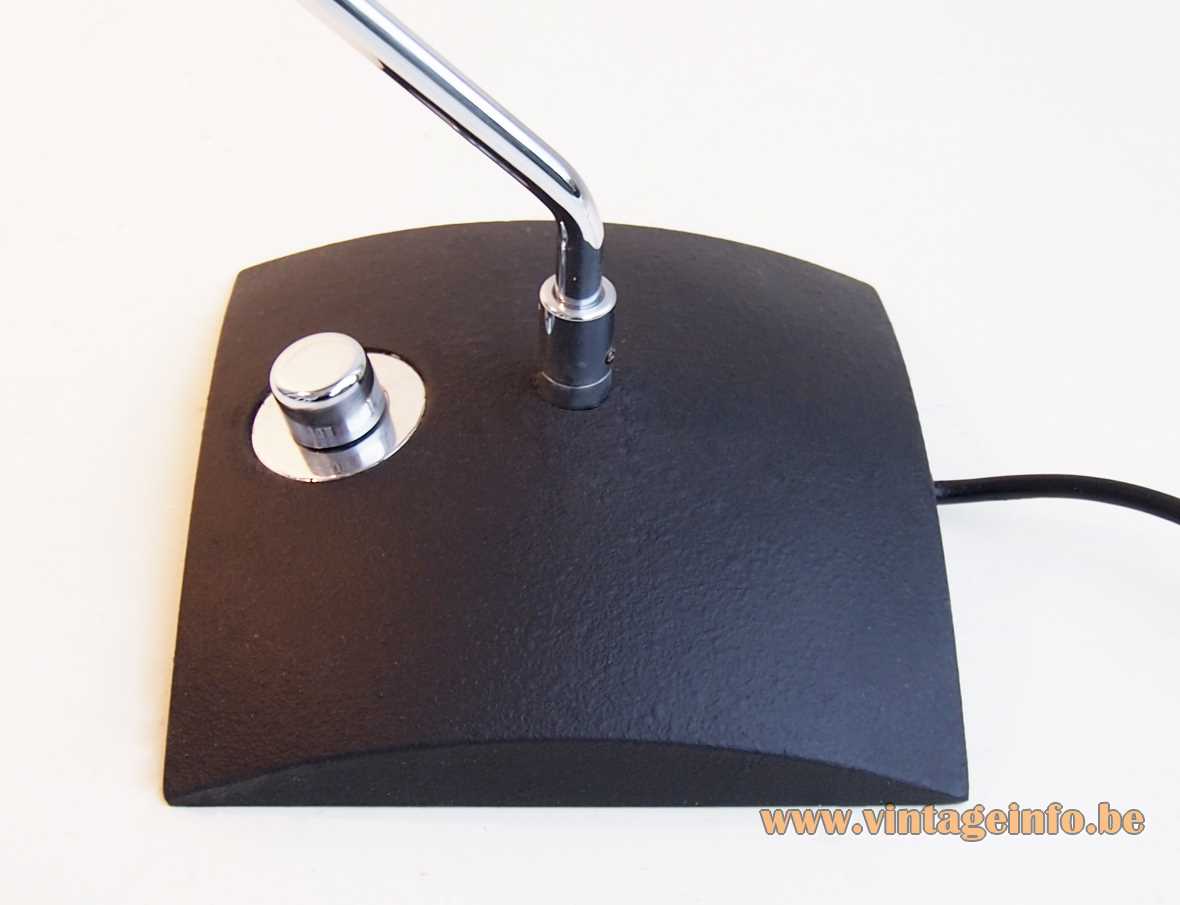 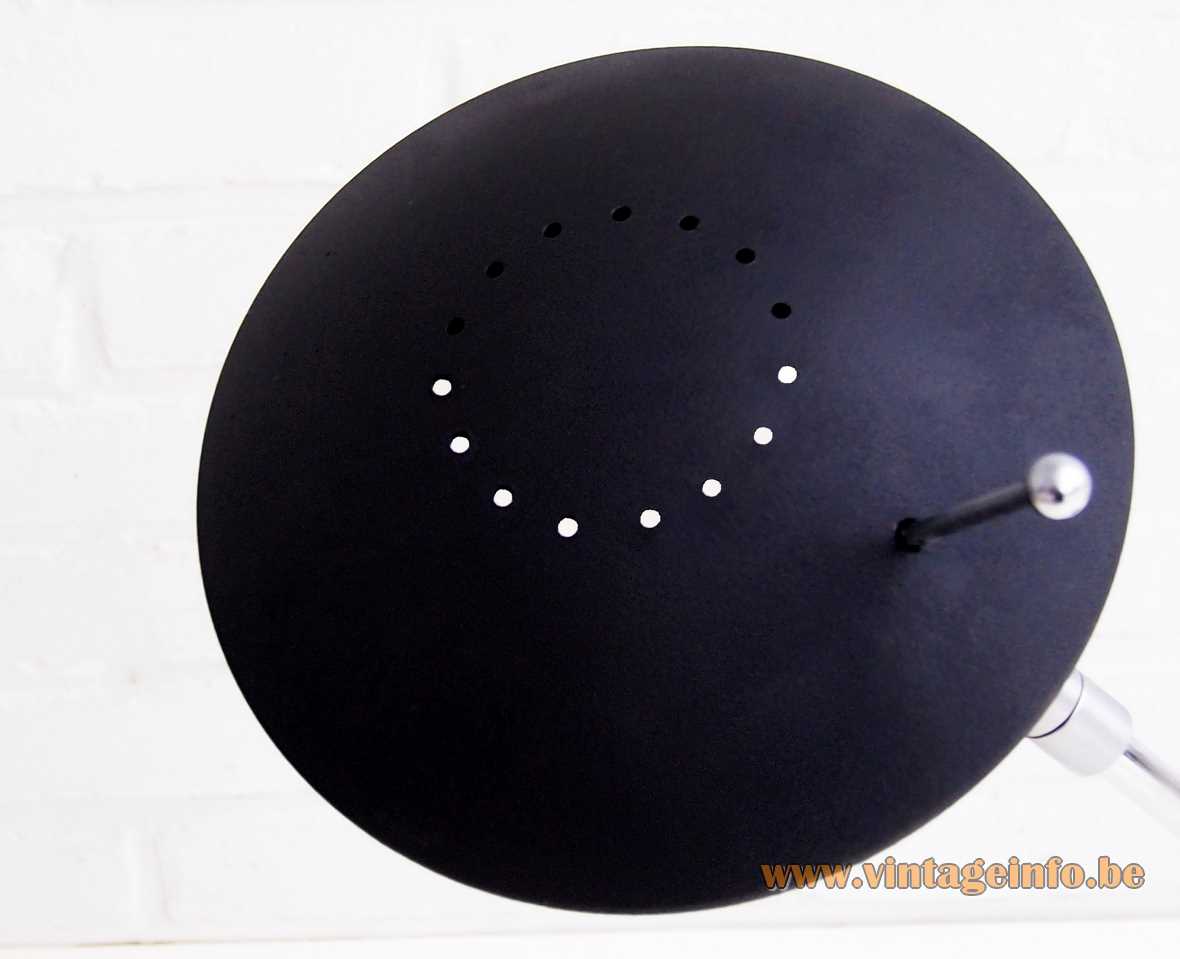 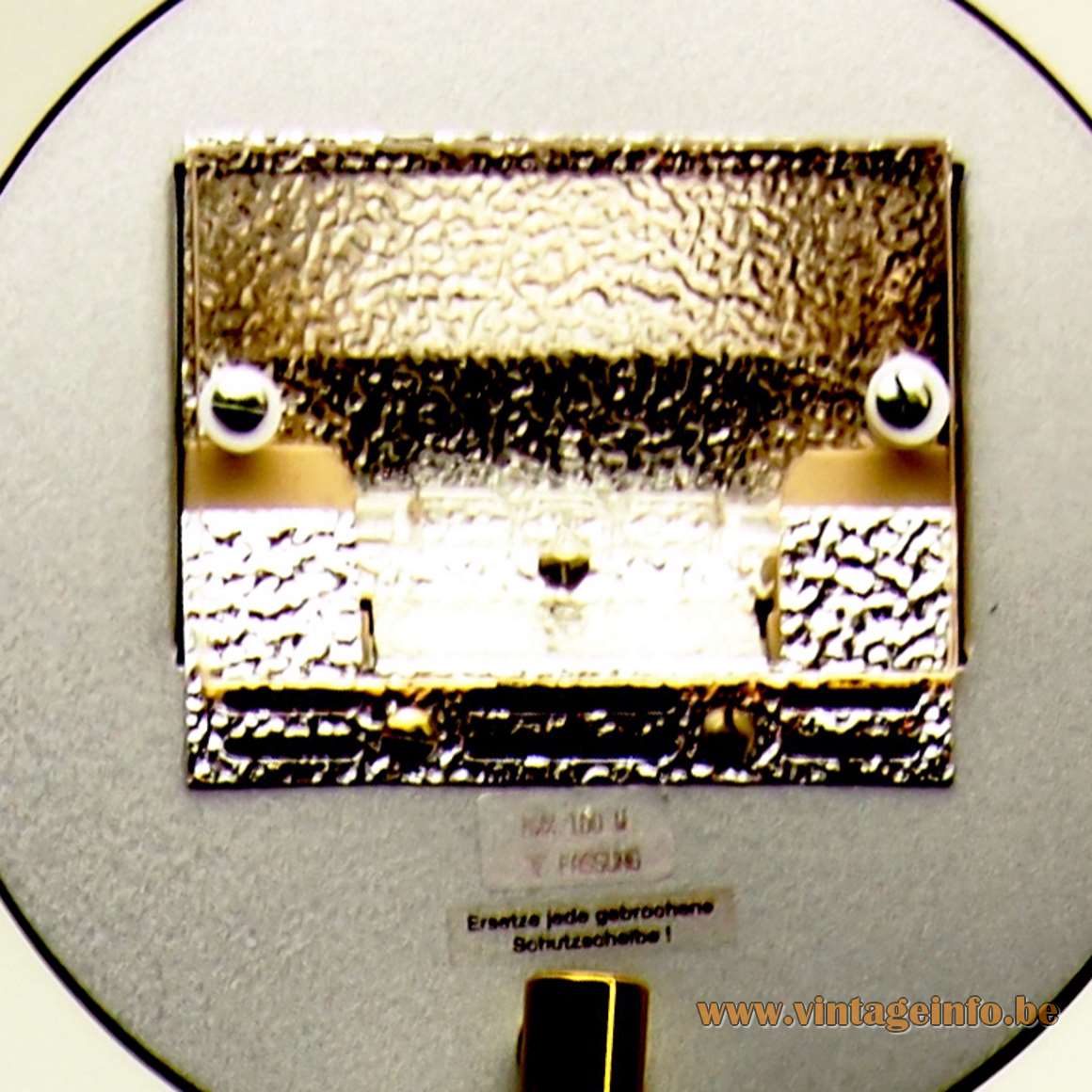 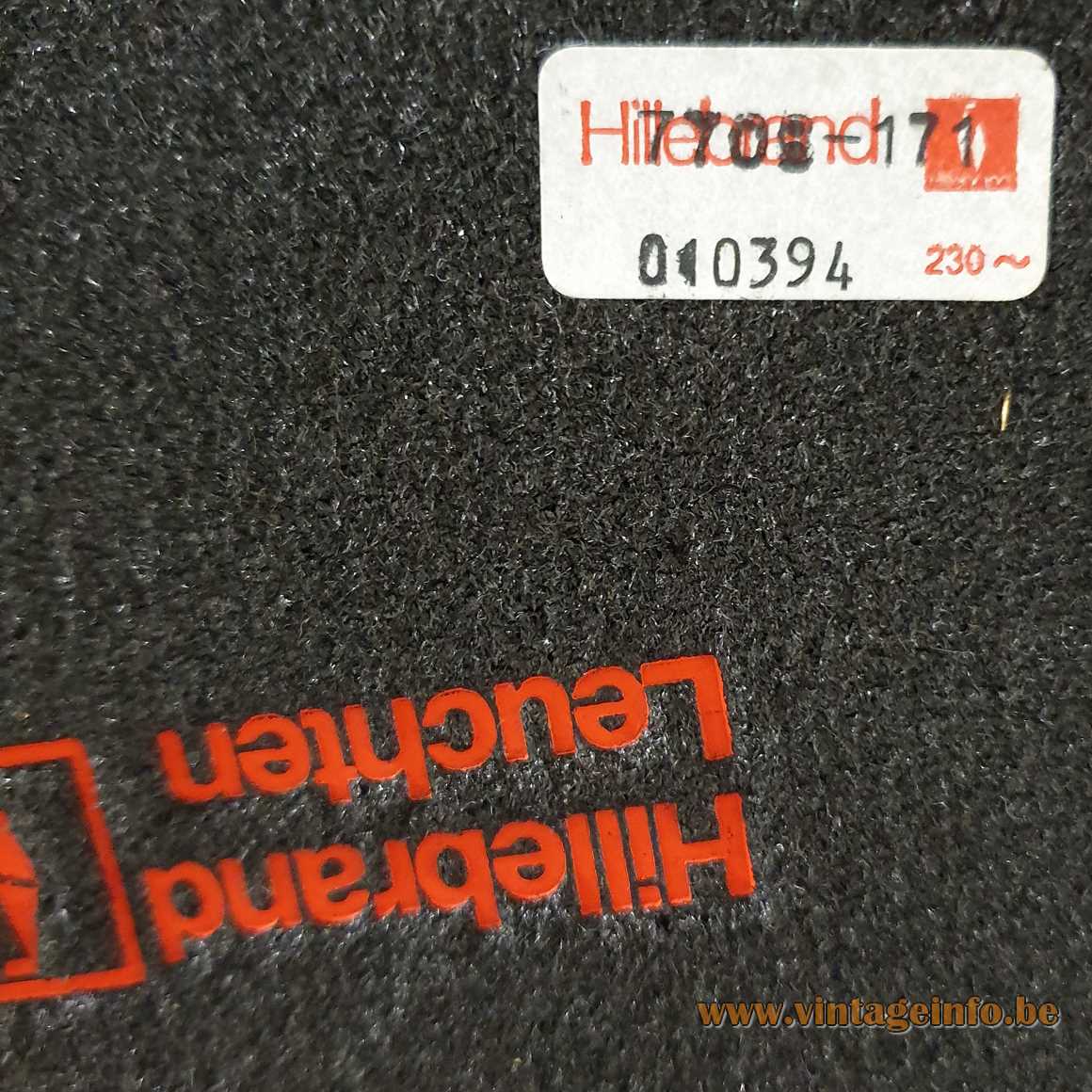 Materials: Black painted aluminium almost square base with a counterweight inside. Painted with relief paint. Thin chrome rod, switch and parts. Adjustable rod, it can be turned in every direction. Black painted round aluminium disc lampshade, silver painted inside. Rectangular glass to protect the halogen bulb. Porcelain socket.

Other designers that worked for Hillebrand