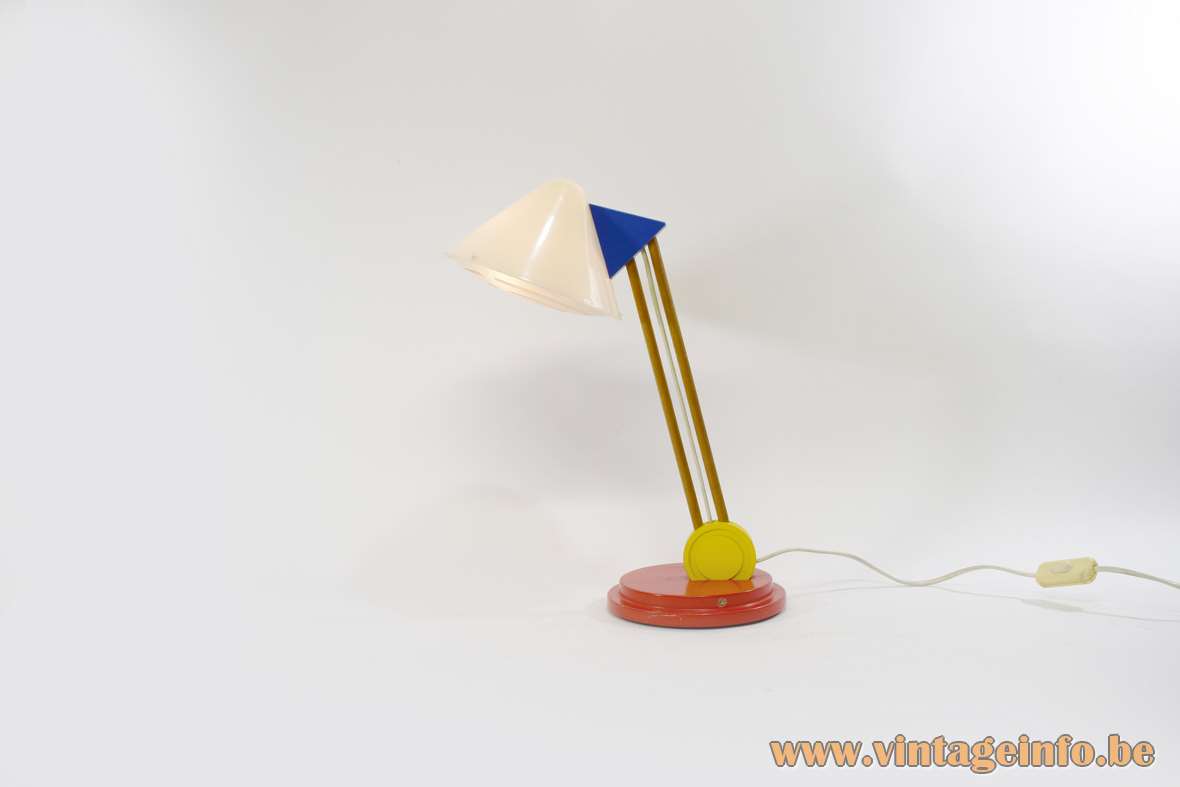 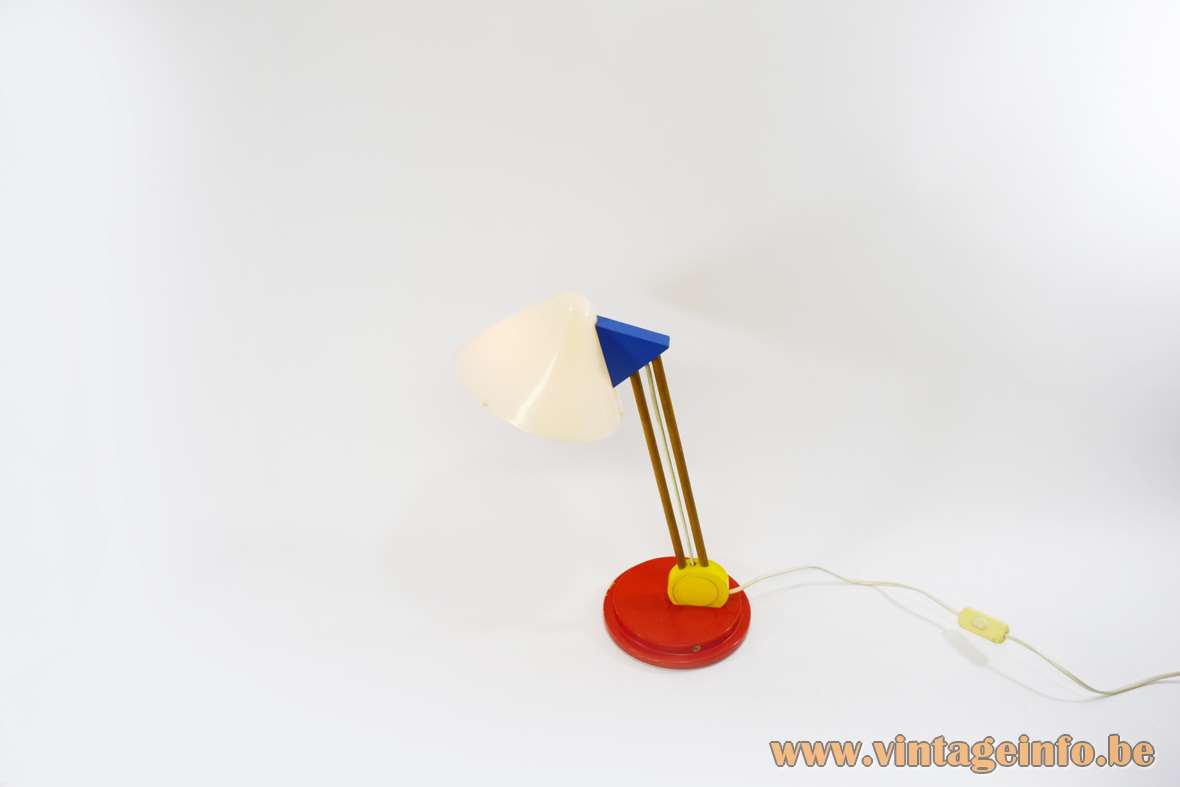 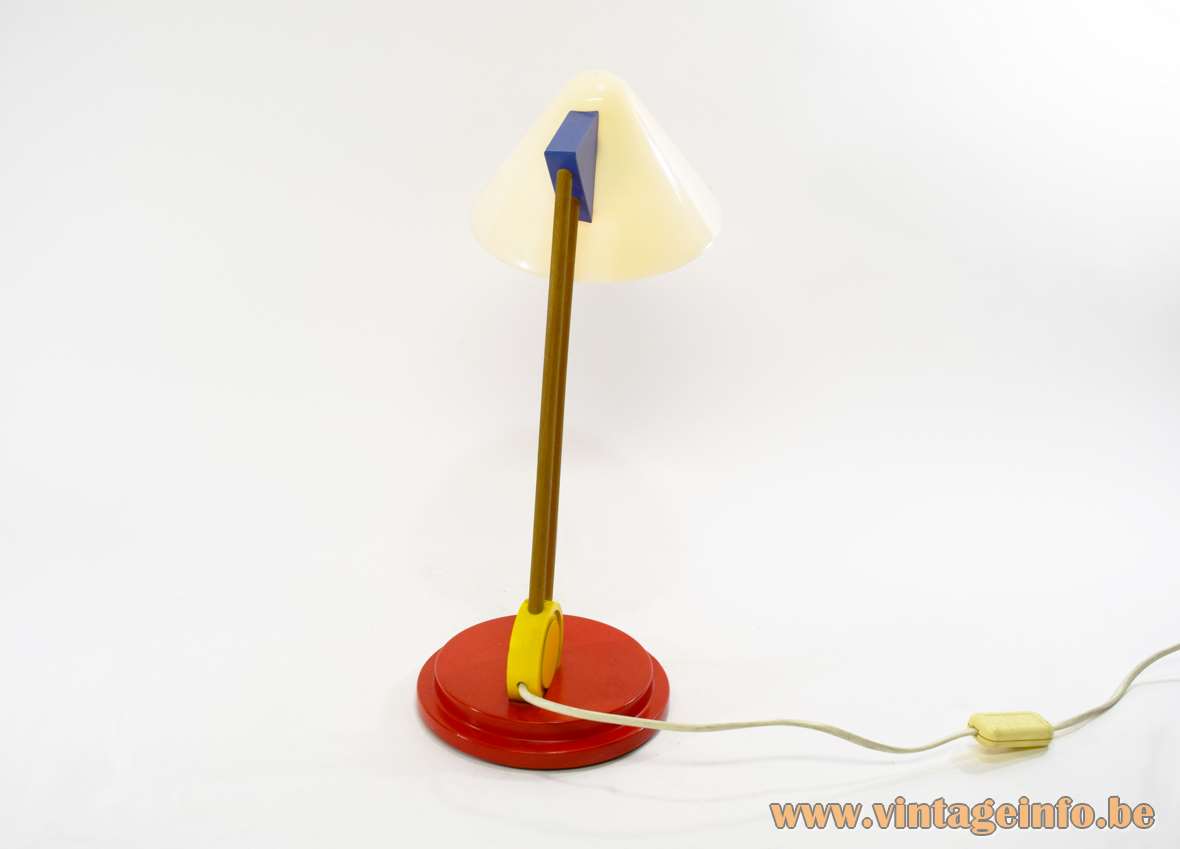 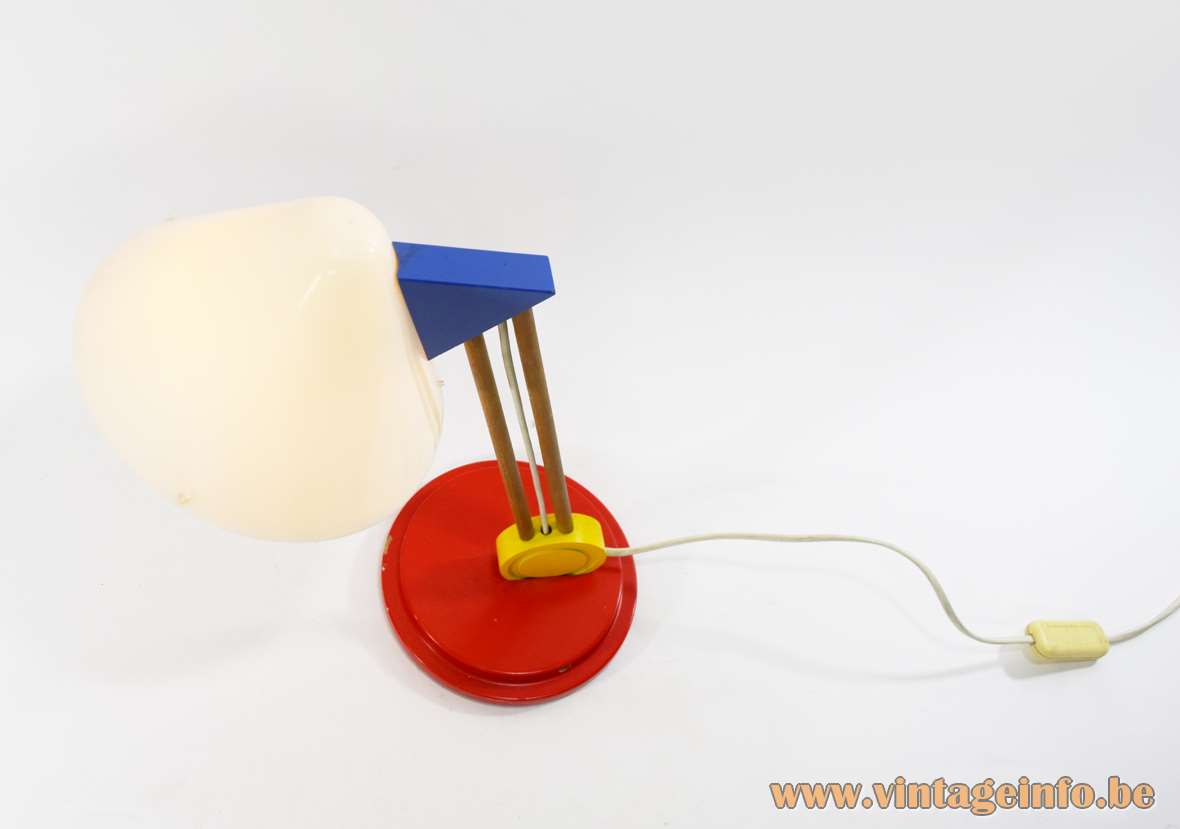 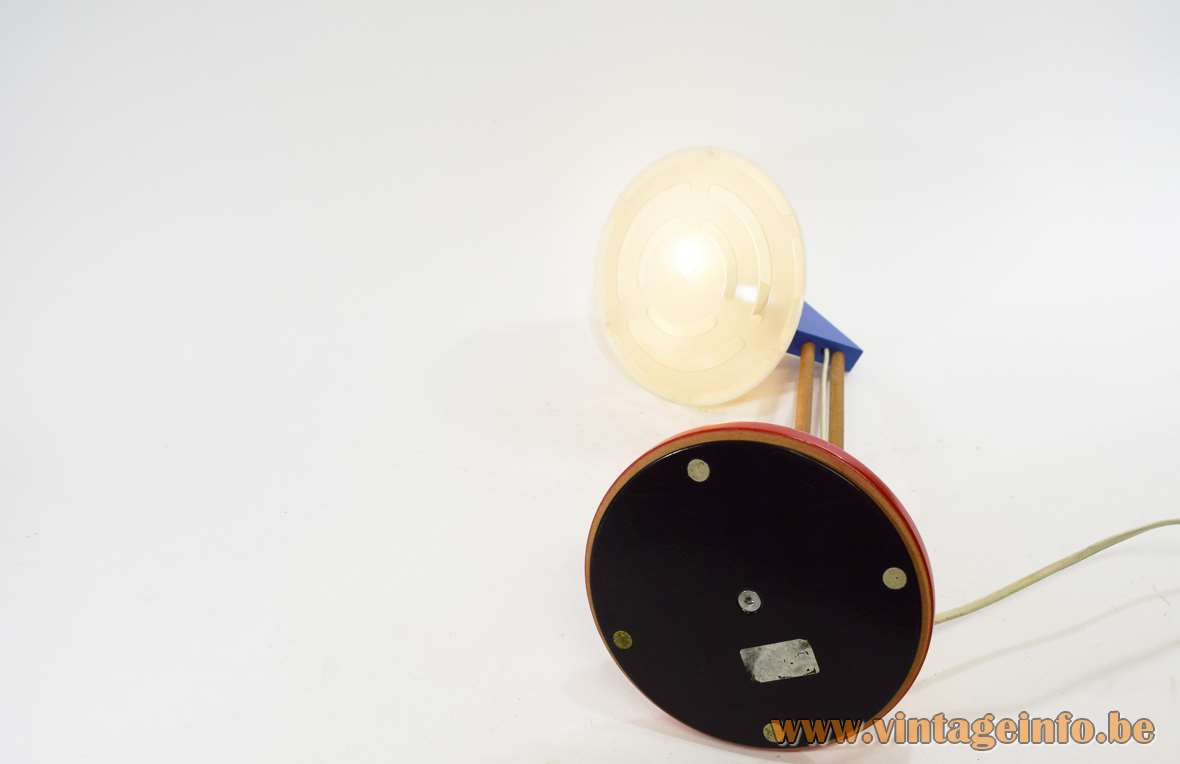 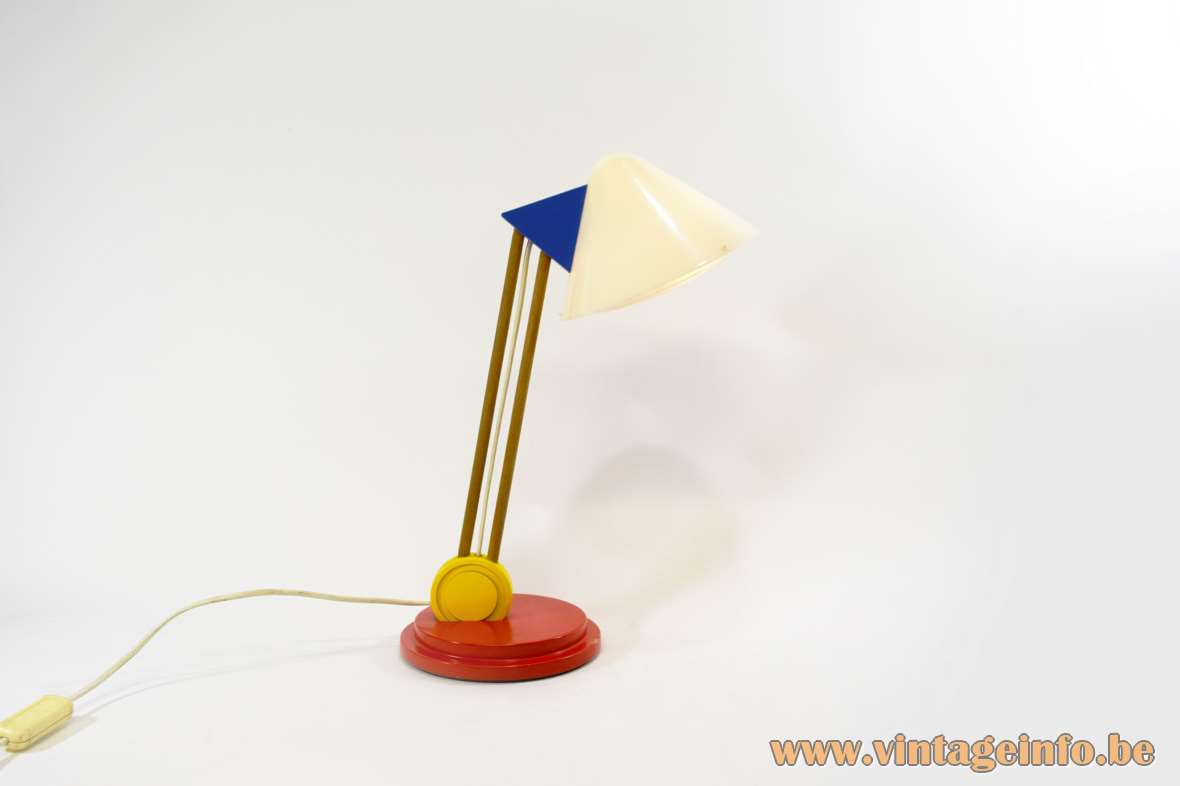 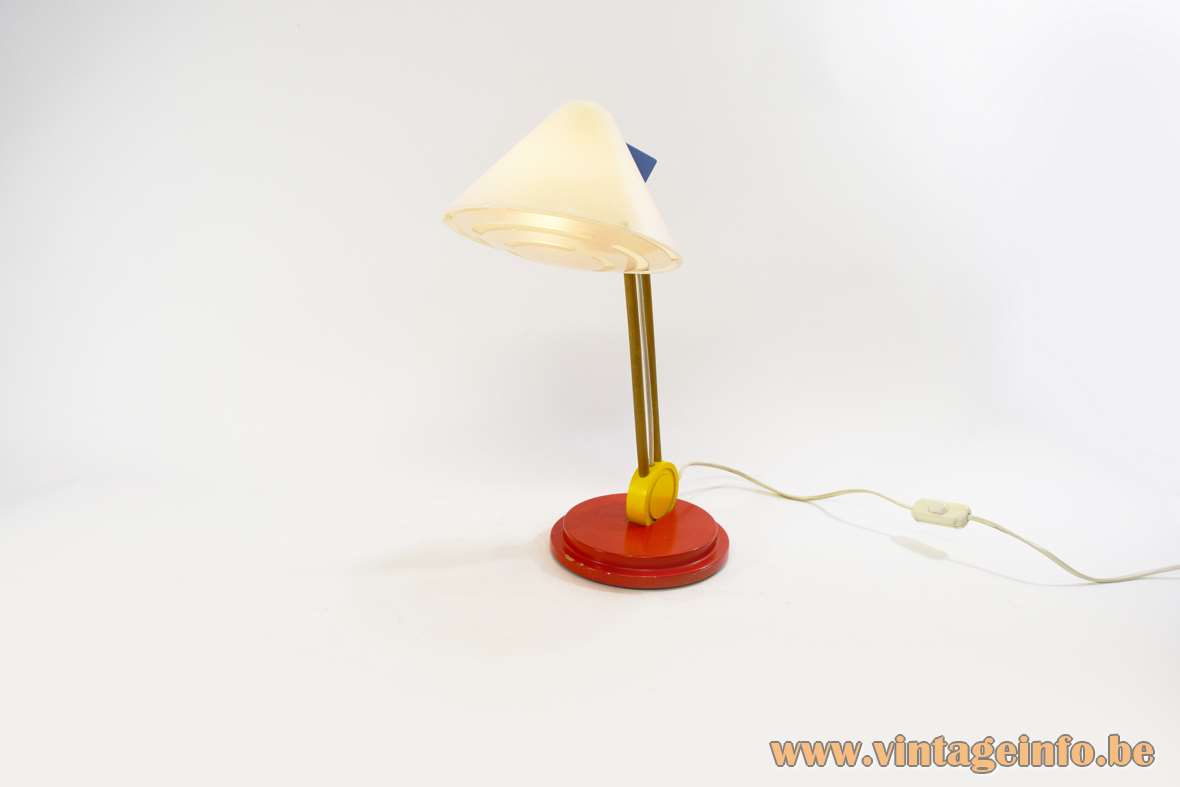 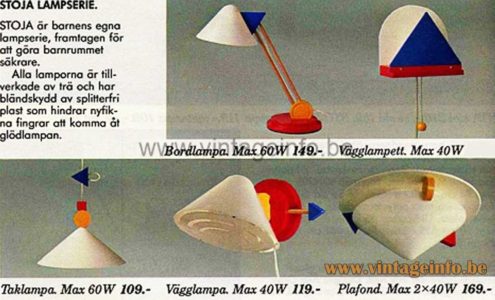 
Other versions: This IKEA Stoja desk lamp exists as a floor lamp, wall lamp and flush mount. It was designed in the famous Memphis style.

Often said that Ettore Sottsass designed these line of lamps for IKEA, but those are false assumptions. As confirmed by the IKEA company.

2 wall lamps of the Stoja lamp series appear for the first time in 1990. This desk lamp in the 1991 catalogue.

The Italian Memphis Group was a design and architecture group founded by Ettore Sottsass (1917-2007) in 1981 in Milan which designed Postmodern furniture, lights, fabrics, ceramics, glass and metal objects from 1981 until 1987.

IKEA, formerly known by its full initials, Ingvar Kamprad Elmtaryd Agunnaryd, is a multinational group, headquartered in Delft, The Netherlands, but founded in Älmhult, Sweden in 1943 by then 17 years old Ingvar Kamprad (30 March 1926 – 27 January 2018).

Many thanks to Jelena of IKEA for the enlightening information.