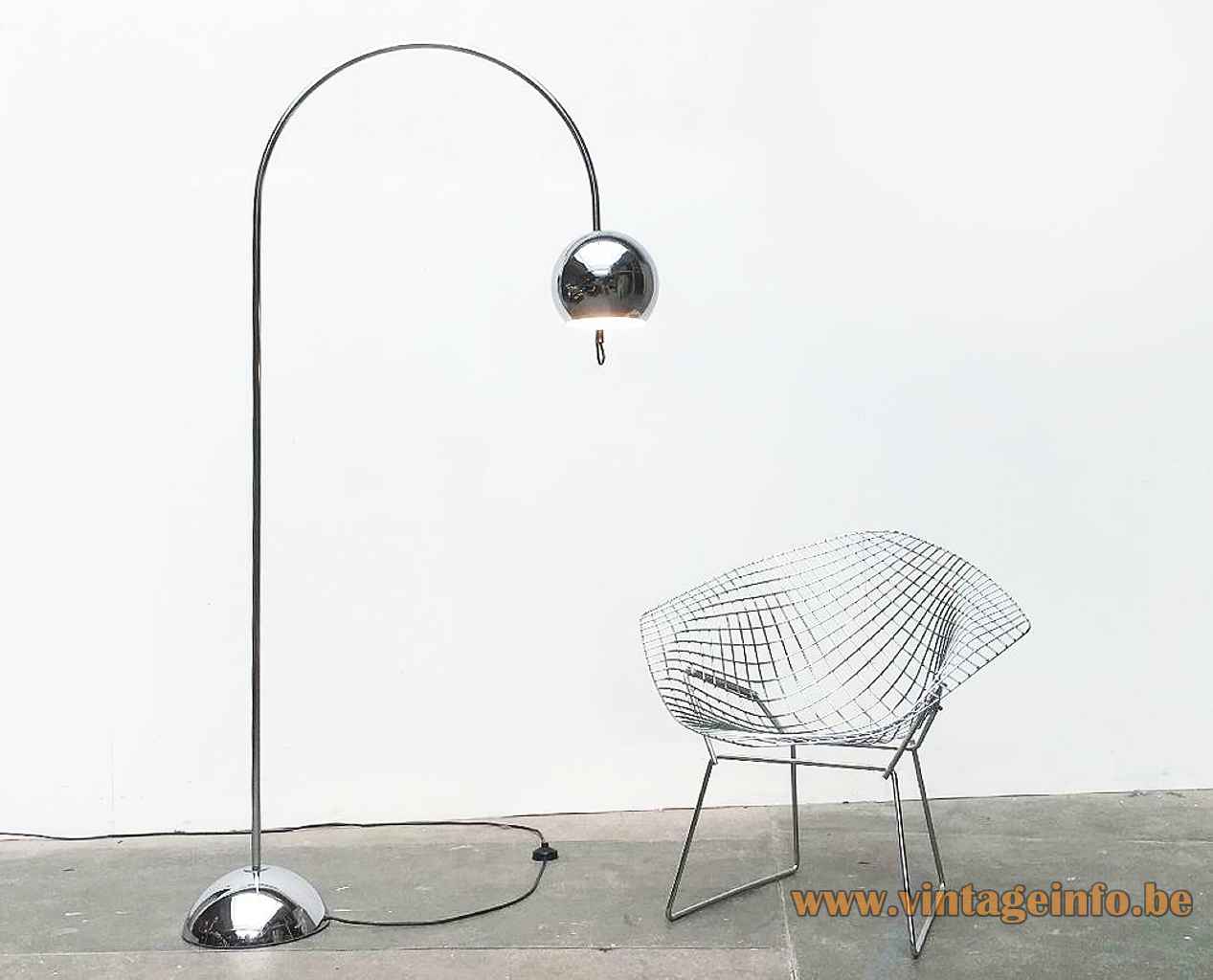 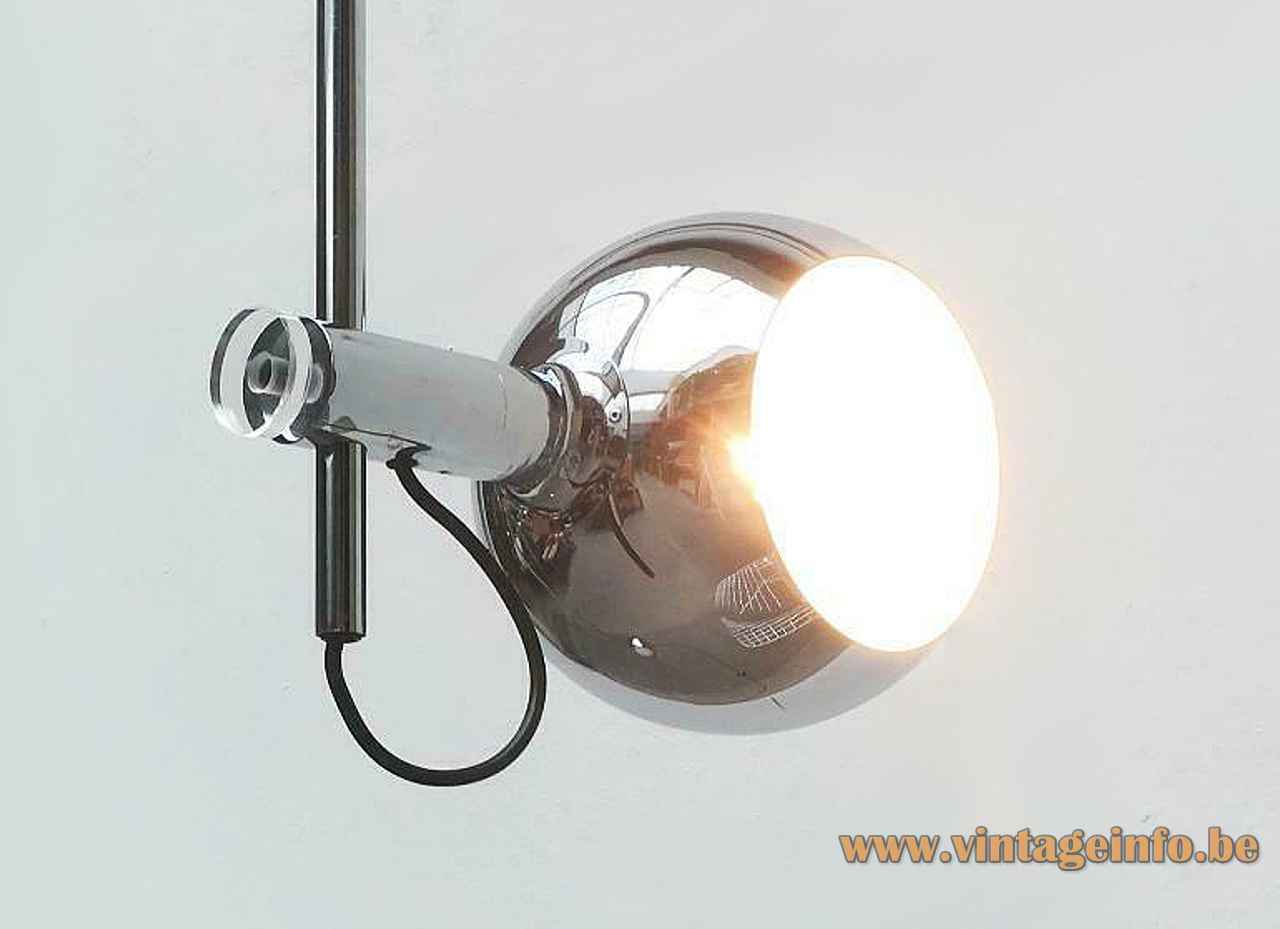 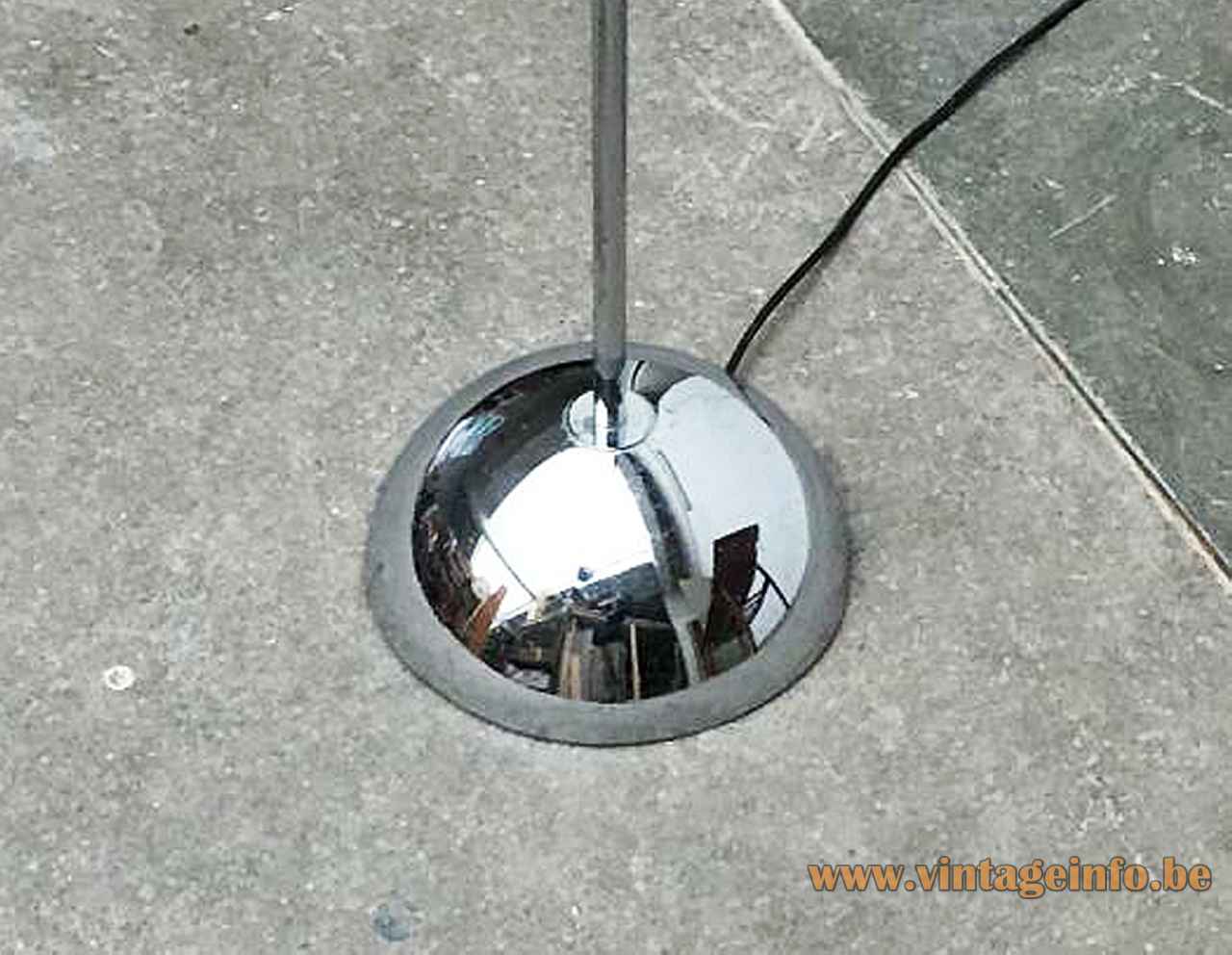 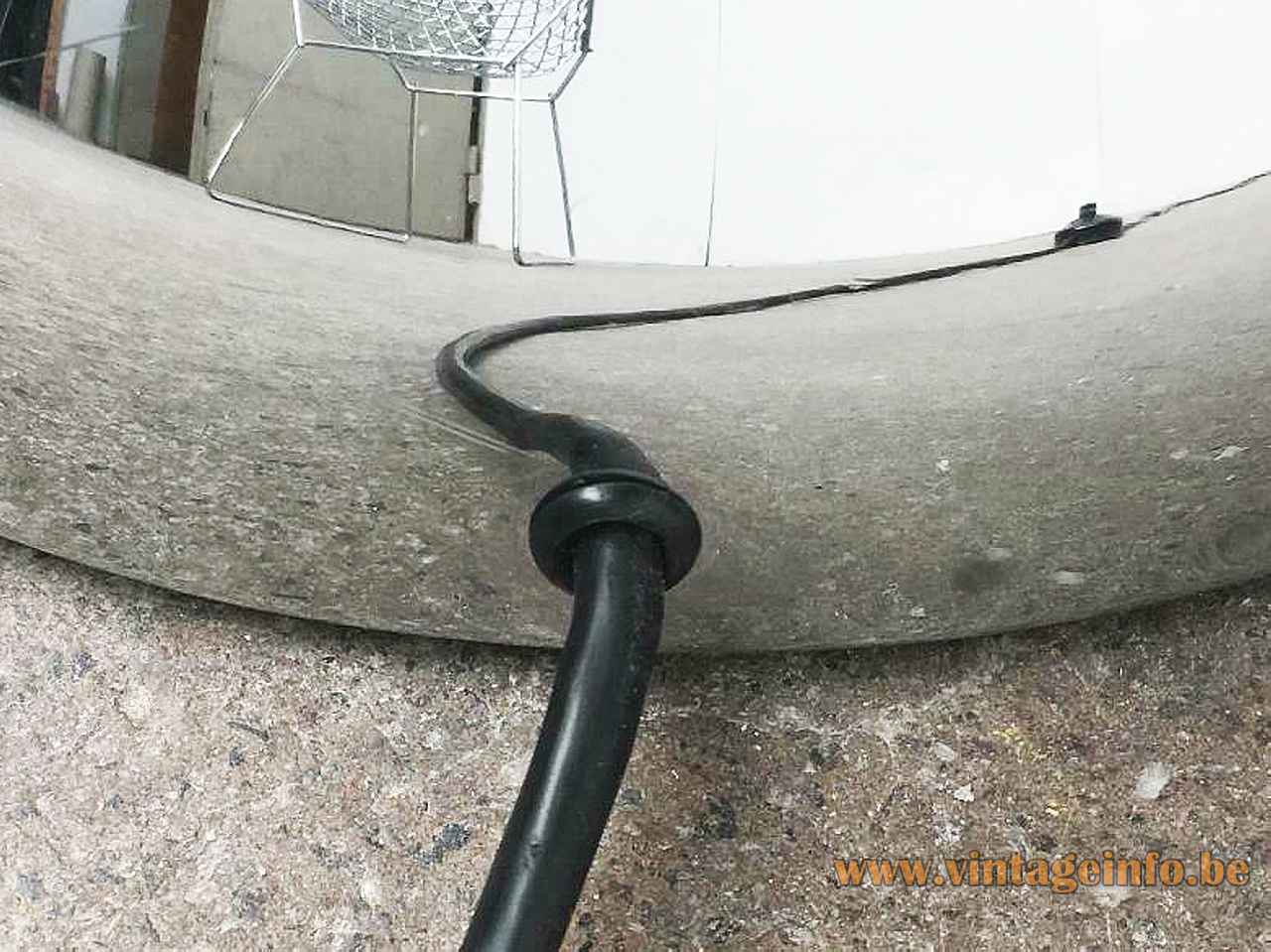 A white 1970s Cosack arc floor lamp appears in a 2014 documentary about the Belgian film director Robbe De Hert (1942 – 2020). Here in an interview in the house of Michael Pas, a good friend and actor in several movies made by De Hert. The arc lamp appears several times, you can watch the film below. This floor lamp has a white base and lampshade. 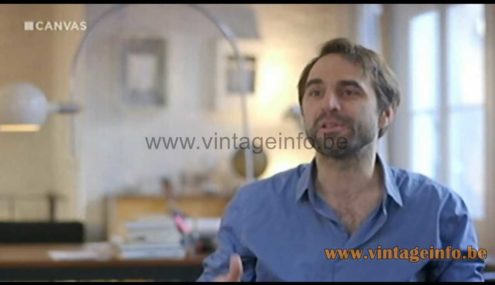 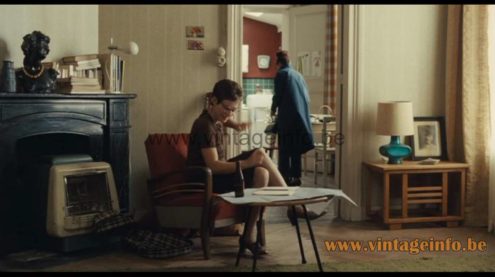 Designer: Gottfried or Ursula Stürzenhofecker in 1972.

Other versions: This 1970s Cosack arc floor lamp exists in several colours: yellow, ochre, white, and so on. Made with a chrome or clear acrylic ornamental adjustment screw, as you can see below.

Also produced as a floor lamp with 2 globes opposite to each other. Desk lamps were also produced, the lampshades are smaller than this one. They exists with one or two lampshades. An orange desk lamp can be found here. 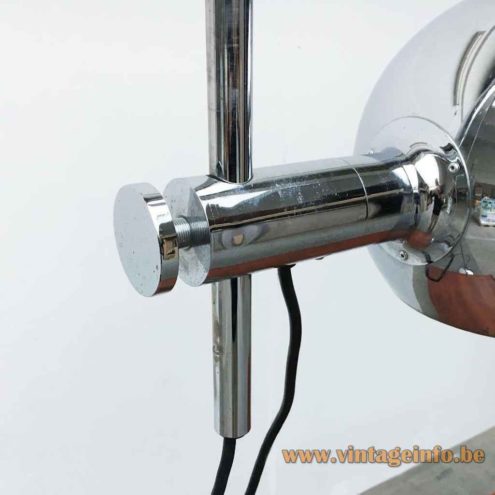