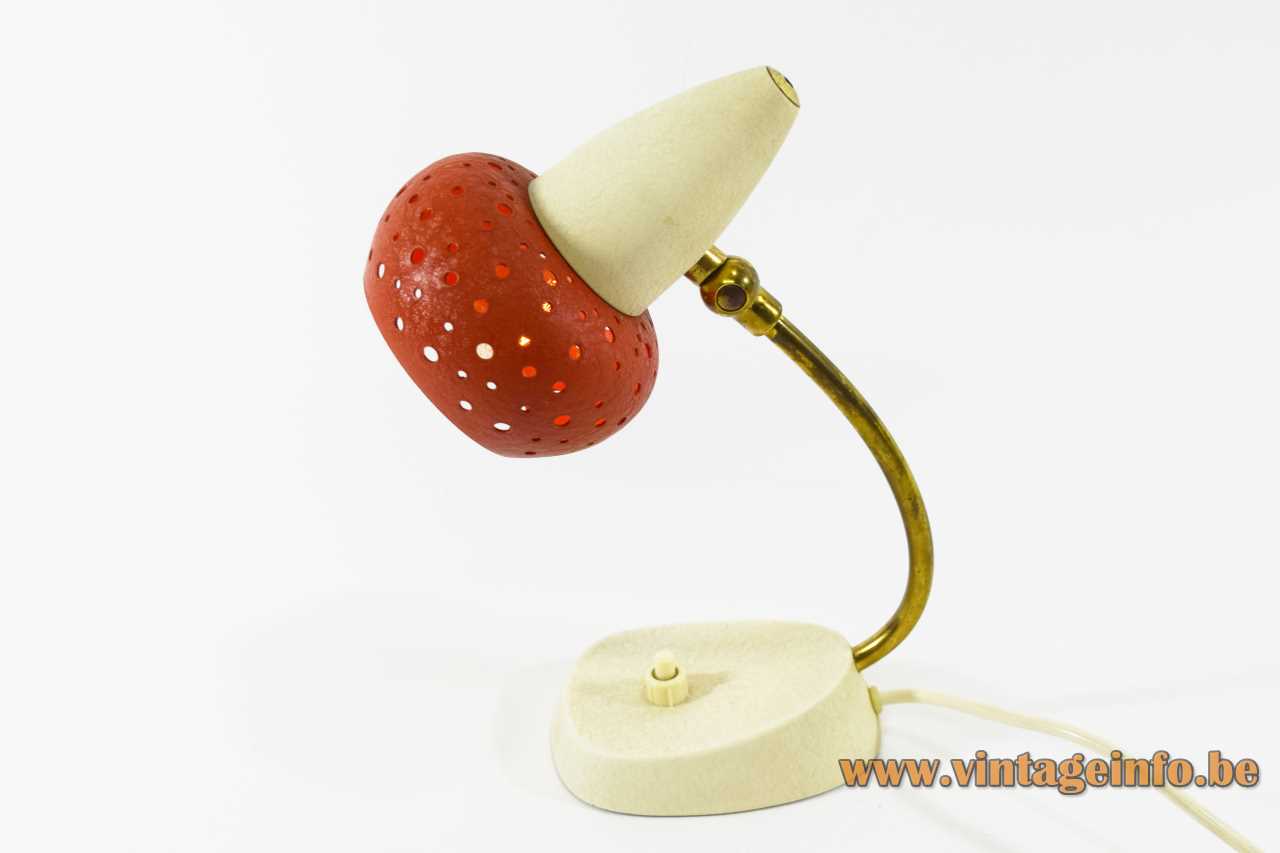 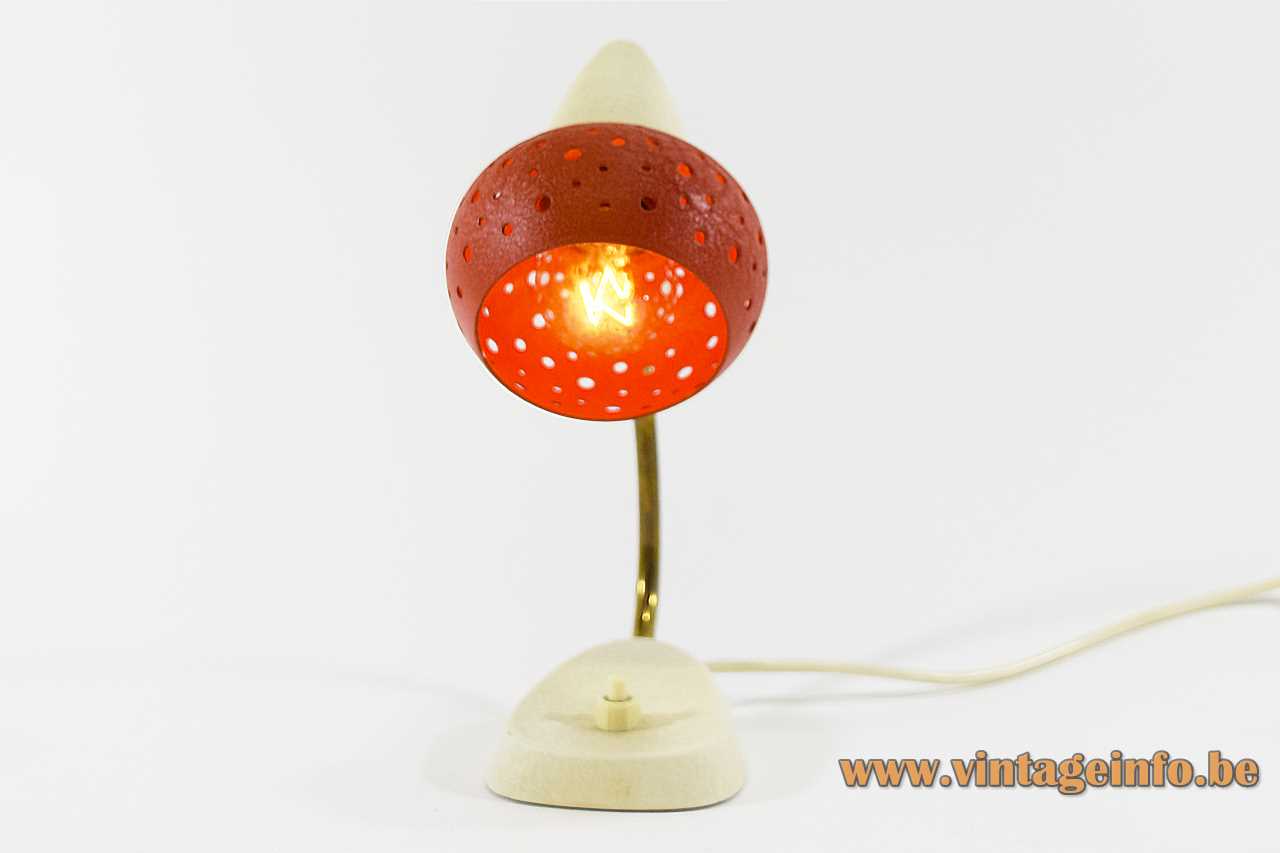 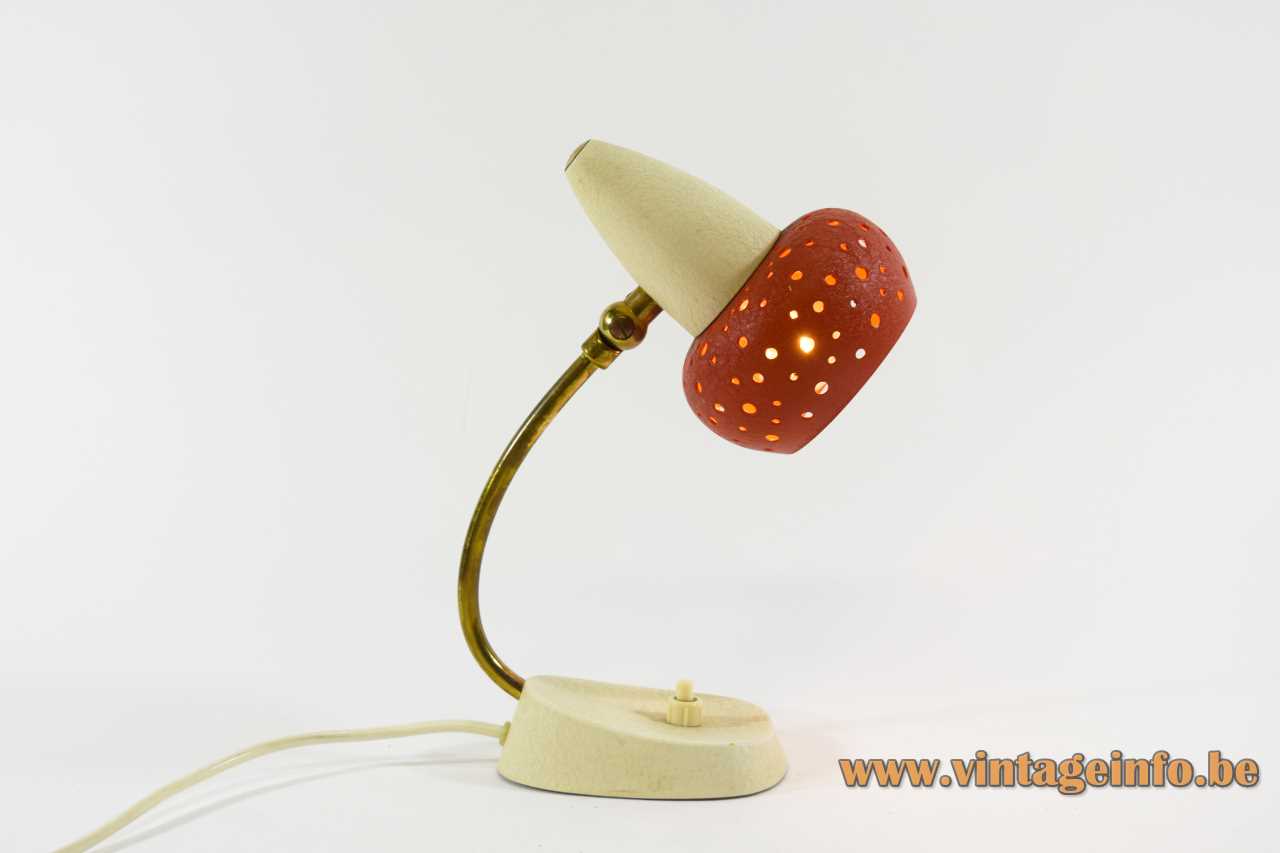 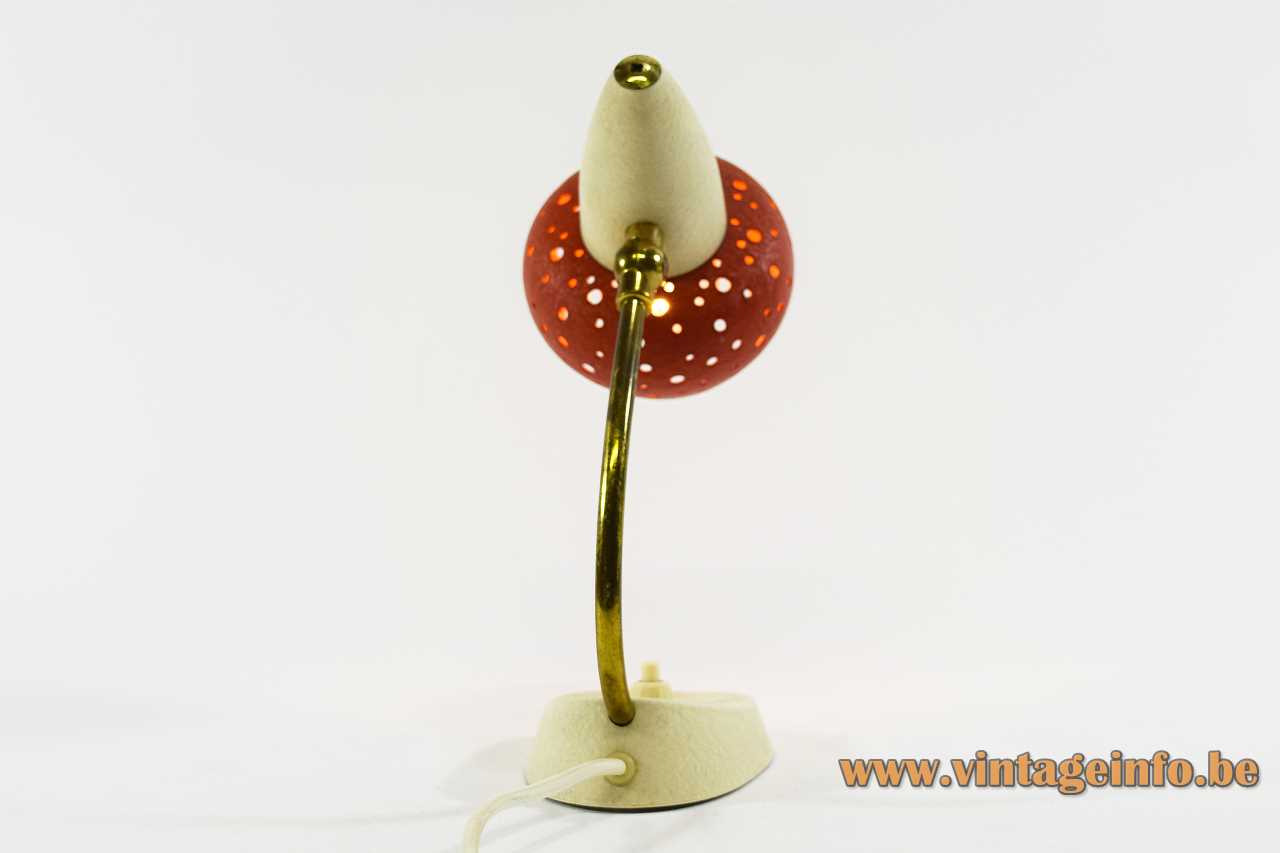 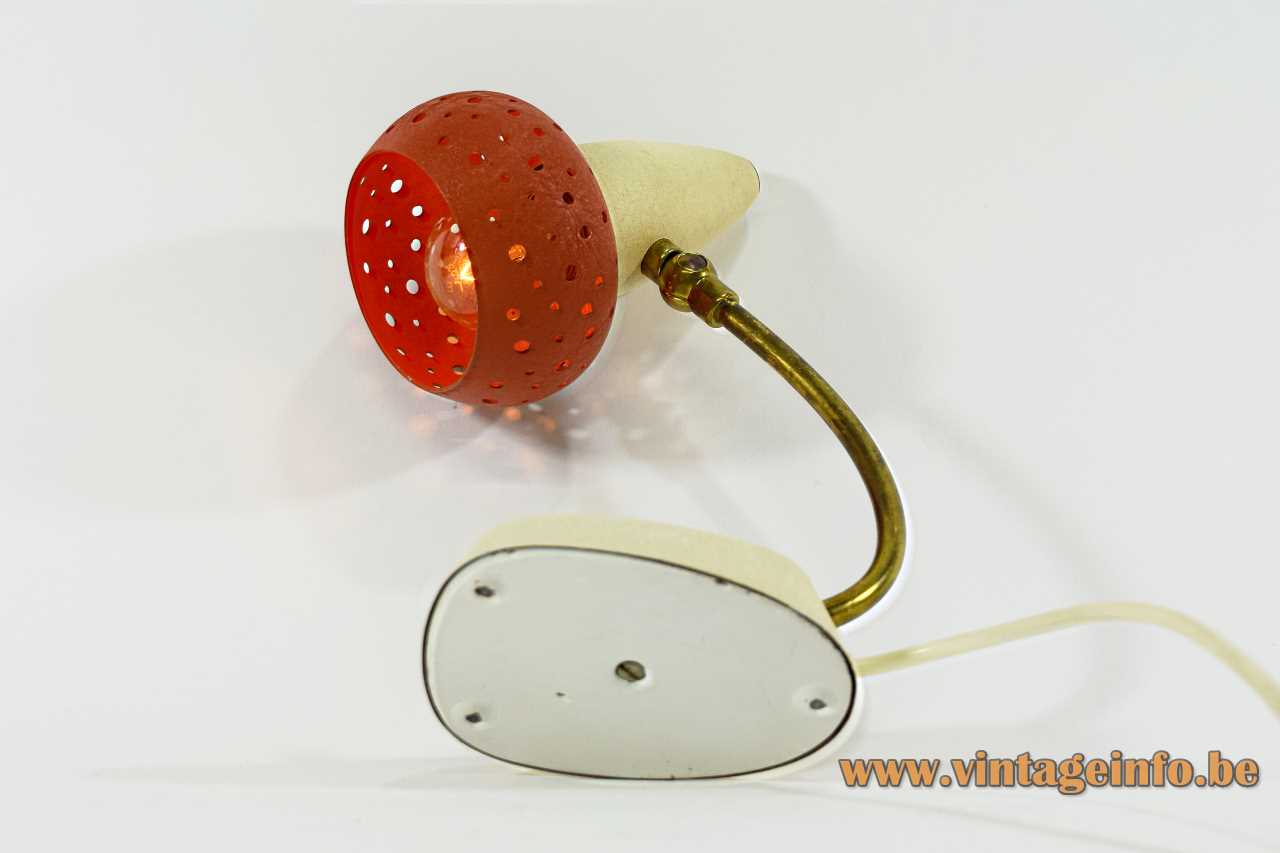 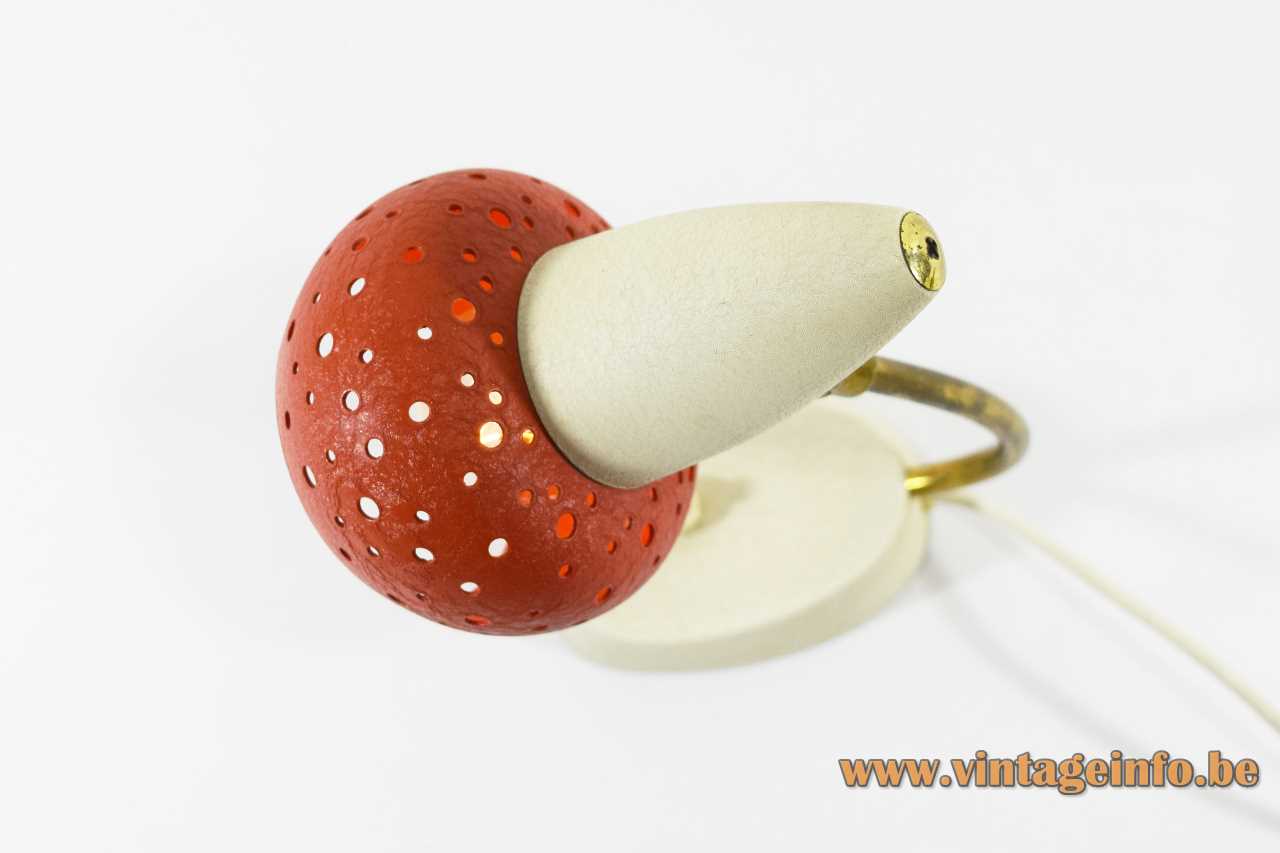 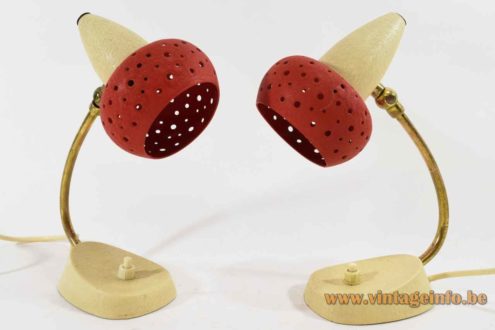 The base was used for several other lamps. Another one can be found here.

This design of the lampshade is often named “starry night or starry sky”, the reason is obvious. Several people used this design for lamps. For instance, famous designer Paavo Tynell used it for many lamps. These types of lampshades are often attributed to Ernest Igl, but it is far from sure. It is seen on many lamps by several companies of that time.

In Poland the same lampshade design was used for the so called Little Dog lamp model 1318, designed by Apolinarego Gałeckiego for the Stołecznych Zakładach Metalowych Numer 2, the Capital Metal Works No. 2 company in Warshaw. It was also sold by Hillebrand. It appears in catalogues from 1958 and 1960.

The parts used for this lamp are typical German. The BJB socket is often used for lamps made by Cosack. Often in combination with VLM Components switches. But a lamp with the same base appears in a 1962 catalogue of Neckermann. Neckermann sold lamps from many companies. At that time the company was only a mail order company. You can find this lamp over here.

Do you have a catalogue picture or an idea about the maker of this lamp? Please let us know through the contact form and help improve the websites exactitude.

Grid bedside table lamp – lamp with the same base