A Cosack swing-arm diabolo wall lamp was used as a prop in the West German film Lola from 1981. The film is set in 1957. Lola was directed by Rainer Werner Fassbinder. Barbara Sukowa and Armin Mueller-Stahl play the main roles. 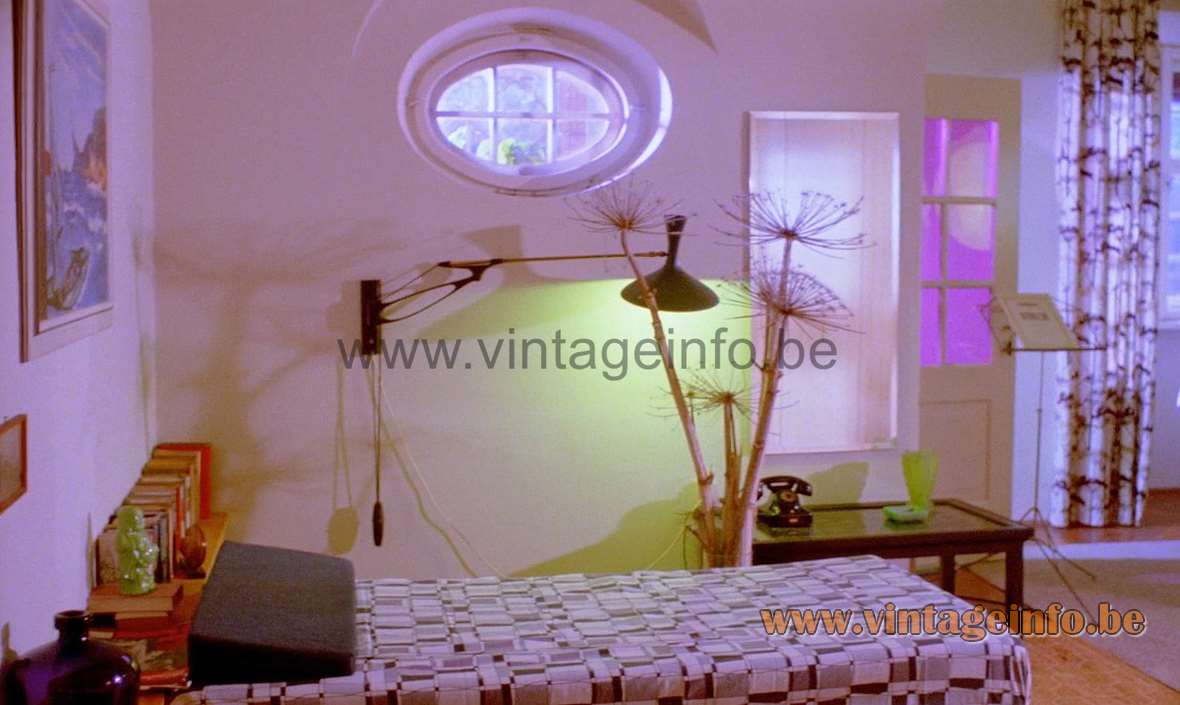 Other versions: This Cosack swing-arm diabolo wall lamp exists in several colours. A version with a different arm was also made, as you can see below and in the photo of the German film Lola from 1981. The lampshade was also used for a pendant lamp and a table lamp.

Often attributed to Louis Kalff, but that is not true. Louis Kalff designed lamps for Philips, the company he worked for all his life. 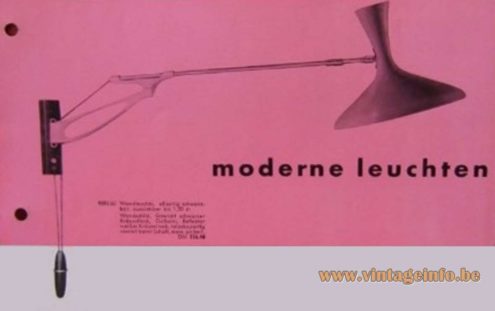