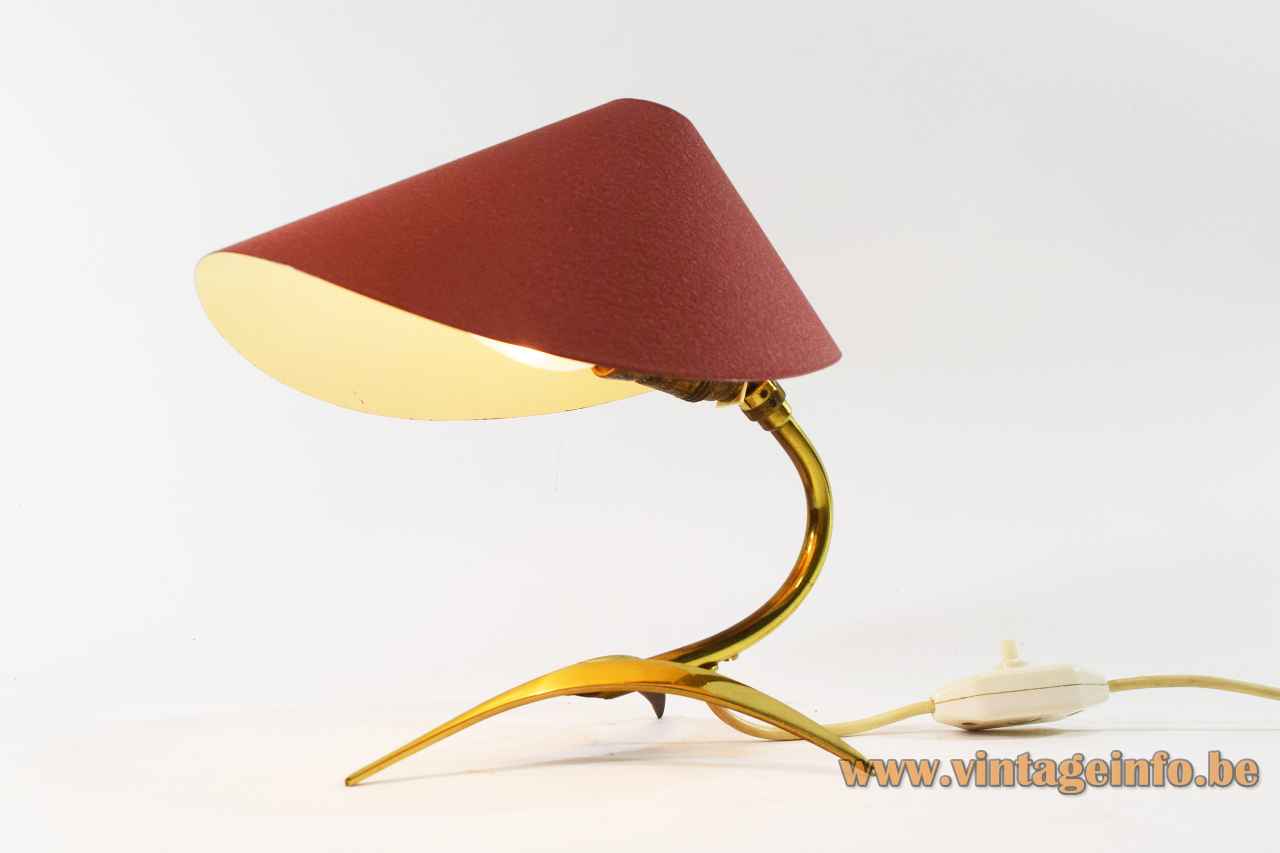 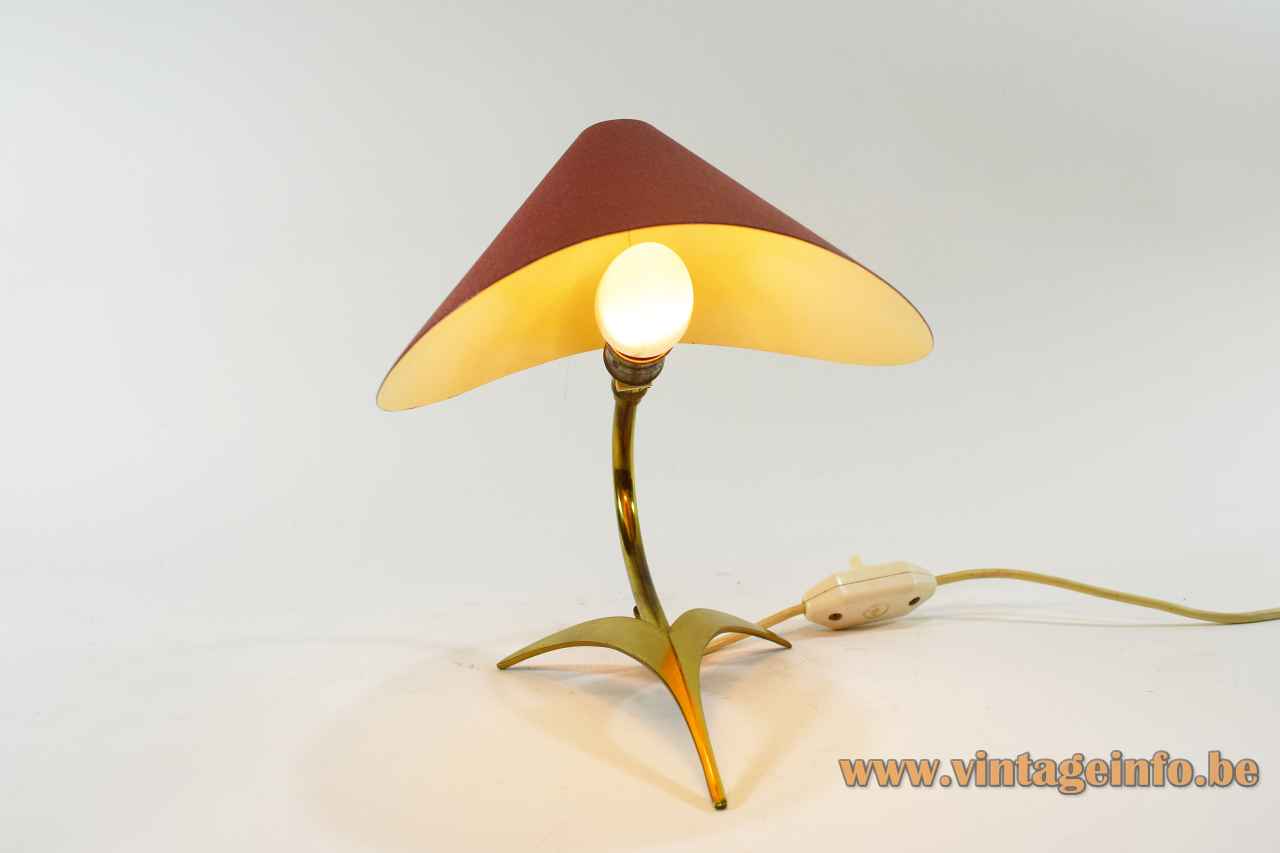 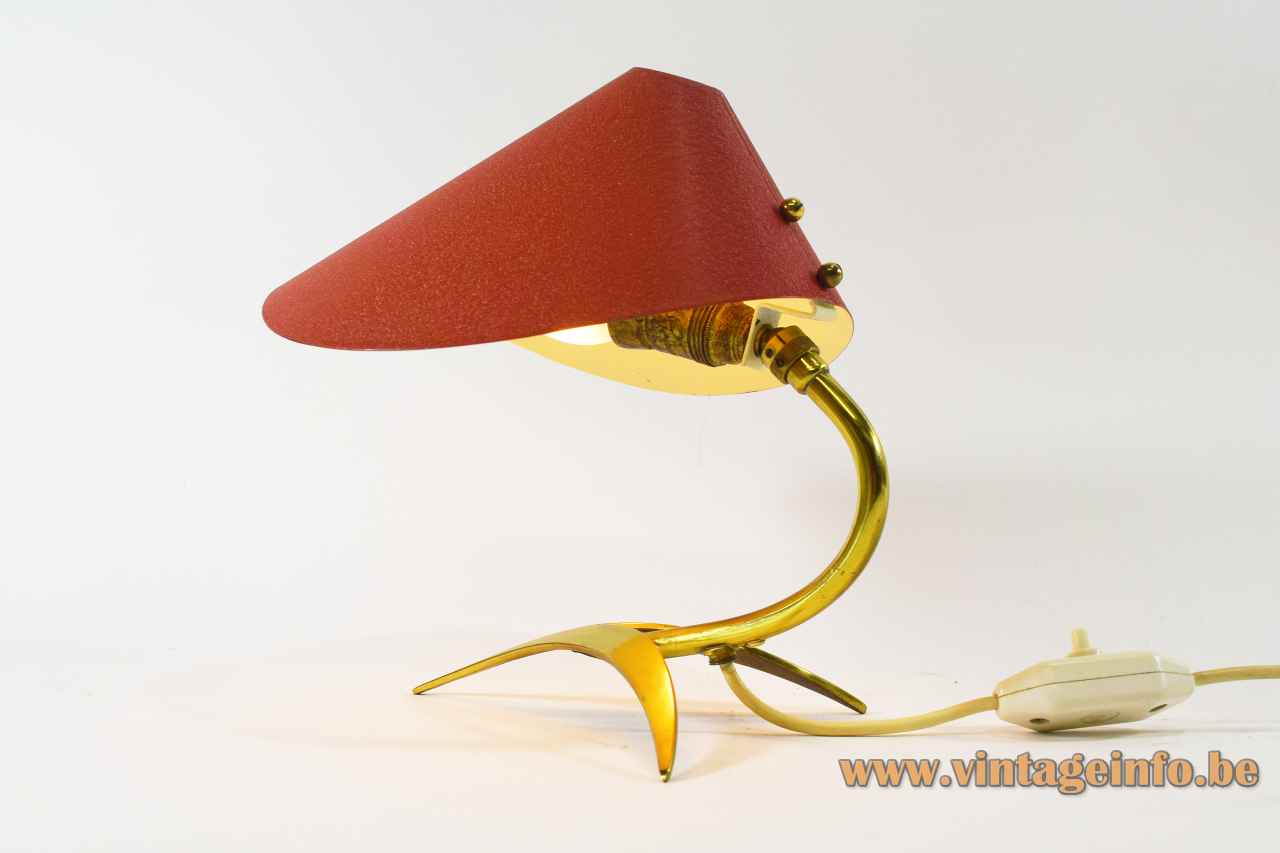 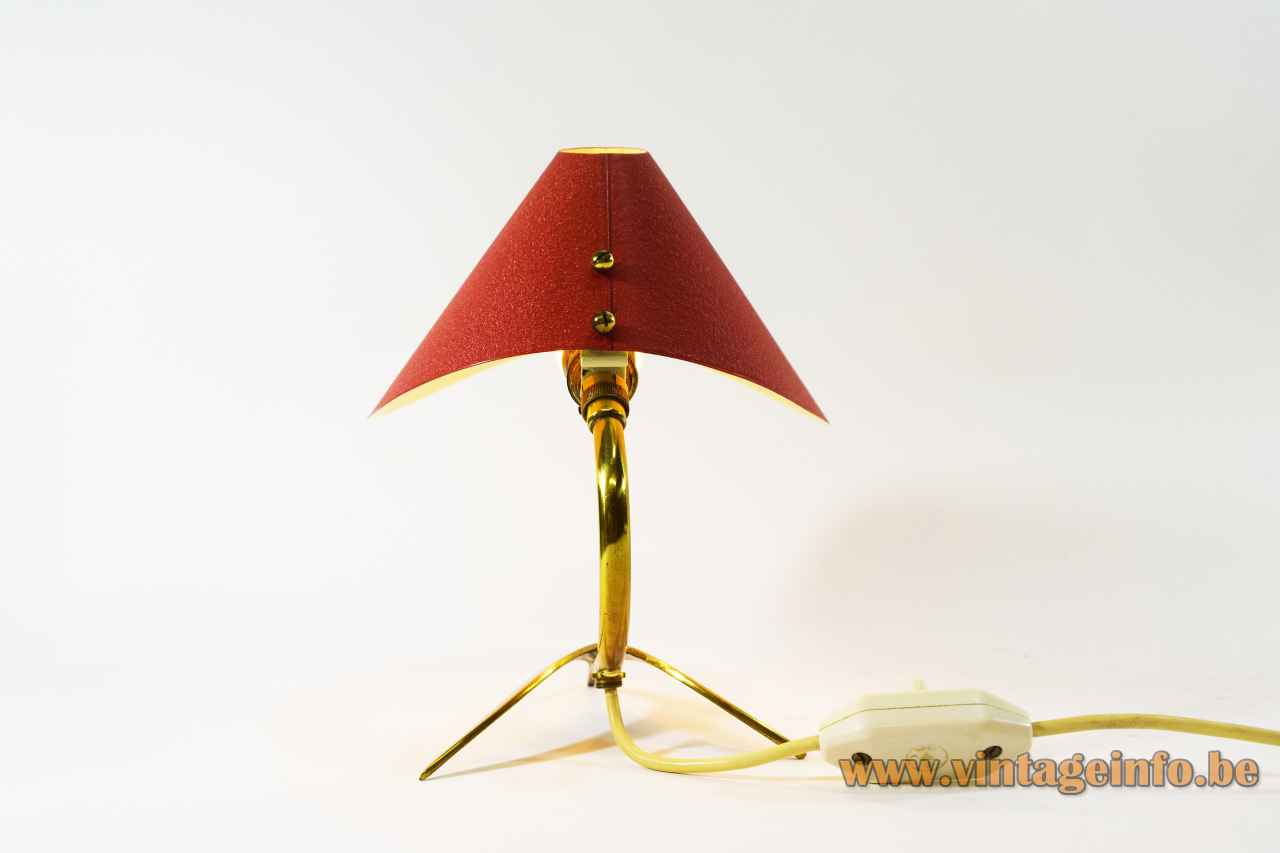 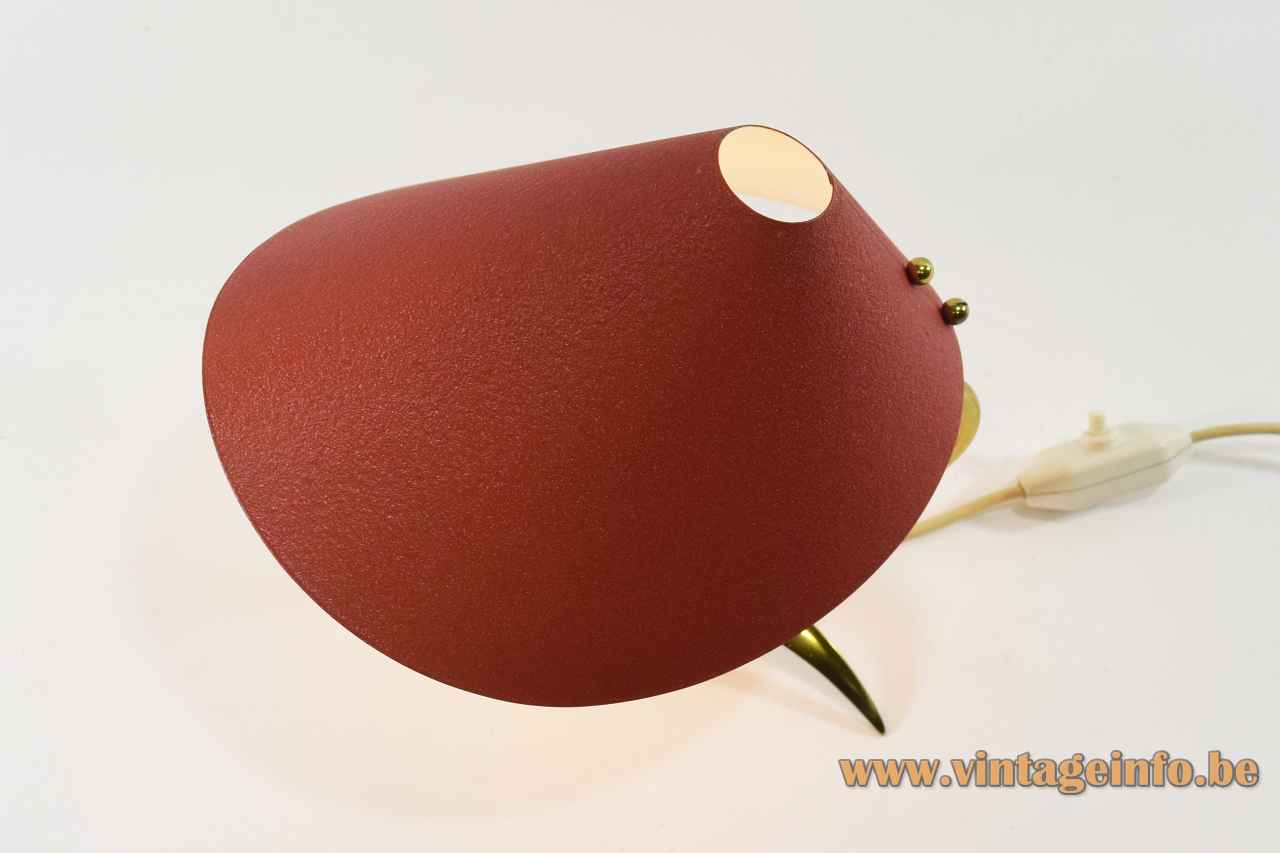 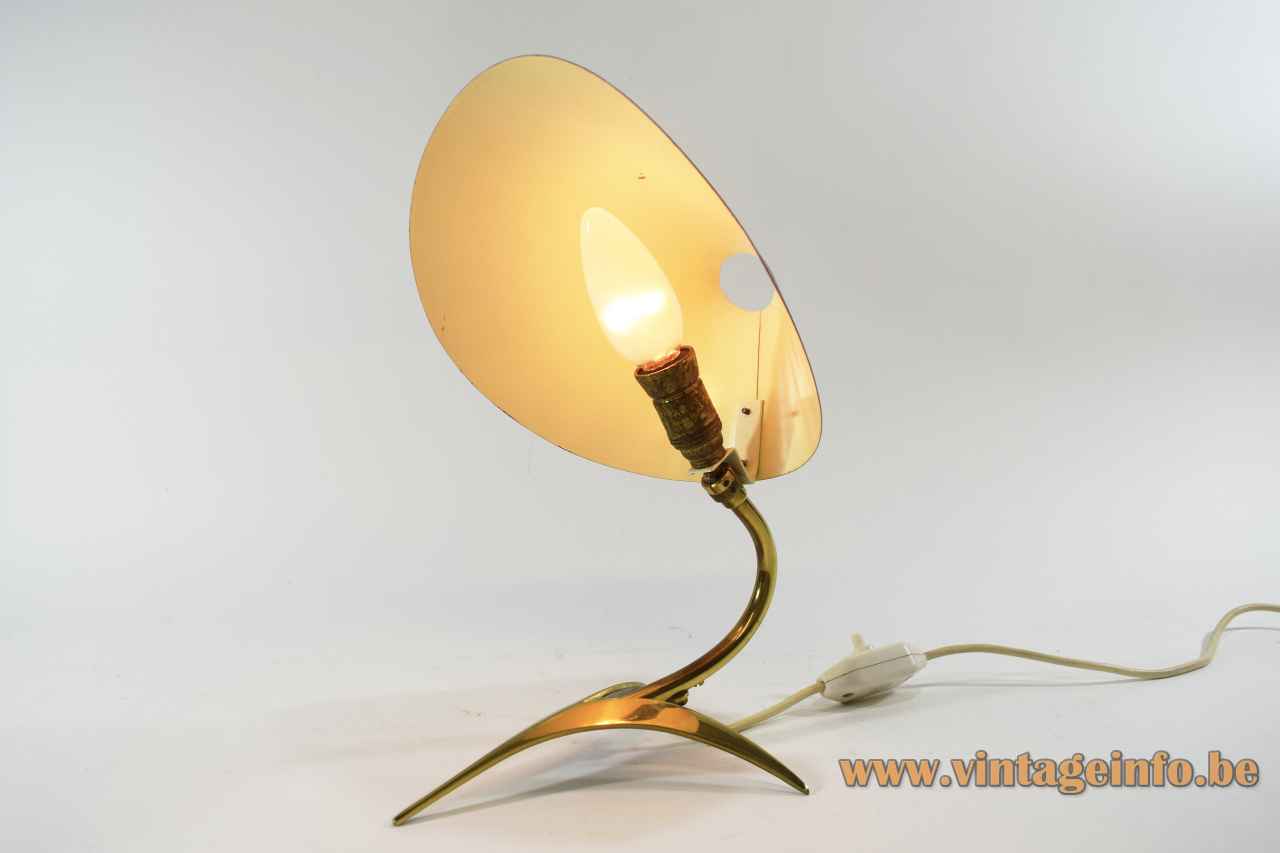 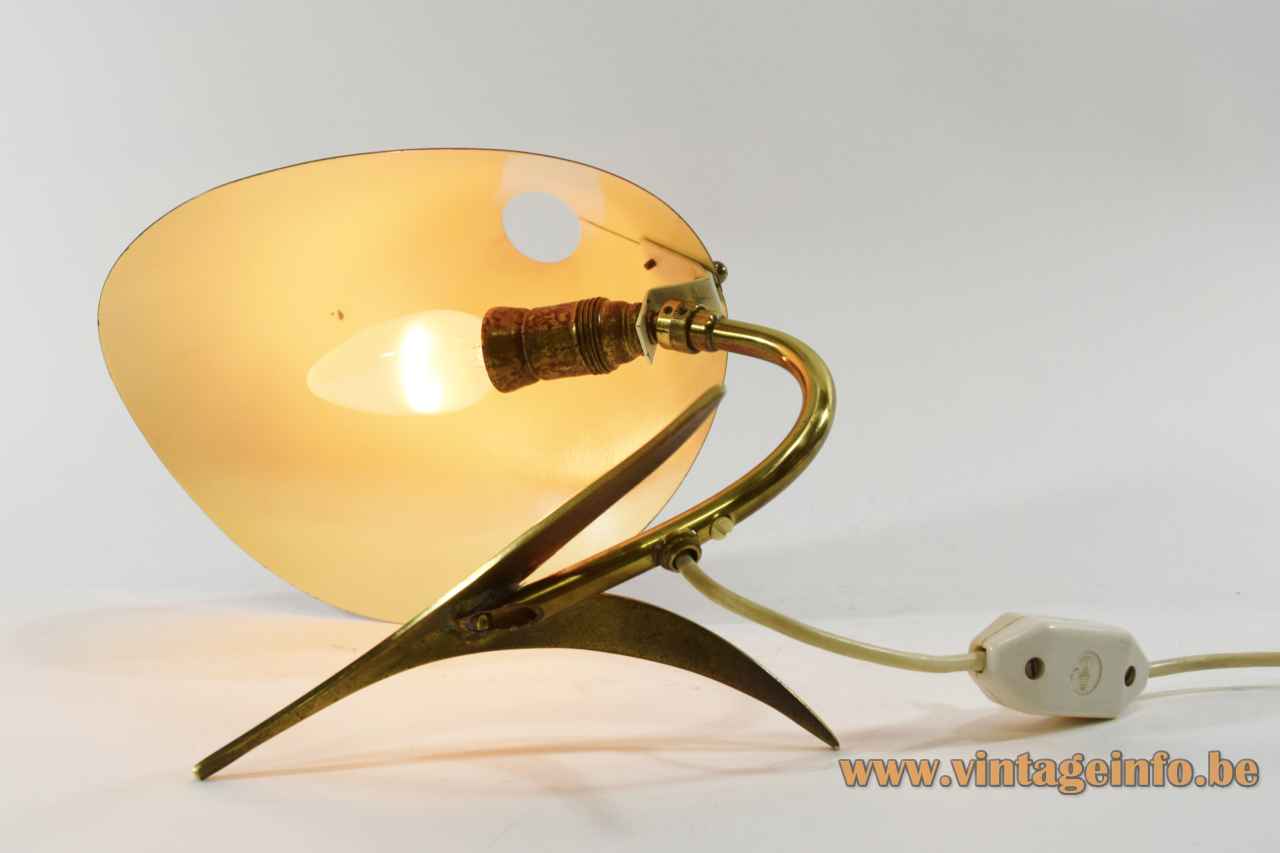 Other versions: This 1950s brass crow foot desk lamp exists in several colours. It appears in a 1958 catalogue.

The Brendel & Loewig company was founded in 1861 by Otto Brendel and Carl Loewig as a metal and paintwork company. Loewig left the company in 1872 and in 1893 Otto‘s son Erich and Adolf Jahn became co-owners.

In 1960 the company moved to Neukölnn, some 9 km to the south,  but still in Berlin. In the late 80s the company was renamed into Brendel Leuchten. The company received many awards for its designs.

1998 was the year the company moved to Arnsberg, near Dresden. Finally, in 2005 Brendel was taken over by Diana Licht Design GmbH & Co. KG from Ochtrup. 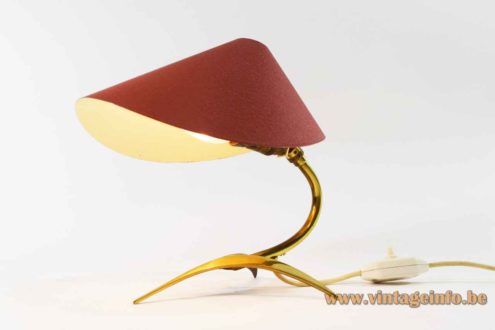 If Design Awards for Brendel & Loewig