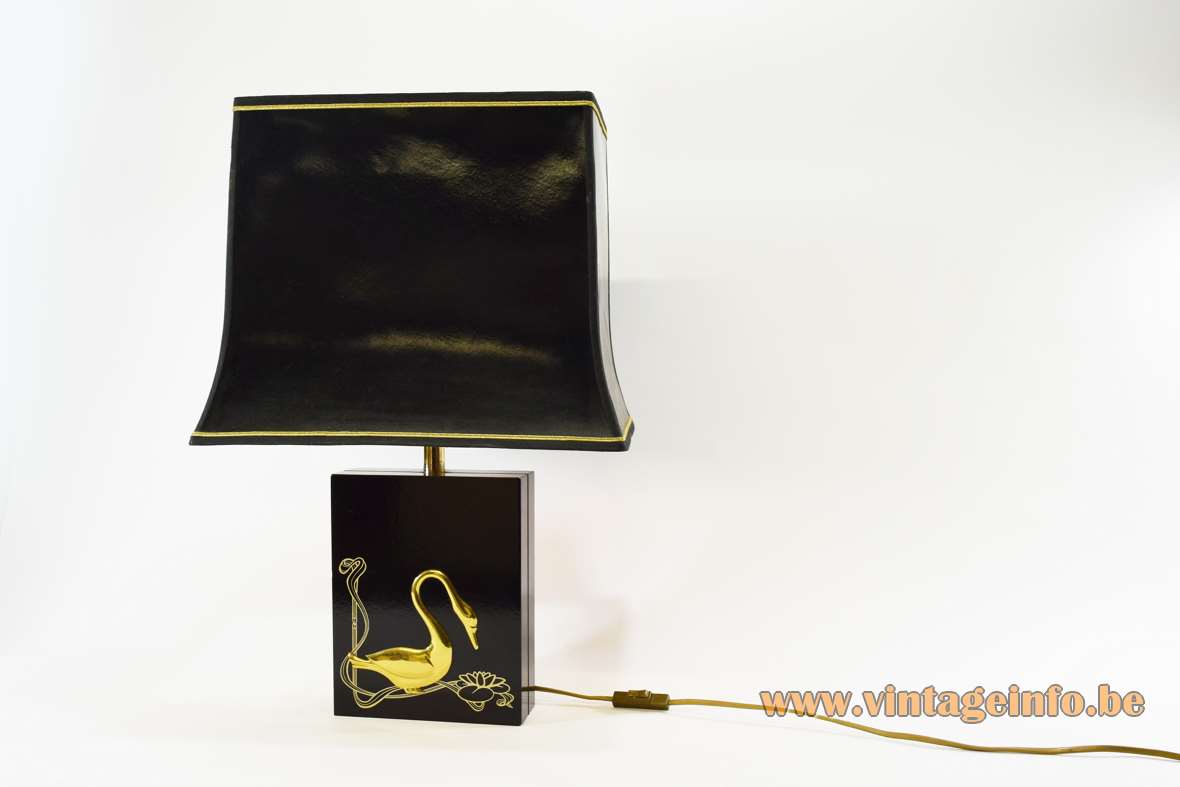 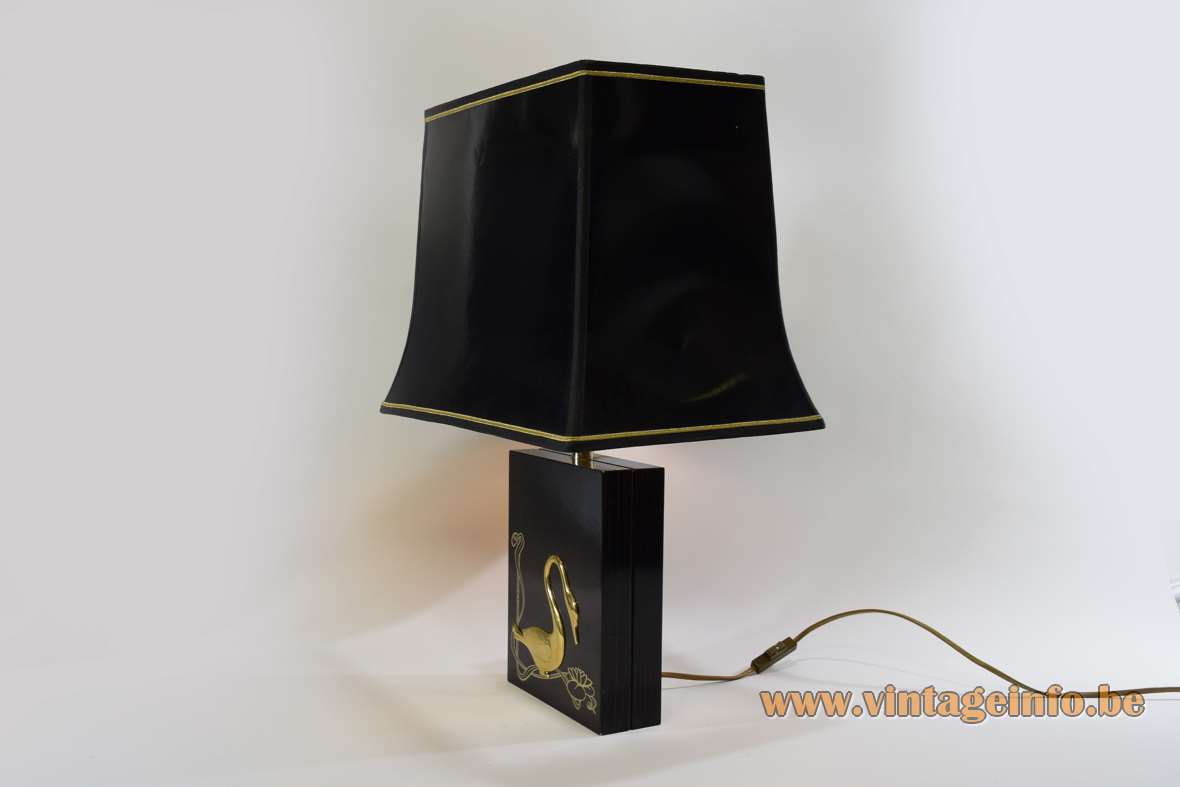 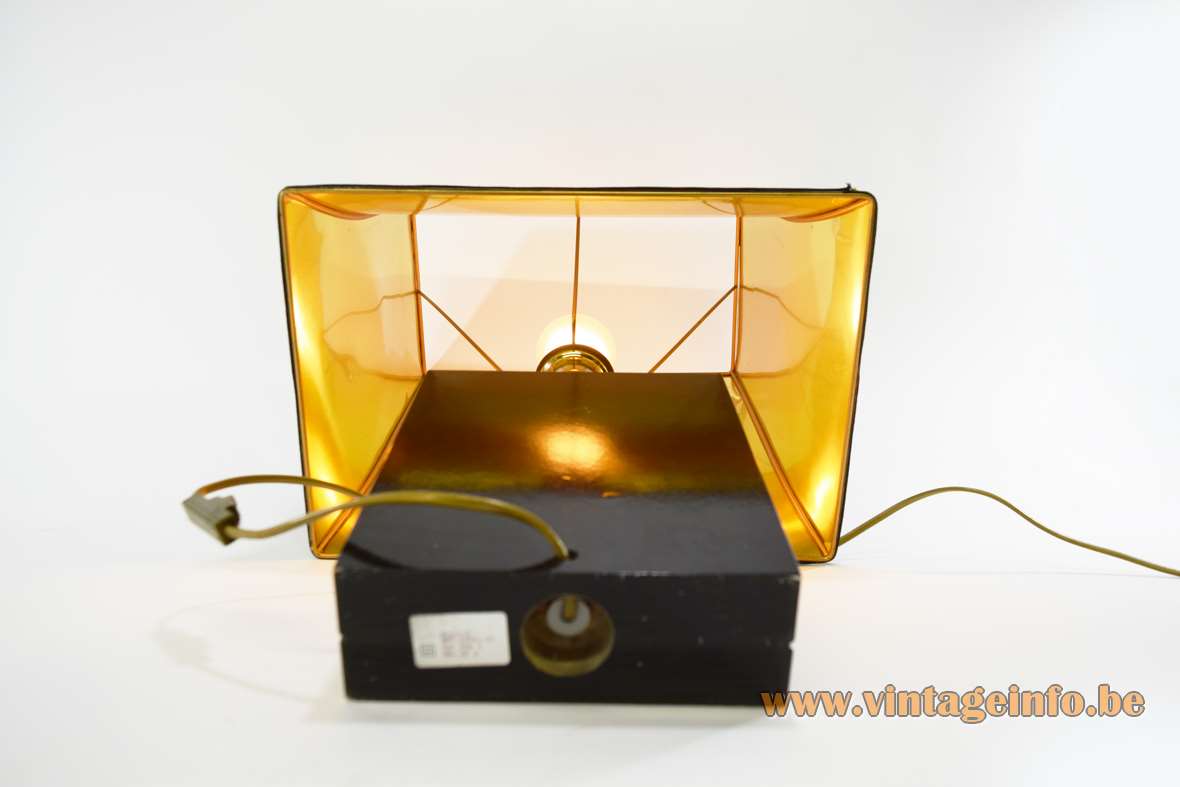 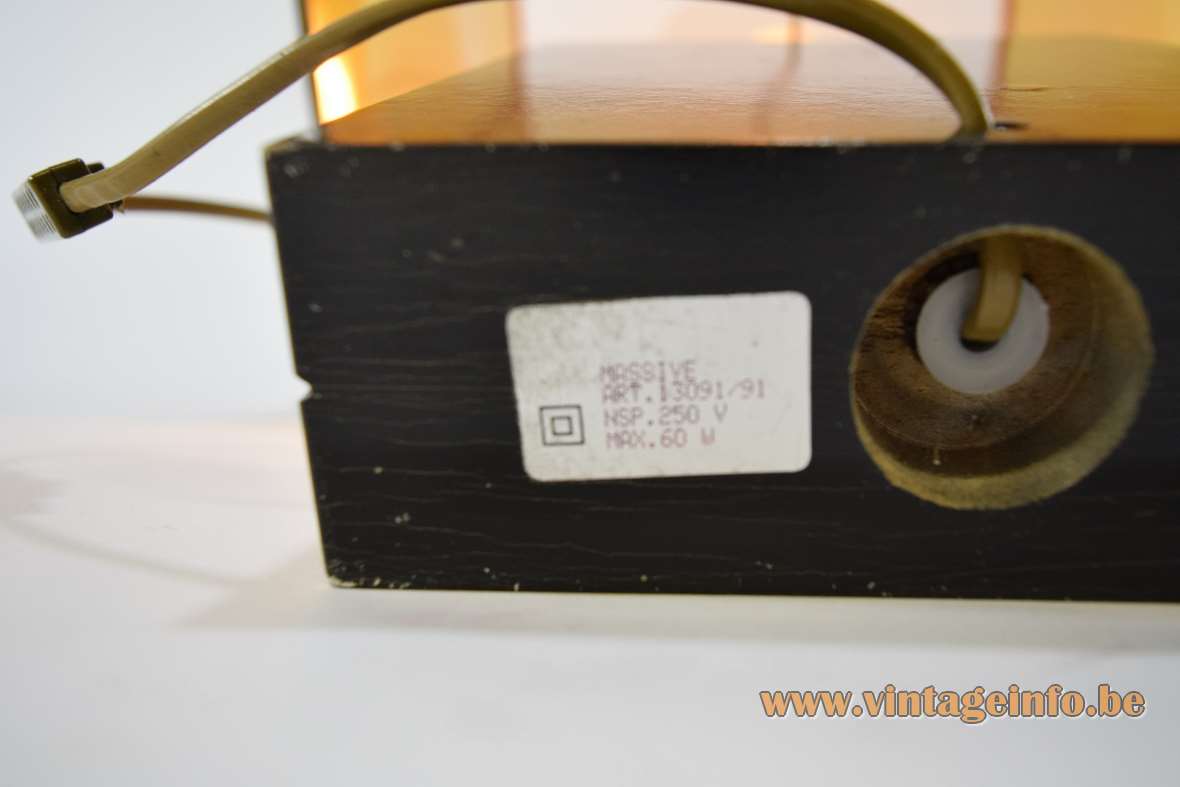 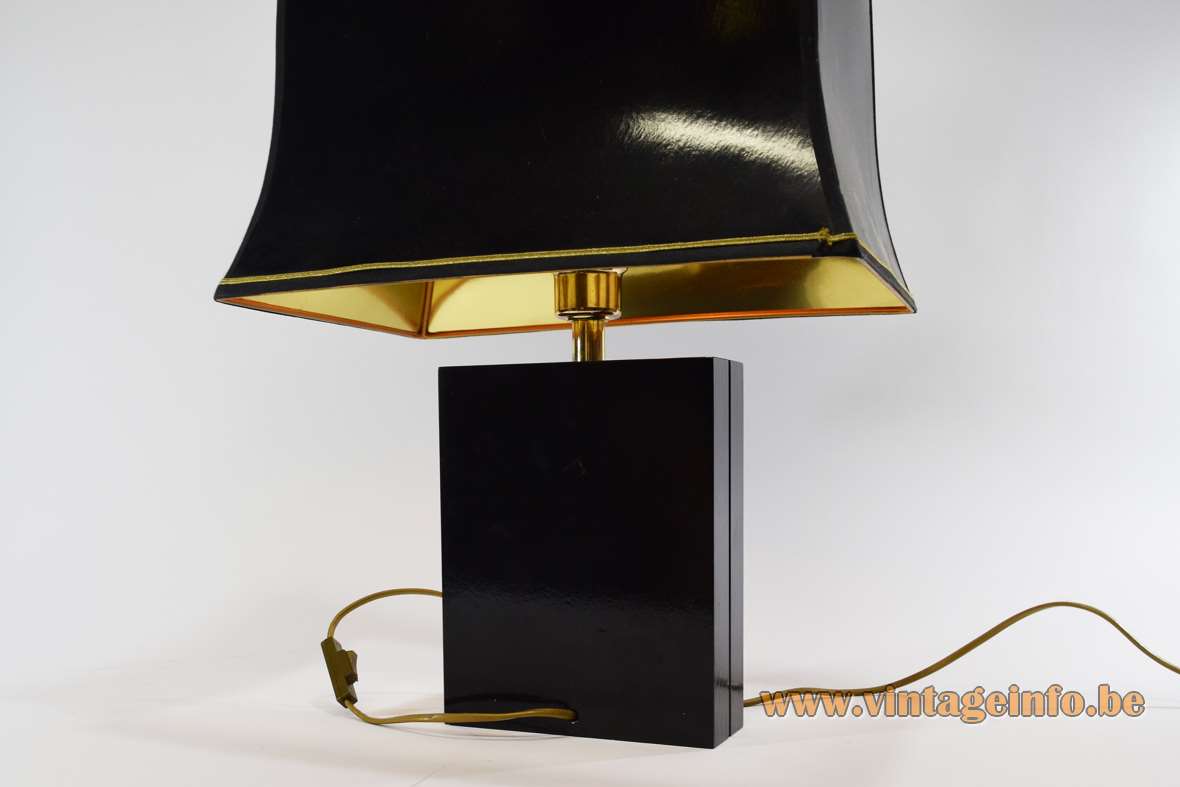 A 1980s table lamp  with a gold turtle decoration, also made by Massive, was used as a prop in the 1990 comical Flemish TV series FC De Kampioenen (Football Club The Champions). Here in episode 9 from series 3 (1992). Starring Marijn Devalck, Danni Heylen and Johny Voners. 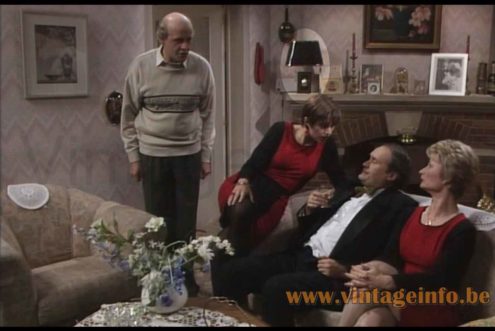 Other versions: This gold swan table lamp exists in several varieties. Massive produced many lamps in this “Hollywood Regency” style. All black with gold coloured decoration. They produced them since the late 1970s until the early 1990s. This table lamp is article number 13091/91. Several of them are on display here on Vintageinfo. You can find an example with a sea horse decoration over here.