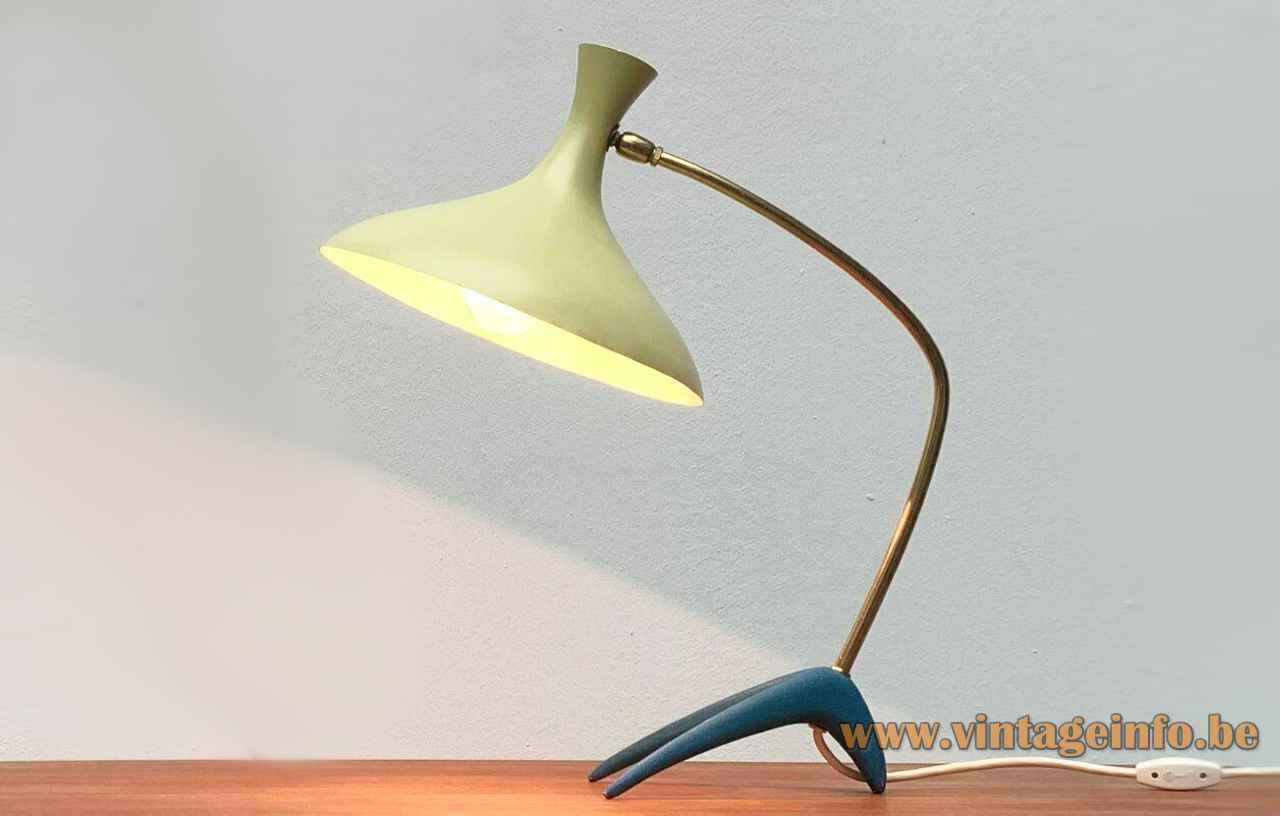 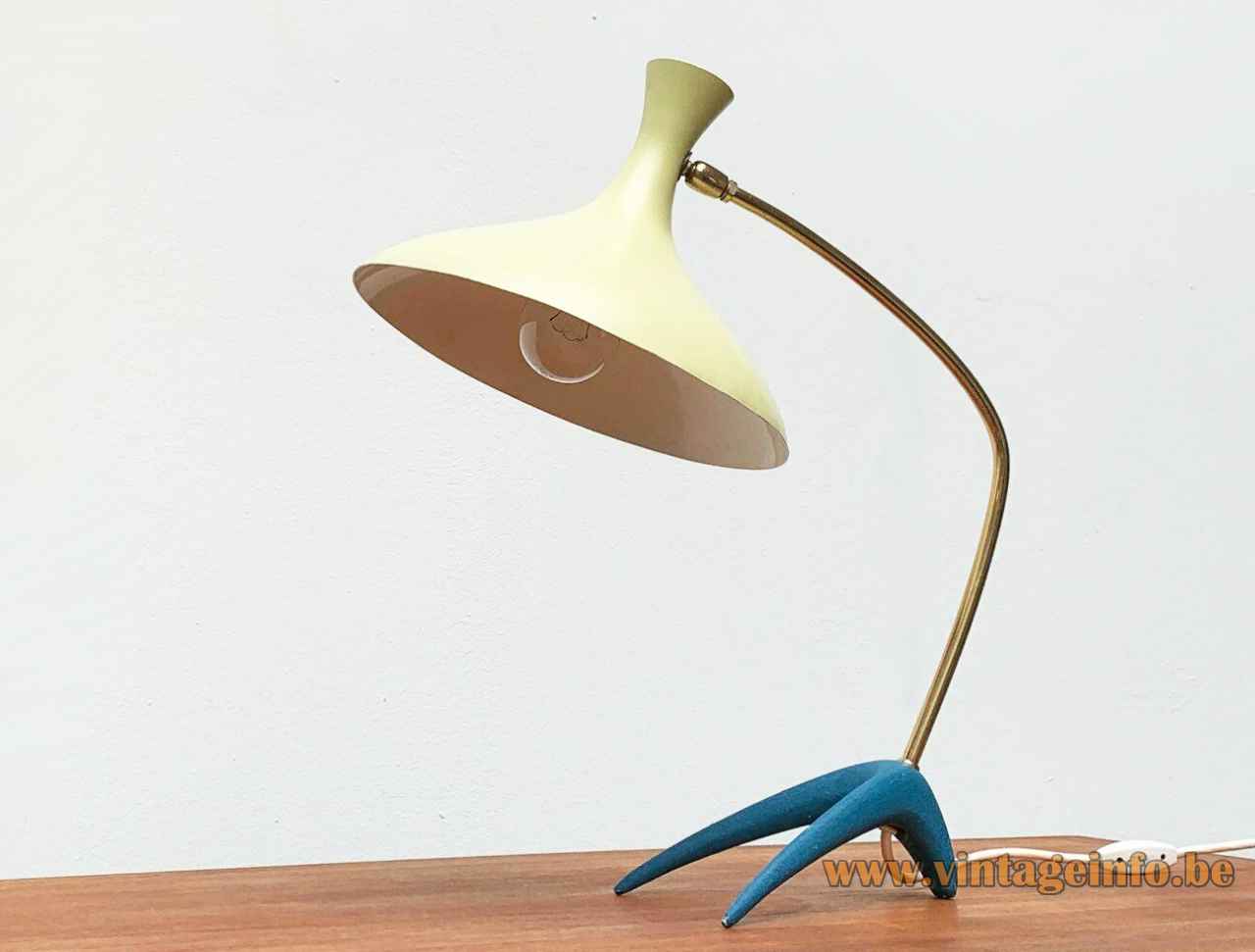 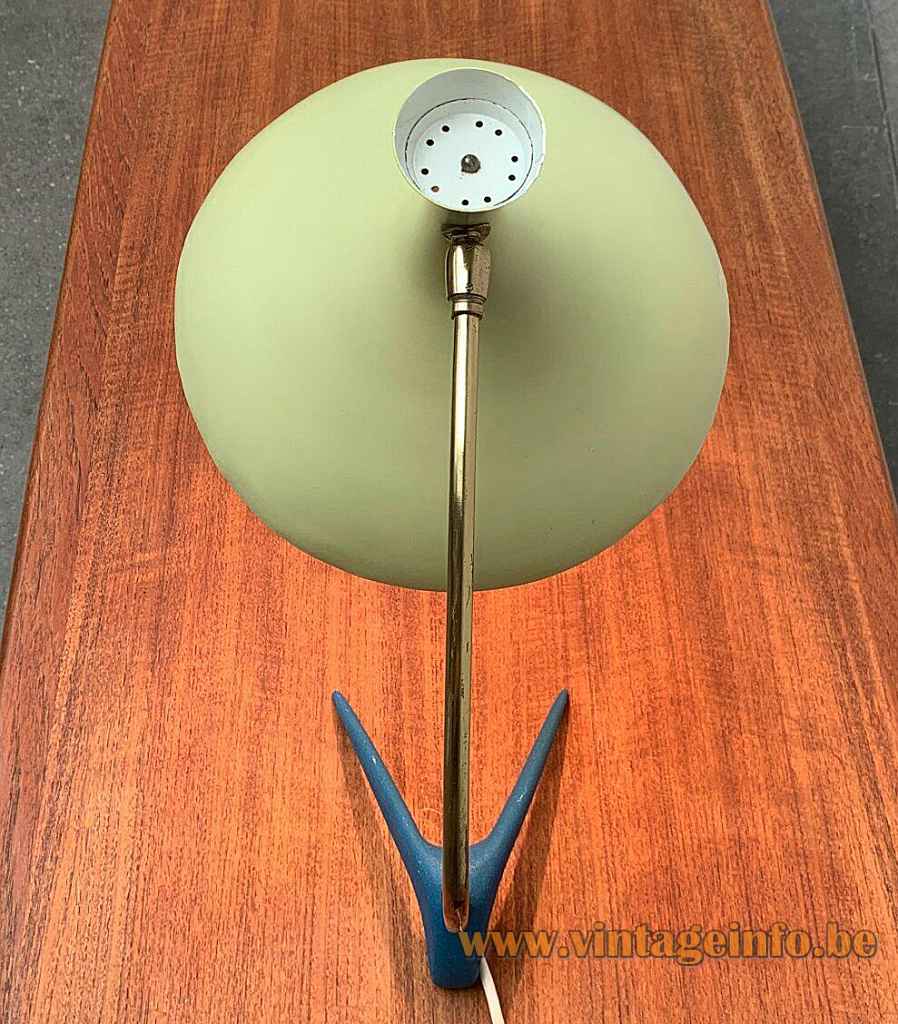 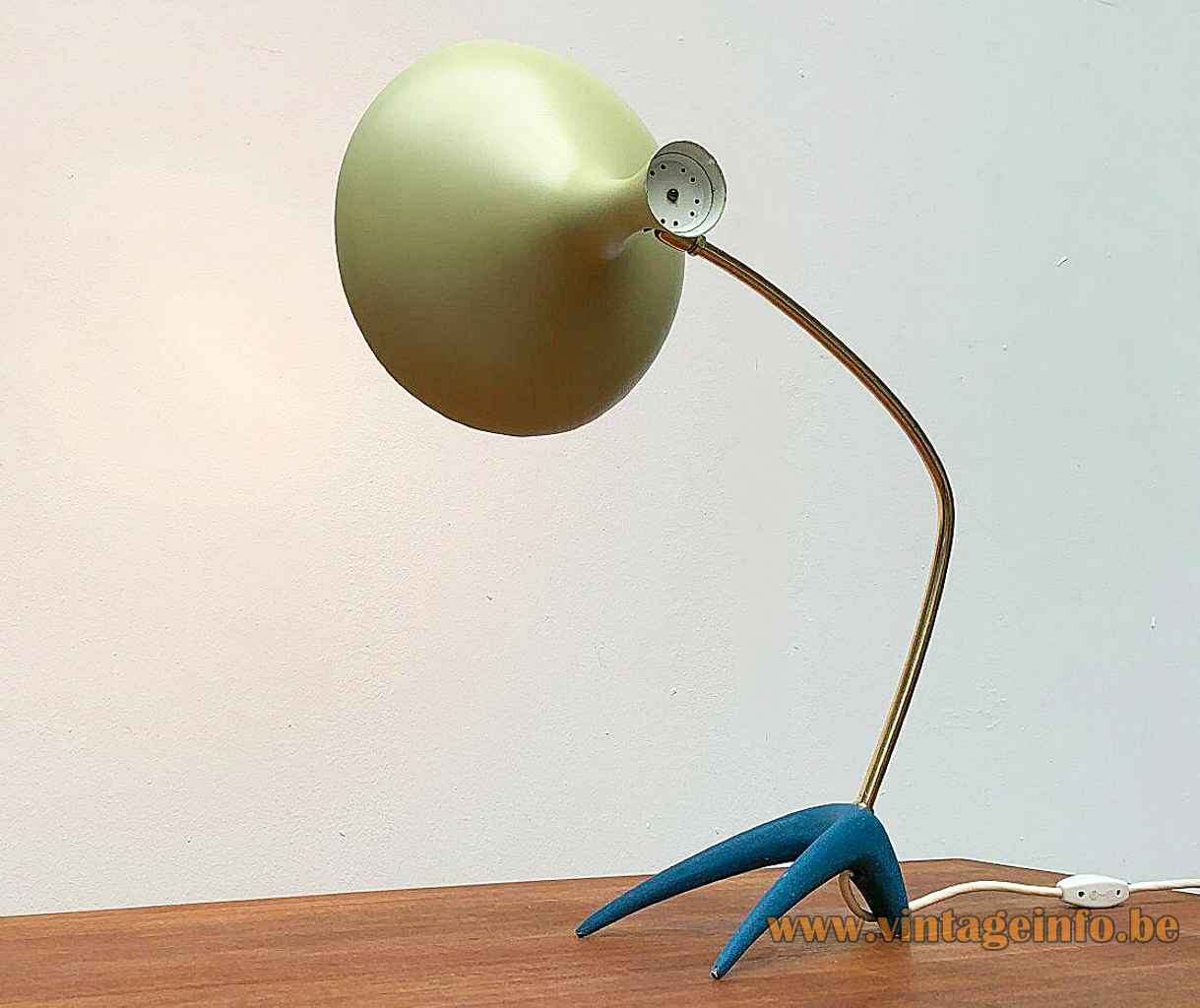 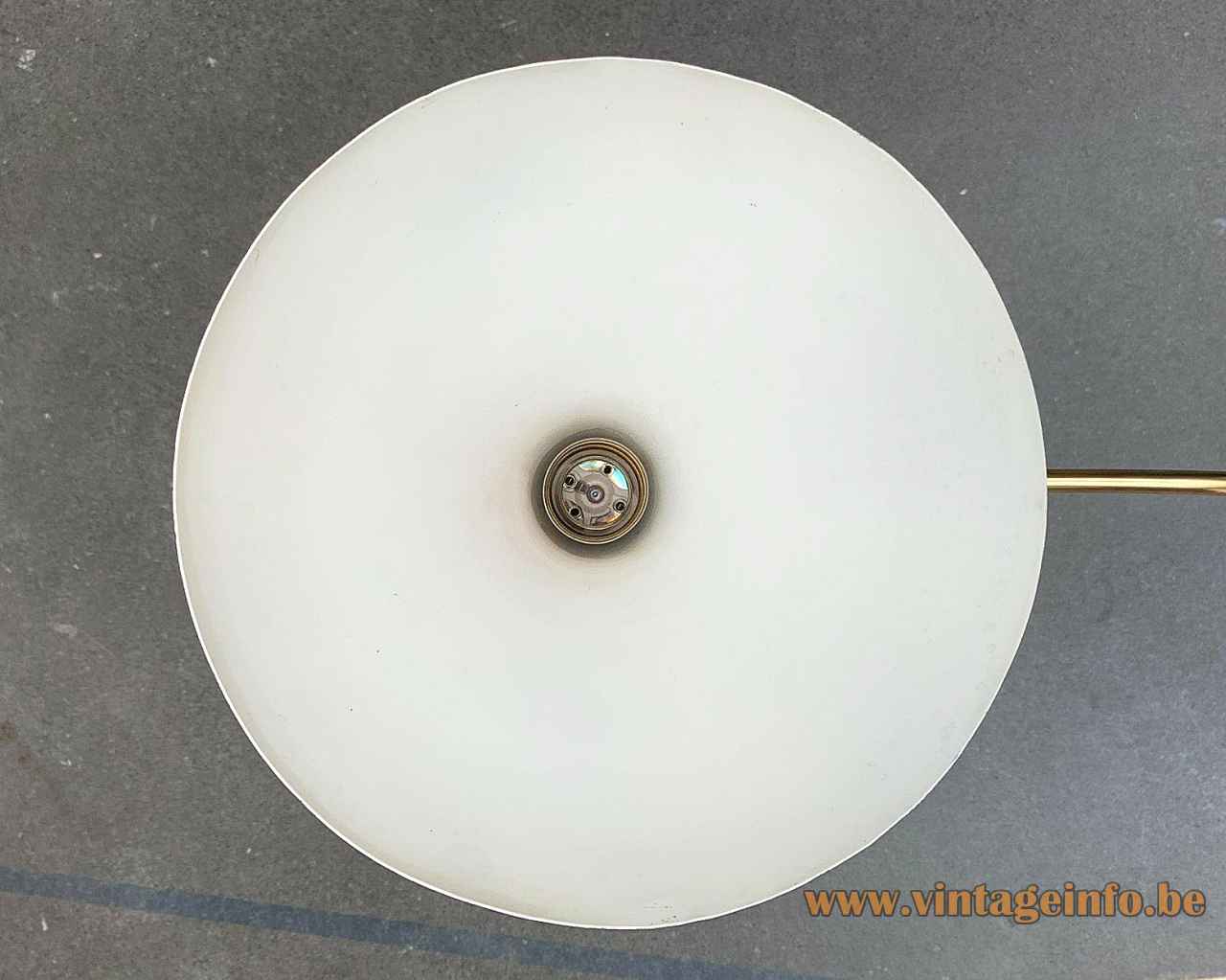 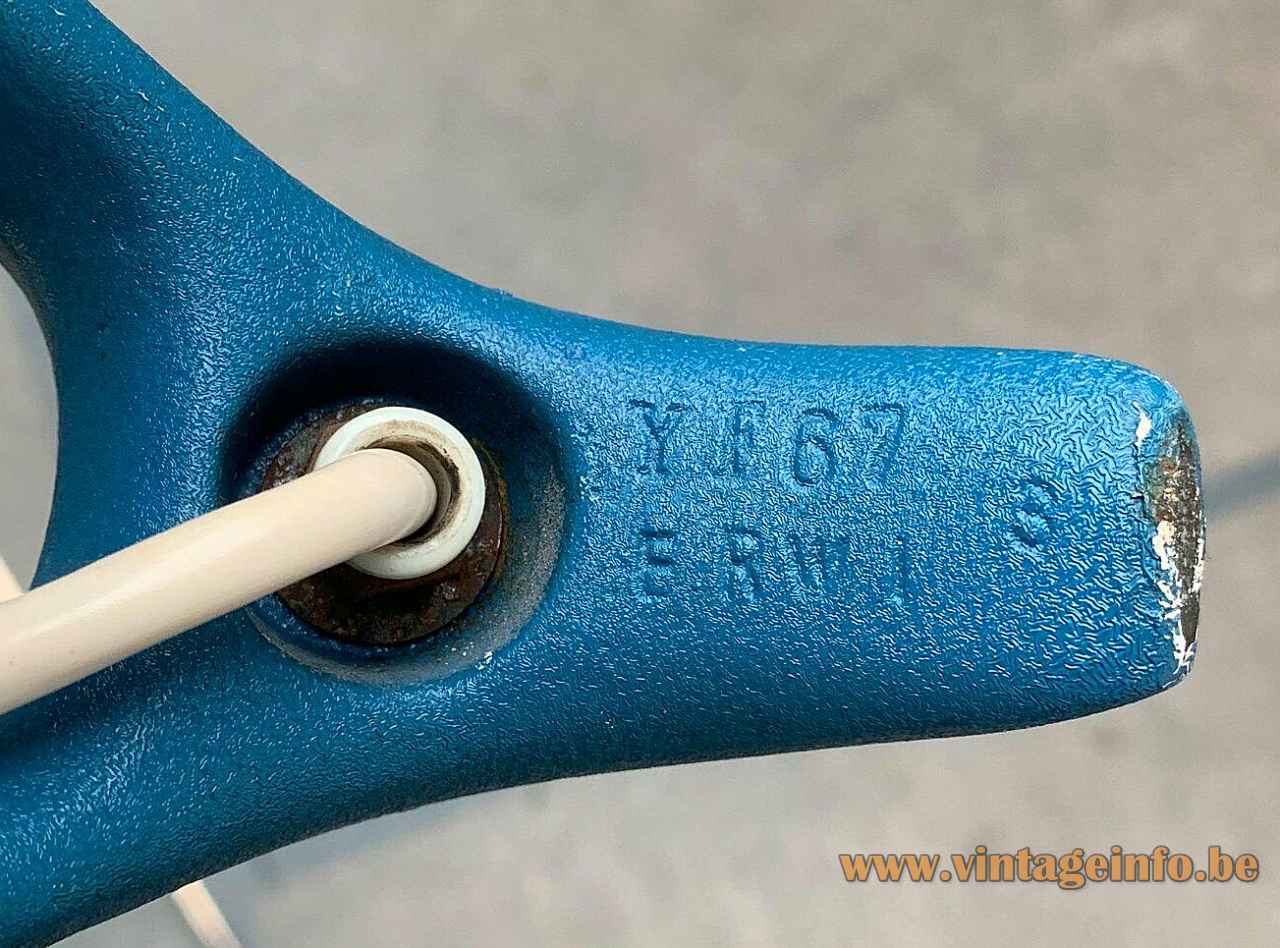 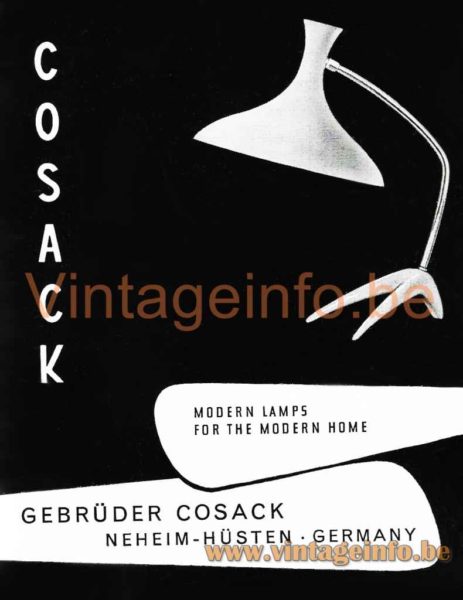 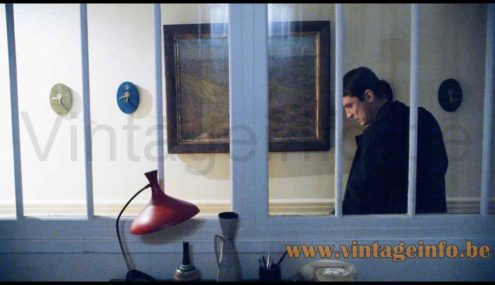 Other versions: This 1950s Cosack crowfoot desk lamp exists in several colours and sizes. Many different lampshades were used. Also a smaller version exists, you can find an example over here.

These lamps are often attributed to Dutch designer Louis Kalff, but Louis Kalff never designed lamps for the German Cosack company. Furthermore, Philips, the company Louis Kalff worked for in The Netherlands, never produced lamps with a crowfoot base. You will never find a crowfoot lamp in a Philips catalogue.

The Idman Oy company from Finland also produced a lamp with a crowfoot with a slightly different crowfoot base. It is also often attributed to Cosack or Louis Kalff. You can find it over here in the 1958 catalogue.

This lamp has a cast iron base made by Erwi model number YF67. Erwi was a cast iron producer, not a lamp producer. The company made cast iron counterweights for several lighting companies. Erwi produced many items in cast iron, for instance also Christmas tree stands. In all probability a German company. The company no longer exists. 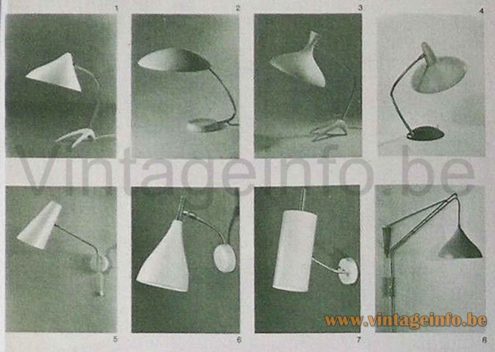