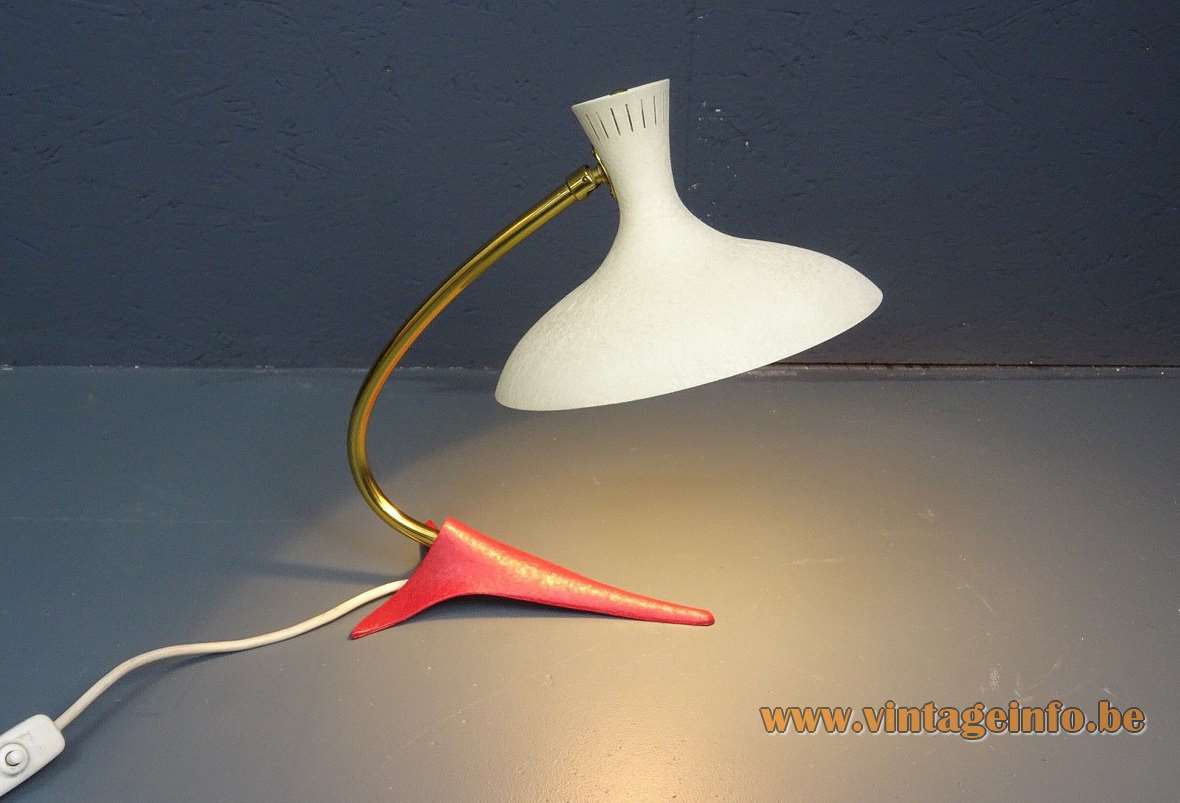 Other versions: This 1950s Cosack diabolo desk lamp exists in a few variations. The diabolo lampshade is used for many desk lamps produced by Cosack, also for a pendant lamp. Often said that it is a design by Louis Kalff (Philips), but those are false assumptions.