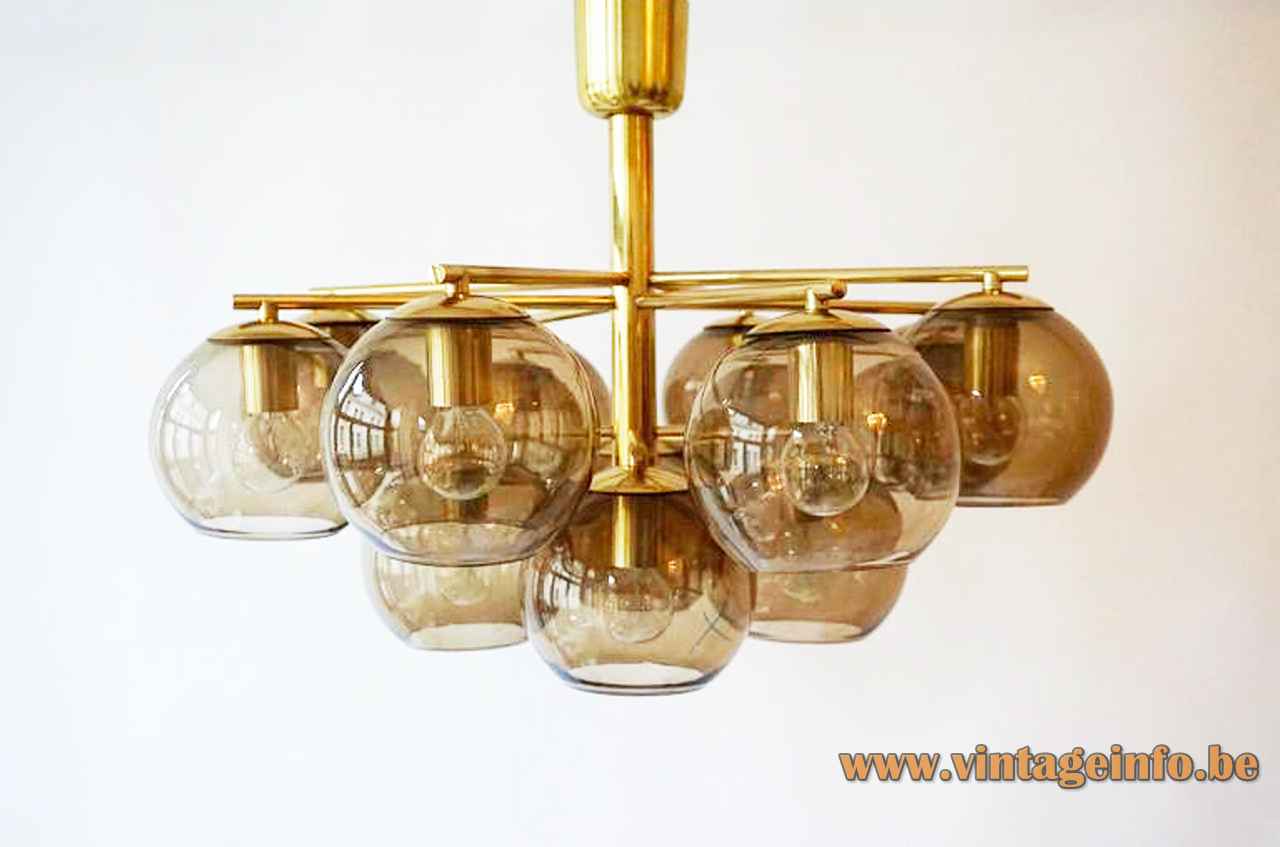 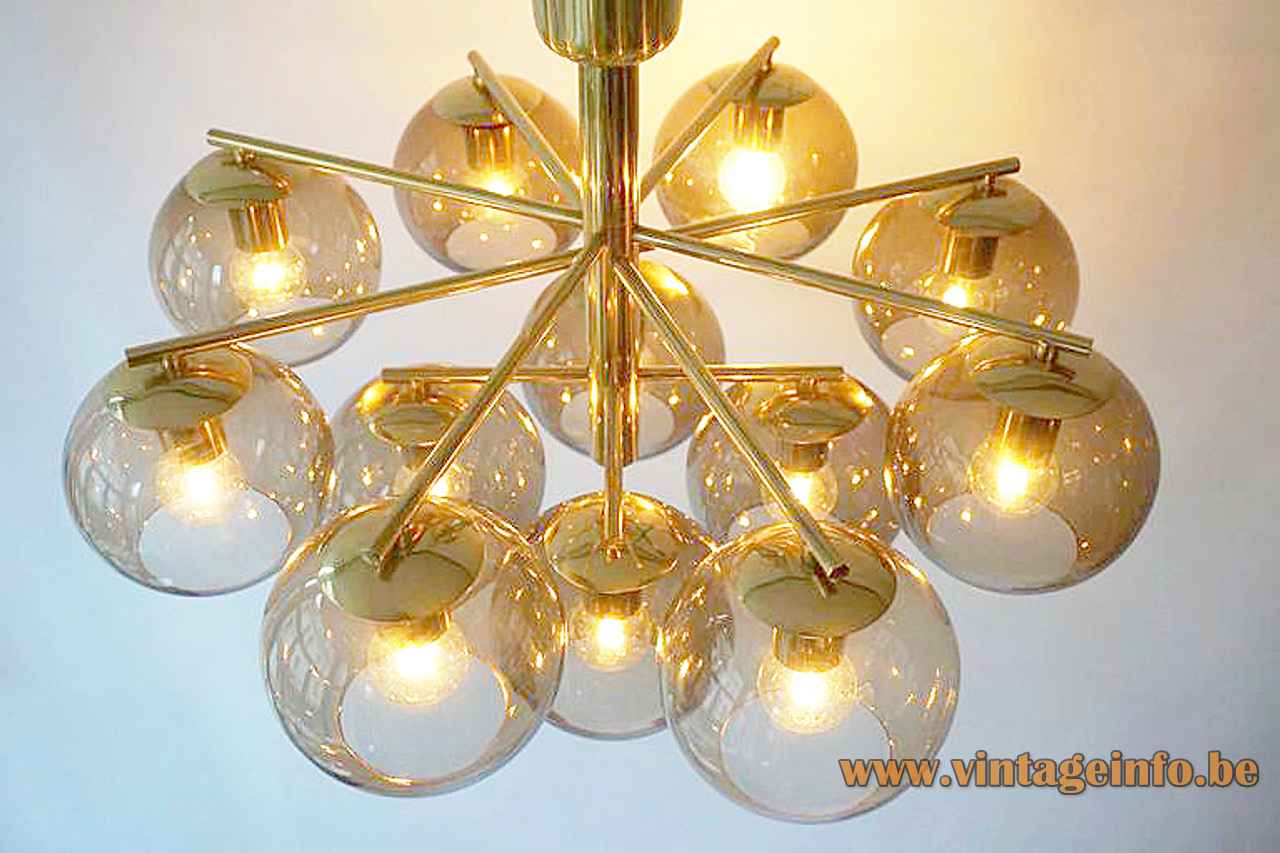 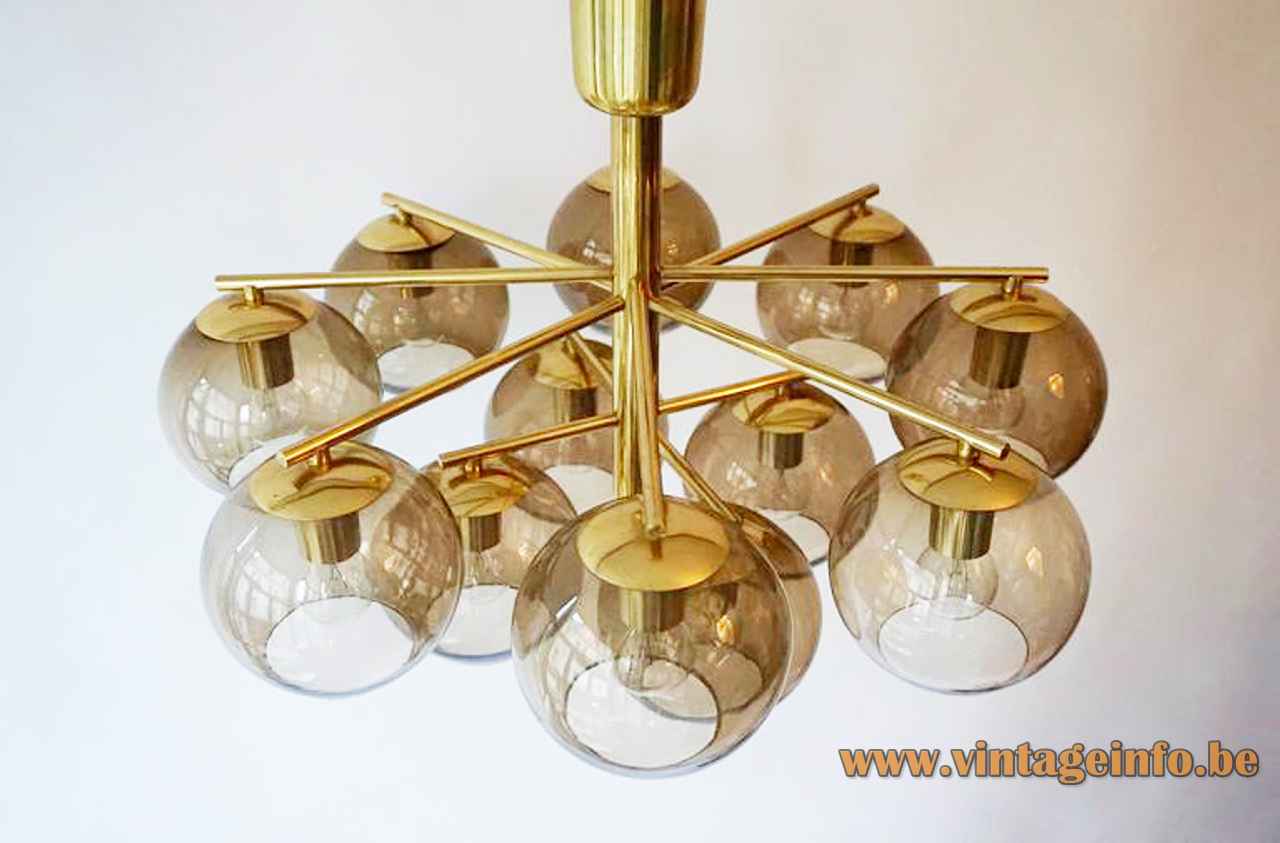 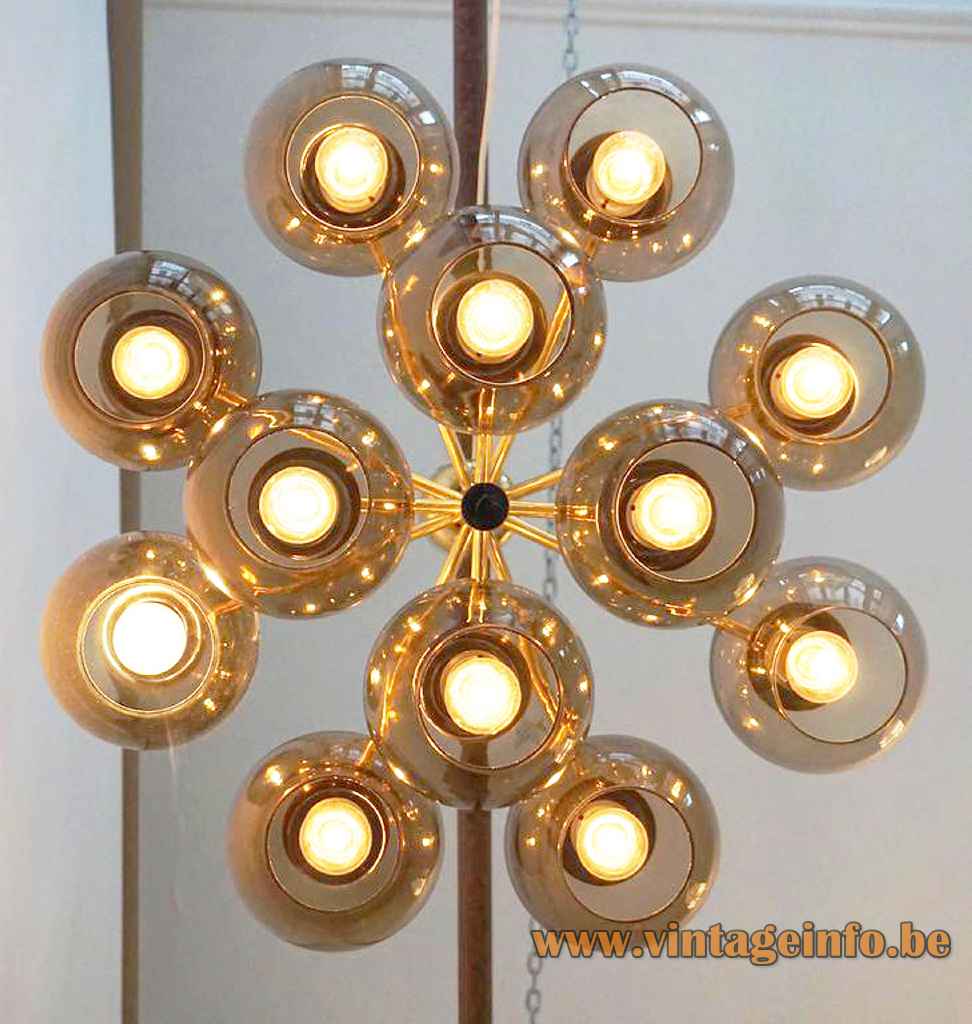 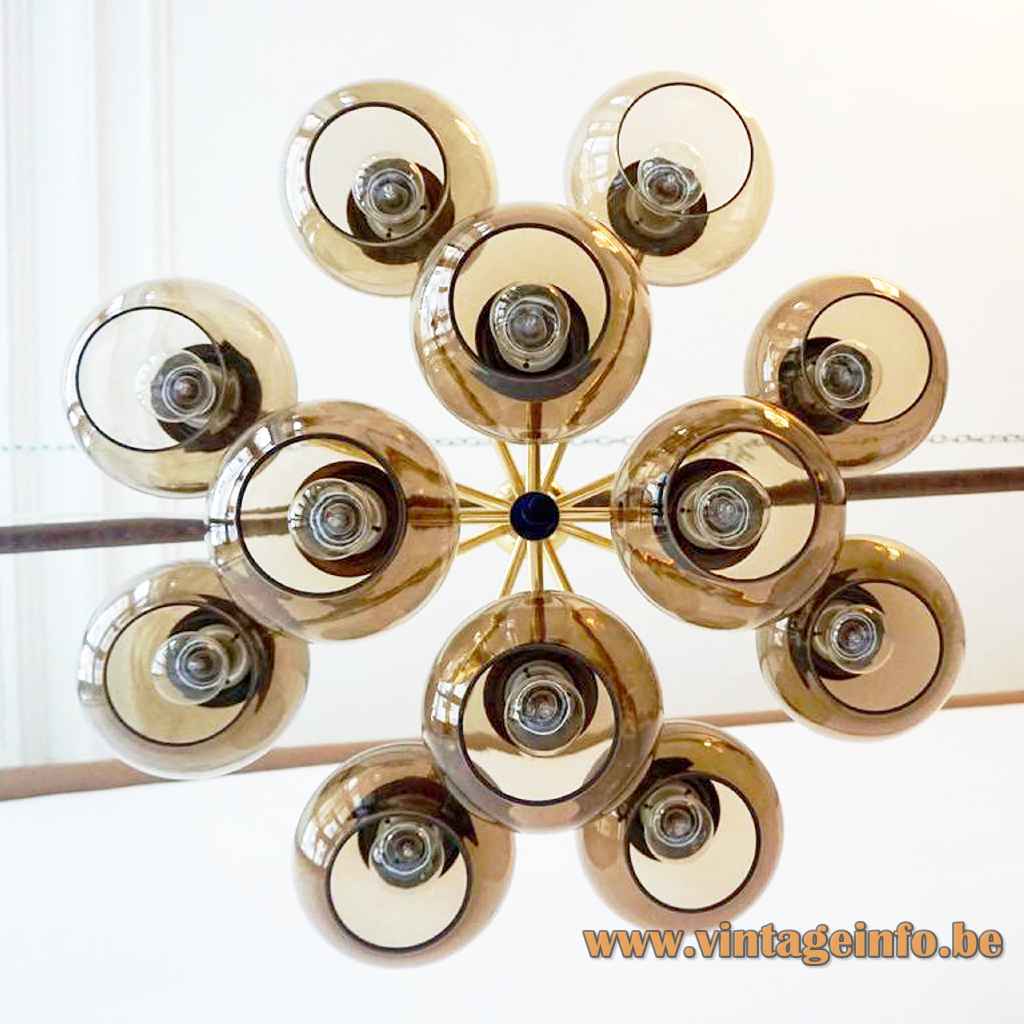 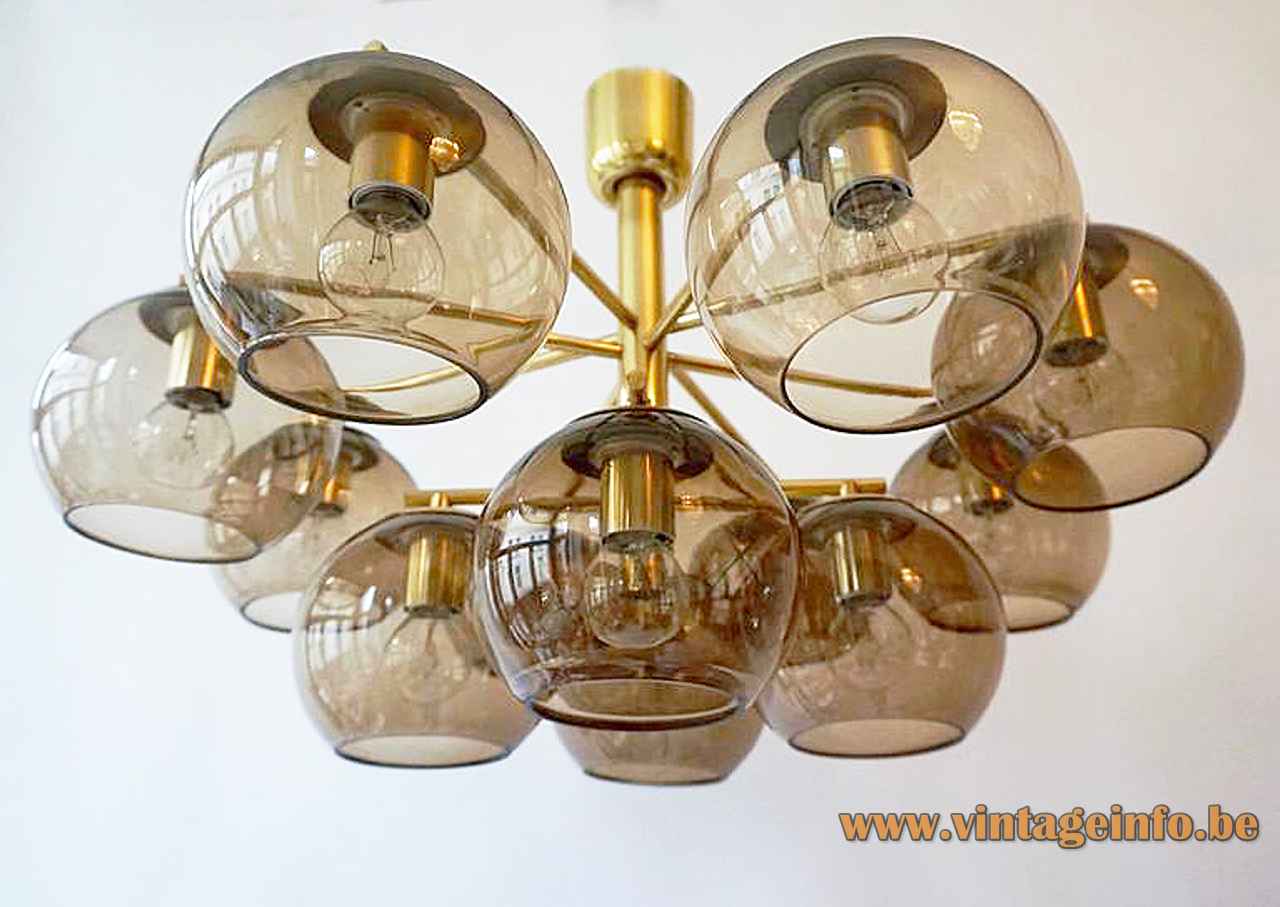 Although this chandelier has all the Hans-Agne Jakobsson looks, the thick tube never appears in his works. It is something you do see with several lamps from the German Cosack company.

Many thanks to Frank from nullviernull raum+kommunikation for the help by identifying this chandelier. You can find his shop over here on Ebay.