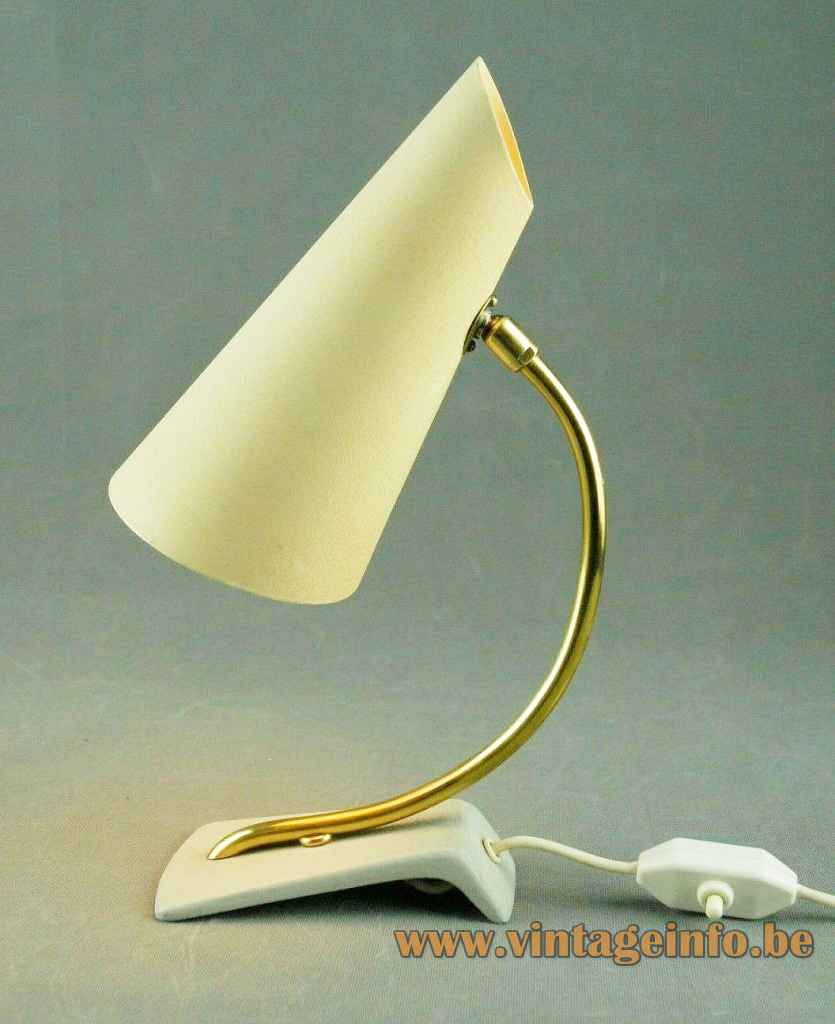 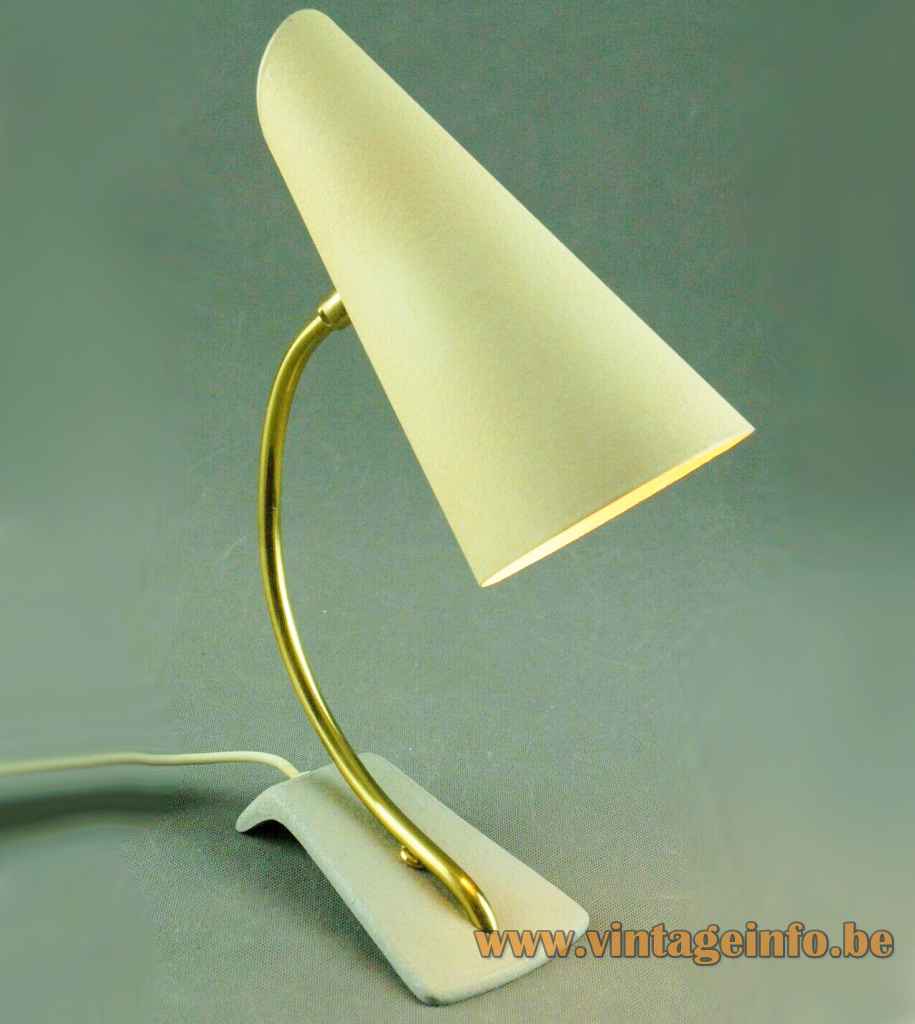 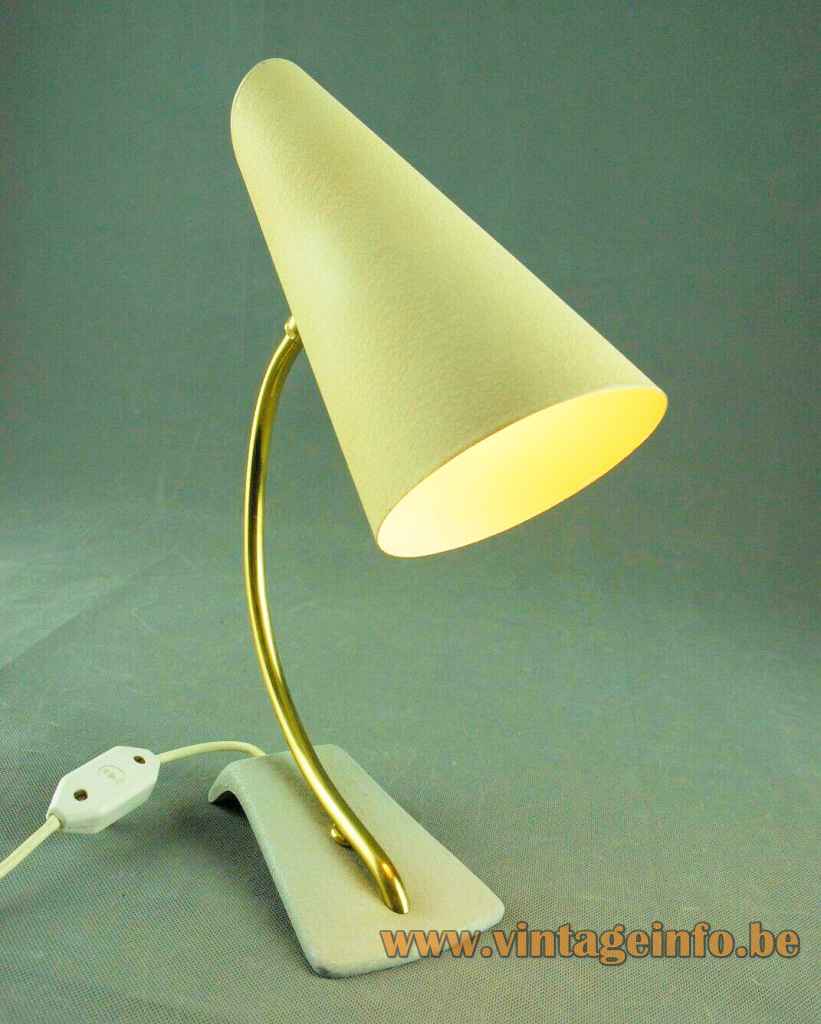 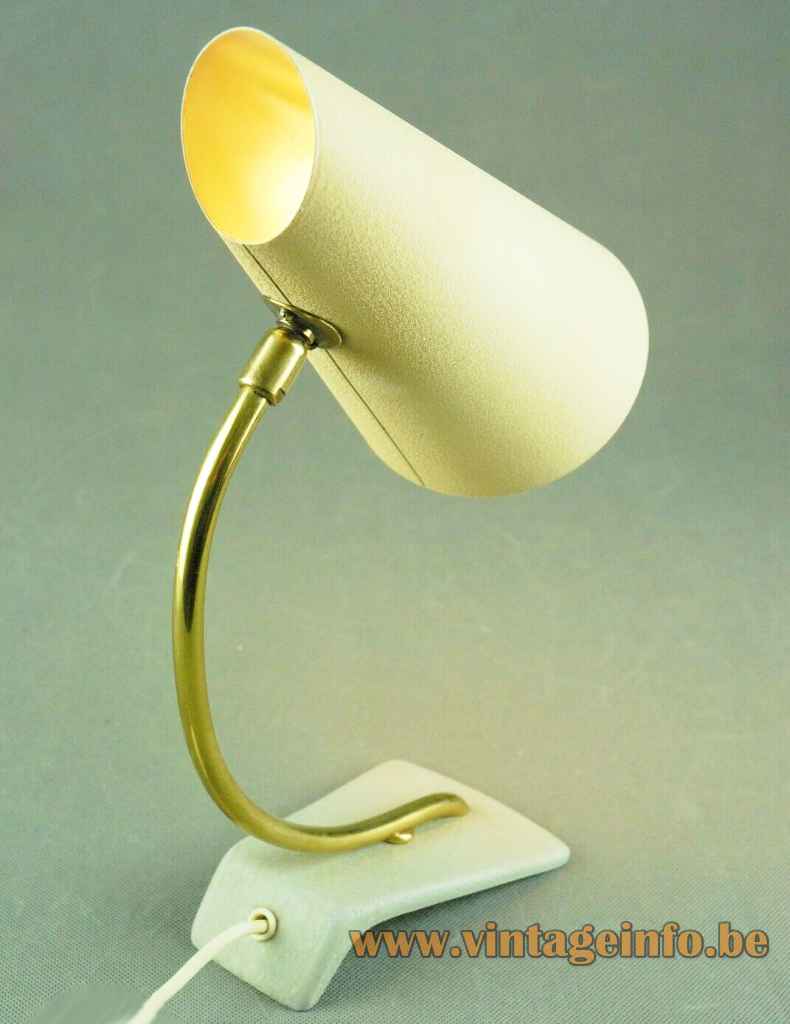 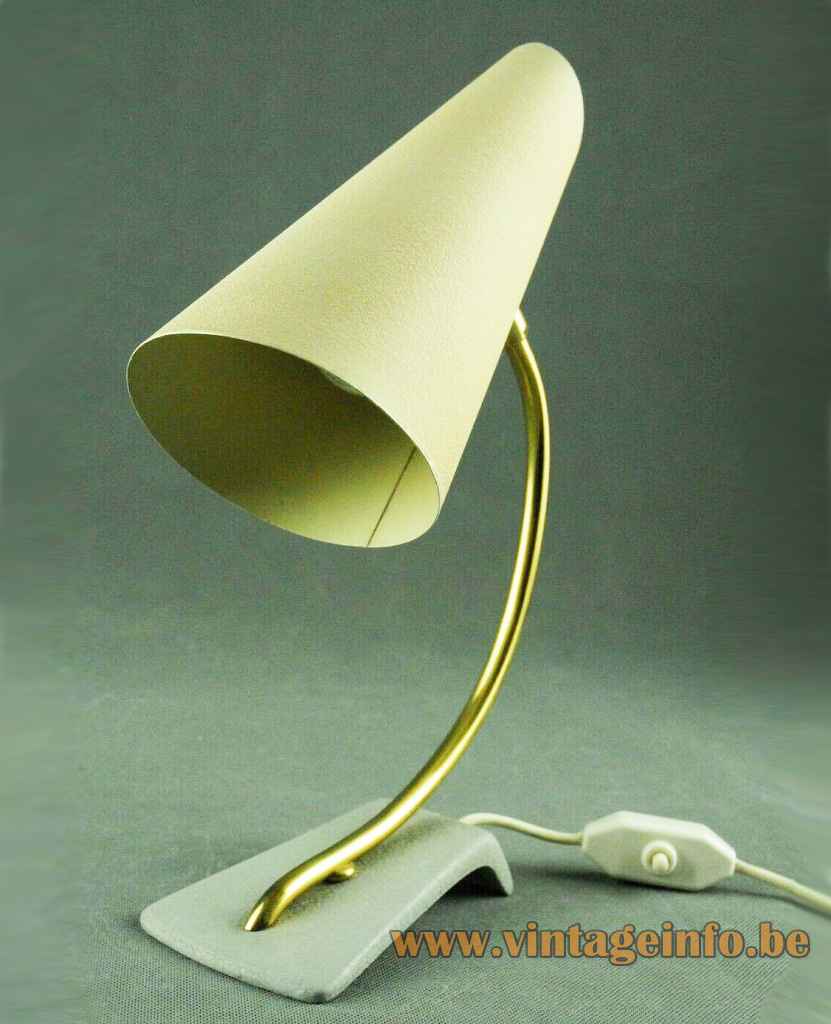 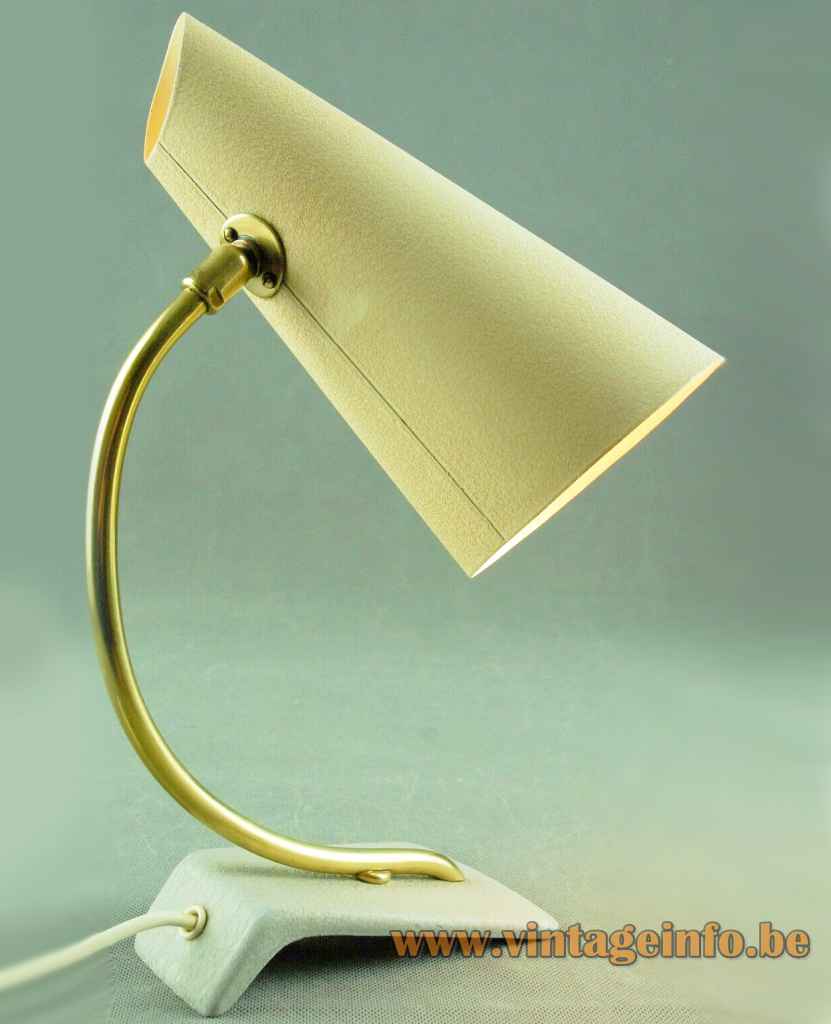 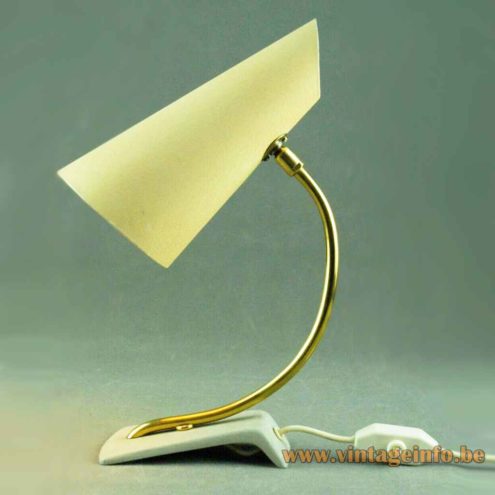 Other versions: This Cosack cone desk lamp exists in several colours. Many different lampshades were used for lamps with the same base. In Germany these lamps are named Tütenschirm lamps: cone screen.