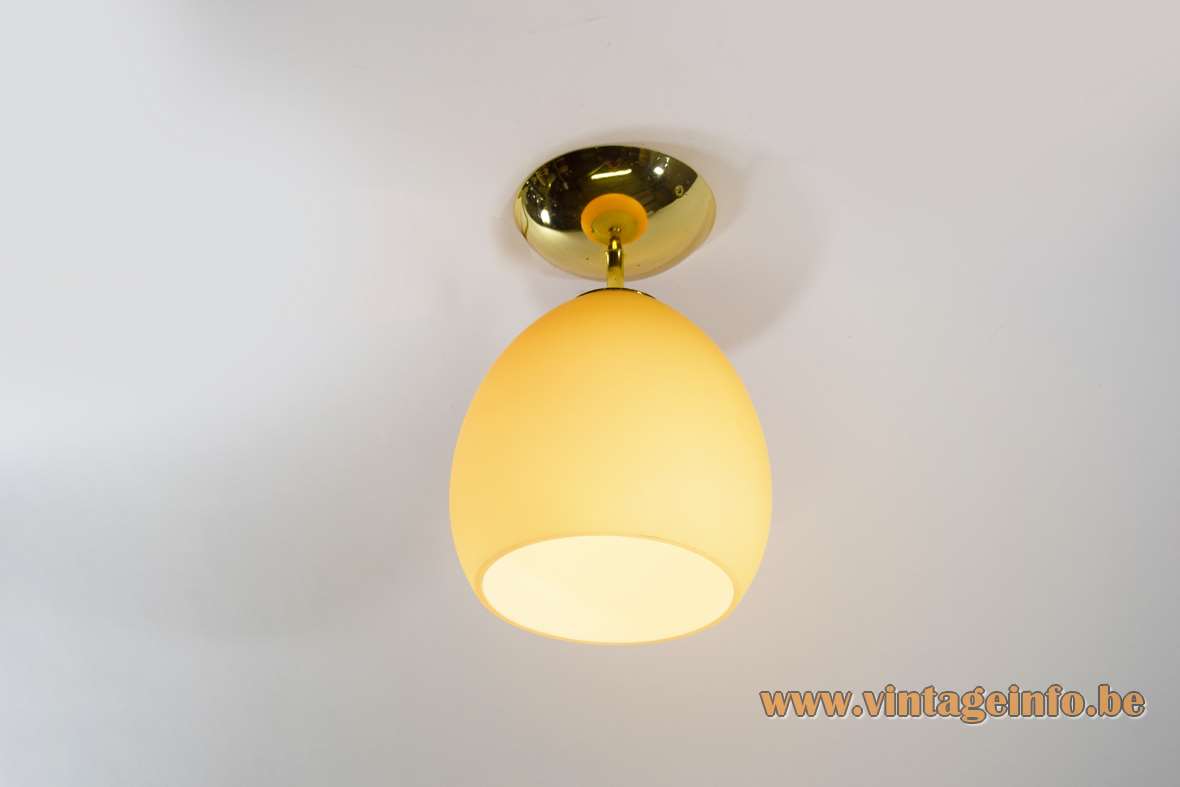 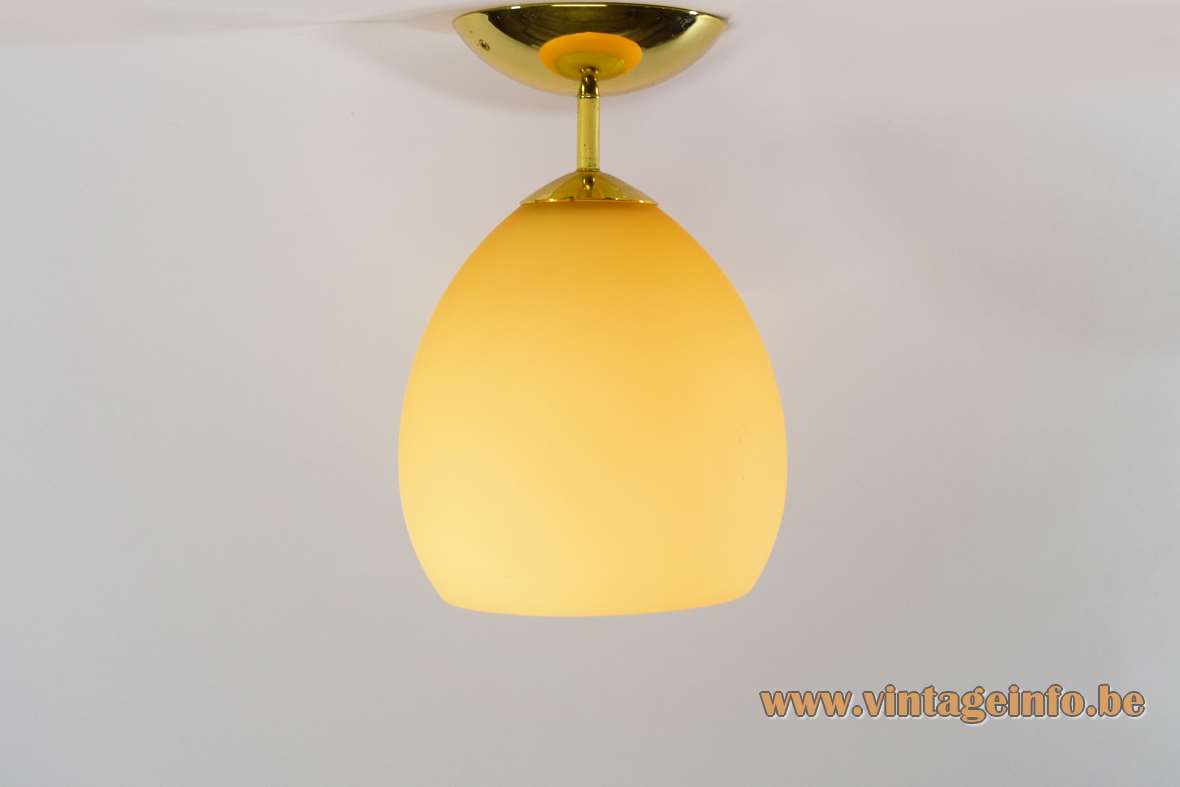 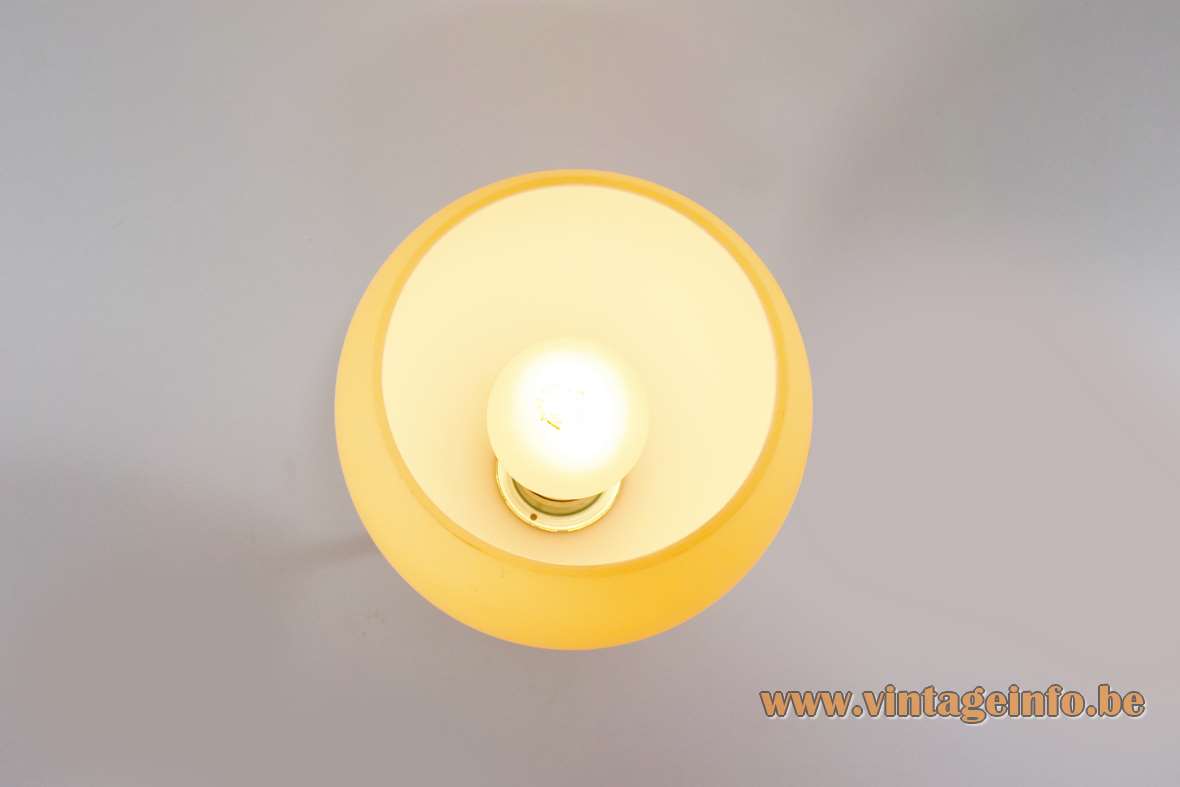 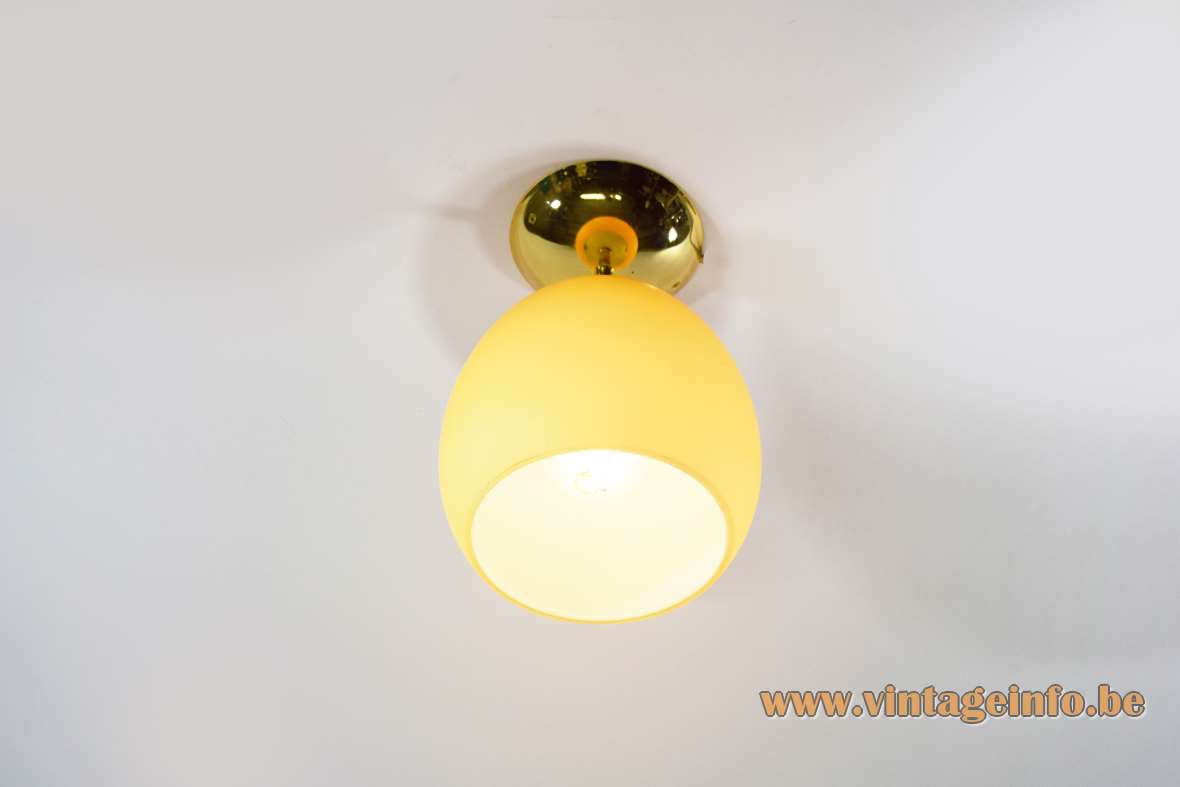 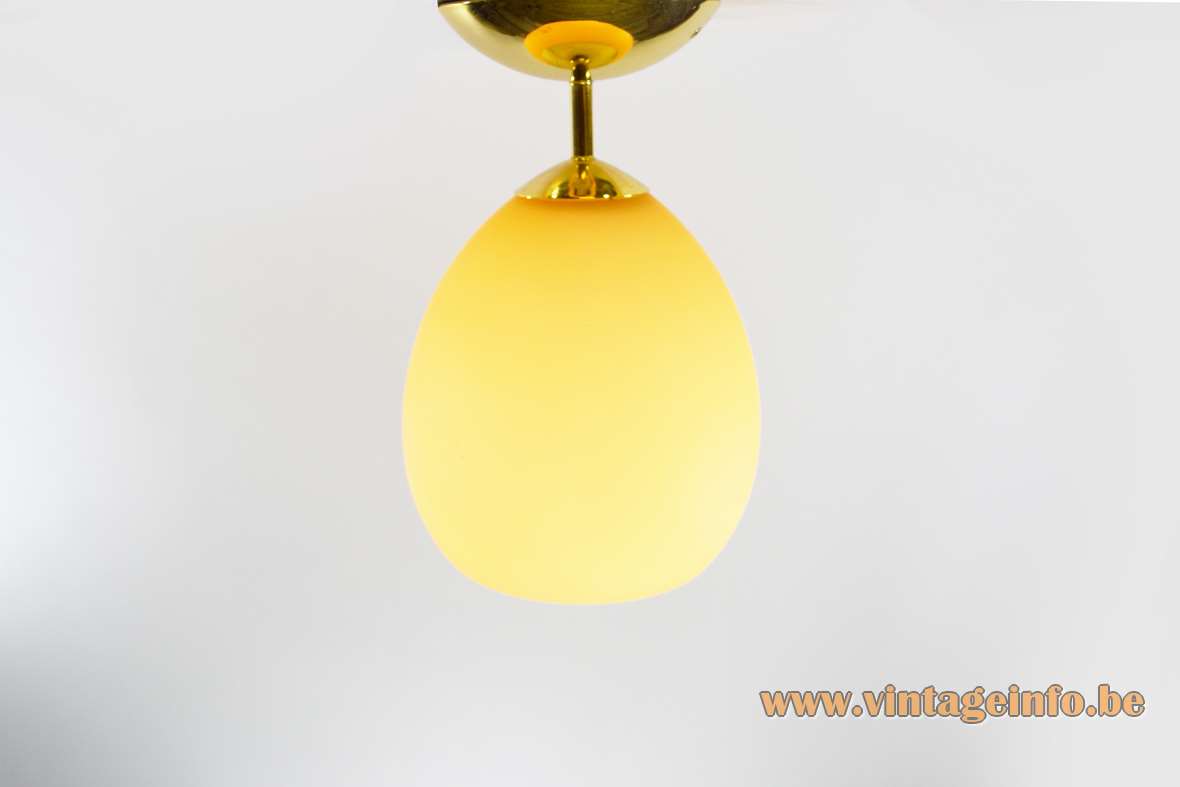 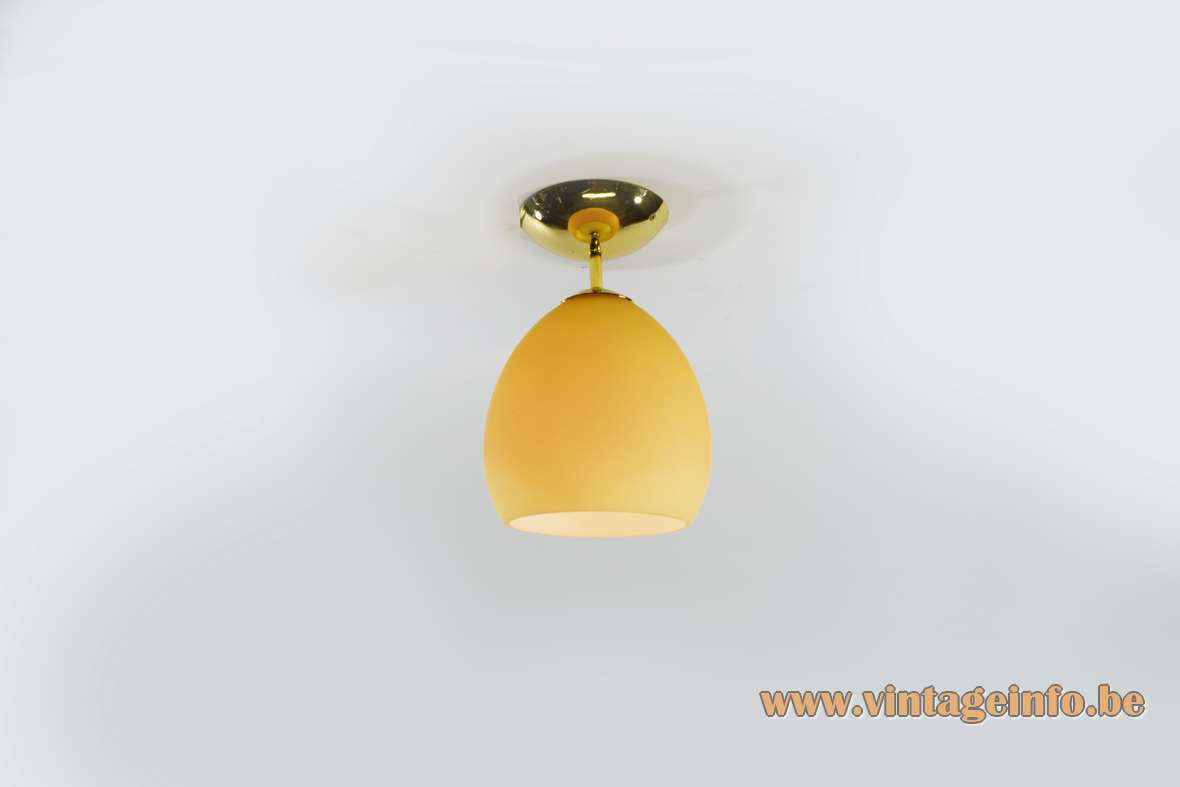 Other versions: The Leucos Golf PL flush mount was made for many years. It is out of production since 2019. Only pendant lamps and wall lamps can be found on the Leucos website. But presumably it still can be found for sale on several websites.

Today (2019) lamps made of clear frosted en mirror glass with chrome versions are made. In the past, blue, orange, red and white versions were also produced.

The Leucos company was founded in 1962 in Scorzè in the outskirts of Venice. Later they moved to the neighbourhood of Salzano, some 25 kilometres from the legendary city. Leucos soon became an important producer in glass decorative lighting.

Leucos Golf lamps in the 2002 catalogue 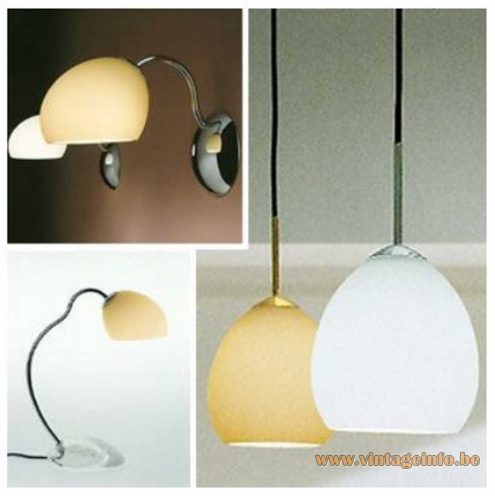