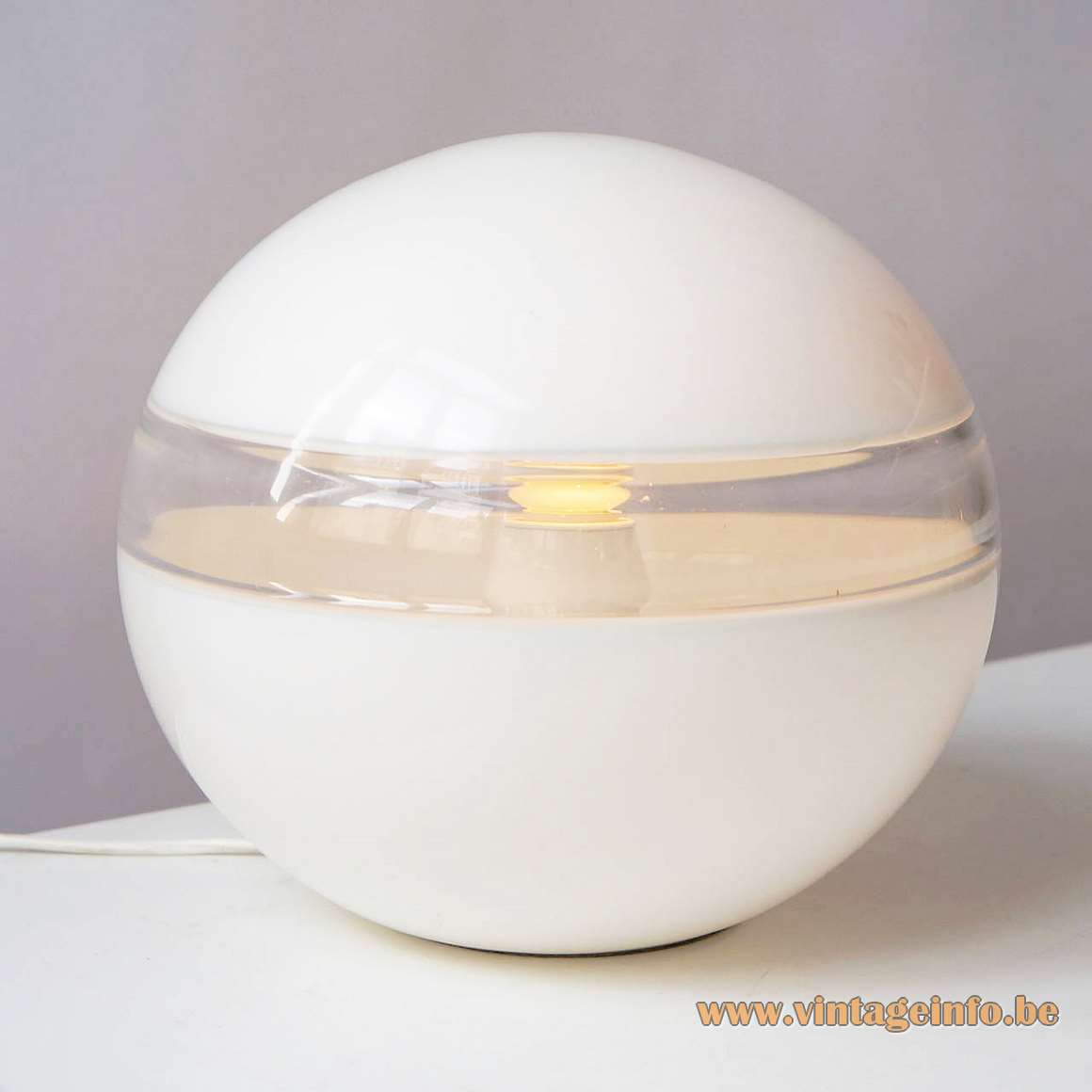 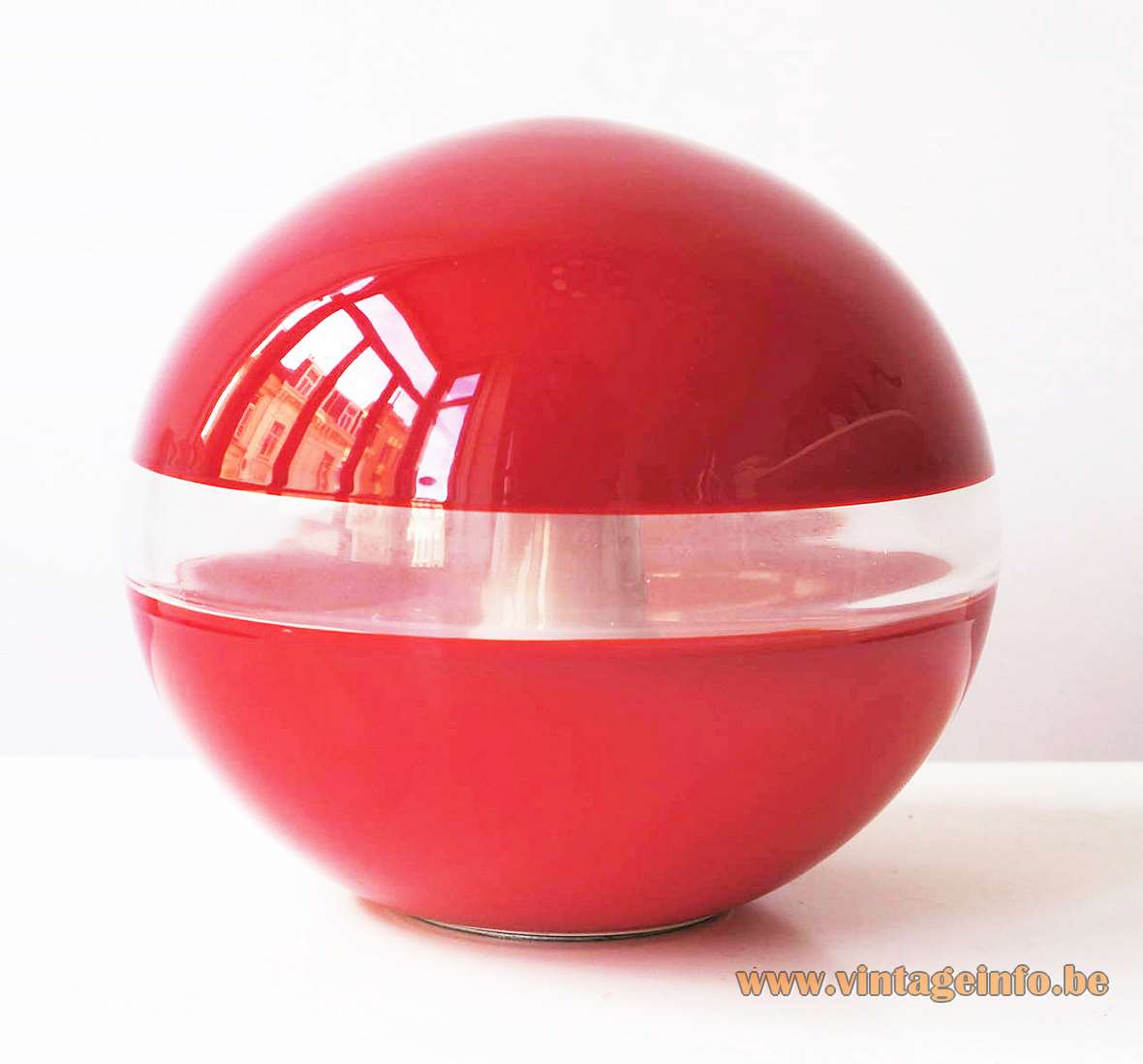 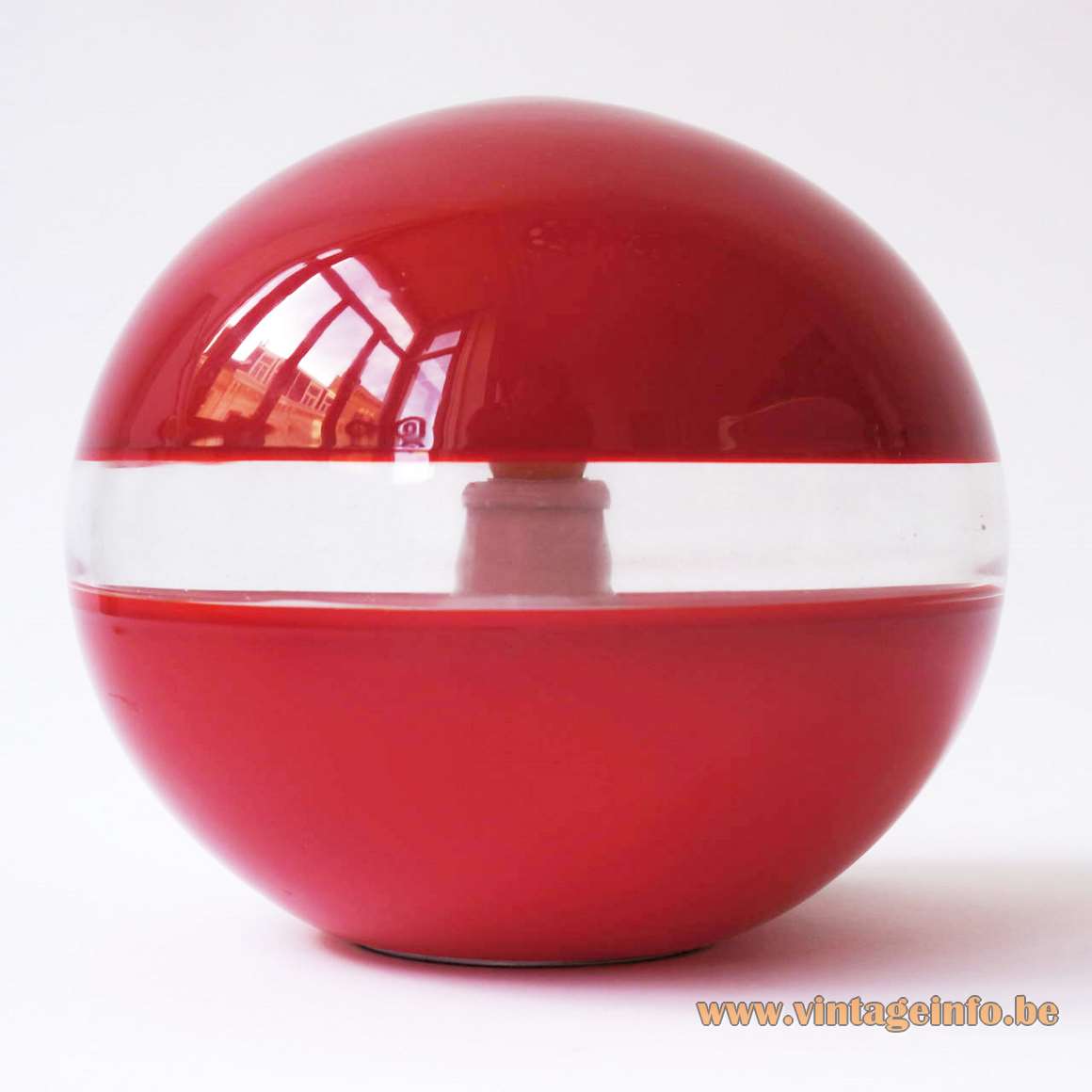 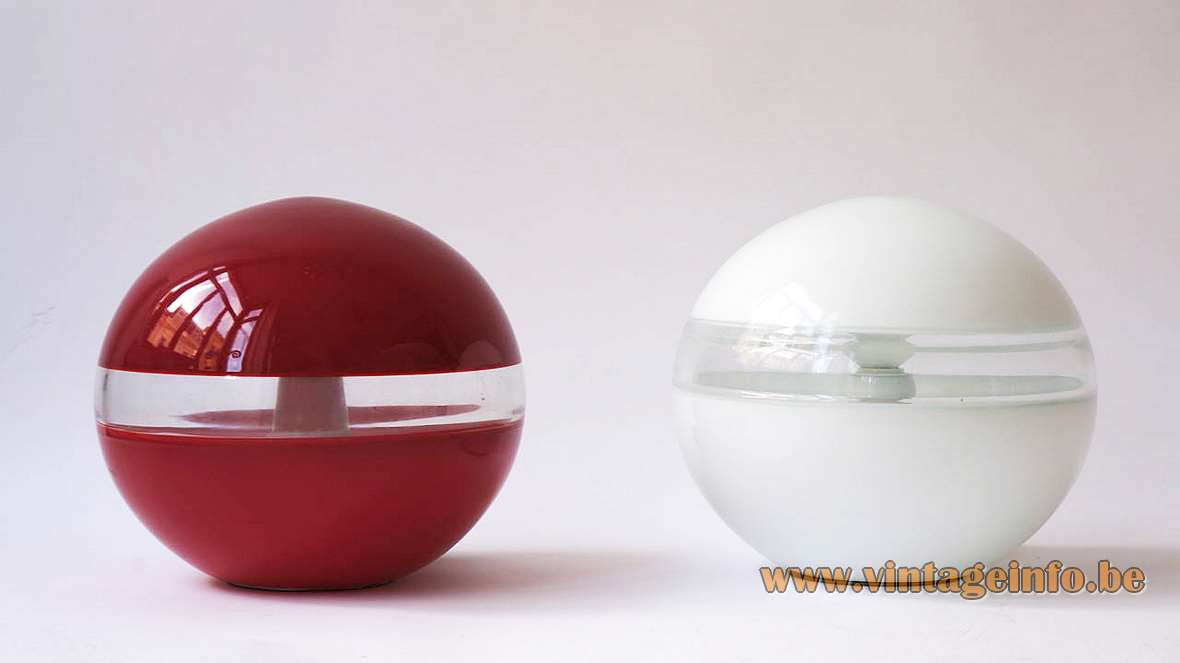 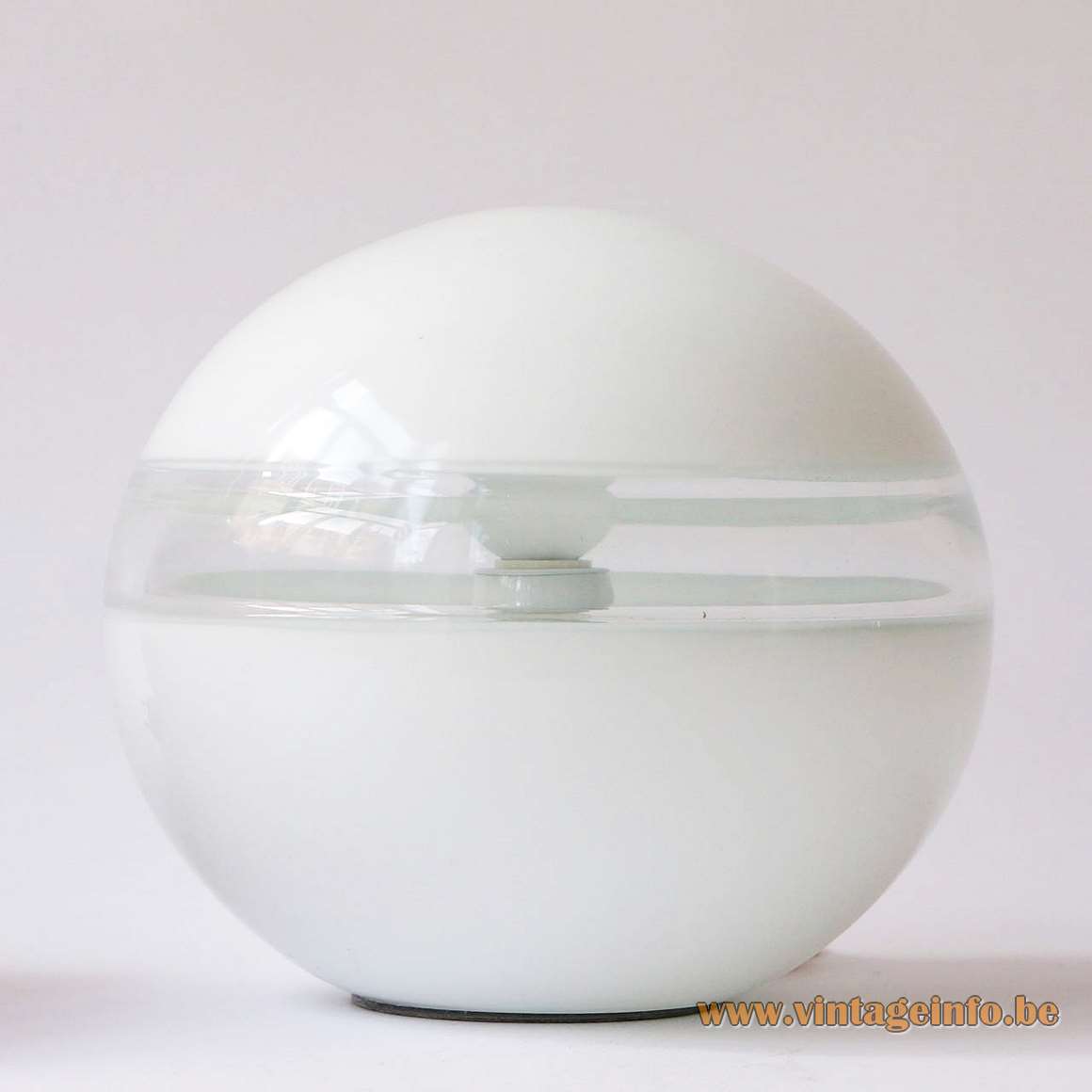 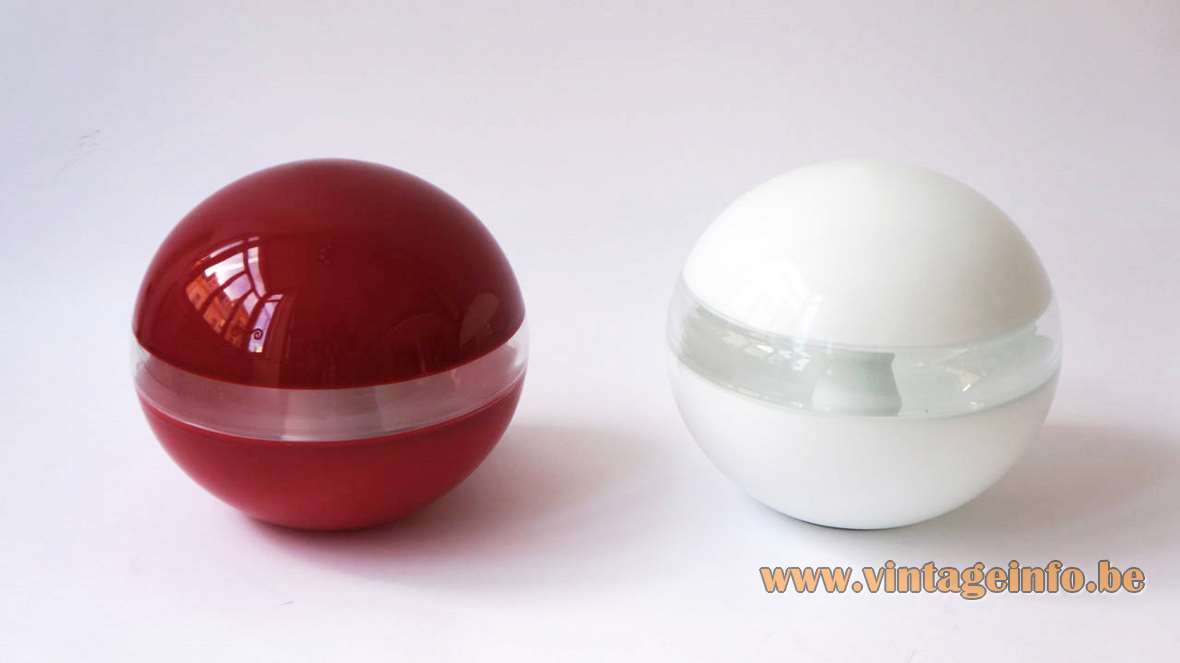 Red & blue AV Mazzega globe table lamps were used as a prop in the famous French comedy L’Aile ou la Cuisse (The Wing or the Thigh) from 1976, with Louis De Funès and Coluche. Here left and right in the control room of the Tricatel factory.

Other versions: These AV Mazzega red & white globe table lamps exists in white, blue and red. Possibly also made in other colours, but never spotted one. Model LT231.

He quickly started to collaborate with other glass workshops, with special attention for modern design and achieving a combination of technique and craftsmanship which characterizes all his projects. Carlo has always shown an attitude for innovation without loosing his tradition.

In 1975 he founded his own company iTRE. Since 2002 the company is owned by FDV Group S.p.A., better known as LEUCOS. Many well known designers worked for the iTRE company.

Not only is he a designer, He is also passionate about photography, in the 60s and 70s he has won numerous competitions.

Carlo’s work can be found in several museums. The Museum of Modern Art  MoMA in New York, USA, the Triennale Design Museum in Milan, Italy. The Corning Museum of Glass in New York has a large collection of his works.