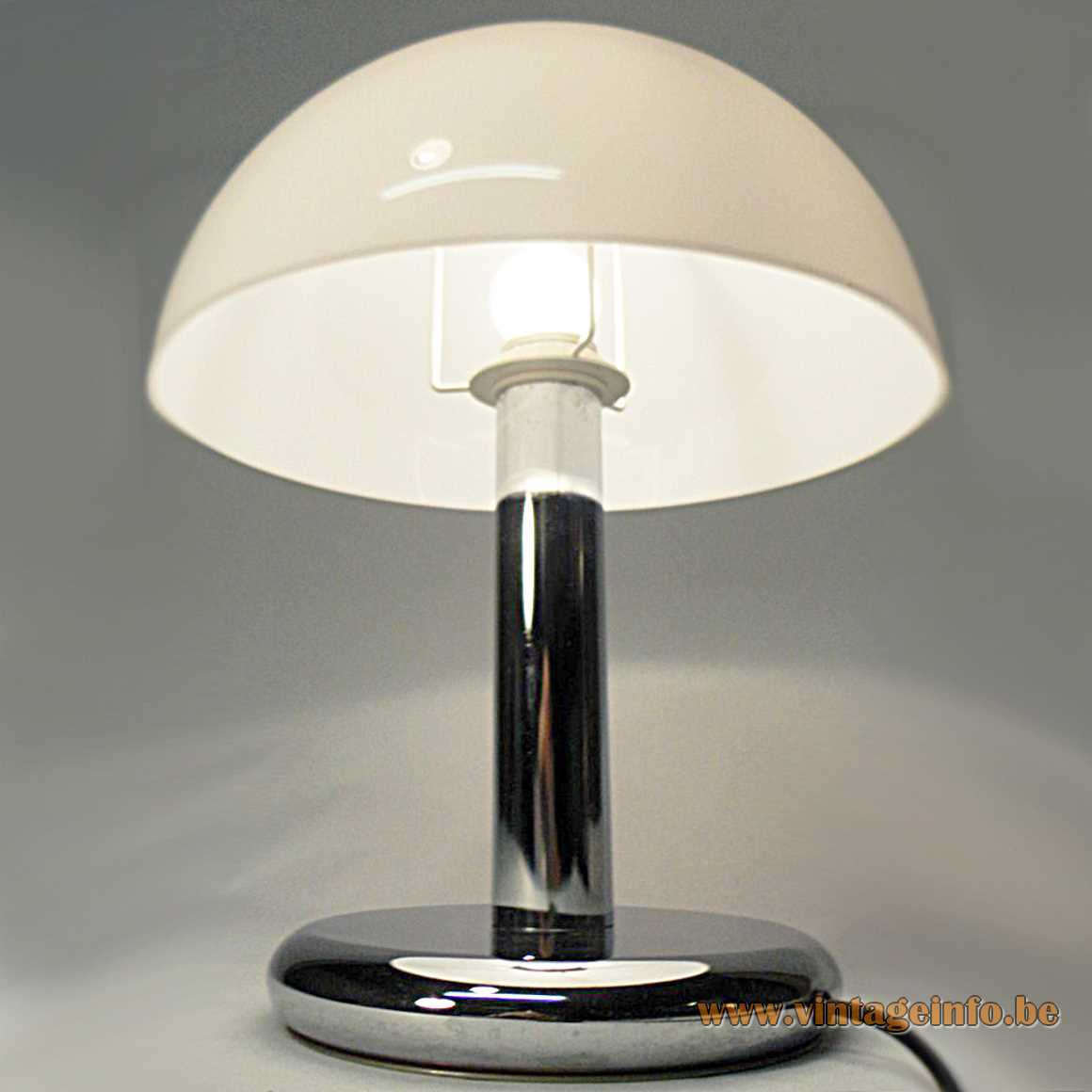 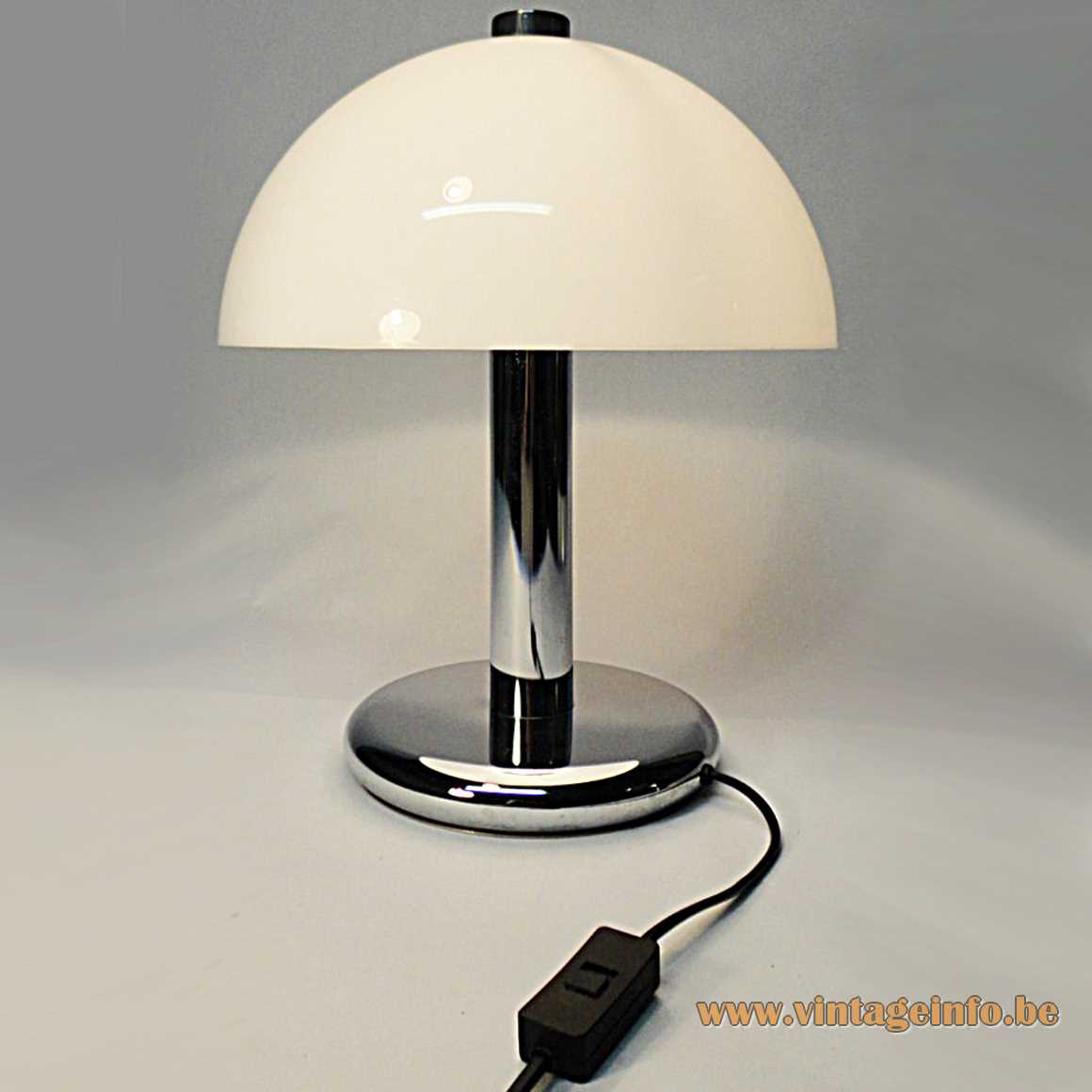 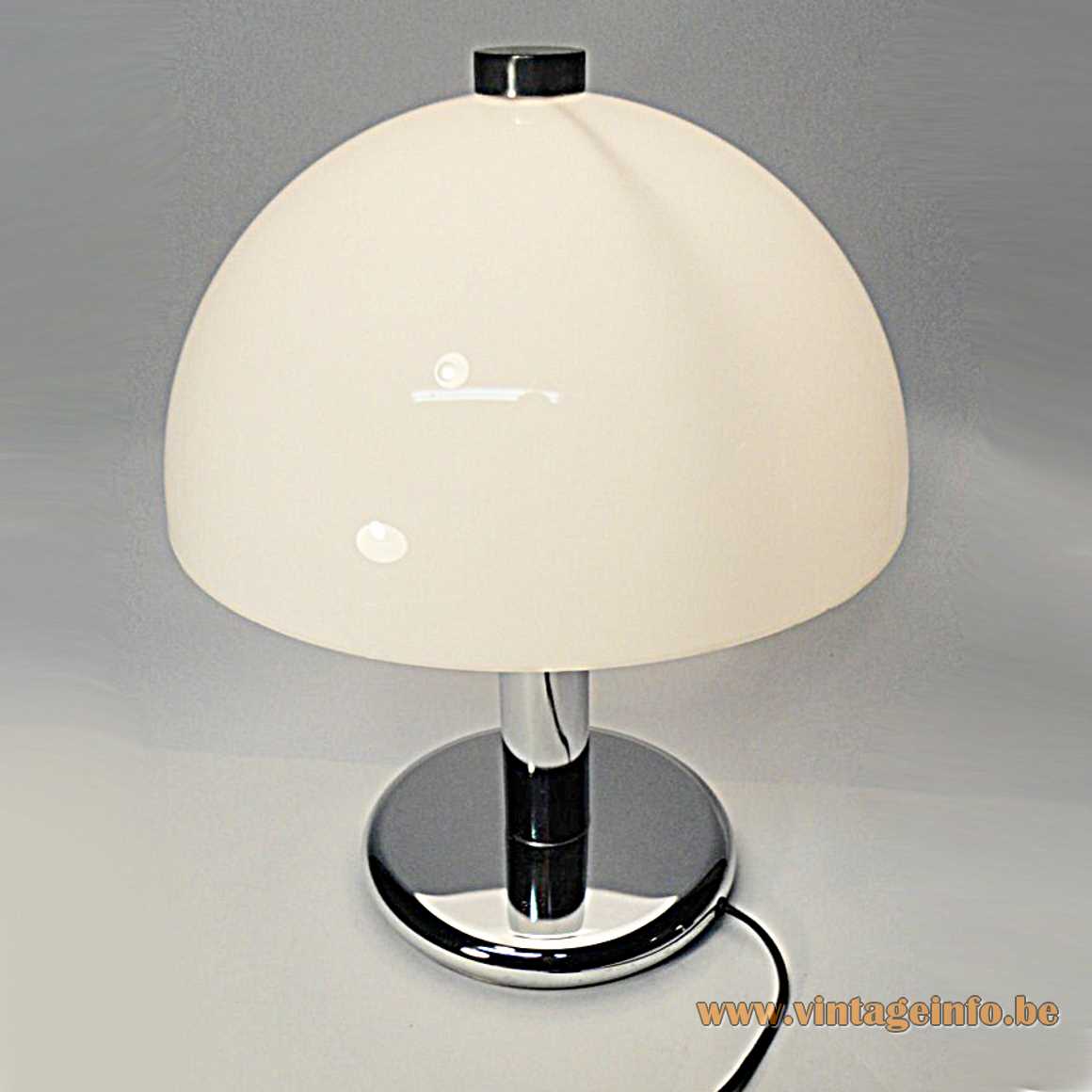 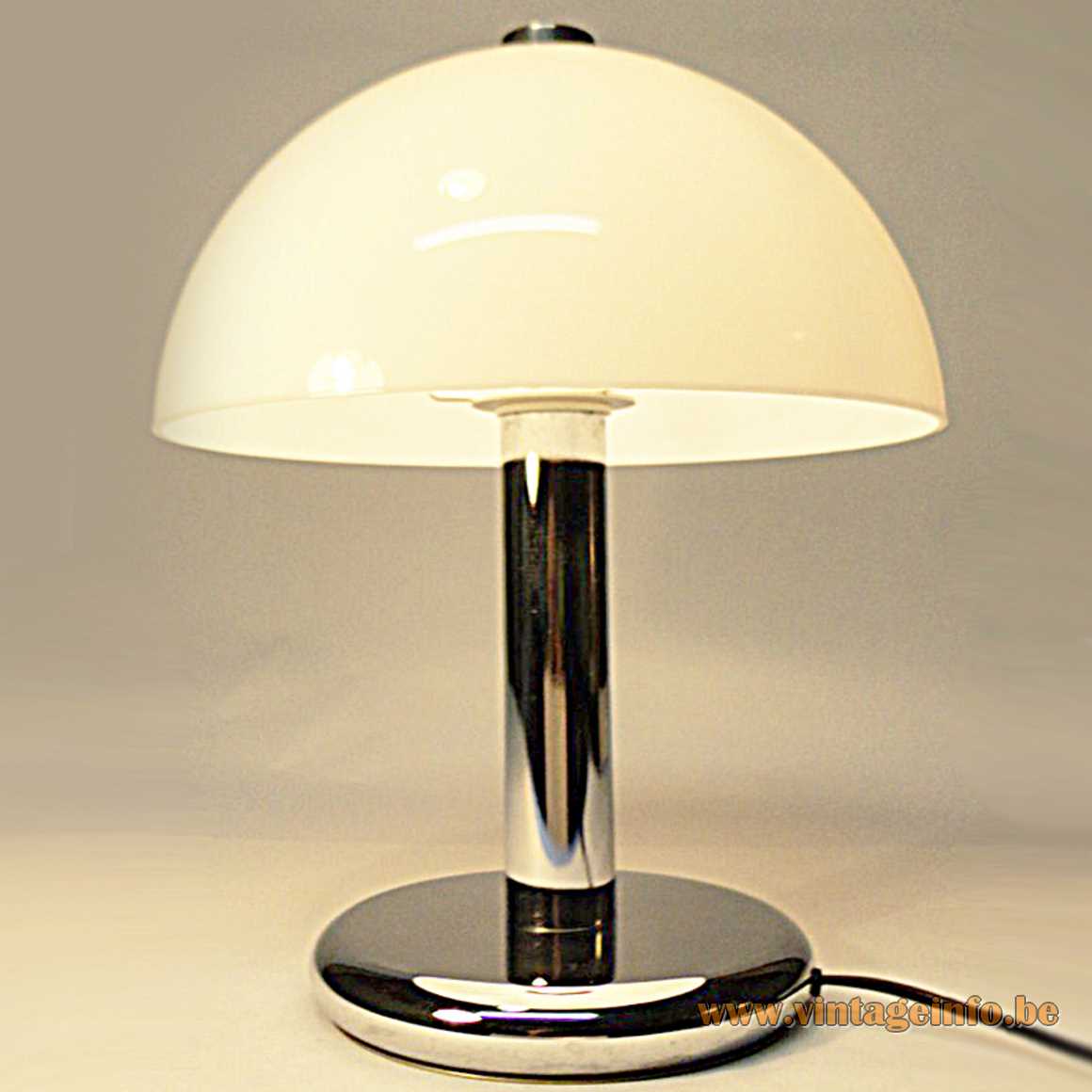 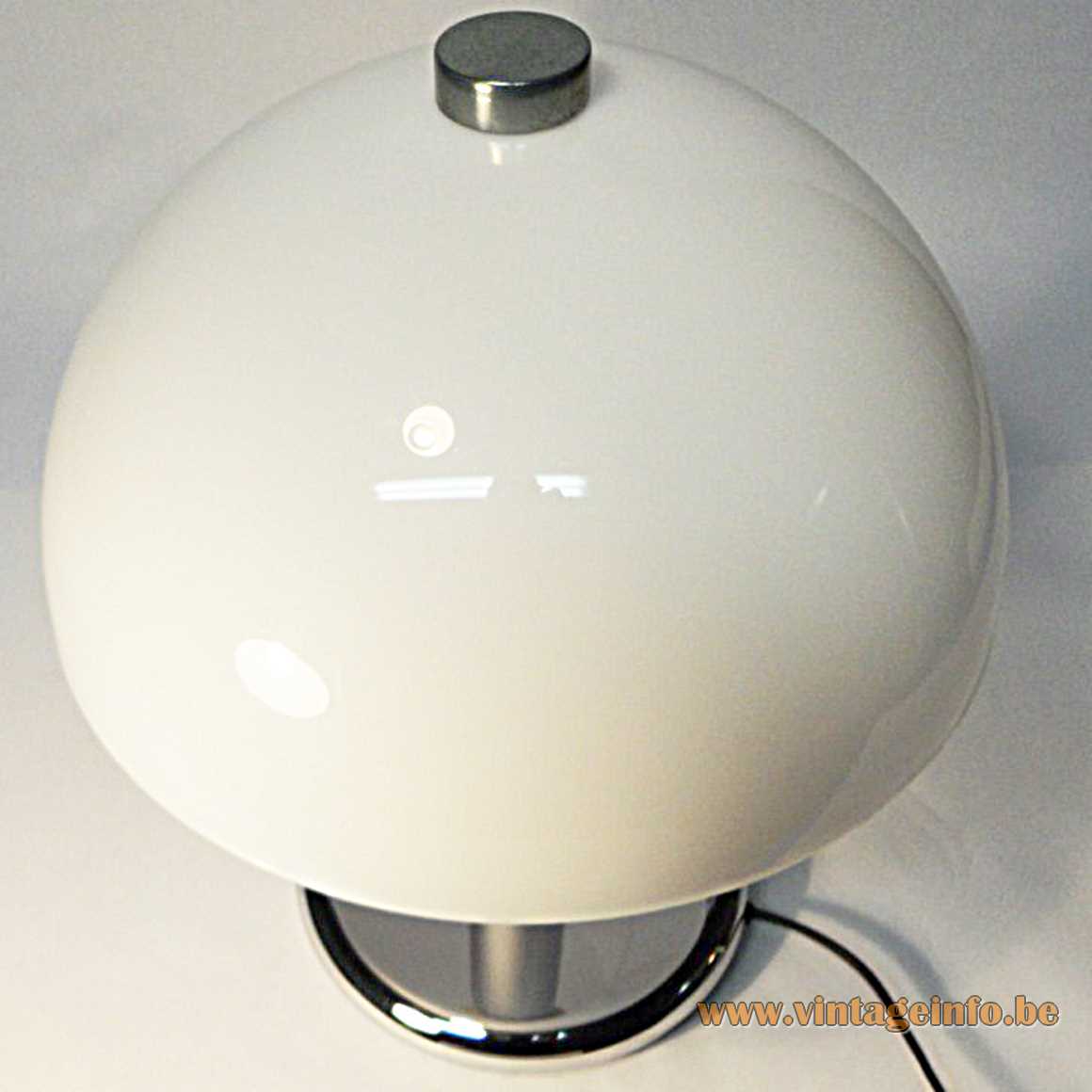 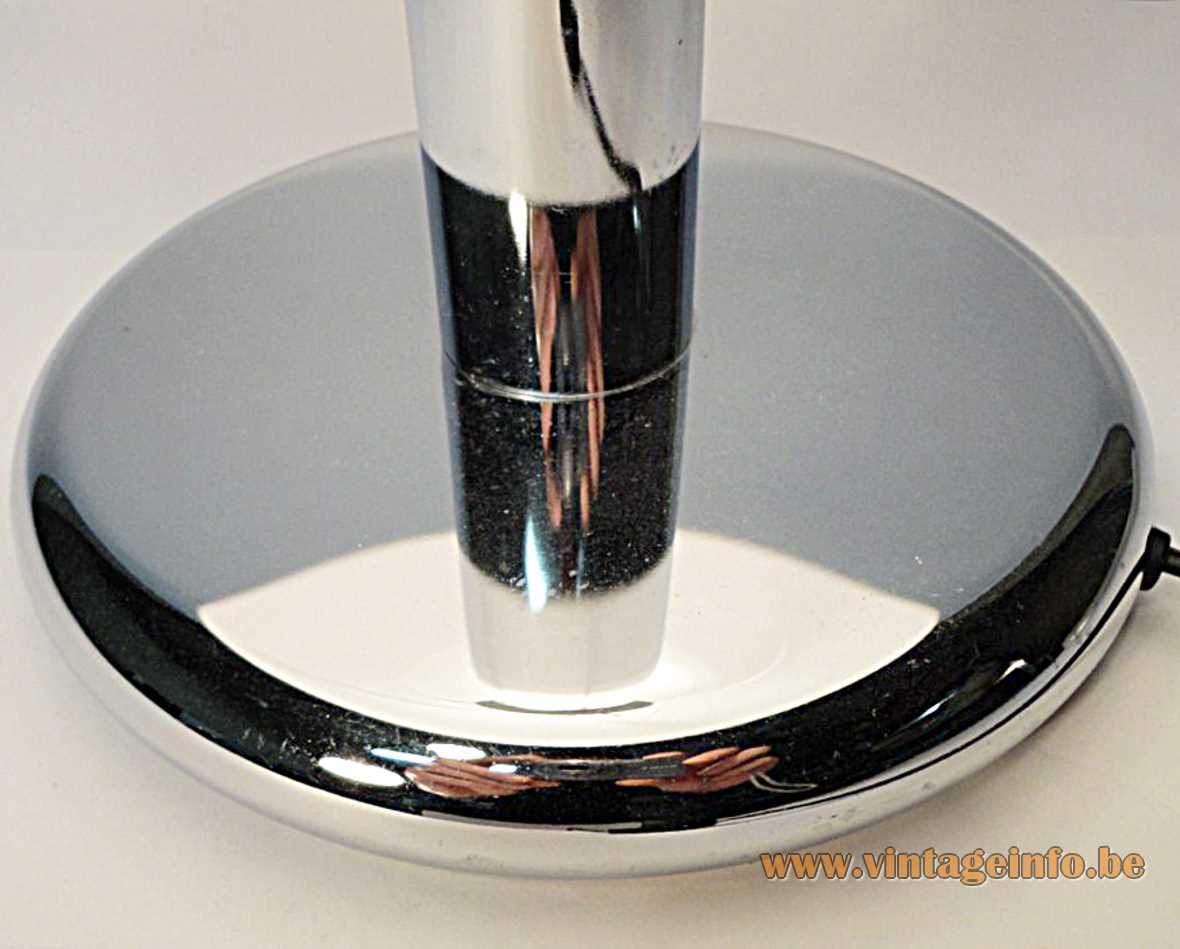 Electricity: 1 bulb E27, 1 x 60 watt maximum,  110/220 volt.
Any type of light bulb can be used, not a specific one preferred. However, clear bulbs creates stripes on white lampshades.

Other versions: This acrylic & chrome mushroom table lamp was also made in a white and brown painted base. Aso made as a big floor lamp and a wall lamp. These lamps were produced until the 1990s. This table lamp is from the 1990s, as seen at the switch.

Wall lamp from this series of lamps