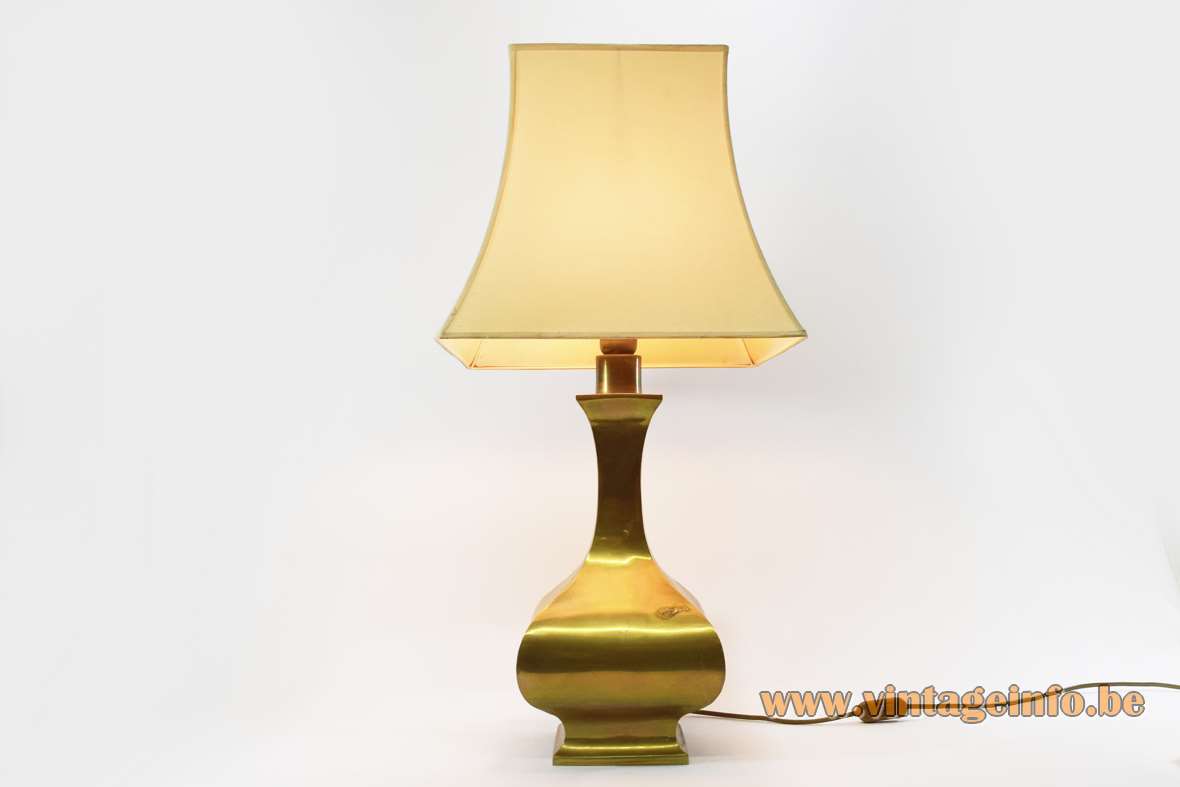 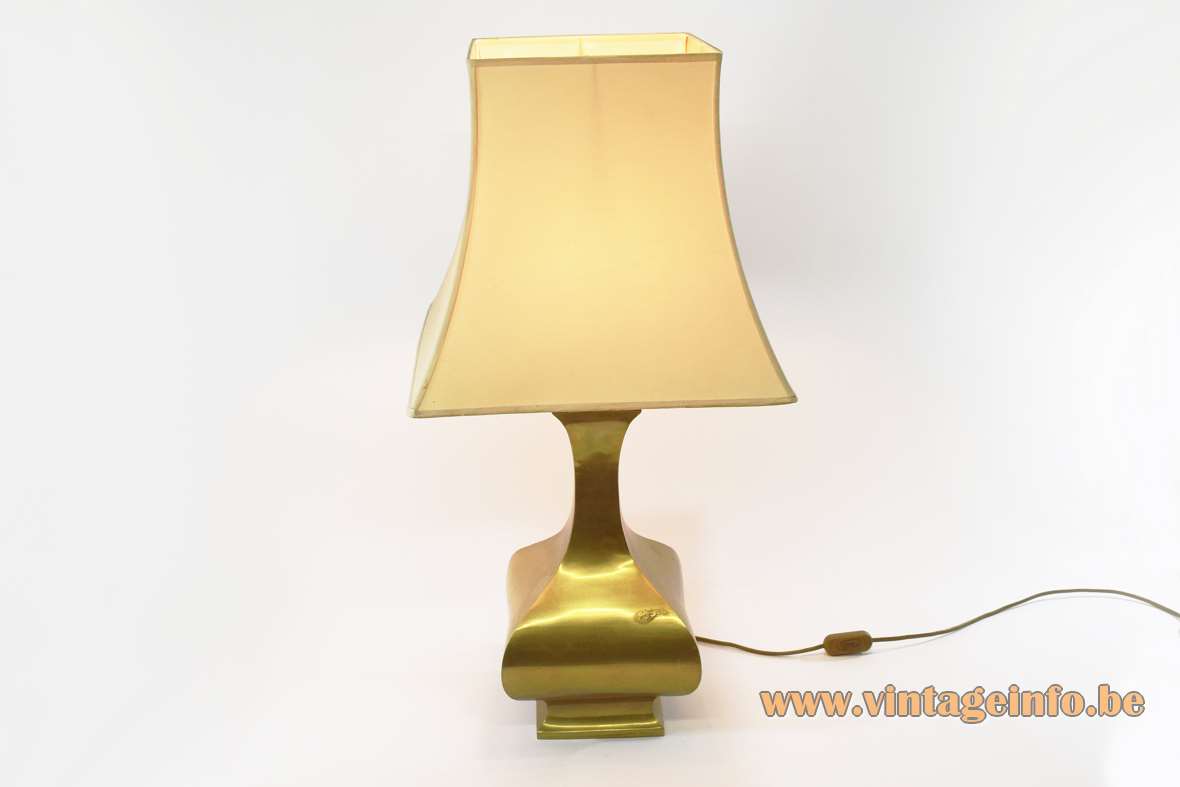 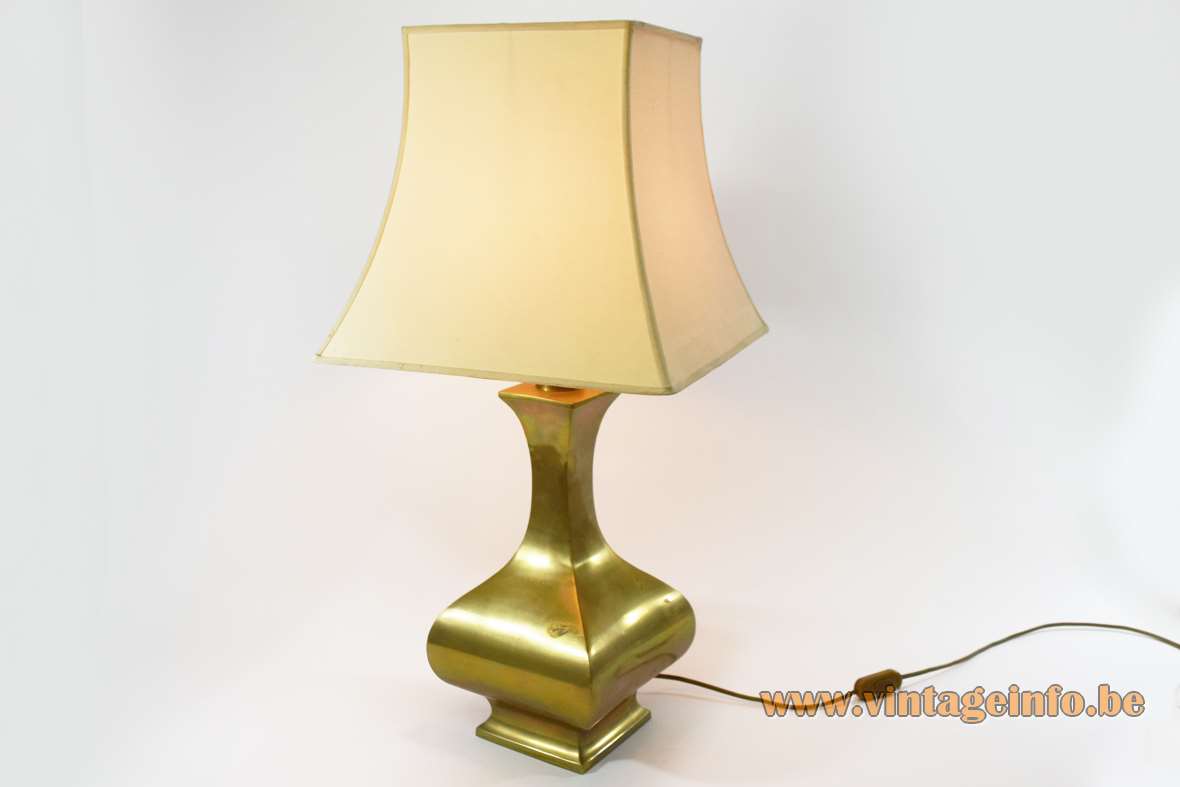 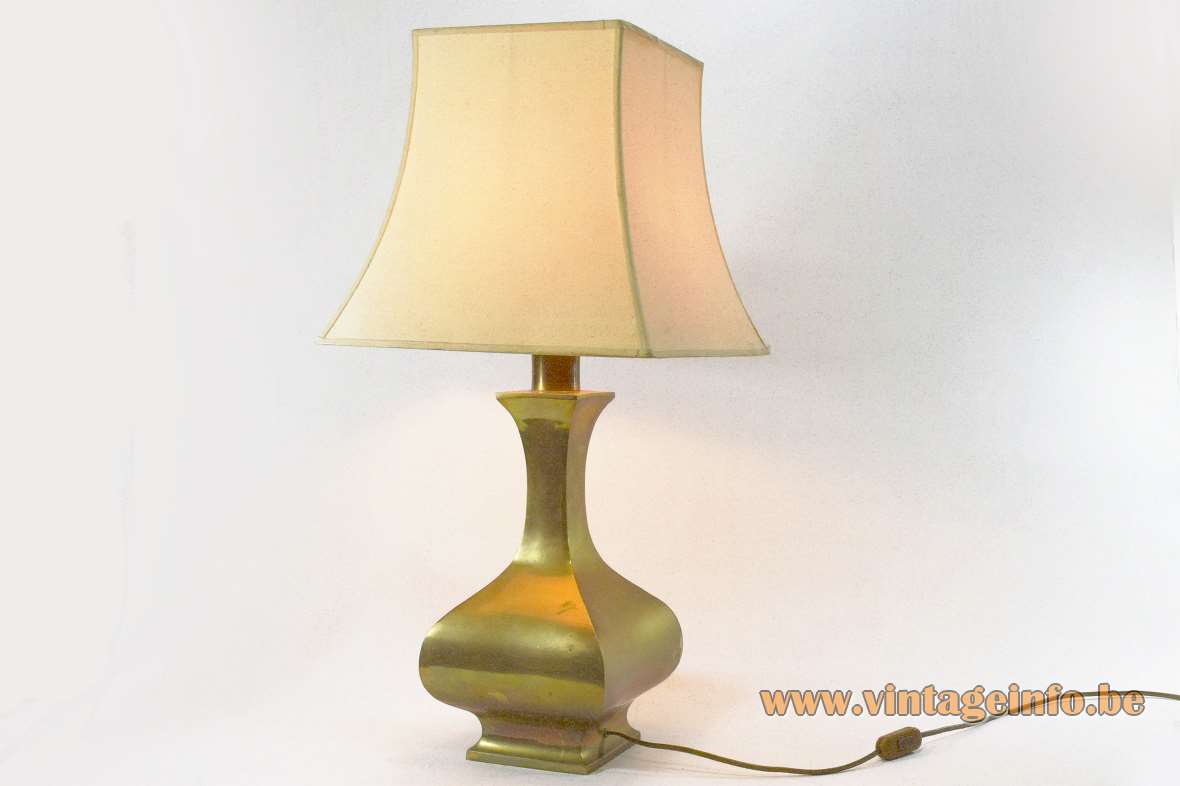 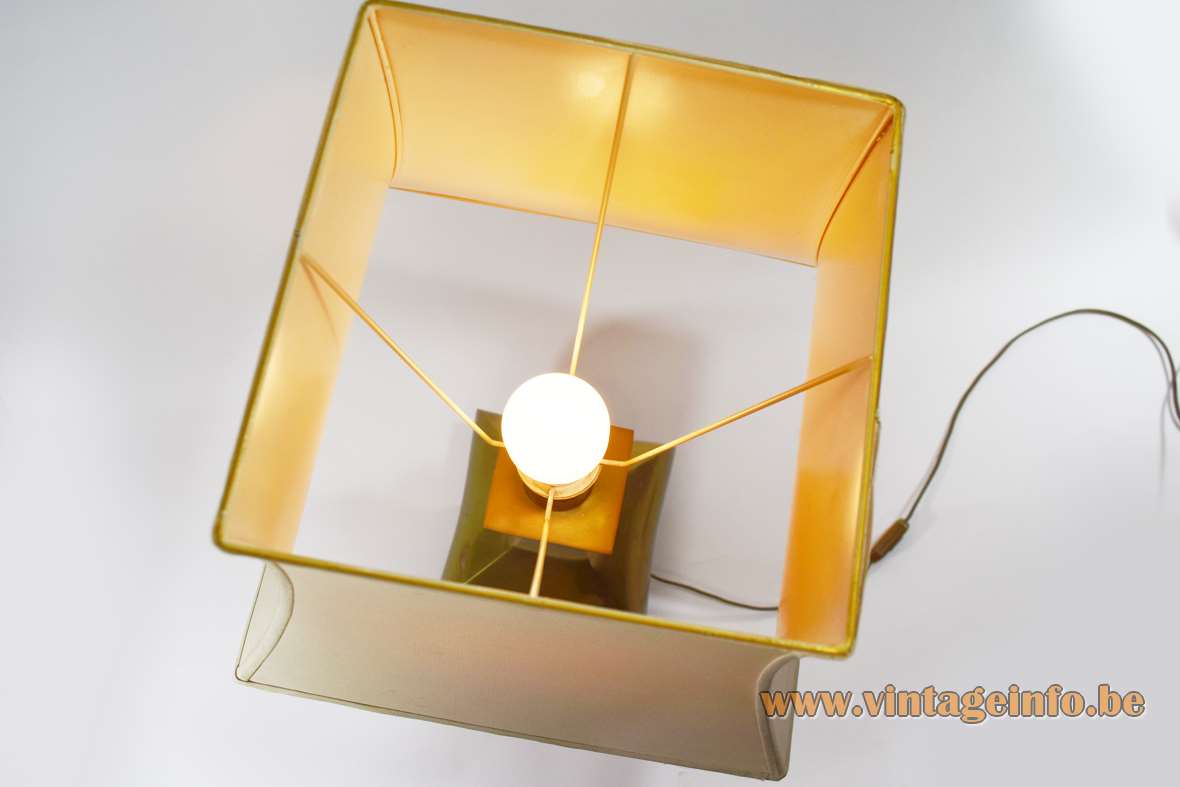 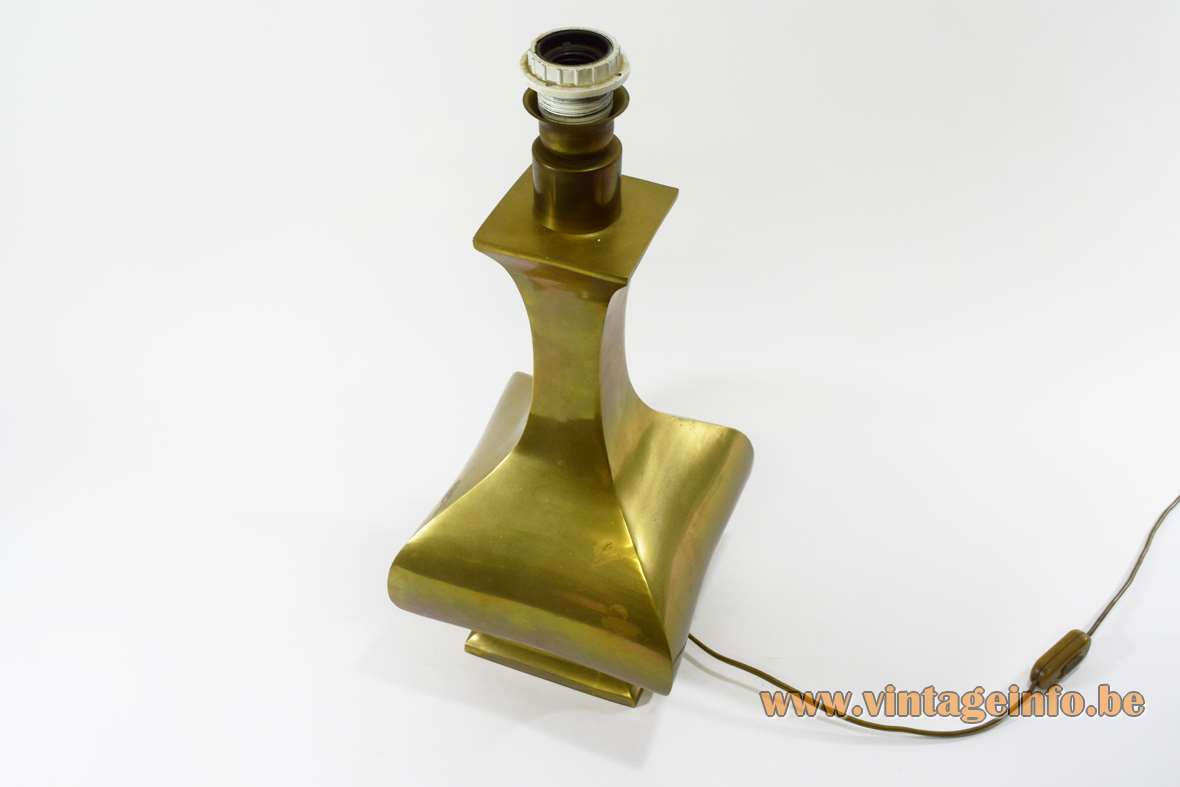 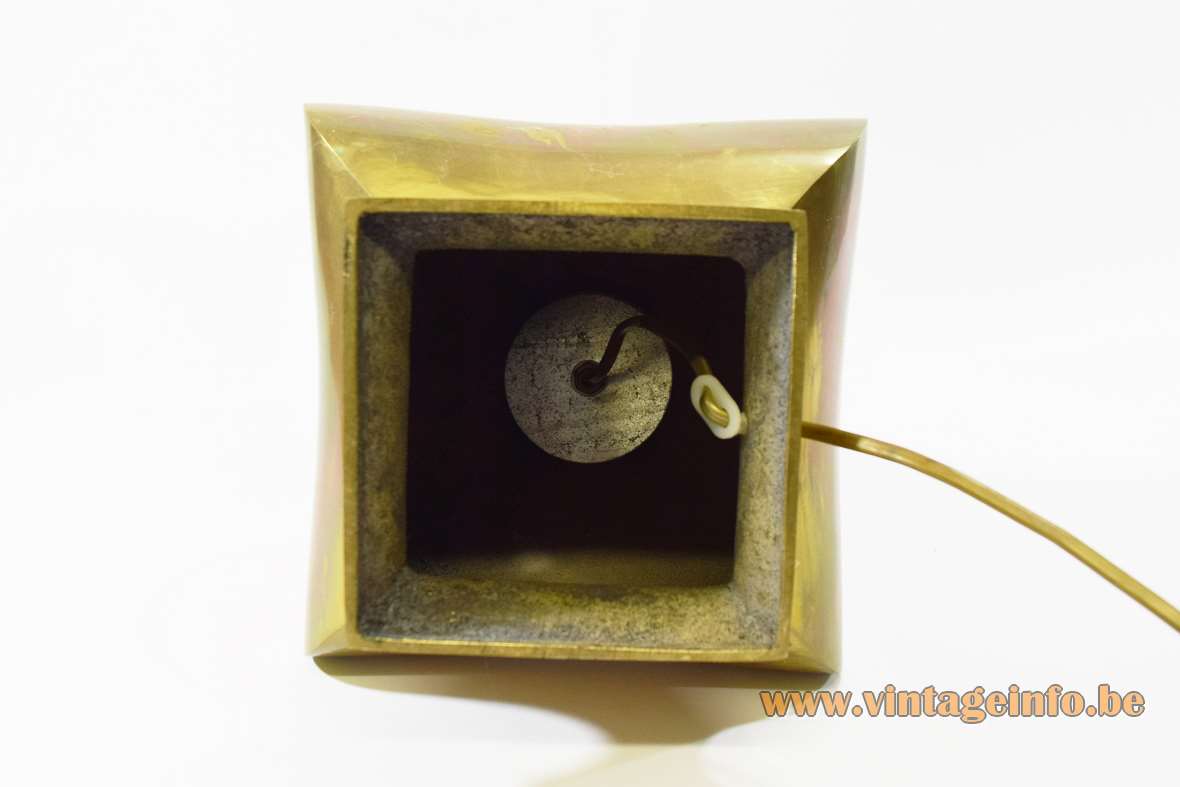 Materials: Square curved cast convex brass base with a concave neck, made in 1 piece. Metal roundel and rod inside the base. Brass ornamental tube around the socket. Fabric pagoda lampshade. White painted Bakelite E27 socket.

Other versions: This Il Punto style table lamp exists in several sizes. All made in cast brass.

Made in the style of the Aran table lamp designed by Ciangiacomo for Il Punto La Bottega, Florence, Italy. The Aran is made of soldered brass plates and therefore much lighter than this one. Also the dimensions are different. Often said it is a design of Maria Pergay, France, but that is not true.

The switch and plug of this table lamp were made by VLM Components from Italy in the late 1970s, early 1980s.