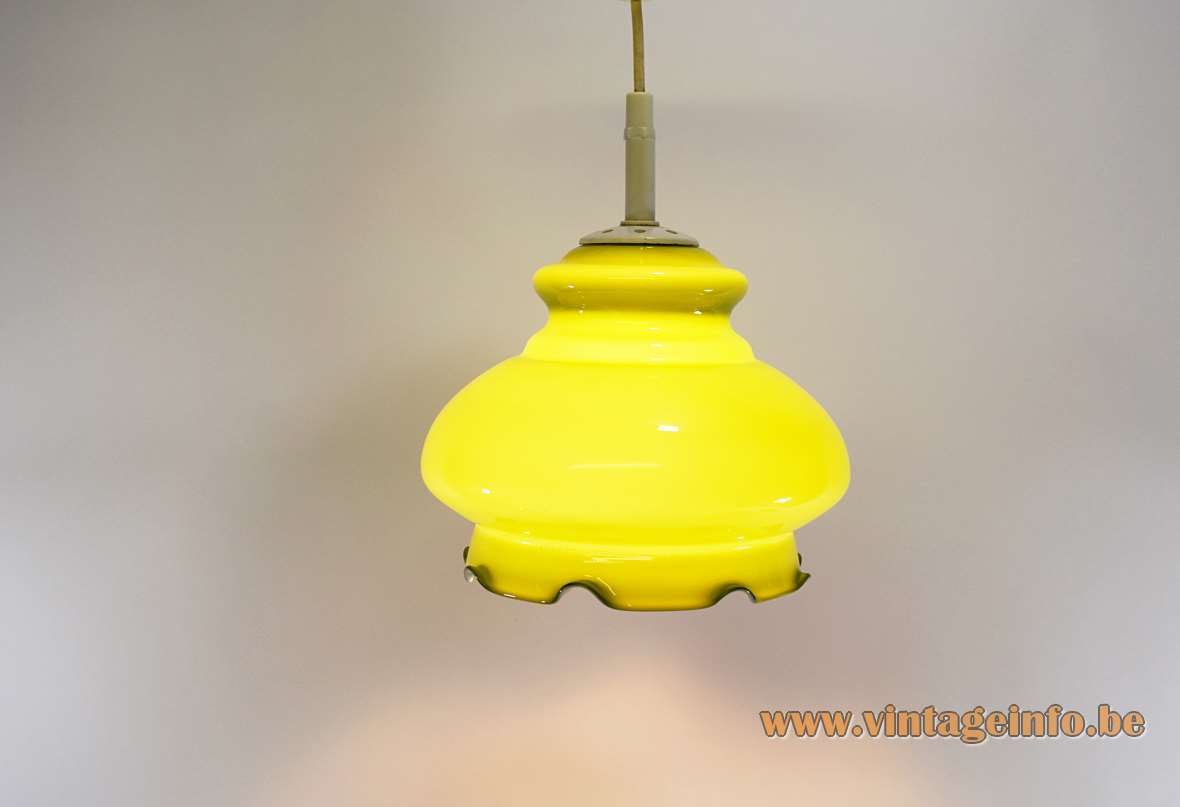 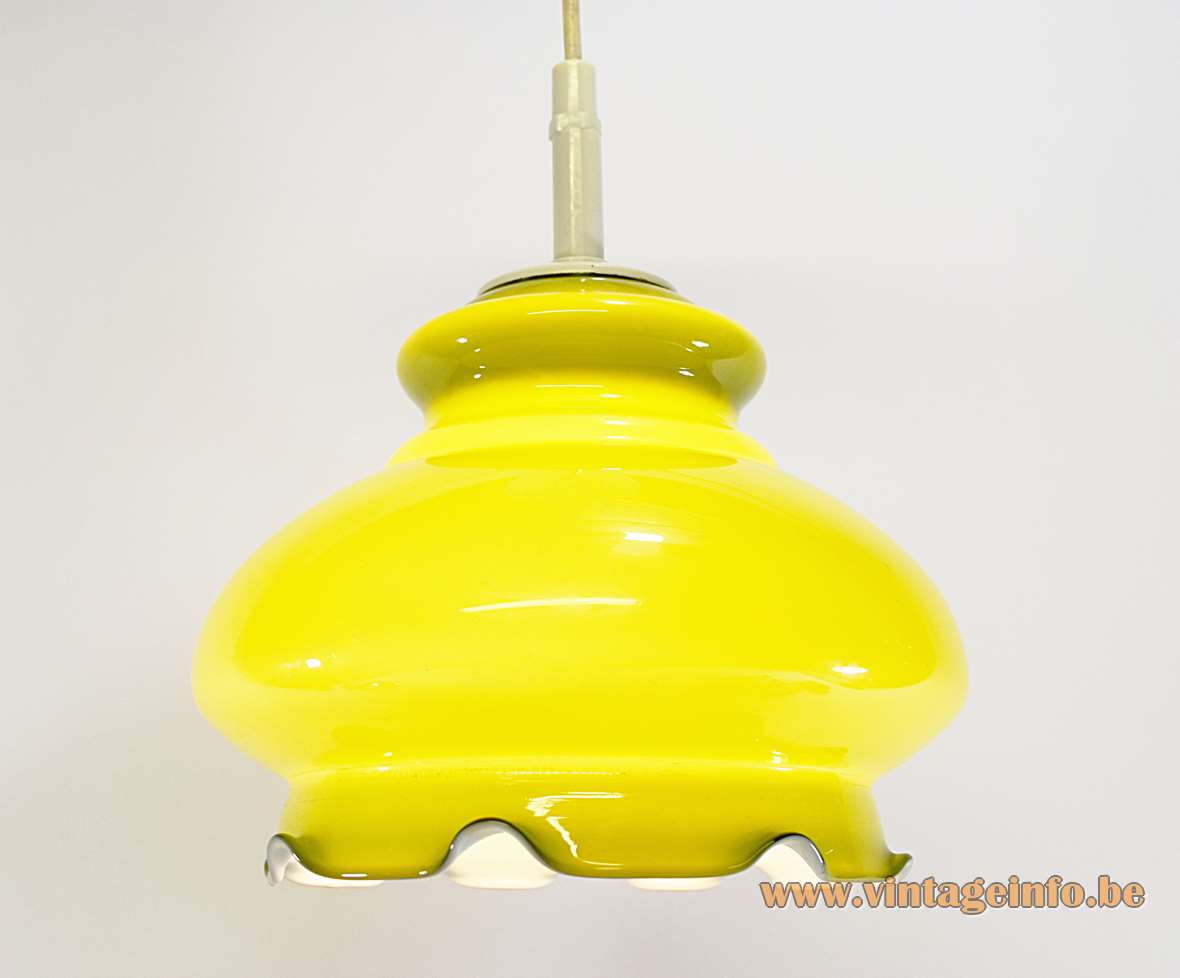 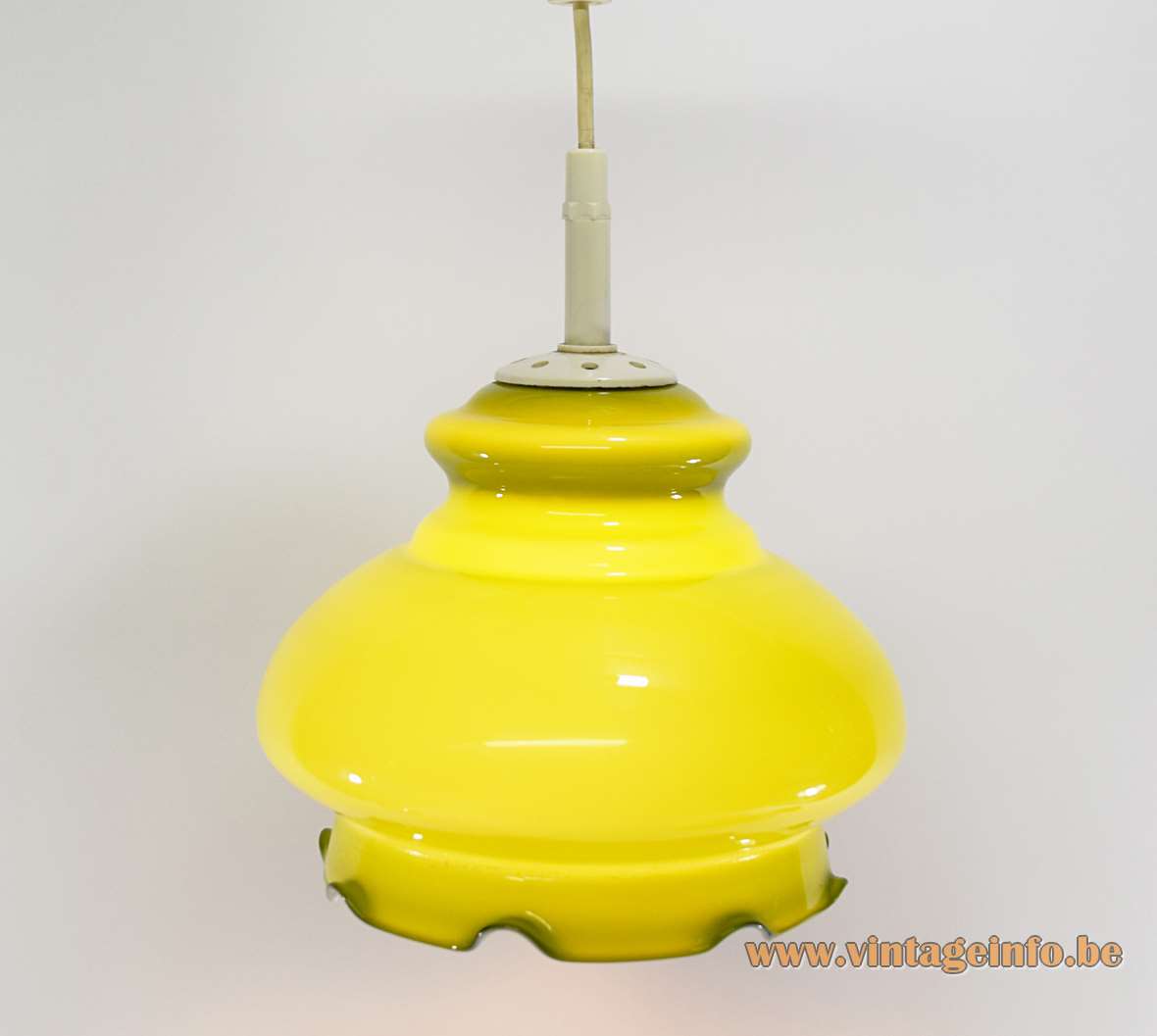 Electricity: 1 bulb E27, 1 x 75 watt maximum, 110/220 volt.
Any type of light bulb can be used, not a specific one preferred. Clear bulbs creates stripes in the glass when lit. Frosted or white bulbs gives the best result with these type of lamps.

Other versions: This Peill + Putzler green-yellow pendant lamp was made in many colours and sizes.

These type of pendant lamps are often named “Fazzoletto” lamps. It is the Italian word for handkerchief. The Fazzoletto vase is a design by Fulvio Bianconi (1948 – 2016) for Venini. Others say that it looks like a bell or a tutu.

This pendant lamp is olive green when not lit, yellow/lime when lit.

Vetro Doublé: an object made of two layers of glass normally of two different colours. In this case olive green and white glass. 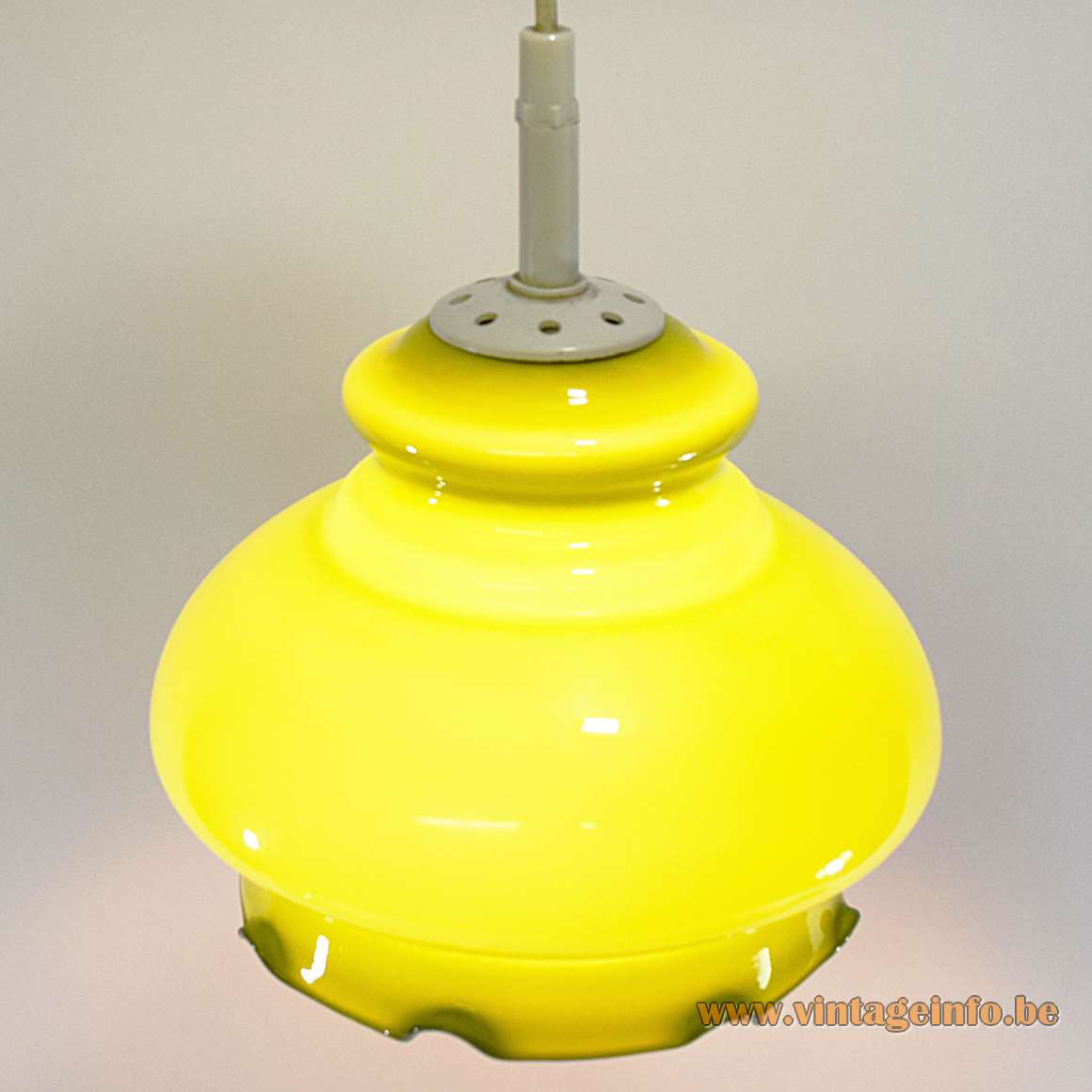