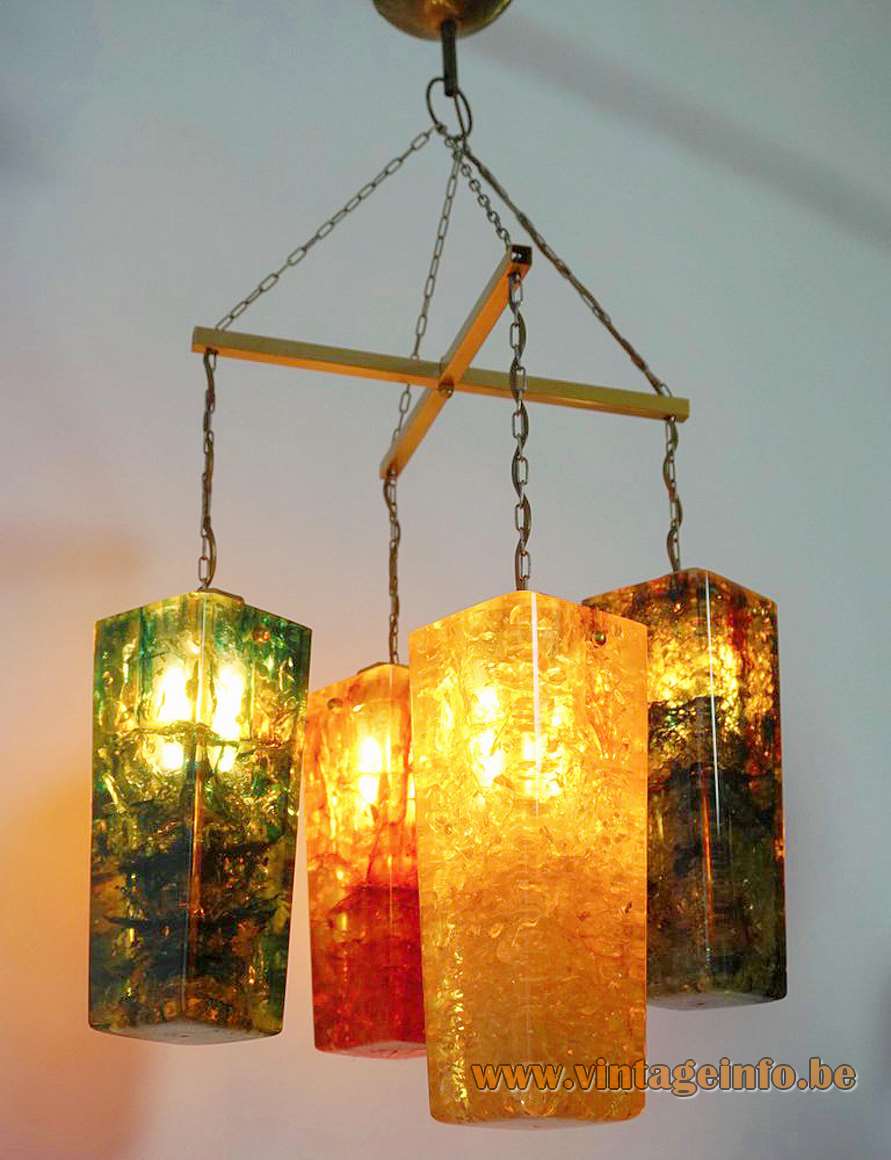 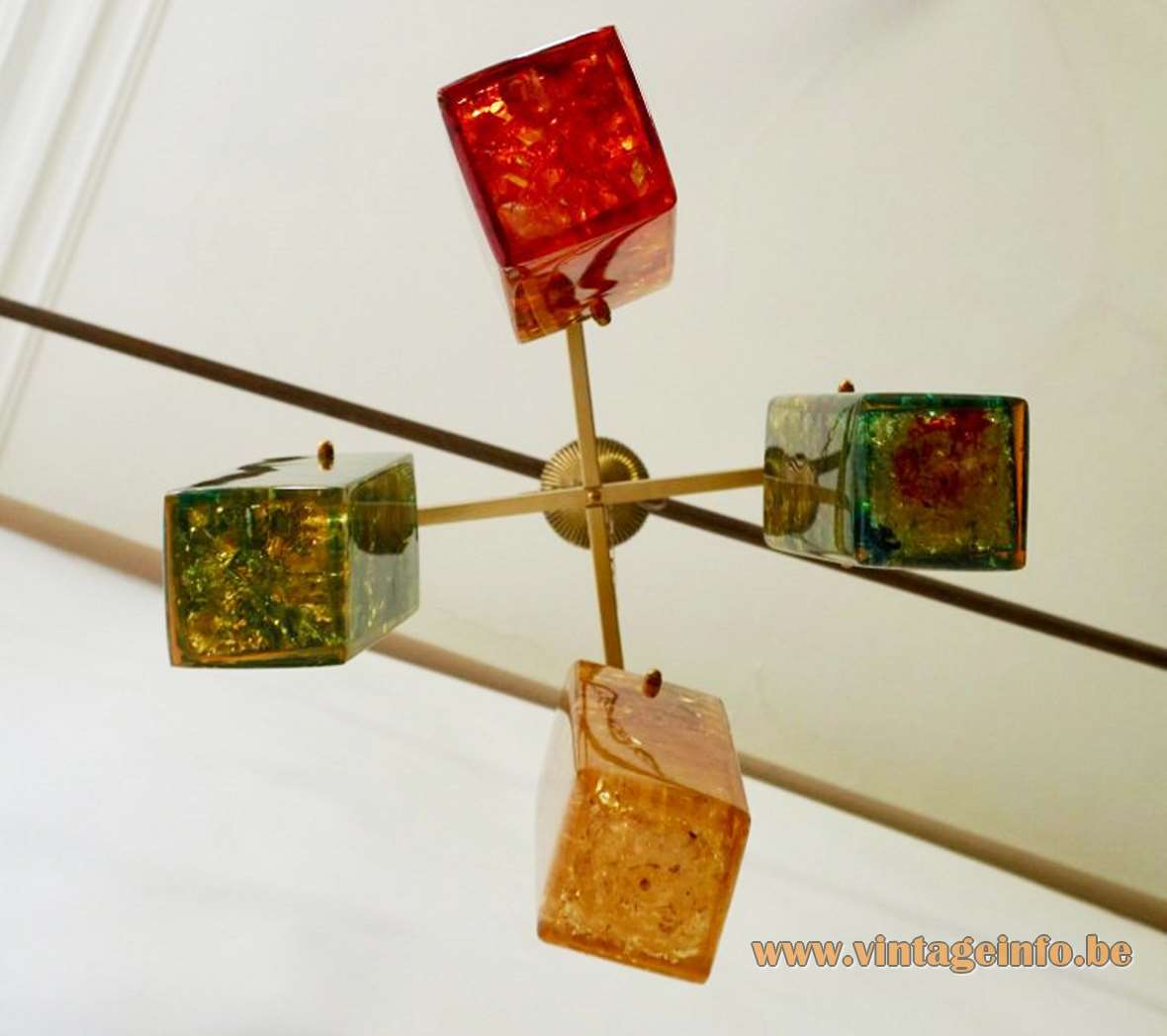 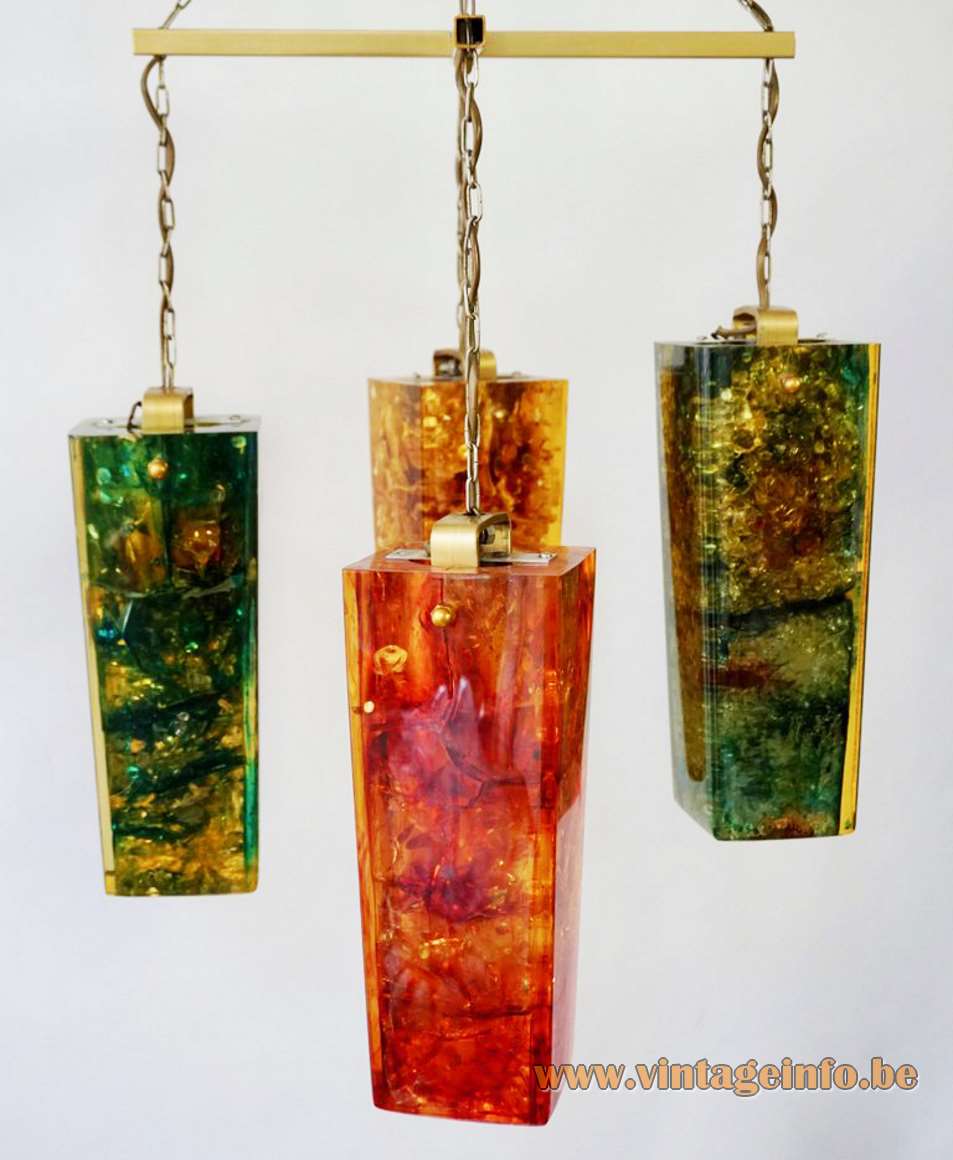 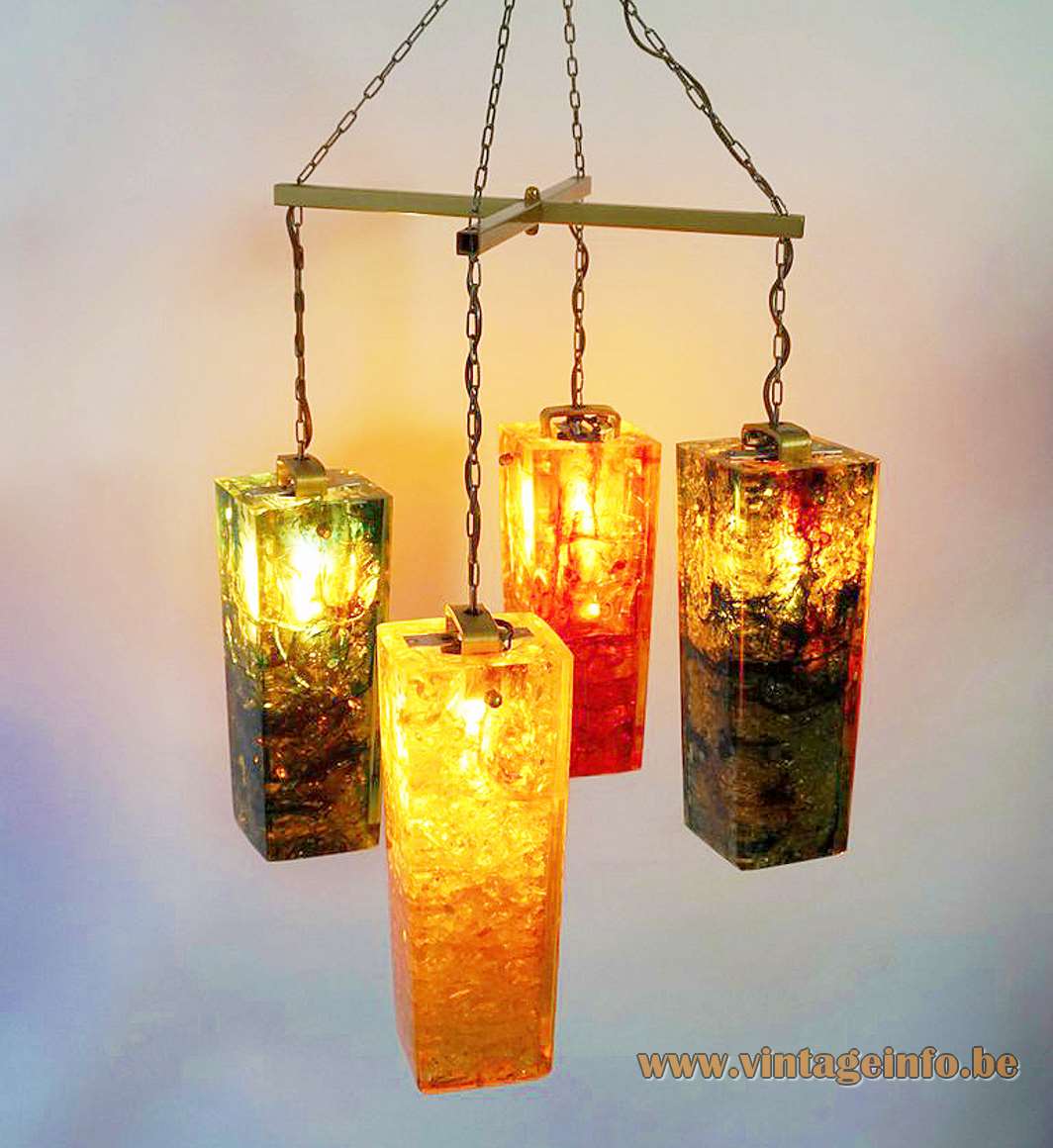 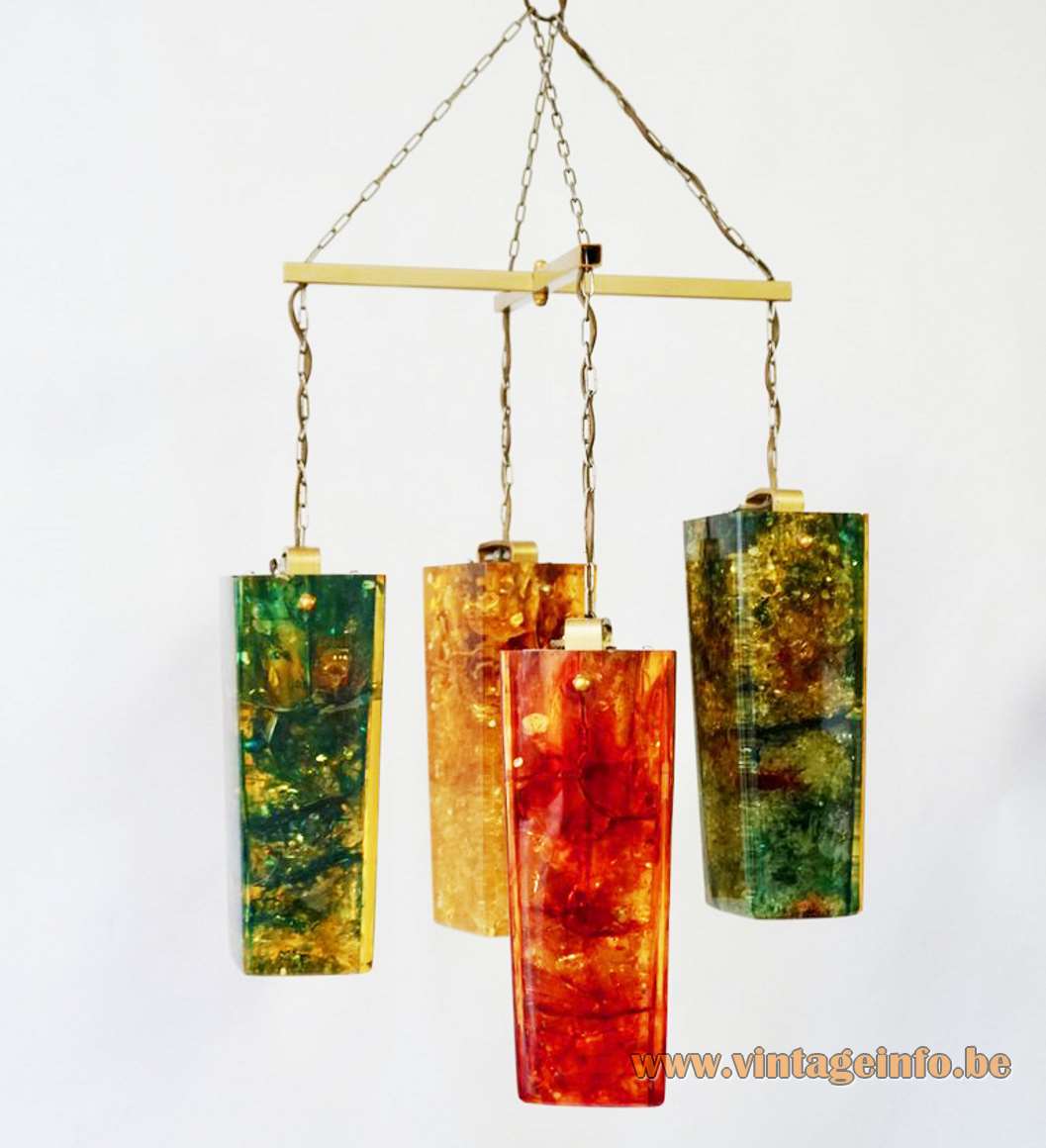 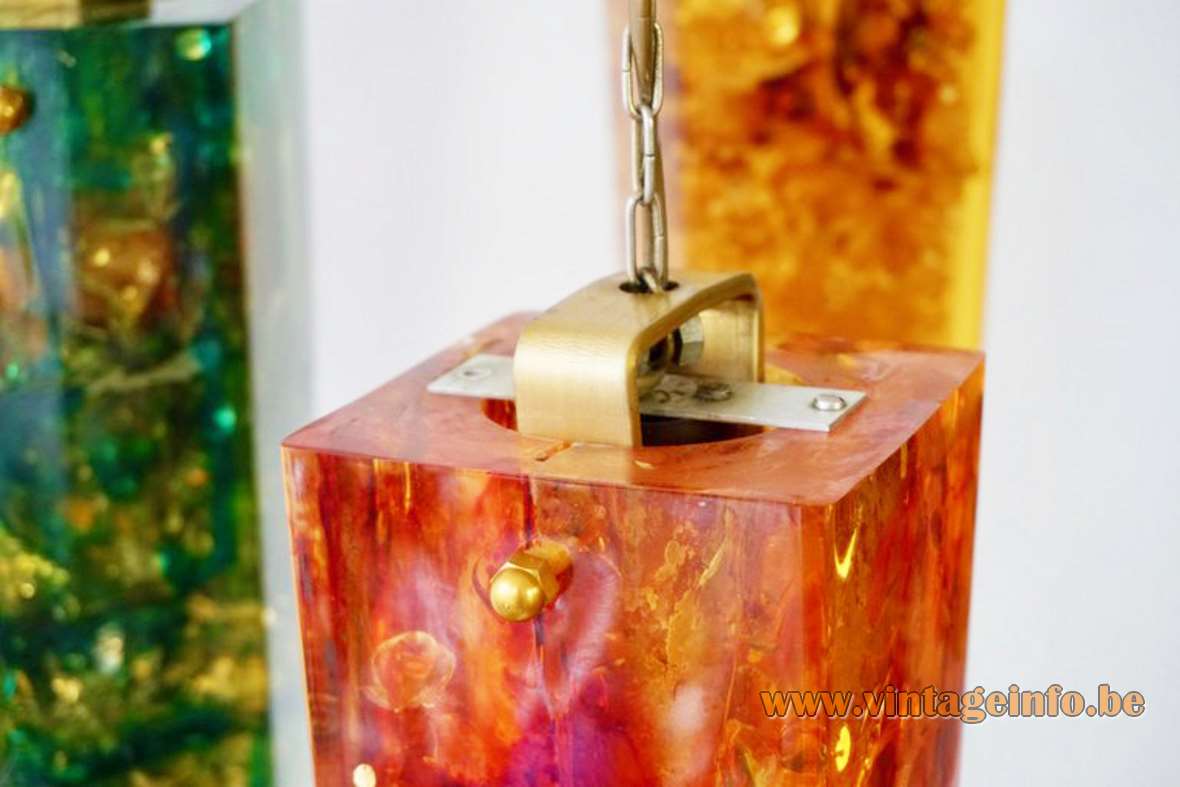 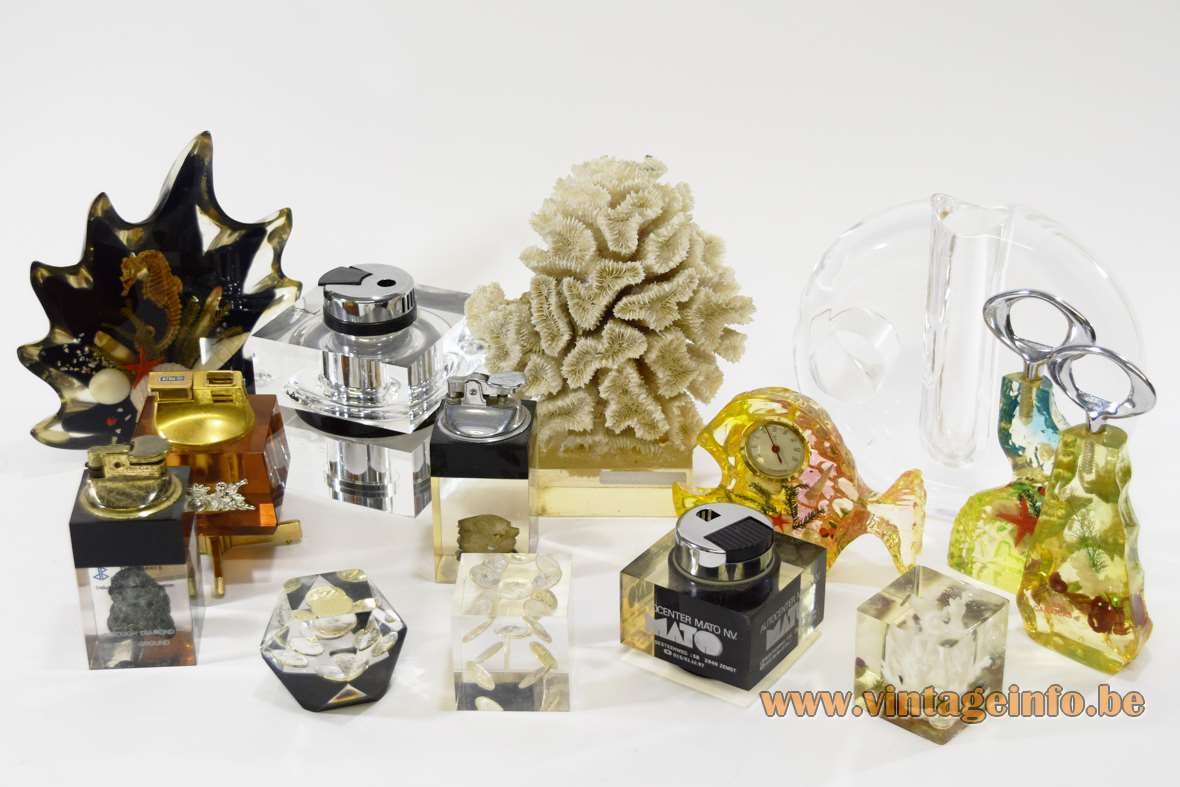 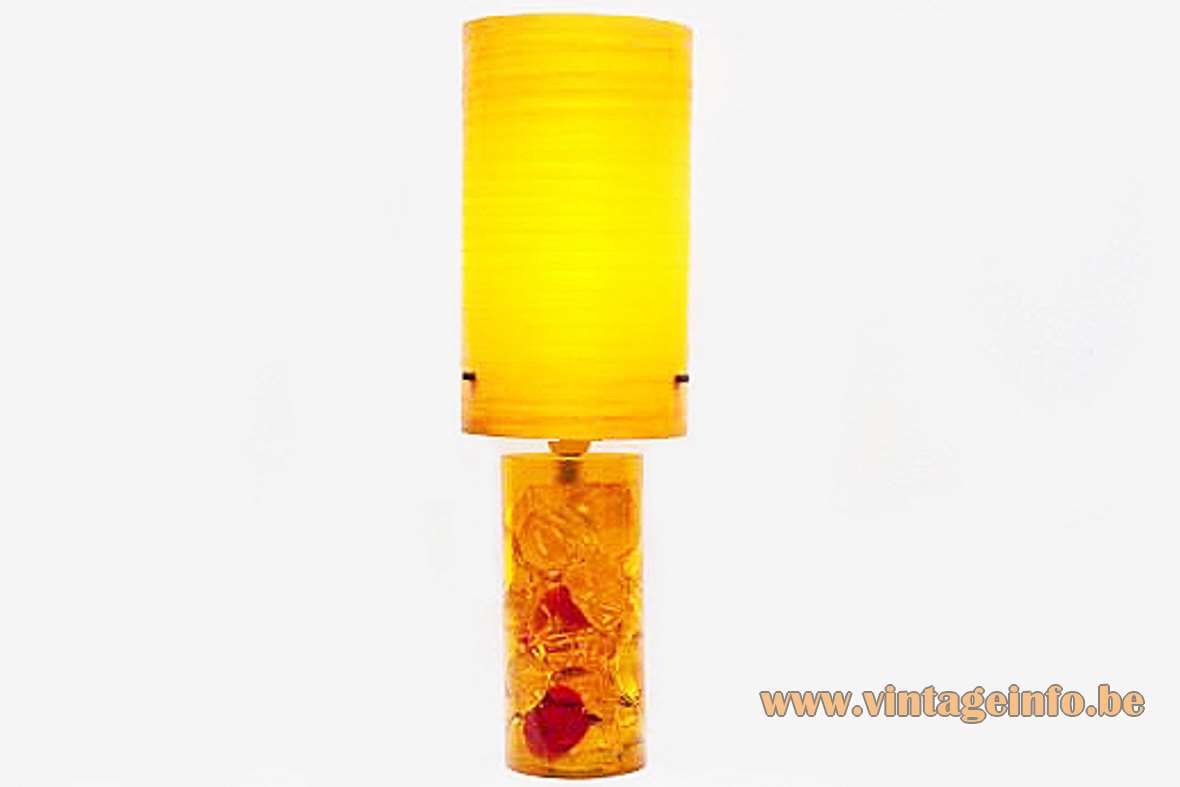 Other versions: This Pierre Giraudon fractal resin shatterline chandelier exists in all probability in several variations.

Pierre Giraudon was born in 1923 in Paris, France. After studying botany and biology at the Sorbonne university in Paris, he moved to Canada in 1949 where he was appointed to the Montreal Institute of Biology.

At that time in the United States the inclusion of specimens under transparent plastic material is developing. The purpose of this new technique is primarily educational: to make all the plant and animal world accessible to everybody.

Pierre Giraudon immediately sees all the possibilities that this new technique could offer. He returned to France and opened his laboratory in 1953: “La Société Bioplastique” (The Bioplastic Society). It establishes a first catalog of 150 pieces approved by the l’Éducation Nationale (National Education).

Recognition of his work in encouraged him to explore the artistic possibilities offered by this still fledgling technique. During the 1960s, 1970s and 1980s he made lamps, objects and sculptures in colored resin with or without inclusions. In the 1980s, Constance, his daughter continues his work.

His company Bioplastique officially ended business in 2002. Pierre Giraudon died on September 25, 2012. he was 89 years old.

Other artists/companies that used the same materials and technique were Henri Fernandez and Marie Claude de Fouquieres, also from France. They both made lamps, furniture and objects in this colorful shatterline fractal resin. It is possible that this chandelier was made by one of those great artists, or that they worked together with Pierre Giraudon for their creations. I could not find any proof for it. To be continued…

The Solarstein company from Germany produced ashtrays and lighters in this fractal resin. In the UK it was British Home Stores (BHS) that introduced lamps in fractal resin under the brand name Prova. They did not produce lamps, they were produced for the company. Who produced these fractal resin lamps is unknown. It could be Novoplast from the Czech Republic. BHS sold their rocket lamps in fiberglass, the same fiberglass as used for the lampshades.

The Prova name was among other things used for lamps and clothing. The fractal resin lamps are all table lamps with or without a fiberglass lampshade. They were made in many variations.

The use of synthetic resin inclusions became hugely popular in the late 60s, early 70s. Everywhere you went they sold it. It was used for lighters, ashtrays, tourist souvenirs, vases, paper weights, fossils, minerals, corals, animals, coins and so on.

In France they say resin fractal, in the UK shatterline/shatteline crushed ice resin.

Pierre Giraudon – A personality of the city – in French