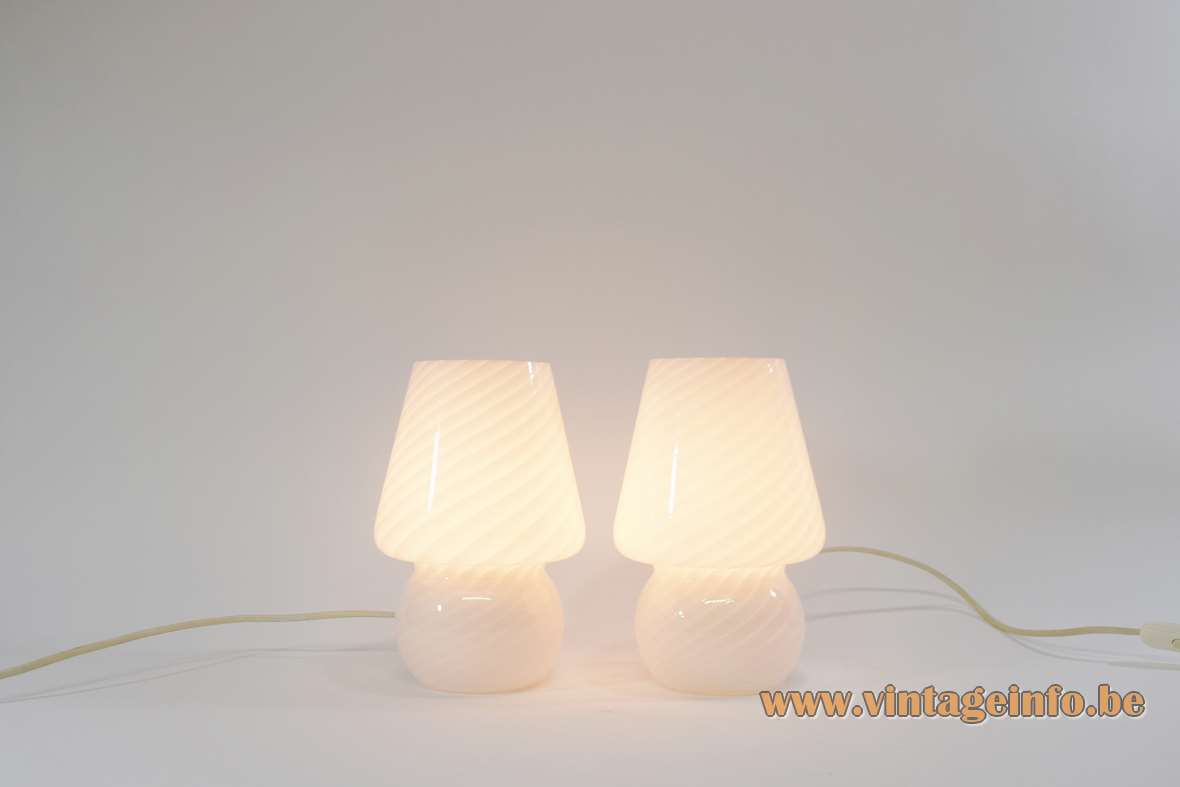 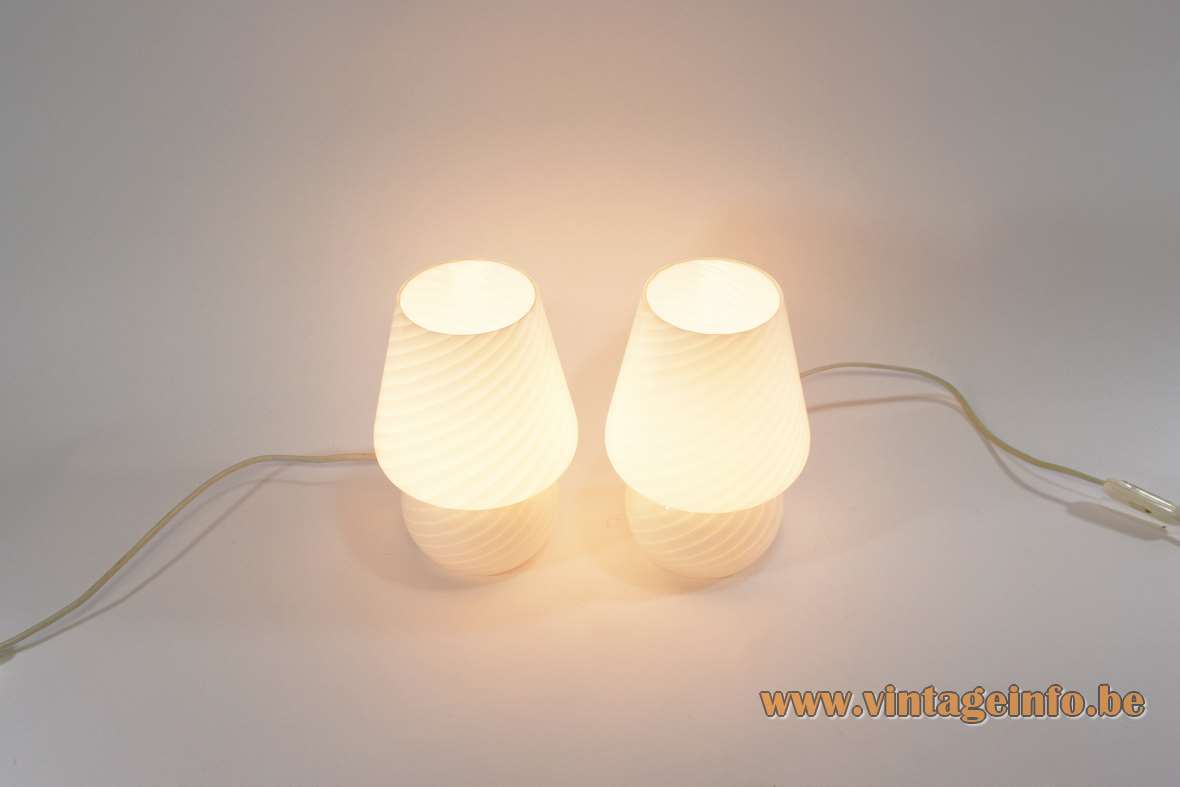 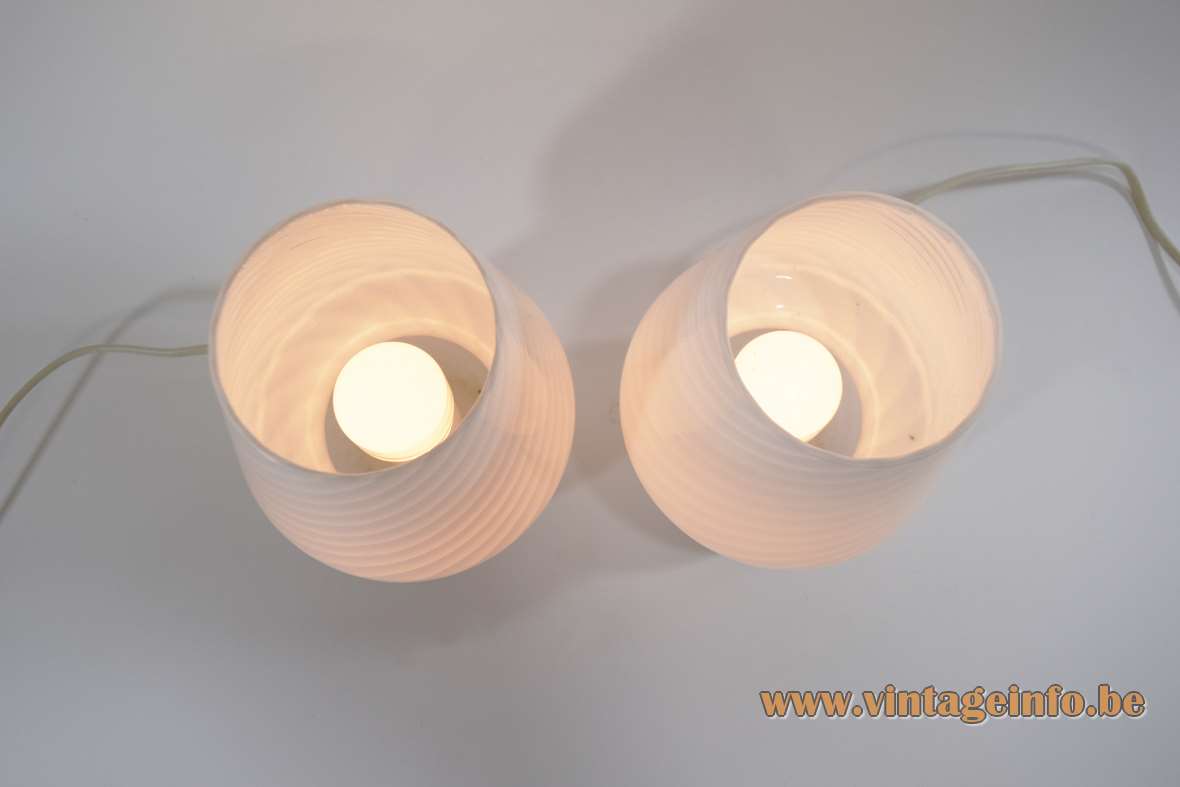 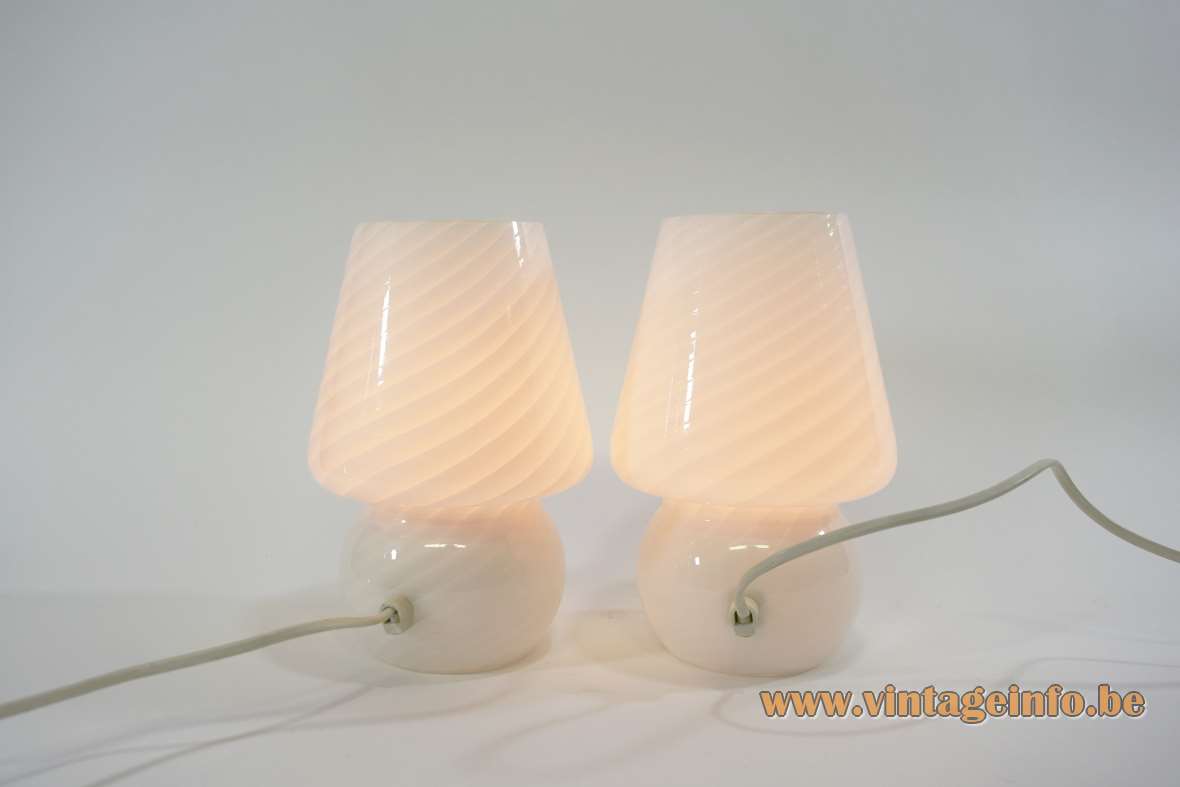 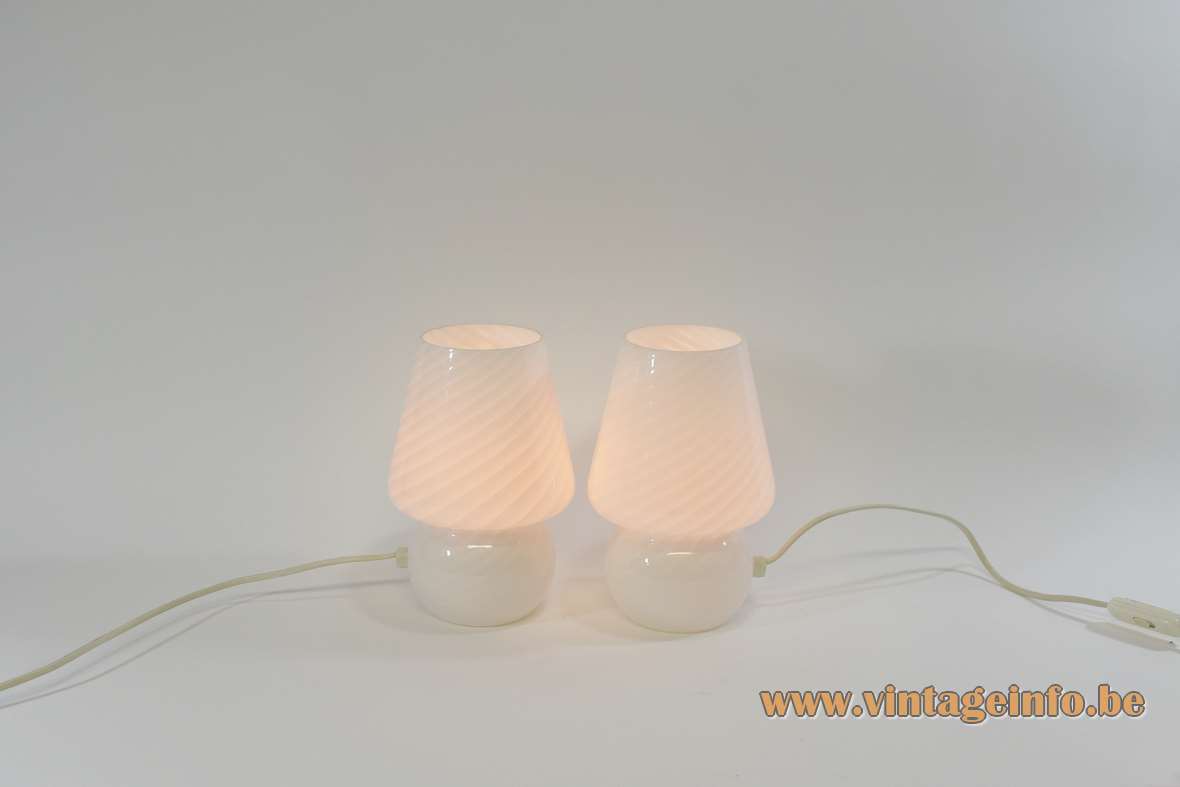 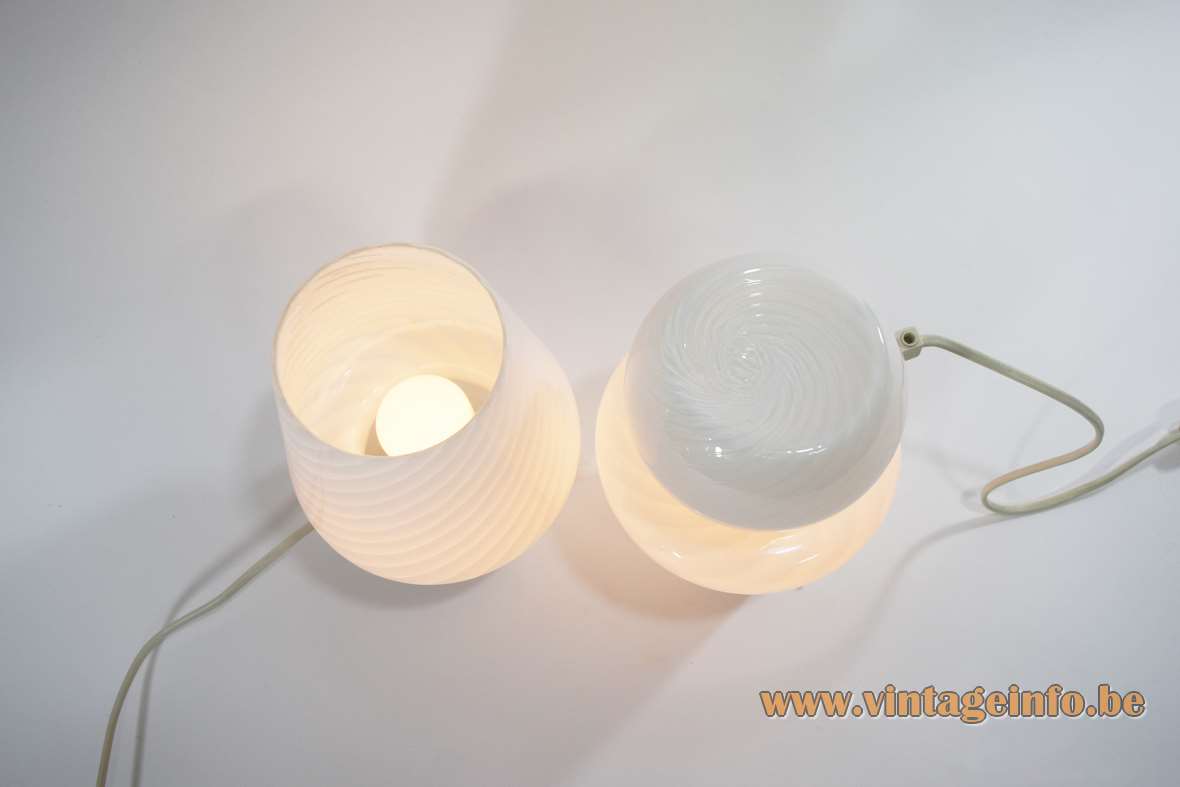 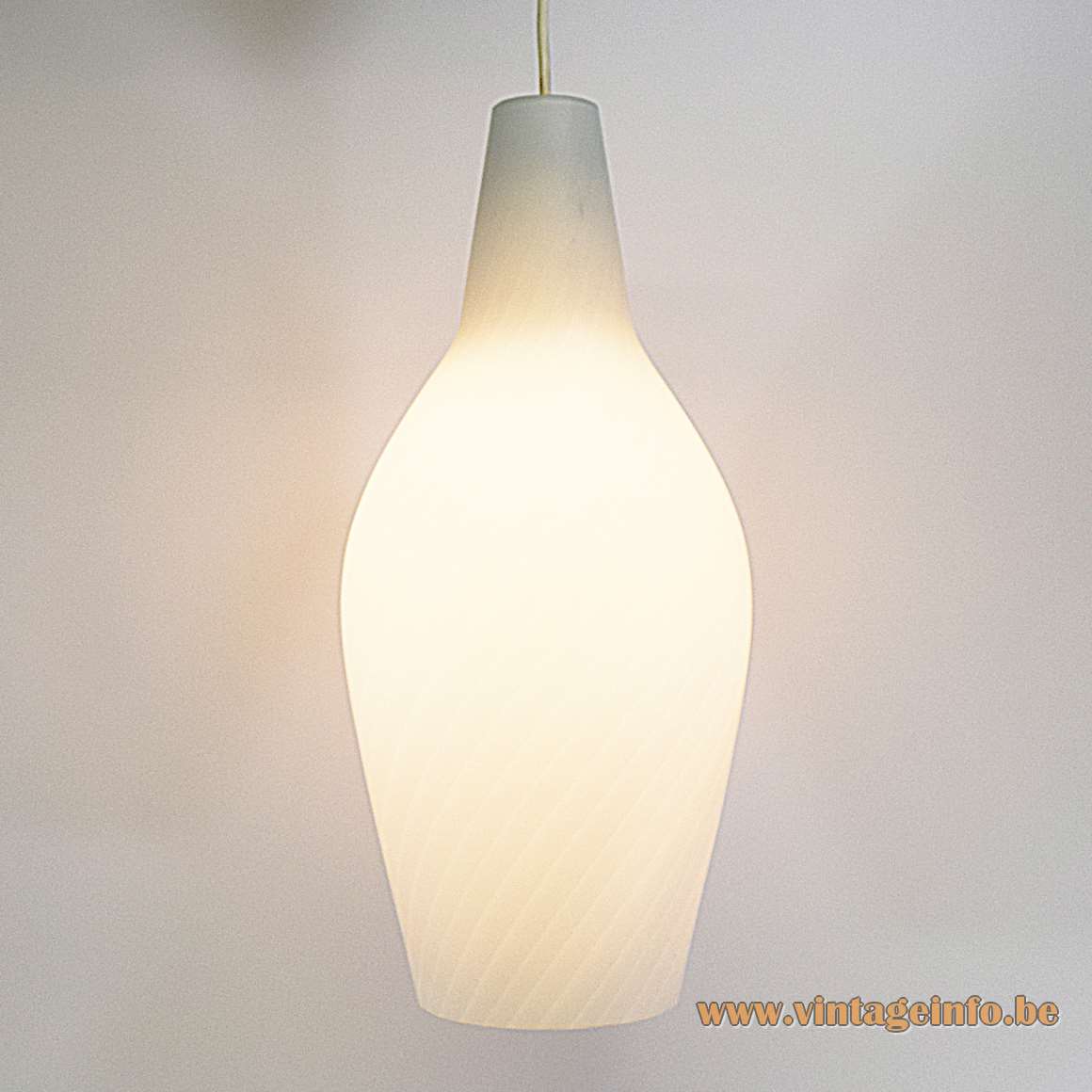 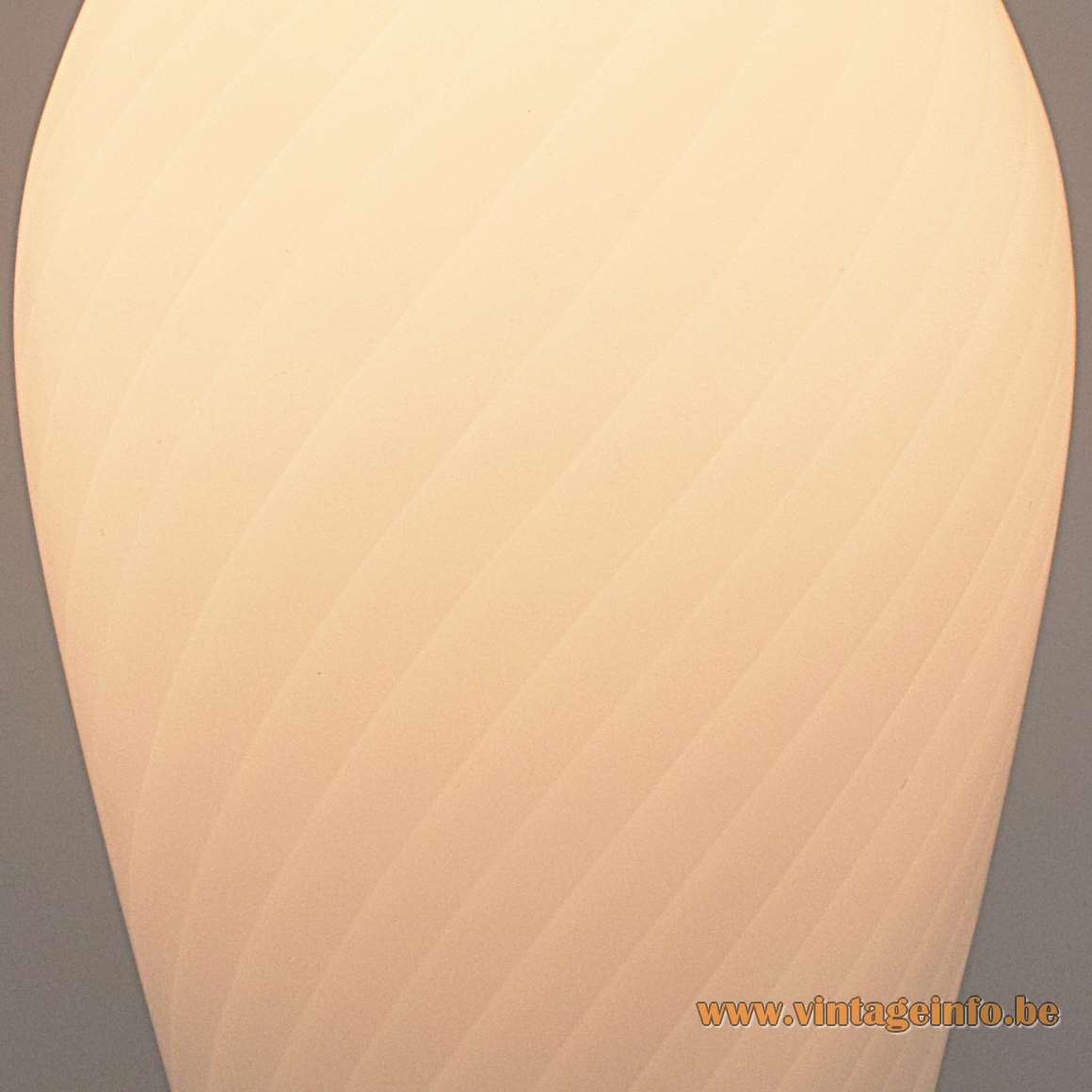 In 2008 the name Peill + Putzler was re-used for several years for among others the Wagenfeld lighting of the German lighting company of Paul Neuhaus..

These table lamps are often presented as a lamp from Murano, Italy. Similar lamps were produced on the island. It appears that Venini and some other companies made lamps like these. Several other lamp producers sold similar lamps, often made in China. You find them regularly for sale as a lamp from the Vetri company. Vetri is only the Italian word for glass. Cheap made copies were among others sold by Massive from Belgium. You can find them in many colours.

These lamps are a late production from the 1990s. The electric parts are from that period. In all probability produced in Slovenia, Poland or the Czech Republic. You find these lamps with electric parts that were made from the 1950s until now. Several variations were produced.

Below a pendant lamp with the same stripes he designed in the 1950s. They were produced for a very long time.

Aloys Ferdinand Gangkofner was born in Reichenberg, Germany in 1920. He studied at the Staatliche Fachschule für Glasindustrie (State Technical College for the Glass Industry) in Zwiesel for 1934 until 1935. He worked as a freelancer for Peill + Putzler from 1953 until 1958. Several of his designs were also sold by Raak Amsterdam, but were produced by Peill + Putzler. He designed several lamps with the same stripes as these ones.

Later he started to work as an independent for, among others, Erco lighting, also from Germany. Gangkofner also designed lamps in the 1960’s for Reininghaus & Co from Lüdenscheid, Germany which won several iFdesign awards. He past away in Munich (München), Germany in 2003.