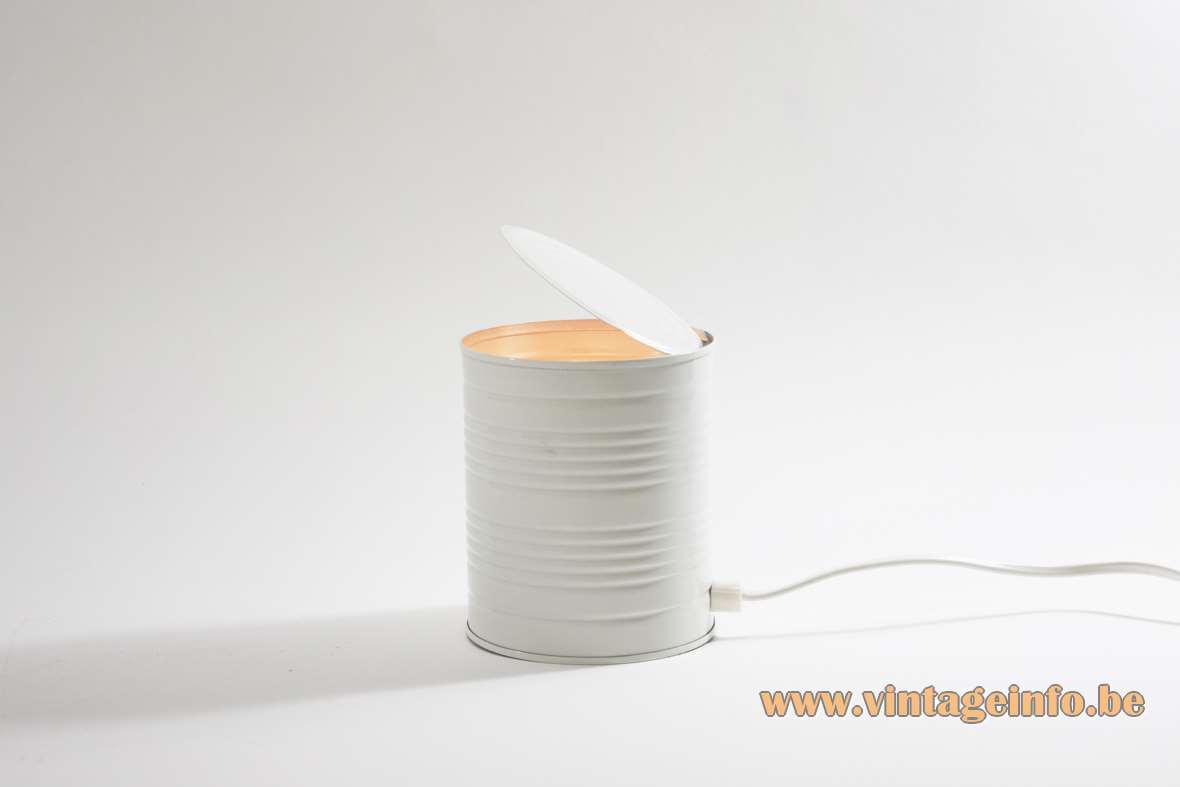 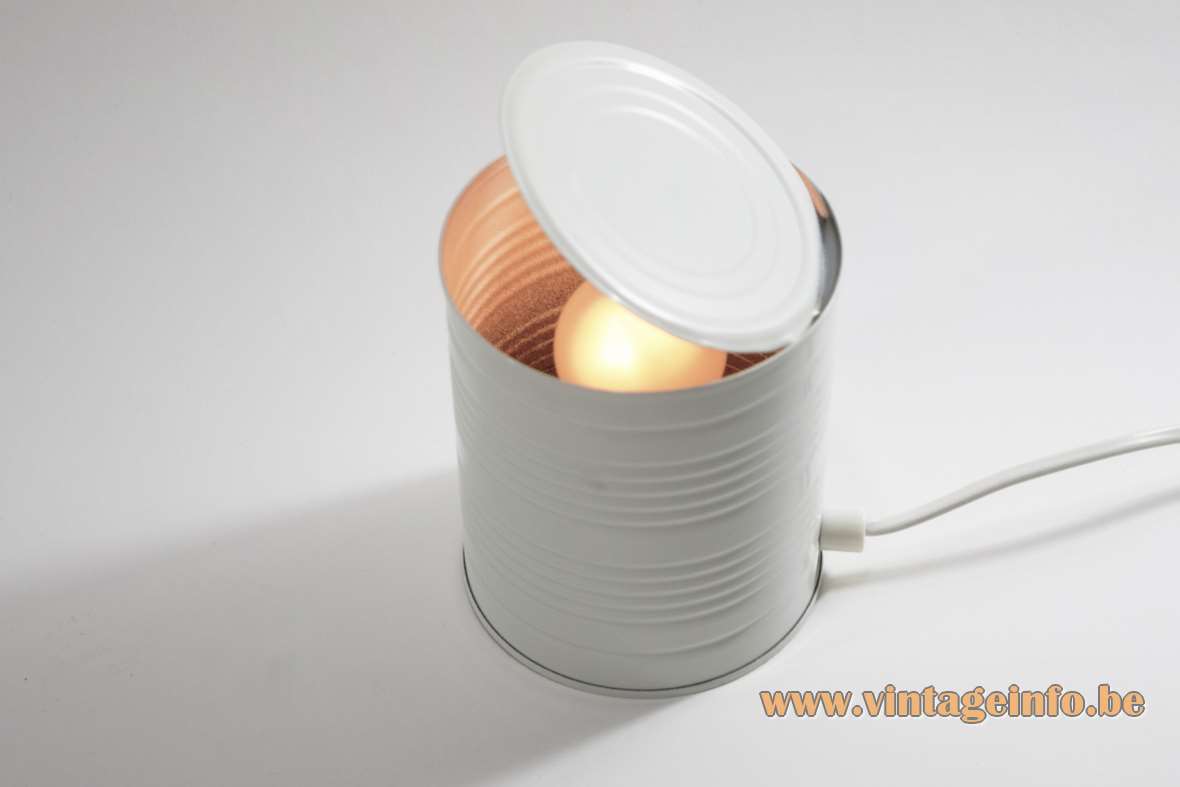 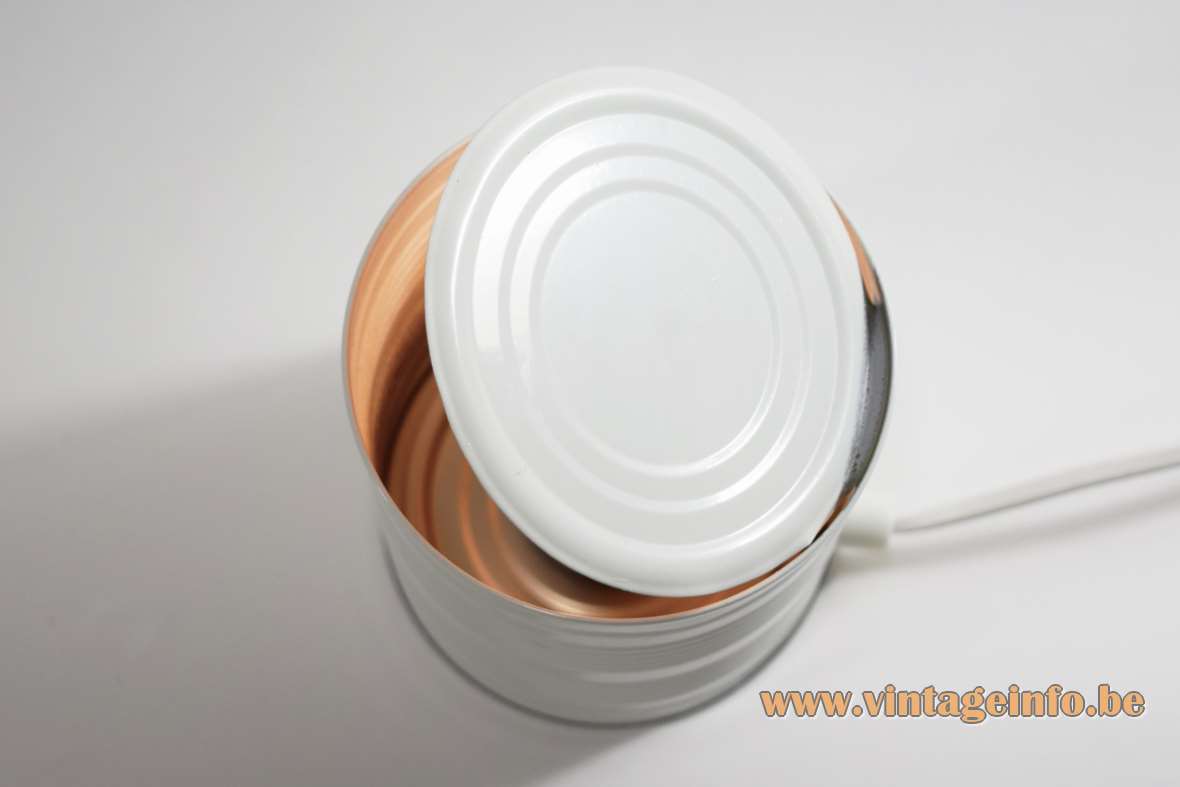 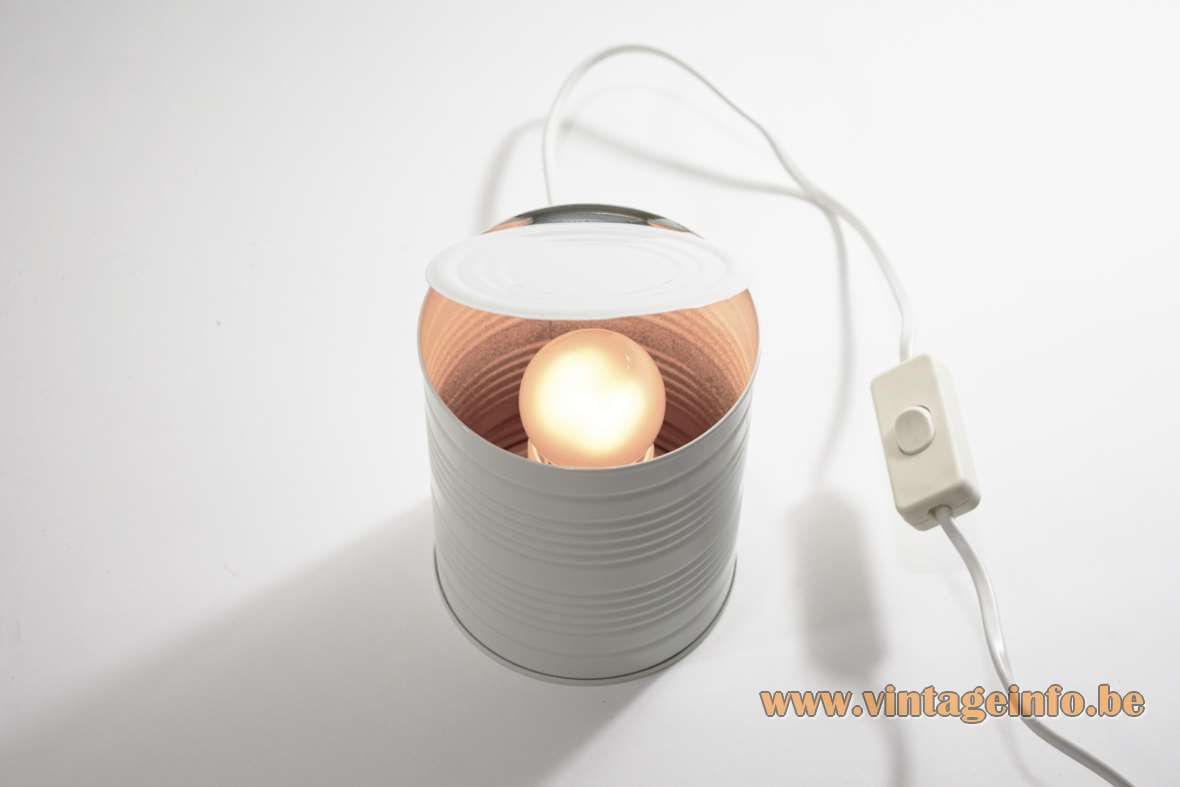 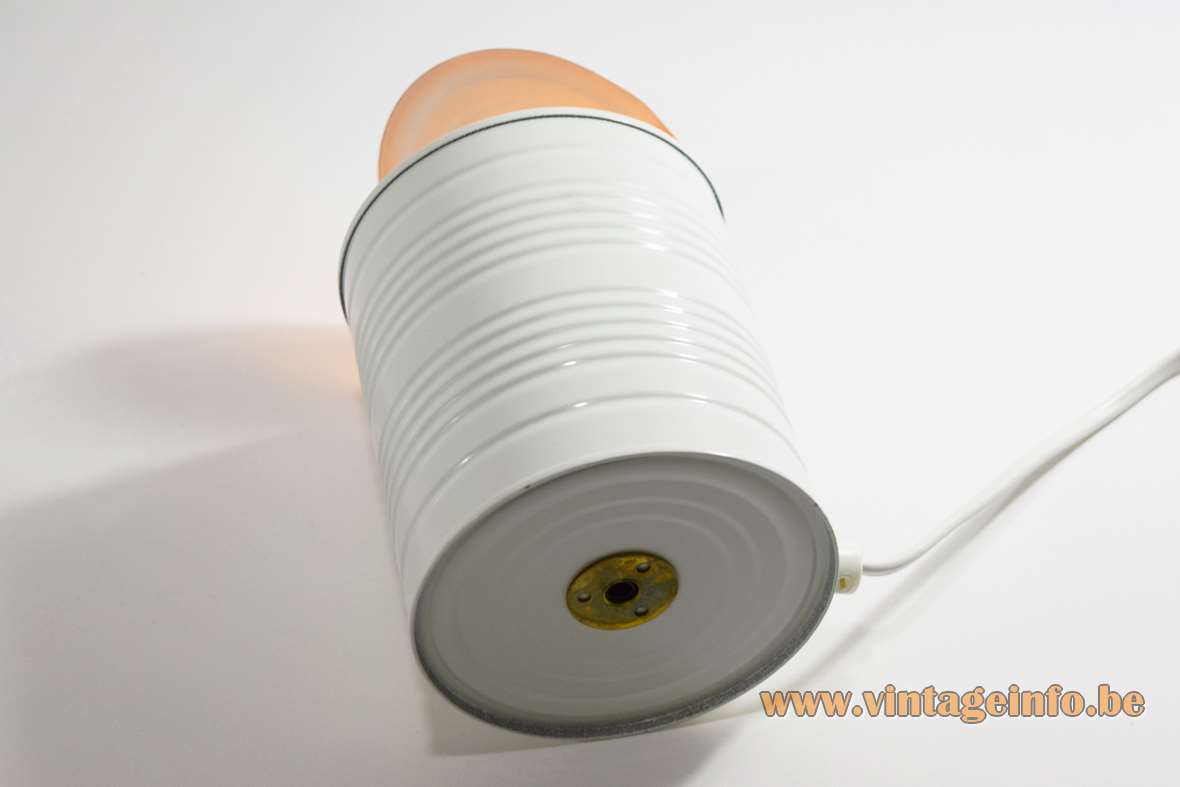 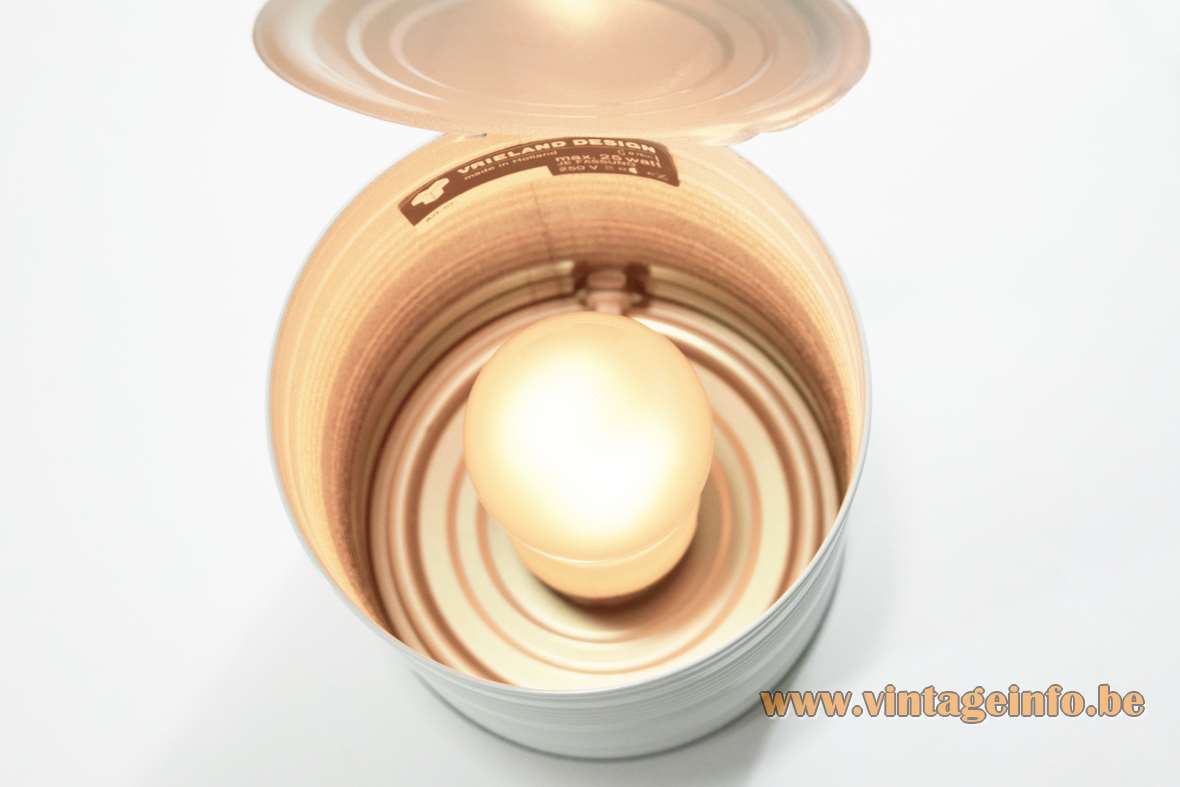 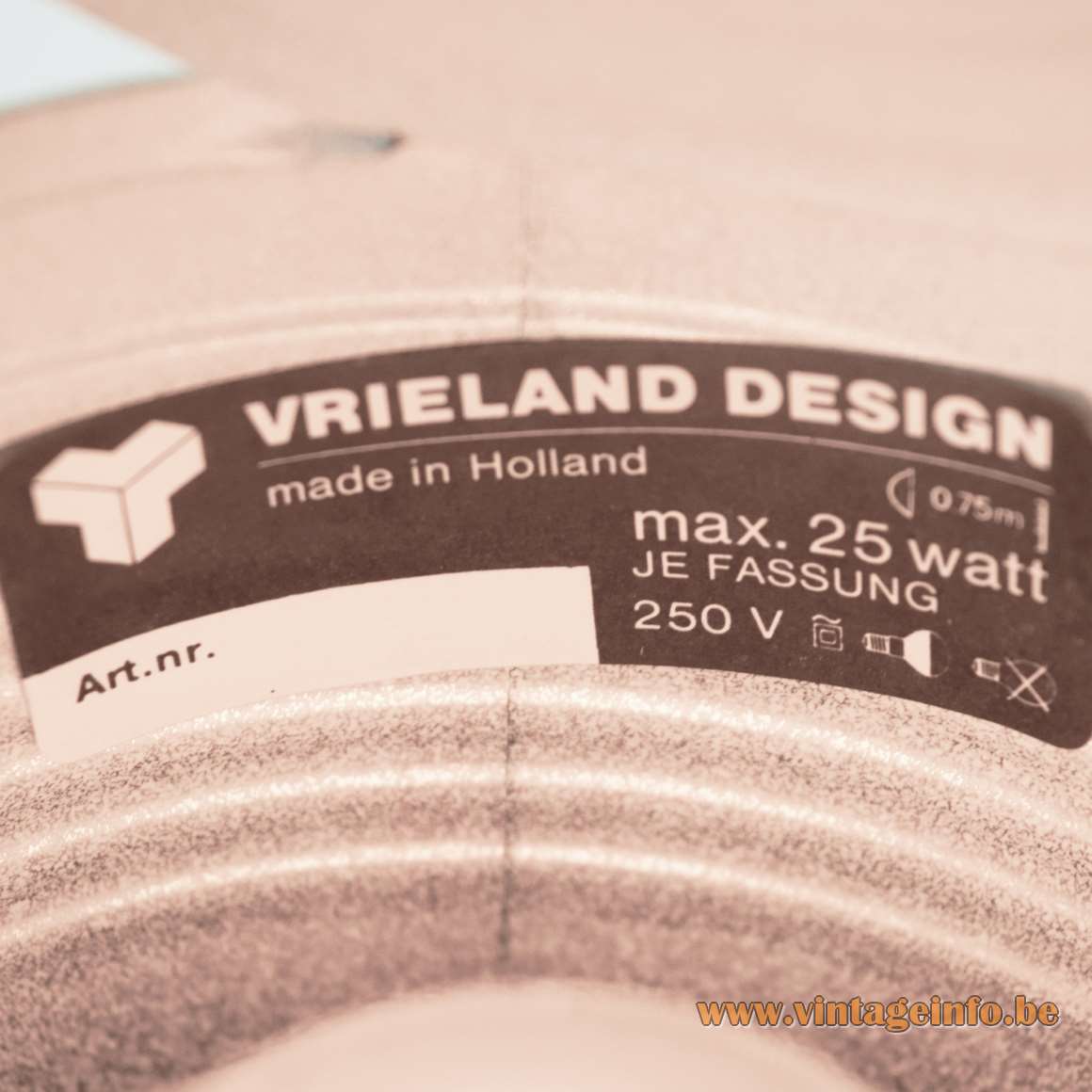 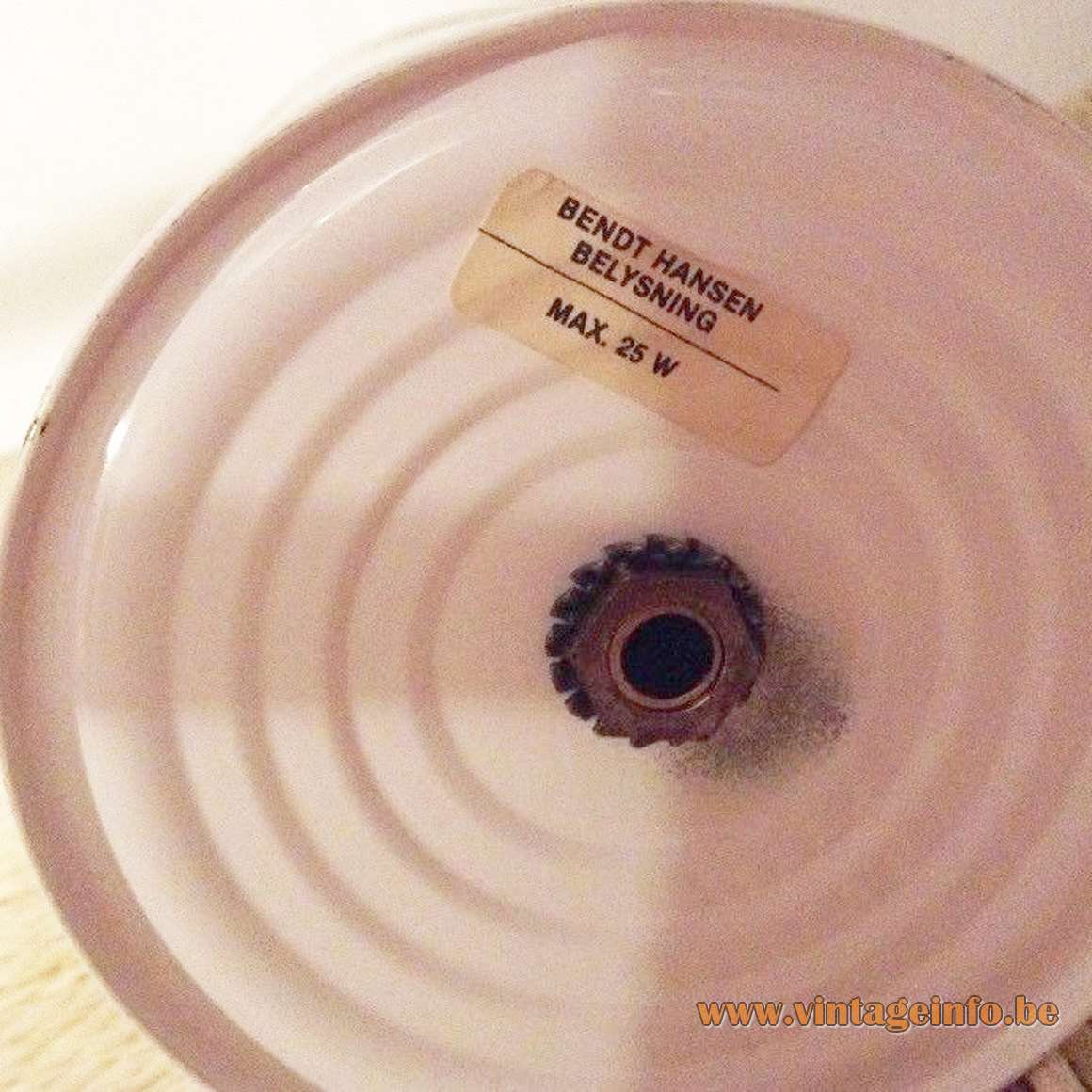 Vrieland Design produced many lamps. Their main designer was Ad van Berlo. He was also awarded for the Sweazy desk lamp in 1987. Ad van Berlo founded his design agency VanBerlo in 1982, after his graduation at the Design Academy Eindhoven.

Vrieland Design was active from the late 1970s until the 1990s, to see on the lamps they sold and the labels. Labels from the 1990s have the CE logo on their labels when it became mandatory in the European Union. Not to be confused with the Chinese label CE, what stands for China Export and is almost identical.

This lamp was produced in Germany by an unknown company. The label says Je Fassung 25 Watt, German for: Each socket 25 Watt. In Dutch it should be: Elke lamp 25 watt.

This tin can table lamp was also sold by Bendt Hansen Belysning from Denmark. The company was active in the 1980s.

Today (2018) a new version of this lamp exists. It is named LichtDosis. It should be a design by the German Ralf Stössel, if you can call this good idea a design. This table lamp is 30 cm / 11.81” high.

This Vrieland Design tin can table lamp is much older, it was figured out almost 40 years before this designer came op with the same idea. According to their website he is designing light for almost 20 years. So we still do not know who actually designed this table lamp.

The CE marking is required in… Cemarking.net

Tin can lamps on Google Images